"WHEN AN EAGLE & A MAGPIE PLAY CHICKEN" - Bald Eagle & Magpie

"WHEN AN EAGLE & A MAGPIE PLAY CHICKEN"

The Bald Eagle a large & truly magnificent bird of prey. Its vision is 4 to 5 times that of a human and with 4 talons on each foot, it is a formidable hunter and sometimes scavenger (Photo #1 through Photo #4).

And then there is the Black-billed Magpie. A large flashy relative of jays & crows, it is a social & intelligent creature. One particular magpie decided to take on this Bald Eagle, alone, in what can only be described as a game of chicken. I believe it had figured out, long before I did, that the way the eagle had perched with its talons in a position for a northerly take-off, that if it approached from the south, there was little the eagle could do to defend itself without putting its body off balance.

It proceeded to attack the eagle from the south, with extremely gutsy manoeuvres (Photo #5 through Photo #9), at one point going directly up the back of the eagle's tail & back feathers (Photo #9). It was interesting, for once, to see a "duel" between these two birds from the magpie's perspective.

It was a quick look through the legs (Photo #10) and then the eagle was off. 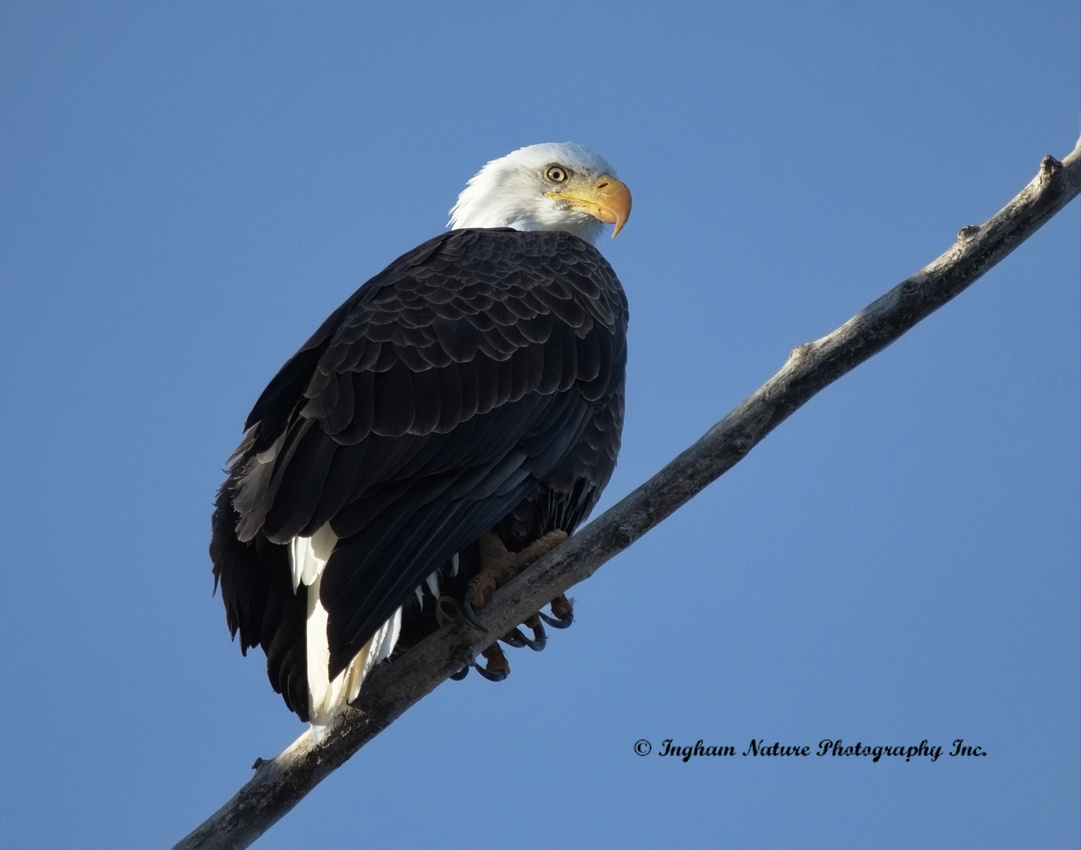 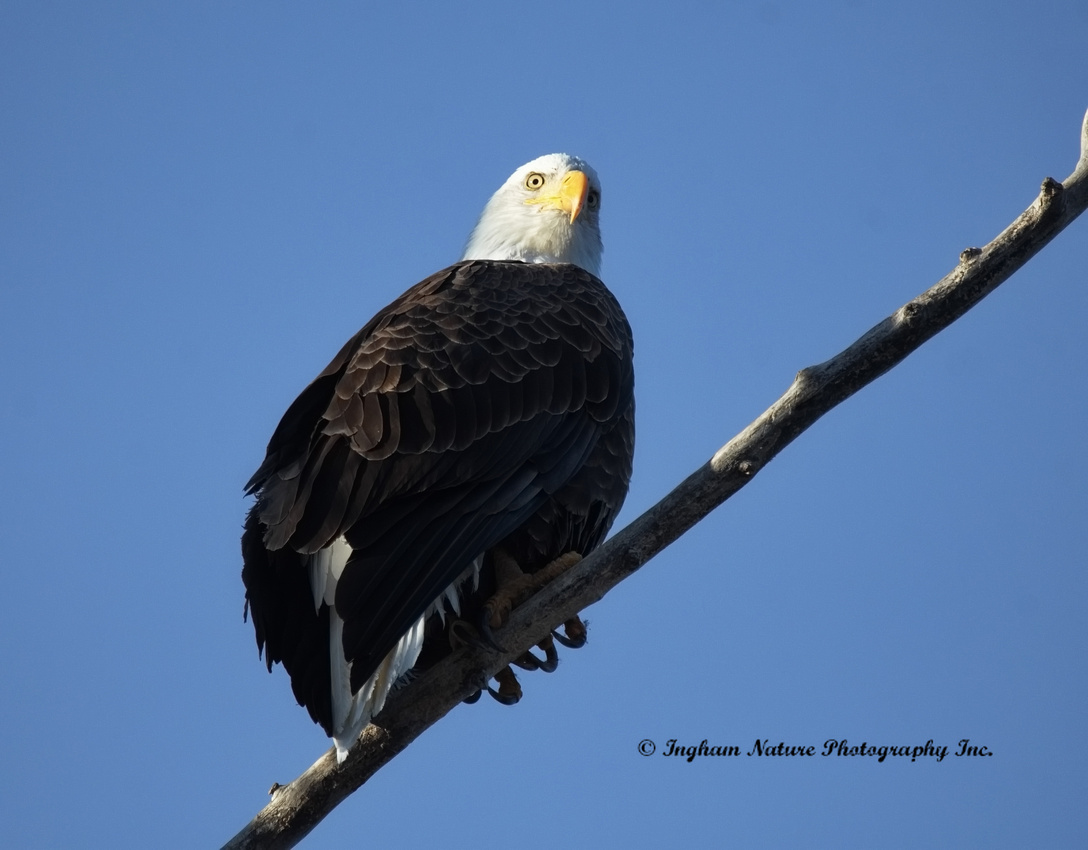 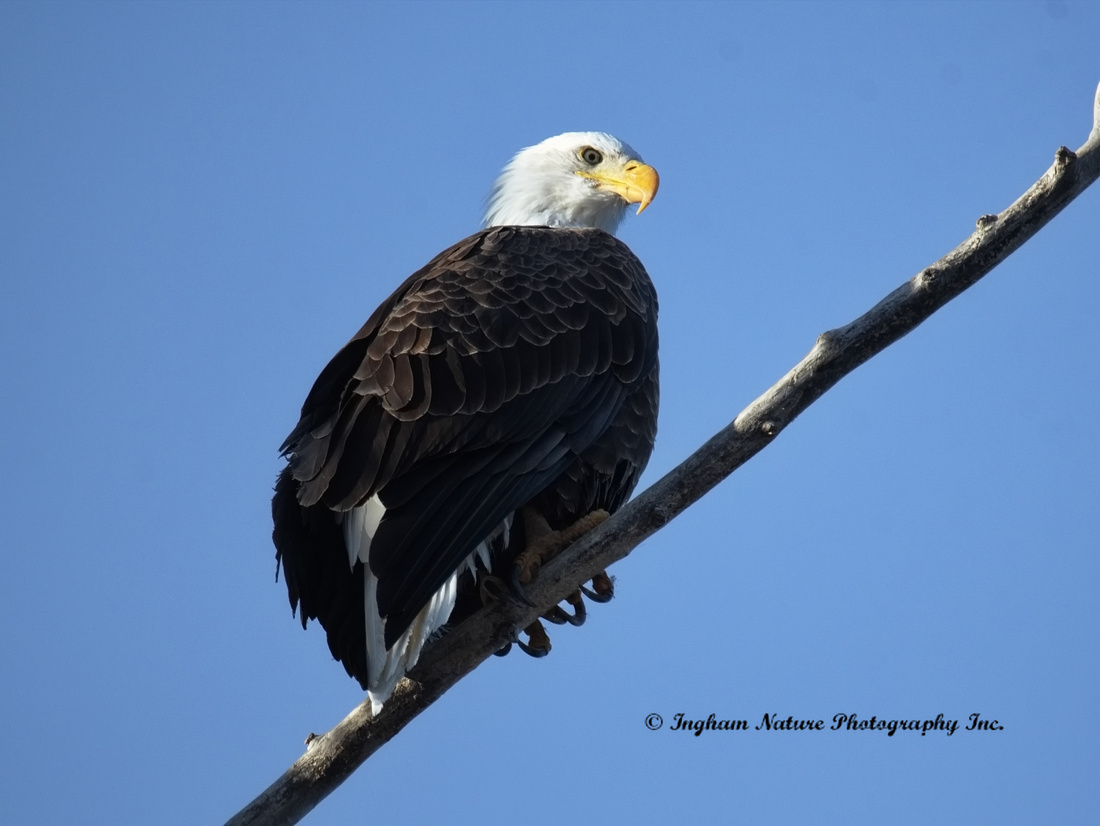 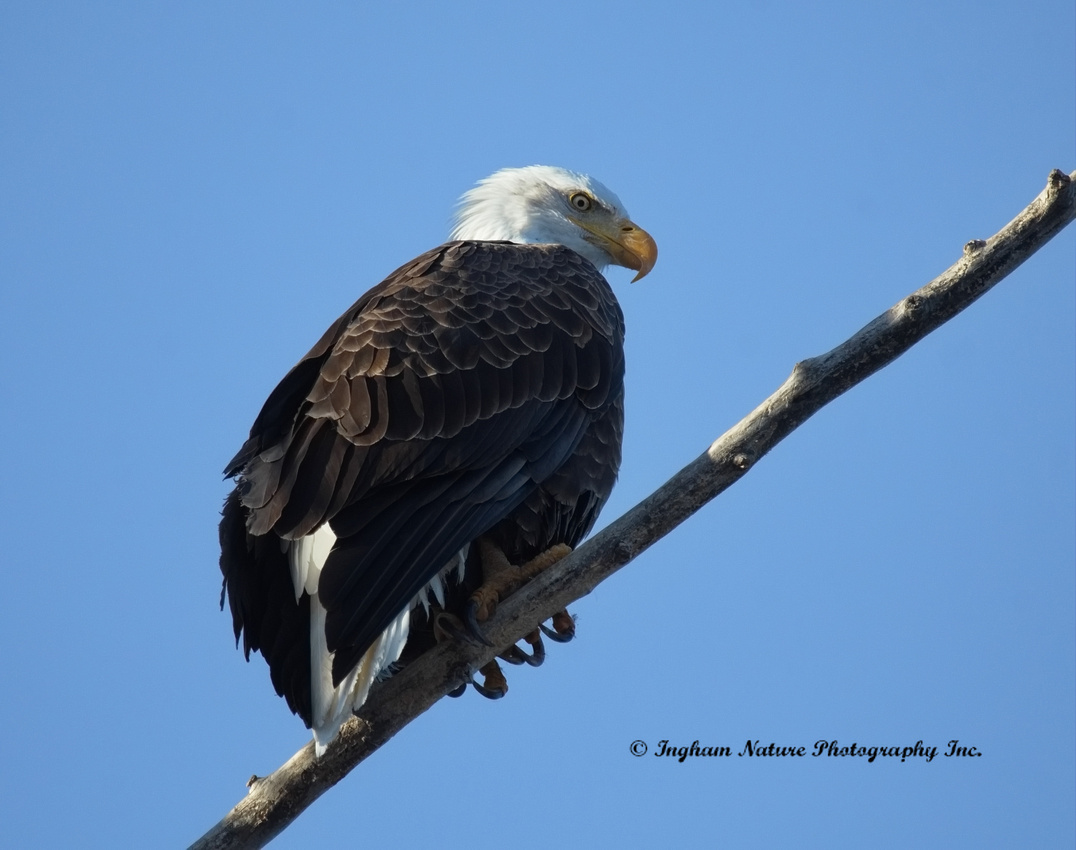 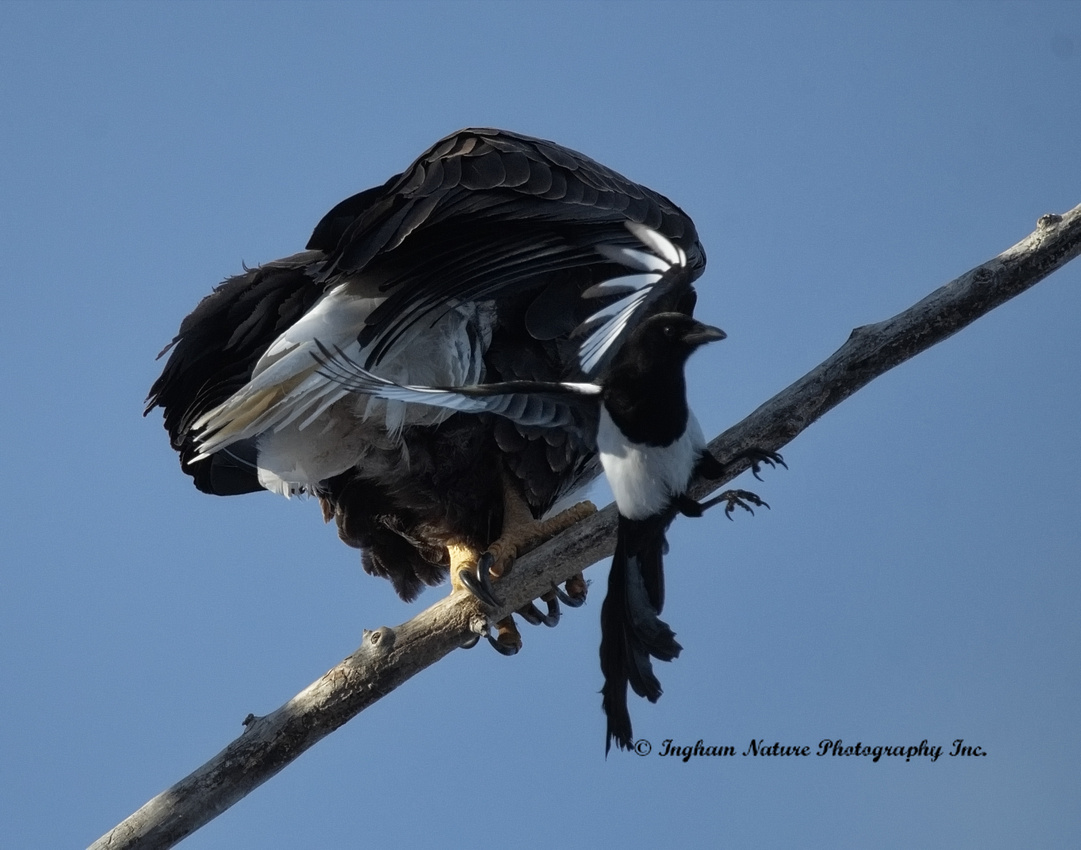 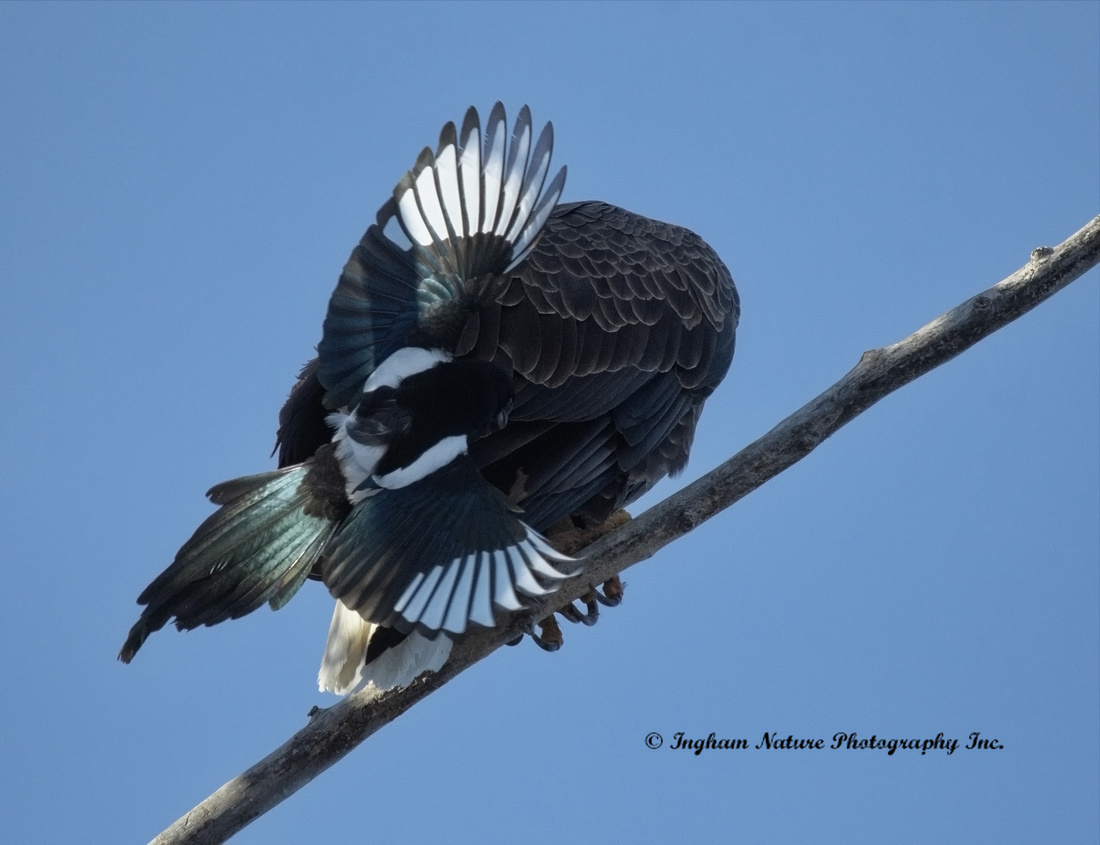 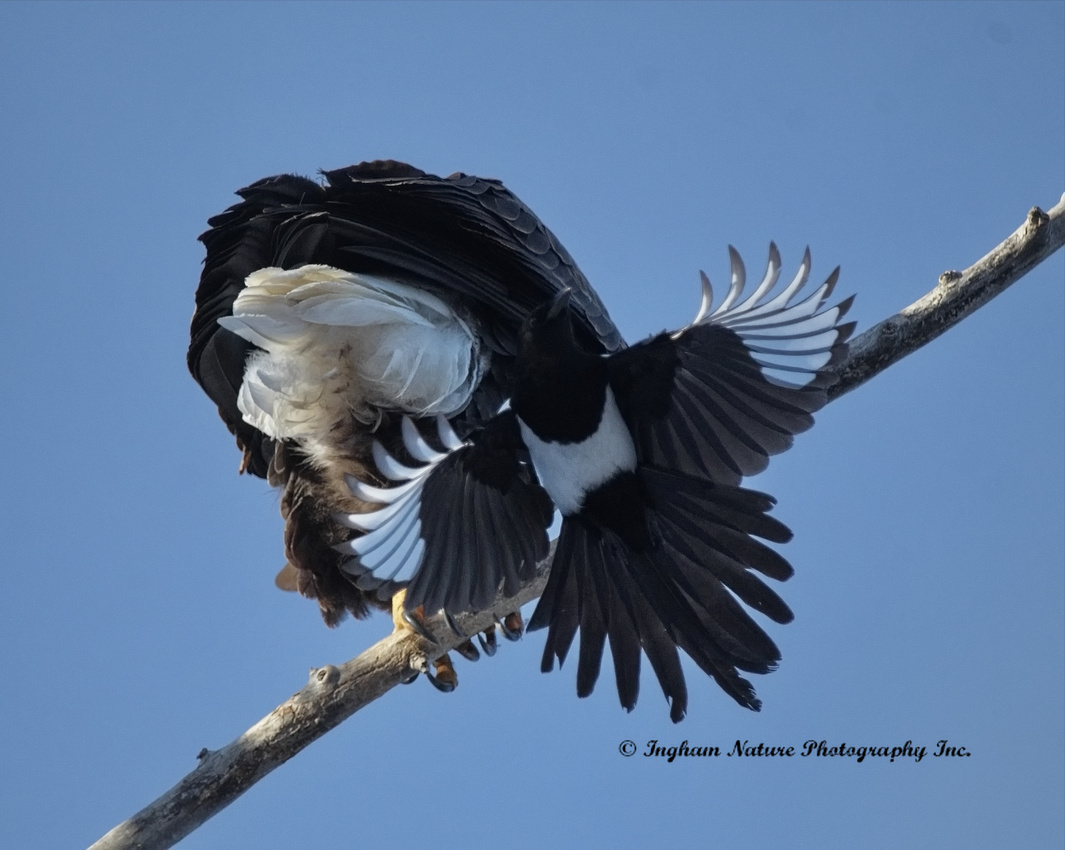 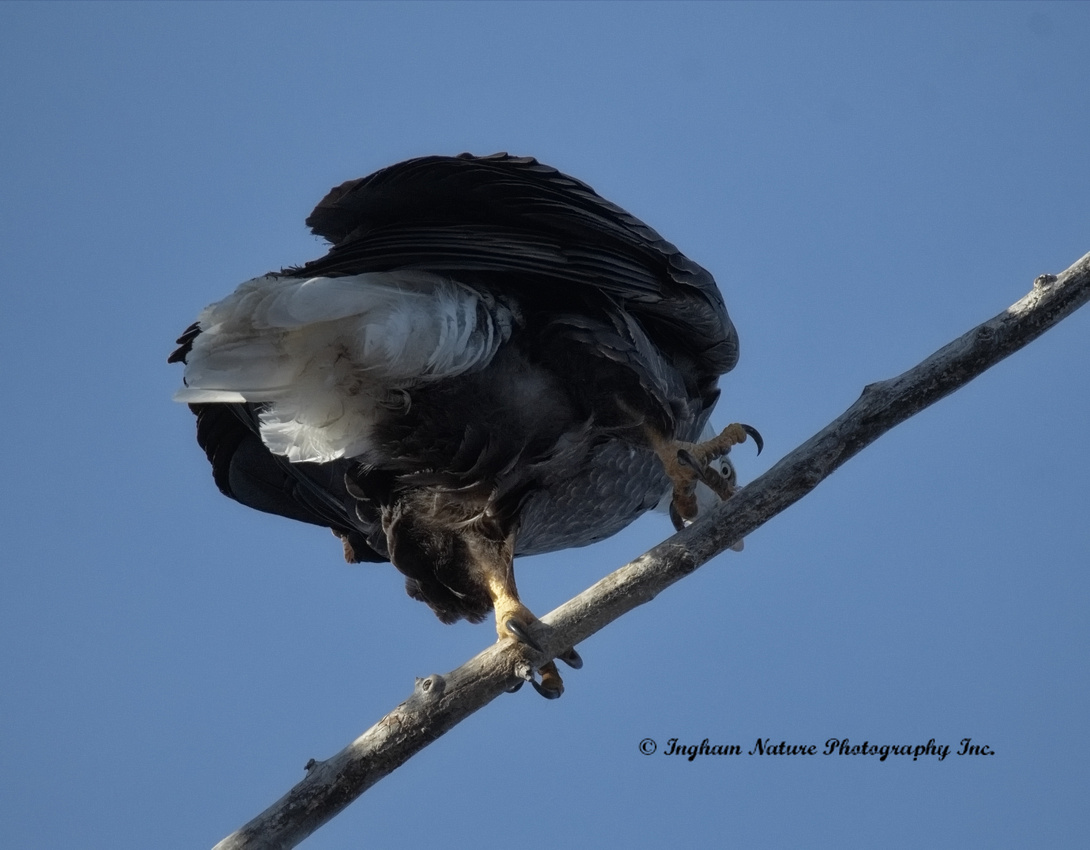