Firstly and most importantly, the Great Horned Owl depicted in the photos below is NOT injured.

I had been given a tip from a fellow photographer that he had seen a Great Horned Owl sitting in the snow on a frozen creek. Now it was at least a 20 minute walk to the site, even longer going the scenic route and that would mean that the owl had already been there at least that length of time already. So what are the chances of it still being there.

Well if you don't try - you don't get. So off I walked, took the scenic route around the creek as I thought it would bring me to the best spot to achieve shots without too much obstruction. And there was the owl sitting in the snow, with ravens in the trees lining the edge of the creek.

As the ravens were quietly waiting in the trees, subsequently joined by magpies, this owl was most likely sitting on a freshly killed prey and not wanting it to be eaten by those "uninvited guests", it was literally sitting it out, waiting until the ravens got bored and left. You can see from the angles of its head, it was keeping a close watch on the comings and goings of the smaller birds.

And eventually it did fly off, with a small dead bird in its talons, hotly pursued by ravens & magpies hoping to obtain a piece of the "action". 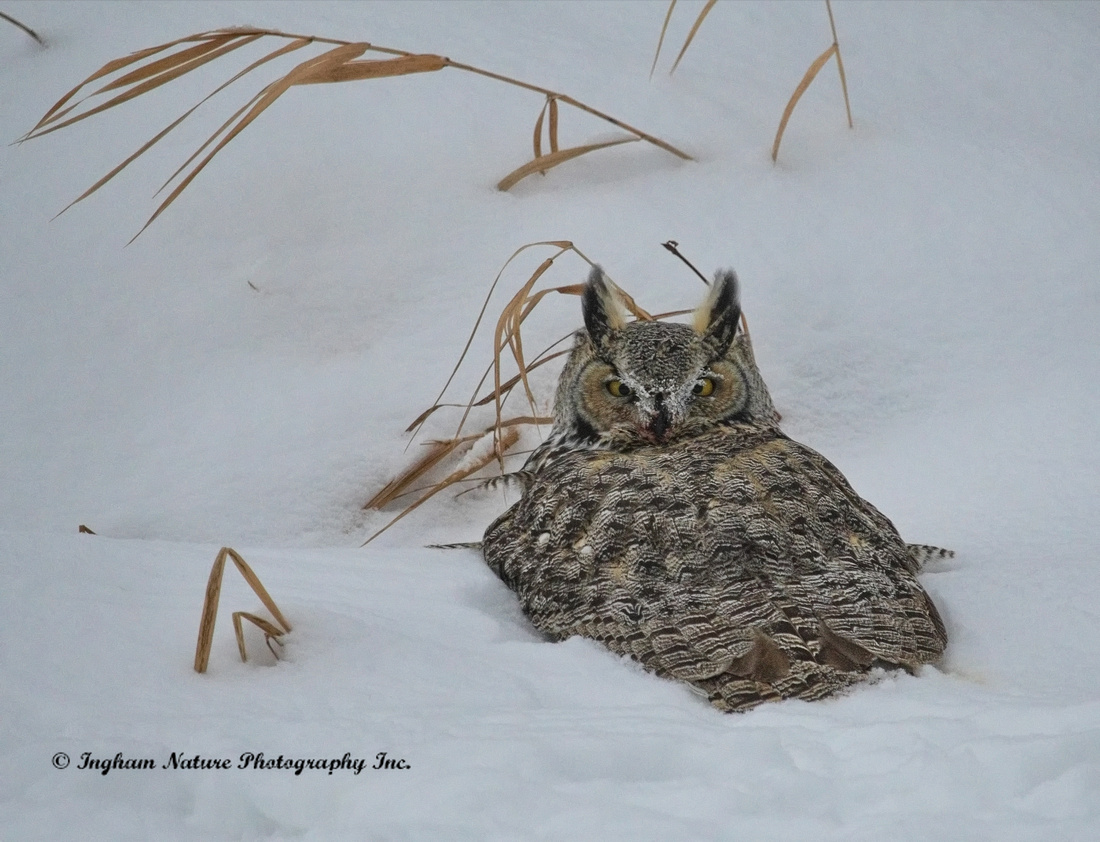 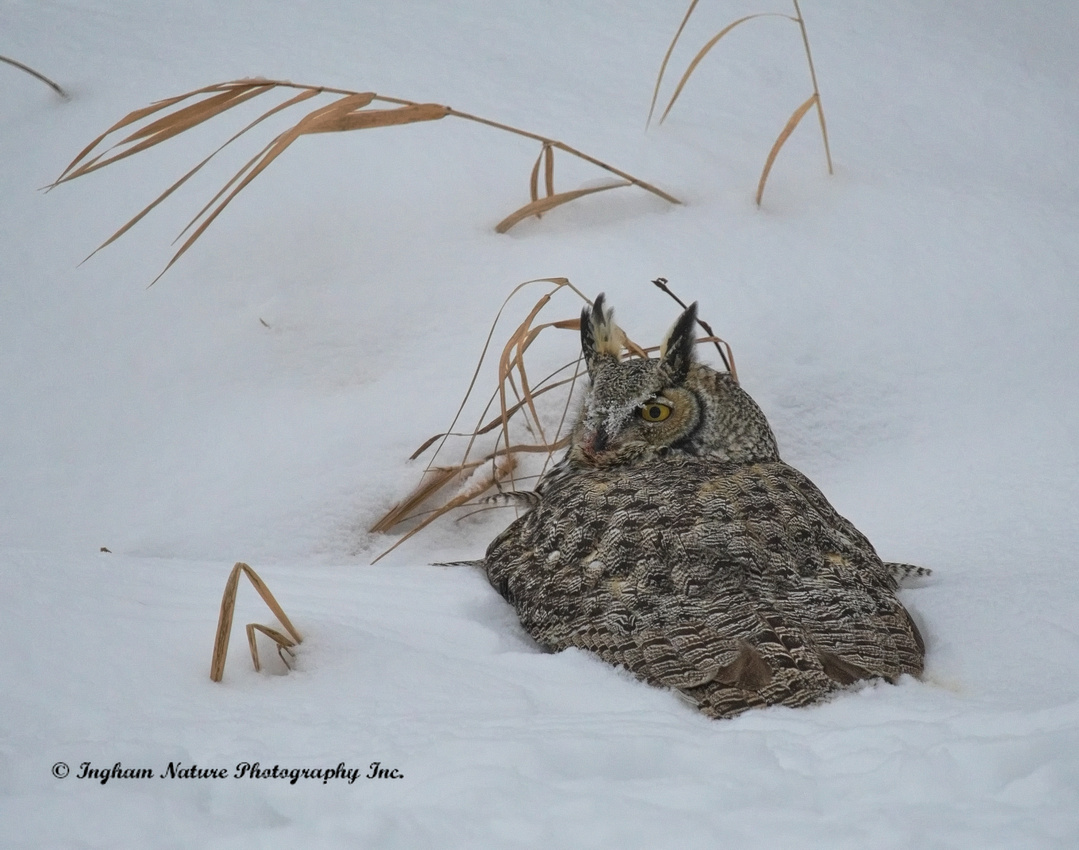 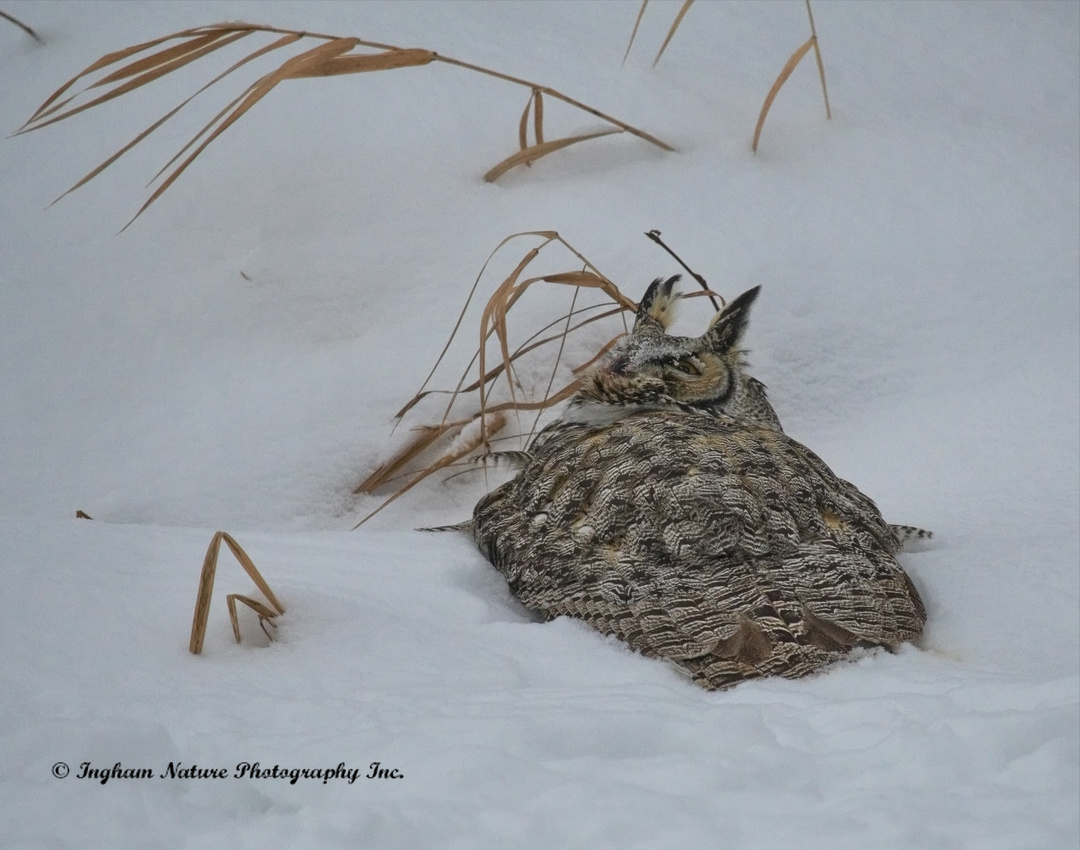 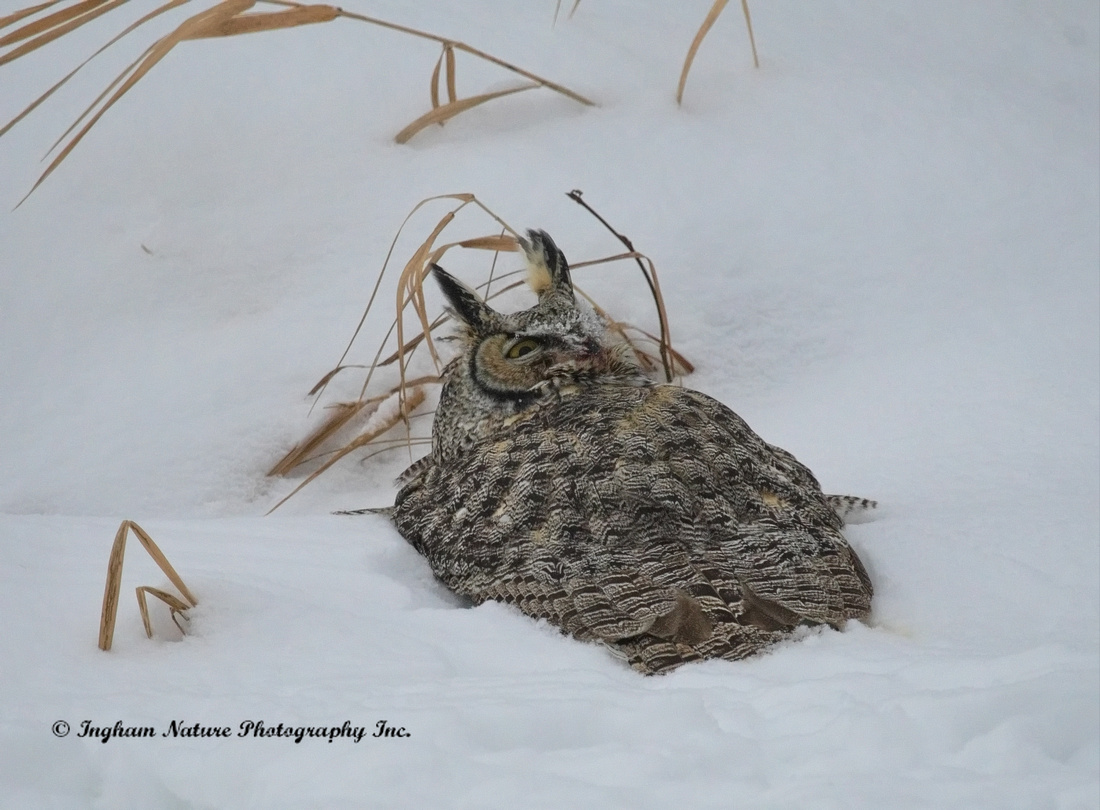 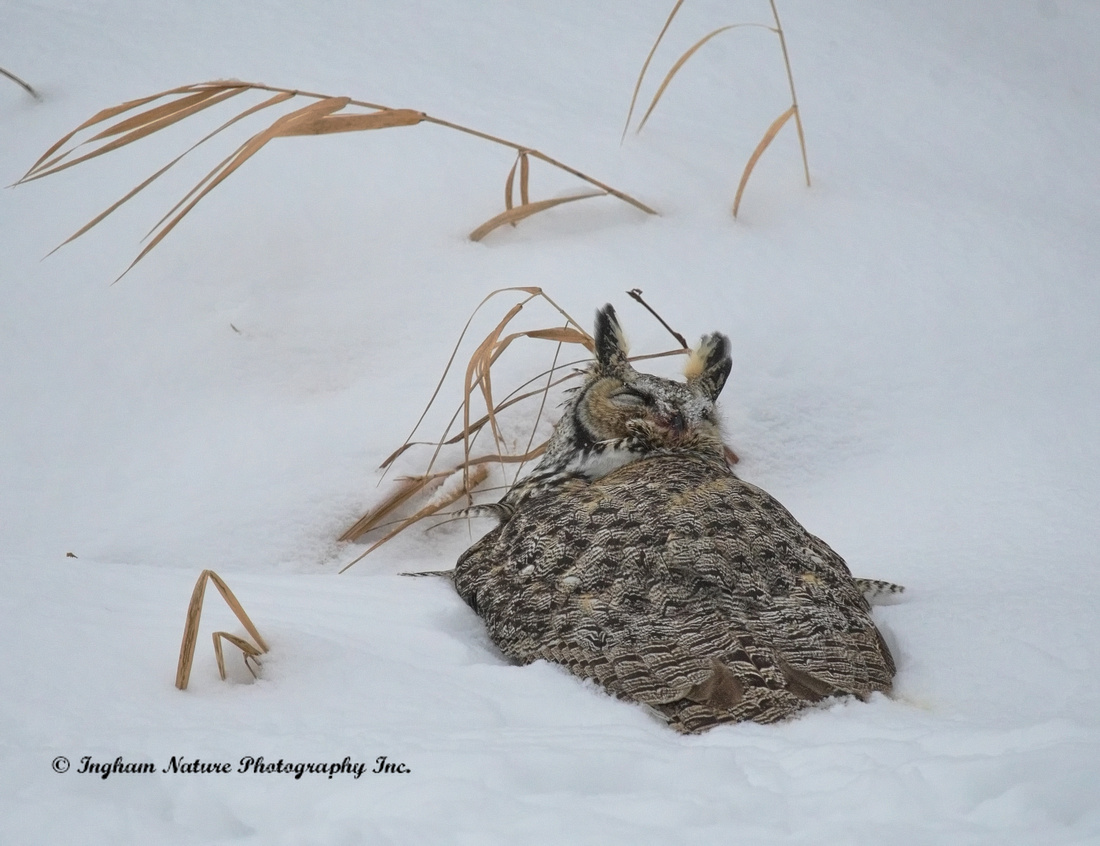 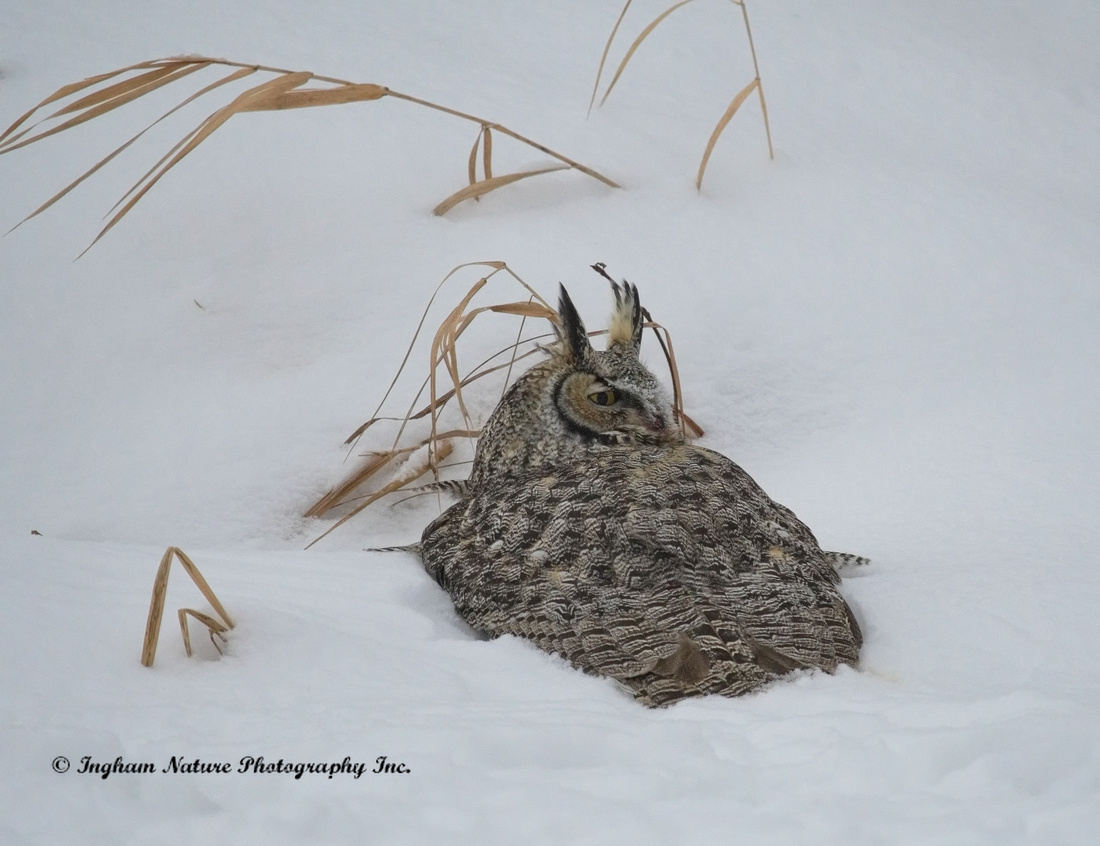 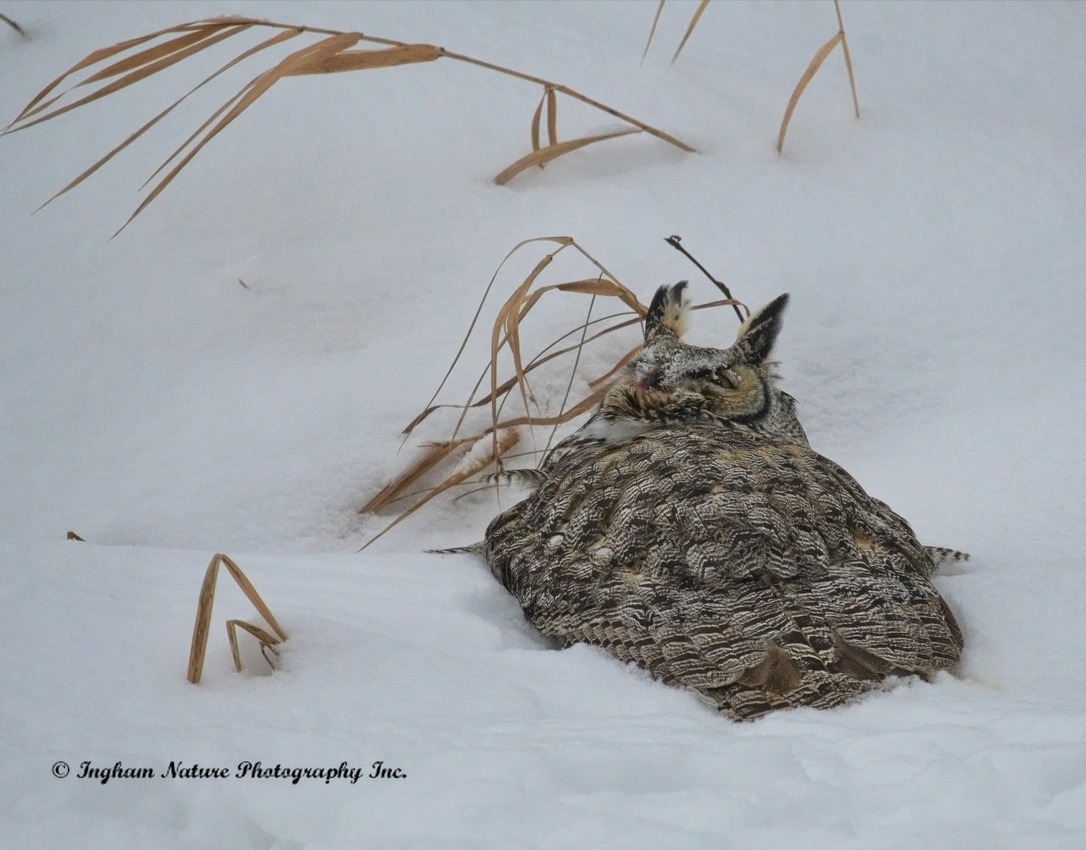