"THE BOY IS BACK IN TOWN" - Mink (North American)

"THE BOY IS BACK IN TOWN"

I try to be the eternal optimist when it comes to looking out for those mustelids, the mink and weasel. They can be quite elusive.

But yes, I finally managed to catch Sparky on one of his expeditions. He certainly is quite the boy, being extremely large (by mink standards) with a bravado attitude. He still goes about his "minky" business but he really doesn't give a monkey's whether I am trying to photograph him or not. Now that being said, it still is challenging. Minks move erratically and it can be "don't blink, there goes the mink".

He re-appeared at the creek not at his usual time, but much later. And he wasn't just fishing. He was searching the tall grassy areas surrounding the creek as well, looking for rodents. And as you will see from Photo #1, Sparky took up that "bring it on stance" and literally returned my stare. I recently had a tweet exchange with an ecologist & a camera trap lover from the U.K.  about a stoat he caught on a trail camera, taking his stash up into a tree. I thought "size of a kitten but the heart of a leopard" and we both agreed that wasn't it a good thing these little mustelids aren't large predators. I certainly wouldn't be hovering over a creek looking for my latest catch!

In Photo #10 through Photo #12, Sparky did one of those dog water shakes to remove excess water. I have put the three photos in reverse. You can just make out an outline of the mink under all that water flying from his thick coat in Photo #12.

And on a final note, I had tried the creek earlier in the week. Unfortunately, Sparky didn't show but I believe he sent his cousin with his regrets, albeit briefly! :) See Photo #13. 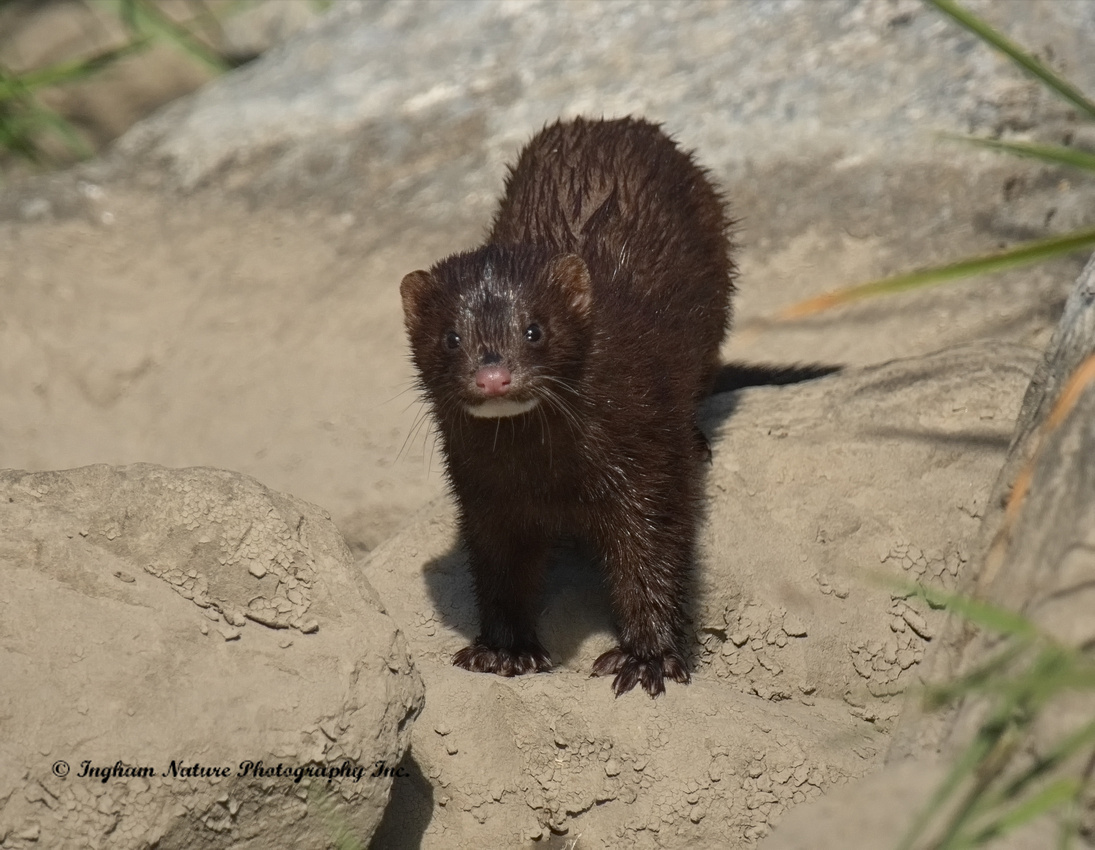 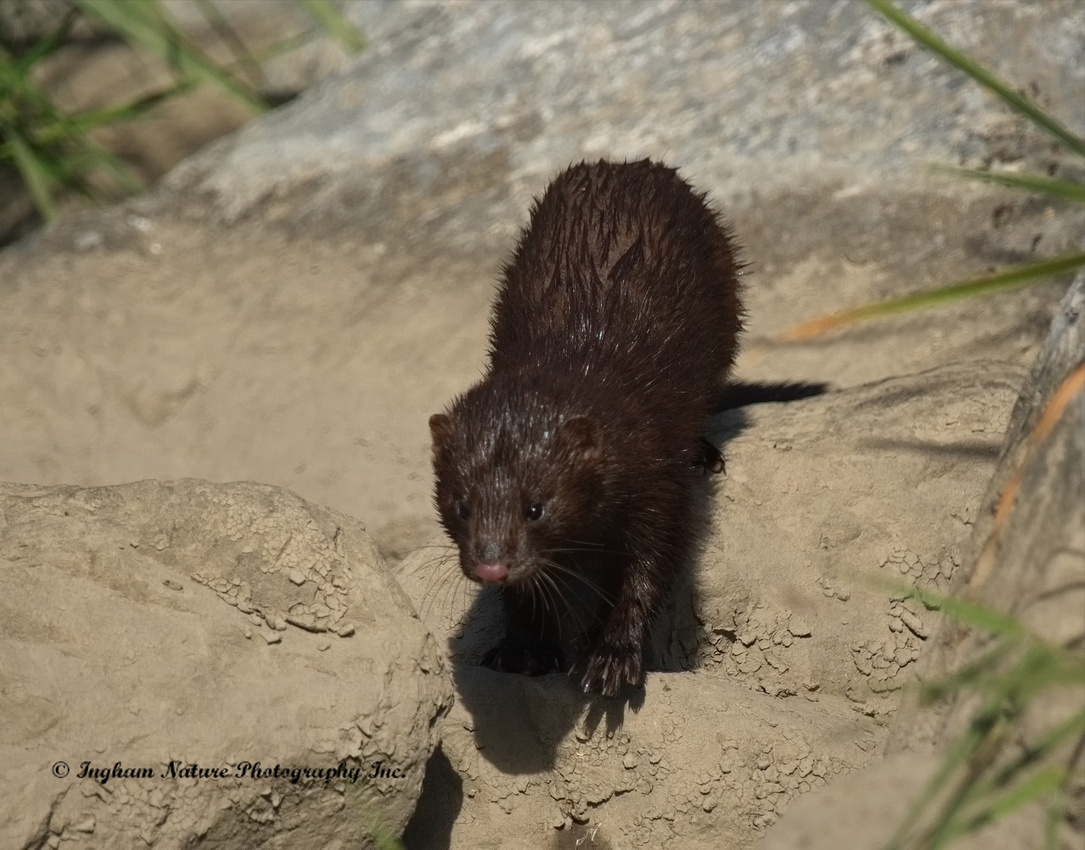 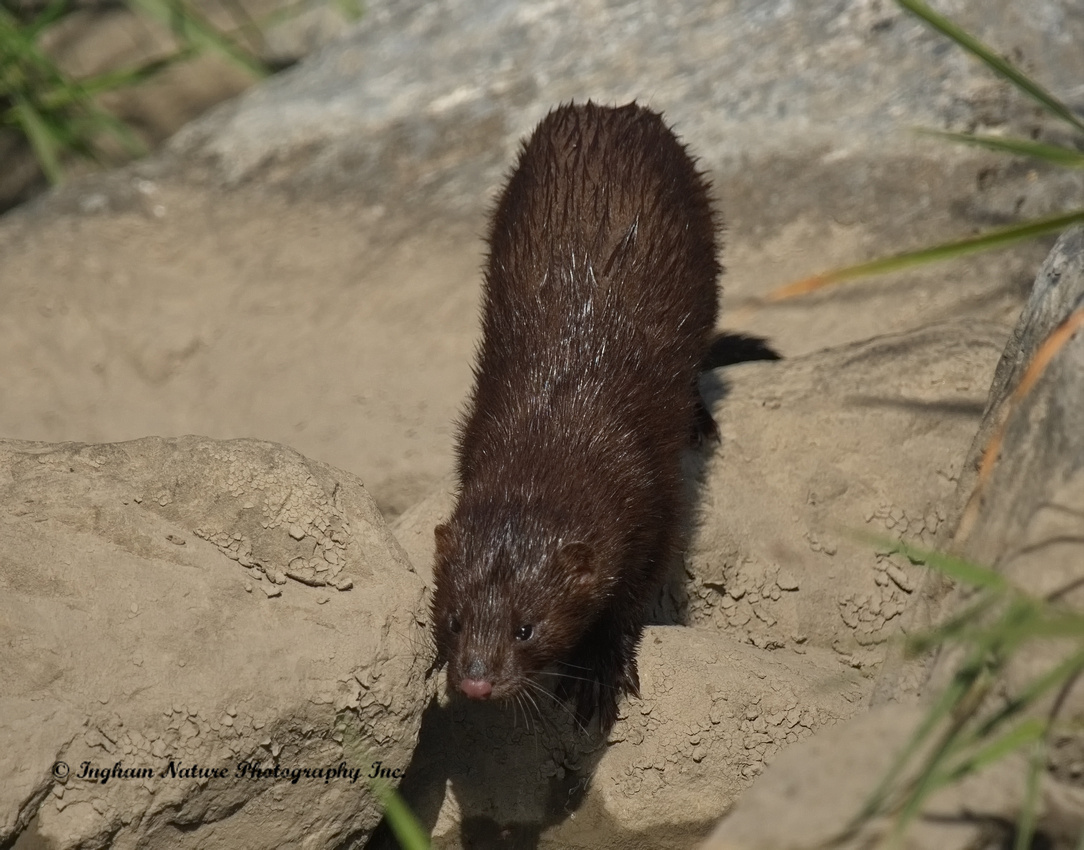 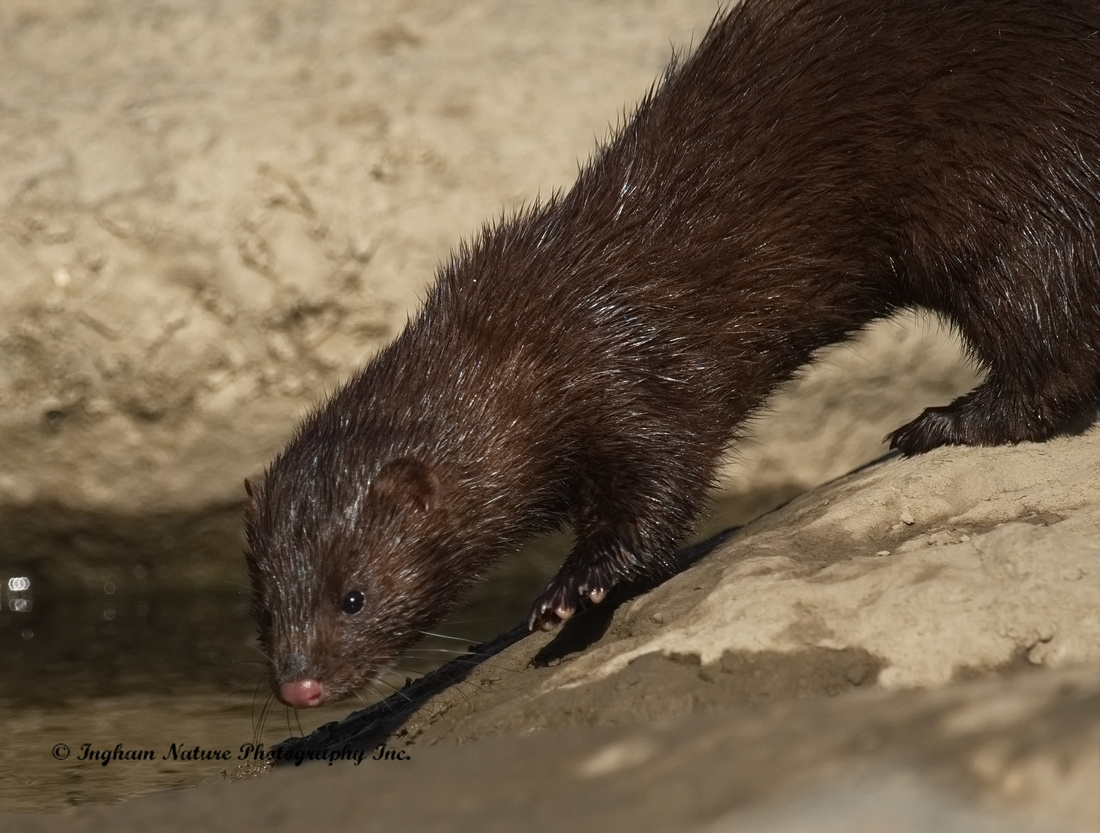 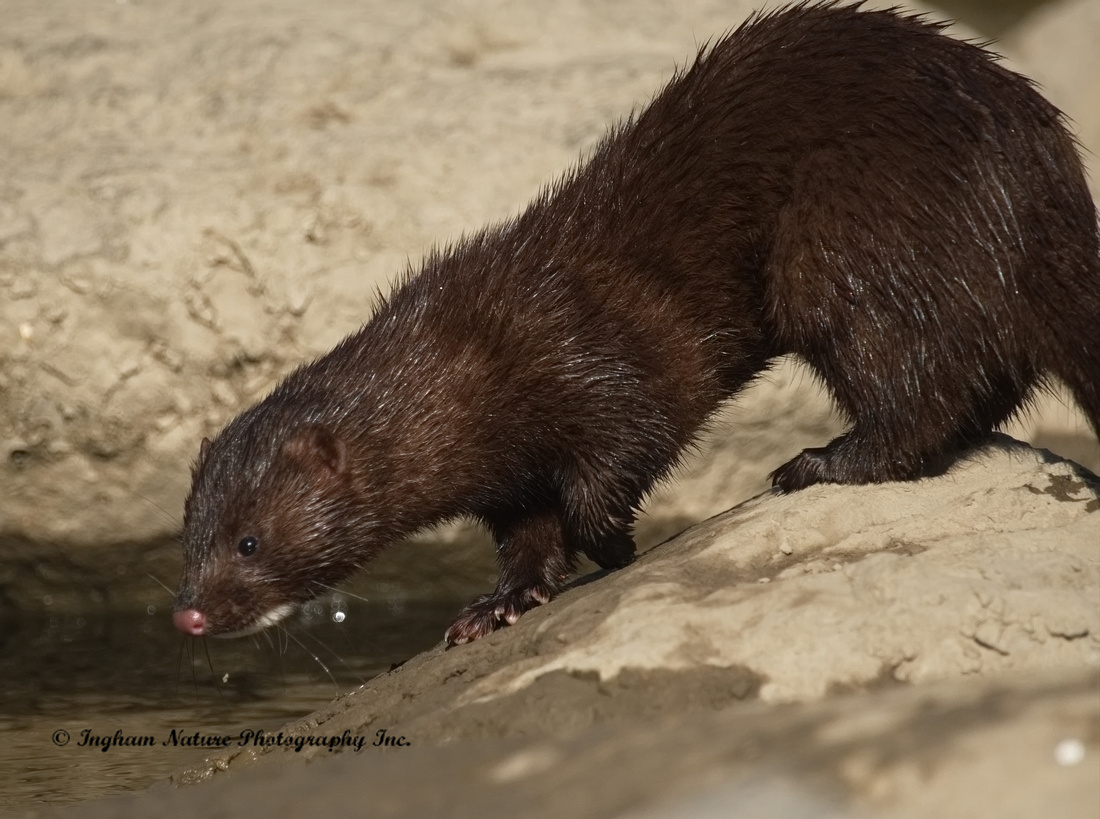 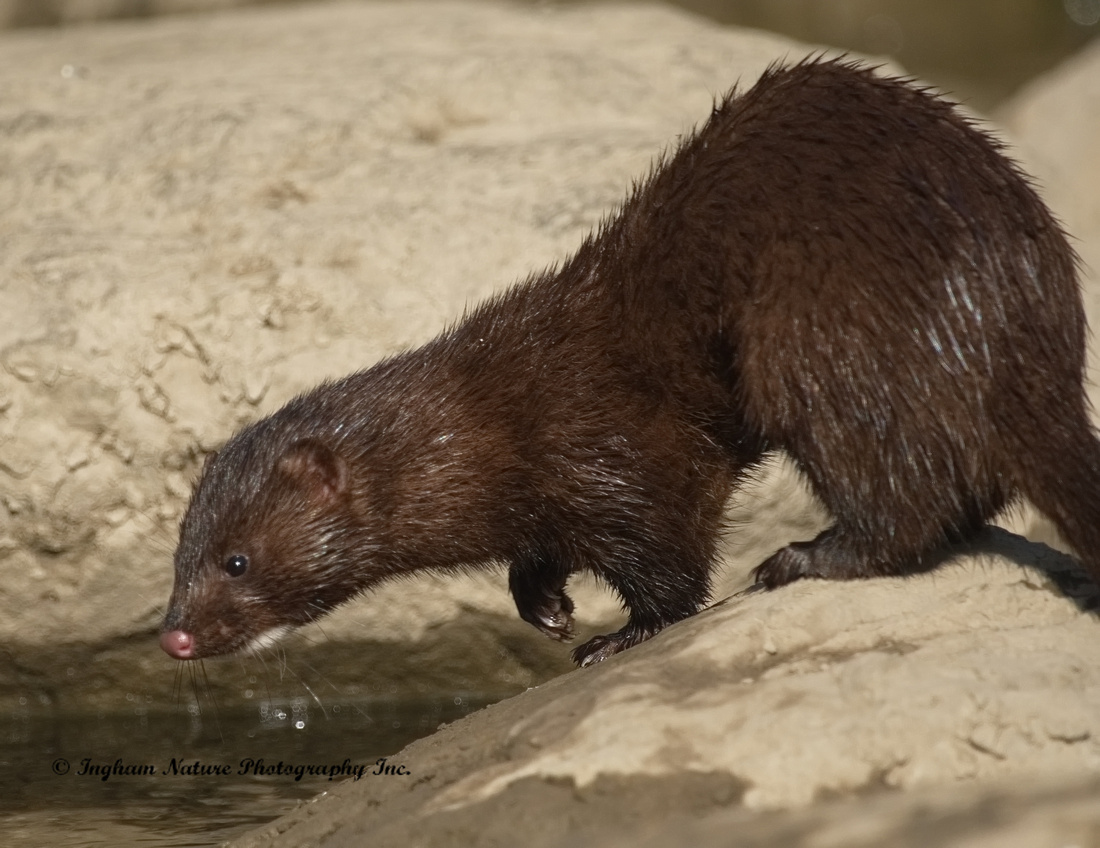 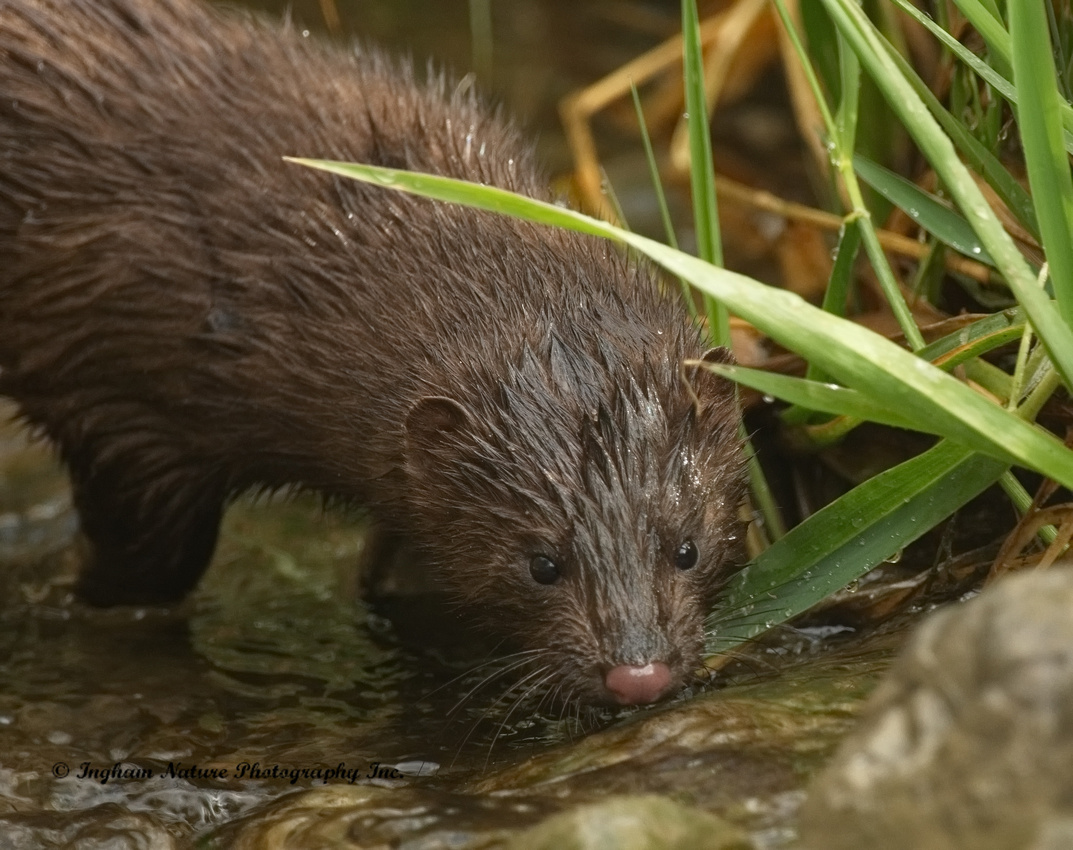 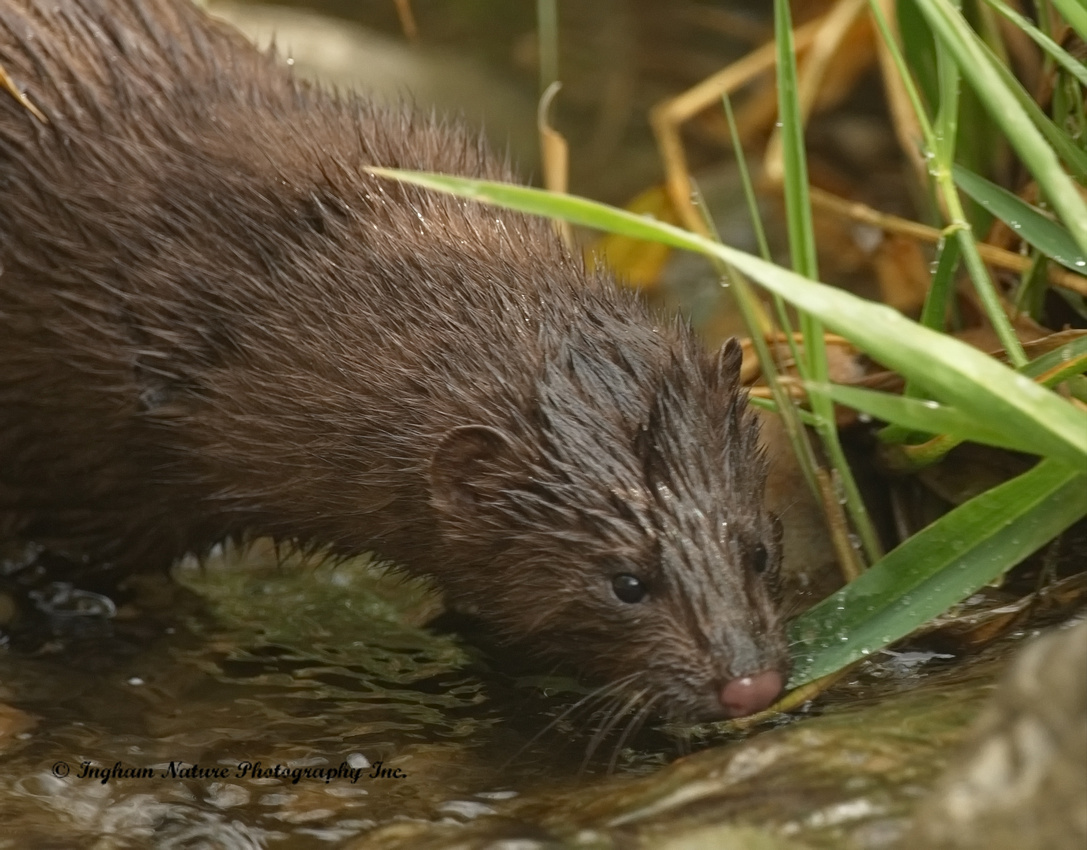 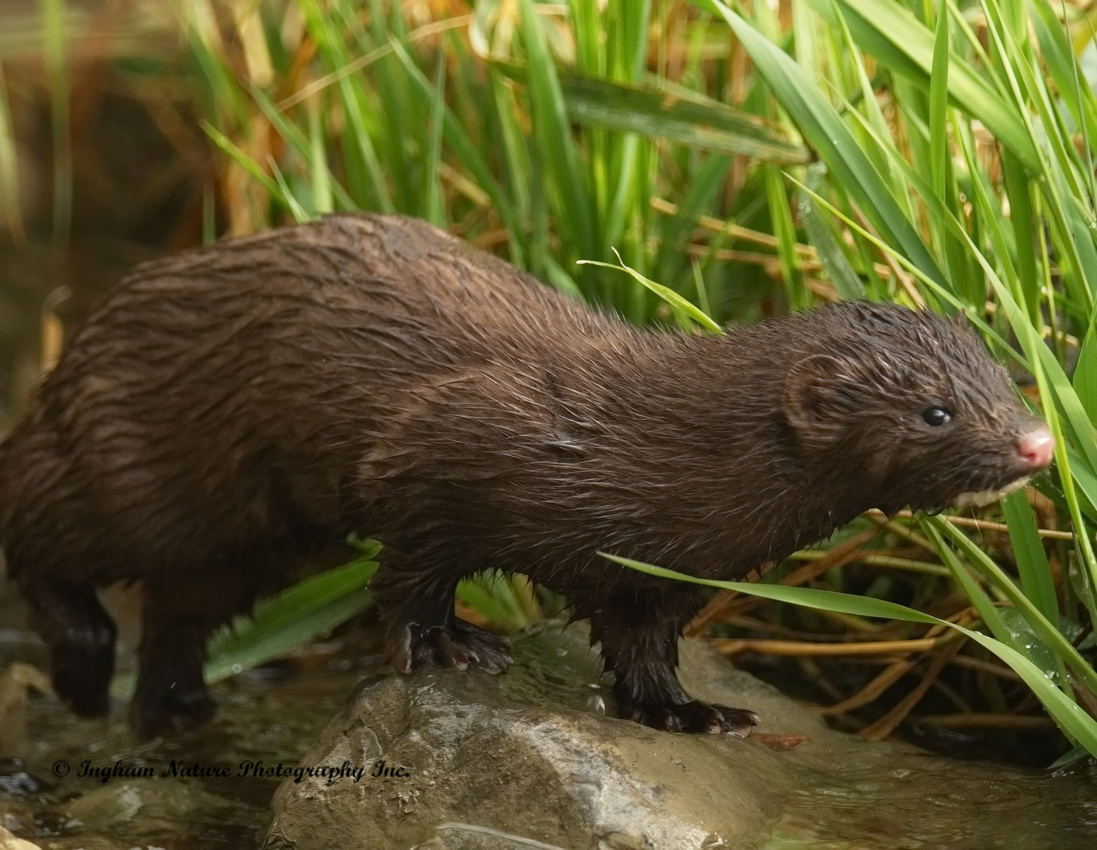 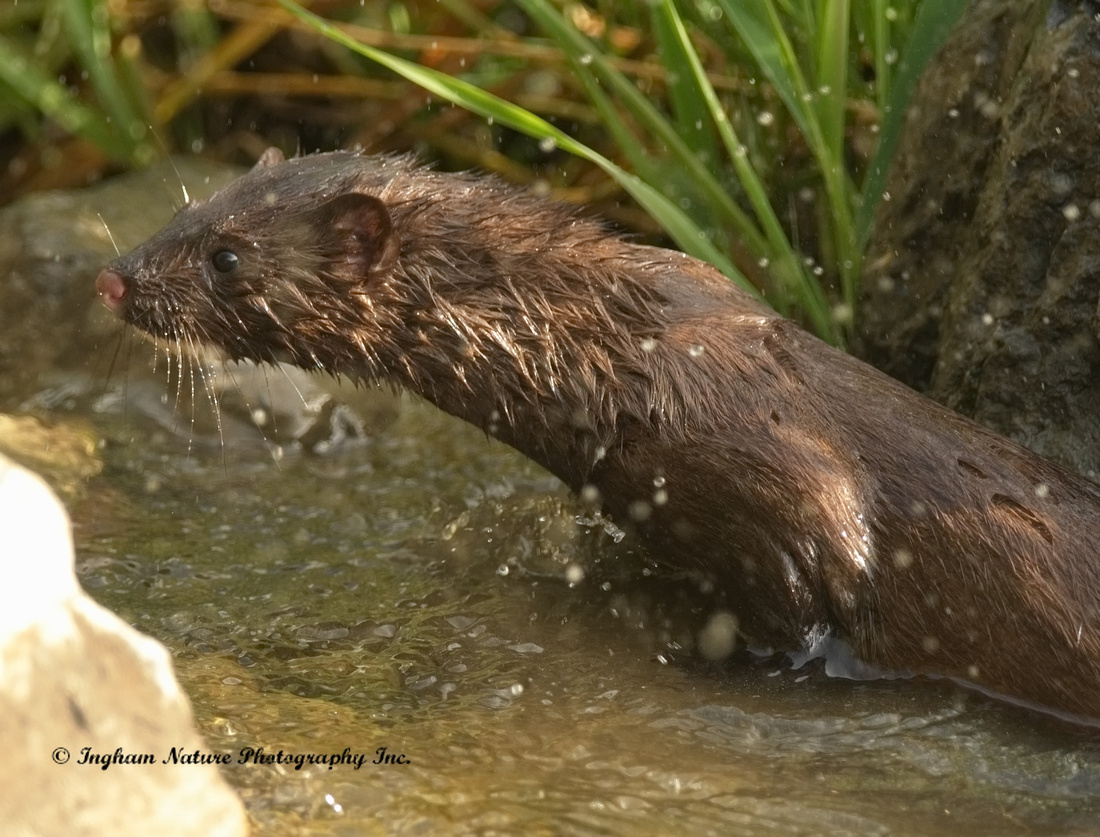 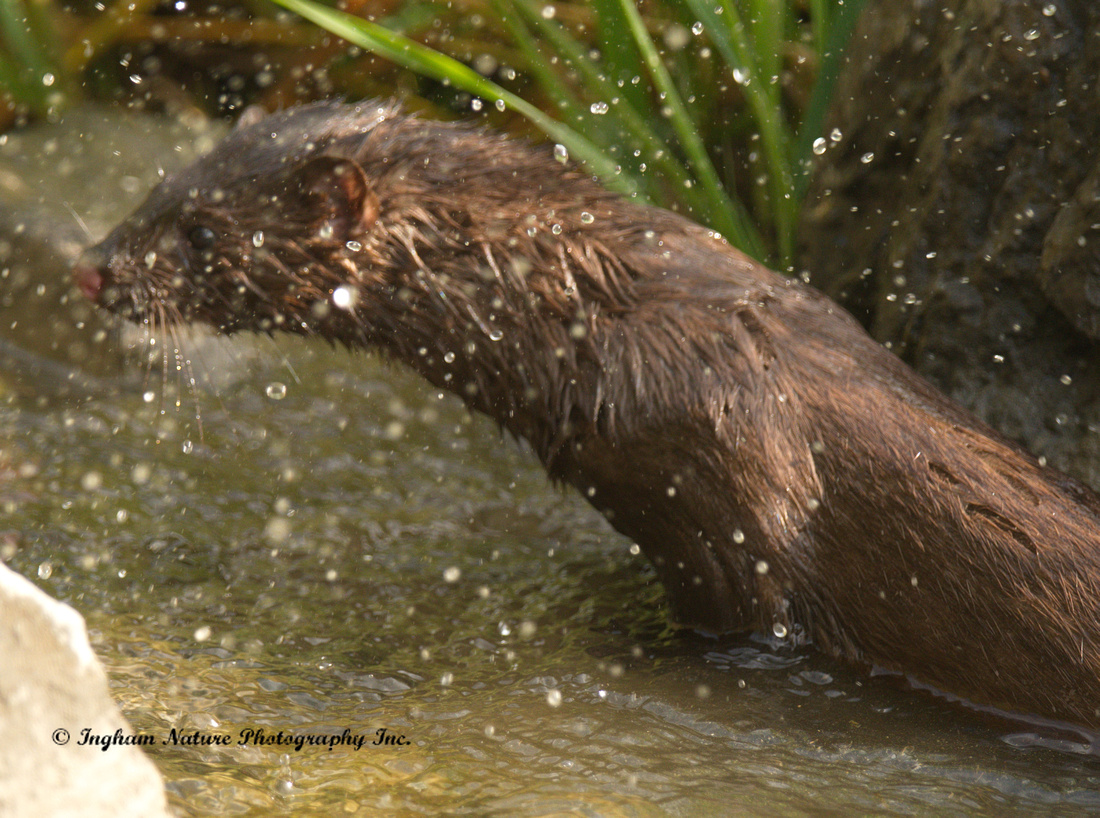 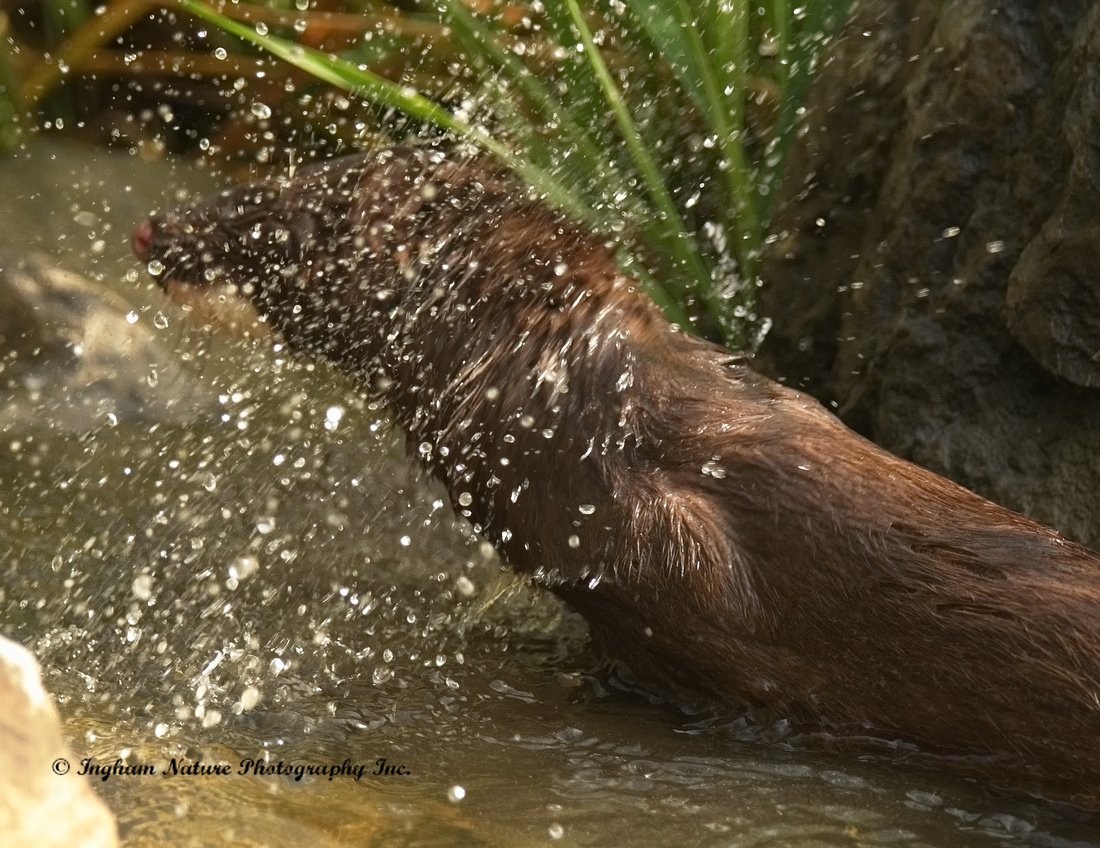 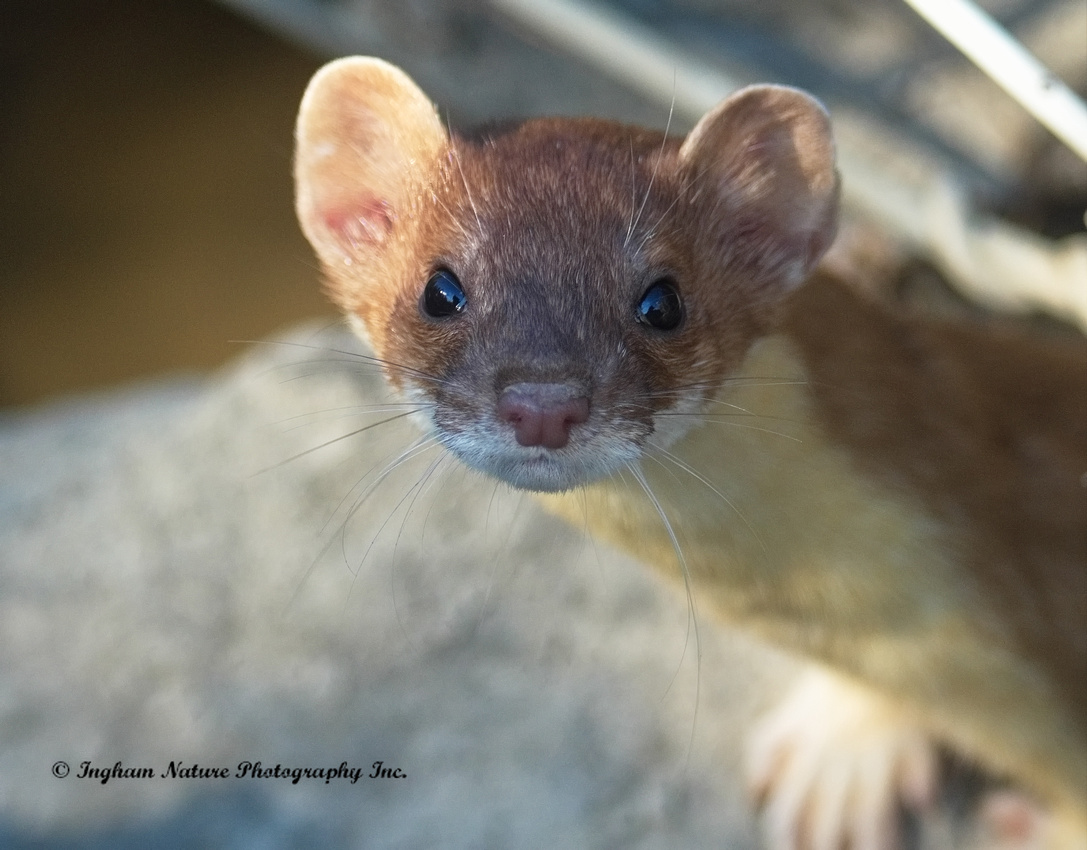