From the size & demeanor of this Great Blue Heron, I would say it's a male but male or female, it still is one striking heron, feathers and all. And because of its stature, etc., I have named it "Big Blue".

It is the same Great Blue Heron that caught the Jumping Mouse (see Blog of September 4, 2022) and was terrorized by the muskrat.

This particular day it kept its diet to fish and managed to catch some large ones, one fish in particular. And when I say catch, I should say spear. If you look closely at Photo #7 through to Photo #8, that small black object/marking directly right of the fish head, is the tip of the heron's bill. No wonder herons are such great fishermen when they have all the tackle they need incorporated into their bodies.

Photo #1 through to Photo #6 illustrate the magnificence of this bird's feathering, while it groomed and took everything in.

And yes, I've included a photo of that muskrat (Photo #11) patrolling the pond (MOP or Muskrat On Patrol) prior to the heron's arrival. Lucky for the heron, this time it went back into the beaver lodge before the heron flew in. 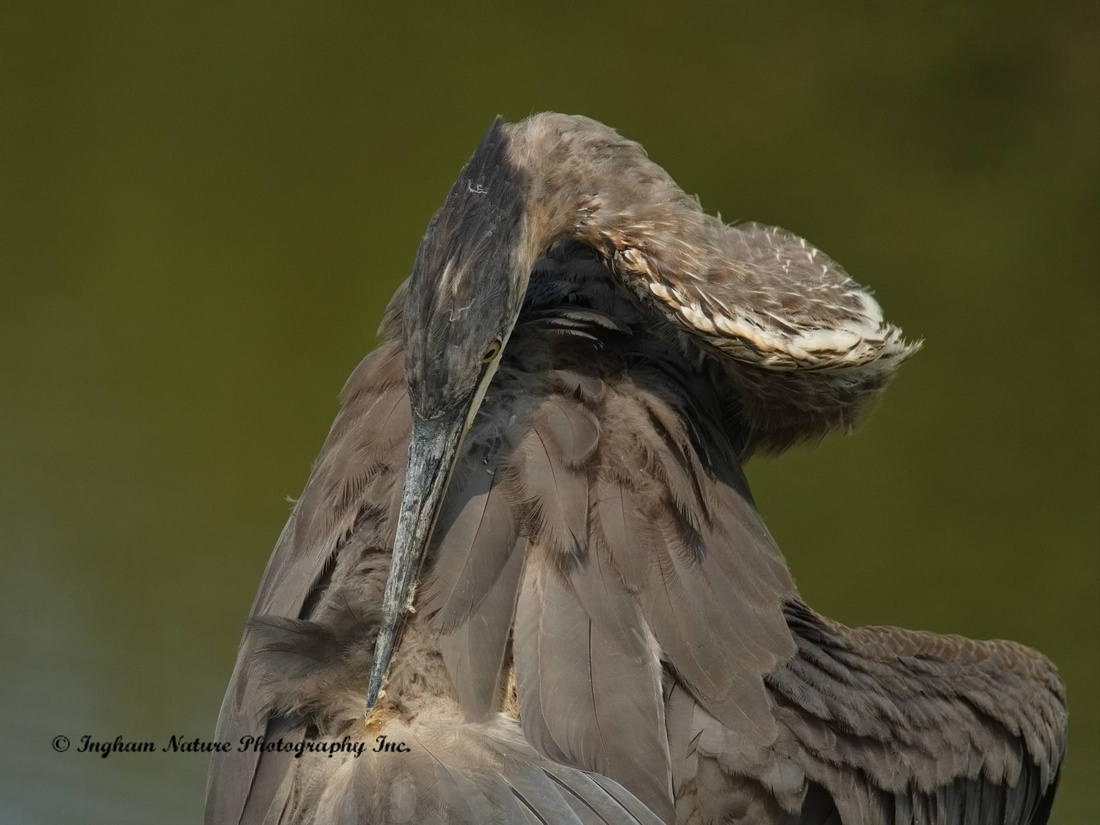 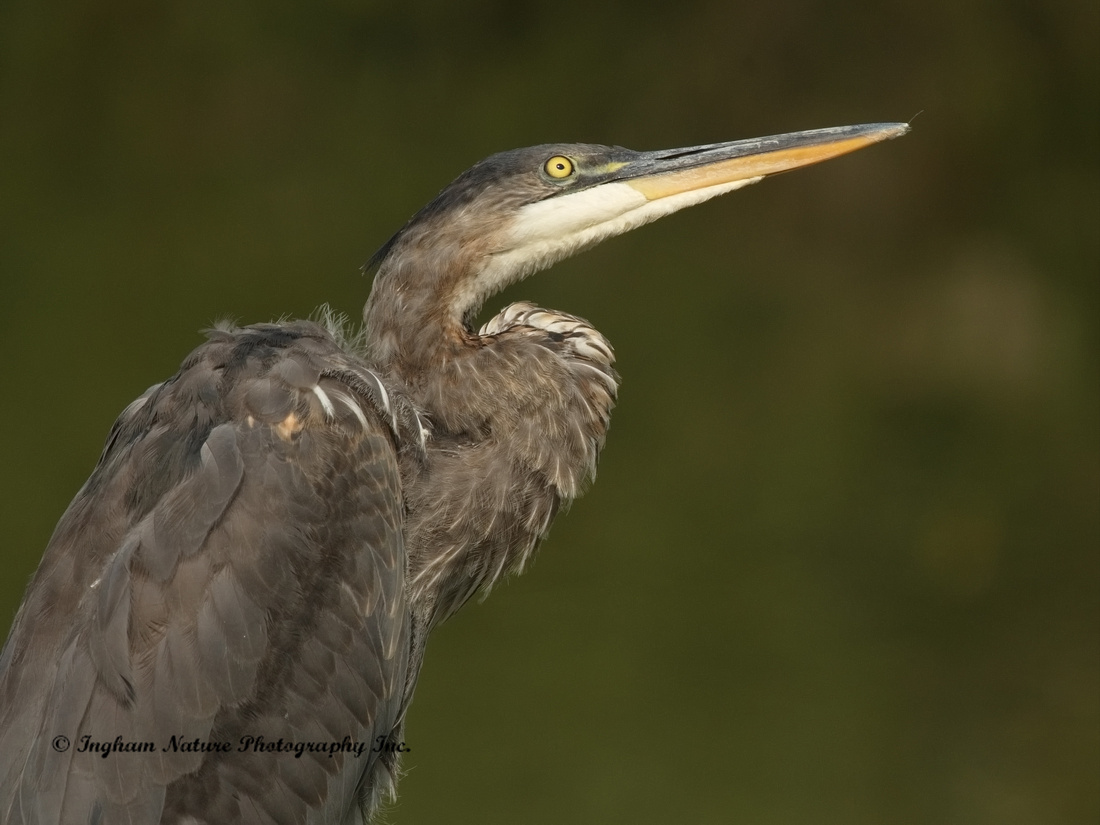 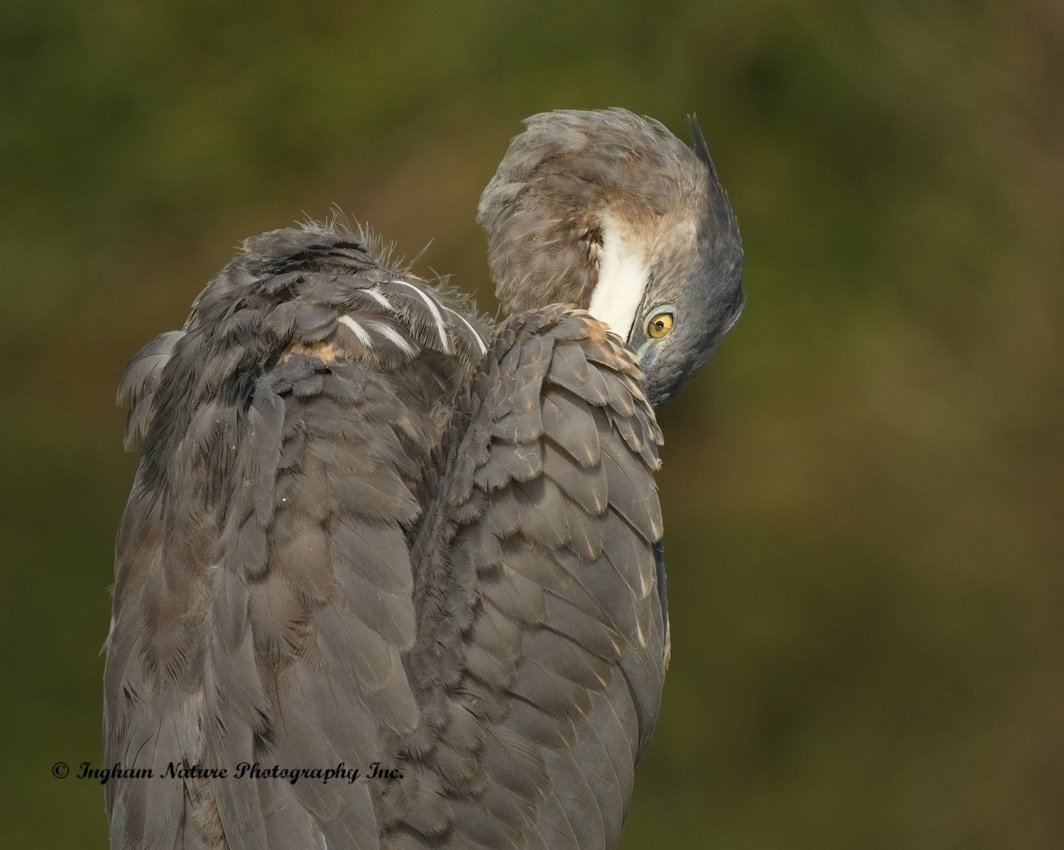 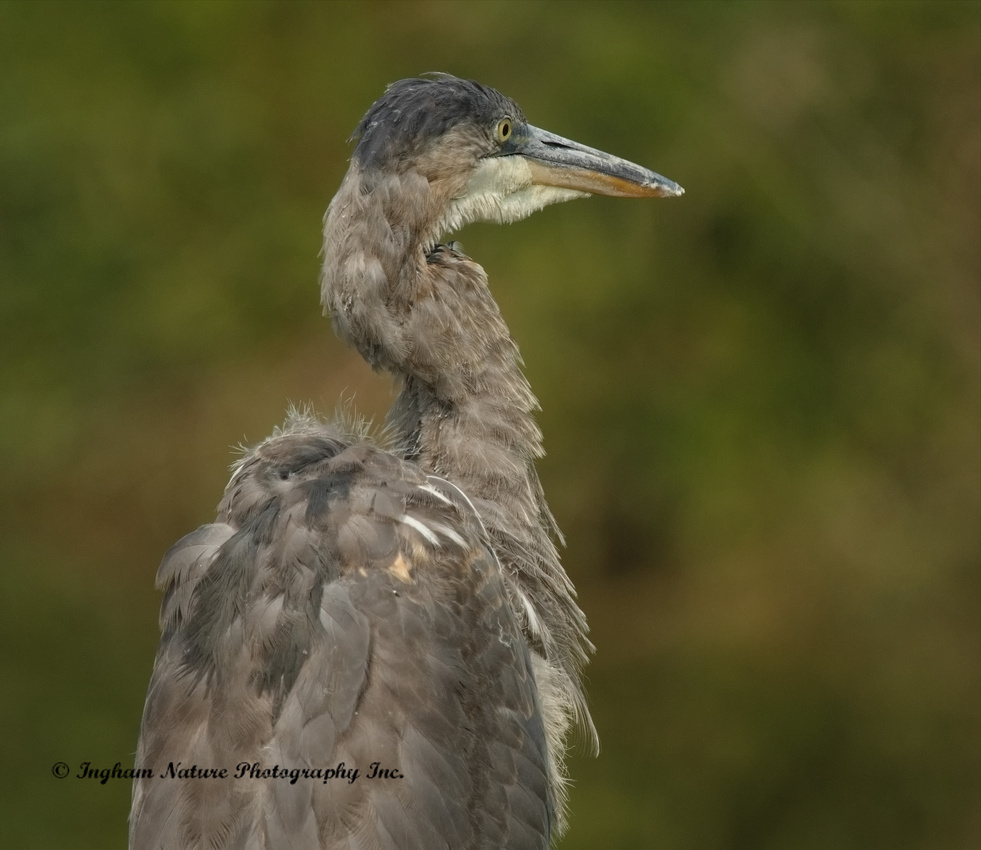 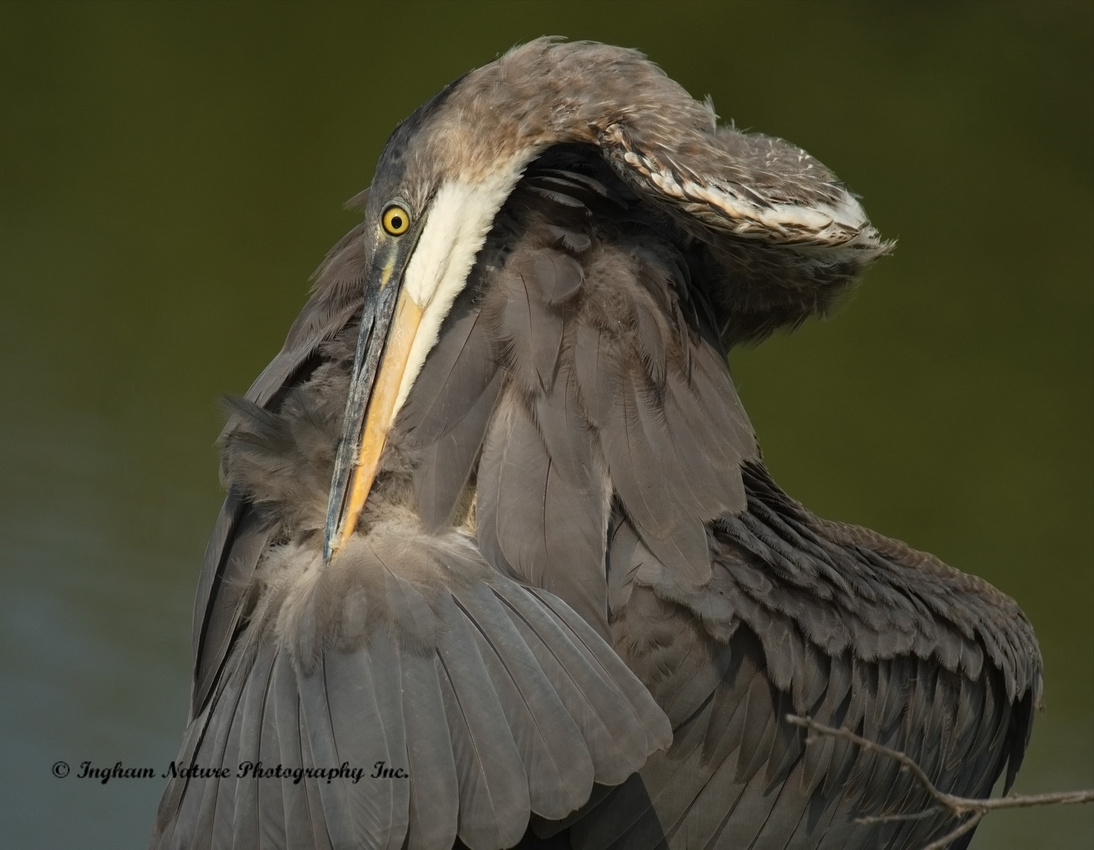 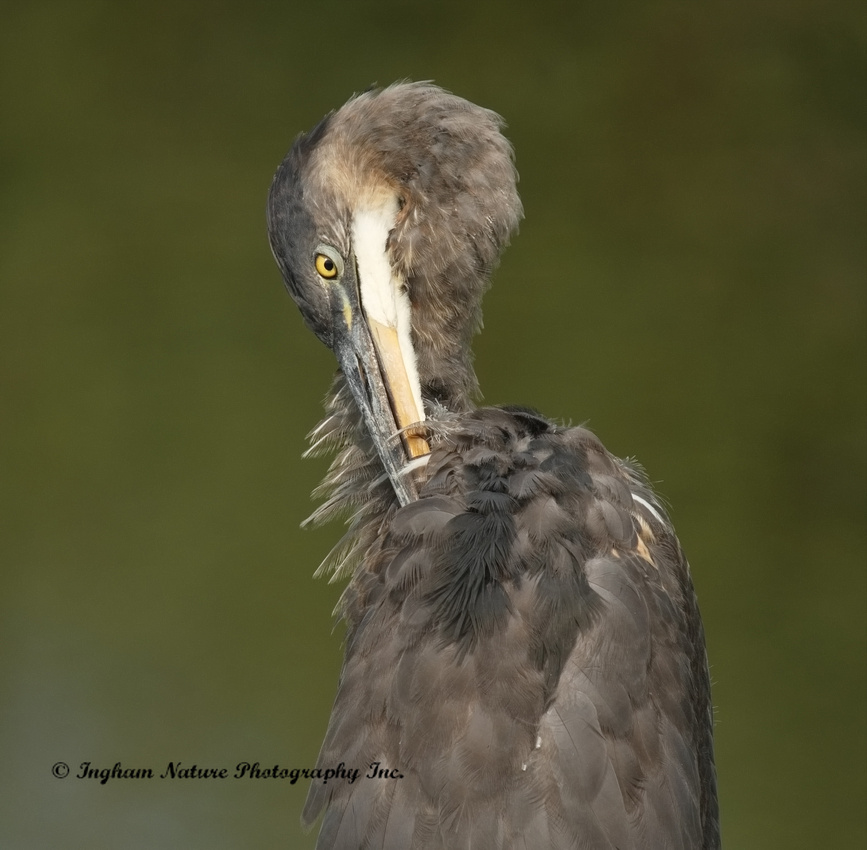 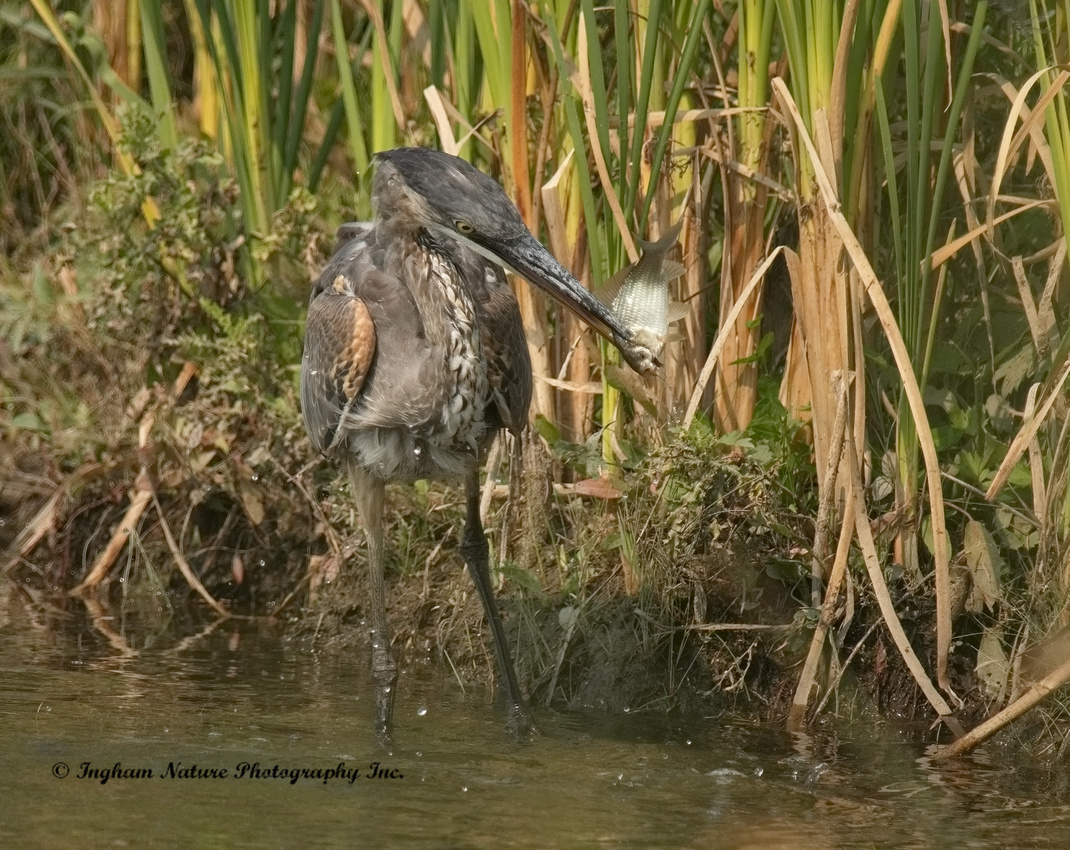 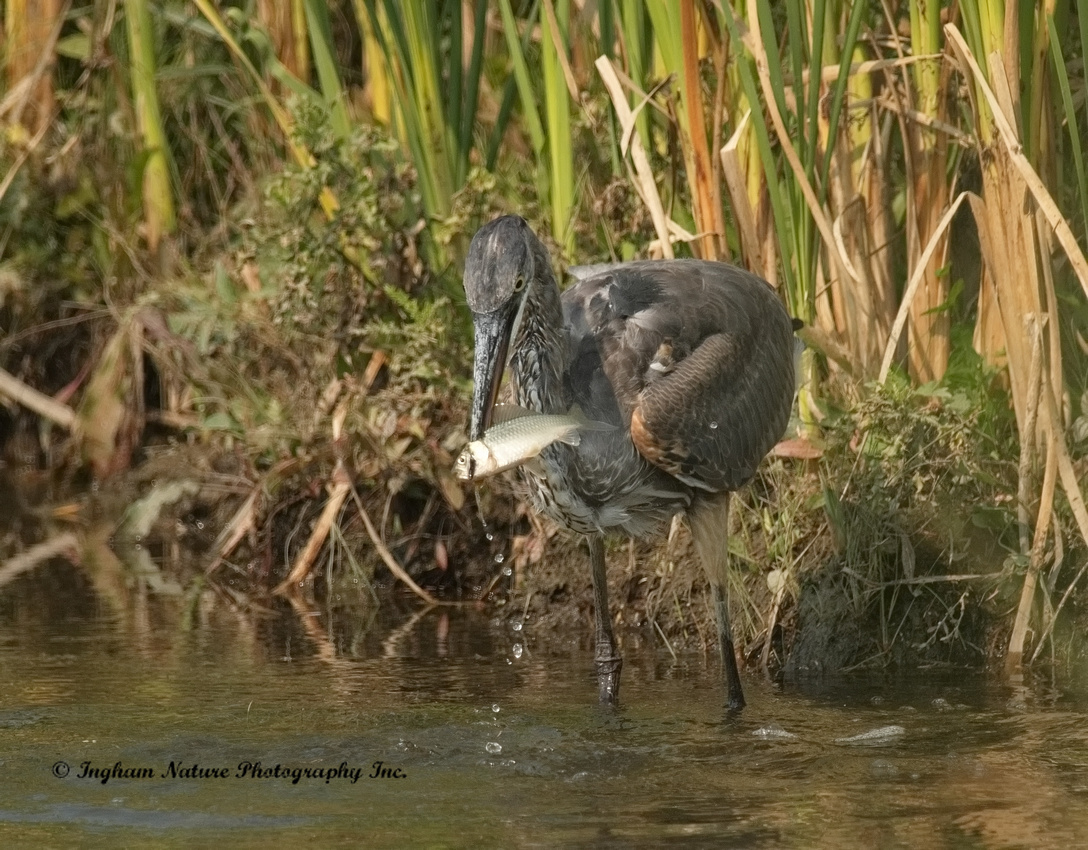 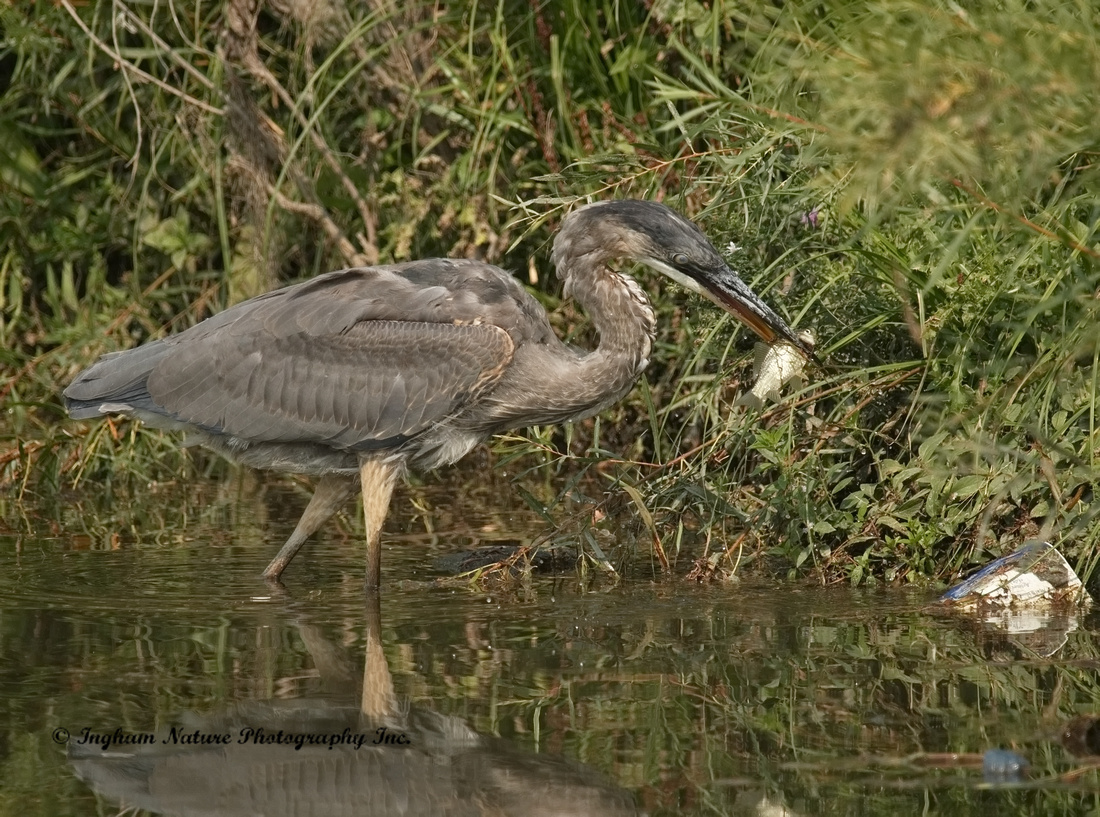 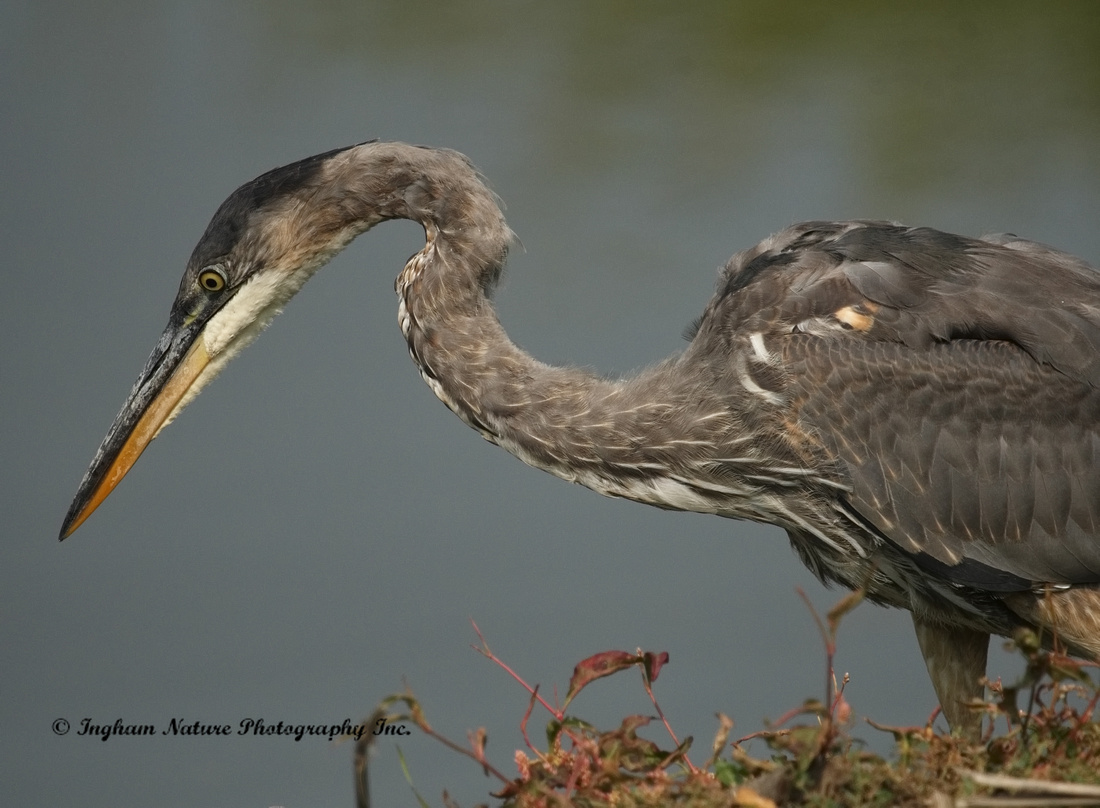 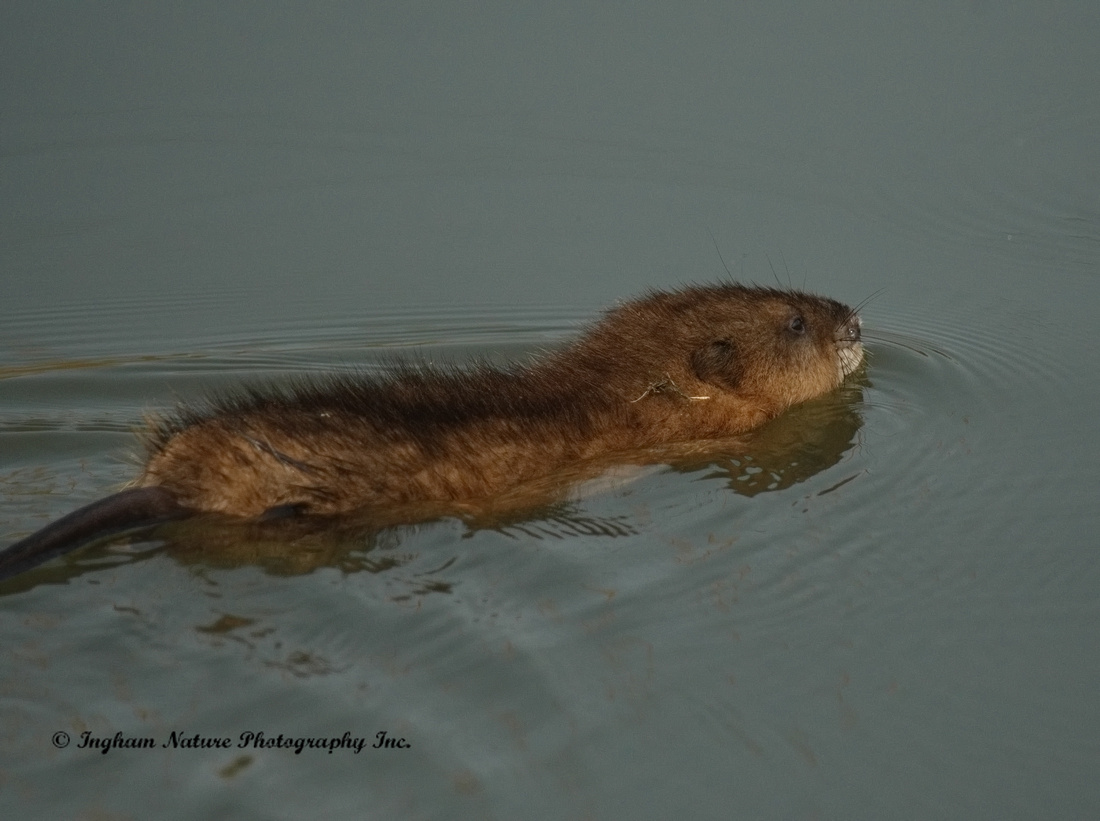