So here's another Red Squirrel for all those "gingers" out there.

Am happy to report that it was in a different area much further south than the other Red Squirrel in the September 20, 2022 blog, "NOT A KNOTHOLE". So hopefully their numbers are increasing and the native species is making a stand against the Eastern Gray Squirrel. I had spotted something "tawny" with a tail up scampering off a log and made a rapid walk, thinking it was a Long Tailed Weasel. No weasel, but I was not disappointed to see another Red Squirrel.

To put it mildly, this squirrel was literally "nuts"! (Pardon the pun.) It did take some time to groom and catch its breath on a log but then it was off helter skelter looking for food. Twice, it made gigantic leaps from tree to tree that would have impressed a flying squirrel. Supposedly, this is the time of the year that squirrels are searching for food to store in their pantries to tide them over during the winter months. Pine cones are a favourite and there are definitely plenty of fir trees laden down with cones for a squirrel to choose from.

The expression and position of the squirrel in Photo #1 brings to mind those times, when we have all delved into our pockets looking for keys and thought, "I'm sure I put it them in here." :) 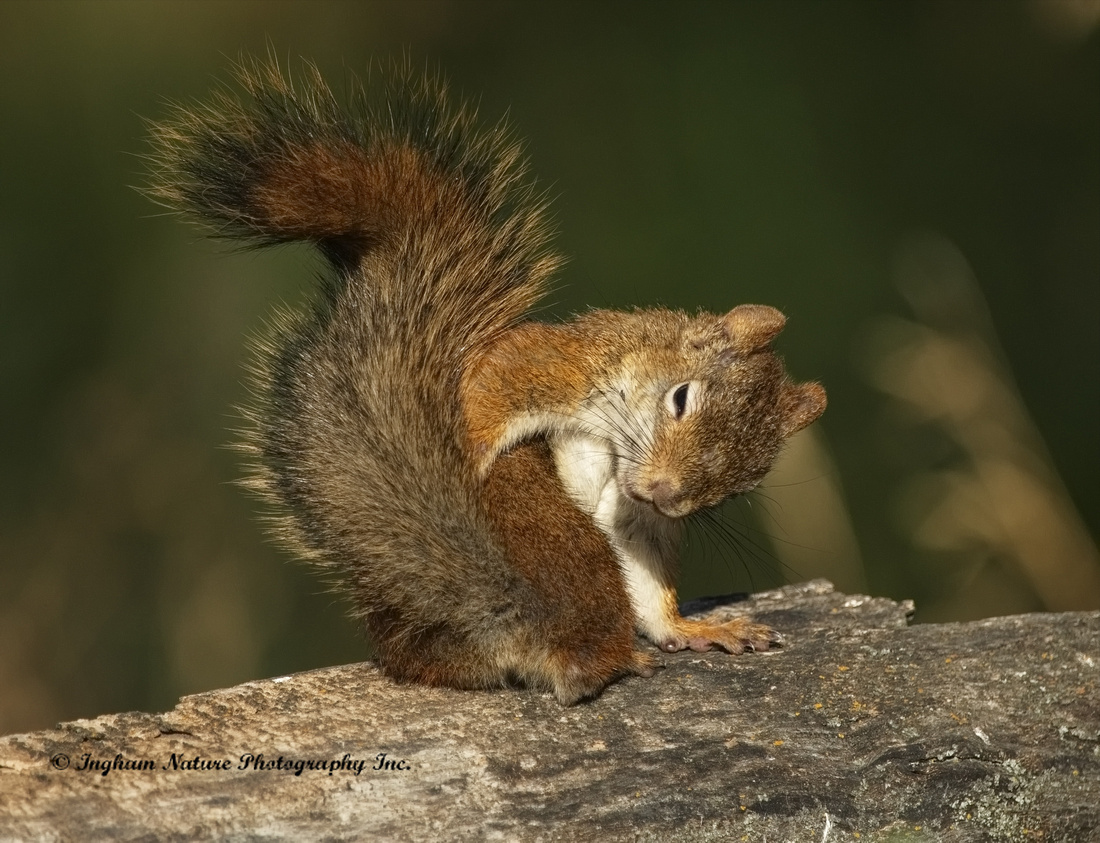 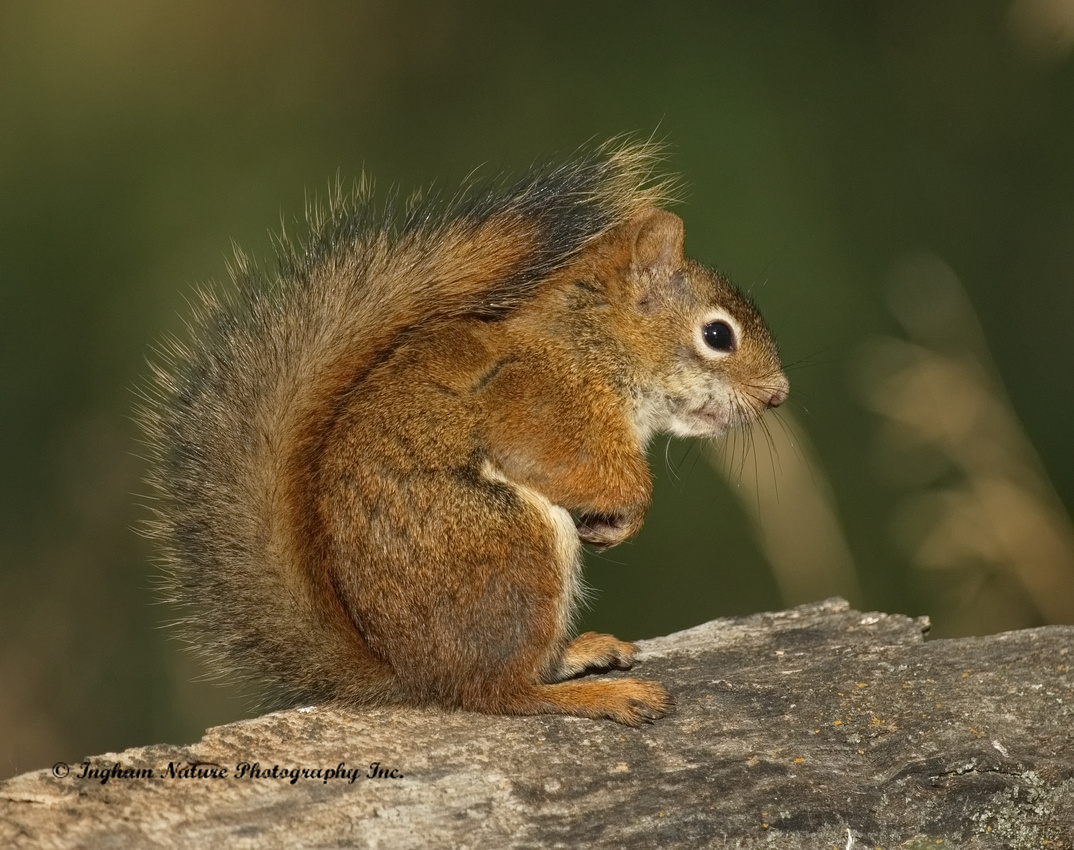 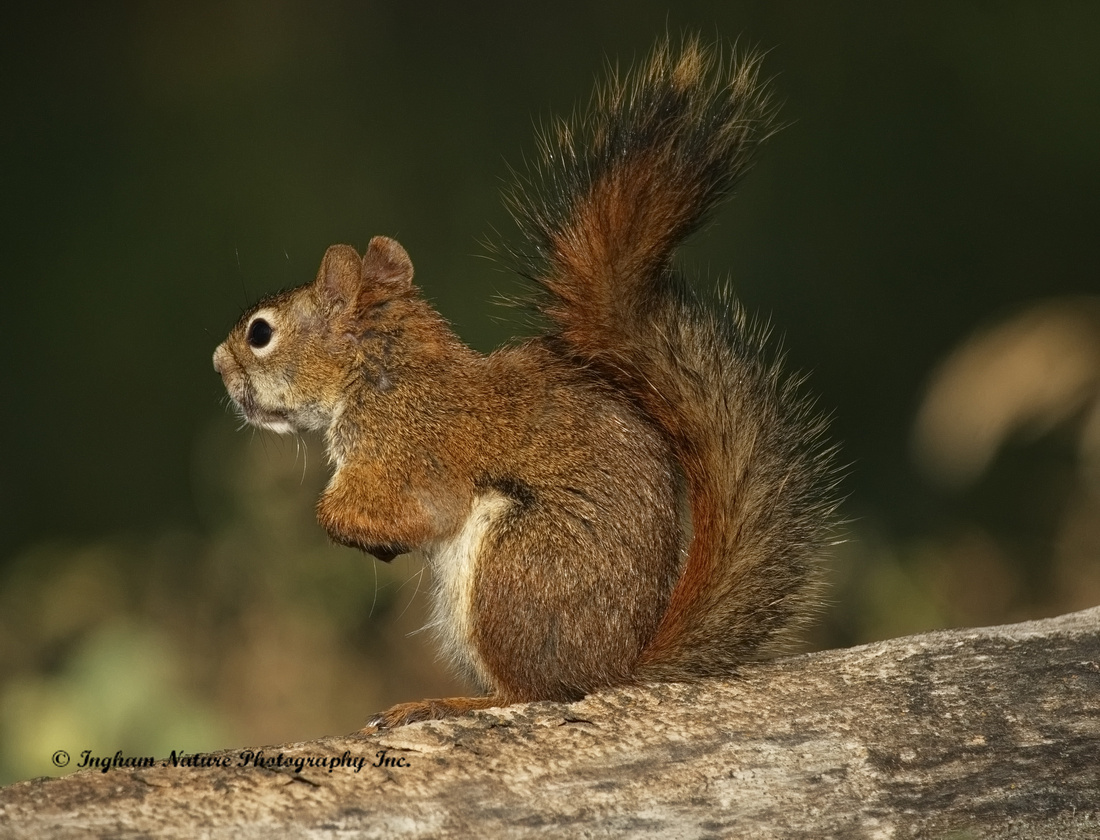 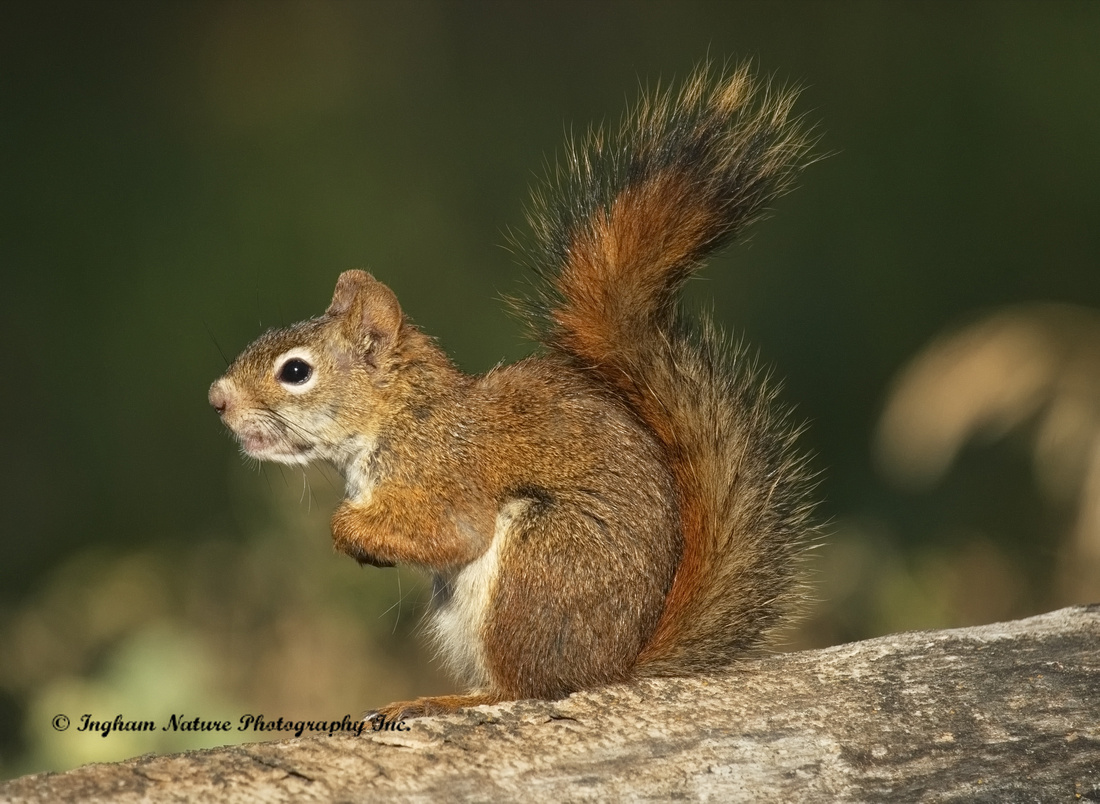 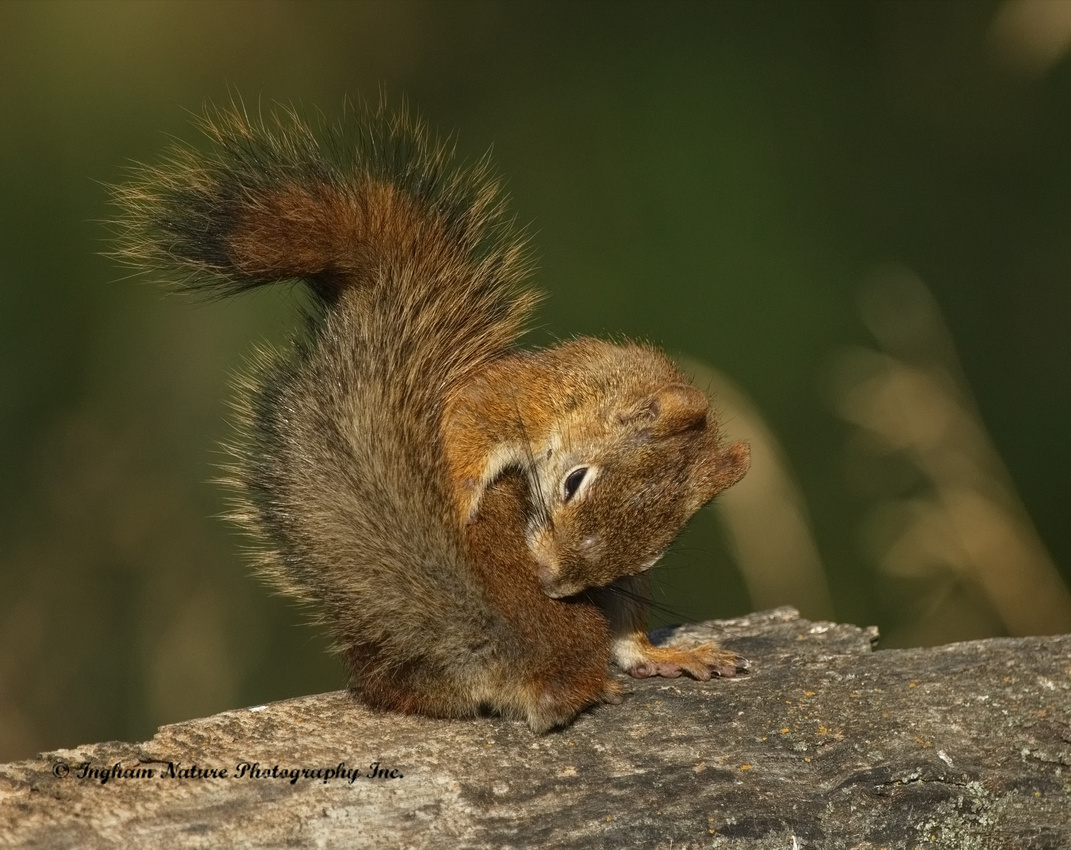 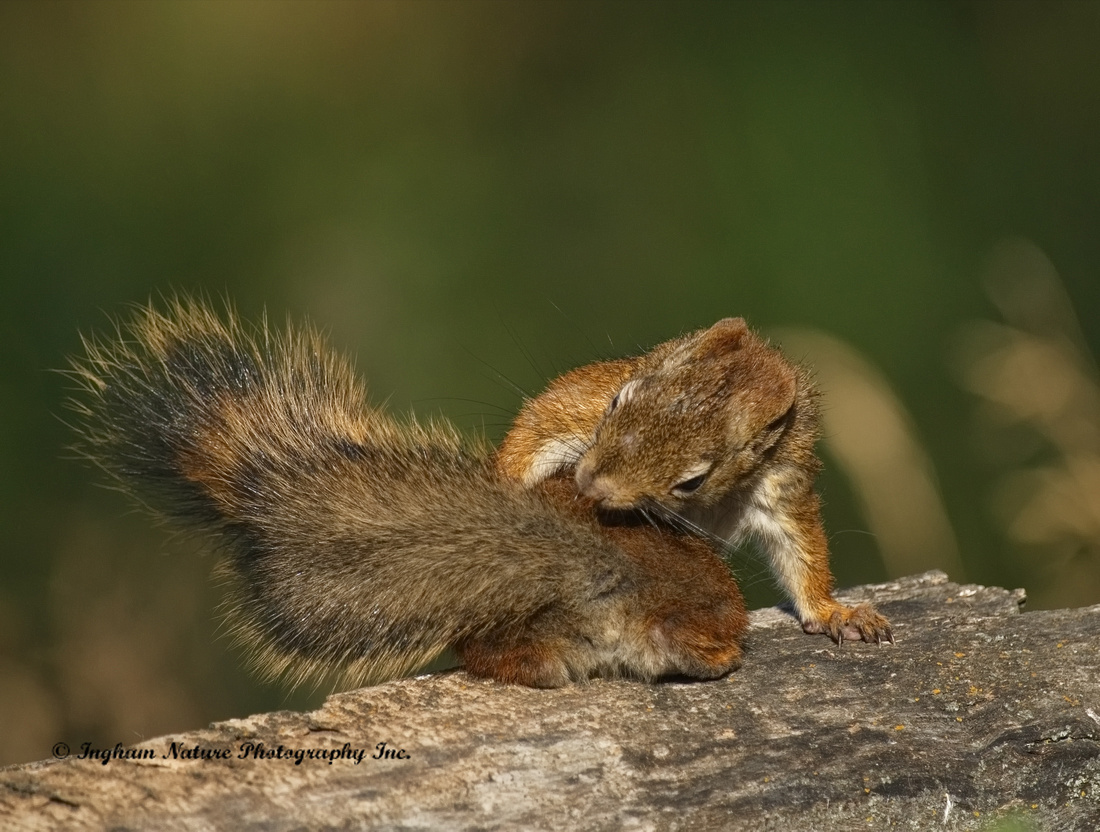 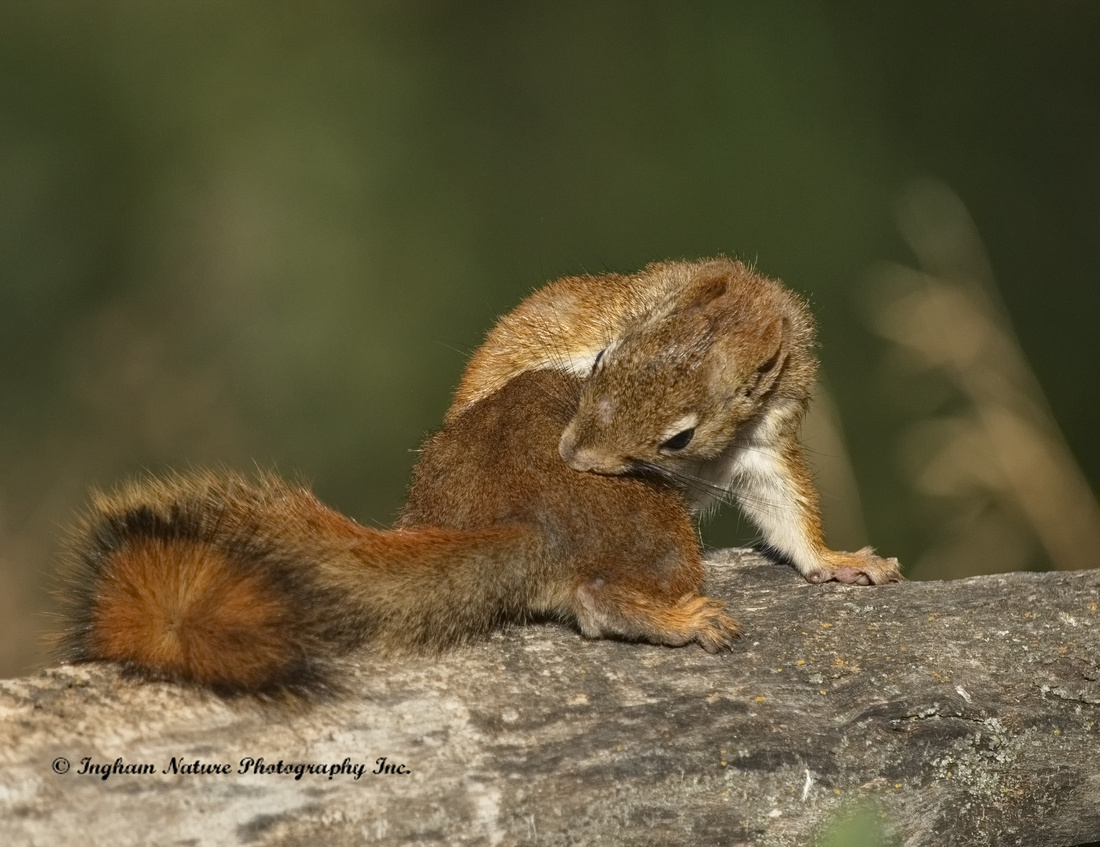