This Belted Kingfisher had had a fight, defending territory, with another kingfisher the day before. The best "fisher" won and sent the intruder packing or flying, in this case. But that's a blog for another day.

On Day 2, I had just arrived in the vicinity the kingfisher had been the previous day, hoping to catch some shots when before I had a chance to set up, it arrived and flew into the regular tree. Grabbed the camera and began shooting, when it flew to a tree just on the other side of the creek (Photo #1 and Photo #2). The kingfisher then flew towards the creek and set up a hovering position over the water, some 10 to 12 feet in the air.

Now it felt like a lifetime but it wasn't probably more than 10 seconds, but for once the camera & I had the opportunity to focus, shoot and capture the stunning and extraordinary ability of this little fisherman. (Photo #3 through to Photo #9.)

The speed of the wing beats was probably mid-way between that of a hovering osprey and a hummingbird (without the hum).

As no diving took place, I assume it did not zoom on a fish that it could catch and the little bird flew back to the original tree.

And no, on this occasion I did not manage to capture bird with fish but the photos I obtained that day evidence an amazing acrobat worthy of a place in the Avian Hall of Fame. 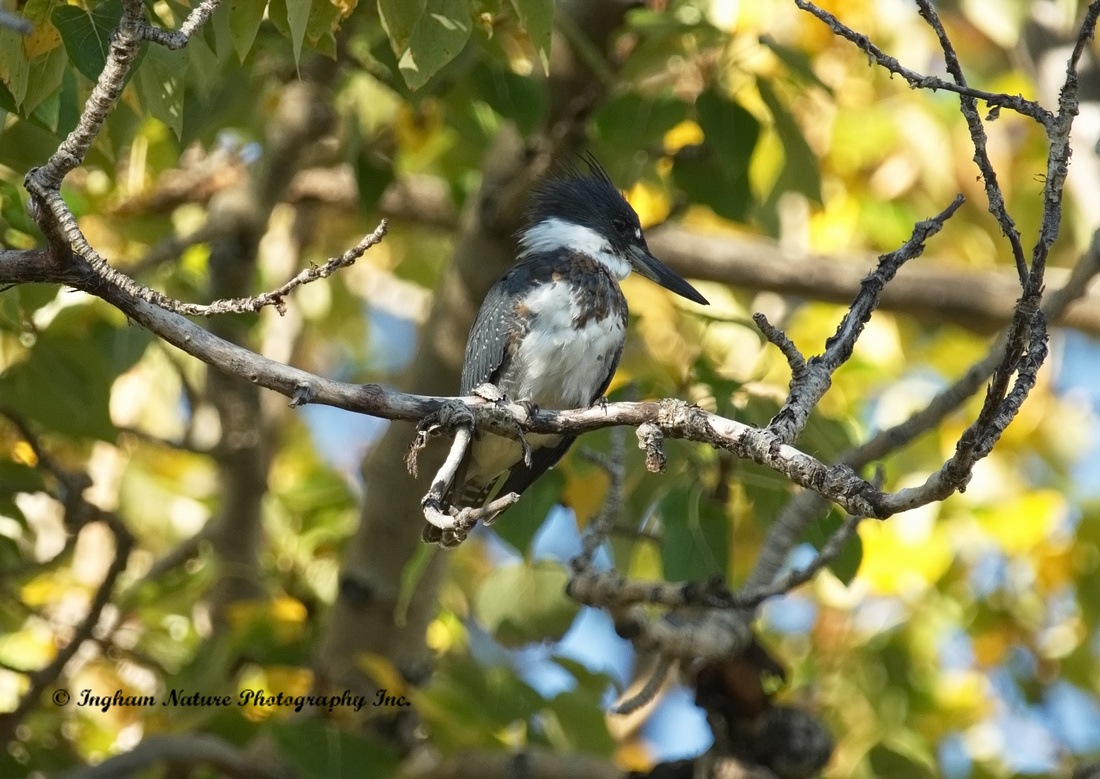 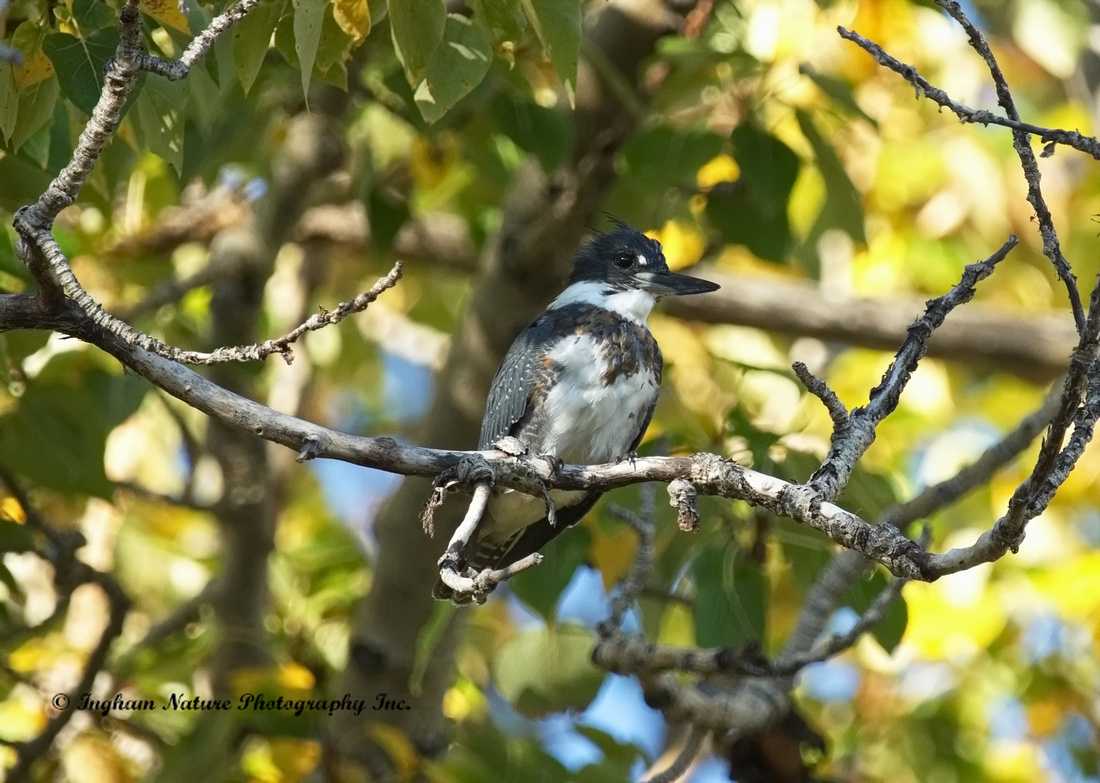 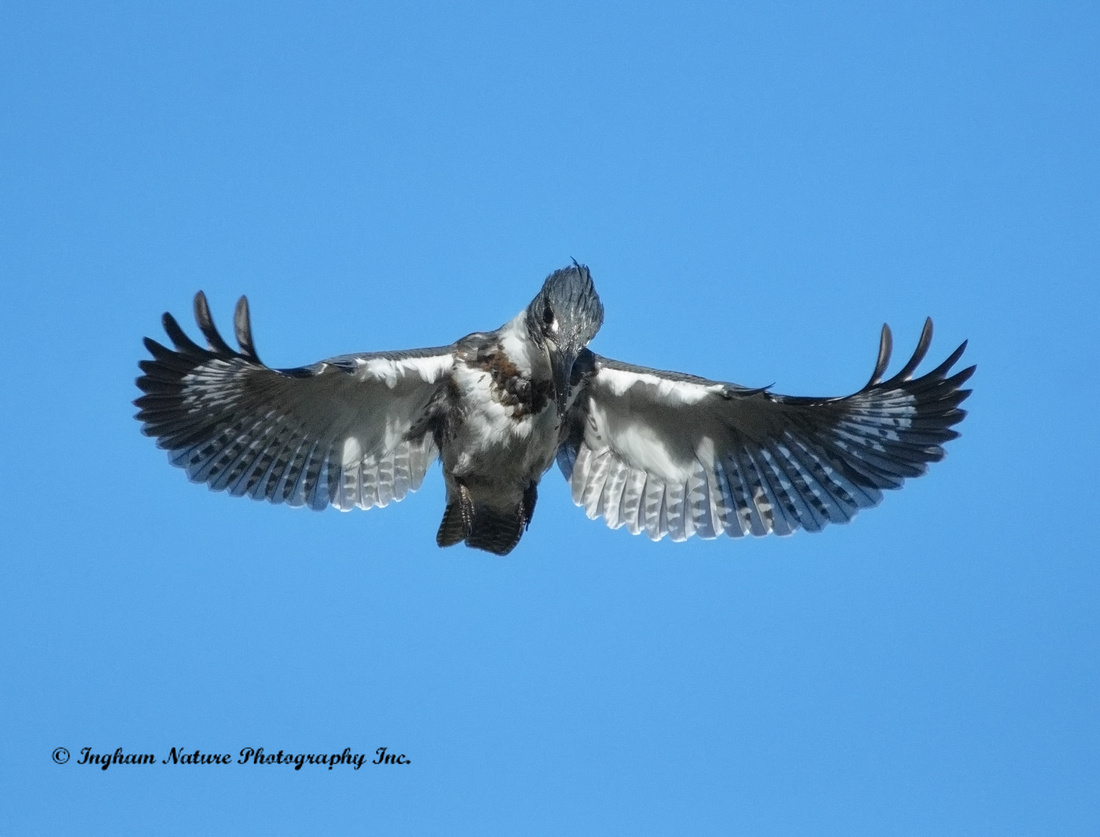 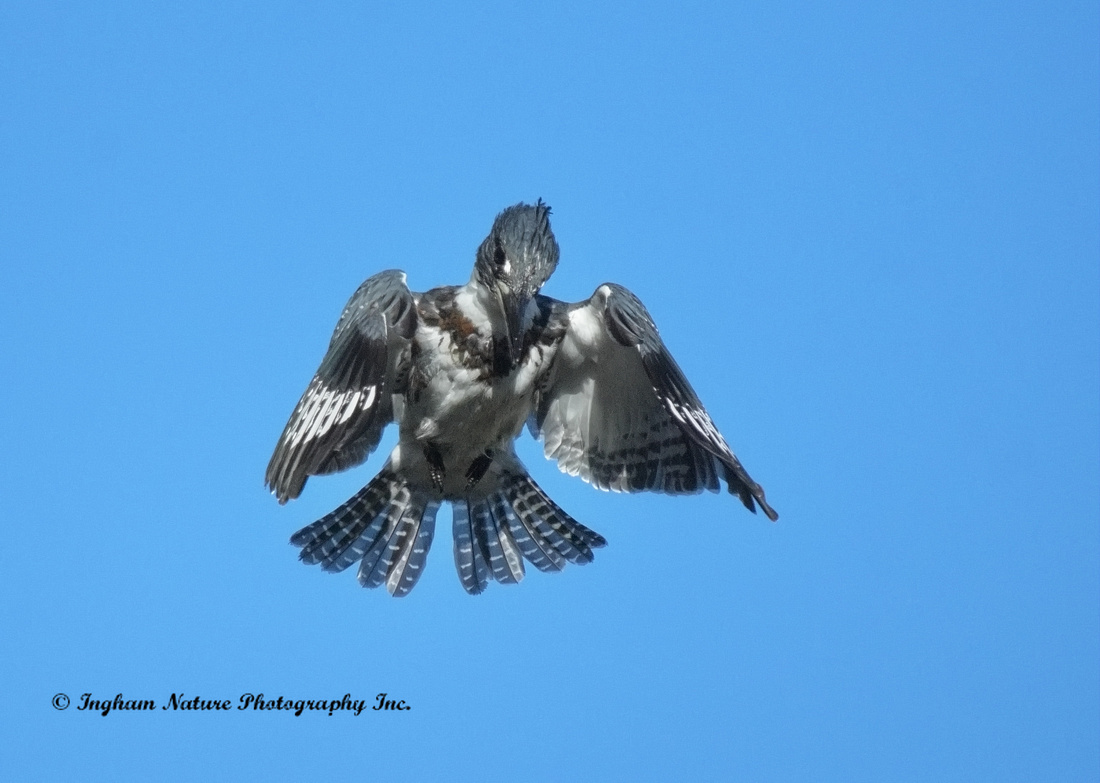 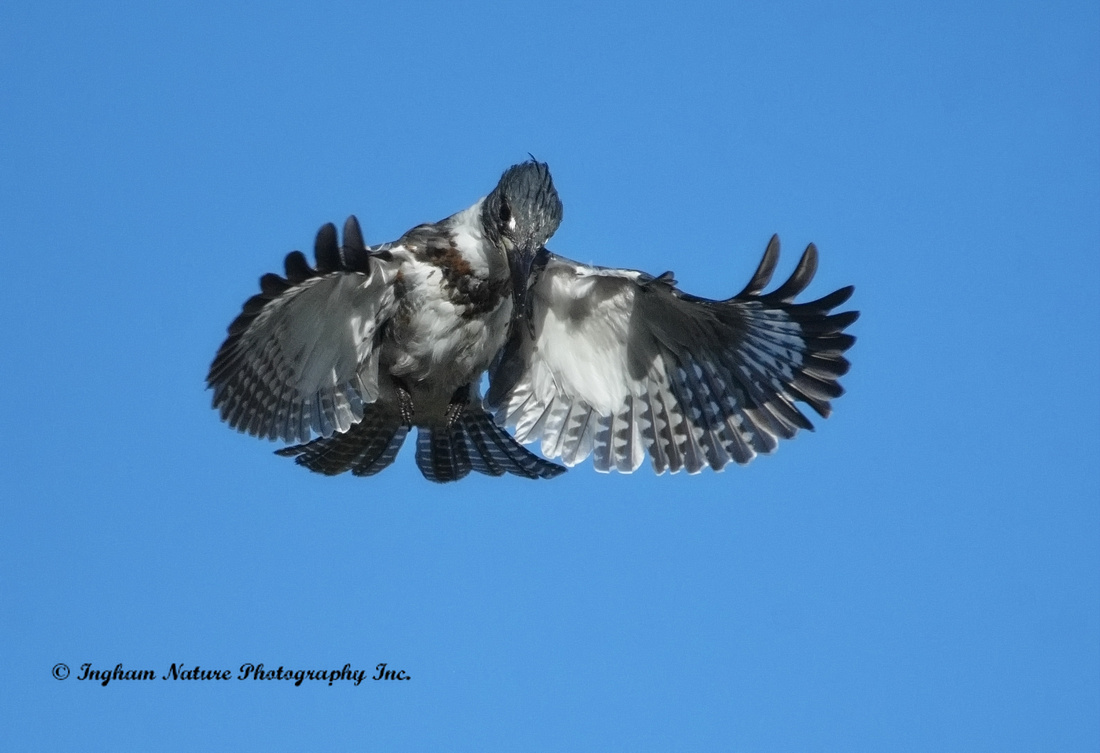 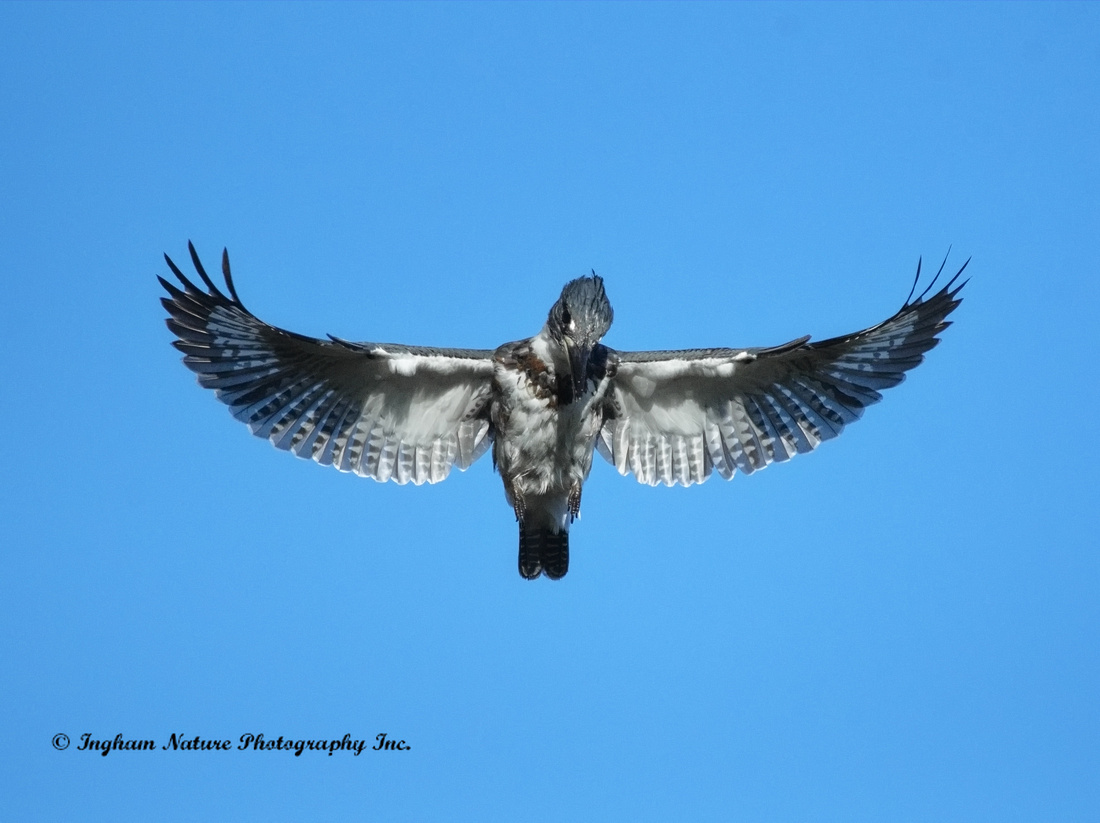 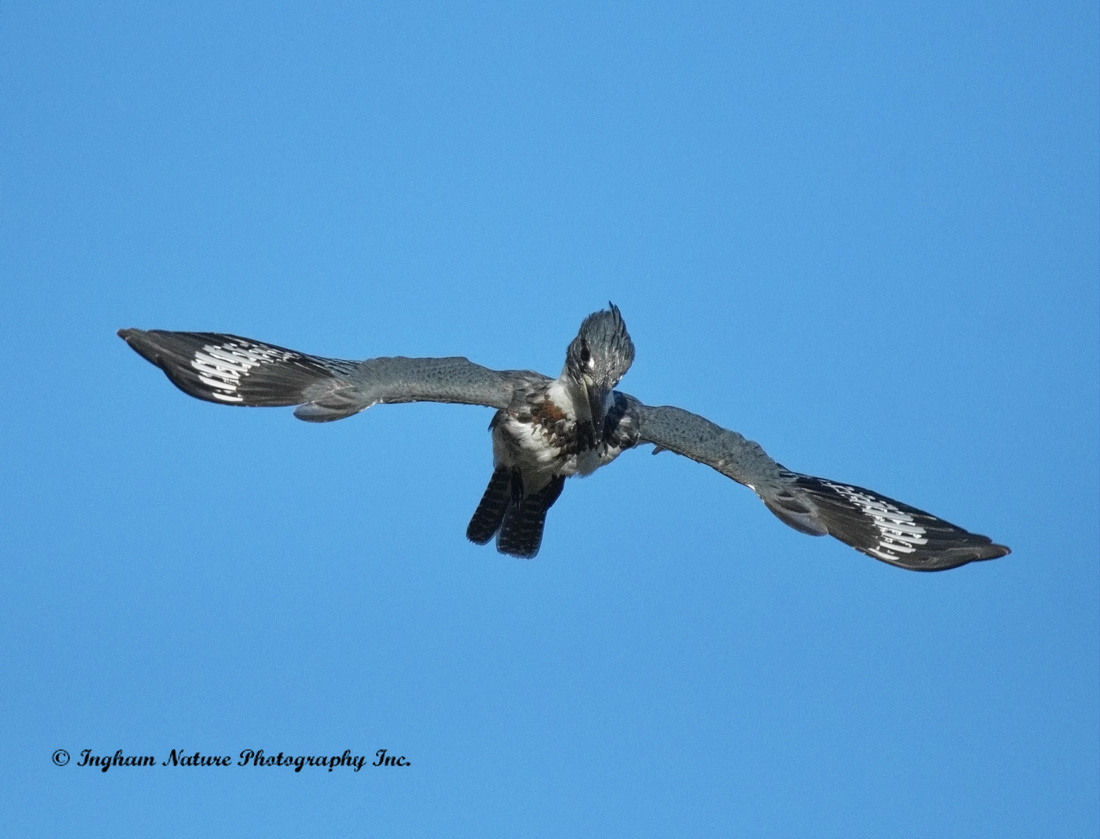 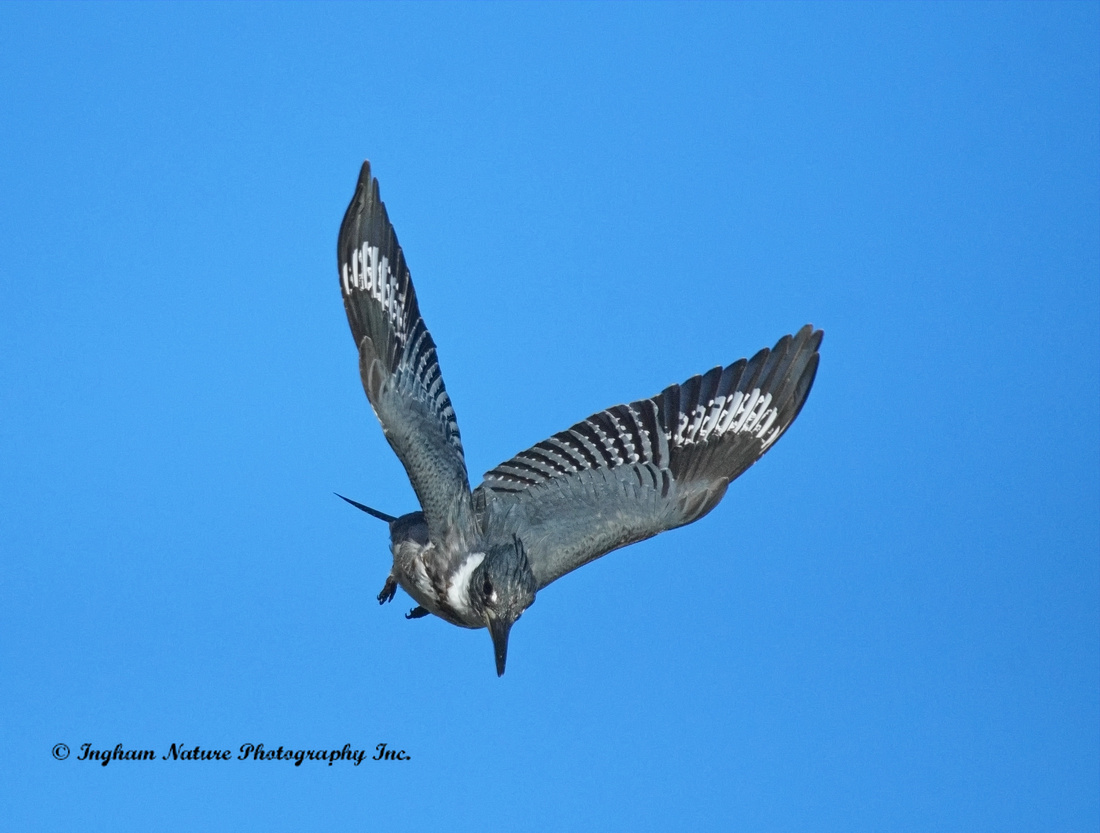