"SOMETHING IN THE WATER" - Black-Crowned Night Heron

"SOMETHING IN THE WATER"

When I first approached this pond from the side directly opposite the Black-Crowned Night Heron and saw it head on, I thought the heron was standing on a flat stone (not unusual) in the water.

Once I managed to walk around the pond and made it through the shrubbery, I realized the heron was actually standing in the water in its own reflection. I've mistaken that grayish belly more than once for a rock while a Black-Crowned Heron has been standing in the shade on a rocky creek, its head blending into the shadows. This is the first time, though, I've been fooled by a reflection.

I did, however, as I began shooting think this was a large heron by Black-Crowned standards. Upon closer inspection of the photos, I believe this is an older bird probably a male. You can see that its beak looks rather weathered and even some of its feathering (particularly around its neck) appears "mature".

It had no difficulty fishing (Photo #2 ) and flying (Photos #8 & 9), so it appears to be a mature healthy heron, well versed in its skills.

At one point, it flew directly across the pond and settled in the greenery. (Photos #4 through 7) 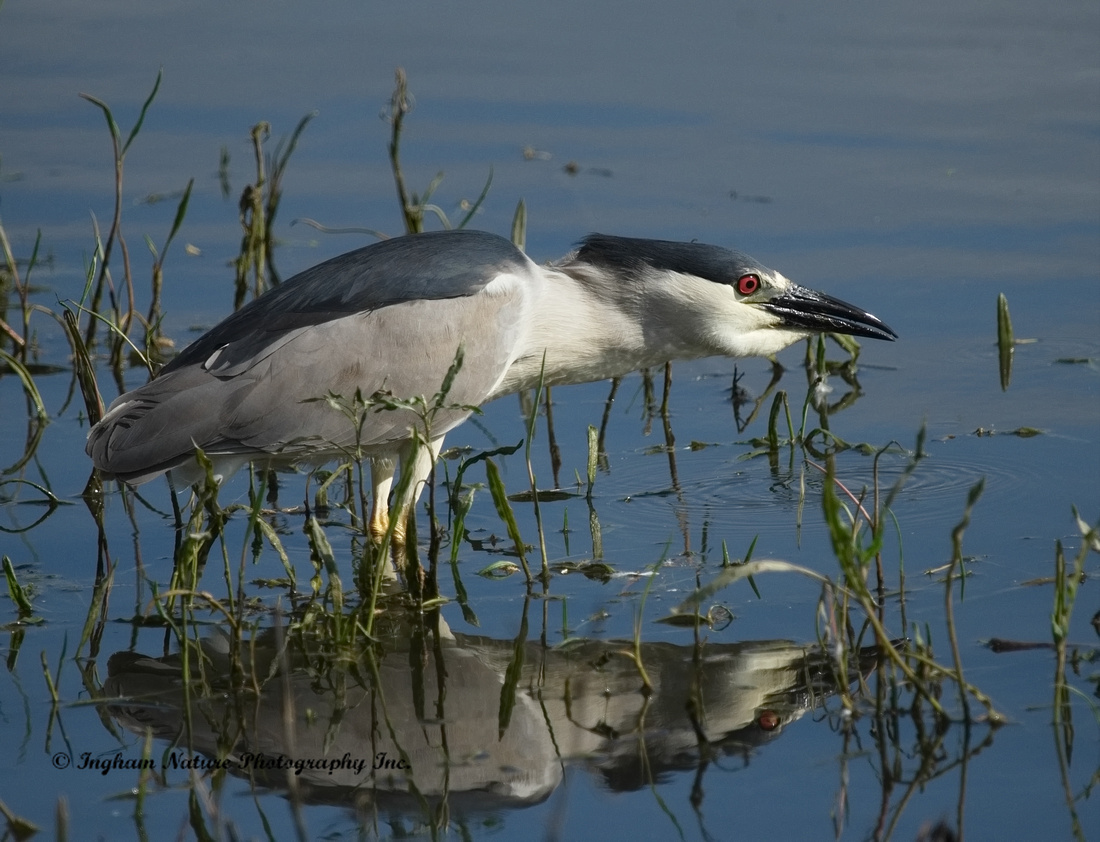 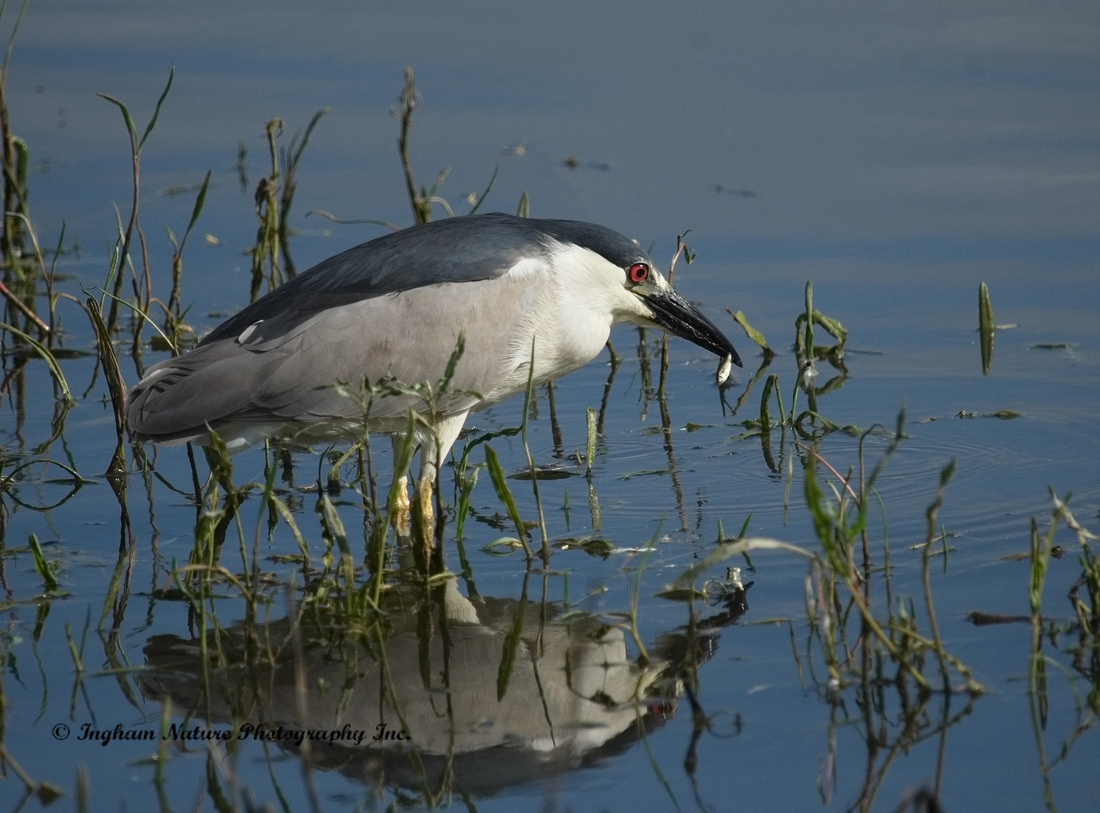 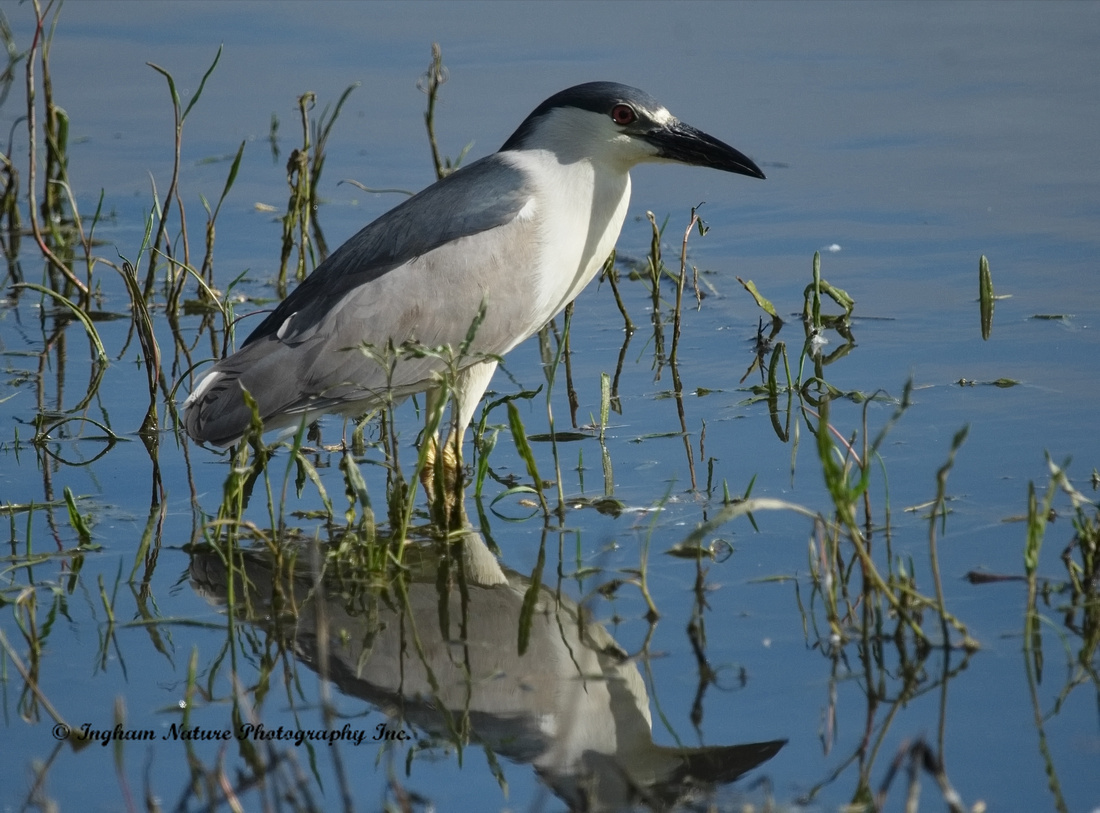 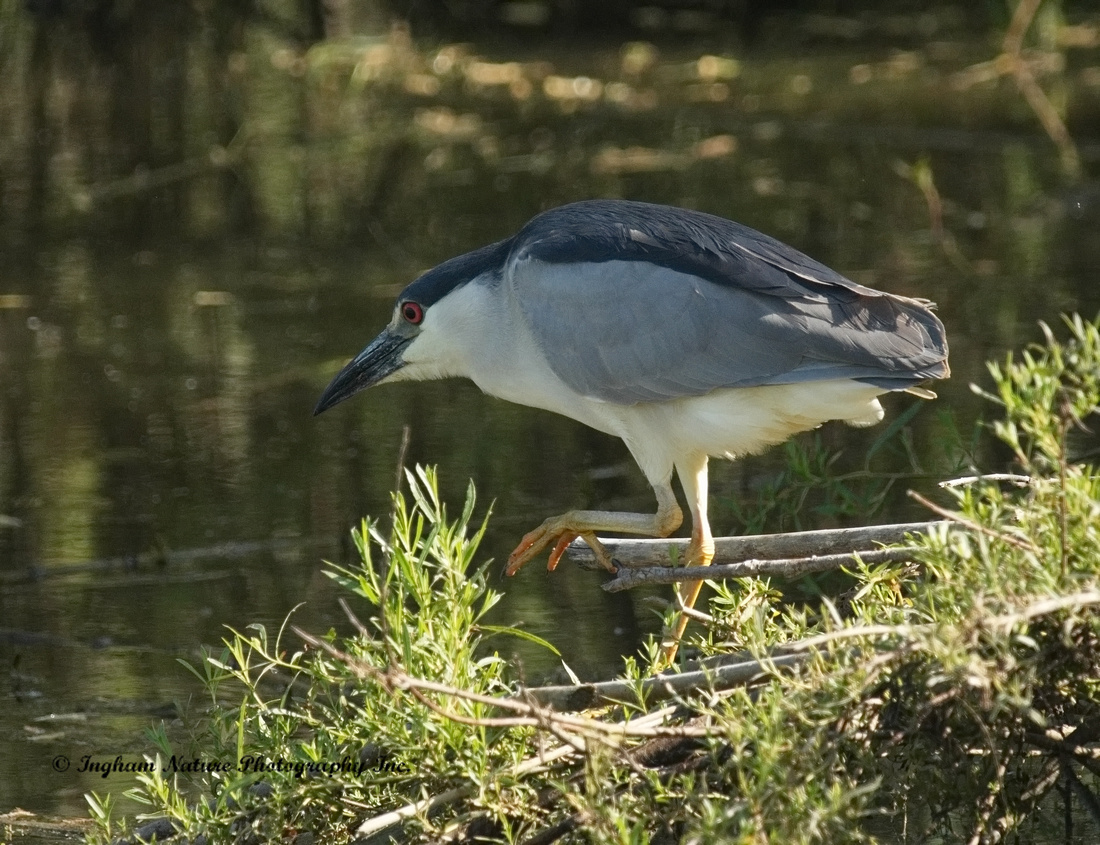 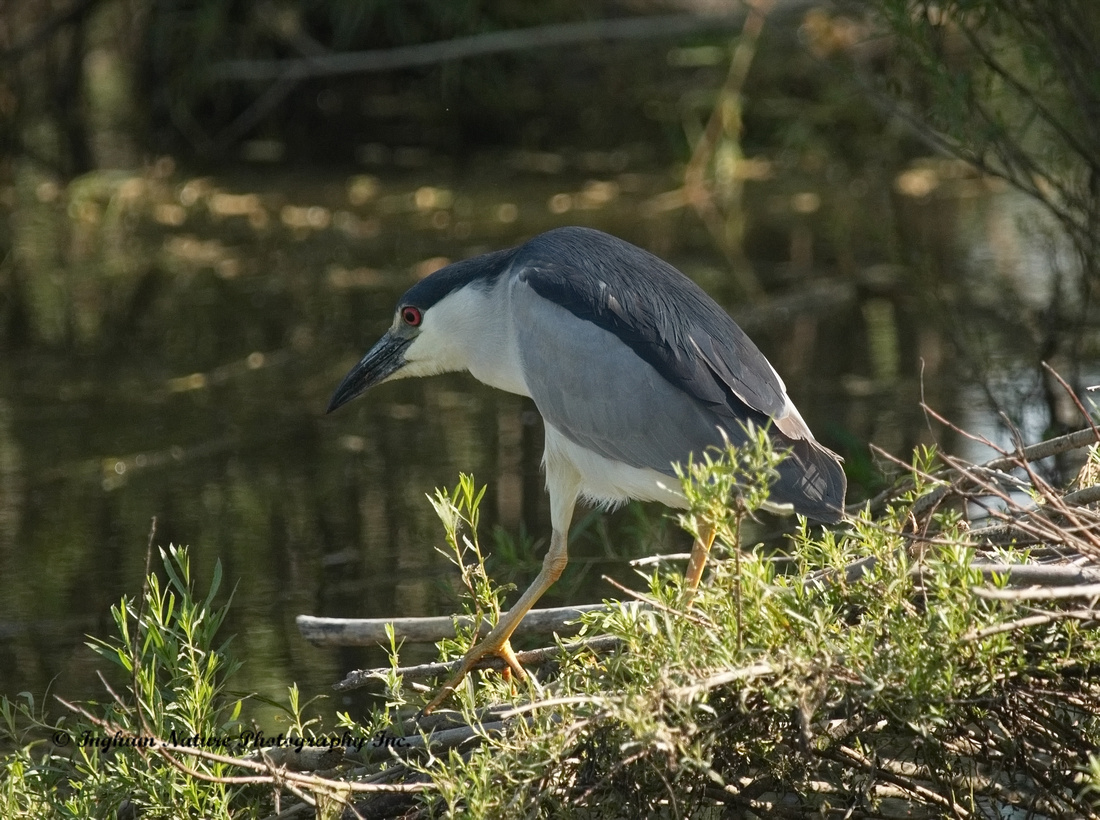 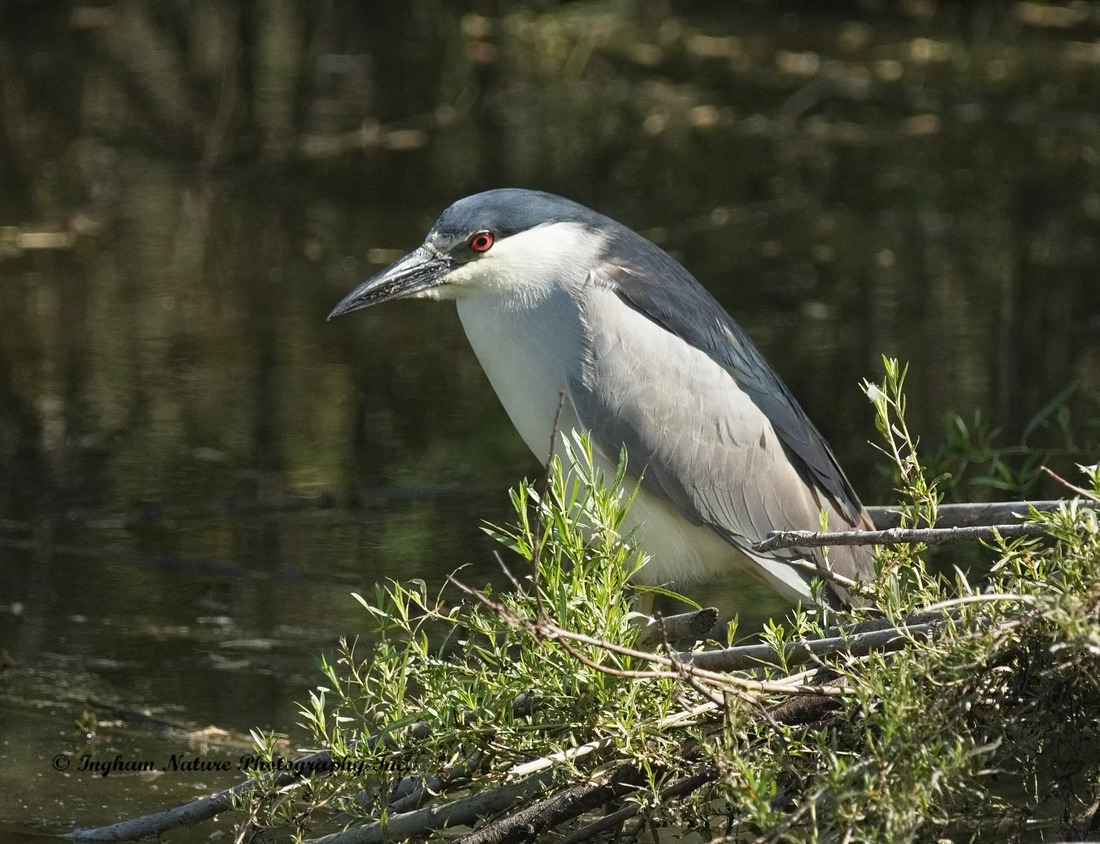 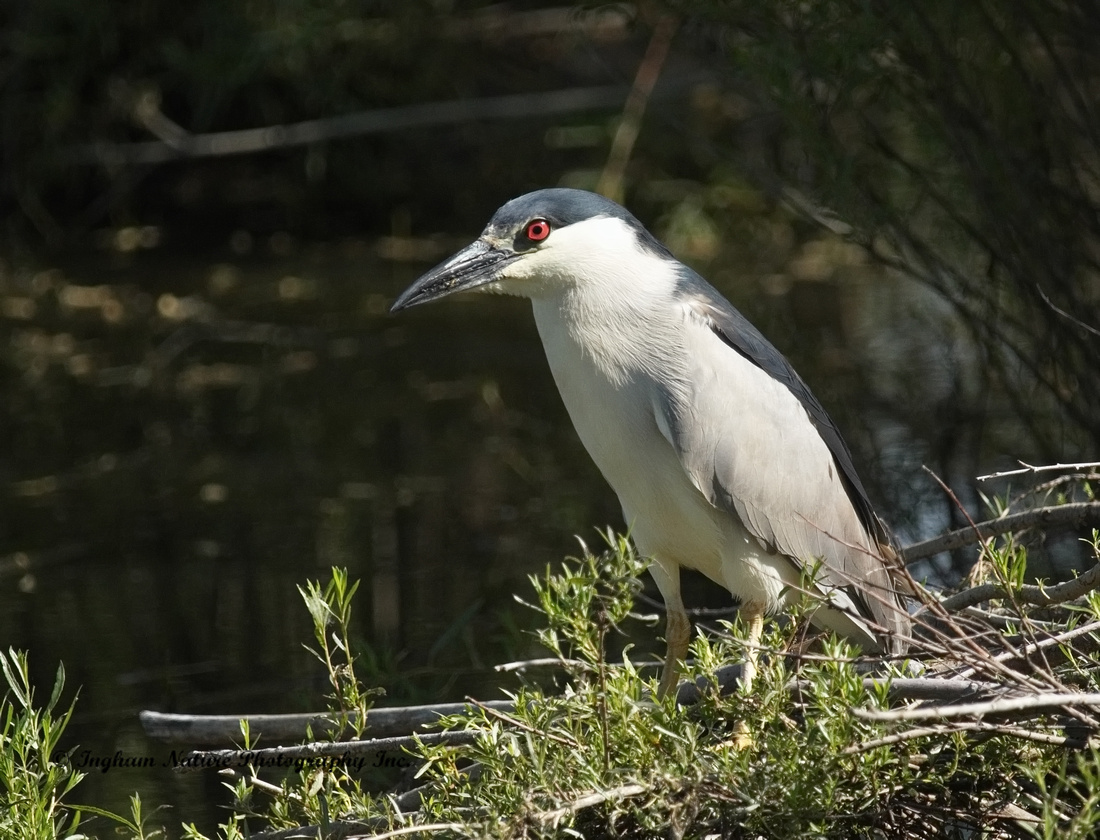 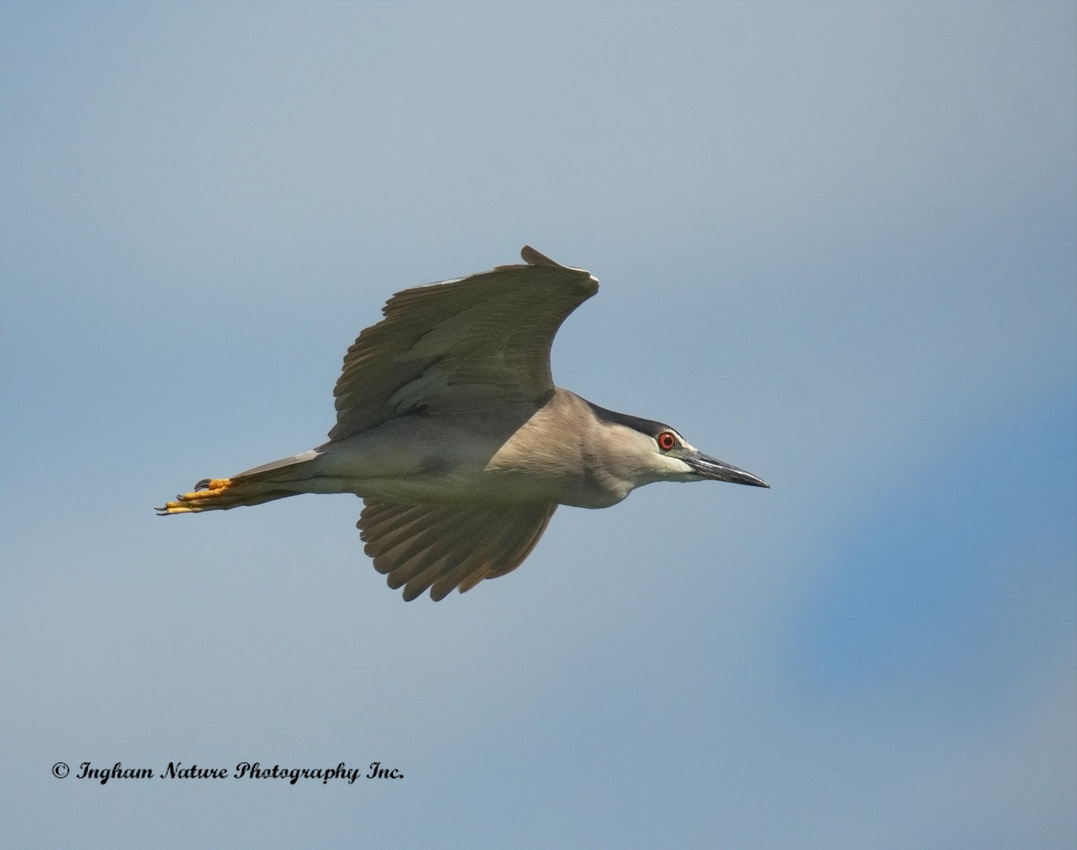 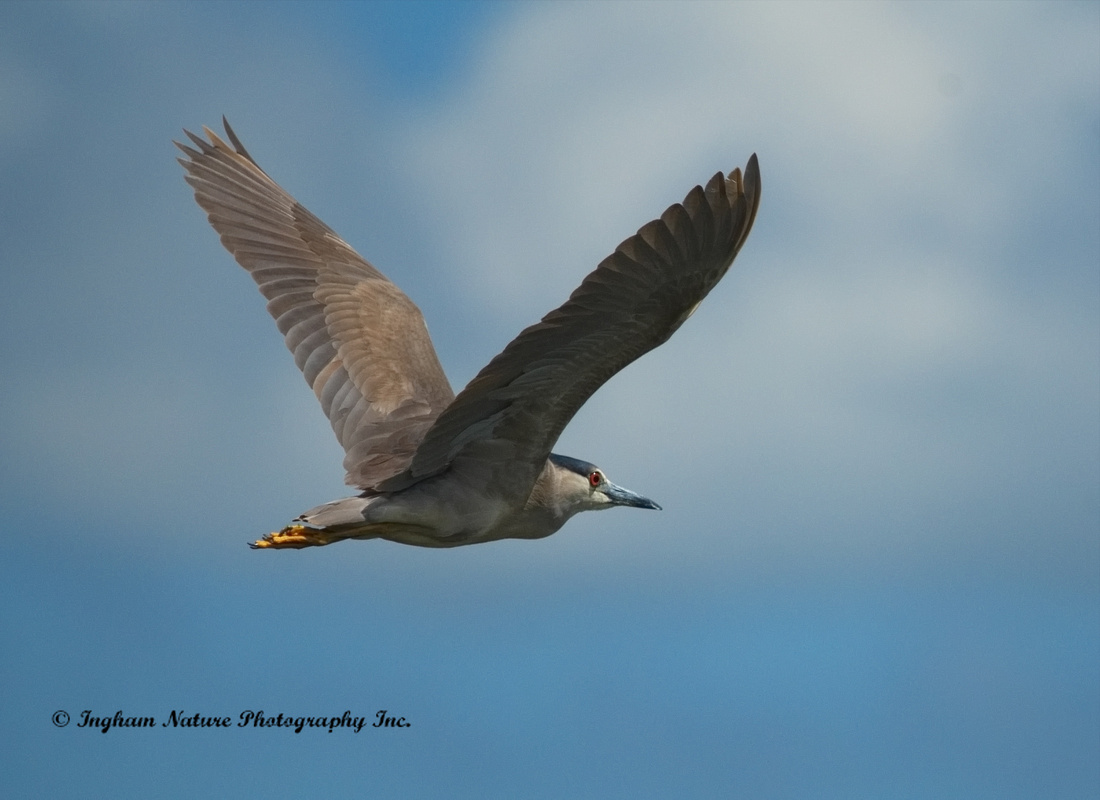