Moderating that term Elmer Fudd gave to Bugs Bunny, the following photos are of two different American Pikas (the Pika is also known as the Rock Rabbit), one adult & one, I believe, is a youngster born this year.

The American Pika is found in the the western mountains of North America. They generally live in the scree near or above the tree line. Fortunately, these pikas live in an area that is somewhat accessible in the Kananaskis area. Pikas are members of the rabbit family (hence the "rascally rabbit" terminology) and the American Pika is only one of two Pika species which inhabit North America.

Usually the first sighting of a pika is the rapid movement, followed by "Did I actually see something?" These photos were taken on two different days, one pika per day. At first, both were extremely shy, running between rocks and hiding in the crevices. Eventually, standing completely still but camera ready, both came out to explore & forage.

And there is no honour amongst pikas. During the Summer they harvest the flowers & greens of the mountain flora to feed themselves over the Winter months. They do not hibernate but stay in their dens during the colder months and require the hay for those lean times. It has been known that as one Pika goes out foraging, another will hang back, wait until it has ventured away from its den and then raid its supplies. Believe squirrels have also been known to steal from one another's cache. (There's always one!)  And unfortunately, they are everyone's (i.e. predator's) favourite, including bobcats, coyotes, foxes, weasels and eagles, to name just a few. 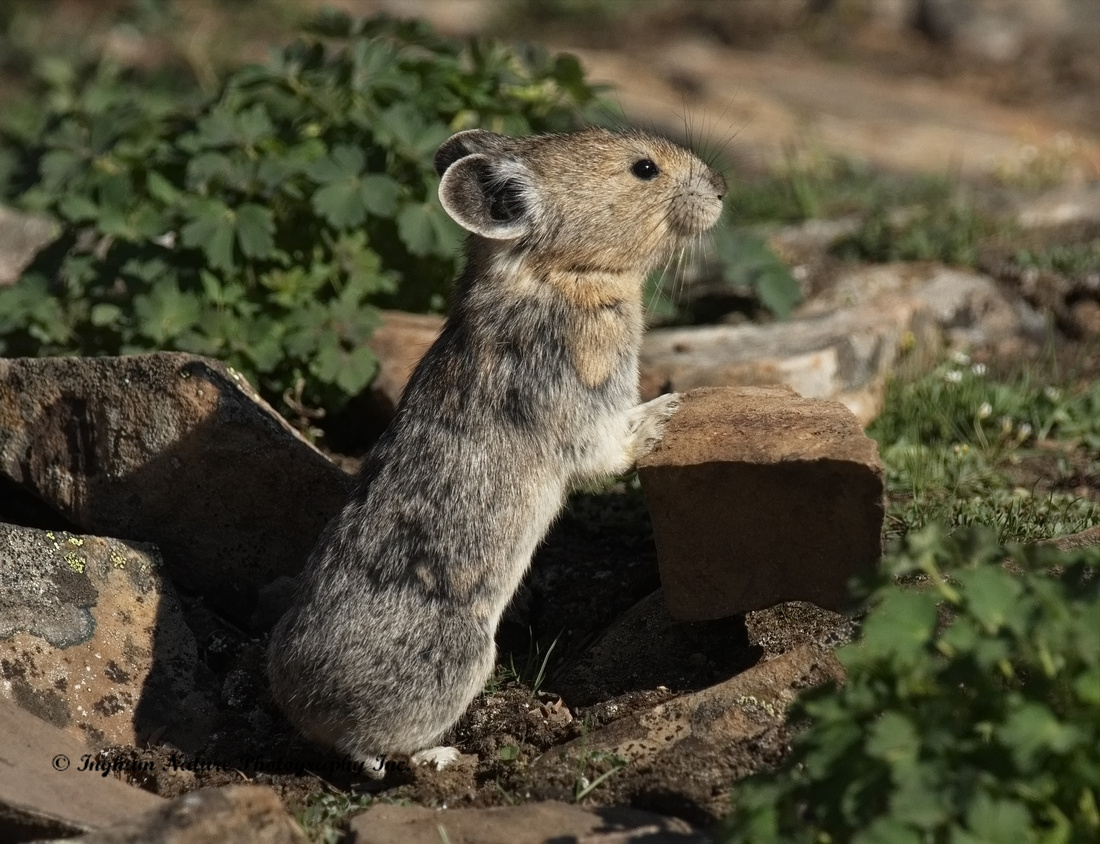 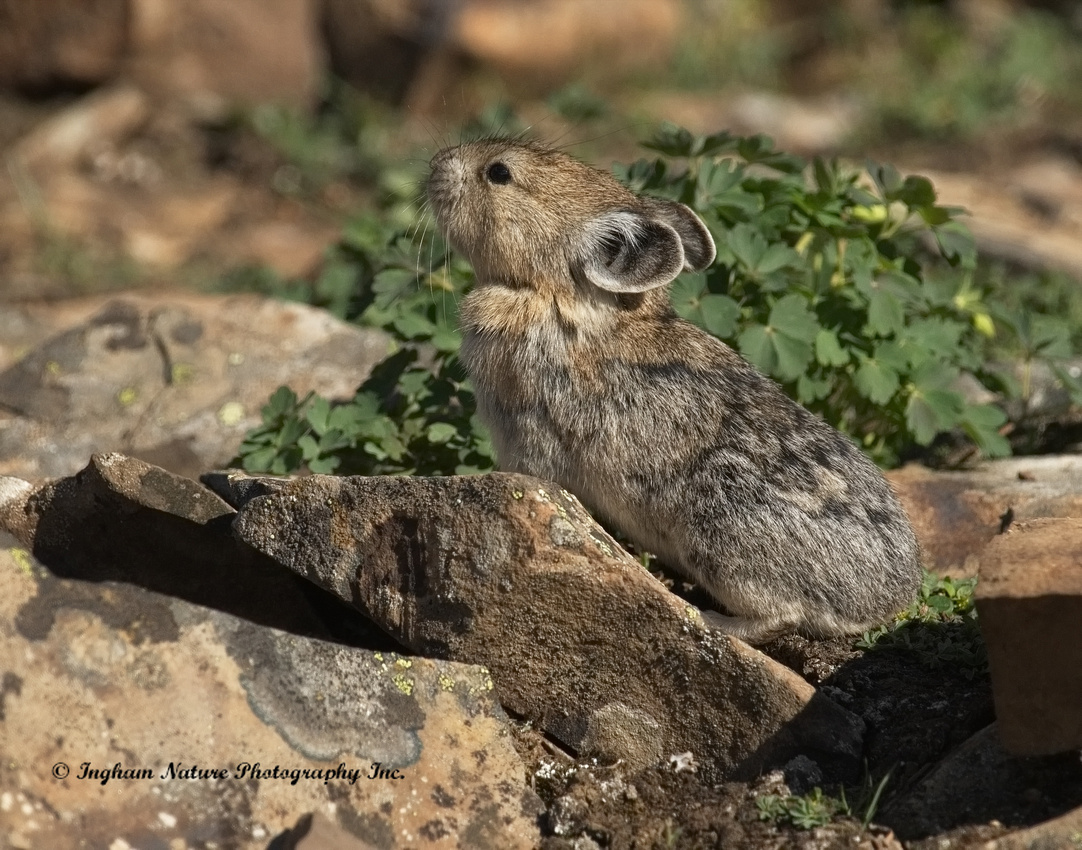 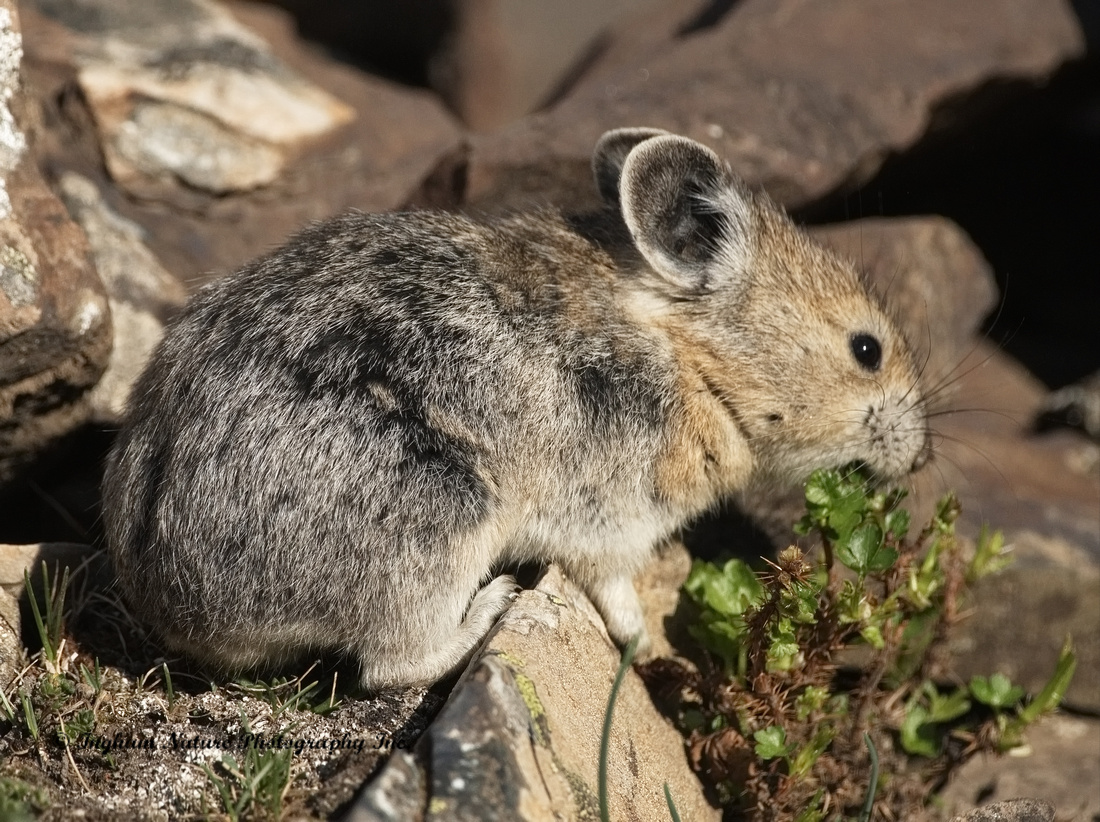 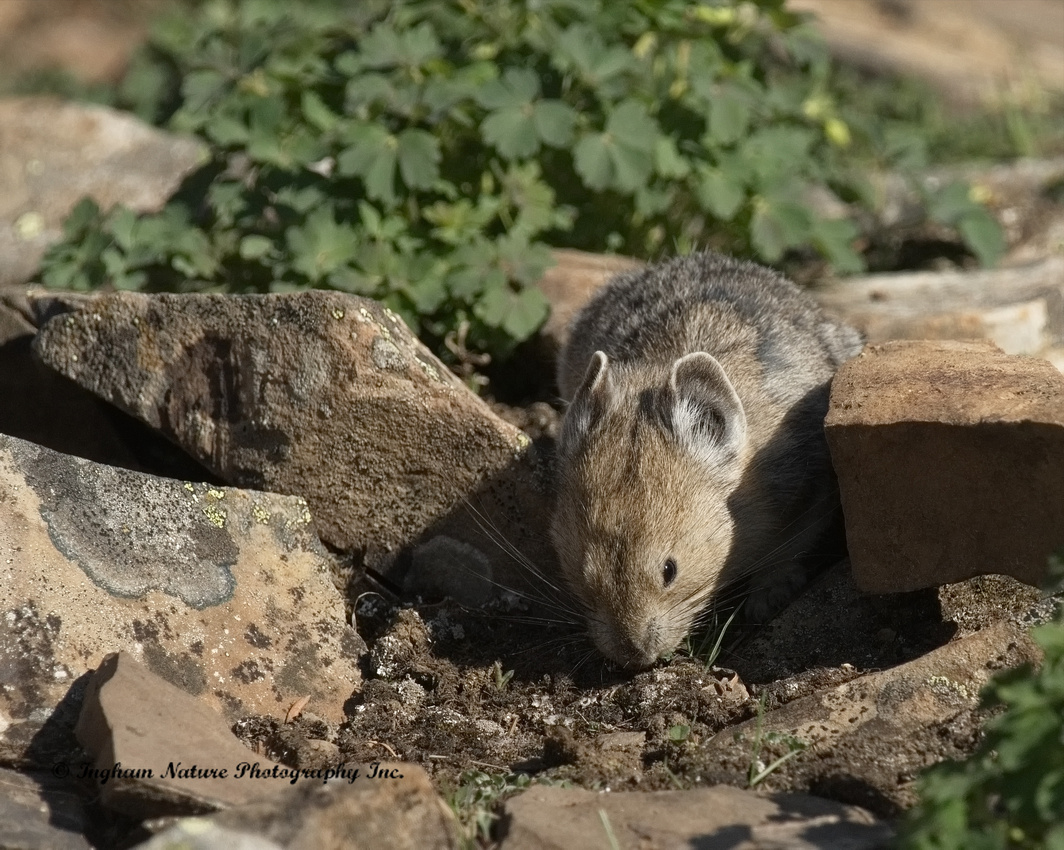 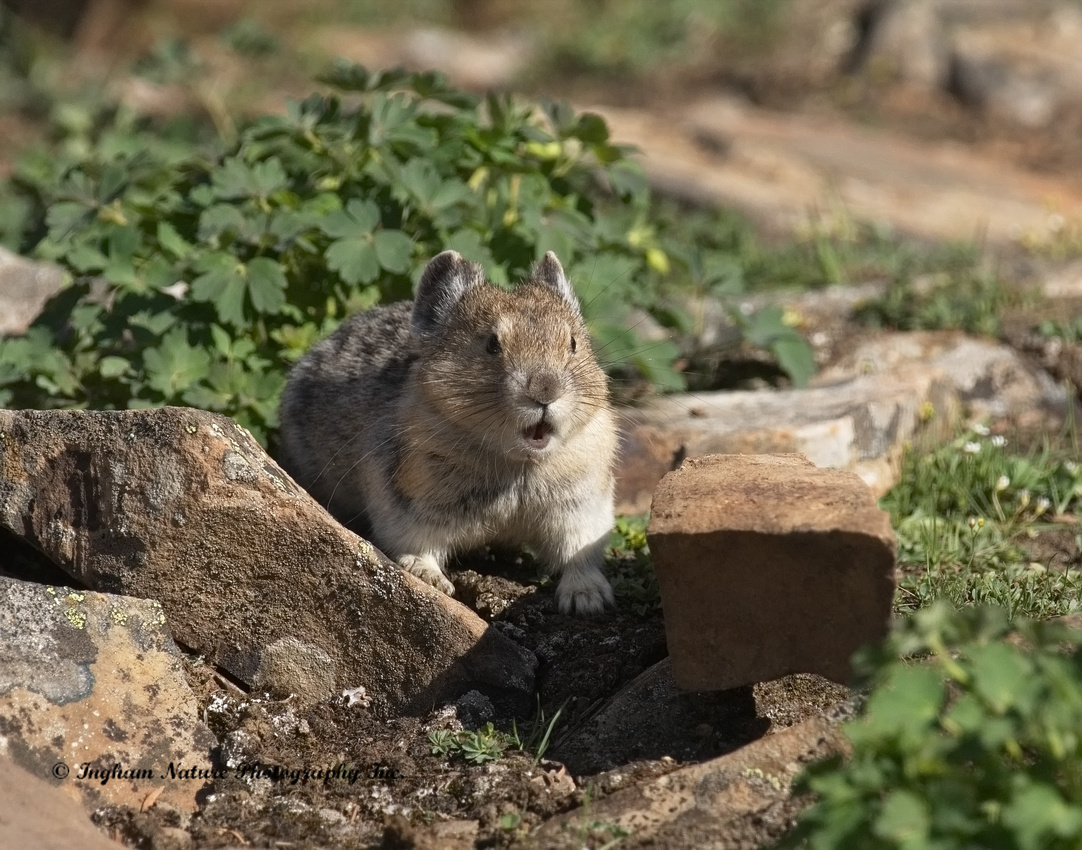 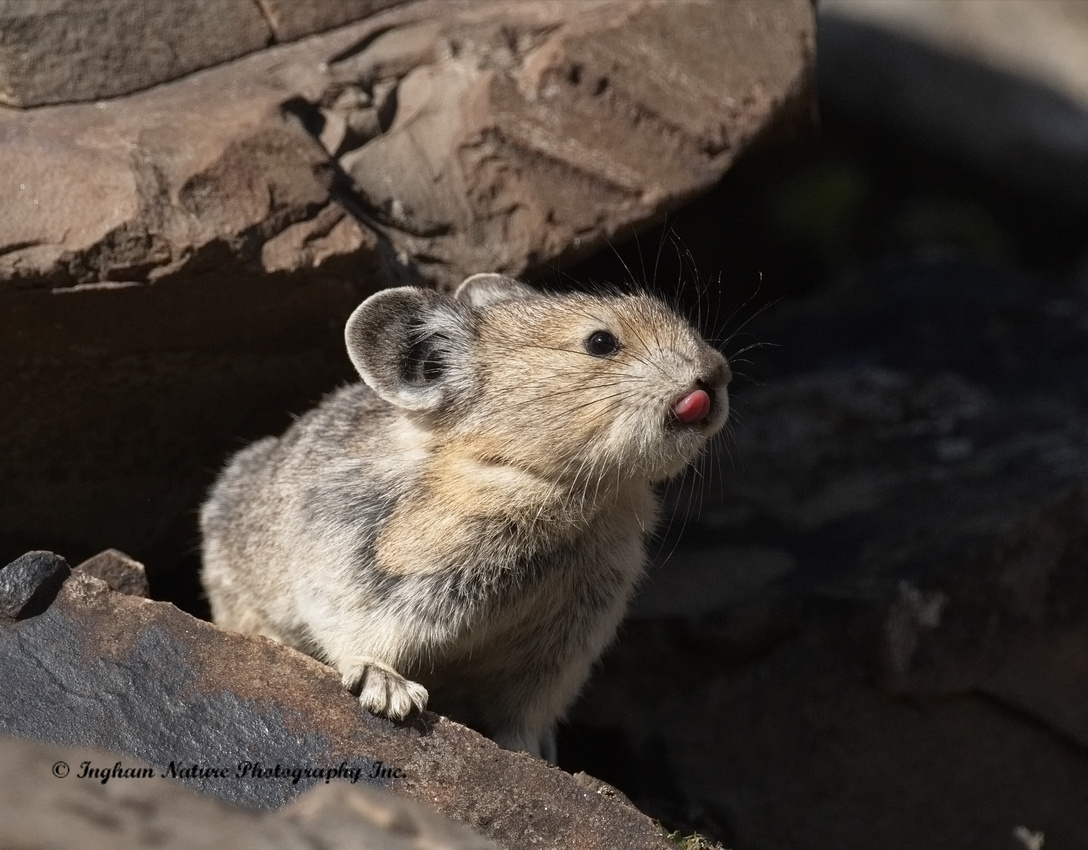 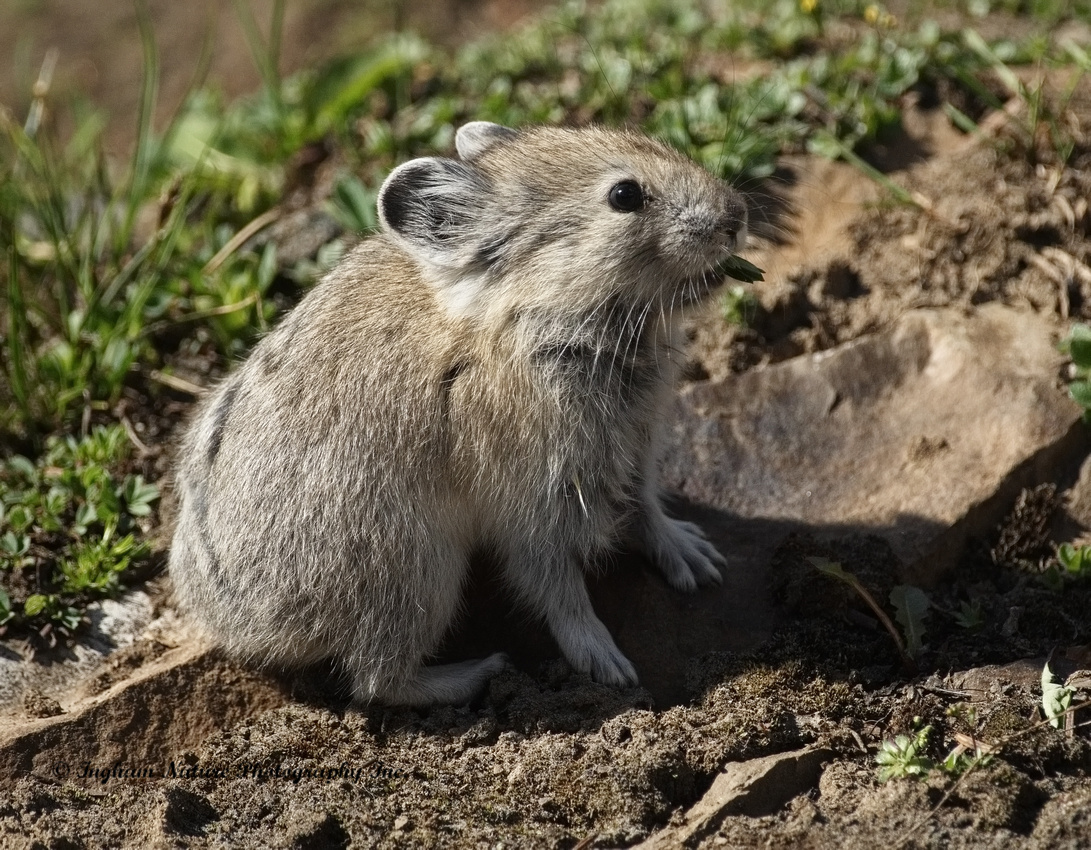 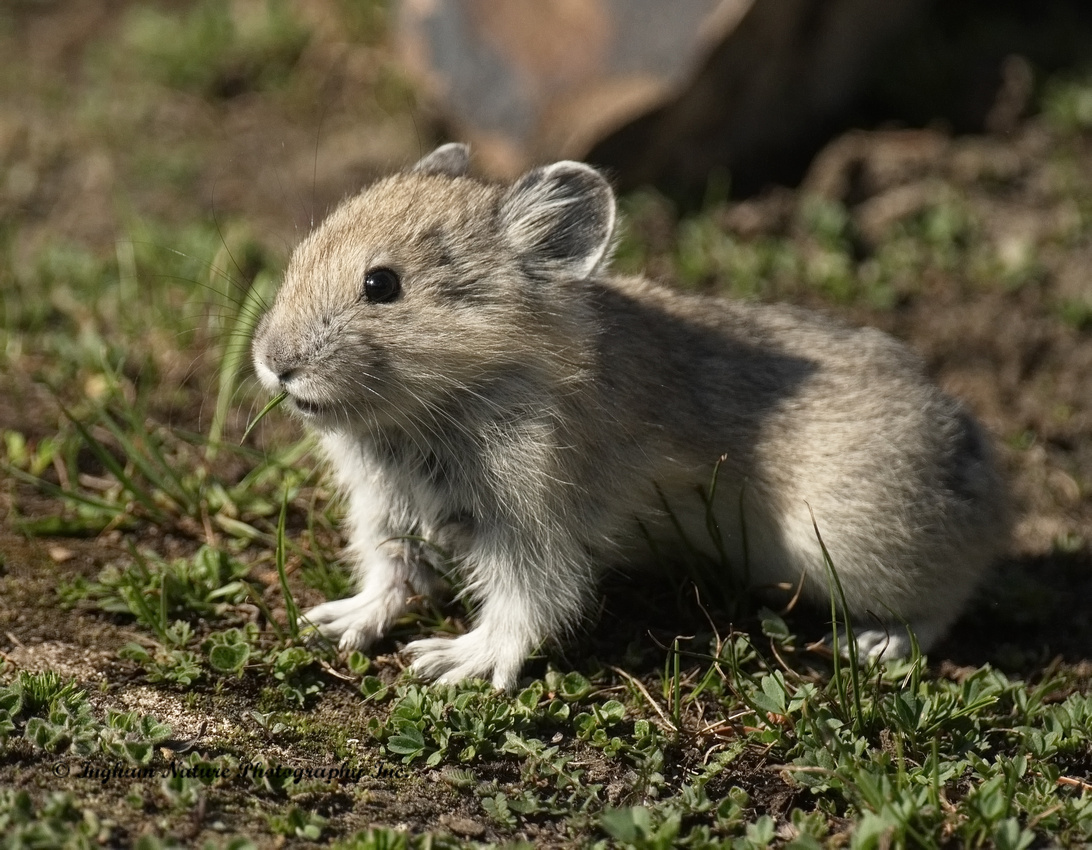 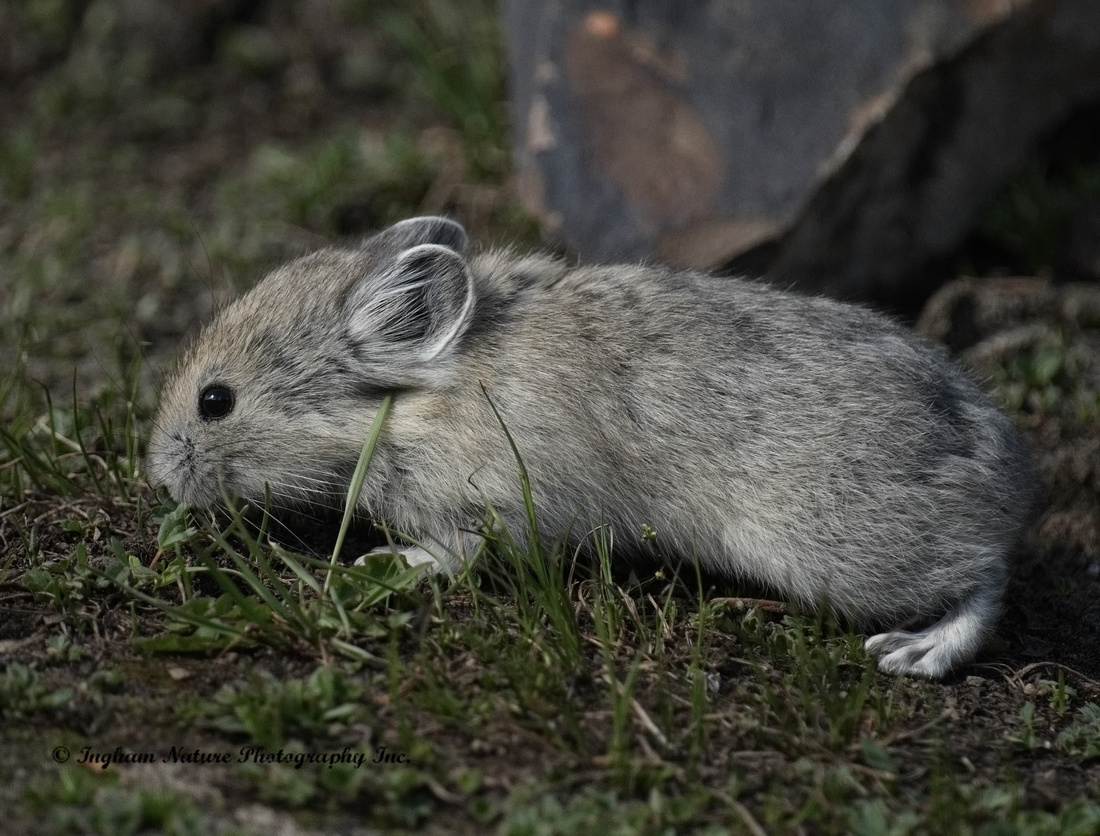 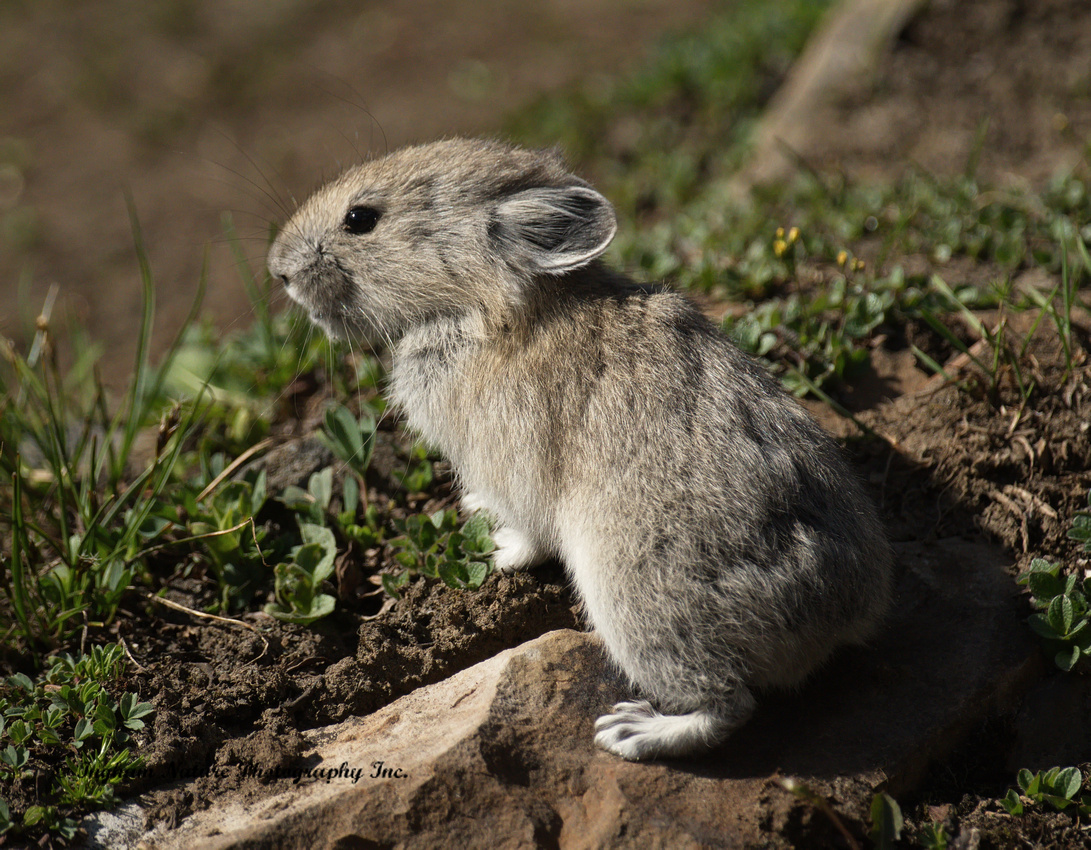 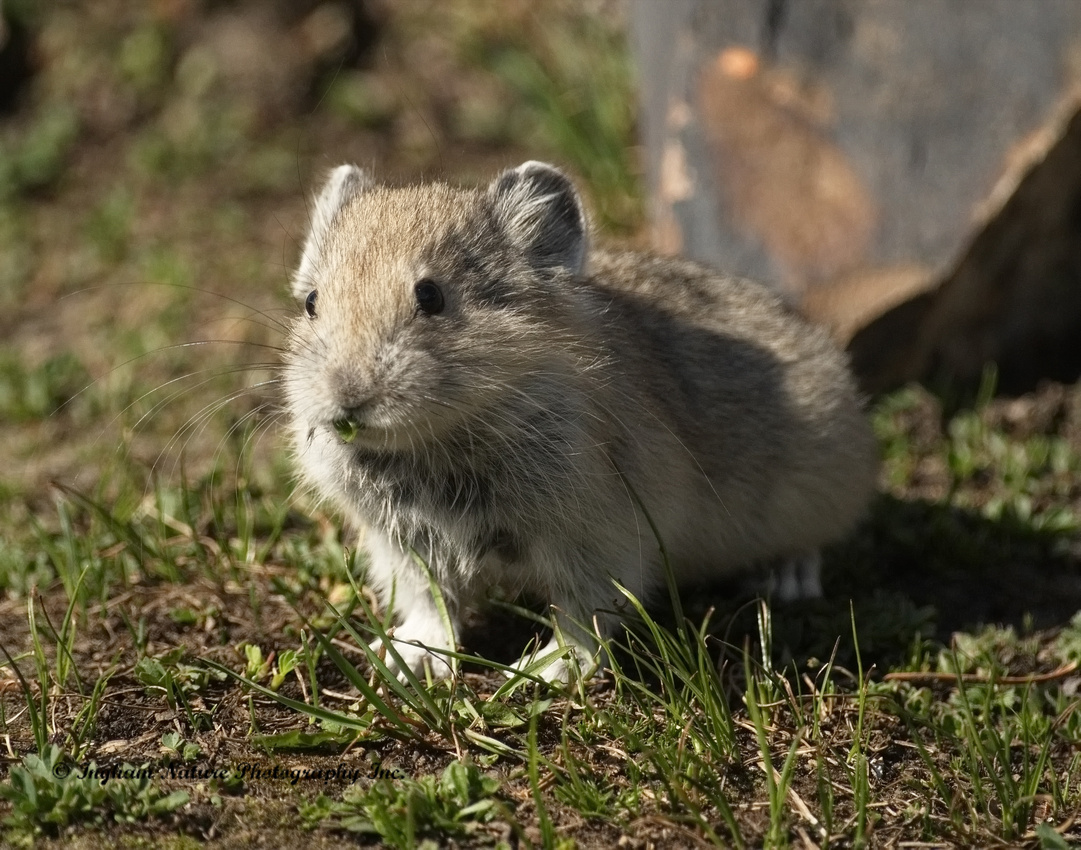