NOTE: ALL PHOTOS TAKEN FROM A SAFE DISTANCE & LOCATION

Took a chance & the opportunity with the potential of inclement weather for a day trip to Kananaskis, Alberta, Canada to scout for wildlife.

It had begun to drizzle when two small cubs were spotted in a dense grassy meadow. A split second later, Momma appeared out of the tall grass with another cub. Any bear spotting is a thrill but that is always compounded by cubs. And then to see a healthy female Grizzly Bear with three cubs all equally healthy and active is a definite plus to the eco-system. Another three bears (whatever the gender) have to be a boost to the Grizzly Bear population particularly if more than one makes that crucial period of maturing into independent bears.

The sow was extremely relaxed with her surroundings and cubs, as you can see from Photo #1 as she munched on a large dandelion. The personalities of the three youngsters became quickly apparent. The middle one seemed to like to hang out close to its mother (Photo #2 to Photo #5 ) and the youngest seemed to be a little upset about the rain and the dampness and headed for a small fir tree for some cover (Photo #6 to Photo #9).  This cub has a very long face and I think almost appears to look similar to a wolf cub. A look that bears (no pun intended) credence to the fact that bears & wolves have a shared ancestor.

The biggest (probably the oldest) insisted on hanging back when its siblings and Mum headed over to the next meadow. It was distracted by the plentiful crop of dandelions, all still in bloom. It was very much the child in the candy store! :) (Photo #10)

Prior to crossing meadows, Mum stopped and sniffed the air. (Photo #11) The reasoning soon became apparent. Shortly thereafter it began to heavily pour and most likely she could smell the change in the air and was looking for cover for her youngsters in a more thickly forested area. She crossed to the next meadow first and waited for her cubs to follow. The two youngest followed quickly and went down into the lower area. She then waited at the edge for "little independent" to make the crossing, let the cub pass her and then followed it down to the low meadow. All three cubs present and accounted for. 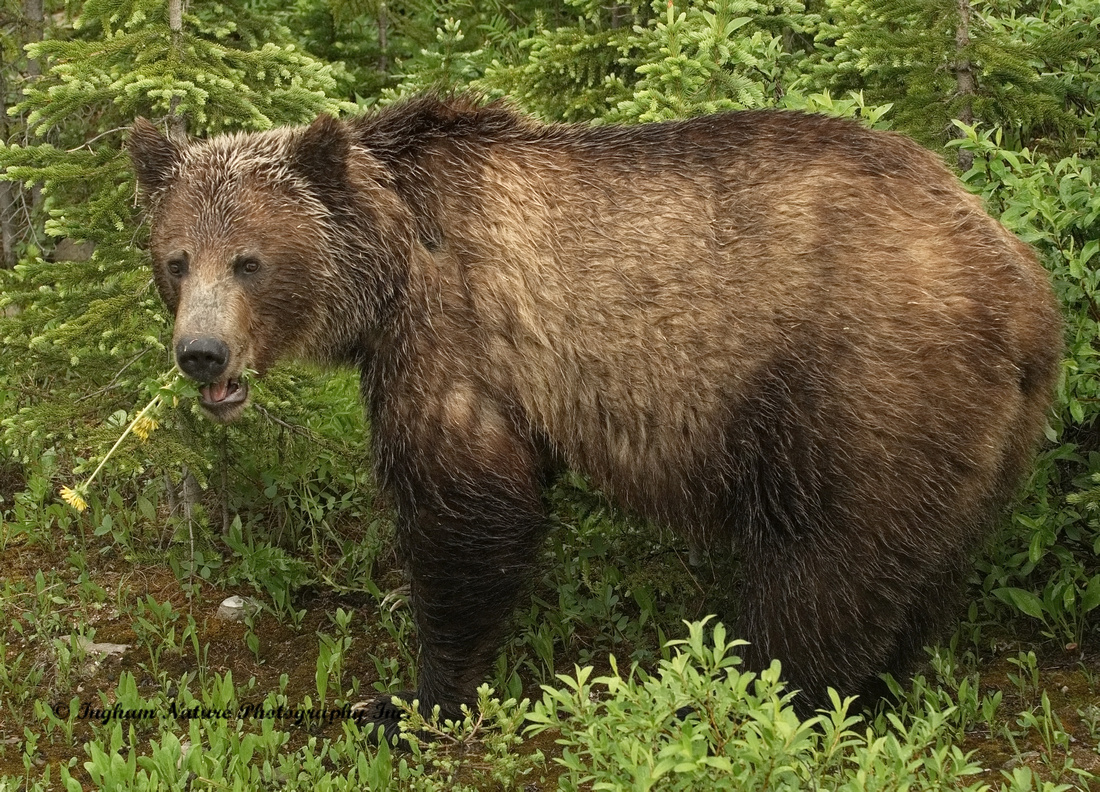 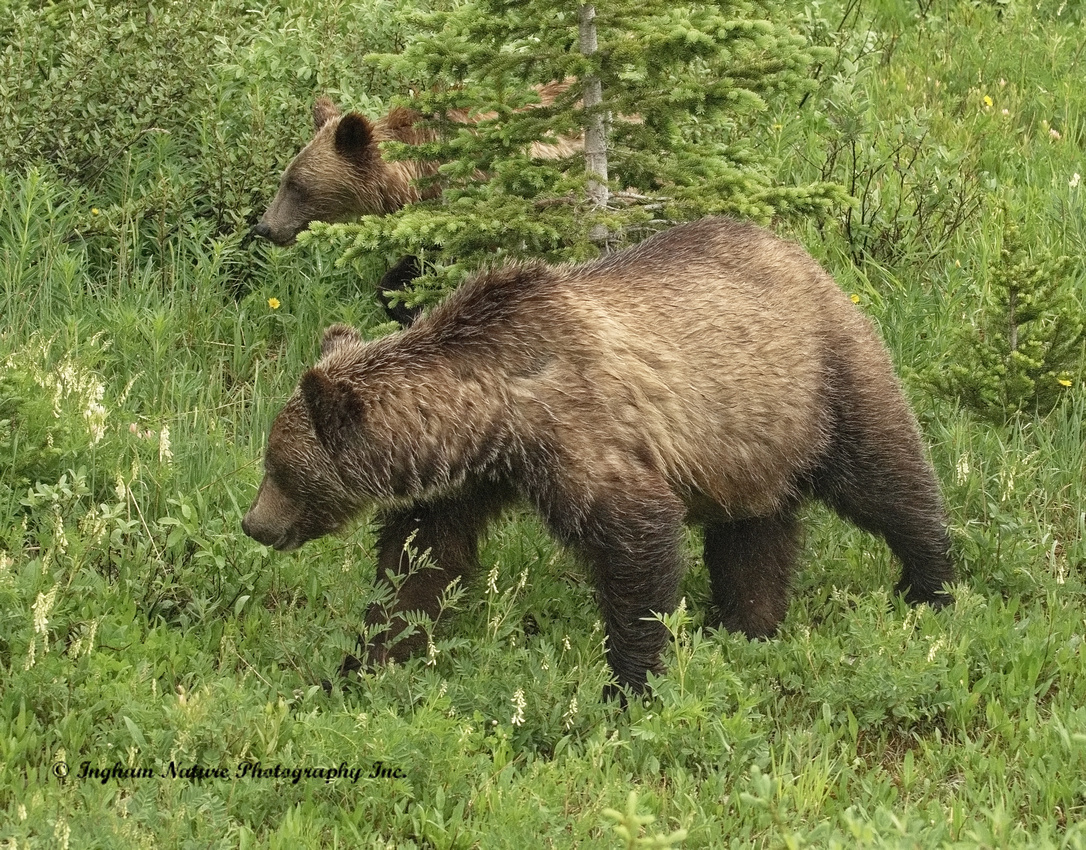 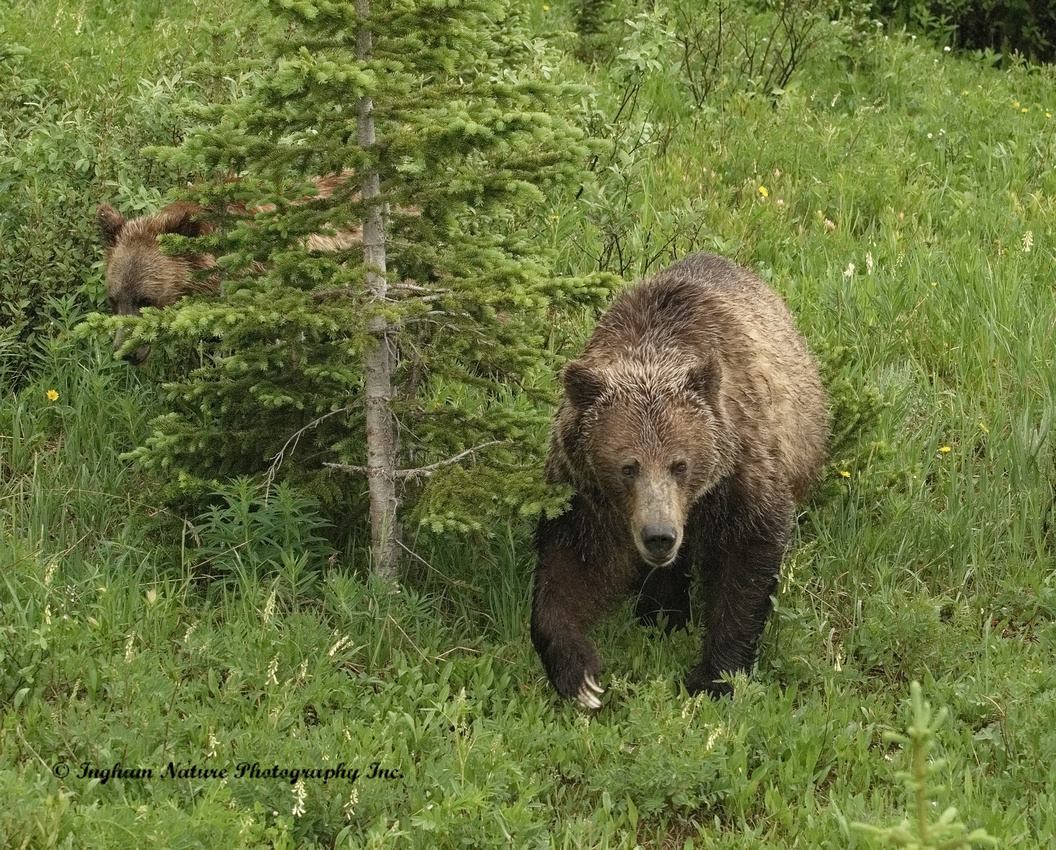 Grizzly Bear - Adult & Cub"I'M WITH YOU ALL THE WAY"
(Kananaskis, Alberta, CA) 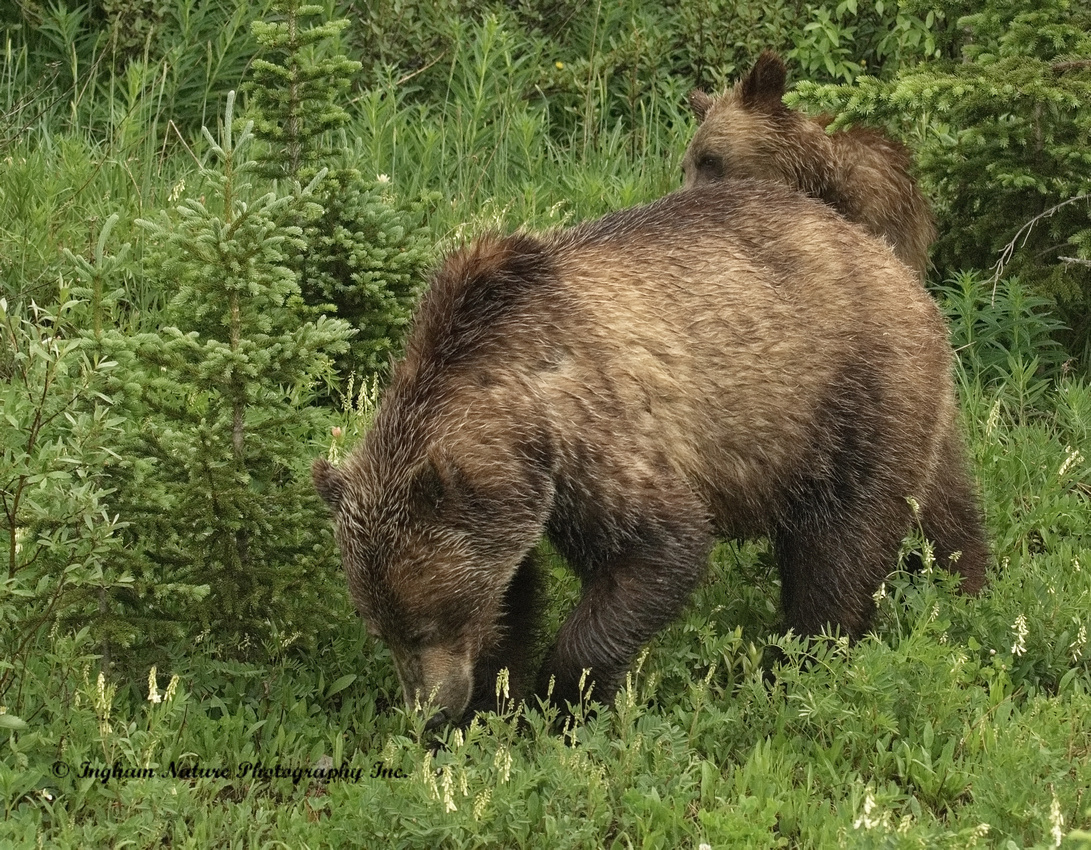 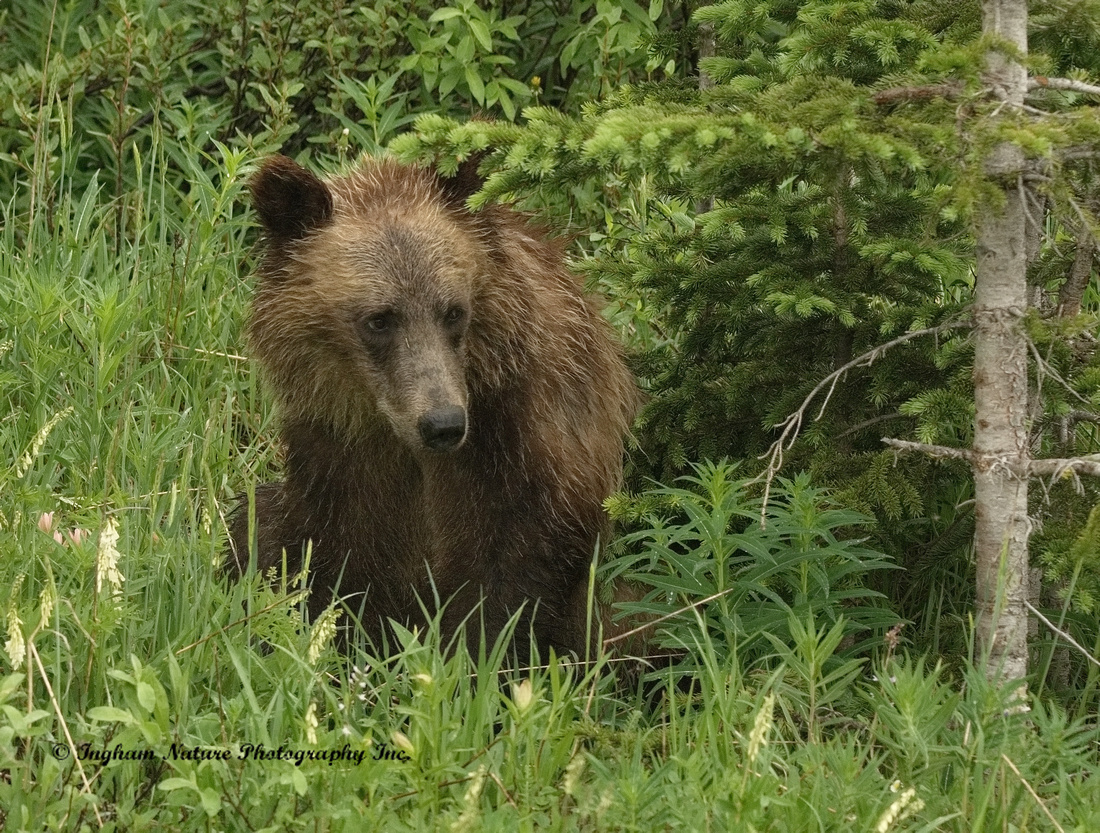 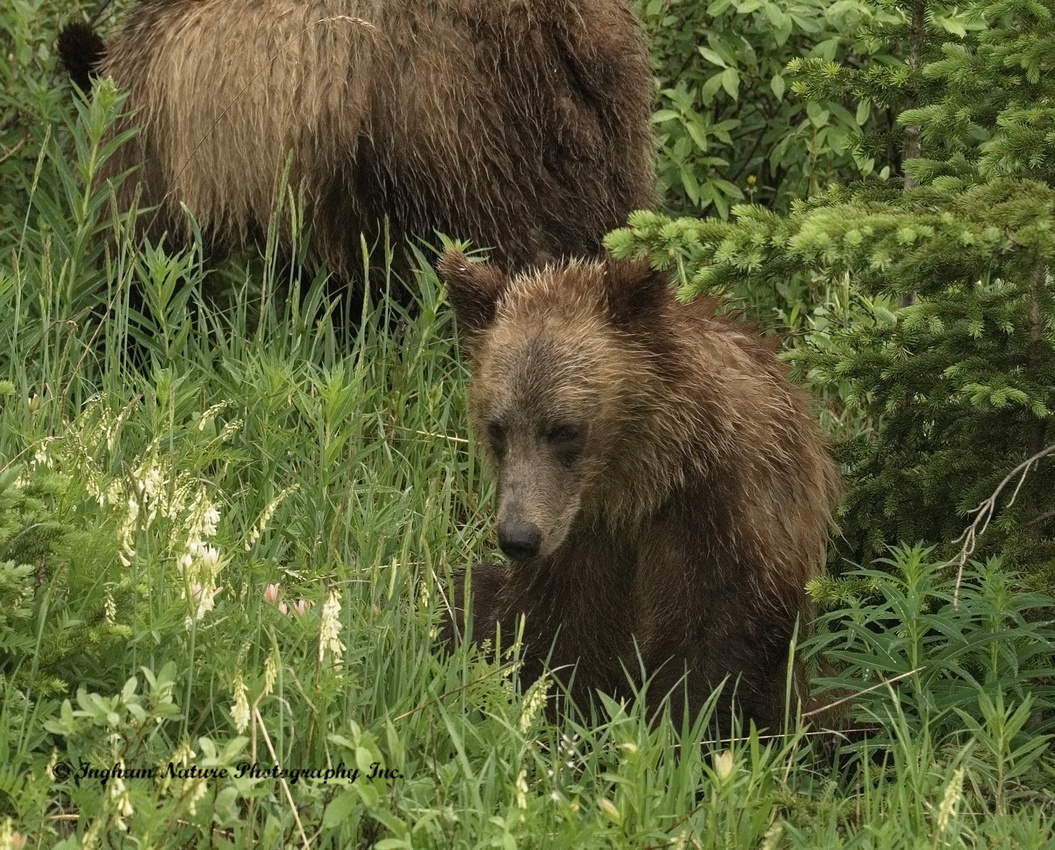 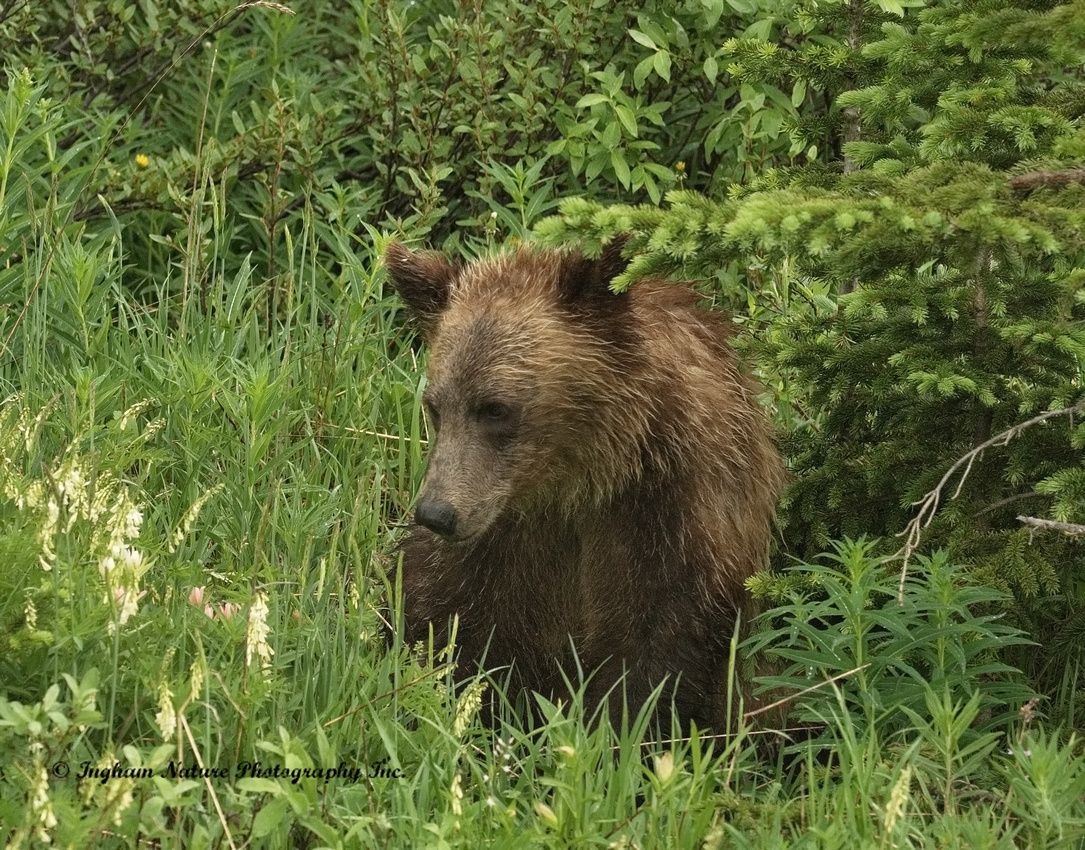 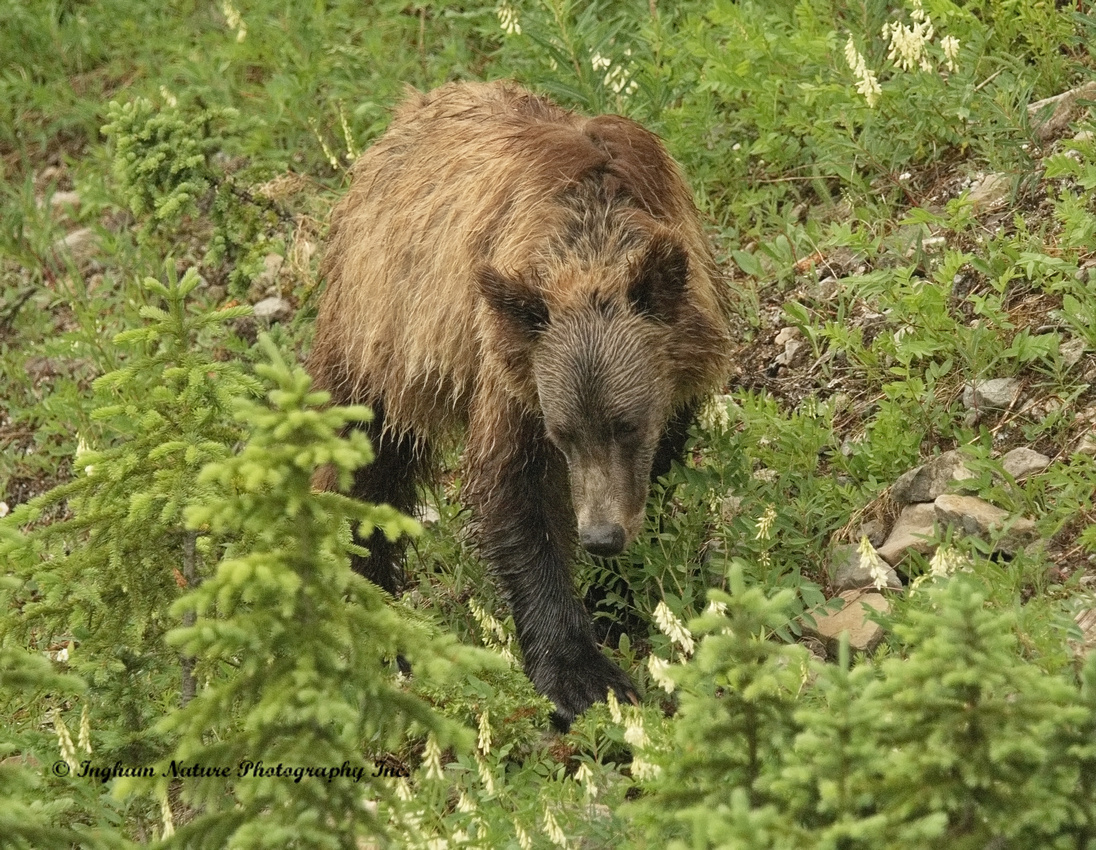 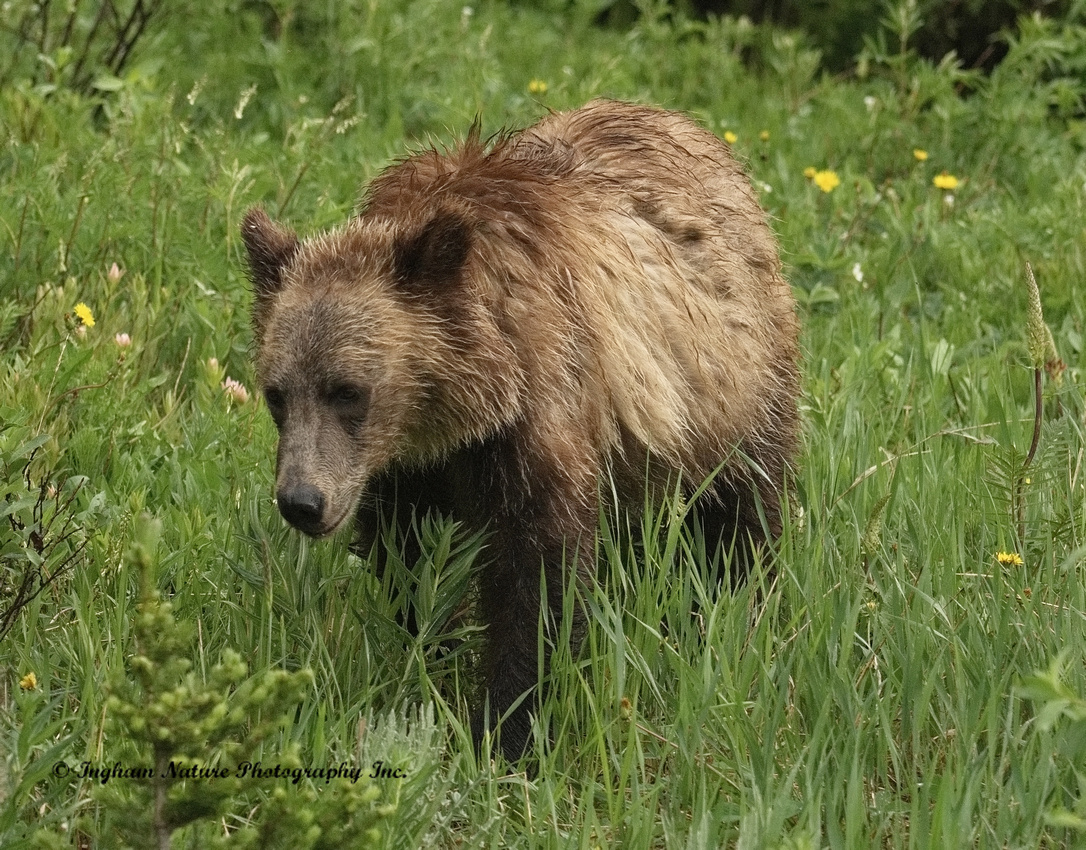 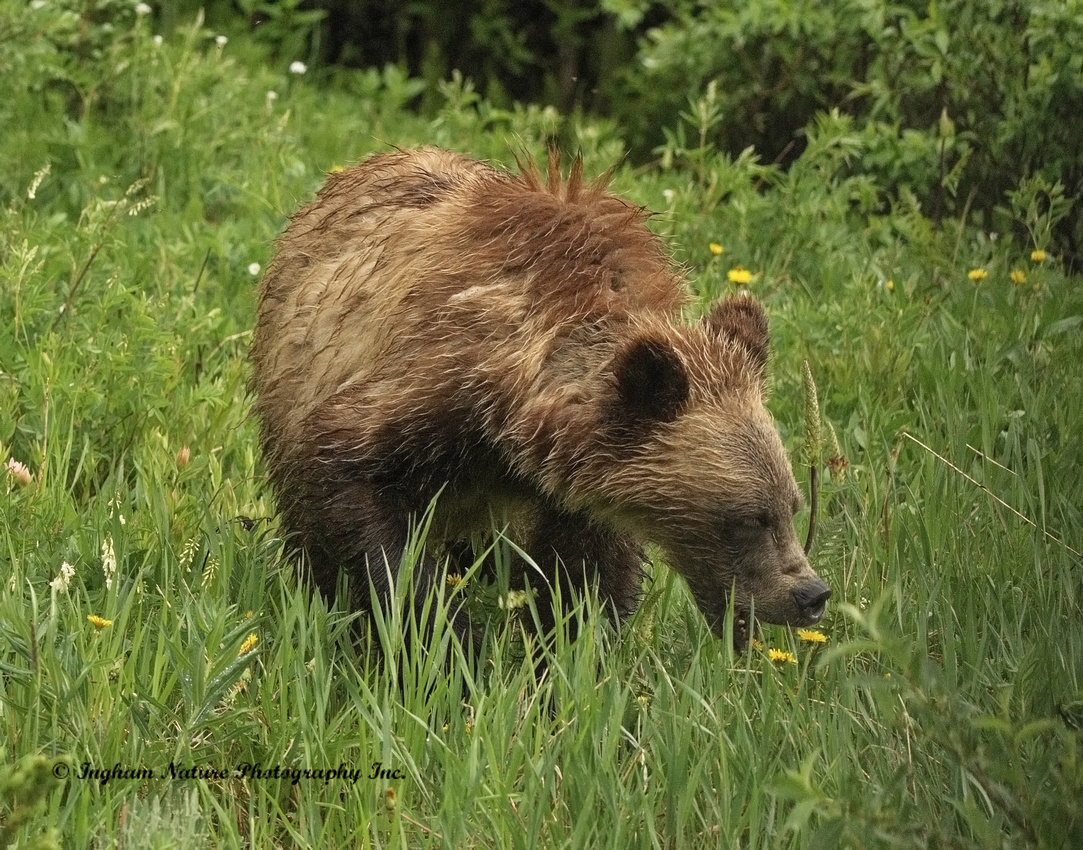 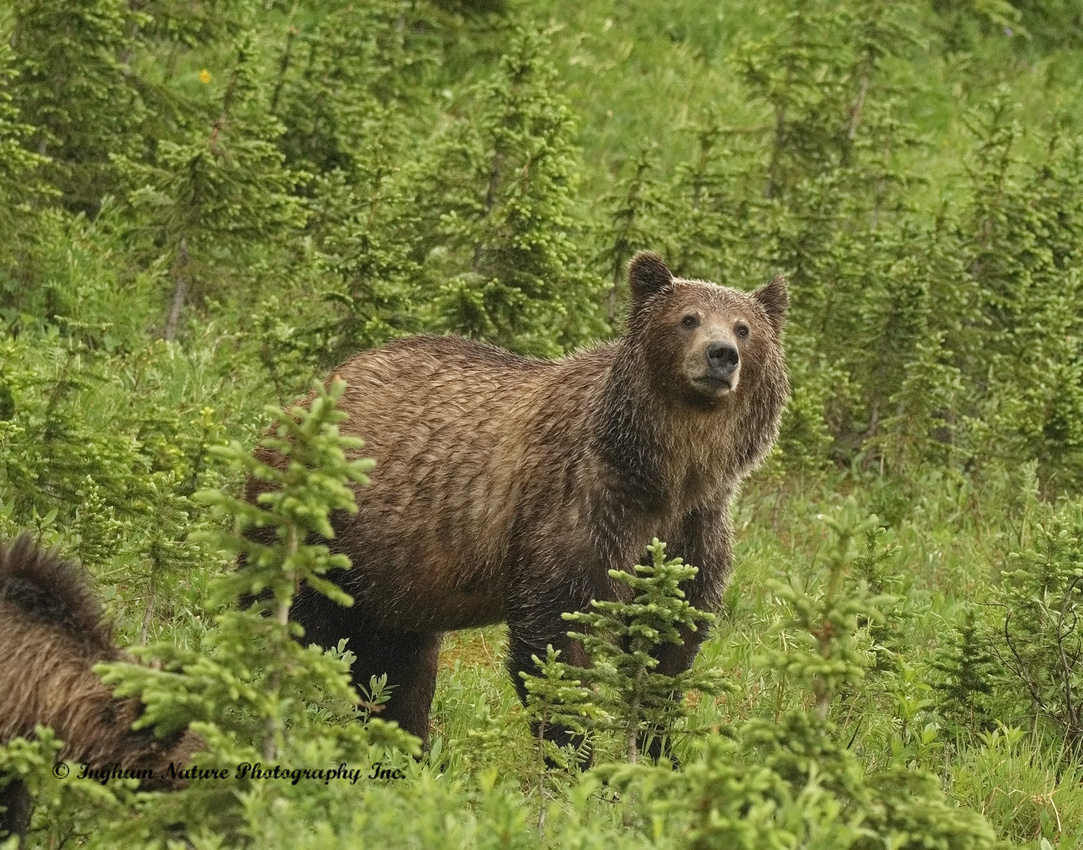