"ALL THAT GLITTERS IS NOT GOLD - ITS BETTER" - Dragonfly & Damselflies

"ALL THAT GLITTERS IS NOT GOLD - IT'S BETTER!"

Dragonflies appear to have that air of magic about them.

I was sitting by a pond hoping for some wildlife when I noticed the back & forth motion of many dragonflies & damselflies. Now only if one or two would settle.

A couple of hours passed and no sign of wildlife, other than the odd duck & blackbird and then one particular dragonfly began to settle, fly off and then settle again on a specific branch near the water. As the temperature increased, so did the action of the damselflies. They appeared to be in a breeding frenzy with multiple partners.

The dragonfly, however, flew a few times with another but seemed quite content to spend the hot afternoon basking in the sun.

With the close up of the camera, the outstanding beauty and intricacy of the dragonfly becomes apparent. This time when Nature was giving out her gifts, the dragonfly must have been first in line for all that glittered. There definitely was no "take one sparkly thing off before leaving the house" for this insect. Add in the importance of the dragonfly in our eco-system (devourer of those pesky mosquitoes), and you have one very special animal.

And check out Photo #6 featuring three damselflies. Forget about "having all your ducks in a row" when you can have three damselflies! :) And they aren't too shabby on the bright blue colour & glitter either. 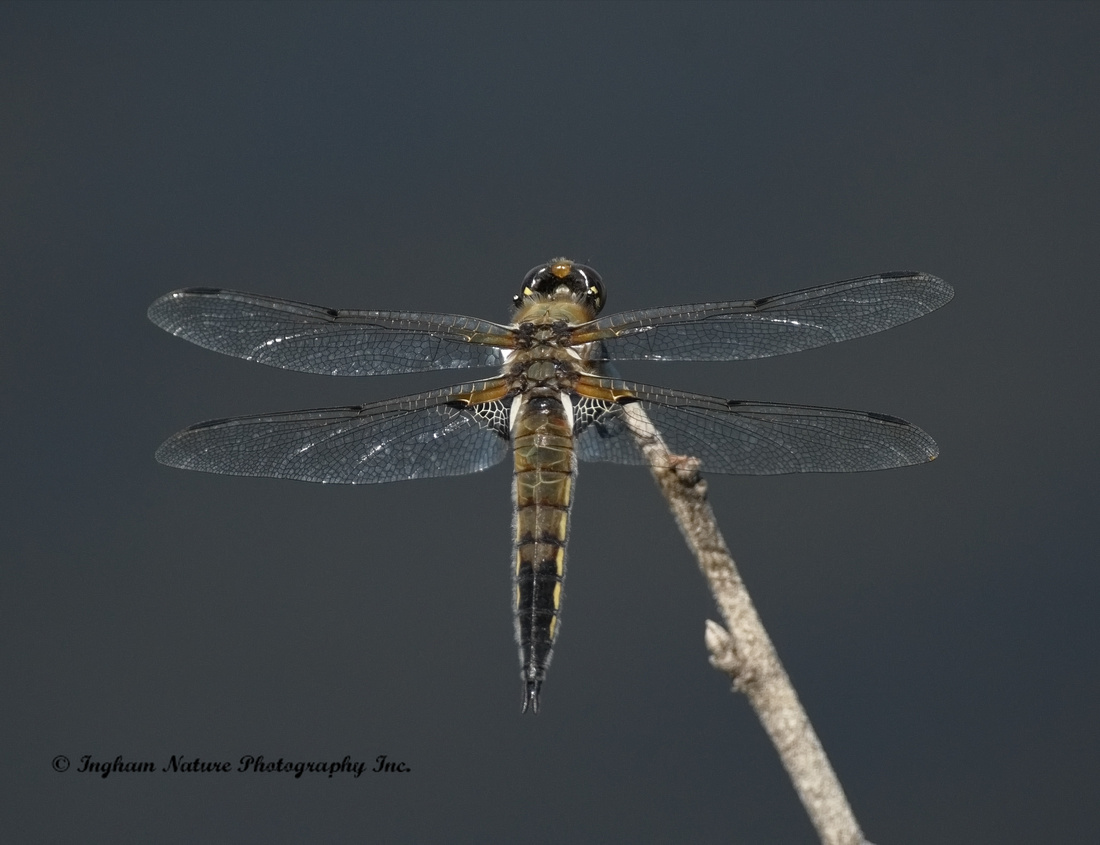 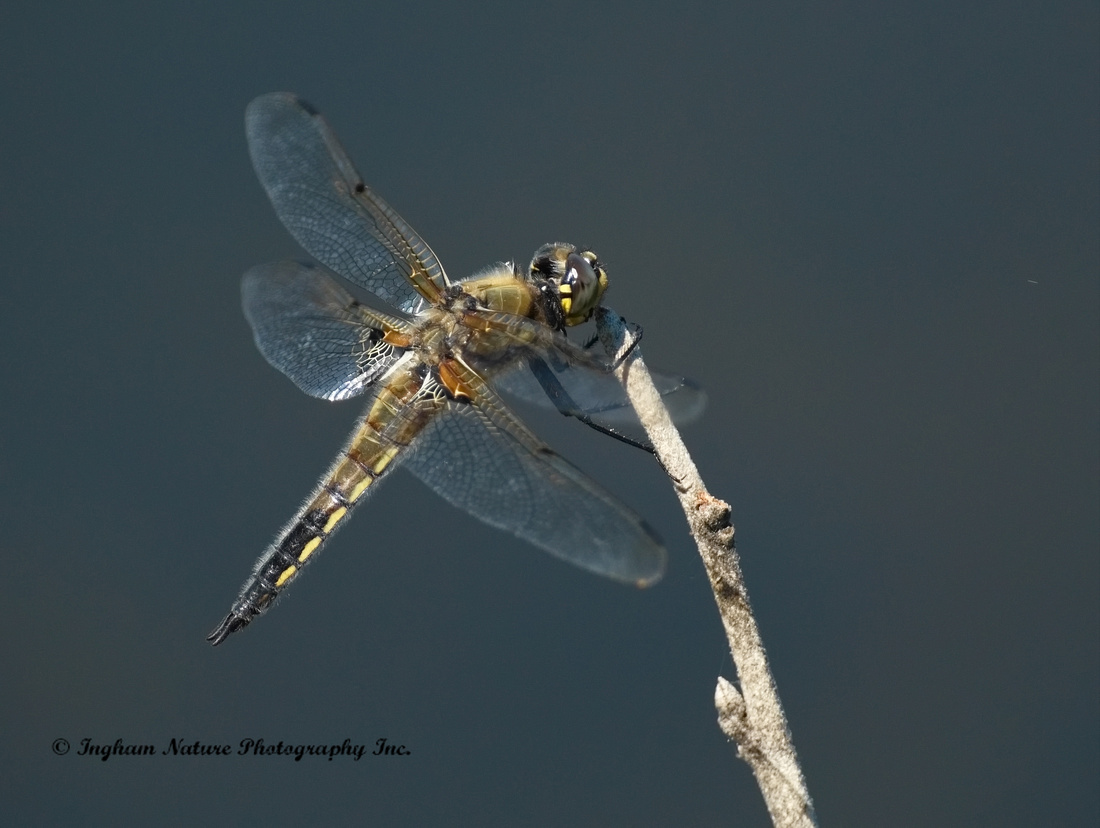 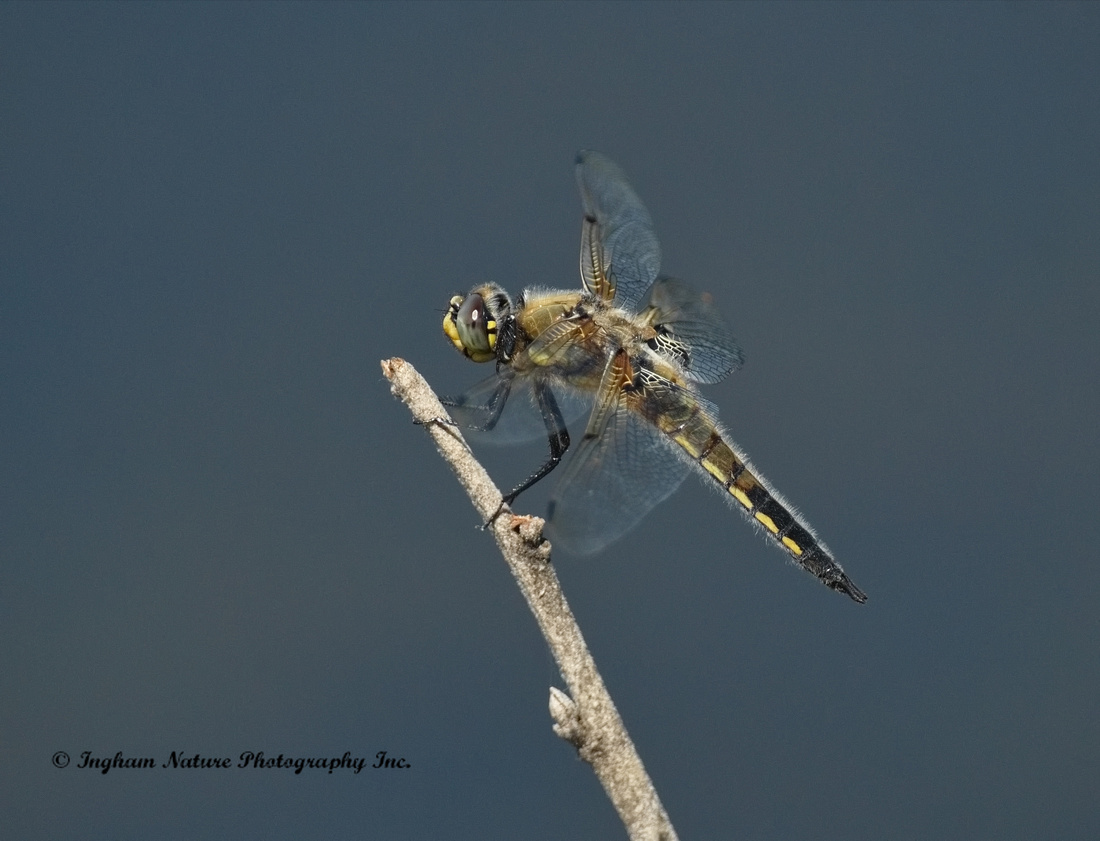 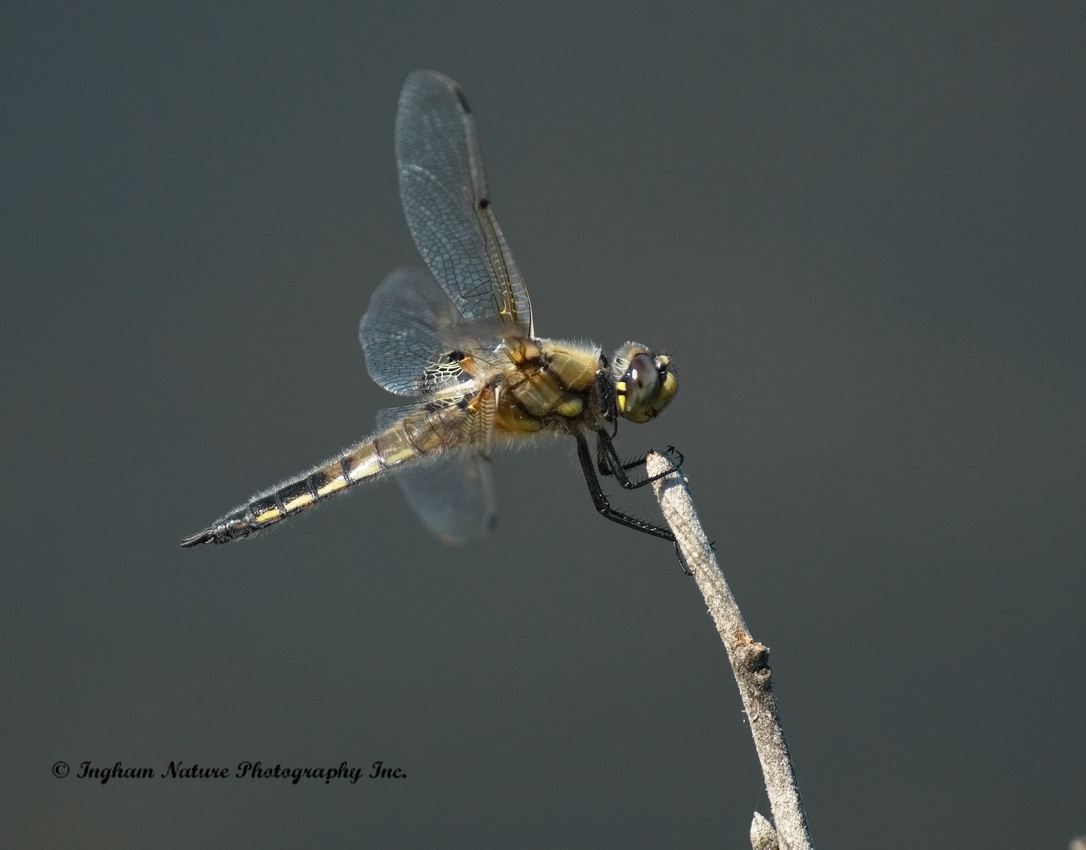 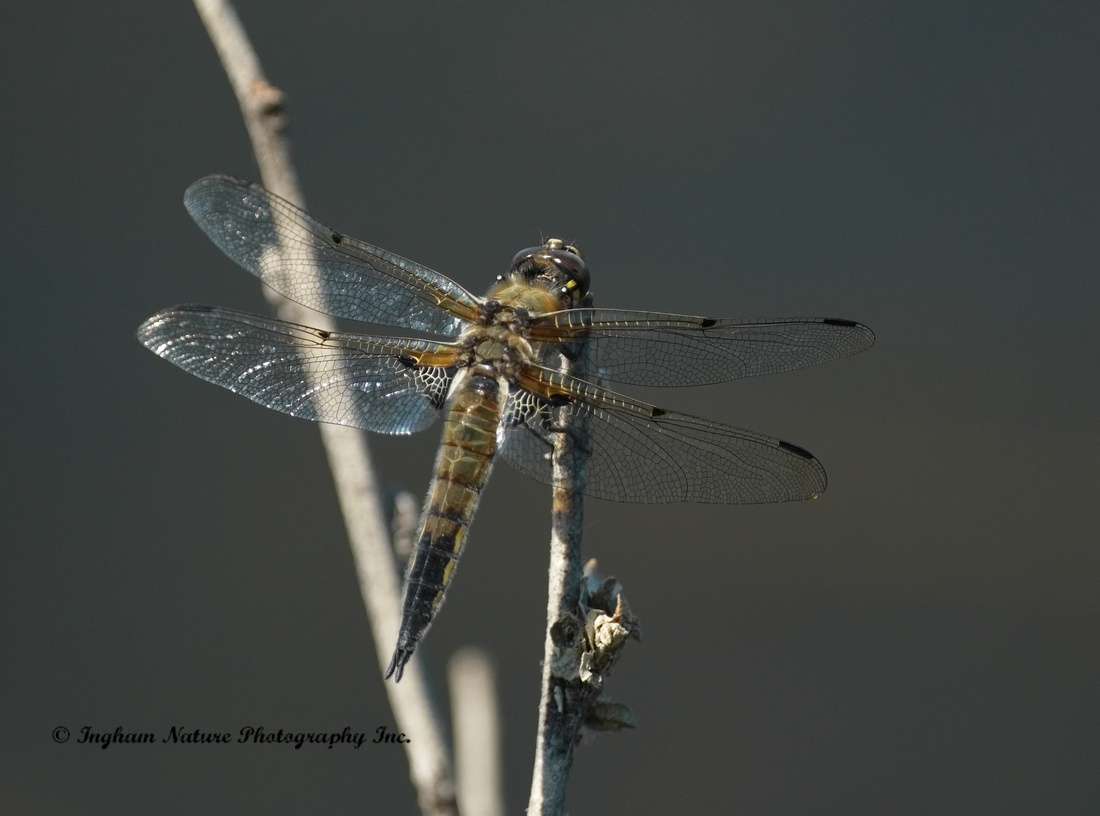 PHOTO #6 - "HAVING ALL YOUR DUCKS DAMSELFLIES IN A ROW" 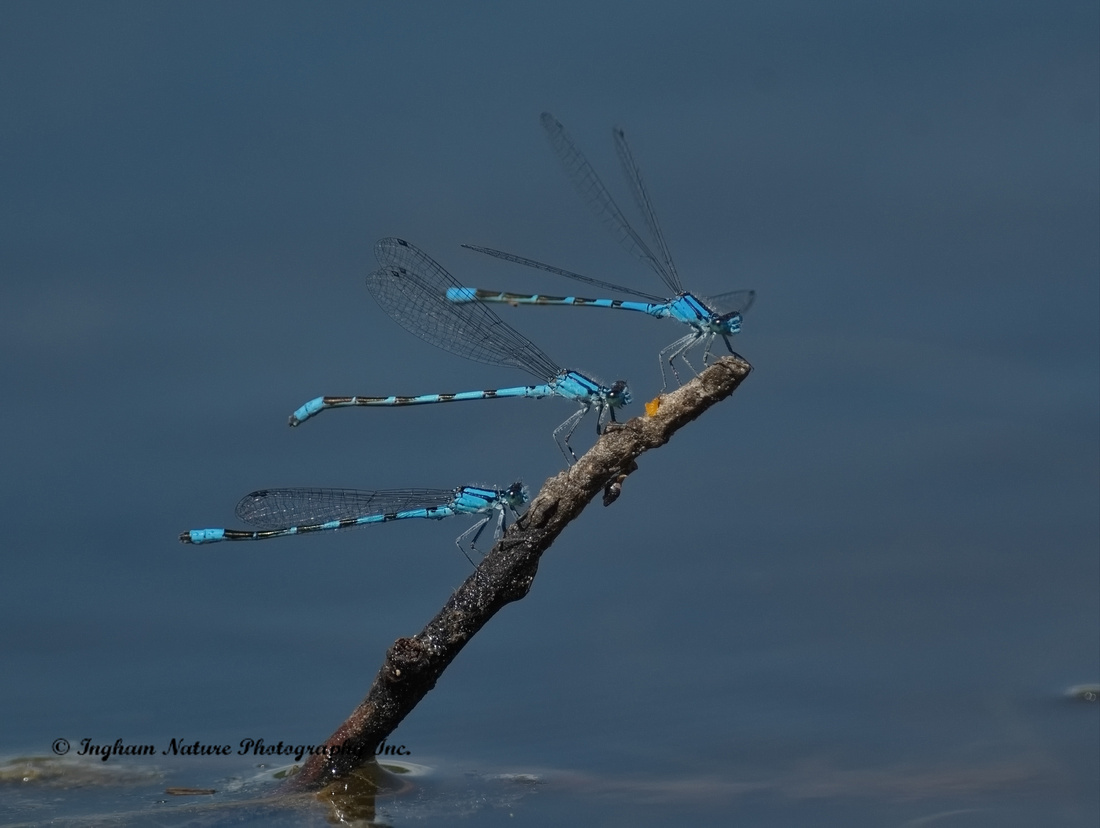 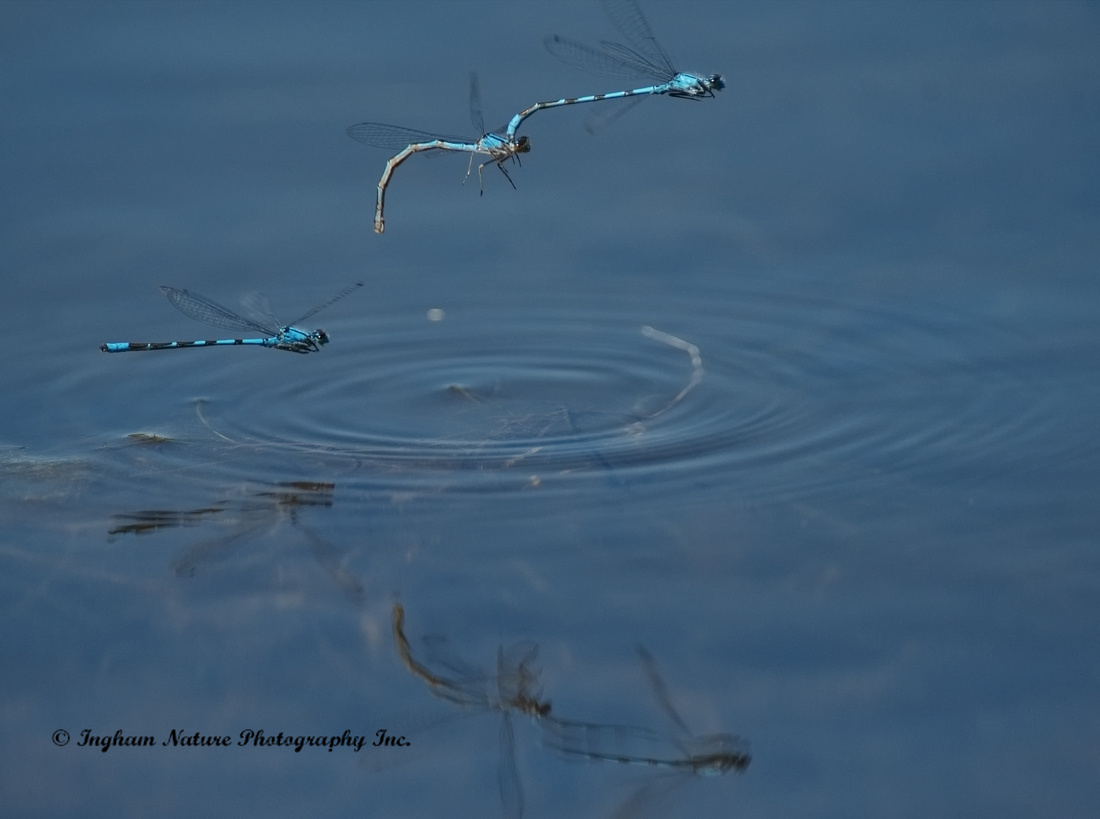 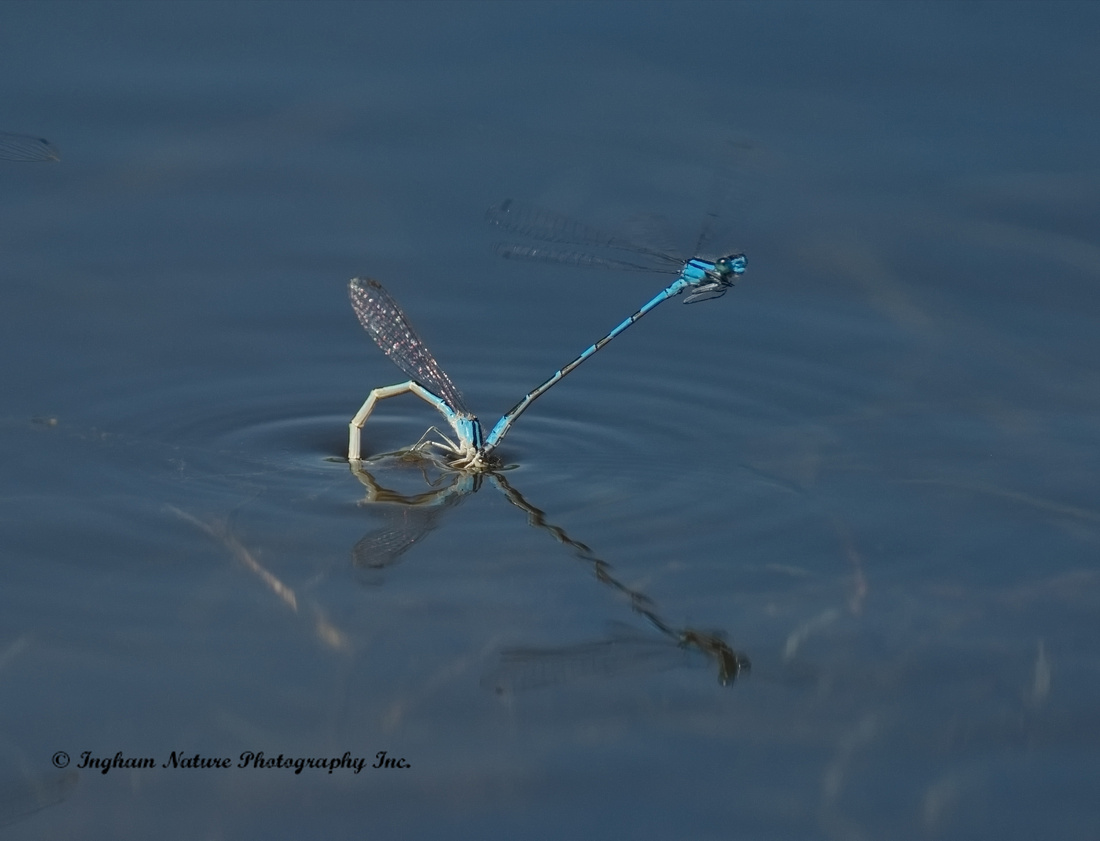 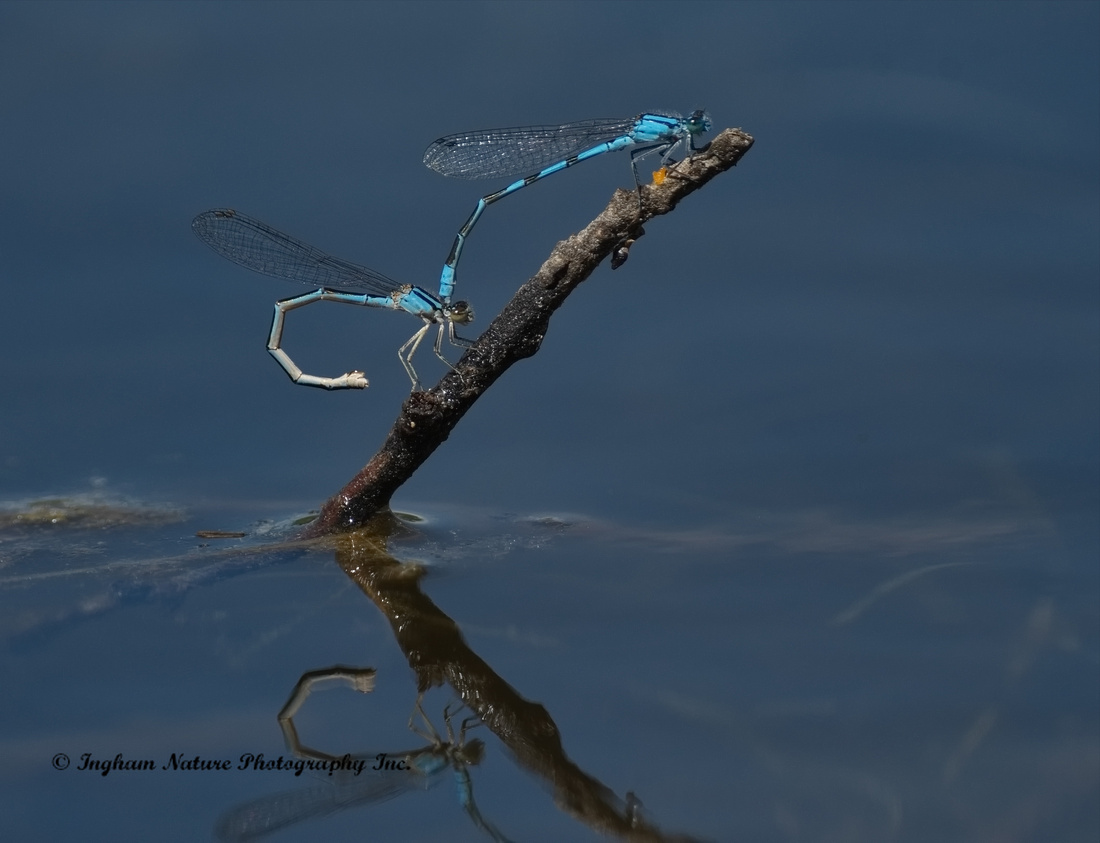