"LATE TO THE PARTY?"

This is a tale (not tail) of two weasels. Both were extremely cheeky & outfoxed me. Or should I should say "out weaseled me!

Weasel No. 1 was kind enough to stay in one place long enough to give the camera time to focus and take a couple of shots. Then it was off. I tried to follow its path through the wooded grove to find it at one point sitting, yes sitting, on the stump that I had just vacated. Gone again. Cheeky little weasel! :)

Weasel No. 2 popped up behind me as I was taking some shots of a pair of ospreys who have been putting the final touches to their nest building. I saw something out of my peripheral and there was the weasel peeking out from behind some debris. Off it scampered down the path.

So I tried to follow and met a couple on the path walking their dog. "You haven't seen a weasel by any chance?"  From their incredulous stares, I assumed "no". Then we all looked forward and there was the cheeky little weasel standing up on the path. "Oh, there it is", I said and caught a few quick shots.

And I might not be the only one late to the party.

If you compare the two weasels, you will probably see that the first one's chest & underbelly is mostly white. The second one's coat has turned that lovely tawny colour, including the underbelly. So Weasel No. 1 might be late to the party in the changeover of its coat from Winter to Spring. Or perhaps, just a different variation of colouring.

No matter what the reason, weasels with regard to this particular two-legged, are faster, more agile & probably even brighter. :) 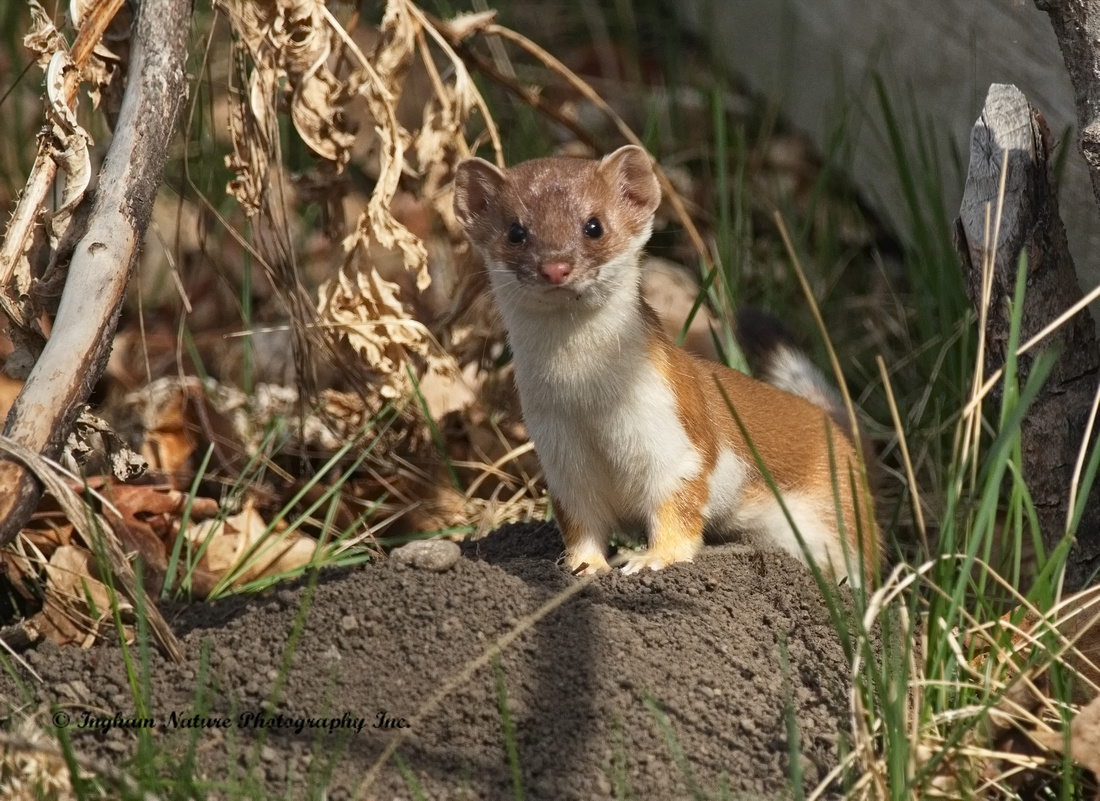 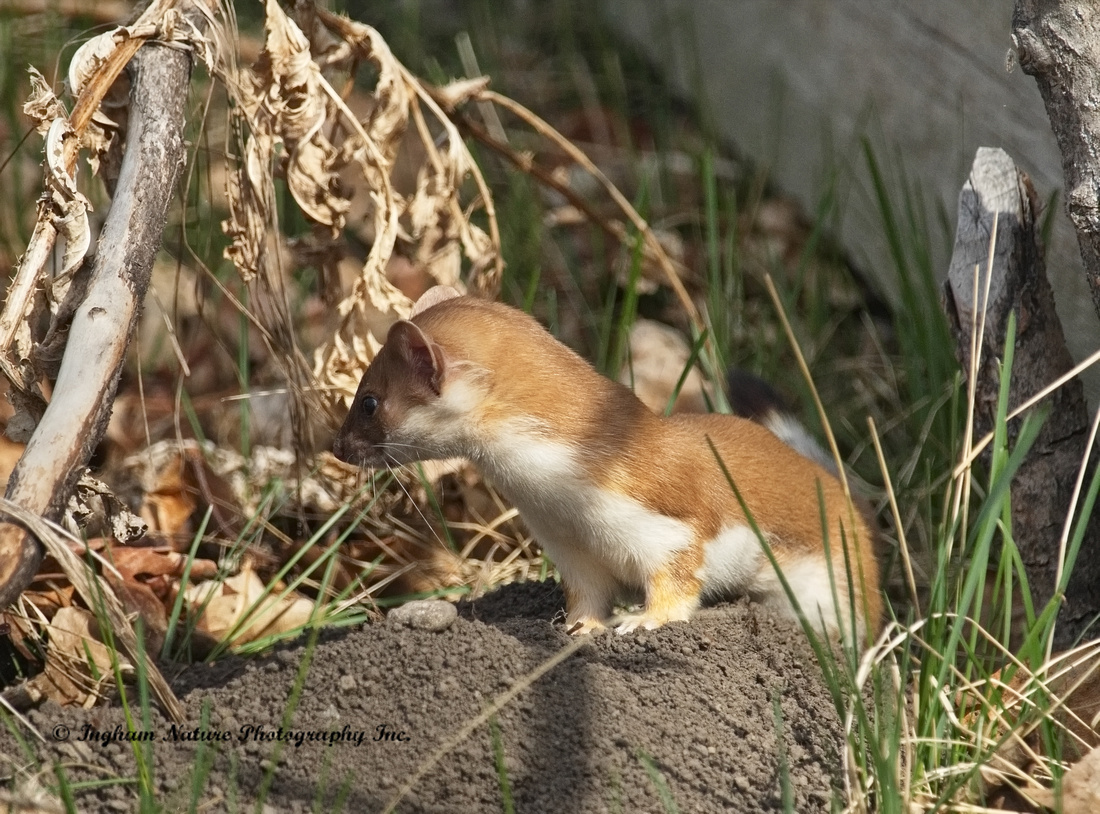 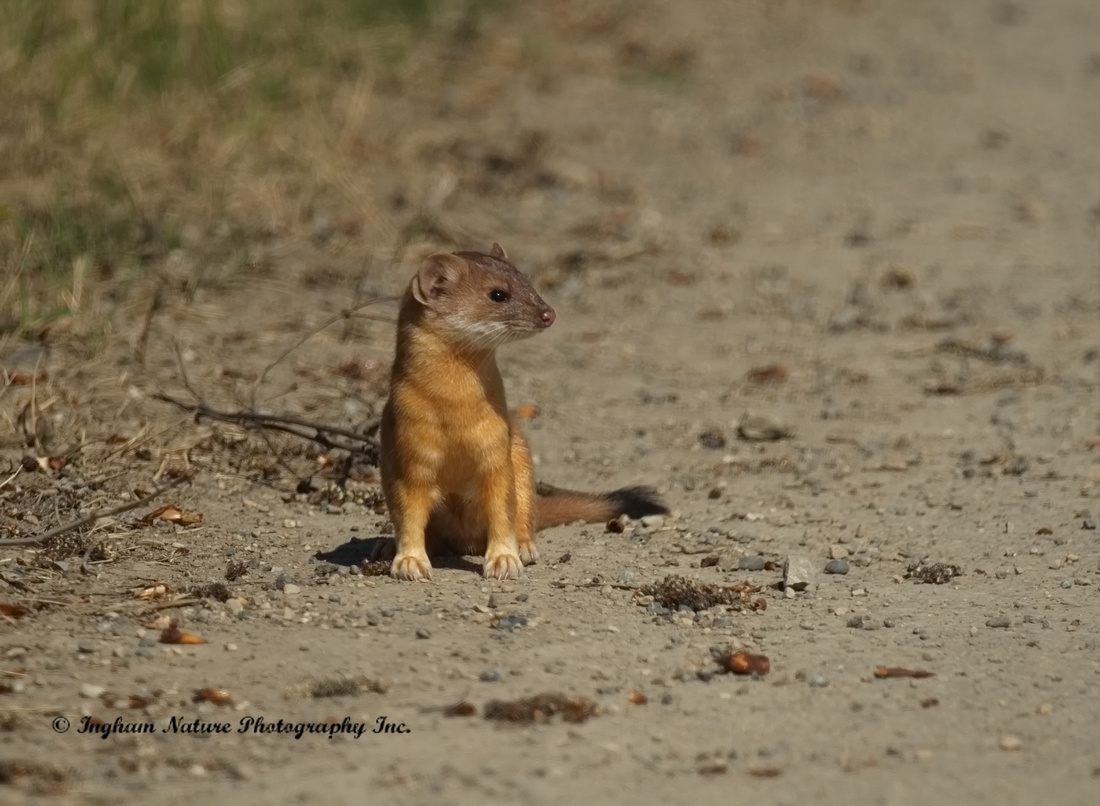 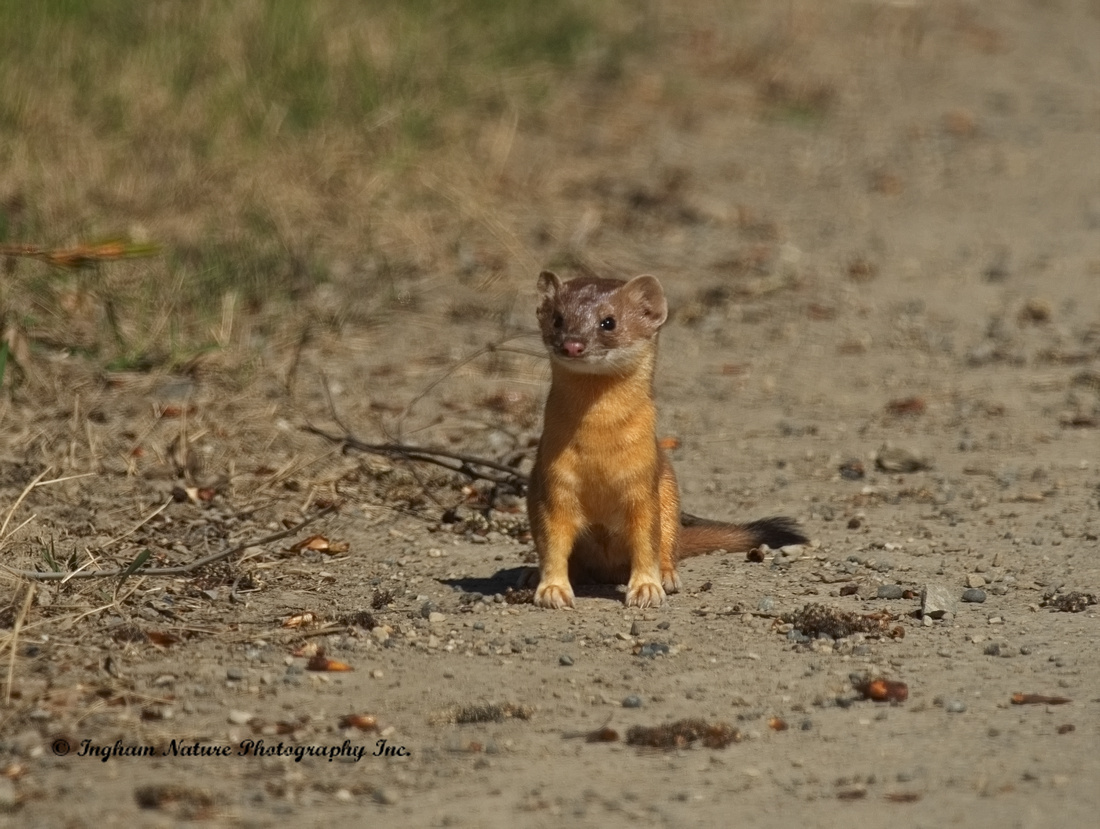 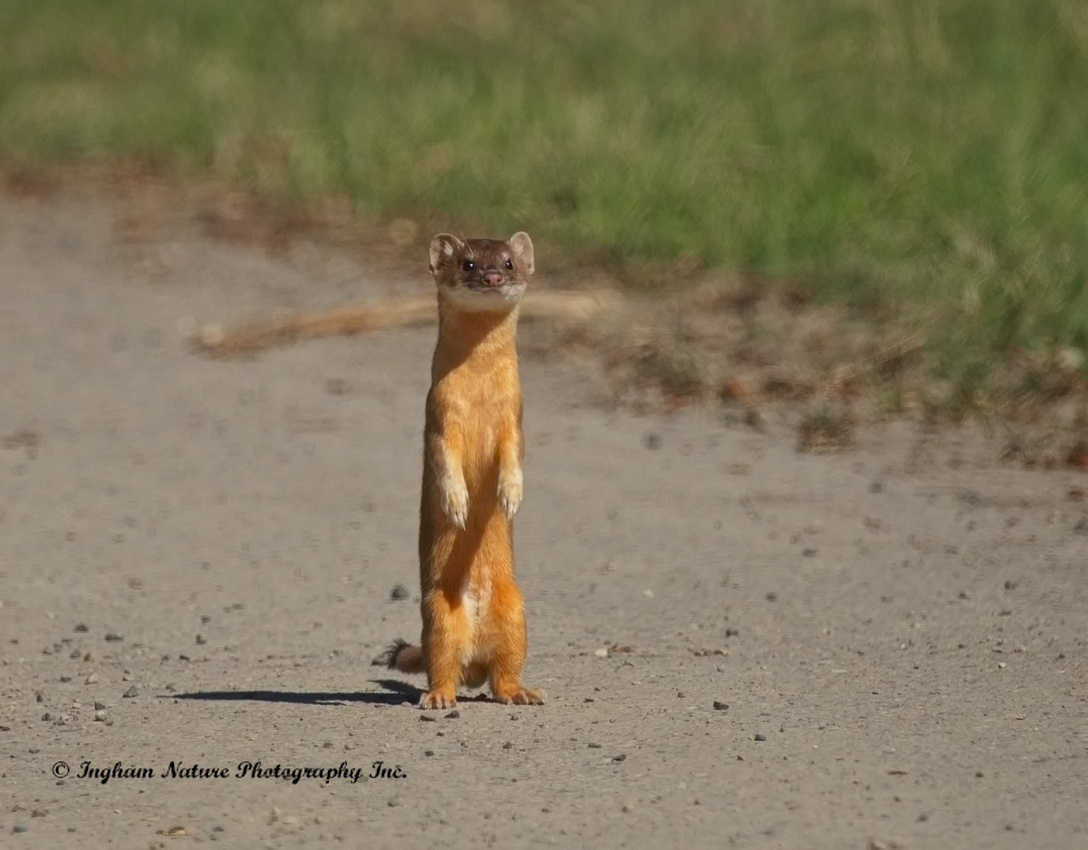 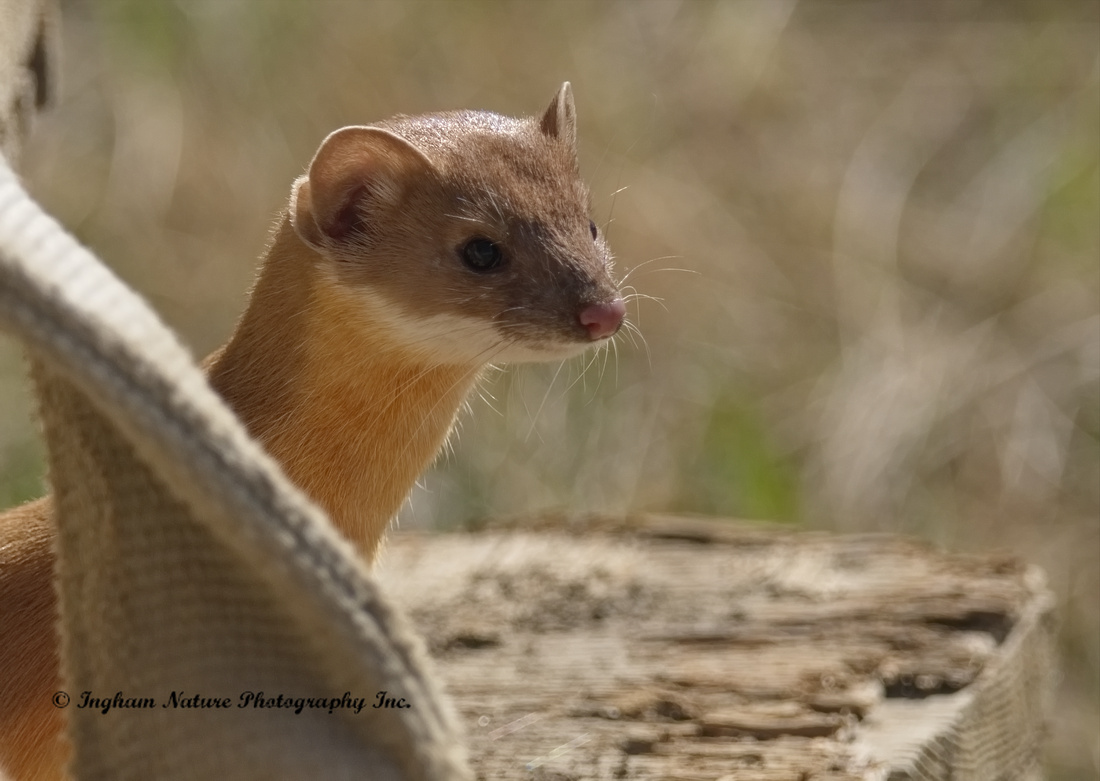 Urszula(non-registered)
Wonderful photos of this cute couple
I love how they posed for you, all sort of different poses :)
I think the "moo-cow" might be a male, and the beautiful orangy weasel looks smaller and might be a female.
I only saw the "moo-cow"...
Greetings!
No comments posted.
Loading...
Subscribe
RSS
Recent Posts
"EACH ONE DESERVES RESPECT & PROTECTION" - Great Horned Owls "LATE TO THE PARTY - PARTY ANIMAL" - Weasel (Long Tailed) "WHAT ARE THOSE OSPREYS DOING NOW?" - Ospreys "LATE TO THE PARTY" - Weasel (Long Tailed) "BLACKBIRD SINGING ..... " - Blackbirds (Red Winged & Yellow Headed) "SPIDERMAN, SPIDERMAN - DOES WHATEVER A ..." - Porcupine (North American) "THE AW FACTOR" - Porcupine (North American) "THE DEMONIC MINK" - Mink (North American) "A WINDOW INTO A PORCUPINE'S WORLD" - Porcupine (North American) "A PREDATOR'S LIFE IS NOT AN EASY ONE" - Coyote
Keywords
Archive
January February March April May June July August September October November December
© Ingham Nature Photography Inc.
Powered by ZENFOLIO User Agreement
Cancel
Continue