"WHAT ARE THOSE OSPREYS DOING NOW?" - Ospreys

"WHAT ARE THOSE OSPREYS DOING NOW?"

So this pair of ospreys are back from their deep south Winter vacation and appear to be attempting to nest in their new site.

There has been at least 10 days of mating rituals so hopefully the female will soon be laying her eggs and the pair can begin the process of raising offspring.

The following photos were taken over two consecutive days. The second day had extremely changeable weather, going from partially cloudy to blue sky to ominous dark clouds with impending rain, which led to some interesting lighting conditions.

The first of the two days, I managed to capture the pair side by side on a tree branch close to the nest. (Photo #1) A rare opportunity for me as they are generally busy doing their nest building and fishing, independently. Usually they can be found side by side on the nest.

Photos #2 through 6 are of the incoming male, gently landing on the female and then departing.

Photo #7 is the male flying over the nest site.

Photo #8 is the female bringing in a rather large piece of wood (no small branches for her), to add to the nest. An amazing feat of flying and balancing with strong winds.

Photo #9. It appeared the male came in without being called, subsequently mated but not with a happy female and then was sent off, only to return with another large piece of wood material. The winds were so strong at this point, that he opened up his talons and dropped the piece onto the nest (Photo #10). I would say that is a look of astonishment and surprise by the female below. So I suppose even ospreys have marital spats.

The male returned shortly thereafter to the nest and marital bliss returned. 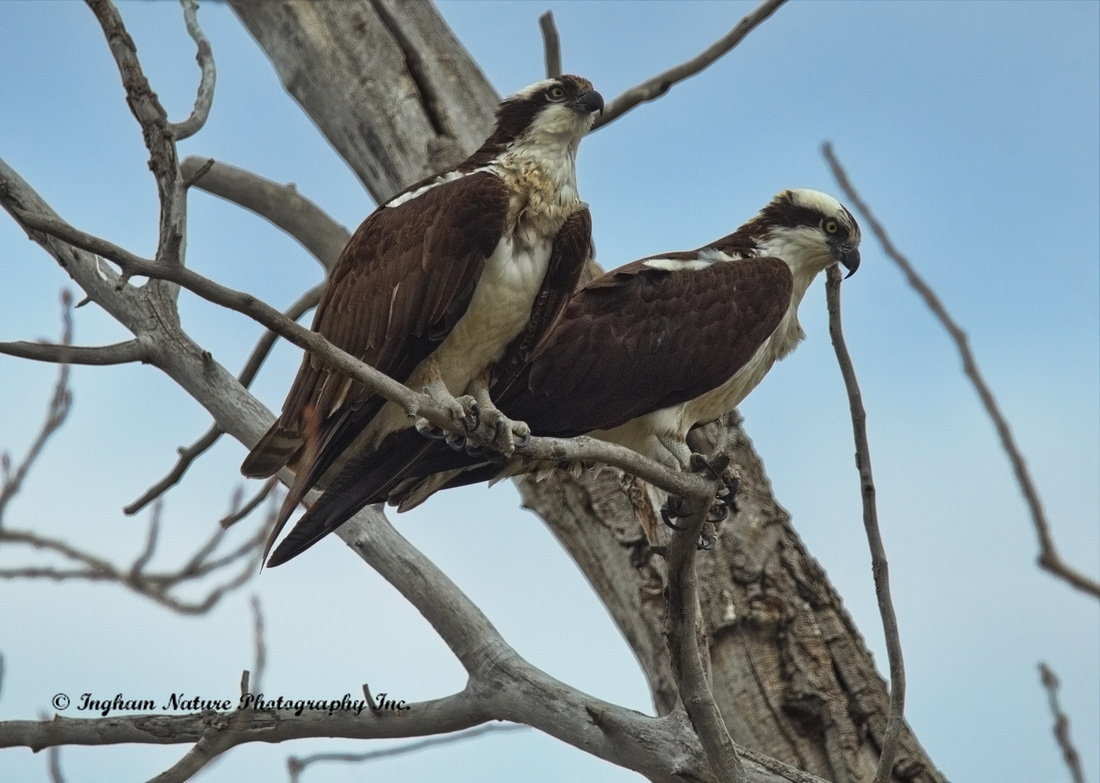 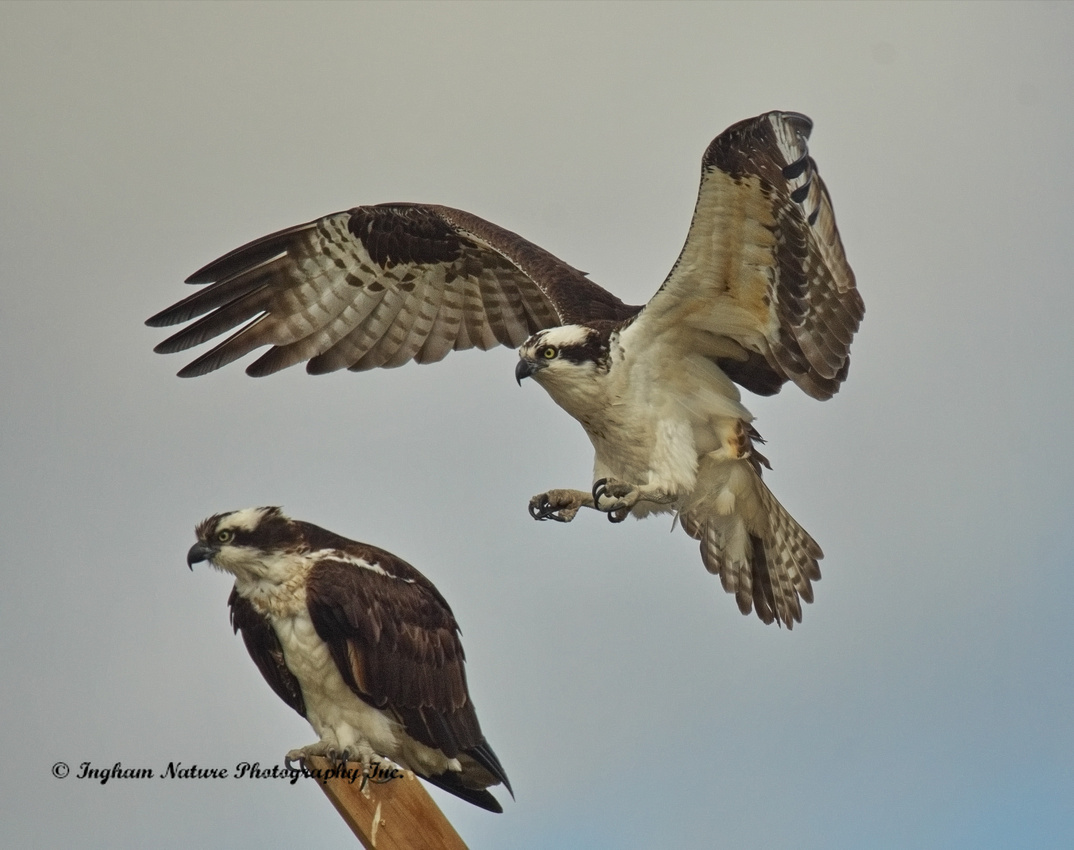 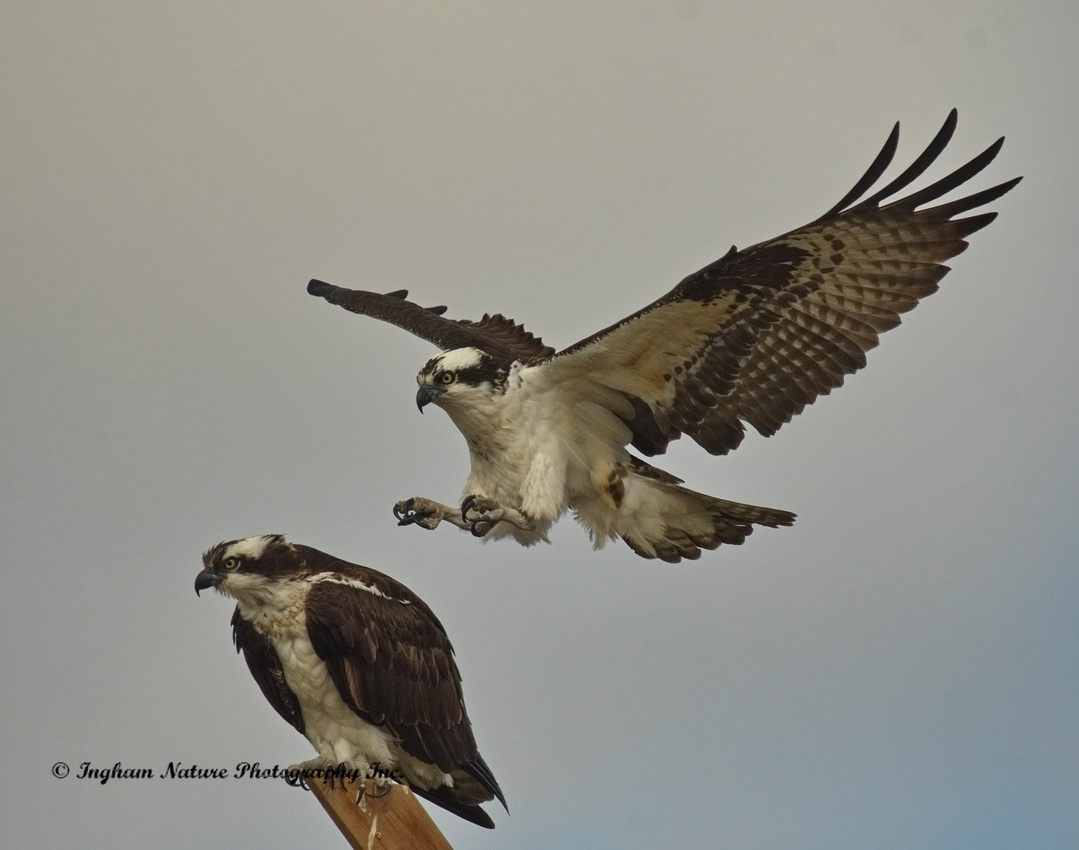 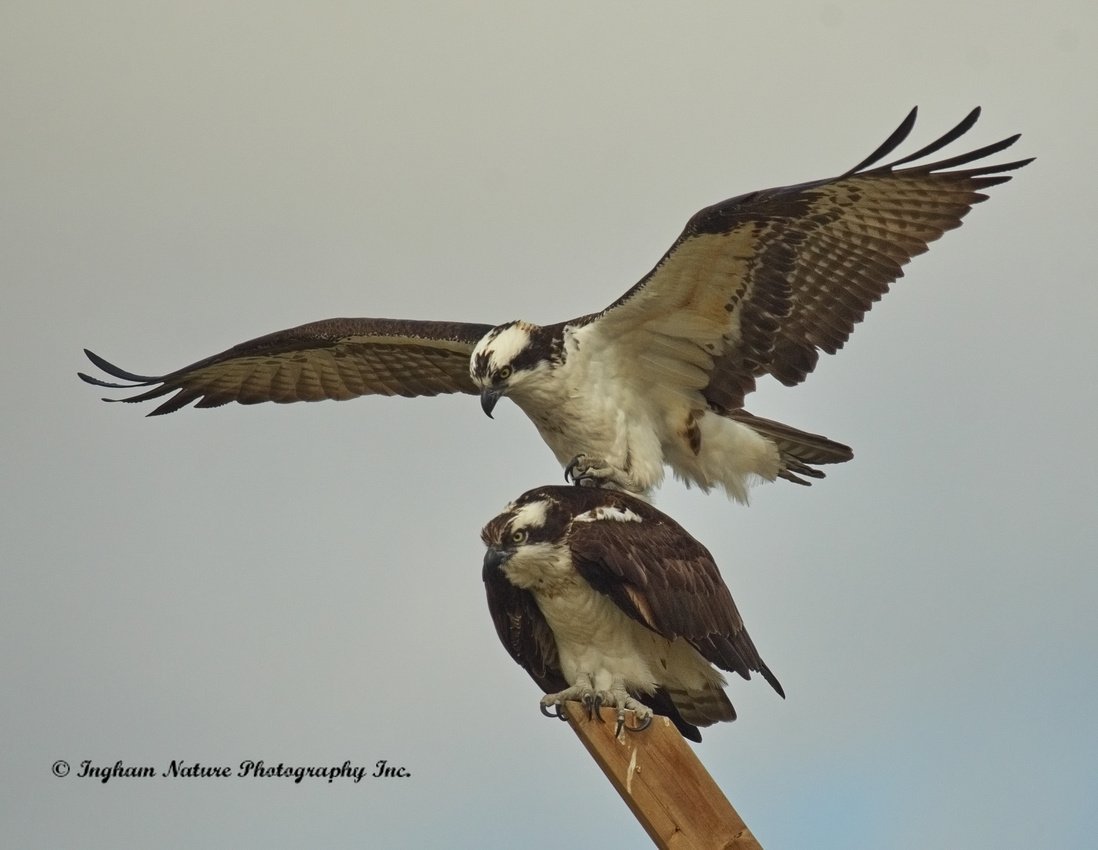 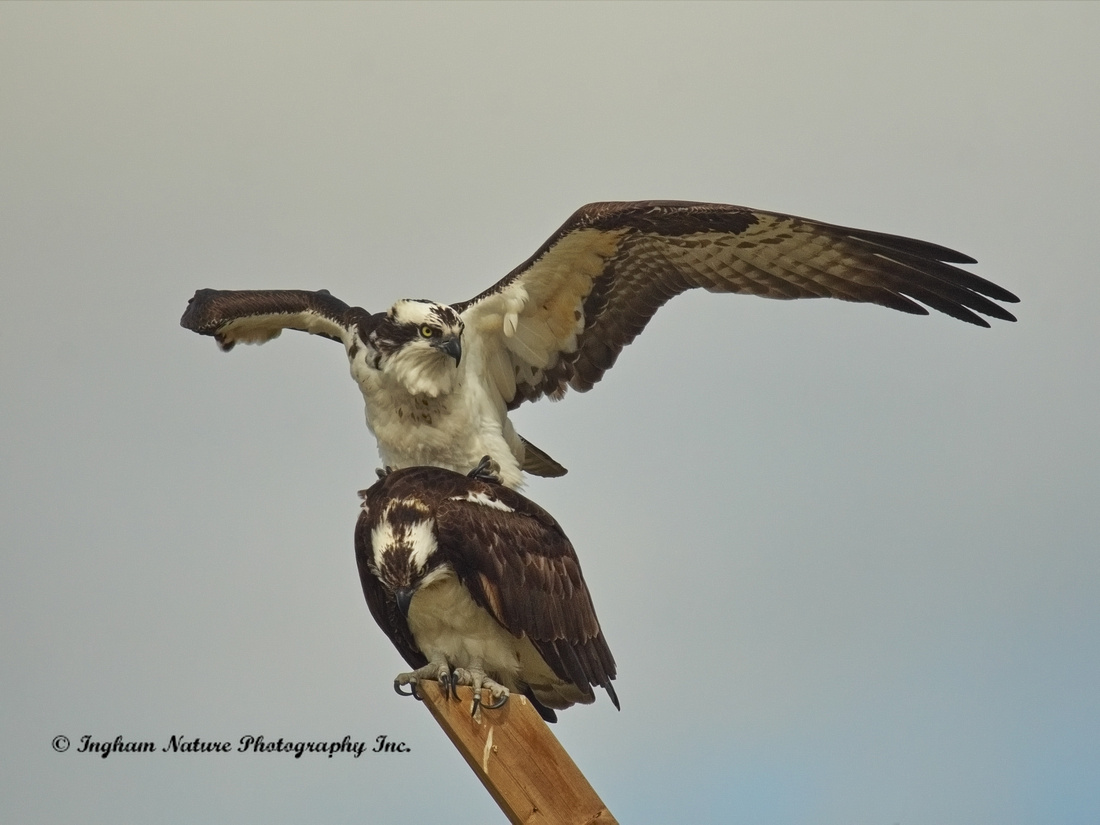 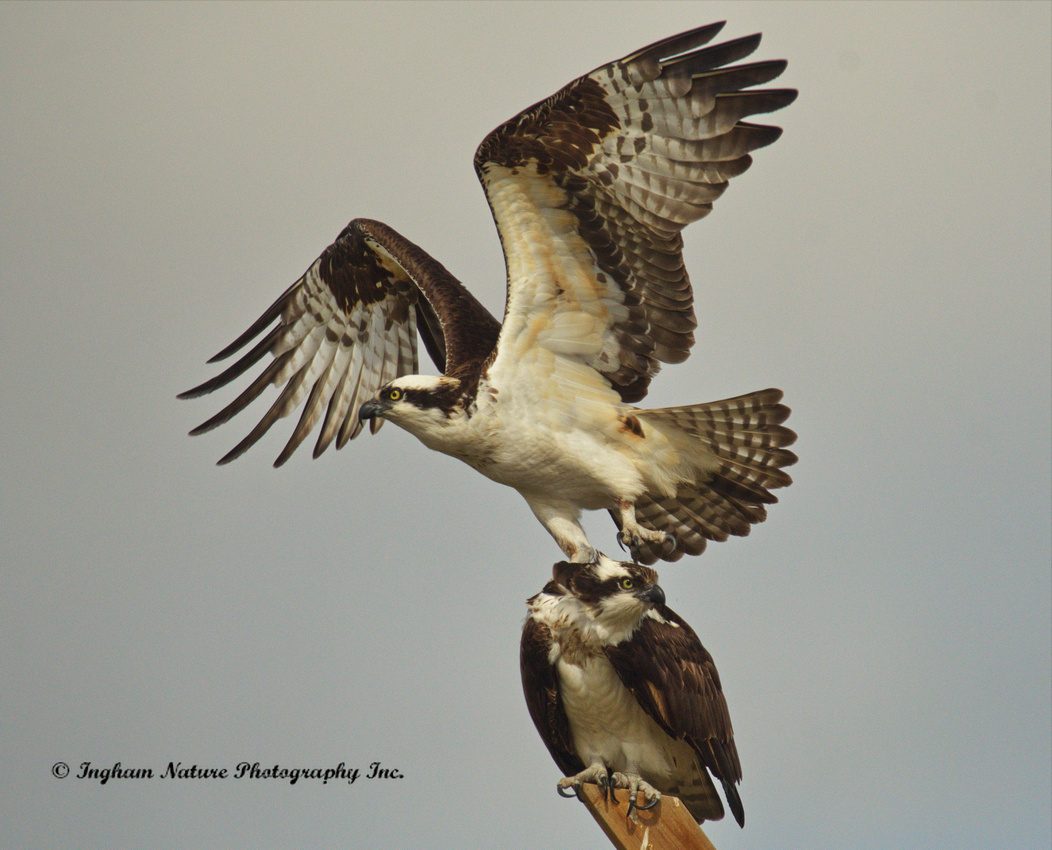 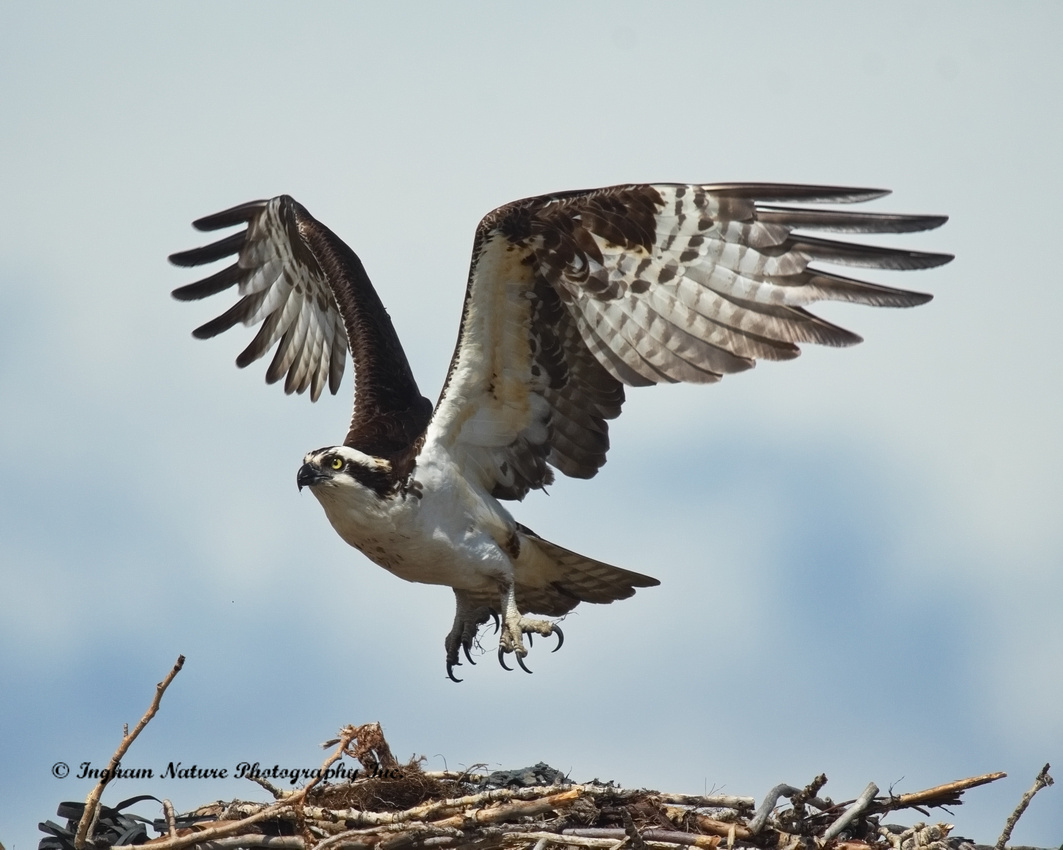 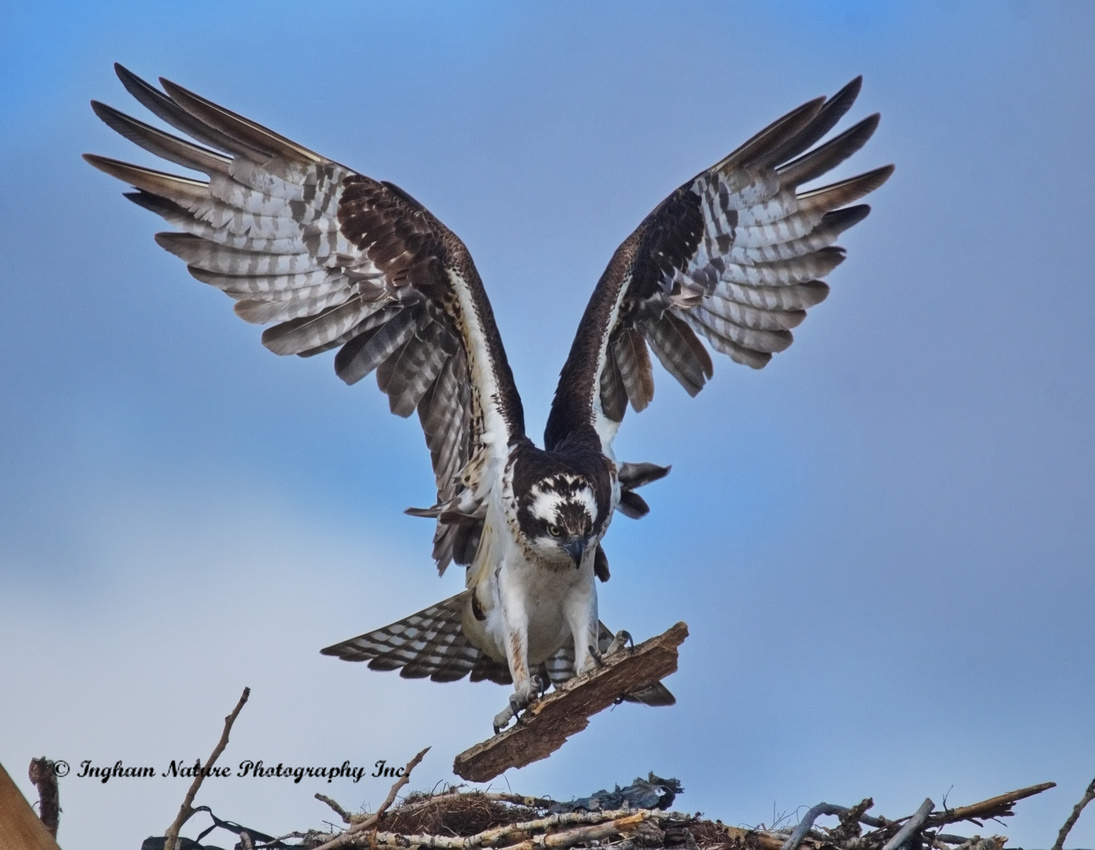 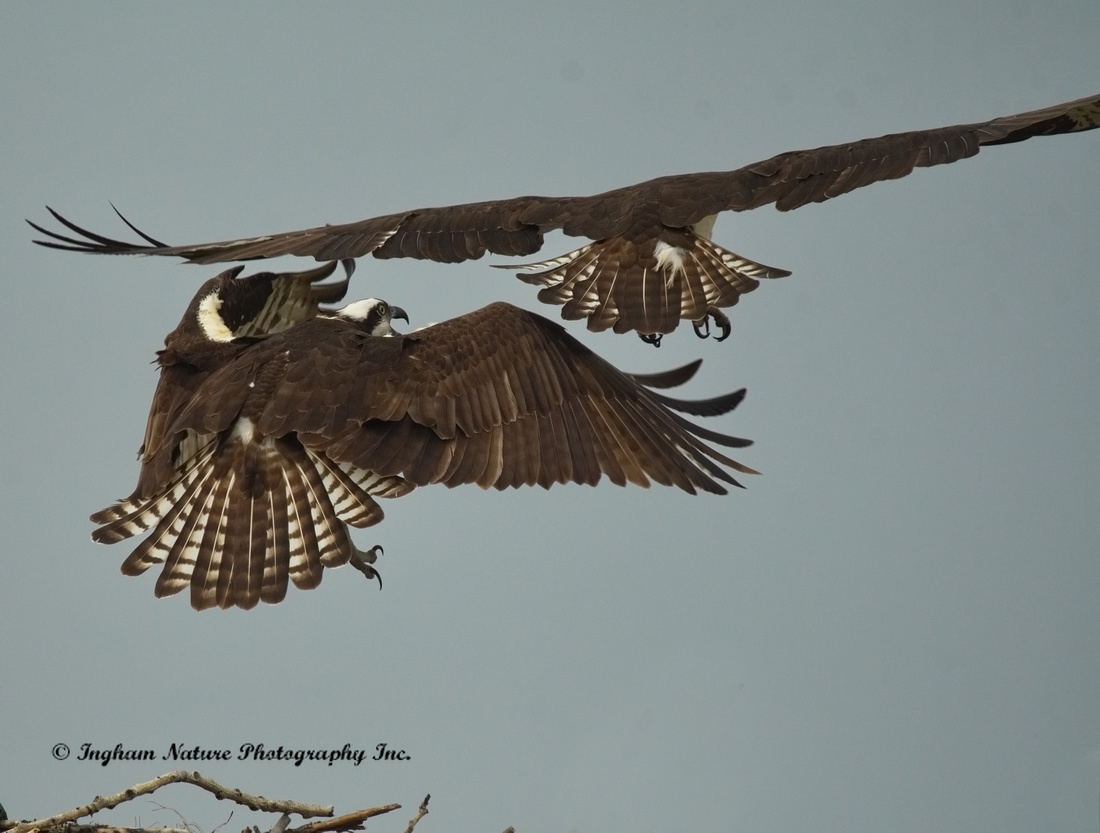 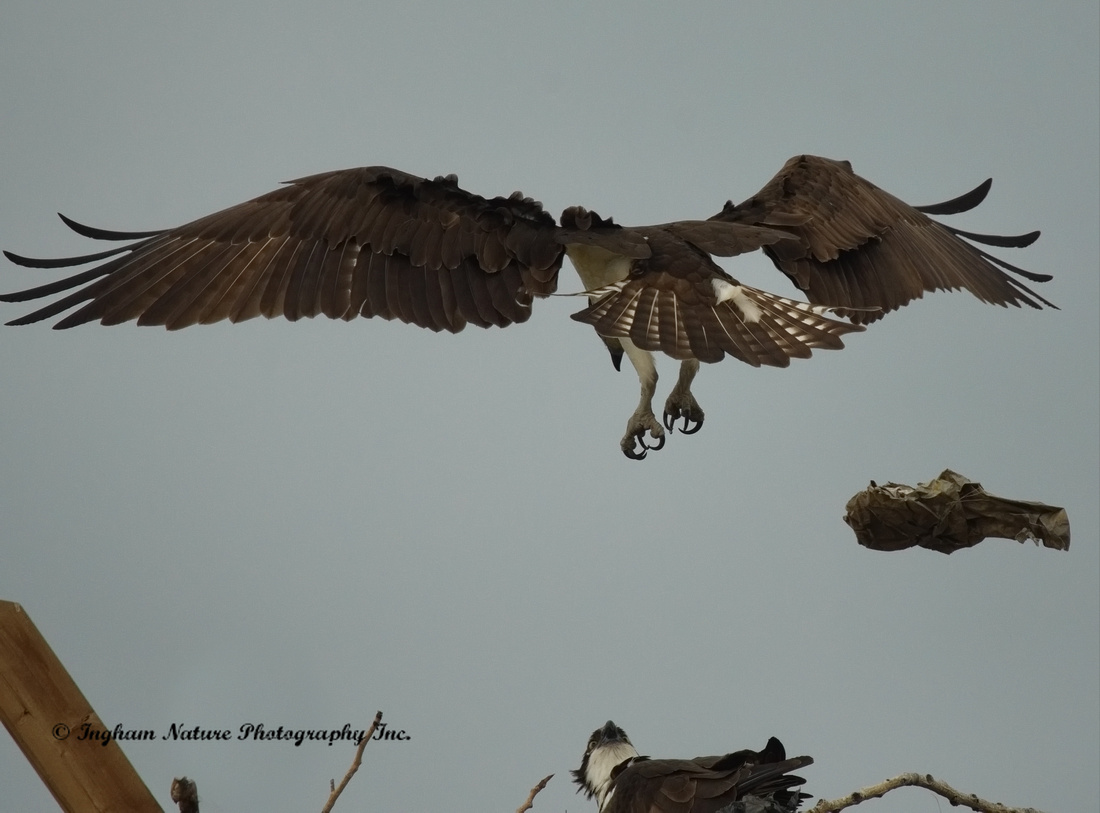