Unlike the song by Paul McCartney, this wasn't the dead of night, close to evening though. And as for the singing, well:

I  have a non scientific proposal. :) :)  When Nature was giving out her gifts to the birds, they had to choose two of the three following choices.

The little House Wren, for example, who appears basically a dull brown in colour with no distinguishing features, chose flight and song. And what a song it is. I believe it has been described similar to the song of the nightingale.

The American Bald Eagle has amazing flight and a majestic presence, particularly as adults with their striking white heads & stunning feathers. If you have ever heard the chatter of Bald Eagles, it is quite sweet but for such a large predatory bird, a little on the "wimpy" side if you forgive me for saying so!

The little Red Winged Blackbird (male), although pretty with its red/orange wing markings, is basically black. So its choices were flight and song, which has been described as a musical trill.

Then we have the Yellow Headed Blackbird (male). Striking with its bright yellow/orange head colouring, contrasted against its shiny black body and white wing patch. So flight & beauty were its choices. As for song, it has been described by some sources as this:

"Males sing a few musical notes followed by a screeching buzz, rather like a heavy door swinging on a very rusty metal hinge". :)

As mentioned in the beginning, these photos were taken close to sunset. And as to the why, I was looking for beavers (who obviously were waiting for darkness) and as to the how, well there's nothing quite like getting down and dirty in the marshy area, amongst the bull rushes. If you stay quiet in one place long enough, even the birds seem to recognize you as non-threatening. 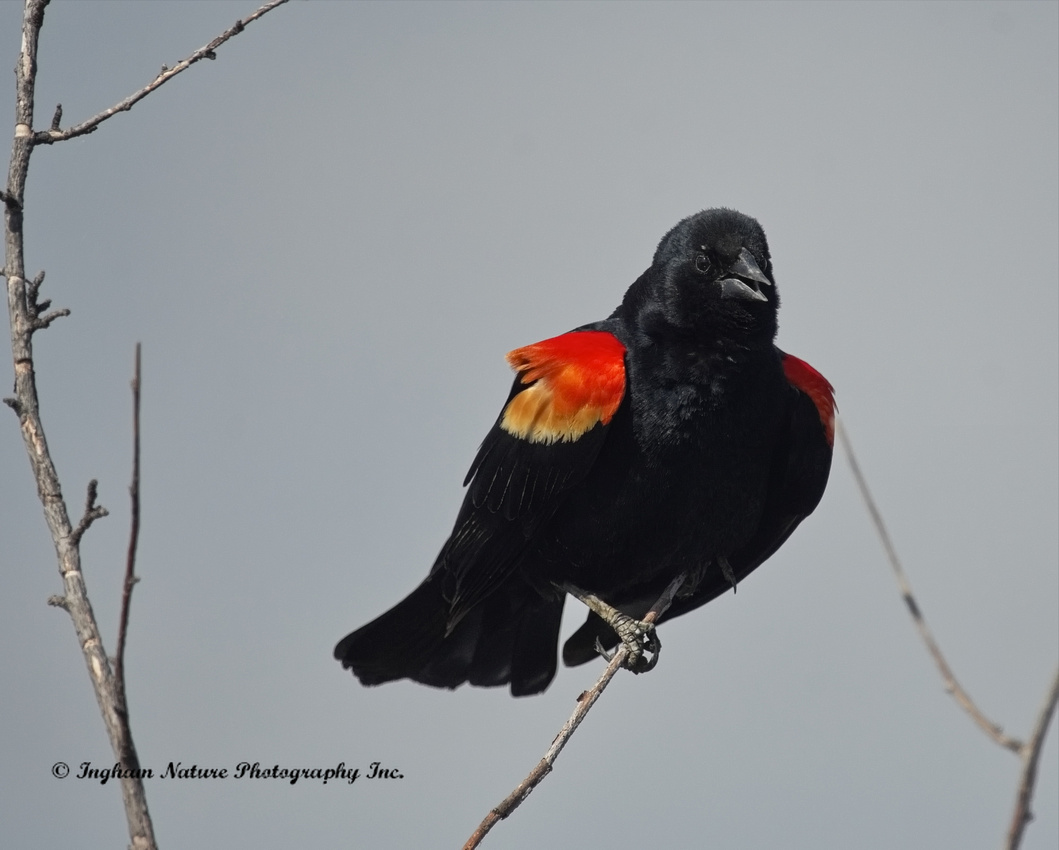 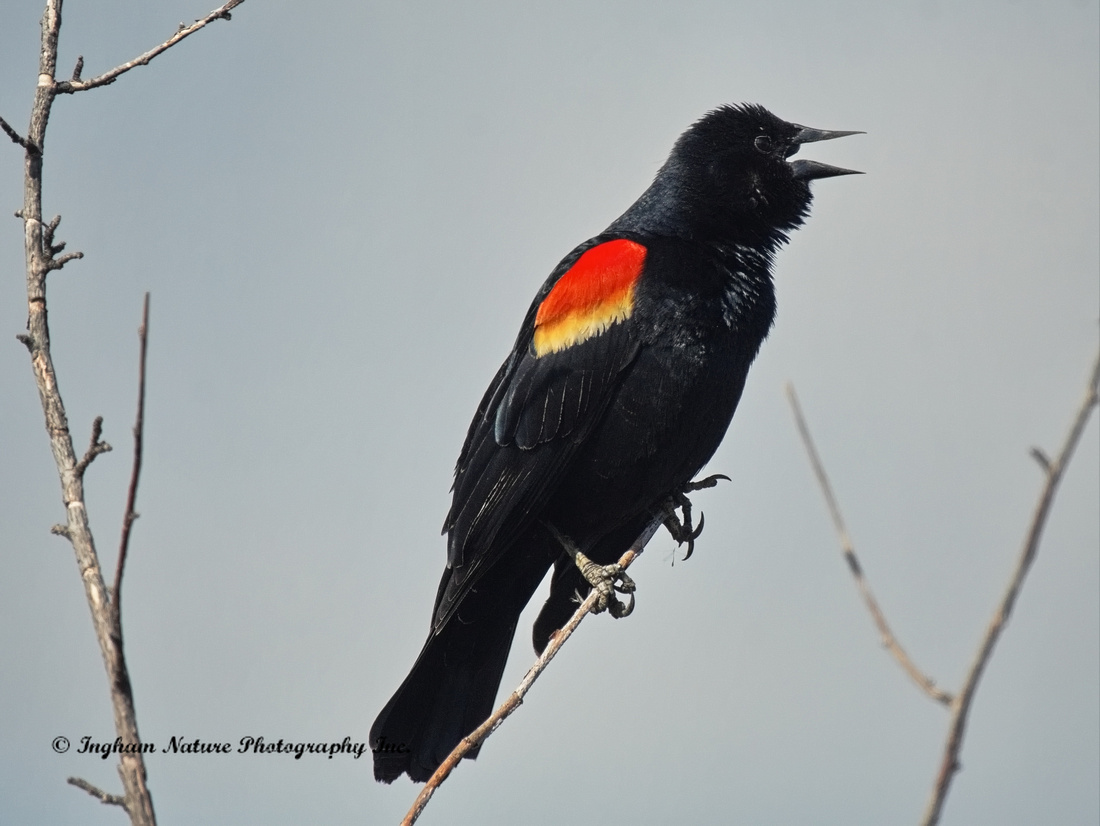 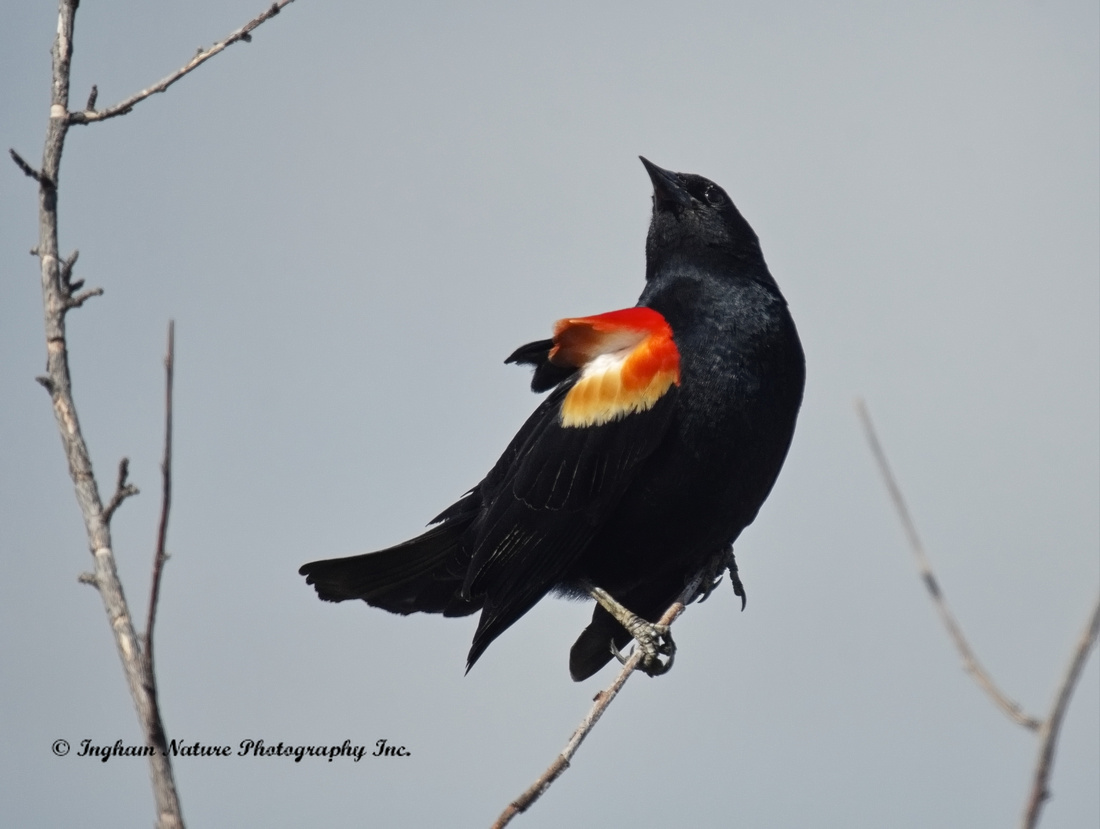 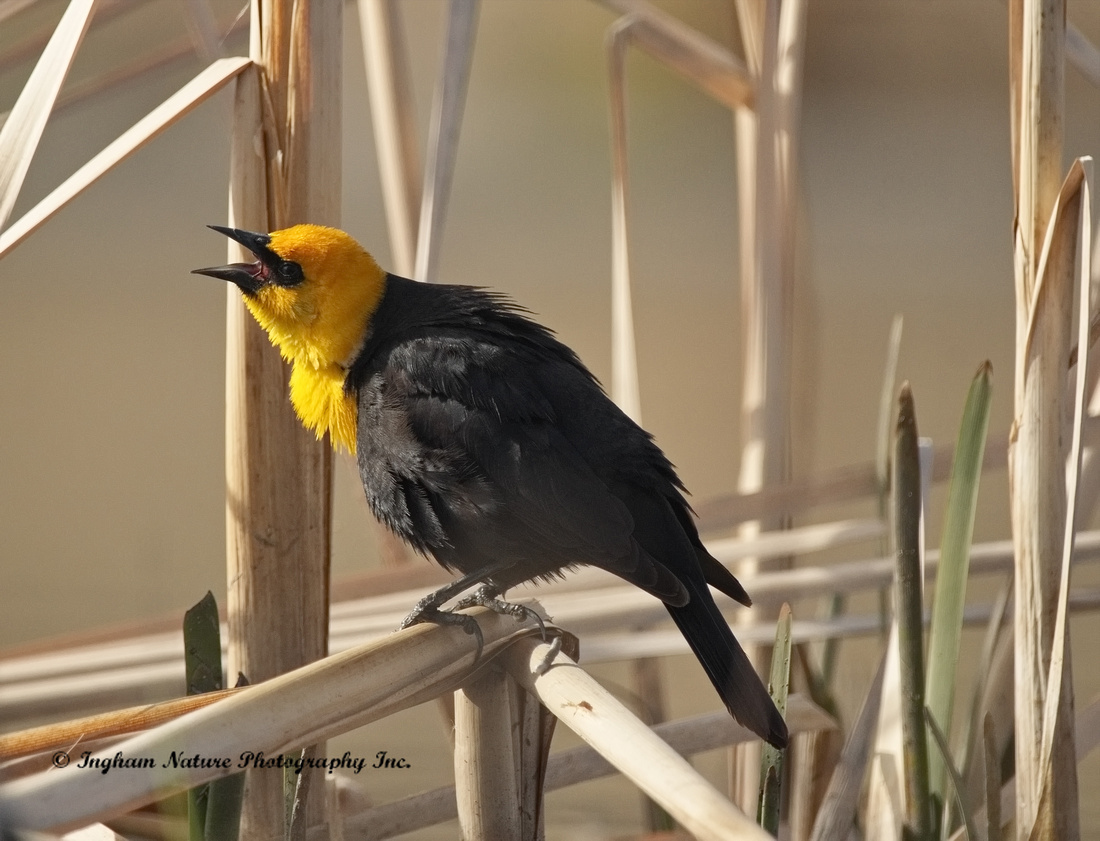 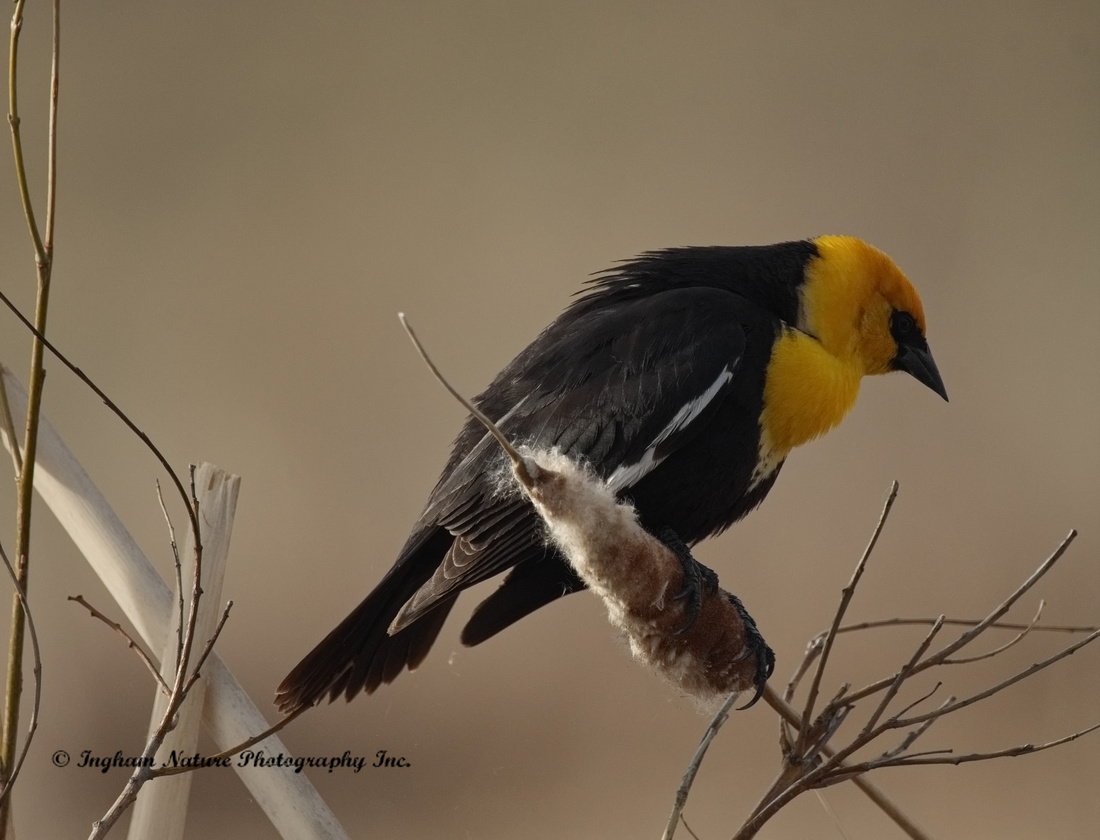 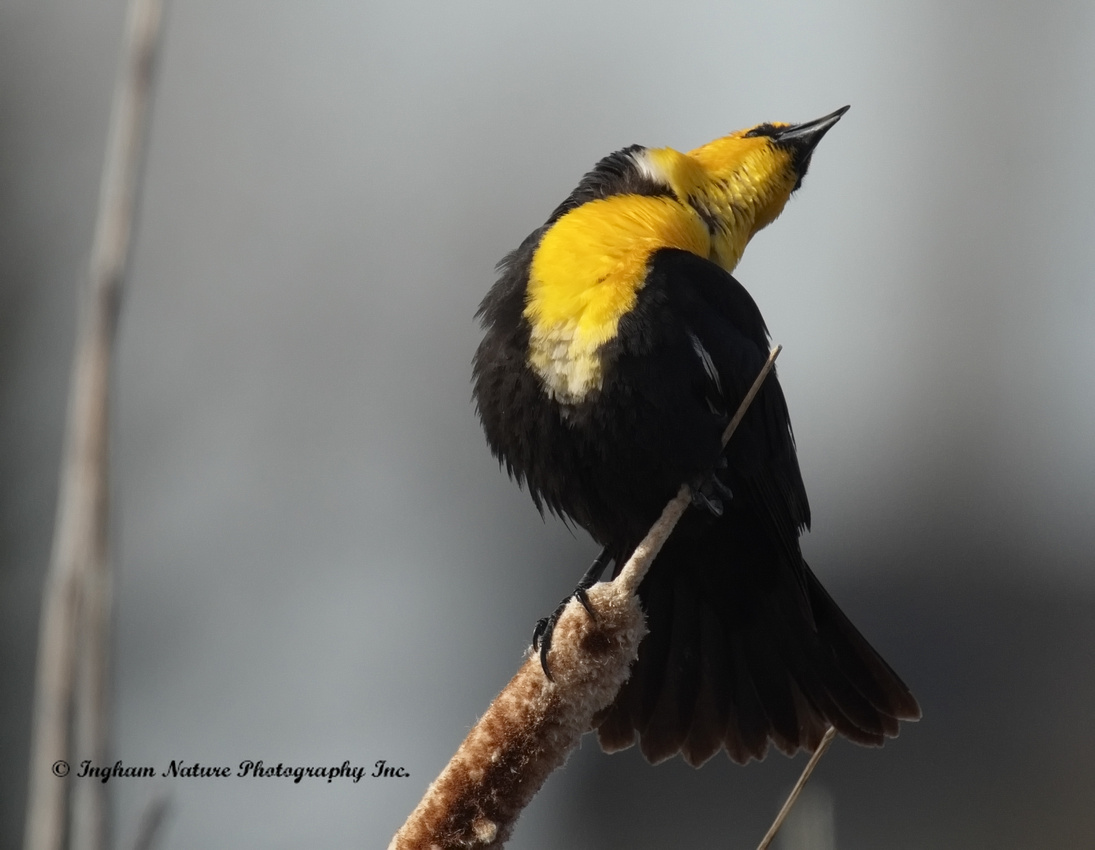 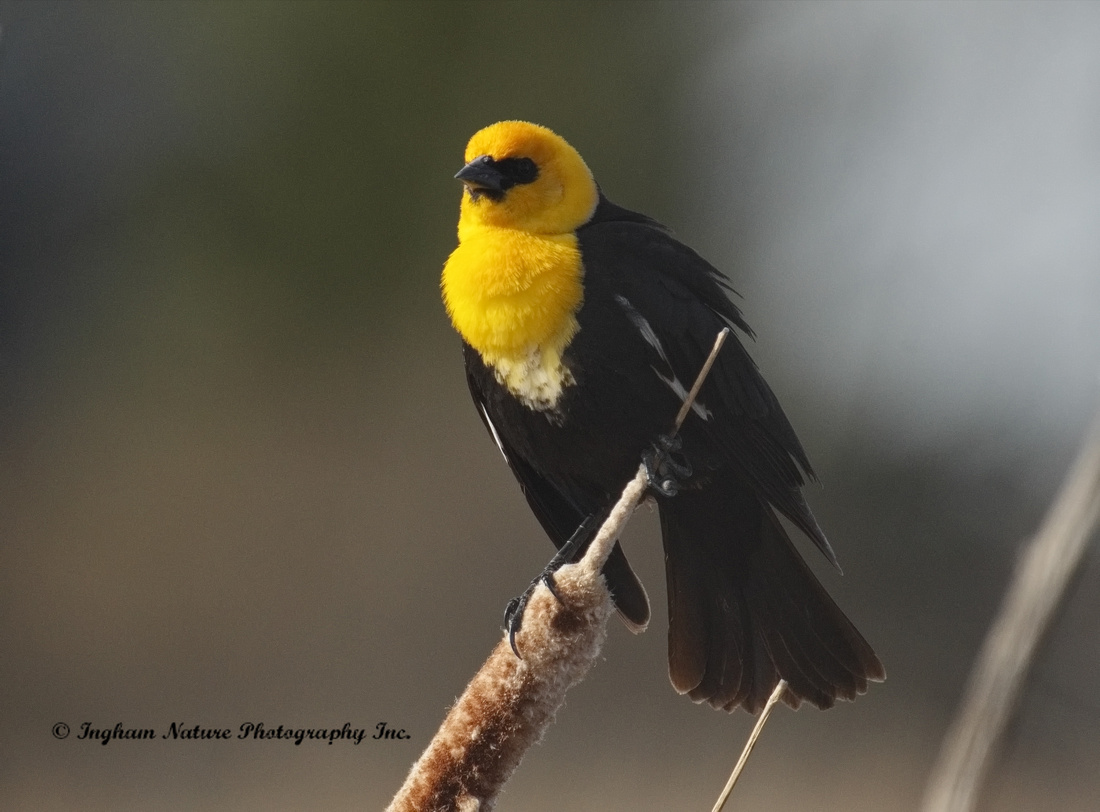