It may look like the bleak Arctic but it's not. It's an iced shoal in a river in Calgary, Alberta, CA after a dump of snow and - 16 degree C temperatures. And yes, it did stop snowing at the time the photos were taken and the sun every so often peaked out from behind the clouds.

This adult Tundra swan (who I assume is a female) and her offspring from last Spring were hunkering down on the ice, wrapped up in their beautiful feathers. Usually, they are relatively close together, even when feeding in the river, but in this instance, the female was closest to the shore where I was sitting. The youngster was on the opposite side of the "iceberg", probably 60 feet away.

Perhaps, there had been some parent/teenager incident prior to my arrival. :) As you will see from Photo #9 , the adult had decided enough with the sleeping and grooming, it was time for some food and entered the water. She repeatedly called to her offspring to come & join her and eventually after many soft calls, it answered. Answered only, it did groom occasionally but the majority of the time, it went back to snuggling down into those white feathers. I suppose it just didn't want to "get out of bed". I couldn't blame it's reluctance. Who wants to leave a warm bed for a very icy cold venue. 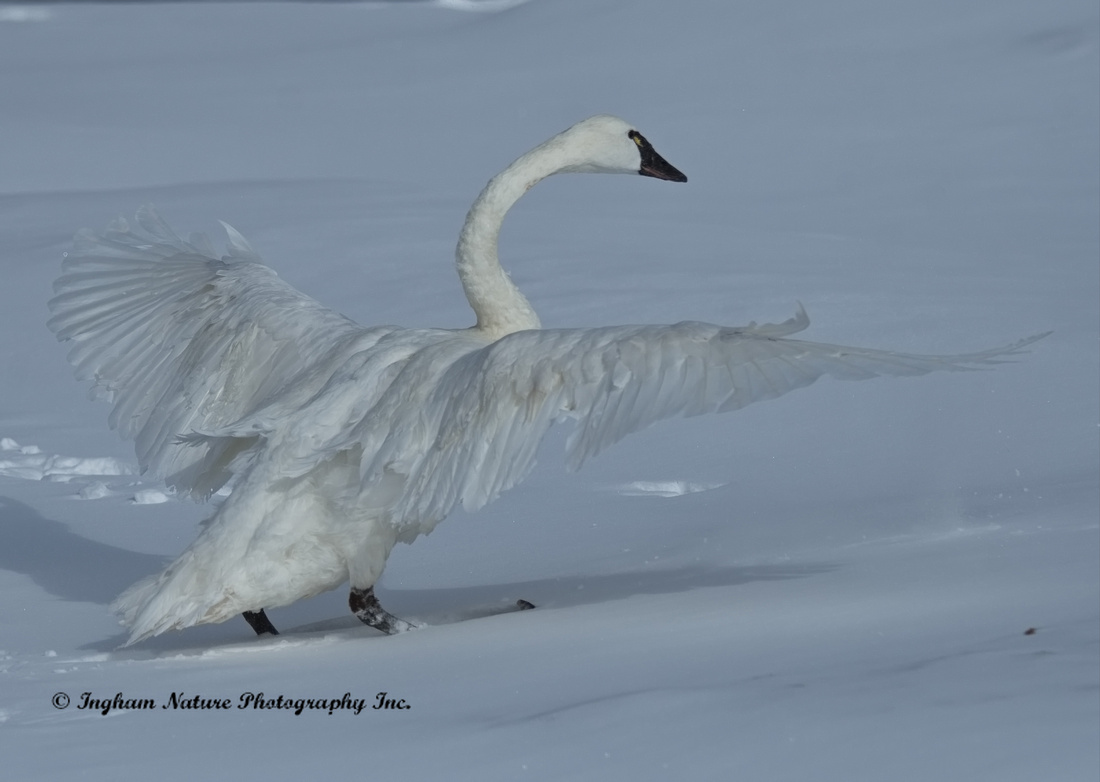 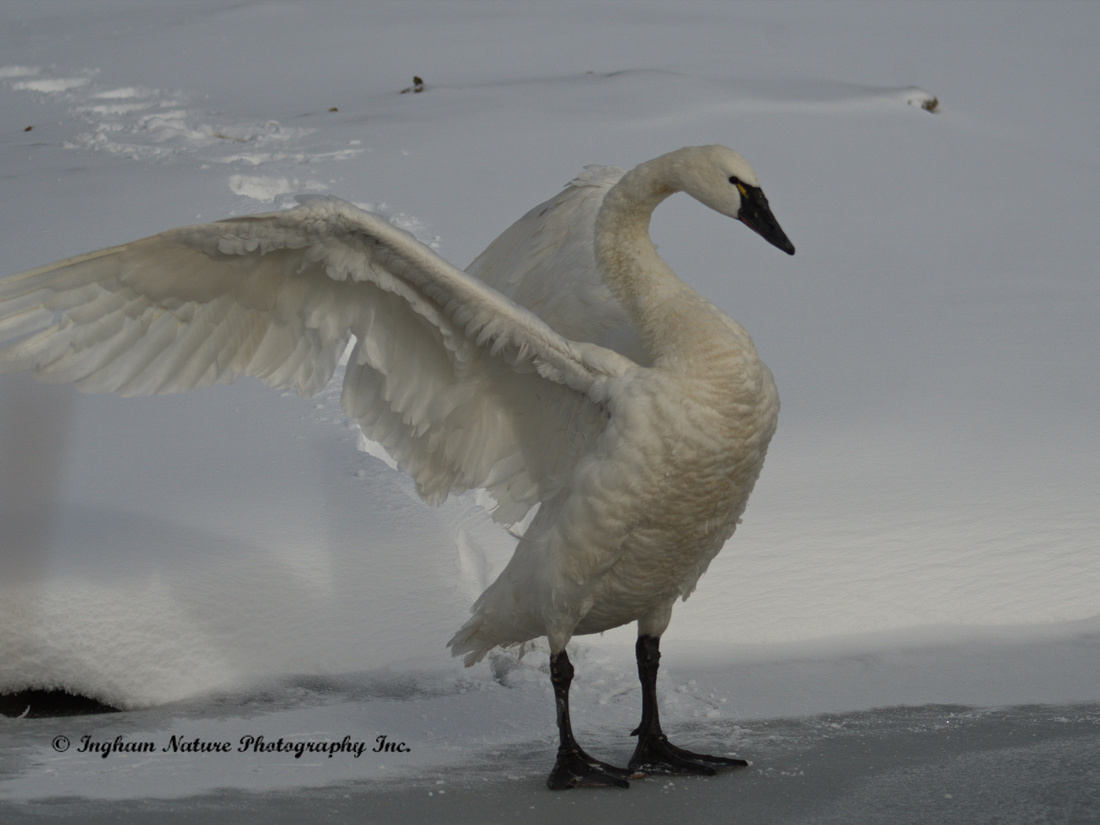