"AS THE SUN SLOWLY SETS"

One porcupine, one clear branch & a late afternoon.

From late afternoon until almost dusk, you can see the change of light as the sun slowly moved around to the West. And yes, it was seriously blowing that afternoon, so you can see on some of the photos, the quills being parted by the wind.

Porcupines do not appear to like to have the sun shining directly into their faces nor do they like to face into the wind. So this little snuggle bug was cozied up with its back to the wind, enjoying the warmth of the sunshine on its body. 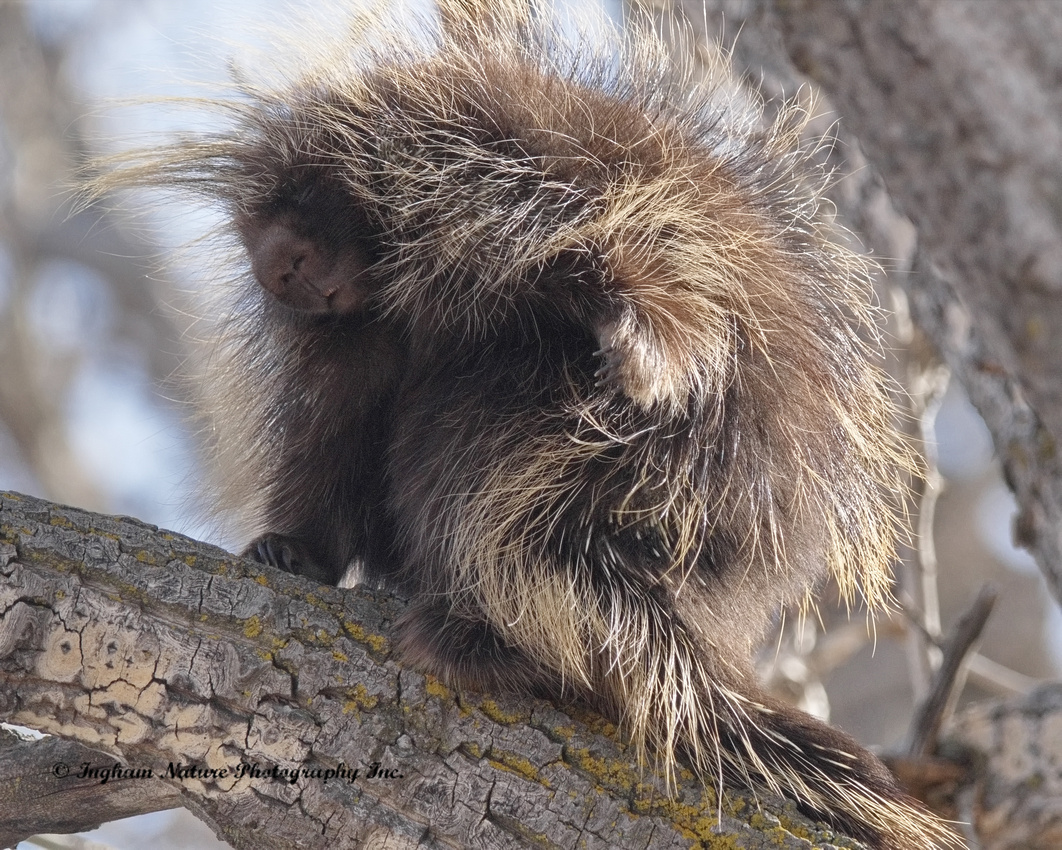 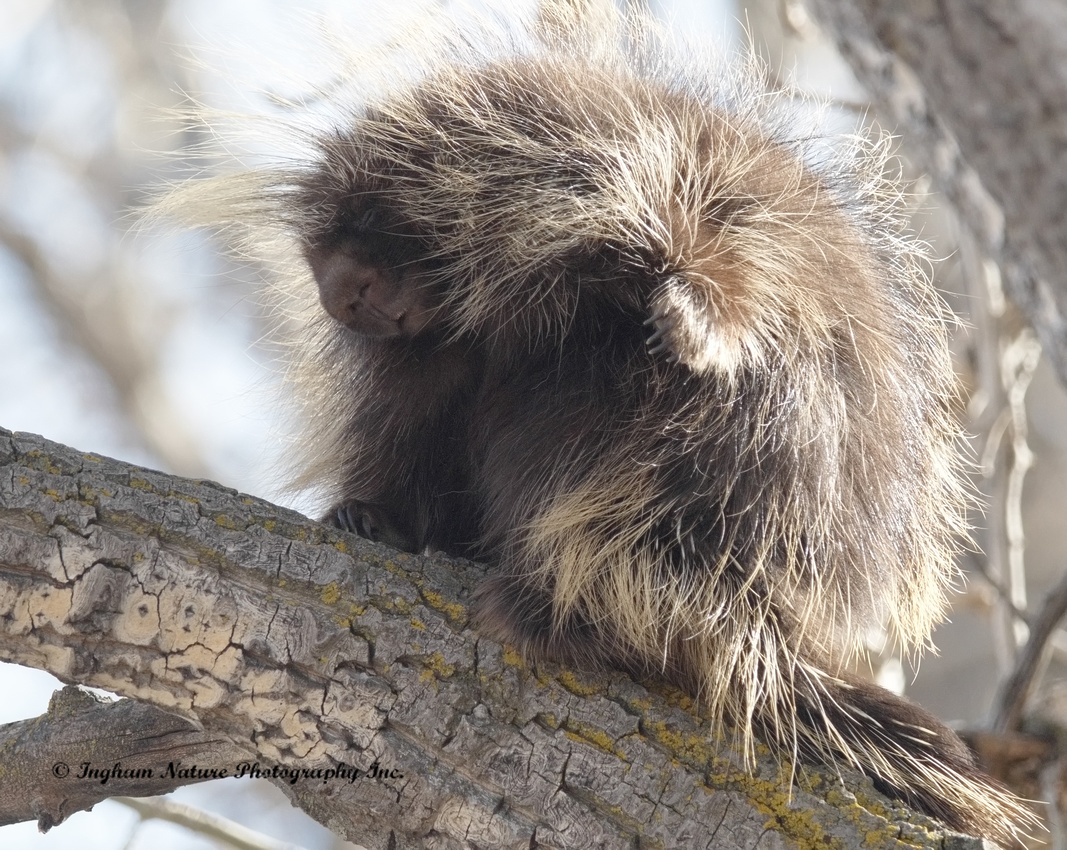 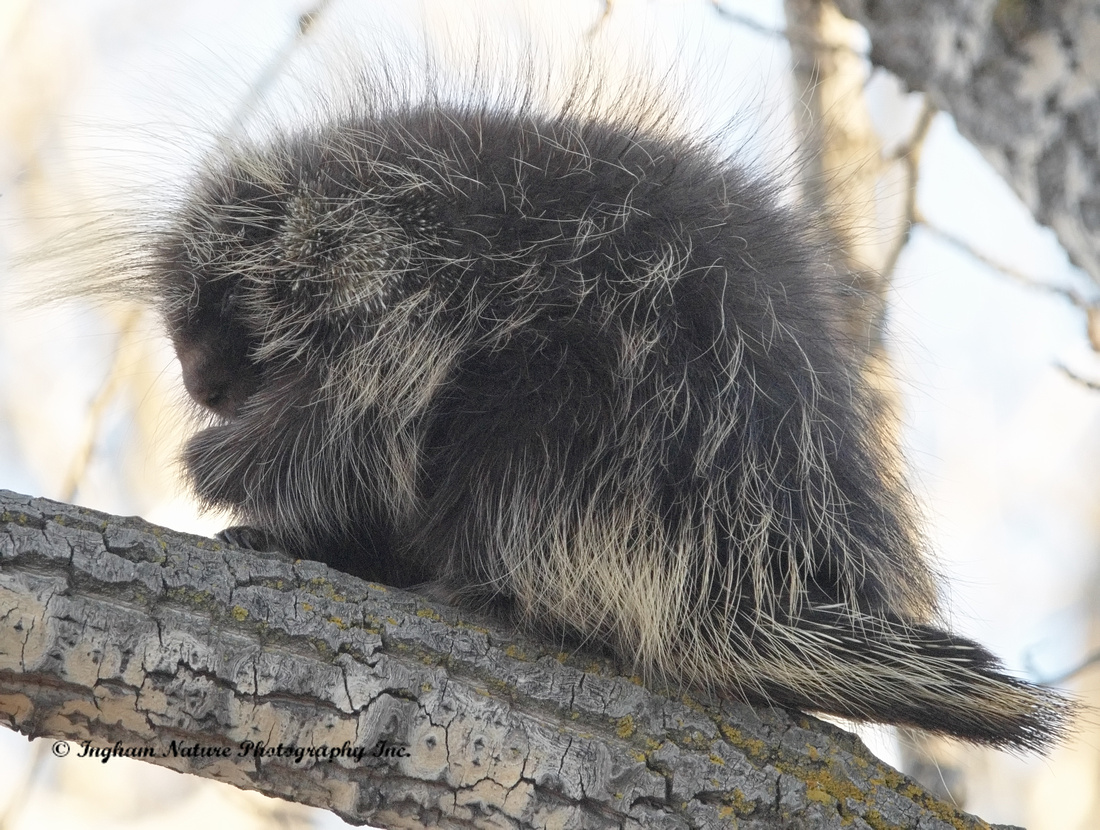 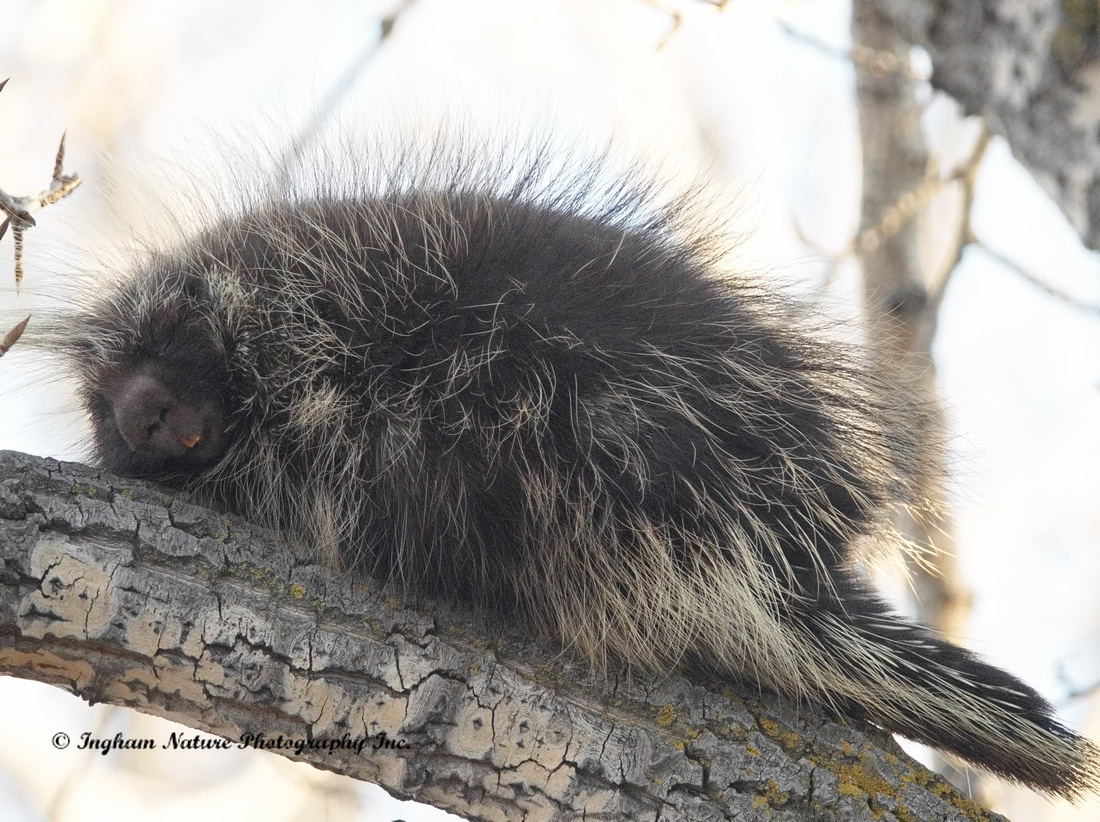