NONE OF THE PHOTOS CONTAINED IN THIS BLOG HAVE BEEN PHOTOSHOPPED

As identified on my Home Page, I do not photoshop. I use basic editing and developing. There is no photo layering. Sometimes, Nature just gives you some amazing gifts. Some of the photos may have a "gold" or "ruddy" tone. That's not a camera filter but another gift (if you can call it that) from Nature. We have been experiencing huge amounts of smoke cover the last few weeks, blown in from the forest fires raging in British Columbia.

I was sitting along the Bow River, taking some shots of a male Osprey in a tree. He had just flown the short distance east from the nest to perch on a tree. After a few minutes, he flew off heading for the ponds due east of the river.

Only ten minutes later he re-appeared flying across the river. I focused the camera in and was thrilled to see he had a complete fish in his talons. And then I noticed a strange appendage, which appeared to be "fluttering" just behind his head. Couldn't really see what it was until everything came into view.

Obviously the Osprey had been pursued by this Kingbird who had managed to perch on top of the Osprey, just behind his head. Don't you just hate those backseat drivers!!

Eventually, probably due to aerodynamics it had to fly off. And the final three photos are of the Osprey taking home lunch for the his partner and their two youngsters.

So a new airline has been established - "Osprey Airlines". And their motto:

"WE NOT ONLY CARRY CARGO BUT WE TAKE PASSENGERS AS WELL!" 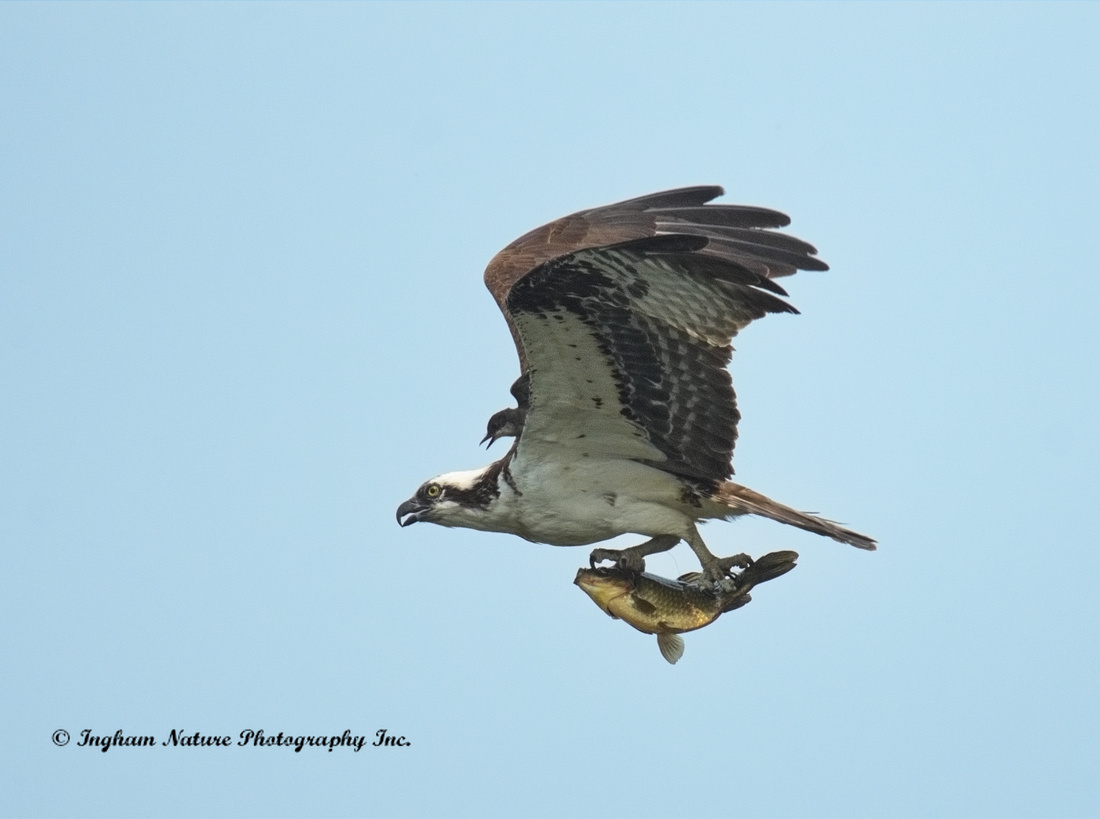 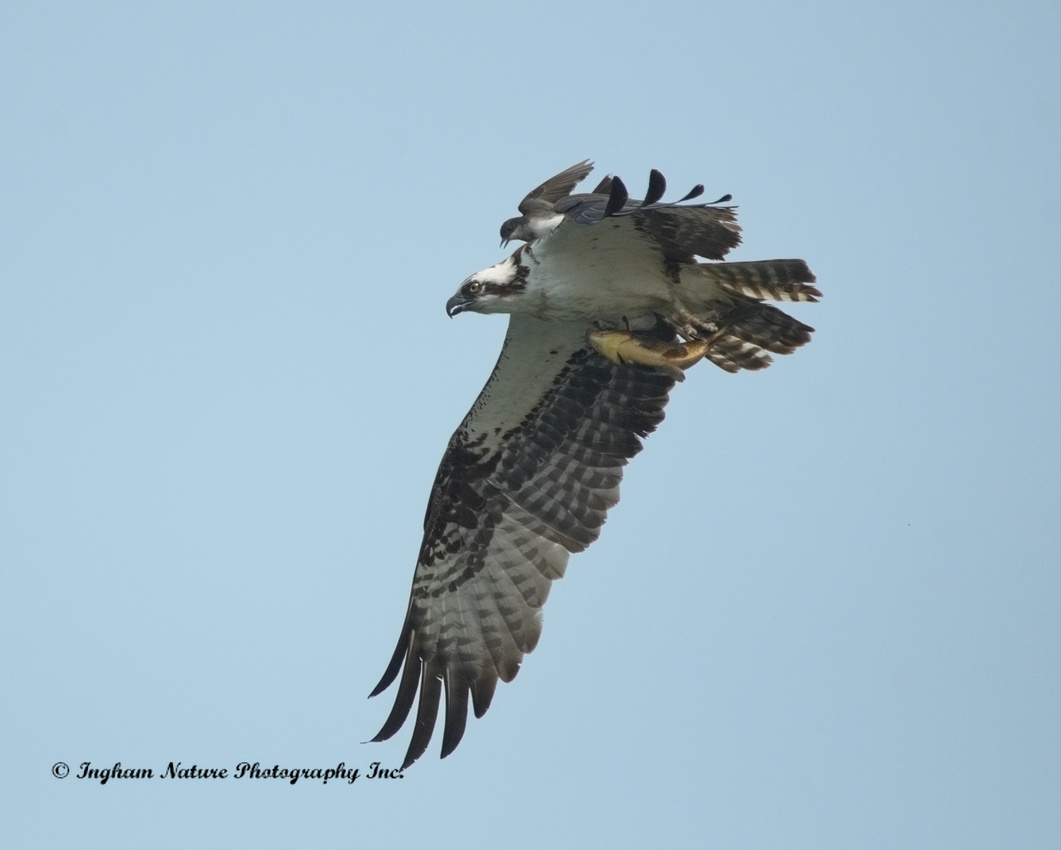 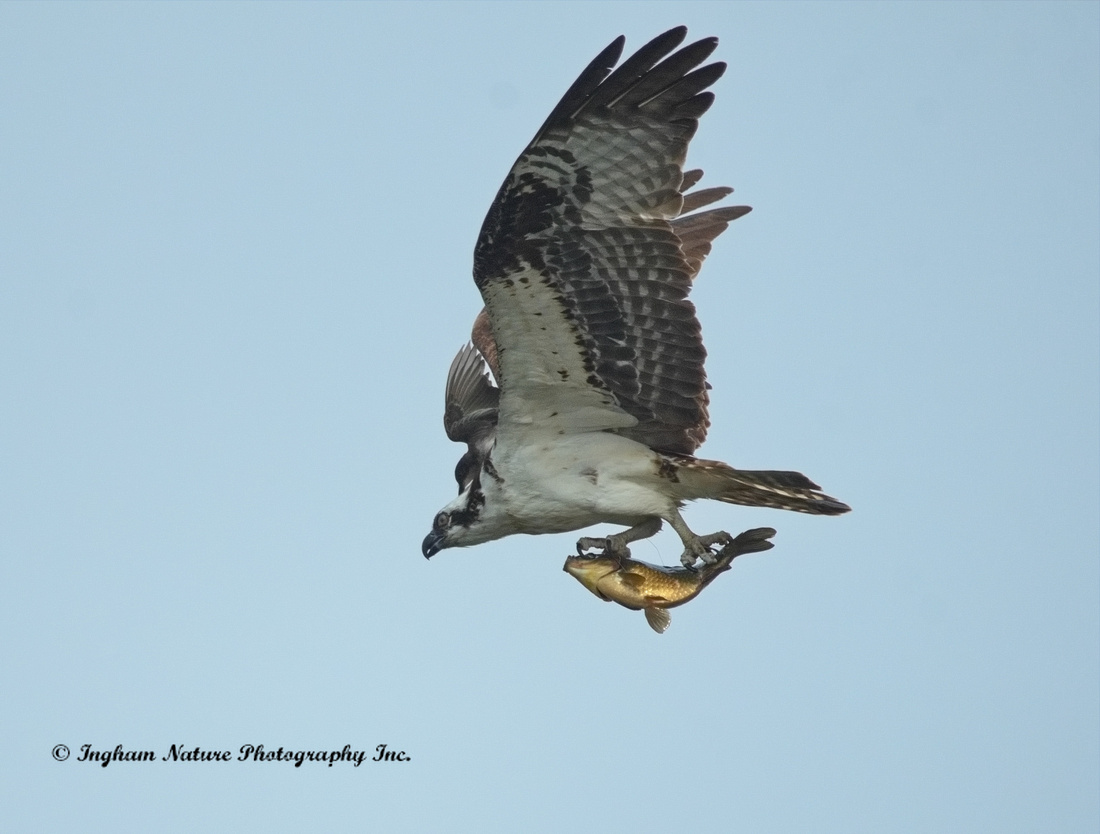 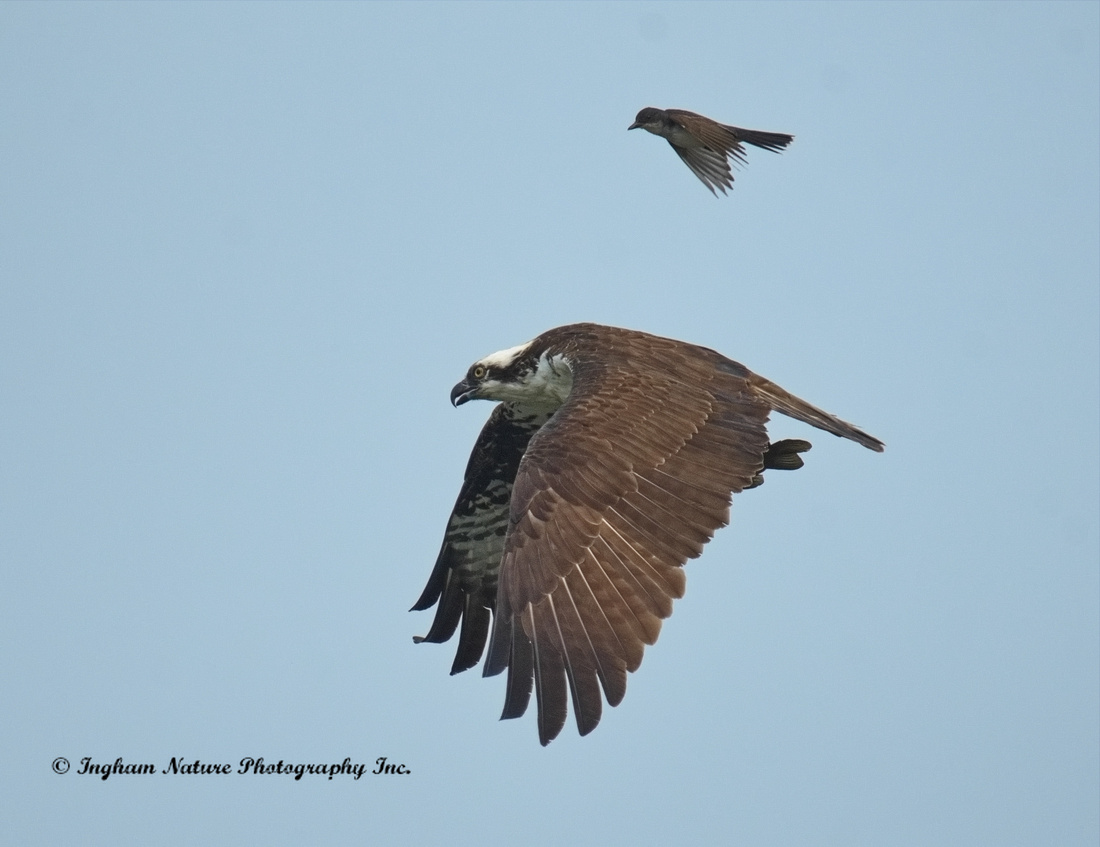 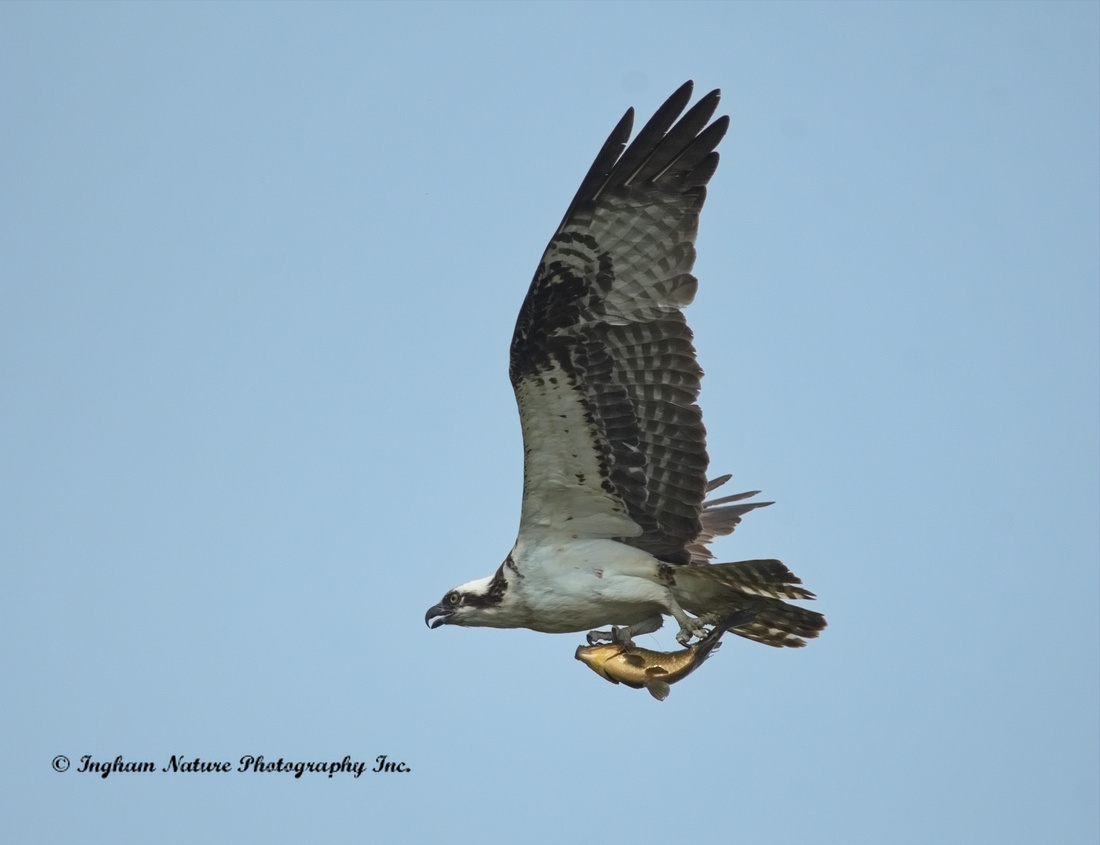 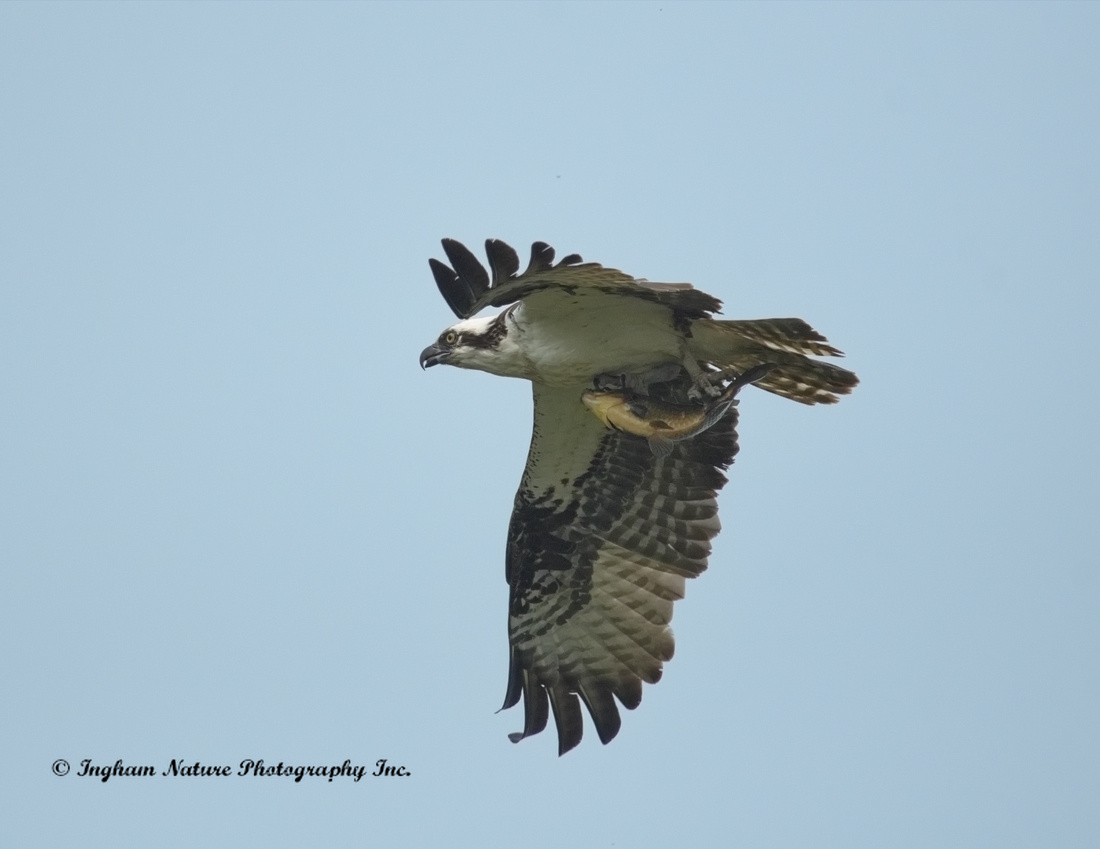