"AND THEN THERE WERE FOUR" - Mink (North American)

"And Then There Were Four"

I hadn't managed to catch the mink (Little Girl or LG for short) for some weeks now. The last times I had caught sight of her, she was catching fish and carrying her catch quickly off downstream.

And then came Sunday! First LG appeared. She is distinctive by her narrow female but long face/nose. I got some shots off as she came through the boulder and then she was gone. I waited for about 15 minutes but no more LG.

And then upstream, appeared not one, not two but three smaller mink. One after another and seemingly from nowhere. I assume now they had come up with their mother not through the creek bed but through the grassy banks that run alongside. It was similar to a video game where the animated creatures pop up out of the blue.

Where and which mink to shoot???

So here they are. From what I can determine from the photos, there is one male, one female (the smallest who looks just like her mother) and one other, gender unknown. LG's mum would be so proud. This is probably her first litter and to raise three healthy minks to a stage where they can go it alone, is truly an accomplishment.

And their story has another chapter to come! :) 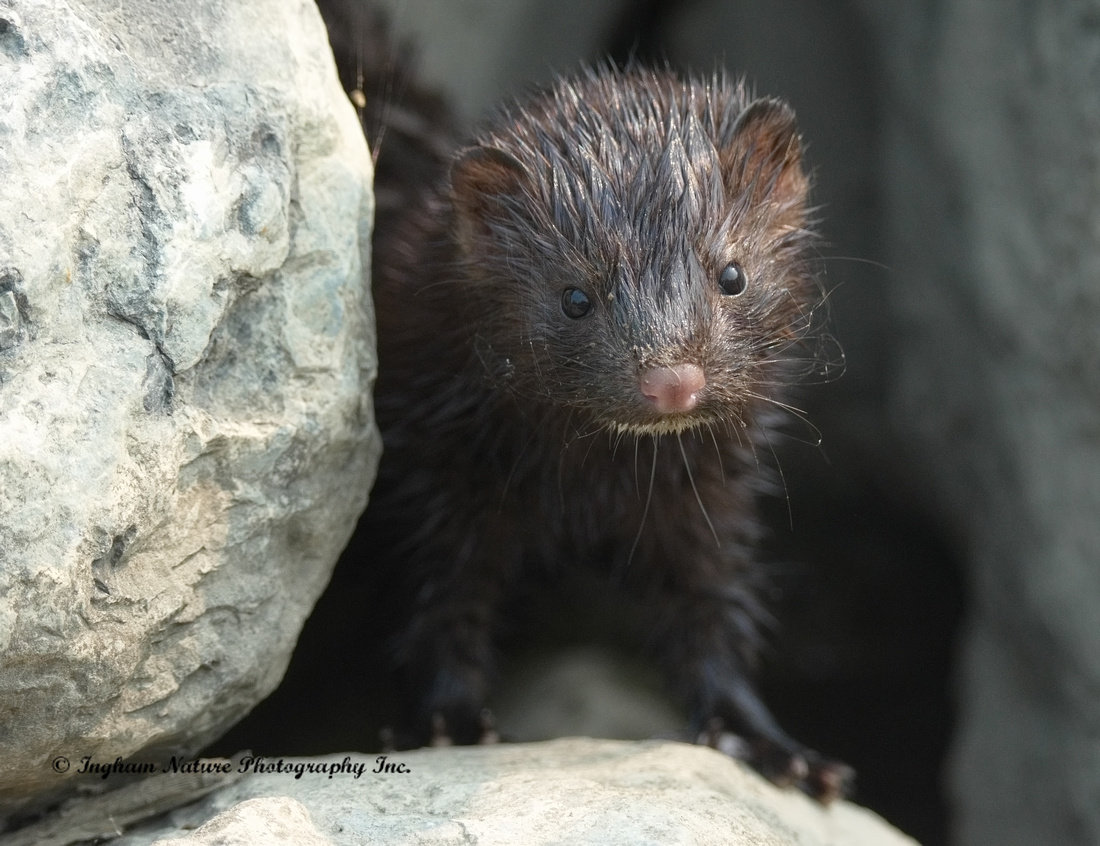 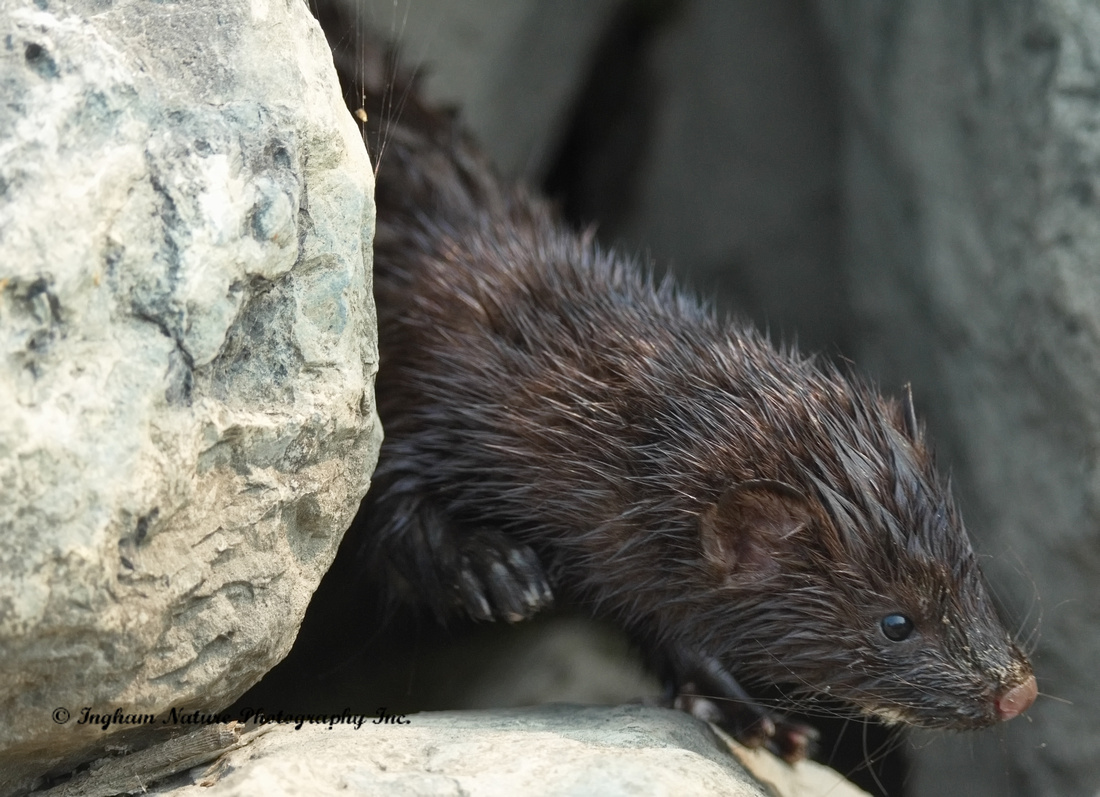 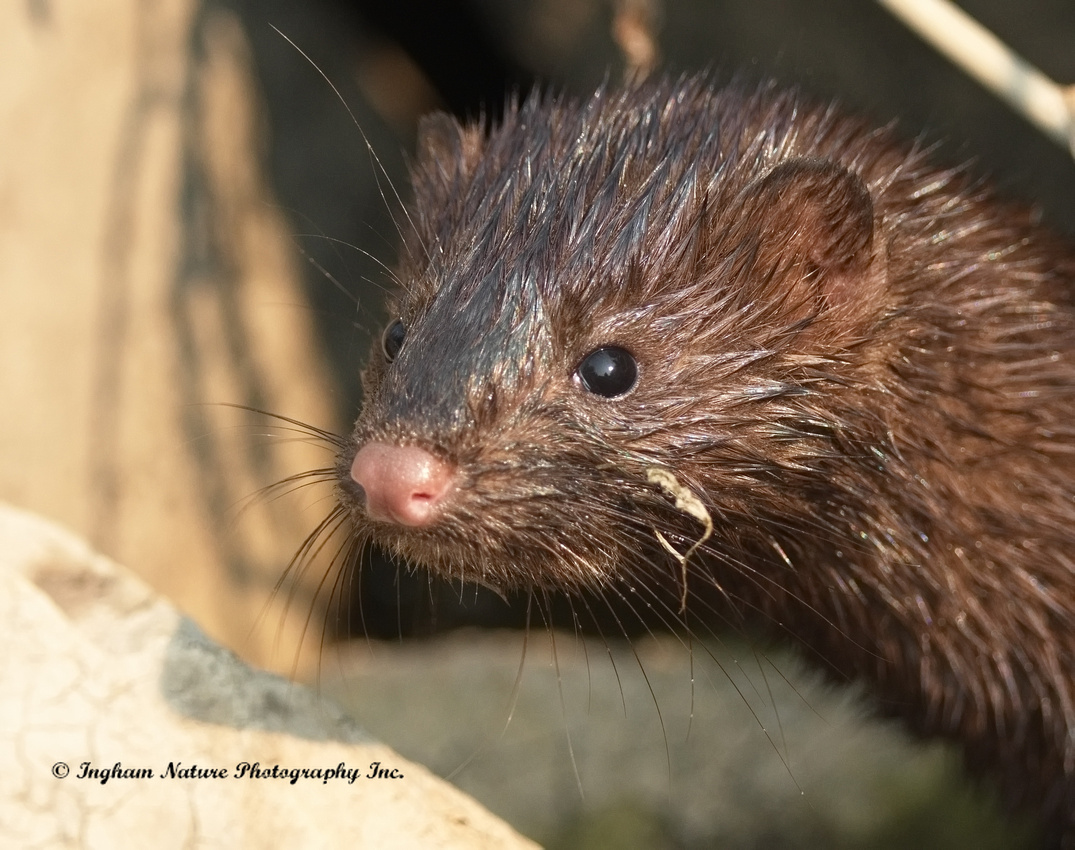 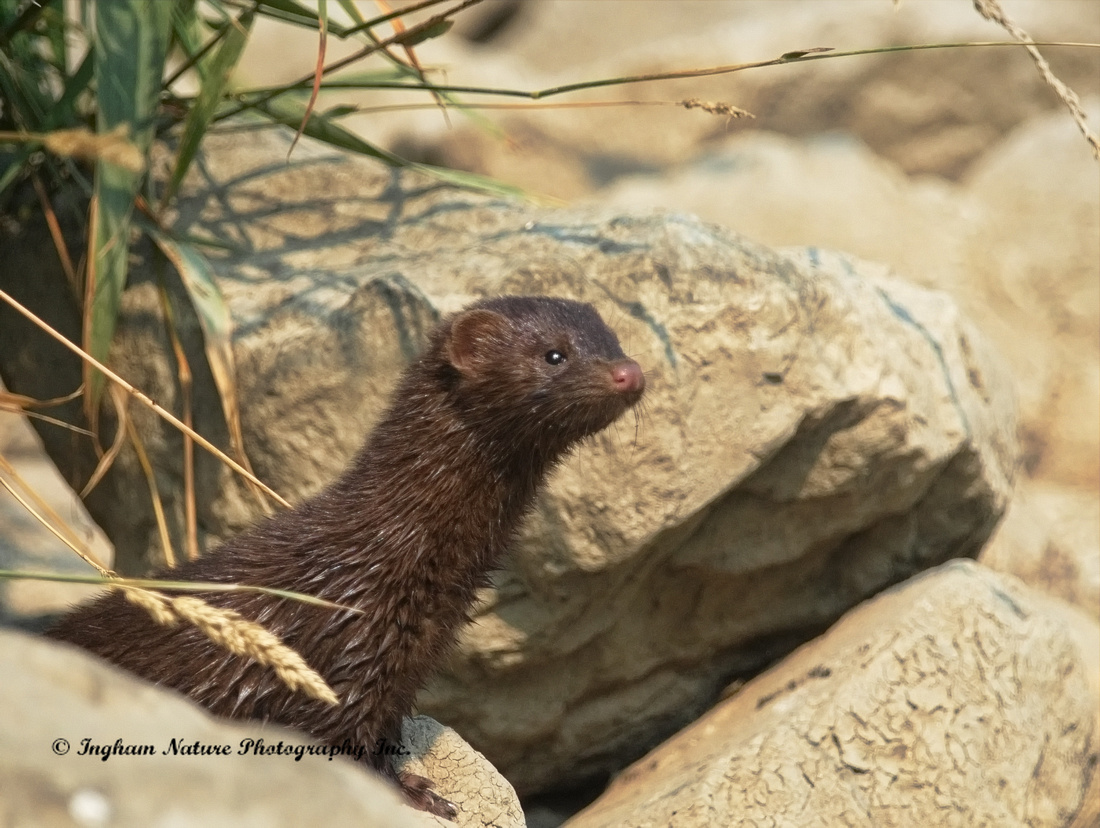 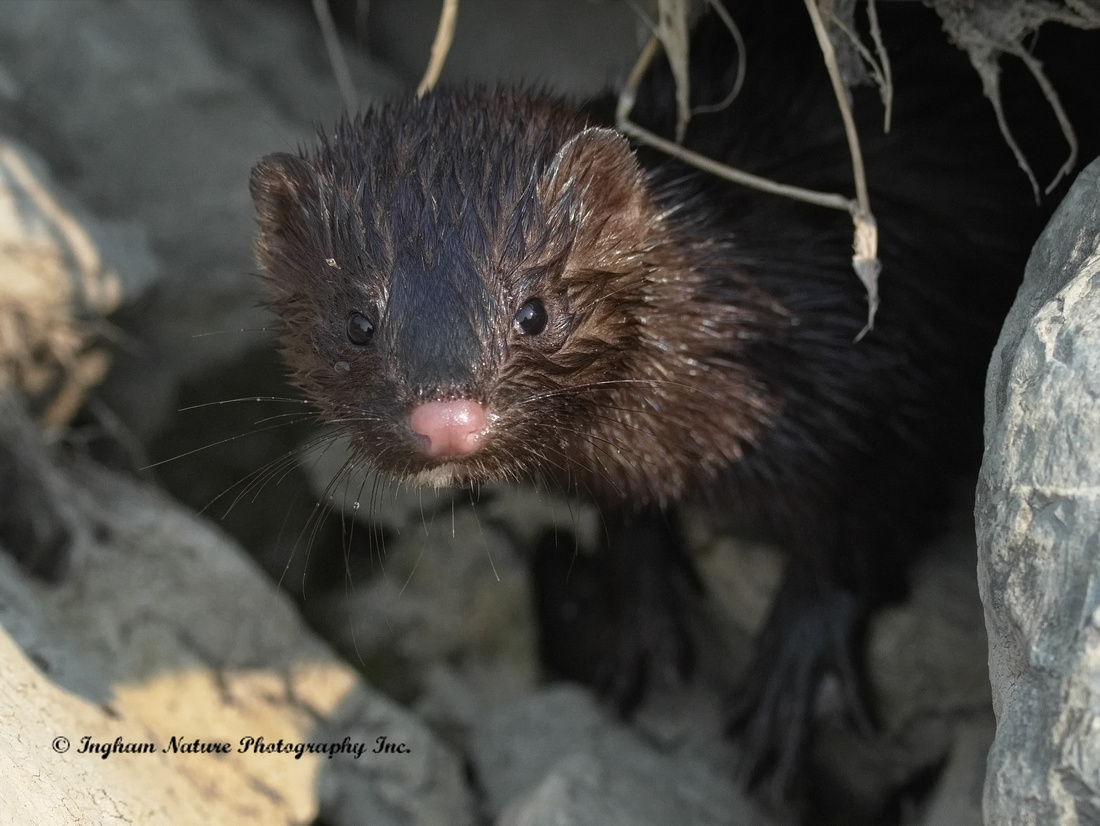 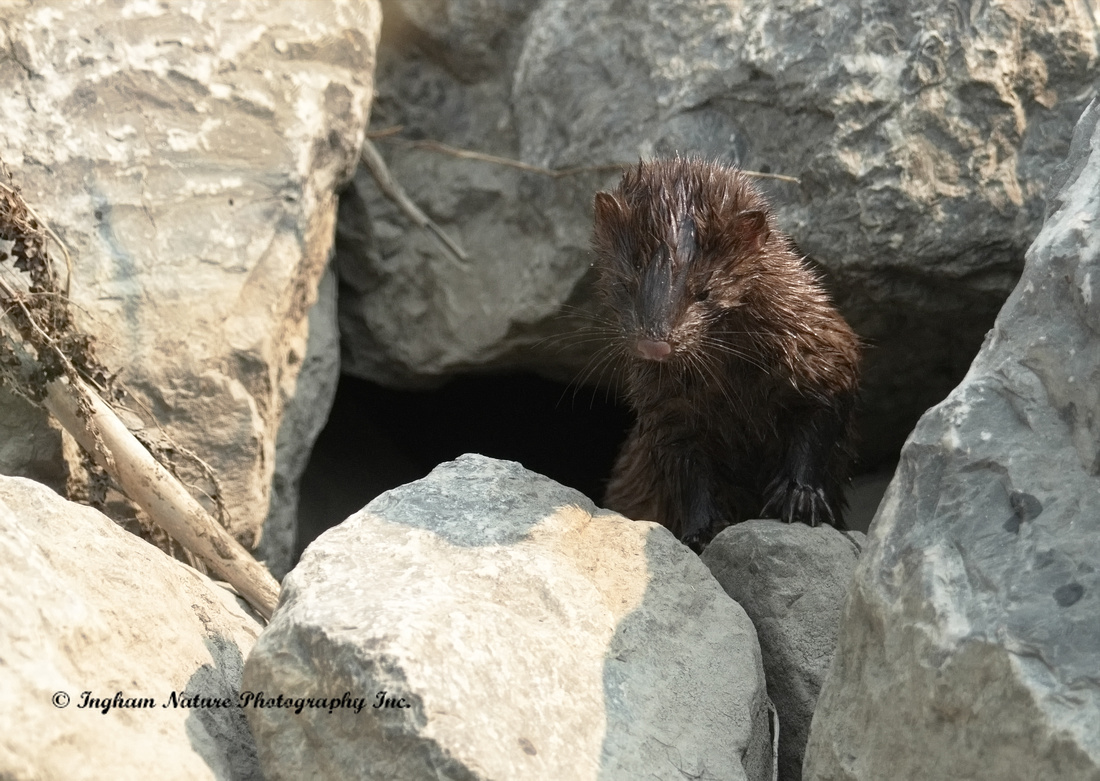