"WHAT EAGLES GET UP TO IN THEIR DOWNTIME" - Bald Eagles (Mature)

"WHAT EAGLES GET UP TO IN THEIR DOWNTIME"

The following photos feature two Bald Eagles (actually a partnership) and were taken over the course of several hours.

I followed one as it landed on a tree and it was subsequently joined by its mate. The two then flew to a pair of trees very close by and then eventually ended up in one tree, one on a branch above the other where they remained for almost two hours, literally just chilling out. If you check out the feet and talons of one eagle, in particular, you can see they are bright red, presumably covered in the blood of a recent & probably substantial meal. They probably both had recently dined well which may explain why they were attending to "other matters" for such a long period.

As the afternoon sun began its descent, the two, one after the other, flew in the direction of the river.

PHOTO #1 - Having A Conversation With Our Mate 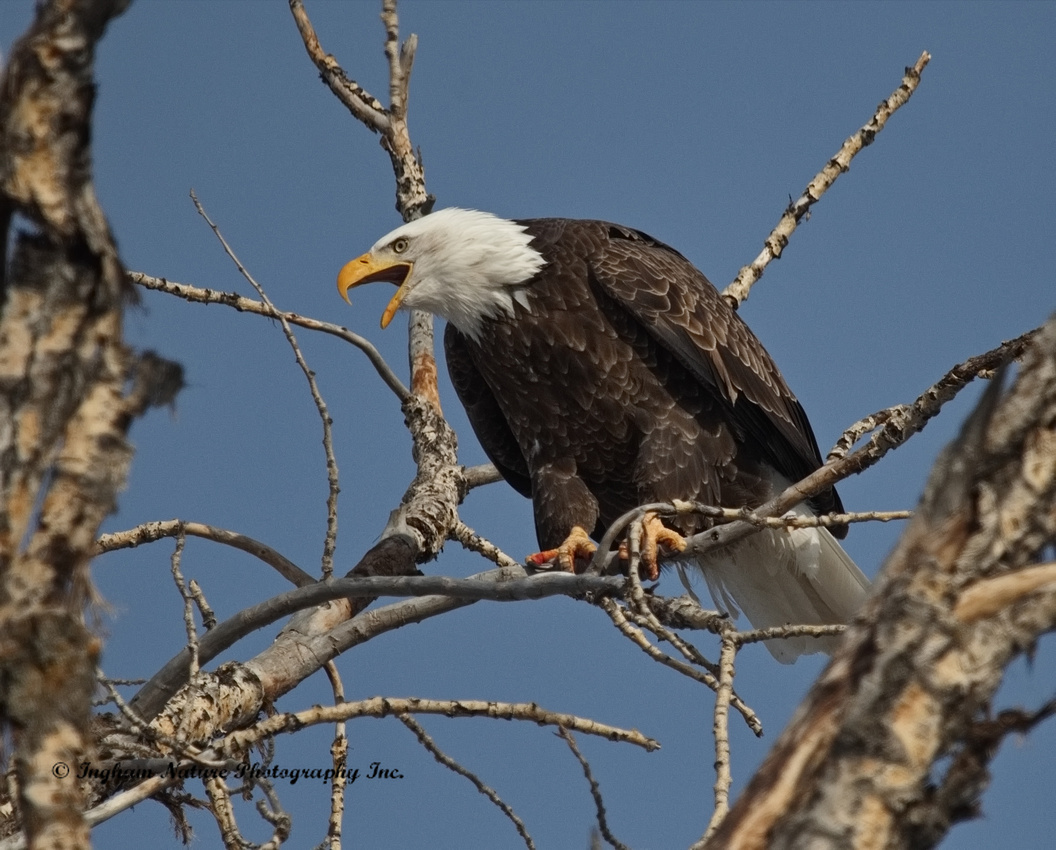 PHOTO #2 - Spending Some Time With A 'Friend'. If I was this magpie, I would be paying close attention to the colour of this eagle's feet :) 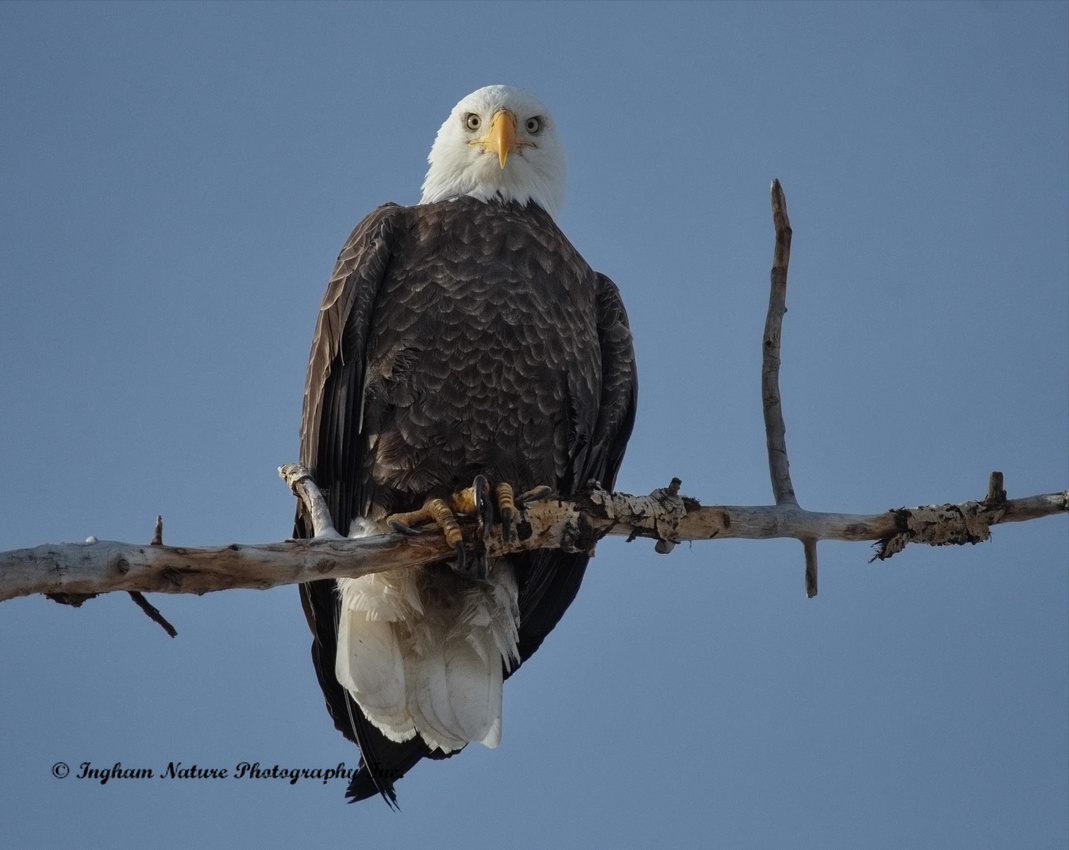 PHOTO #6 - Cleaning Our Beak With A Newly Broken Off Branch. Who said eagles don't use tools??? 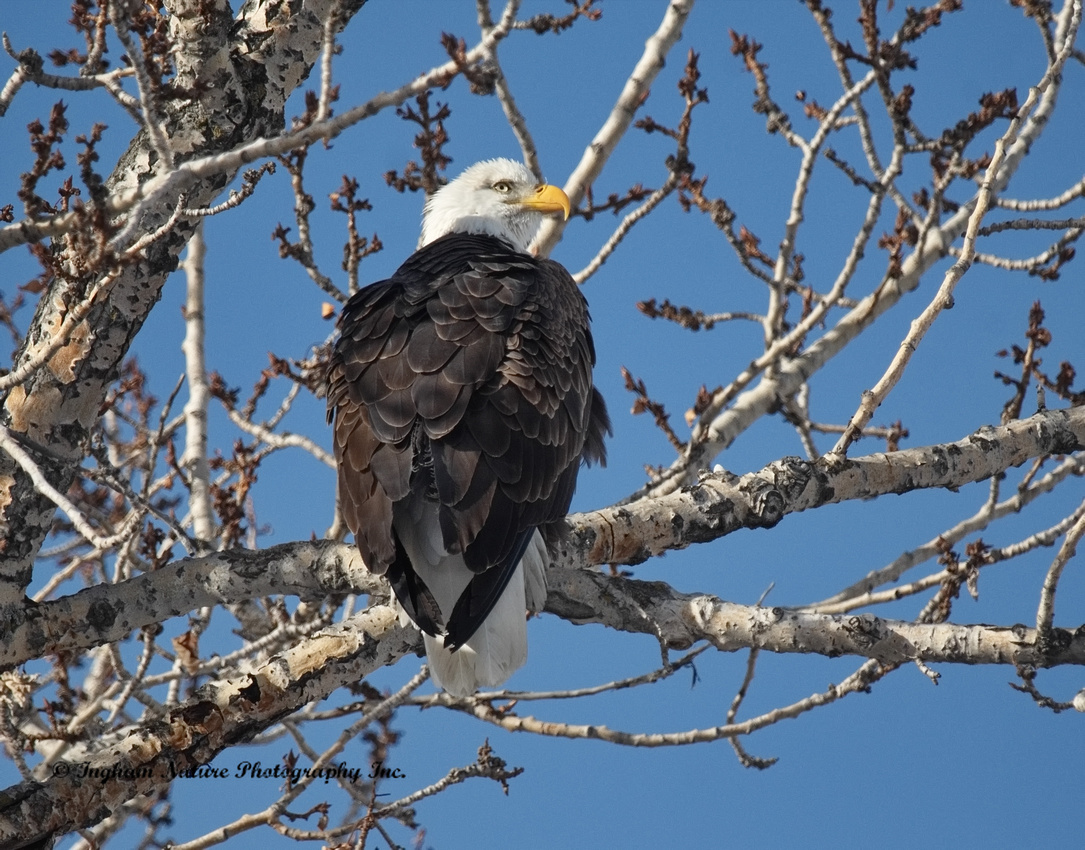 PHOTO #8 - Now That Looks More Like A Bird Of Prey 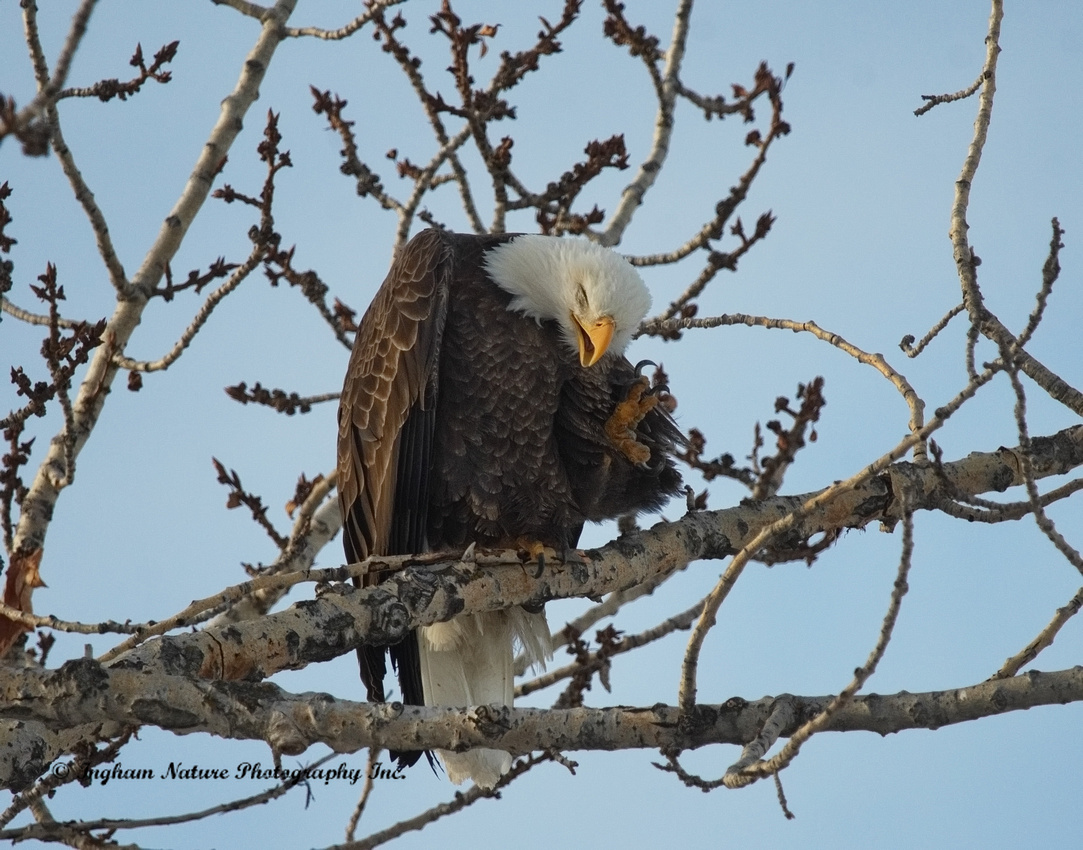 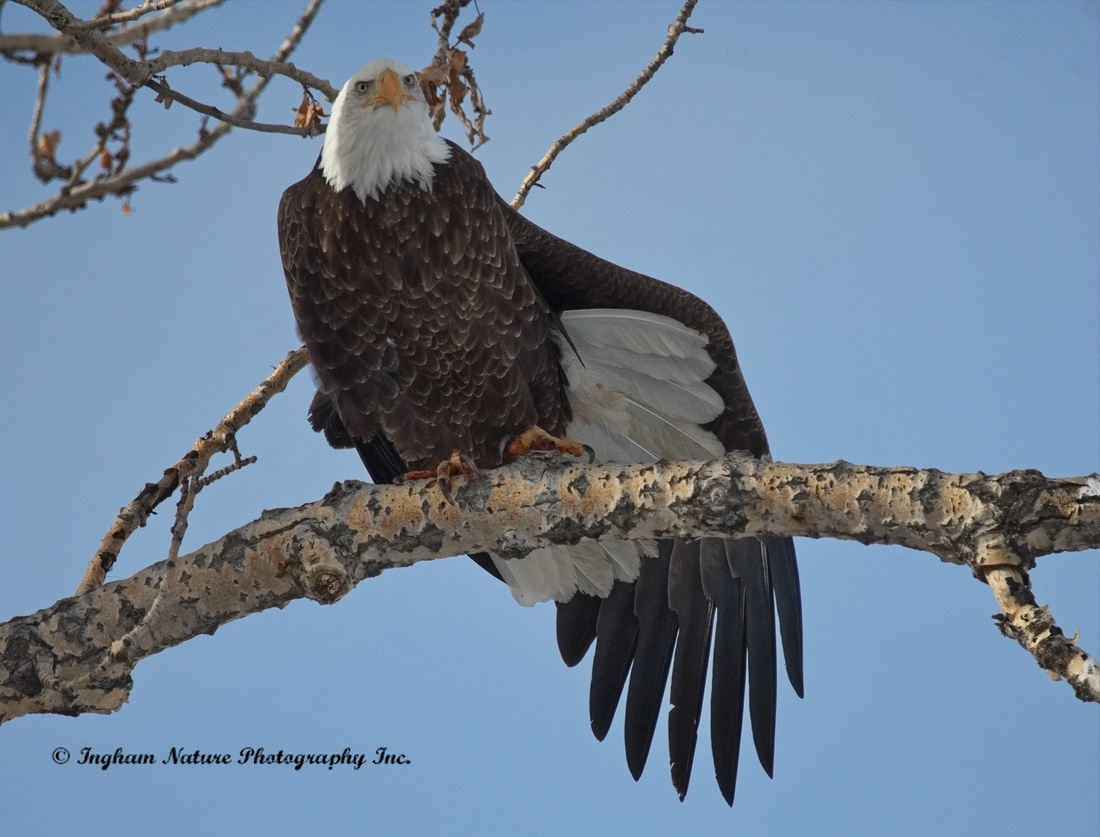 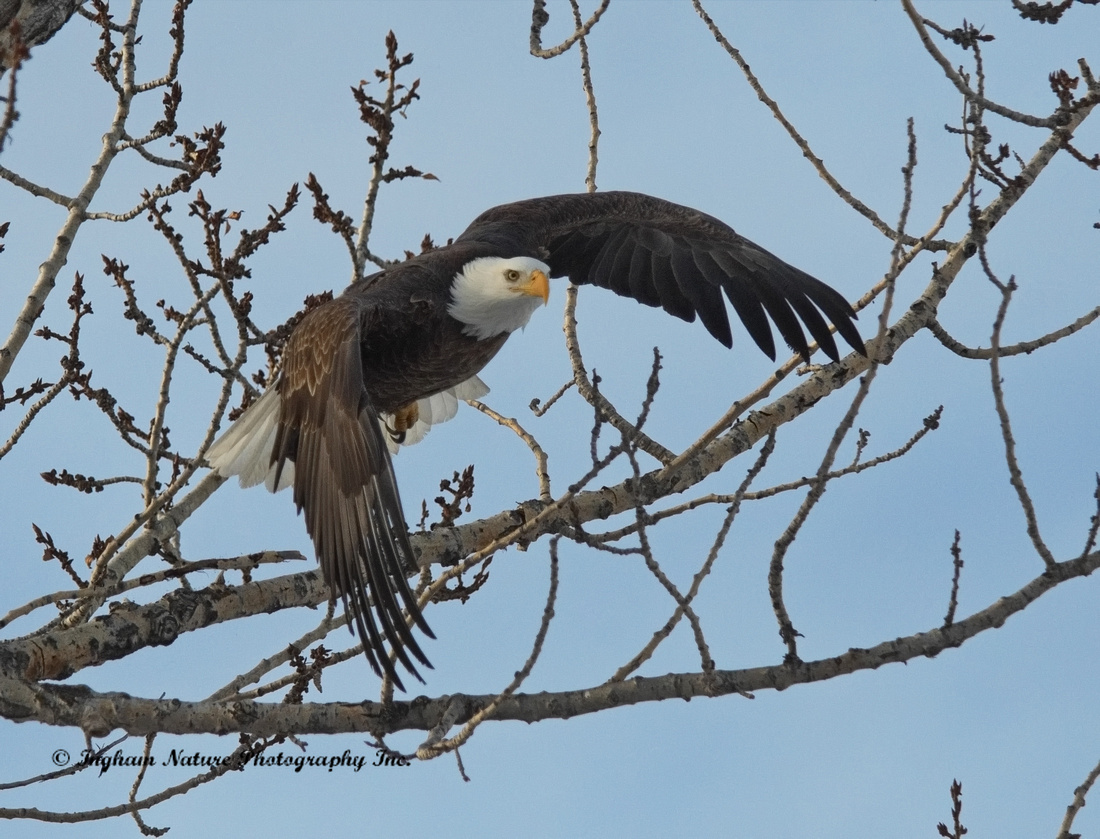