"GUESS WHO JUST DROPPED IN?"

So I was sitting by a river, waiting for a certain Belted Kingfisher to come in closer. The seconds turned to minutes which turned to over an hour, which - well you get the picture.

Then I heard this plop close-by and looked quickly to my right and there sitting on a semi-submerged branch in the river channel was a Sharp-Shinned Hawk. So I quickly aimed the camera taking as many shots as I could before the hawk flew away but then it just sat there.

"Now I know we just met & far from it for me to comment on your perch choices, but you're sinking!"  And yes, although Sharp-Shinned Hawks weigh only up to 115 grams, this branch was already half under water before the addition of the hawk. With the movement of the water and the weight of the bird, the branch was rapidly disappearing. So the hawk deserted the "sinking ship" to another branch more secure & then hopped to some rocks on the river bed.

I expected it to fly off at this point but then it flew clear of the debris onto a series of rocks where it sat & took some time to decide its next move. Eventually, it flew up onto fallen tree and then across the river where I saw it hunting, chasing after the smaller waterfowl along the shore.

I am not certain if it had gotten too close to the river in its pursuit of prey and made a semi-crash landing to dry off and it was any perch was better than no perch but it was amusing to see it sitting there in a dignified hawk manner, as its tail feathers slowly disappeared into the water. But obviously no lasting harm done. 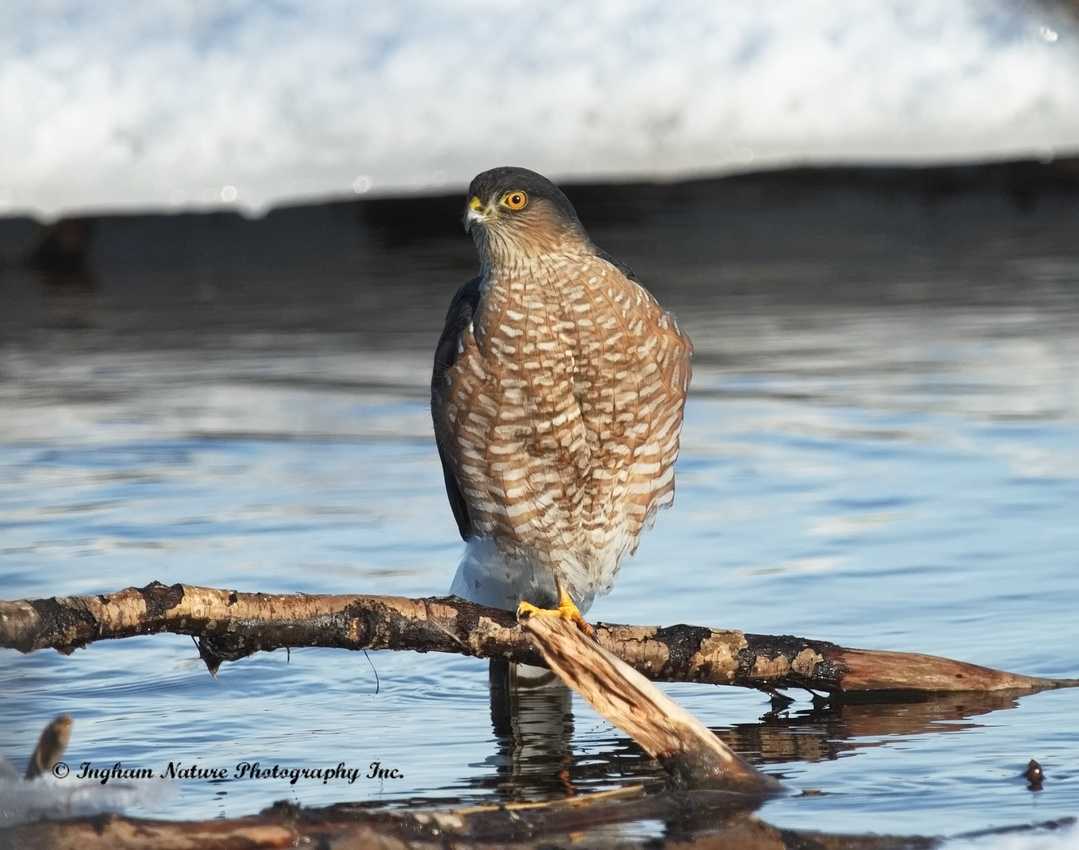 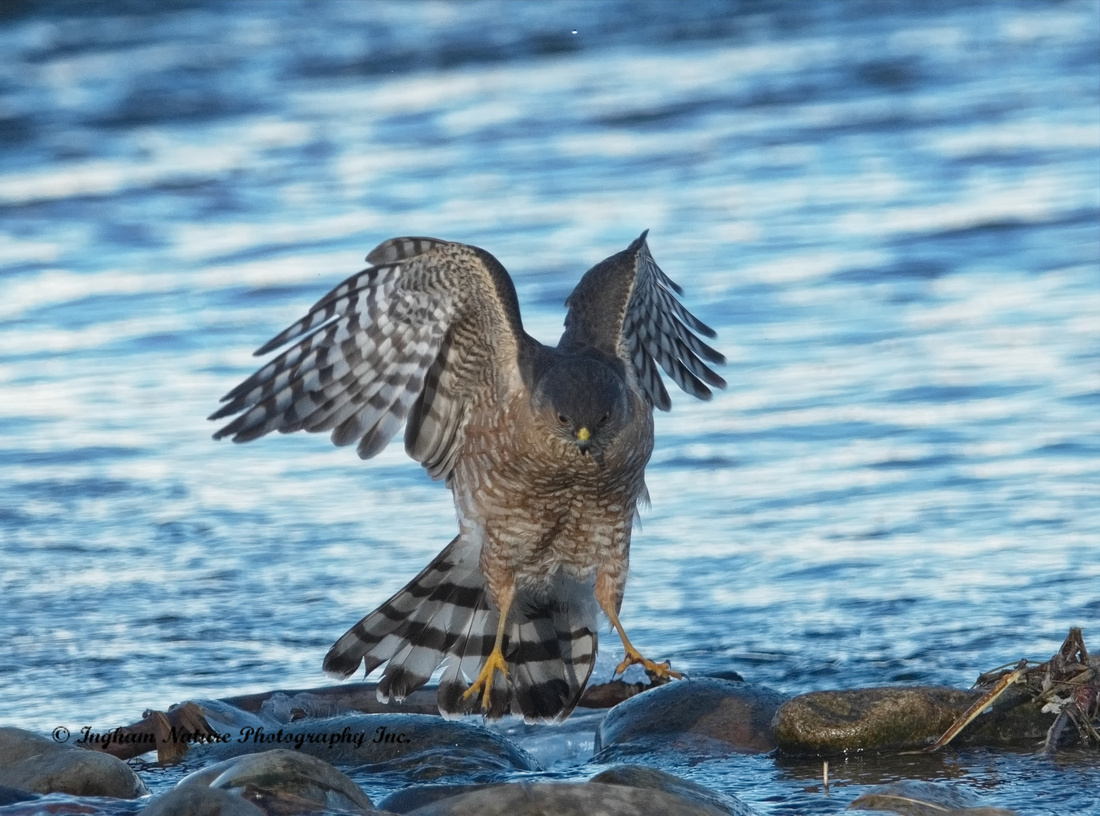 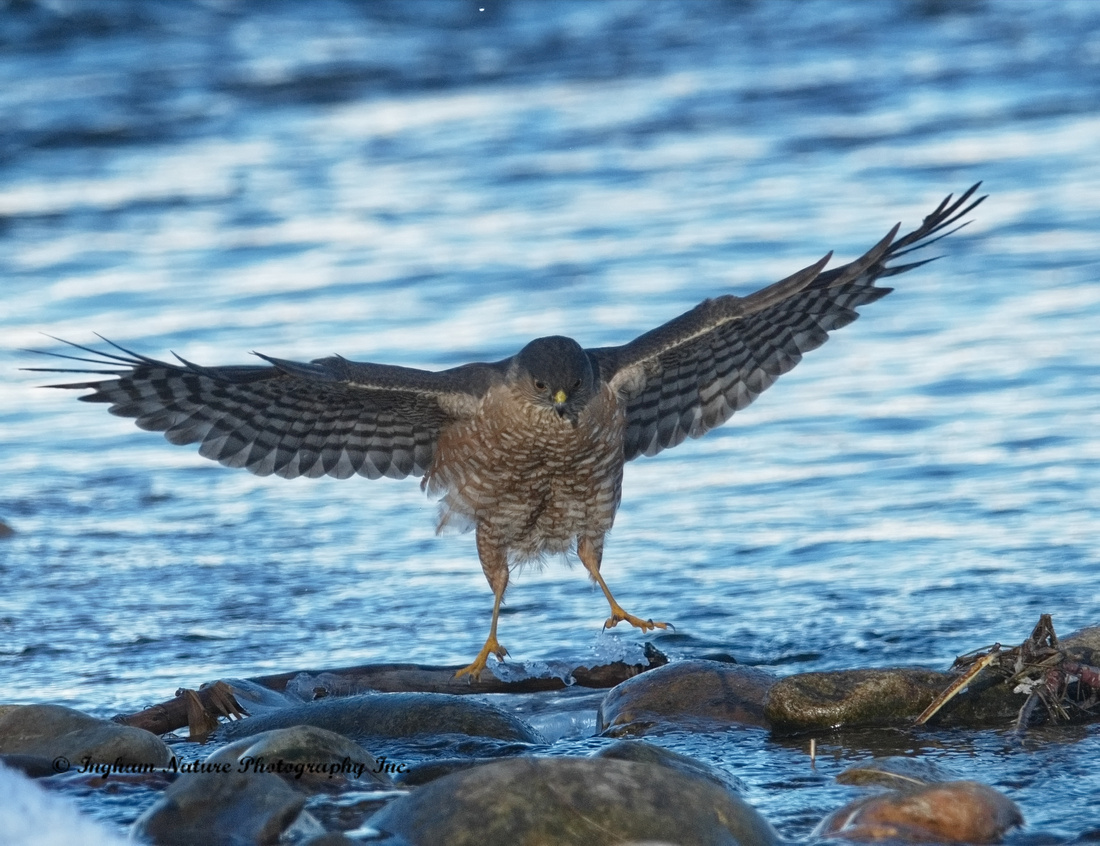 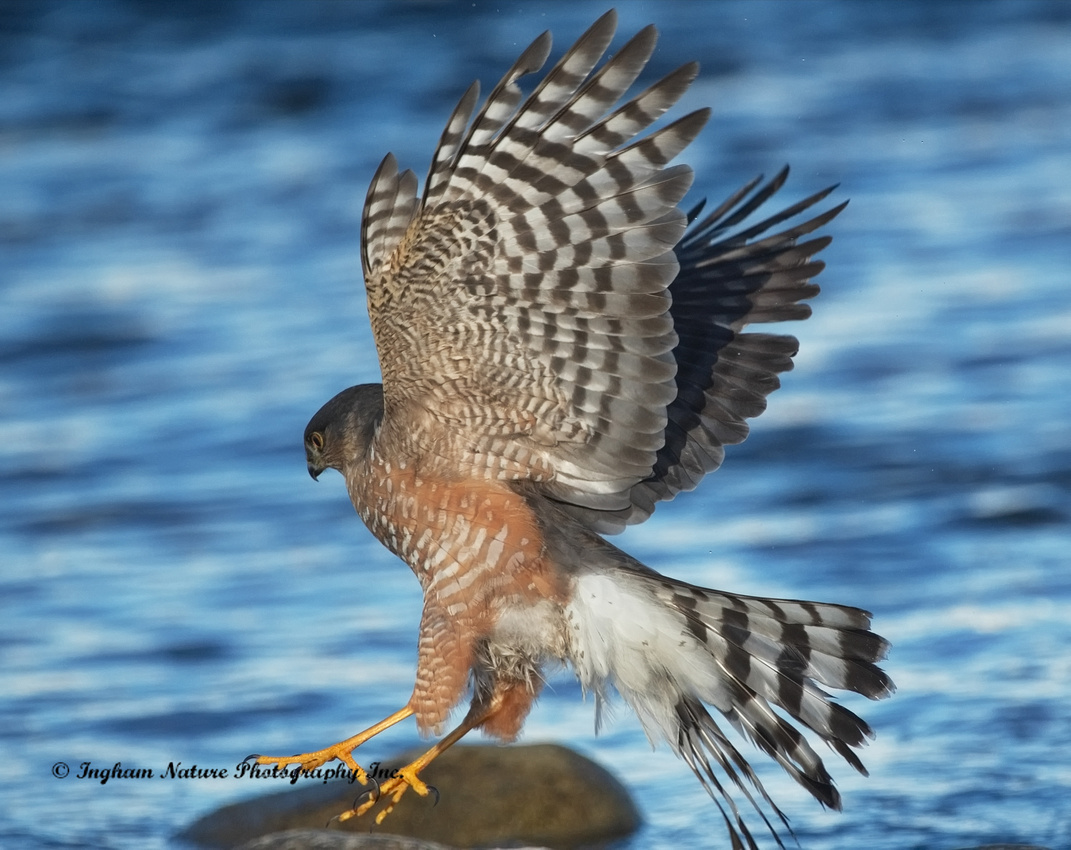 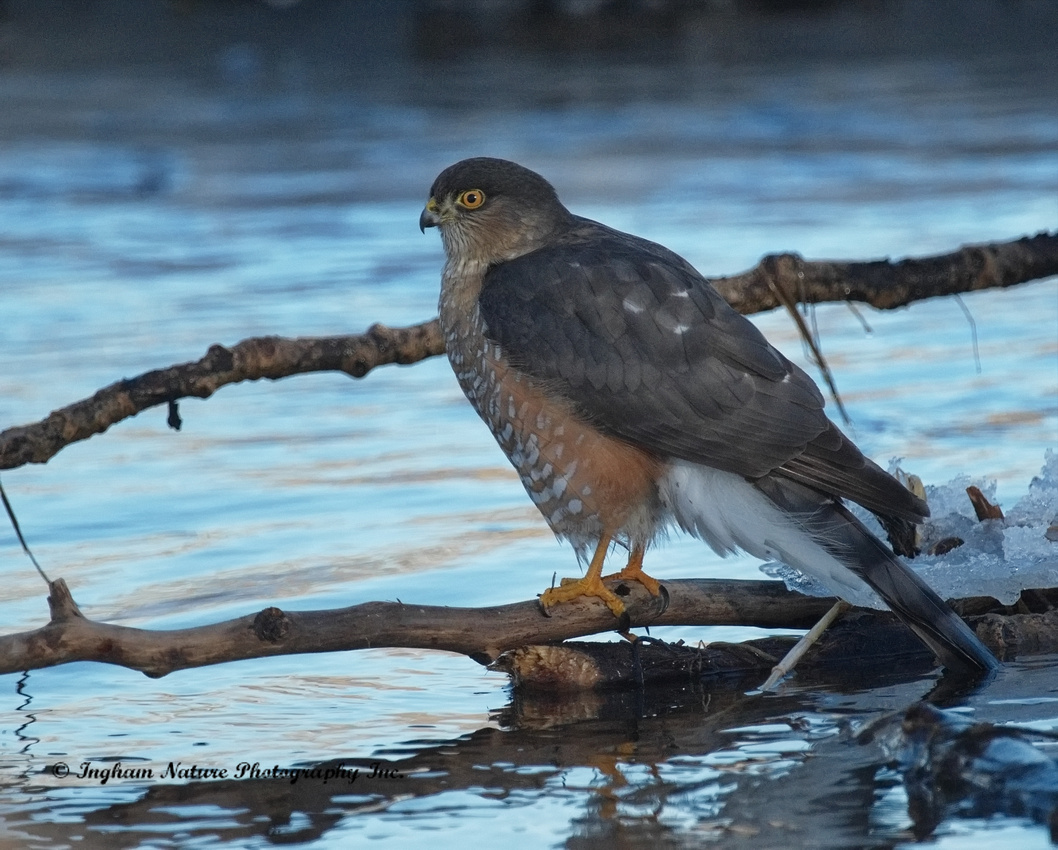 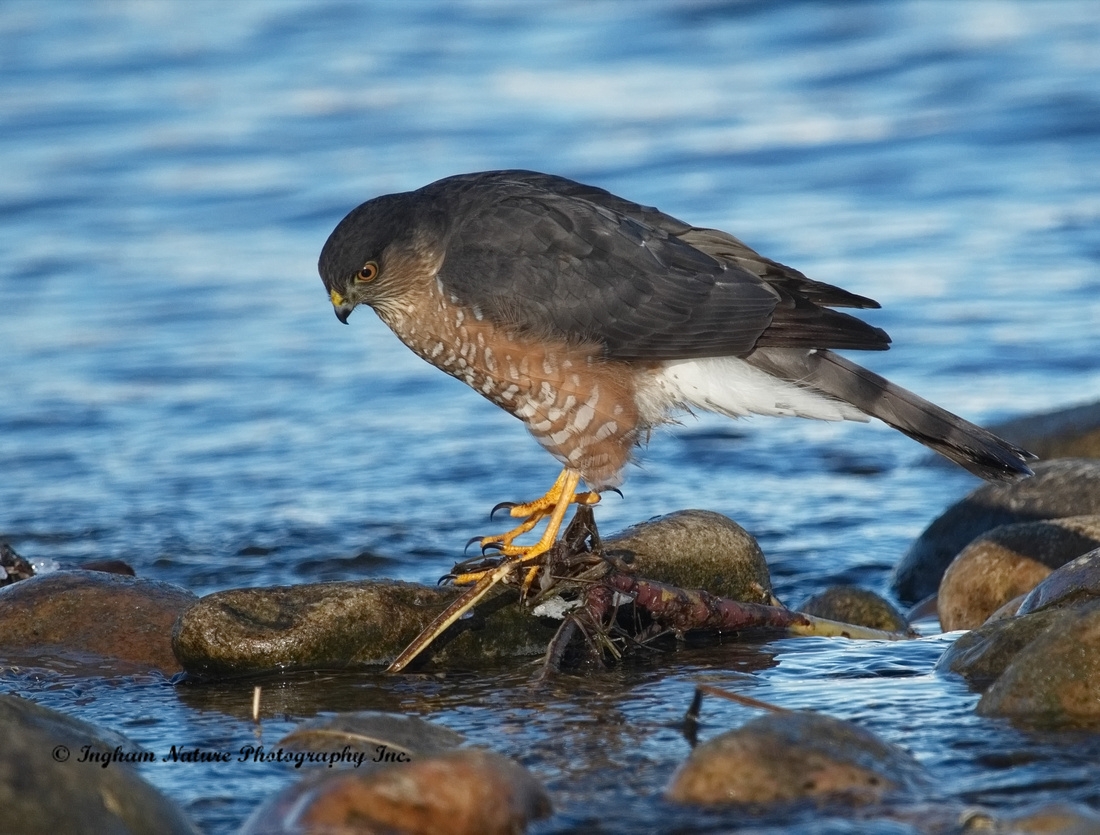 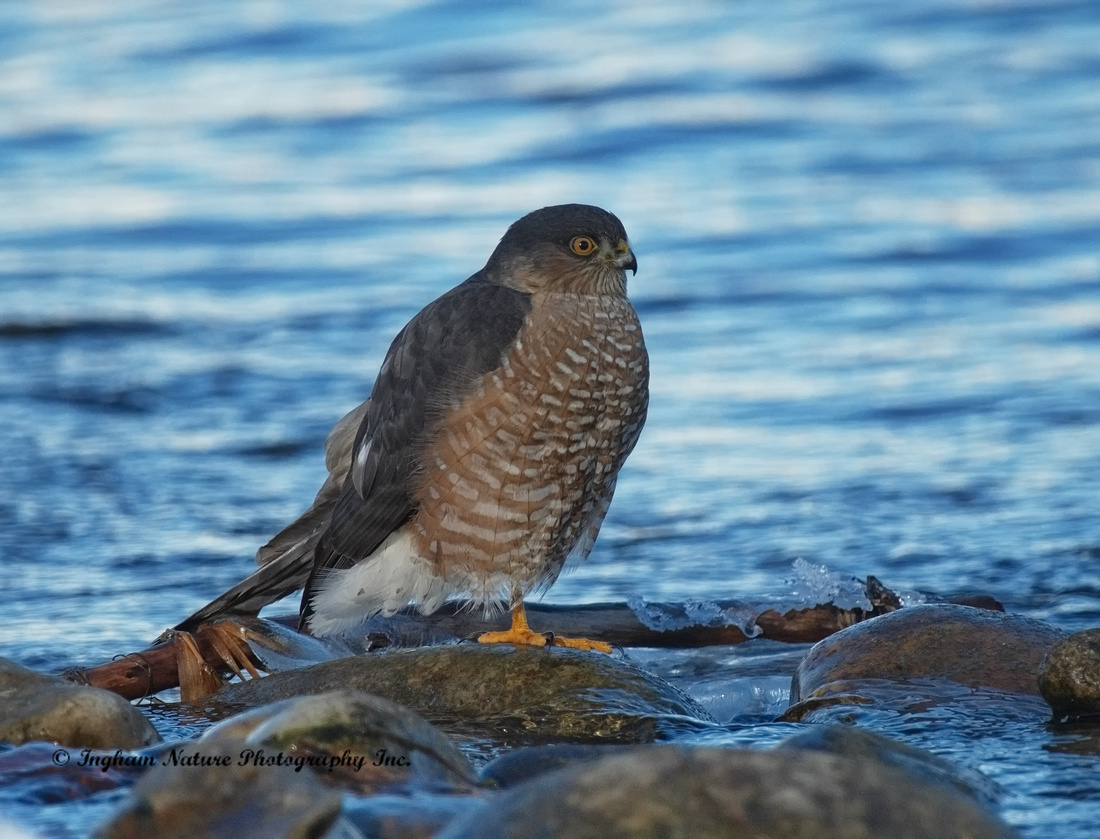 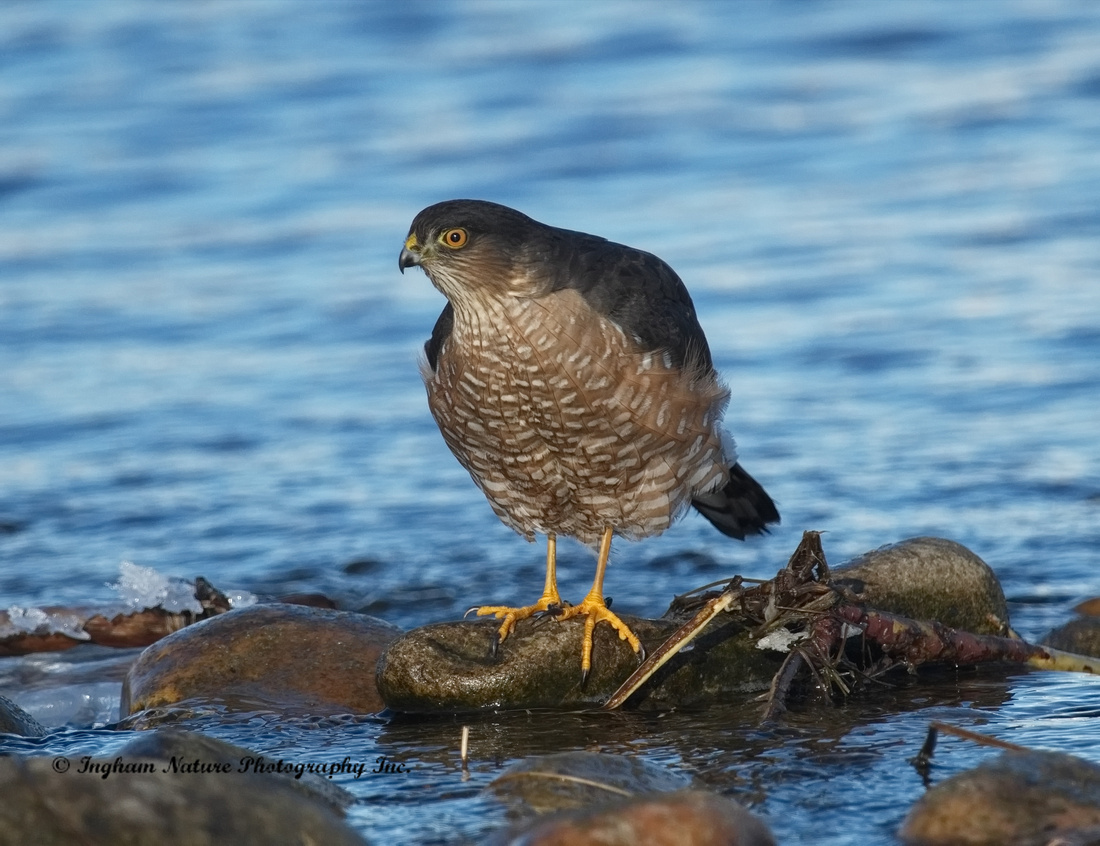 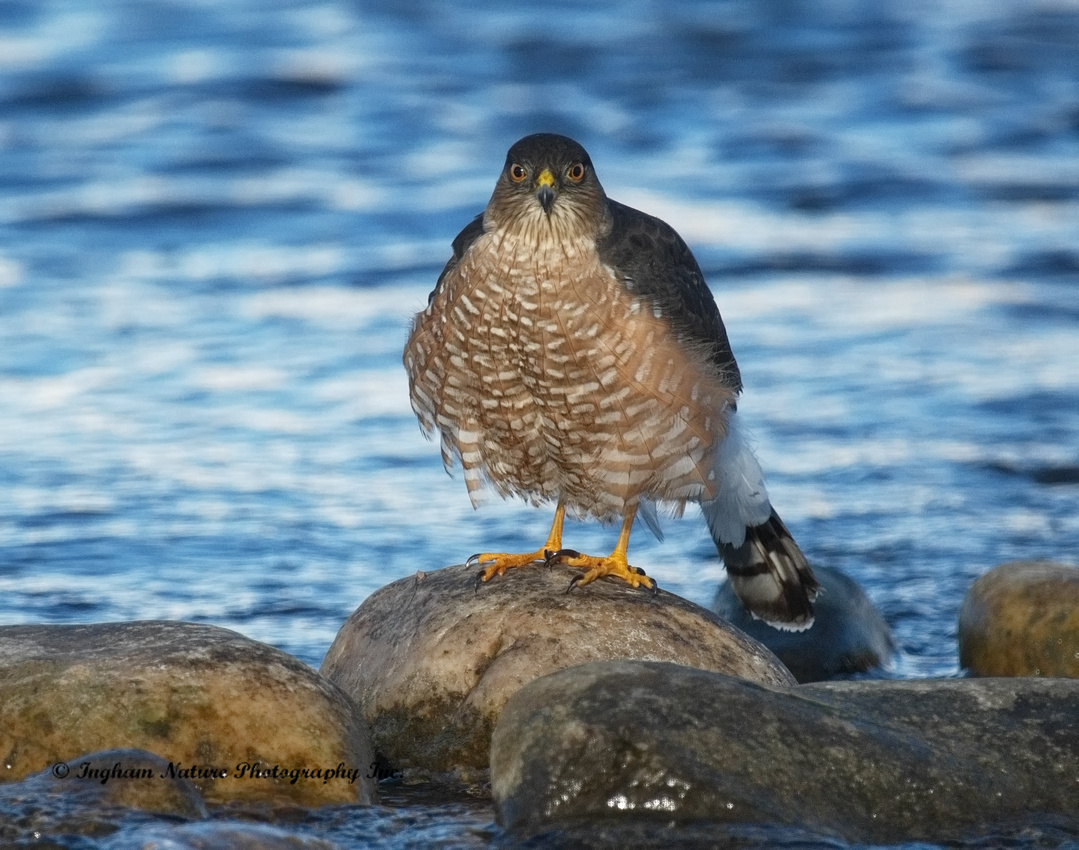 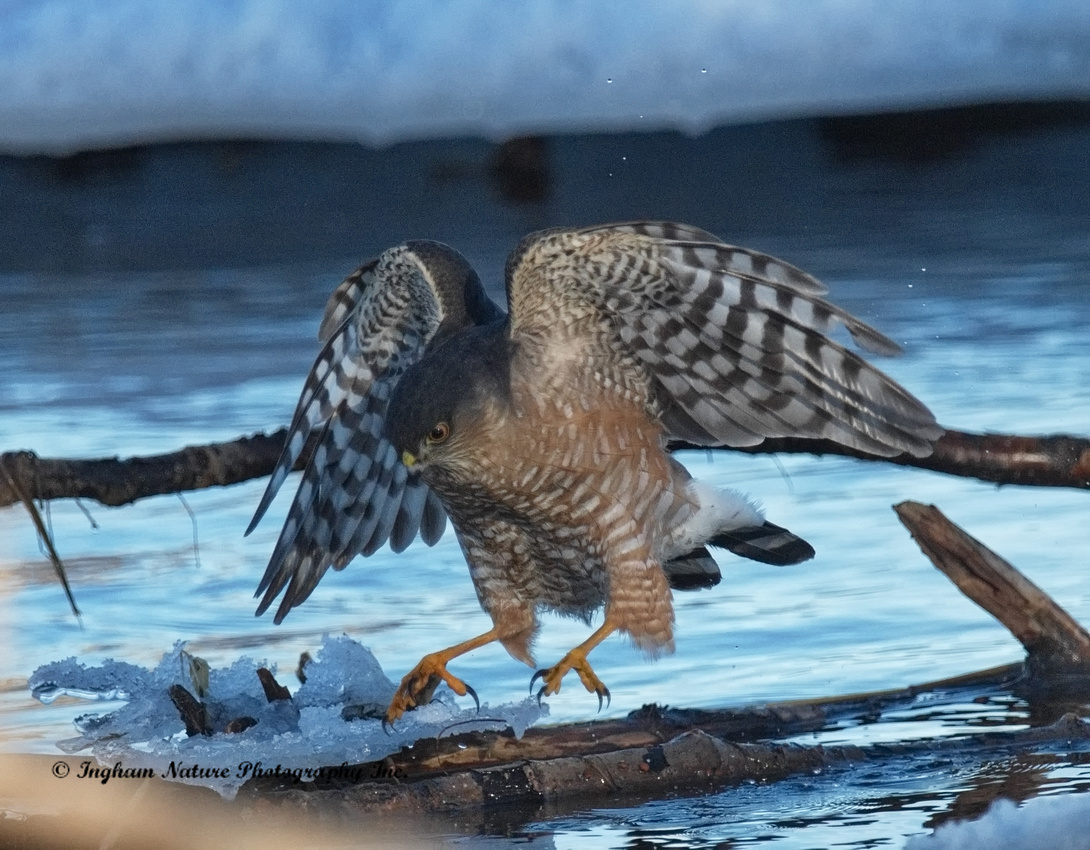