"NO TWO MINKS ARE ALIKE"

It has been some time since I have seen a mink at this location. The female that was there last year and had had three offspring, has not since re-appeared. She may have moved dens or unfortunately has "moved on". :(

So there I was taking in some shade on a very hot day, when all of a sudden (and it always seems they appear from out of no where), this mink appeared. My first thought was "Mink!". My second thought was "What a bruiser!".

As you will see from Photo #1 & Photo #2, this mink is huge (by mink standards). Check out the size of its paws and the width of its tail. From its size, etc. I believe this to be a fully mature male. I have seen young male mink before (their heads seem to be more squat and larger, i.e. not so delicate as the females) but never an adult one.

And he really didn't give a monkey's (i.e. did not care at all) about me. He still followed that "look & scamper" routine but everything was so deliberate. He took his time checking out the spaces between rocks not coming up for long periods of time and then disappearing in to the grassy verge, only to re-appear again. (I did get a lot of views of a south bound mink going north!)

Other than his size, another distinguishing feature was his fishing or rather his hunting habits. He was not interested in the creek or pond in any way and spent all of his time, prowling the thick tall grass beds next to the creek (frustrating if you are trying to get photographs) and searching rock crevices. In fact, he never actually went into the creek once, even though there are fish available. I assume he was on the look out for rodents such as small meadow voles and mice, etc. to satisfy his hunger.

There is a weasel who frequents the area as well, who likes to pop up occasionally and we play the game of who is going to make the first move. I always lose.  It's one thing to have a mink fishing in your territory, it's another if he is helping himself to your pantry. That might wipe that weasel smirk from its adorable little face :)! 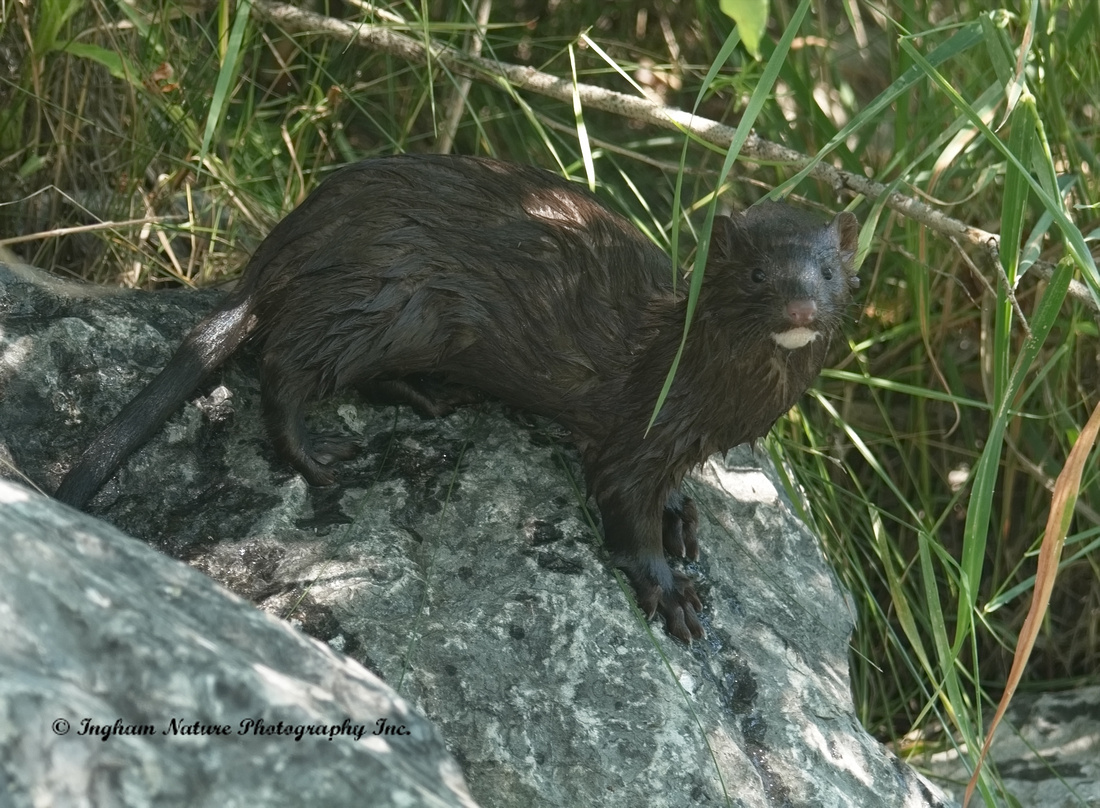 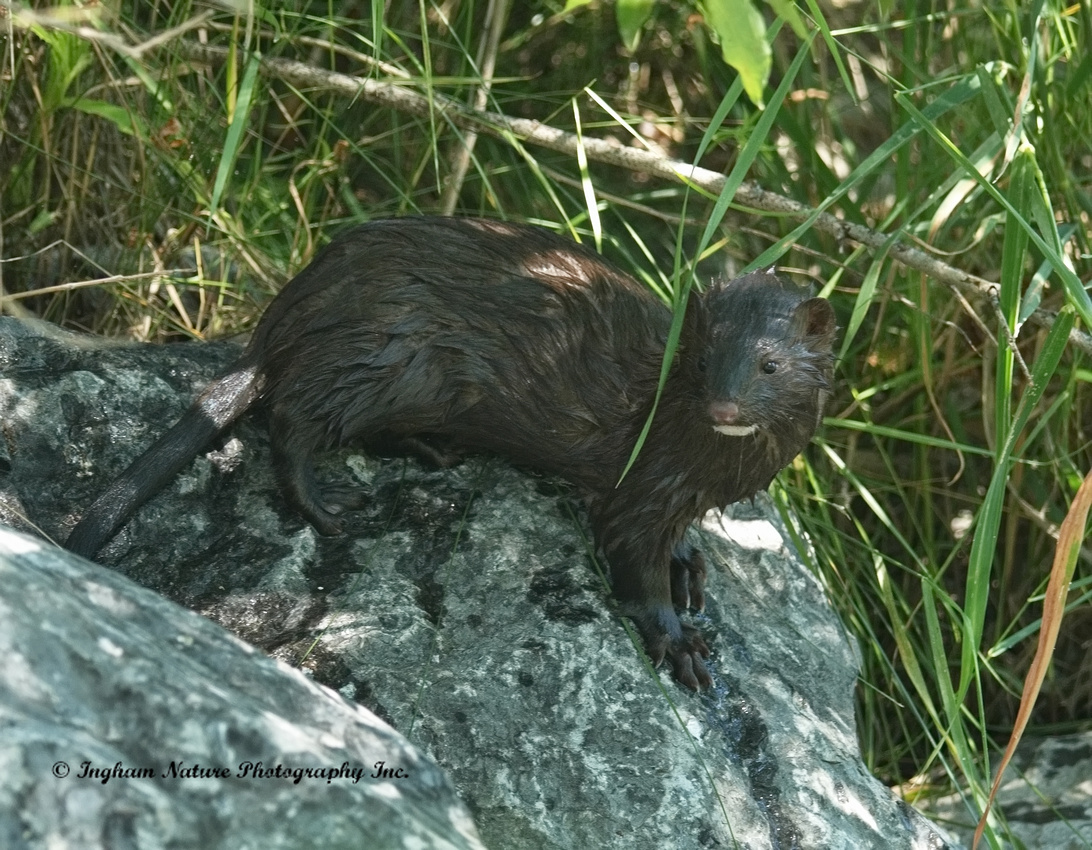 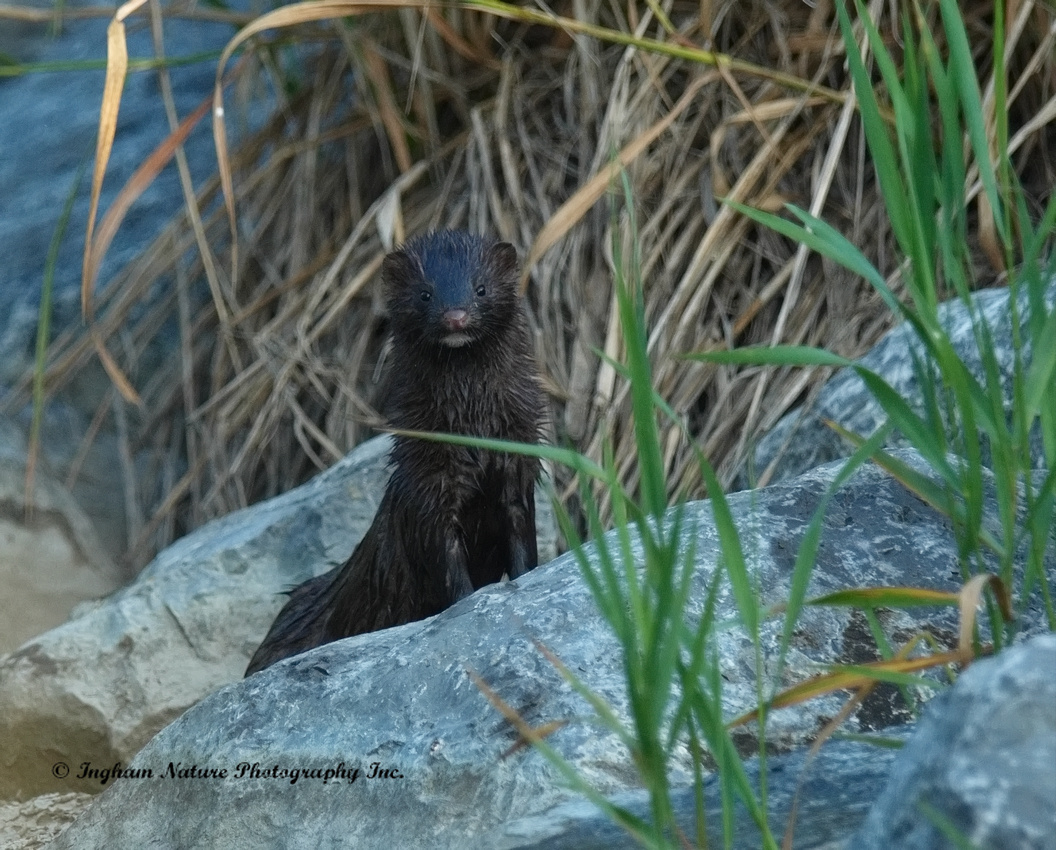 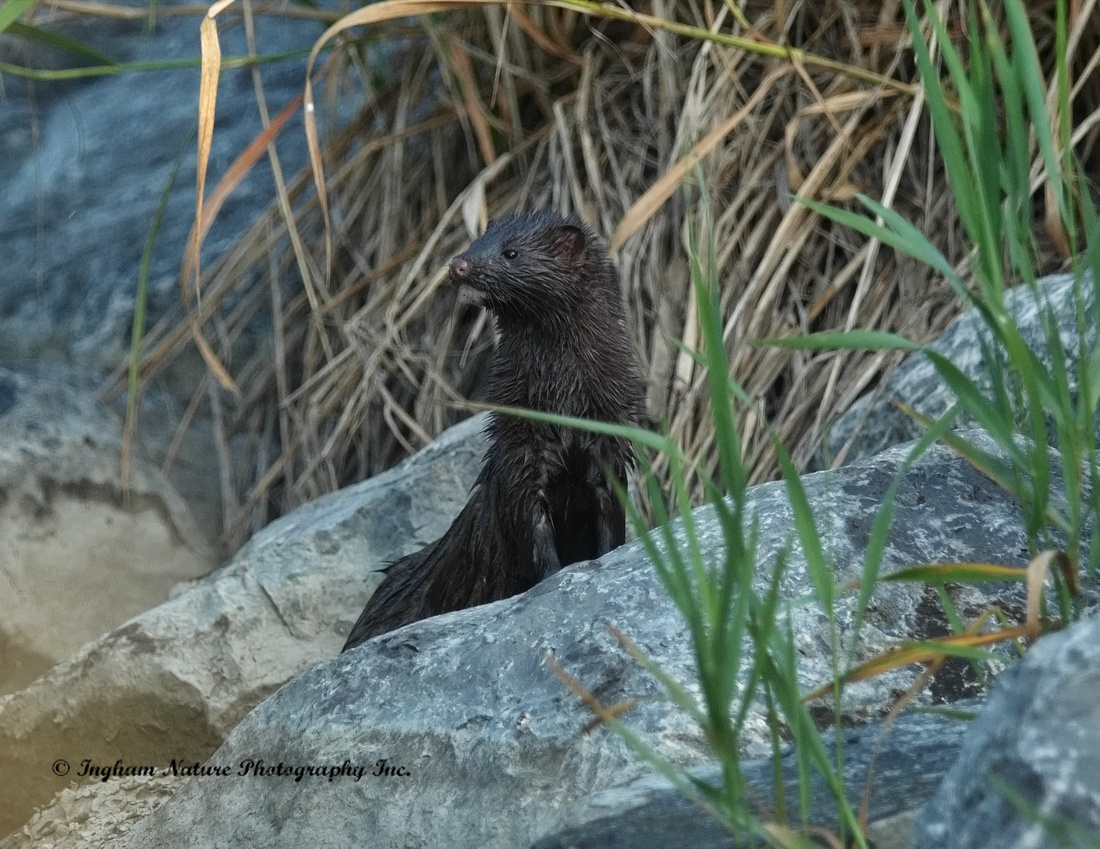 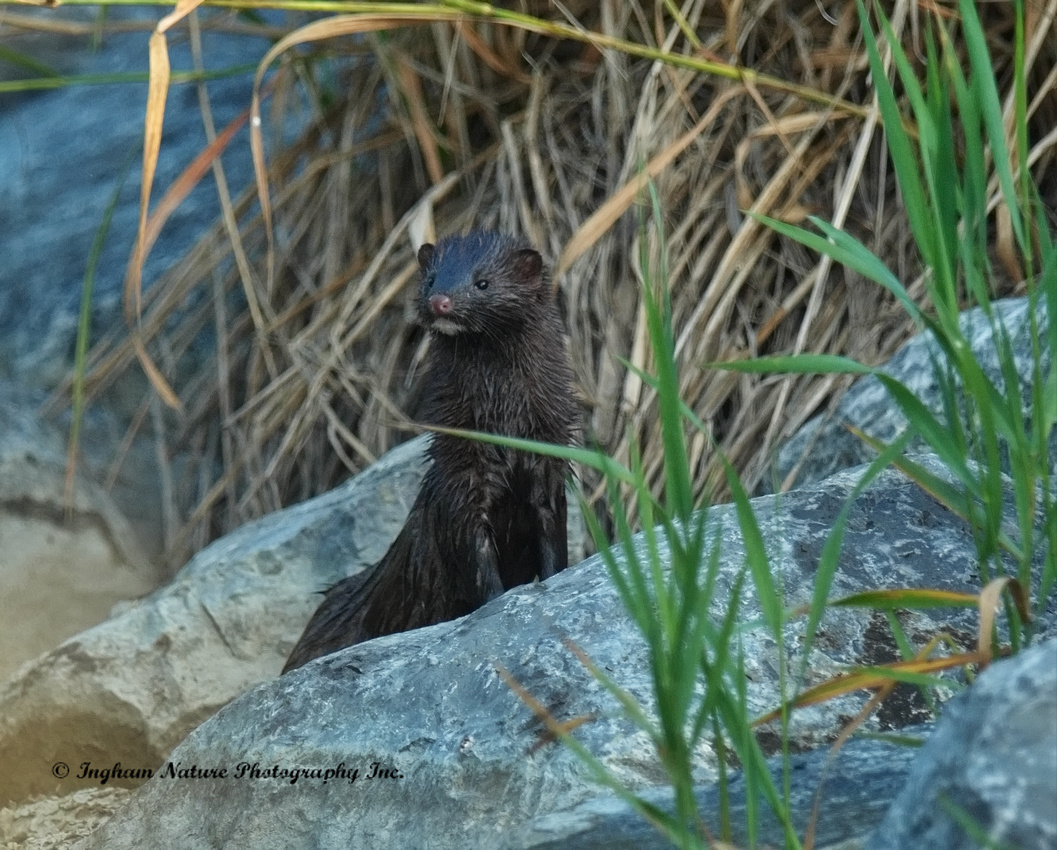 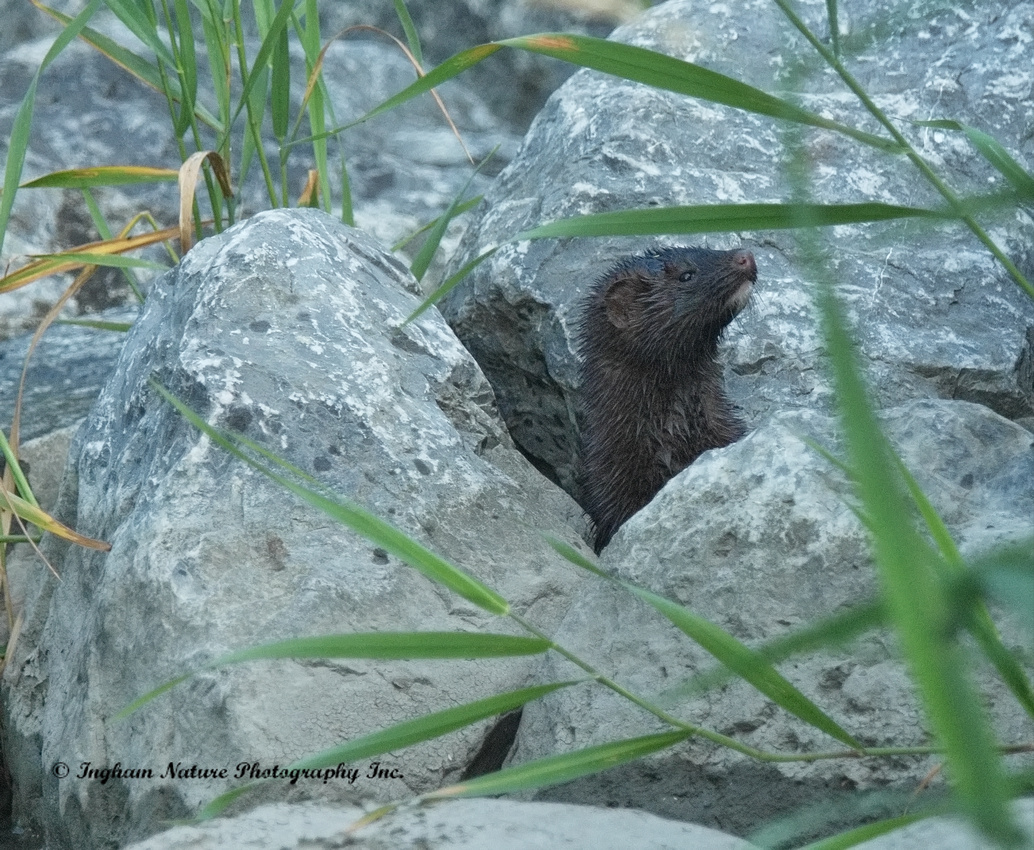