A definition of "iridescent" is "having or showing a shifting change in colour or an interplay of rainbow like colours, as when seen from different angles".

In simpler terms, light magic with a touch of illusion.

The White-Faced Ibis is not the only bird that has this quality but because of its size and amount of feathering, it certainly take iridescent to another dimension. (Oh and there is a question regarding Photo #8!) 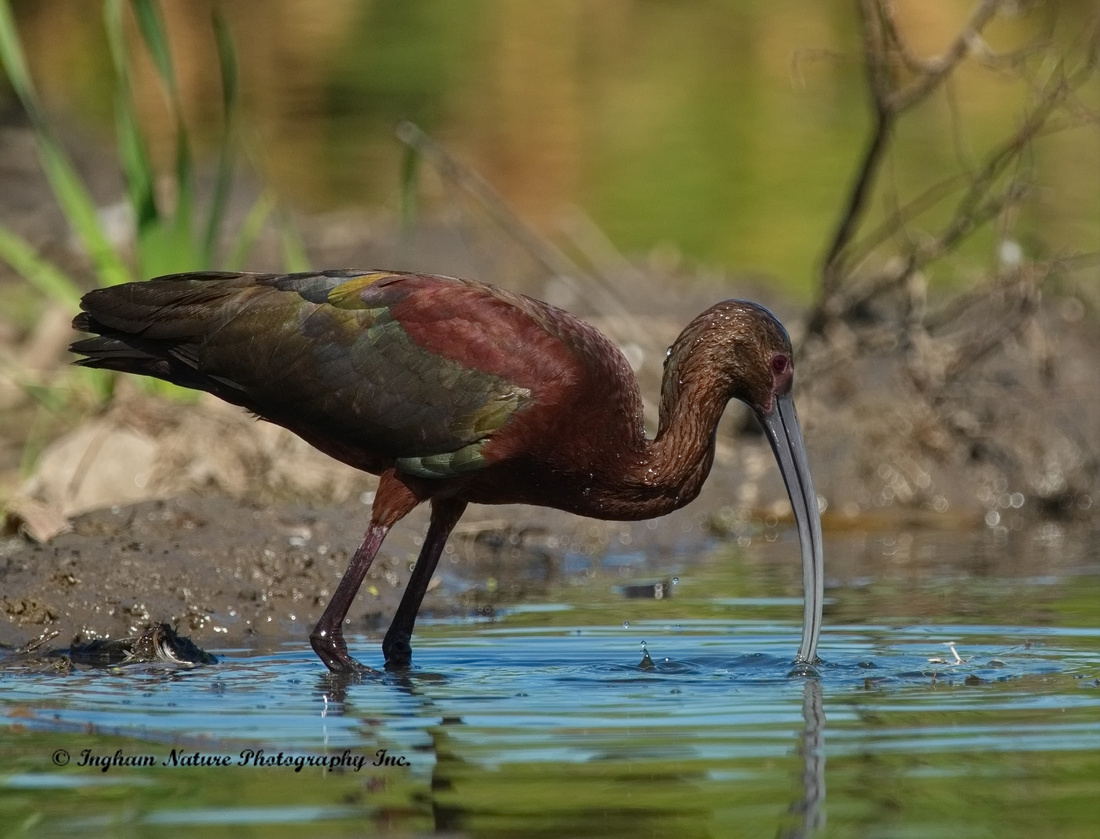 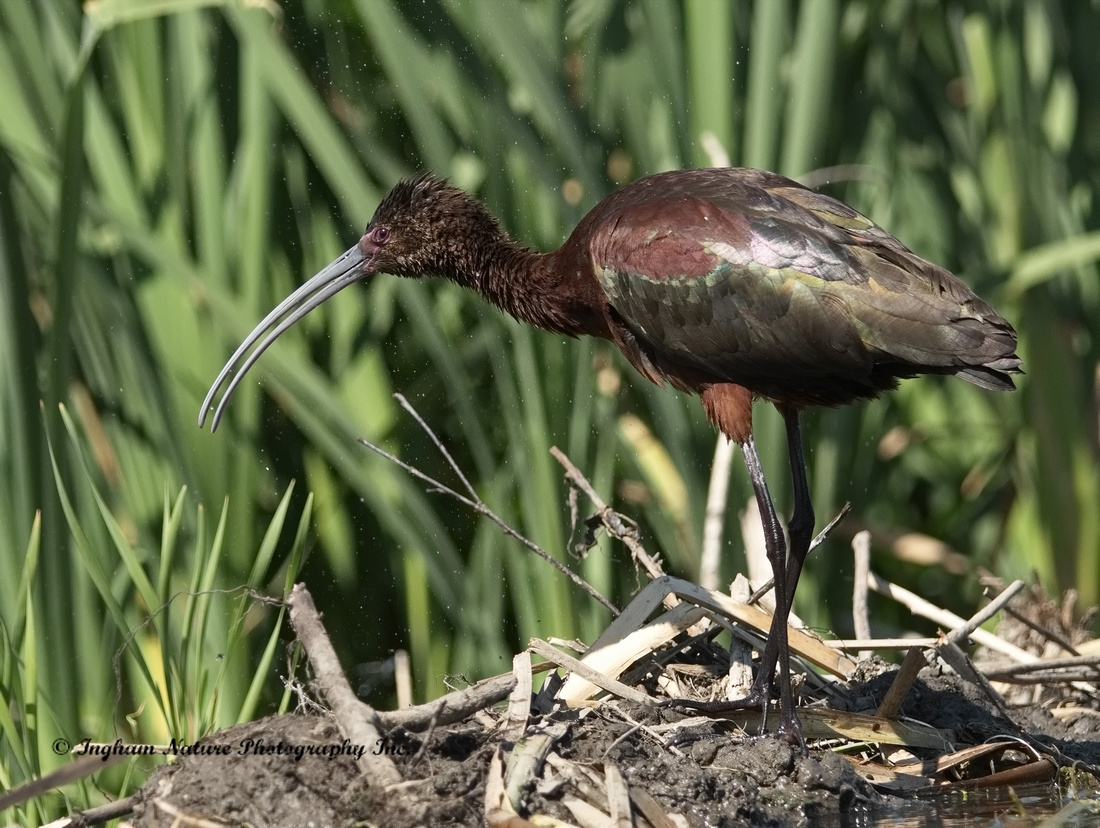 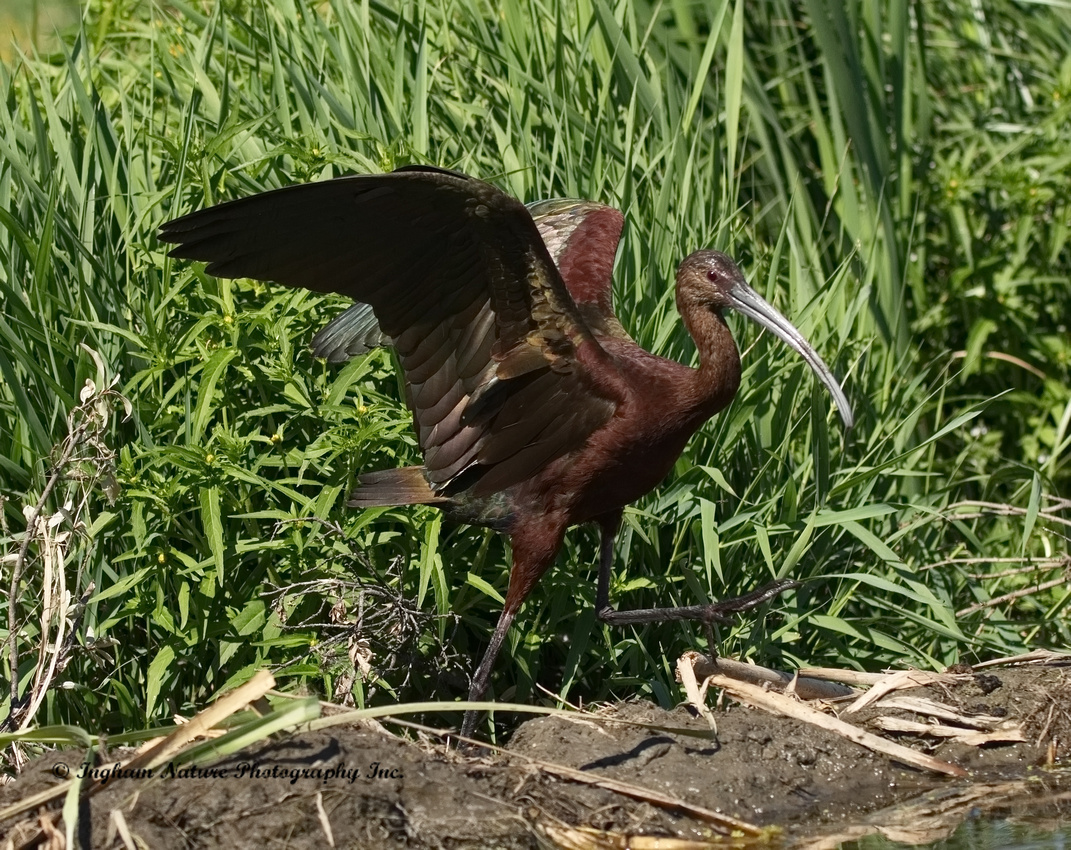 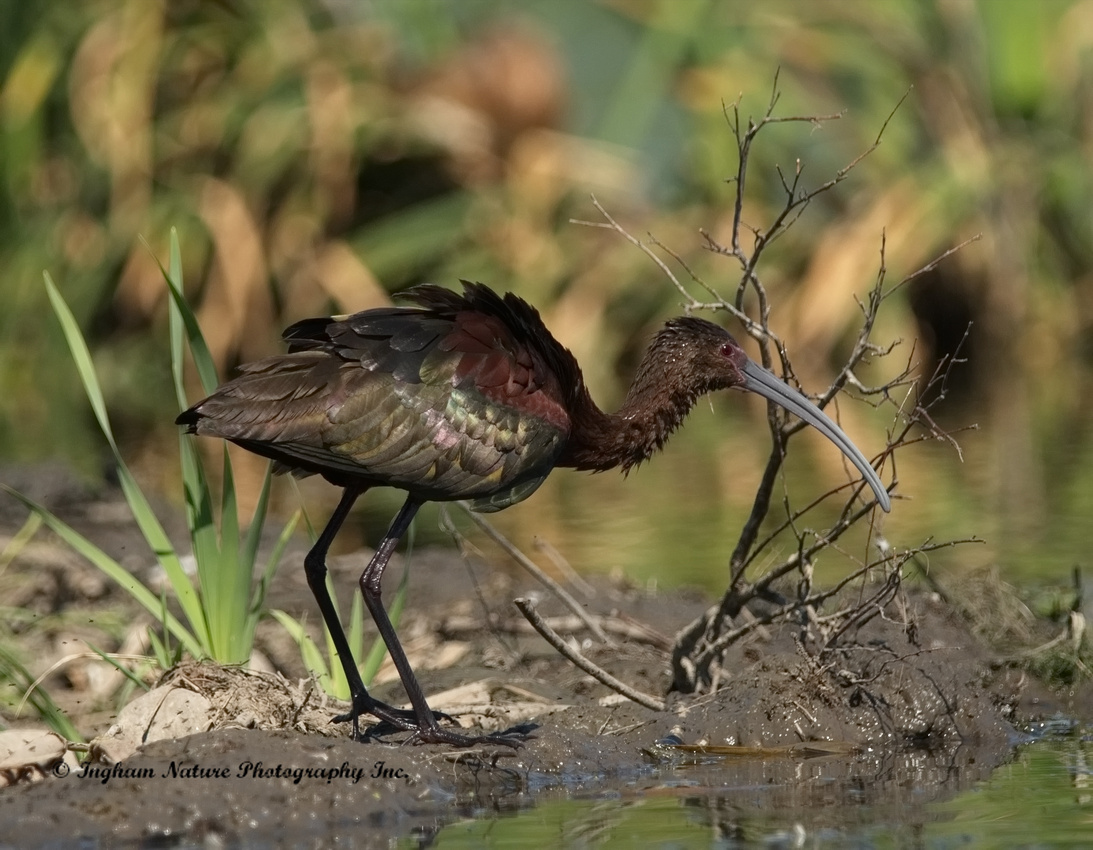 PHOTO #8 - "BILLS AT 10 PACES" - (Is it my imagination or is this Mallard's bill unusually large??) My question was answered by a well versed naturalist. Not a Mallard but an immature female Northern Shoveler! :) 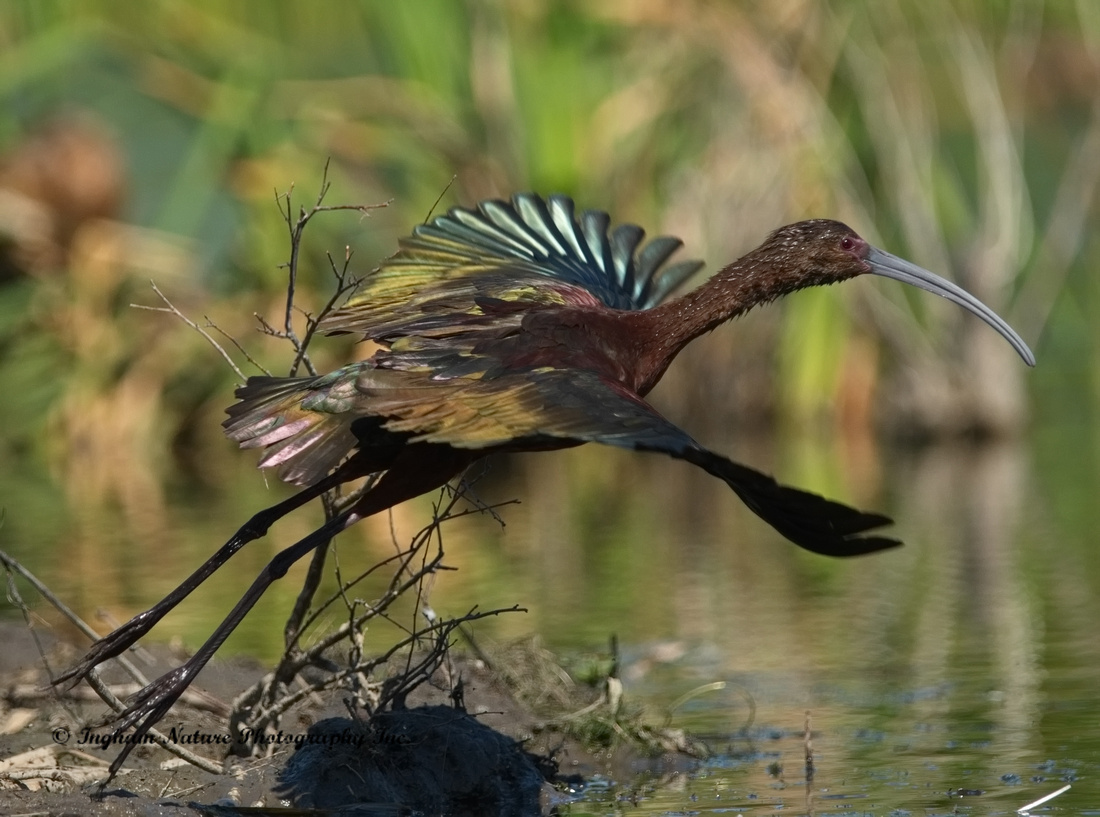