"BEHIND THE GREEN CURTAIN"

Behind the "Green Curtain" is, of course, behind the rushes & sedges, etc. of marshes & creeks.

I took the Hooded Merganser to be a female Mallard Duck at first, as it was in the shadows of the marsh. Once it swam out into open water, those crested feathers became more self-evident. (I always think they resemble an alien head!)

There were at least two in this area, perhaps one more. (Photos #1 through #4)

The Northern Waterthrush flew into a creek area and was generous enough to perch, free & clear, on a large boulder. It wasn't there for long, enough to do that odd teetering behaviour where it bobs the bottom half of its body up and down. I had seen a Waterthrush last year about this time, so assume it is on its migratory path south to allow ample time for such a little bird, before the weather changes. (Photos #5 through #7) 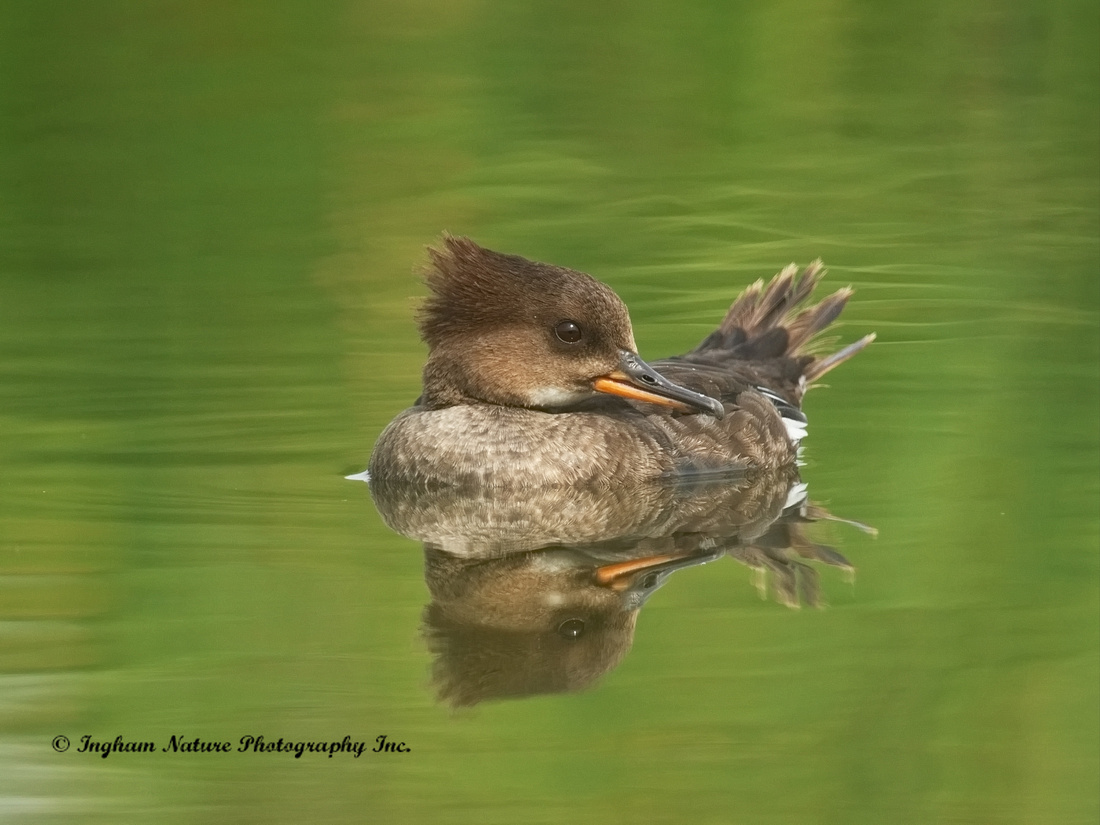 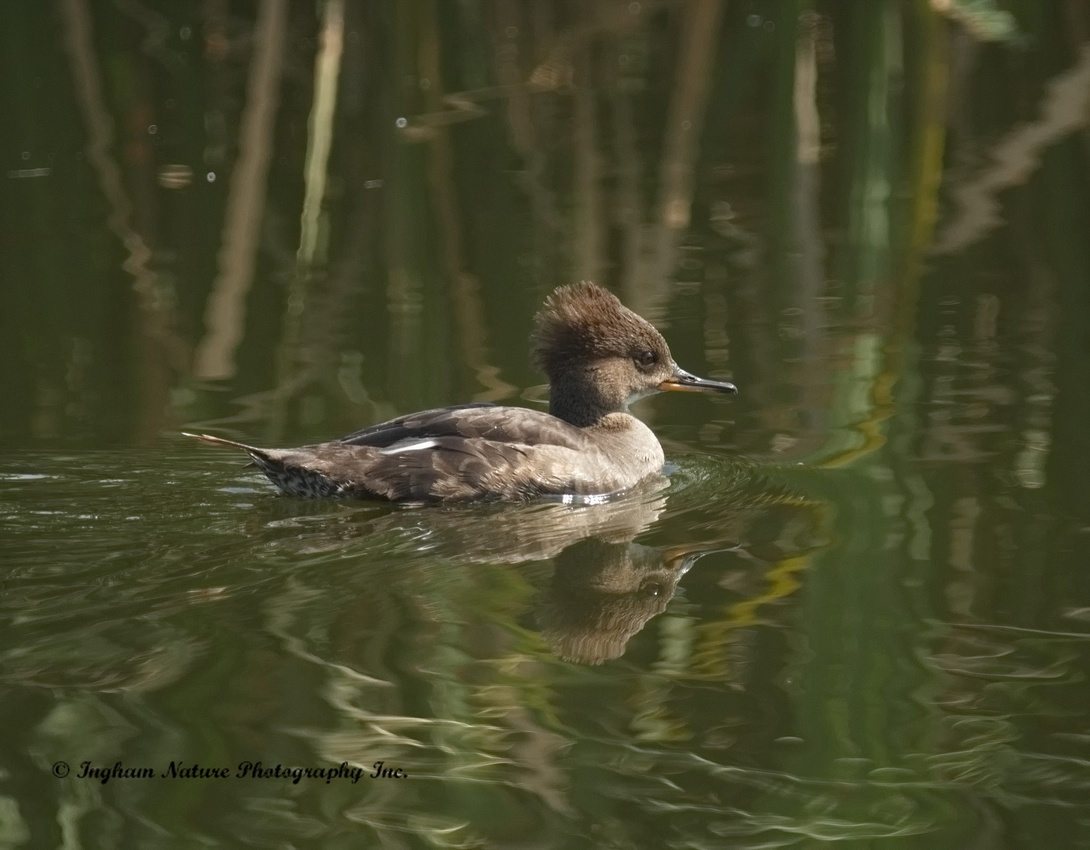 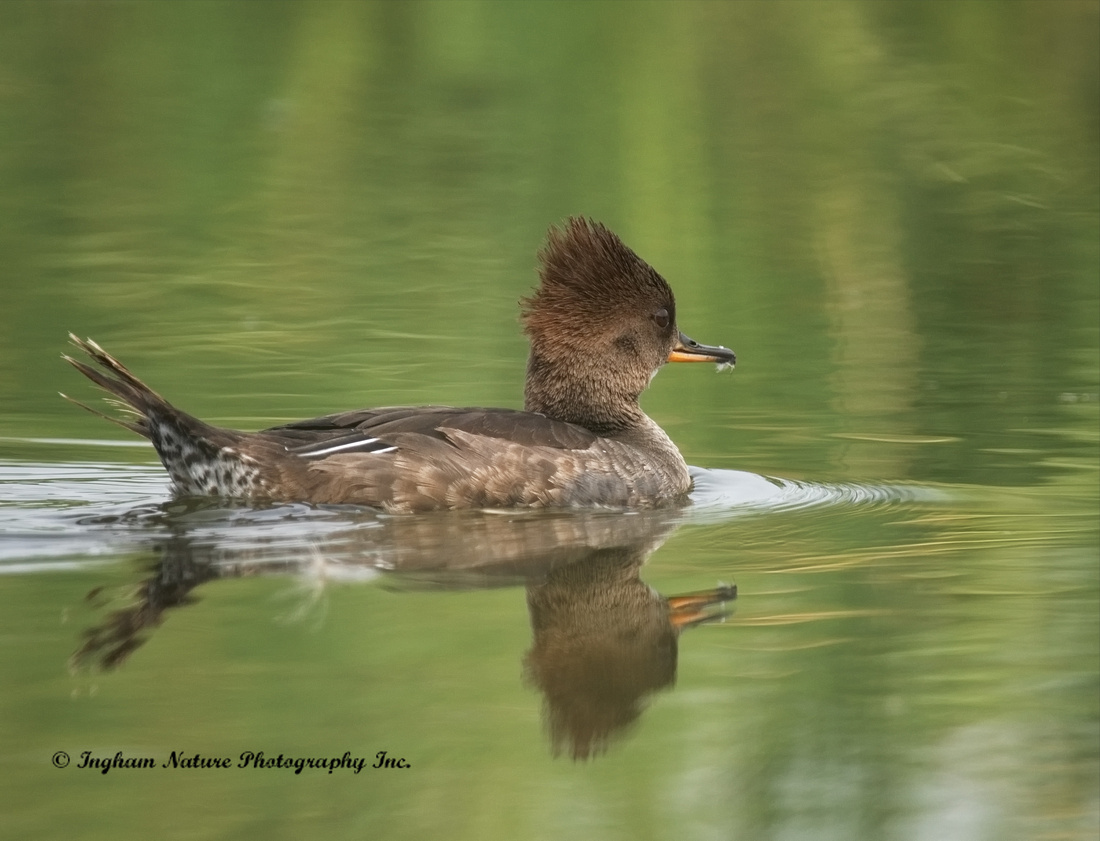 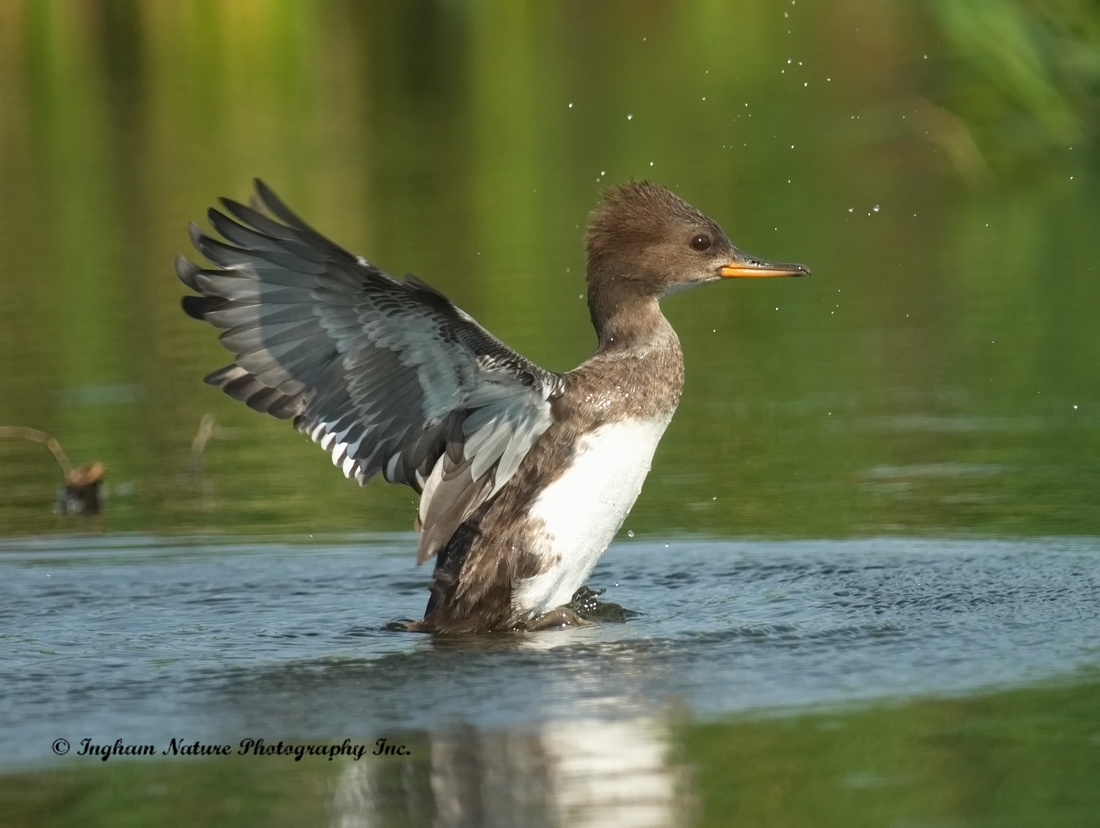 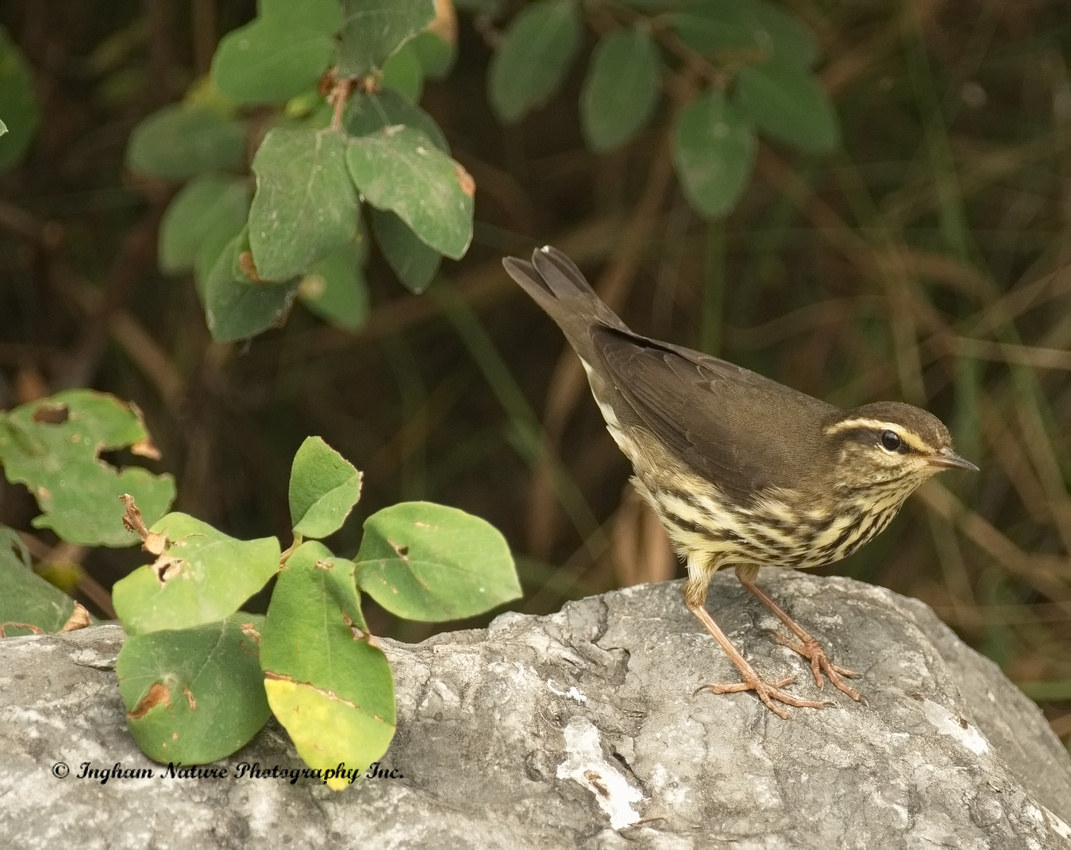 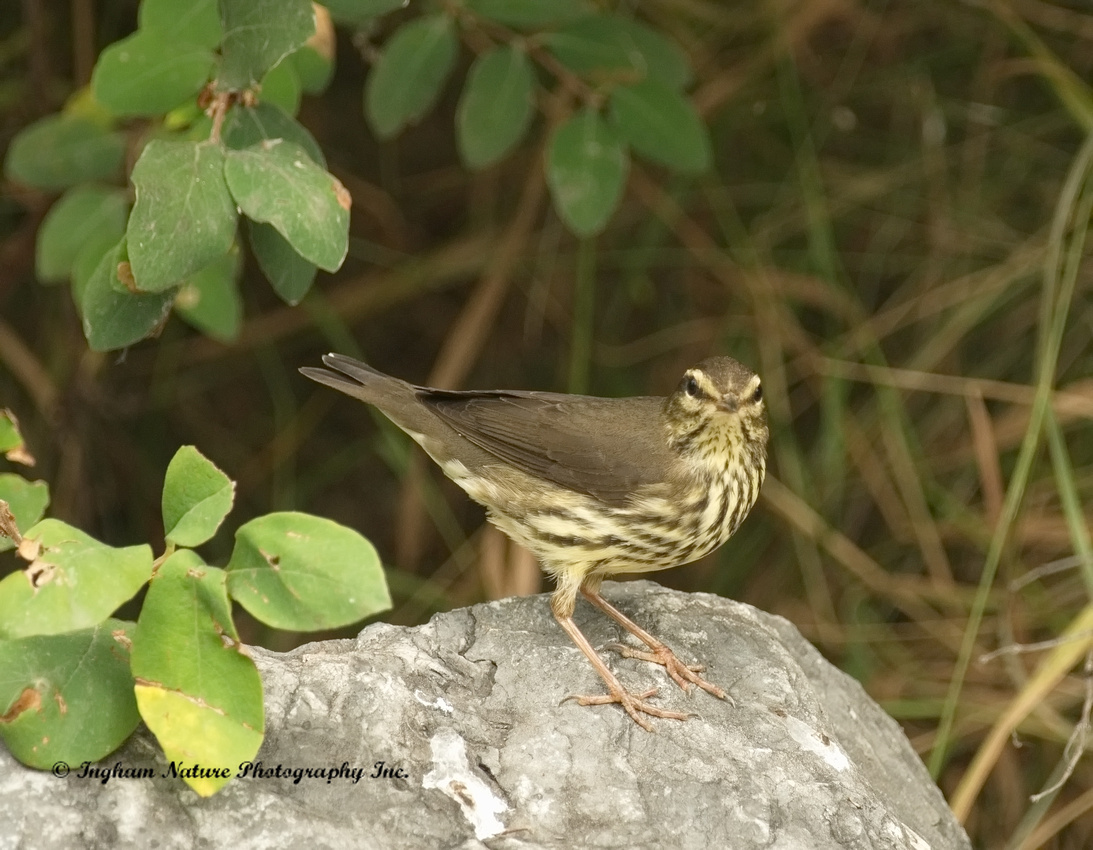 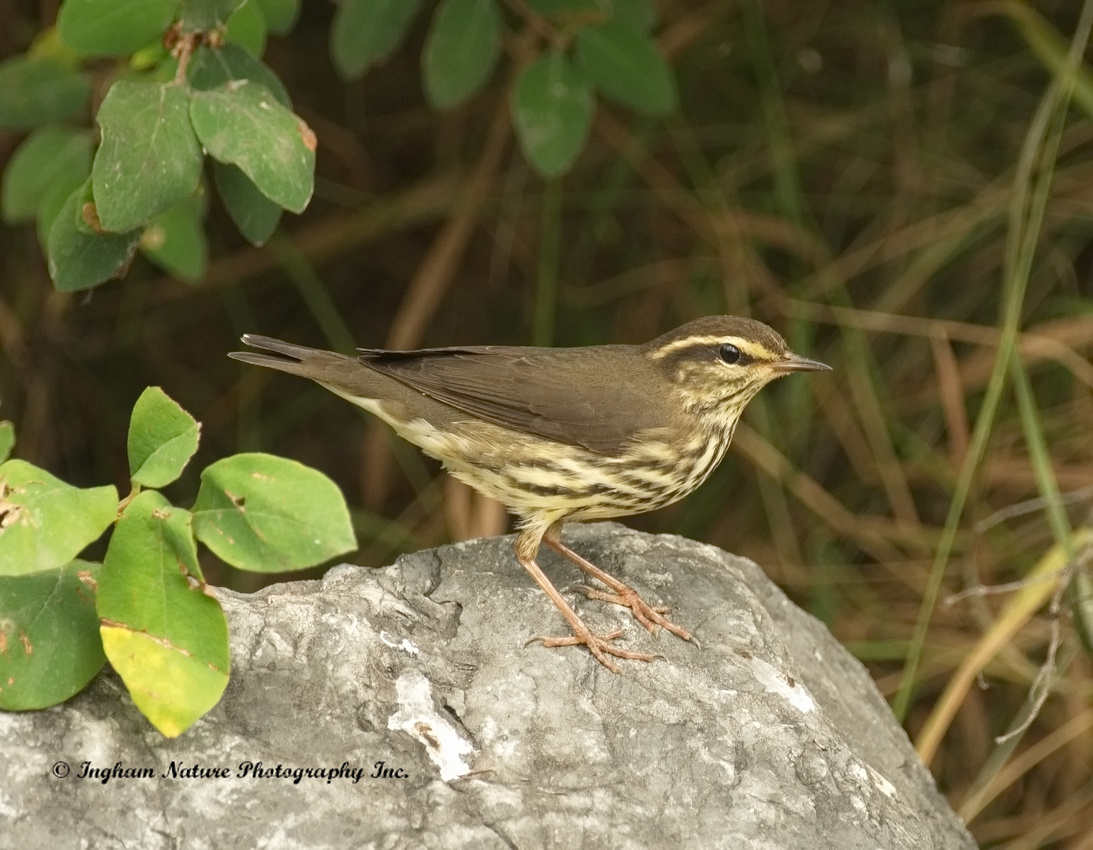