"OUT OF ALBERTA" - White Faced Ibis

"OUT OF AFRICA ALBERTA"

Even though White Faced Ibis are only found in the Americas, the "ibis" always reminds me of Africa.

The area where these ibis were found is extremely dense in rushes. For all anyone knows, there could be at least a dozen or so ibises in the tall foliage but I could only gauge by the comings and goings of two or three. And then it is a matter of waiting to see if one walks out into a clearing to feed. Then you have to find them with the camera. Not as easy as you would think. For all their vibrancy, they actually blend in extremely well with their surroundings and their movements are slow and deliberate.

The colours in the following set of photos are even more intense than those that appeared in the July 5, 2022 blog "A BIRD OF MANY COLOURS". Those photos were taken mid-morning, while these were taken mid-afternoon, in full sun. As you can see, the iridescence of the ibis's feathers becomes even greater, probably due to the sun's rays.

And throw in two shots of the ibis in flight and my afternoon was complete! :) 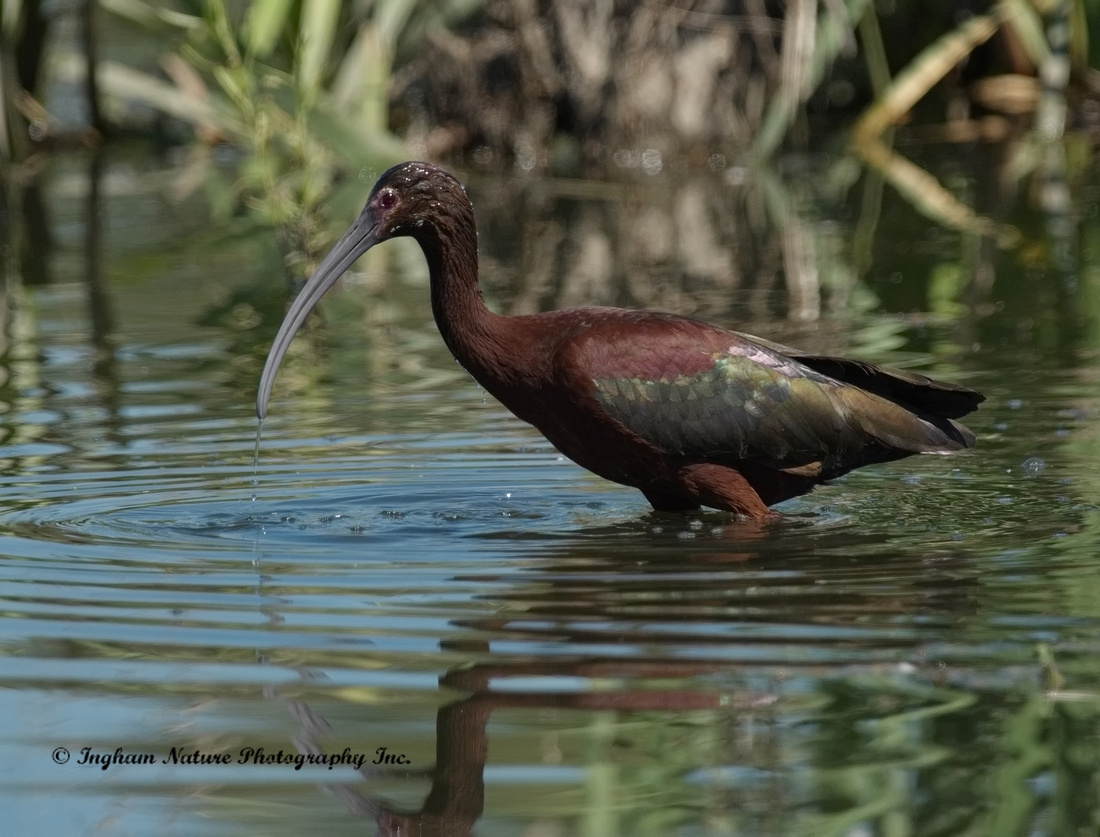 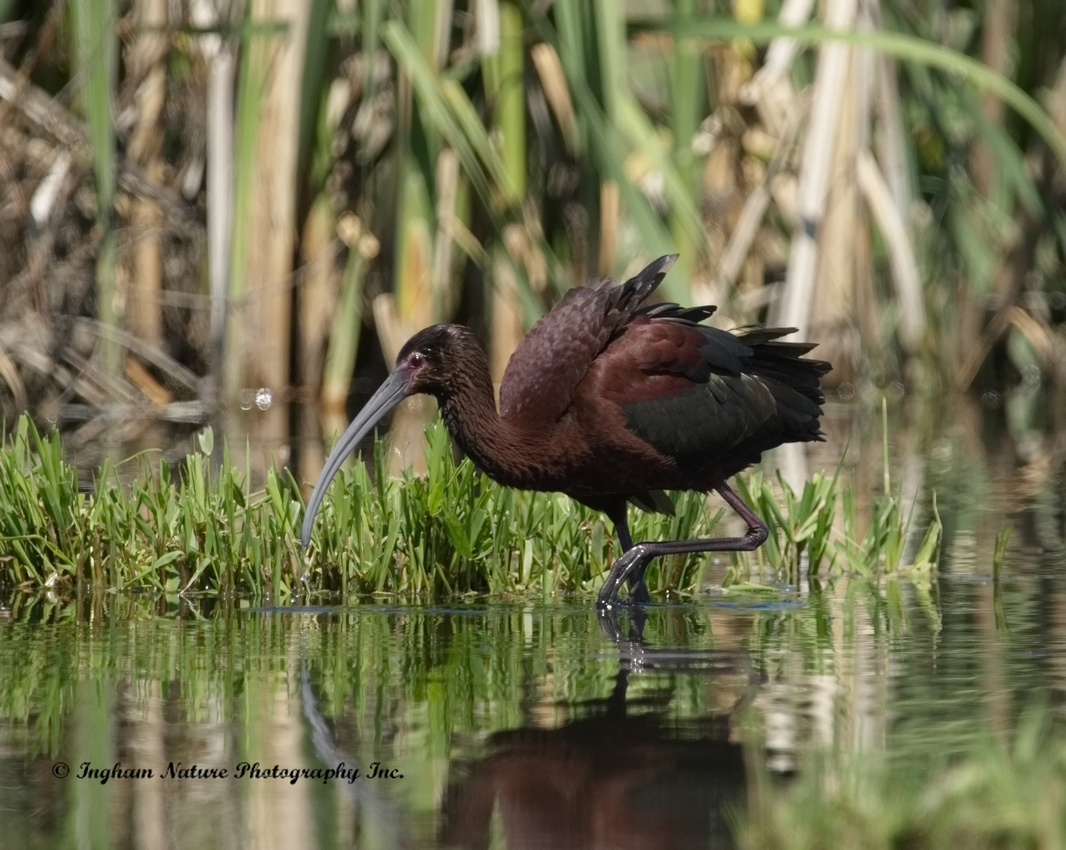 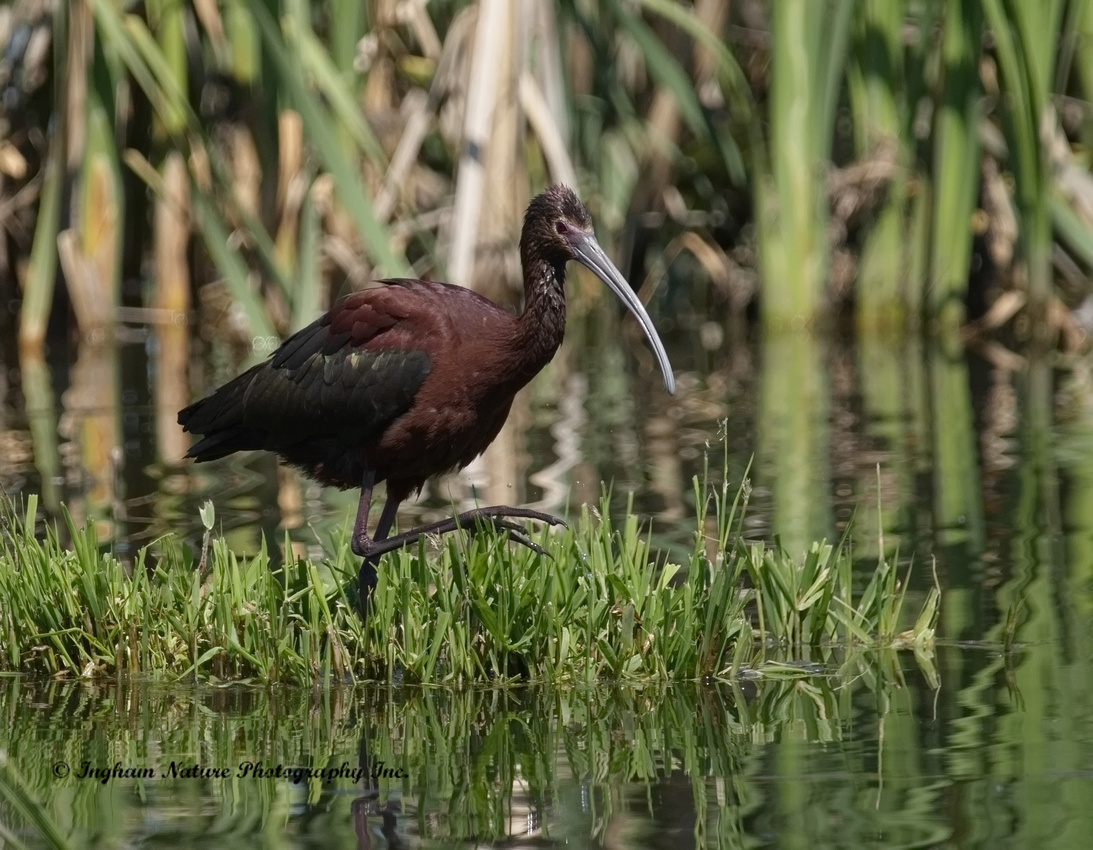 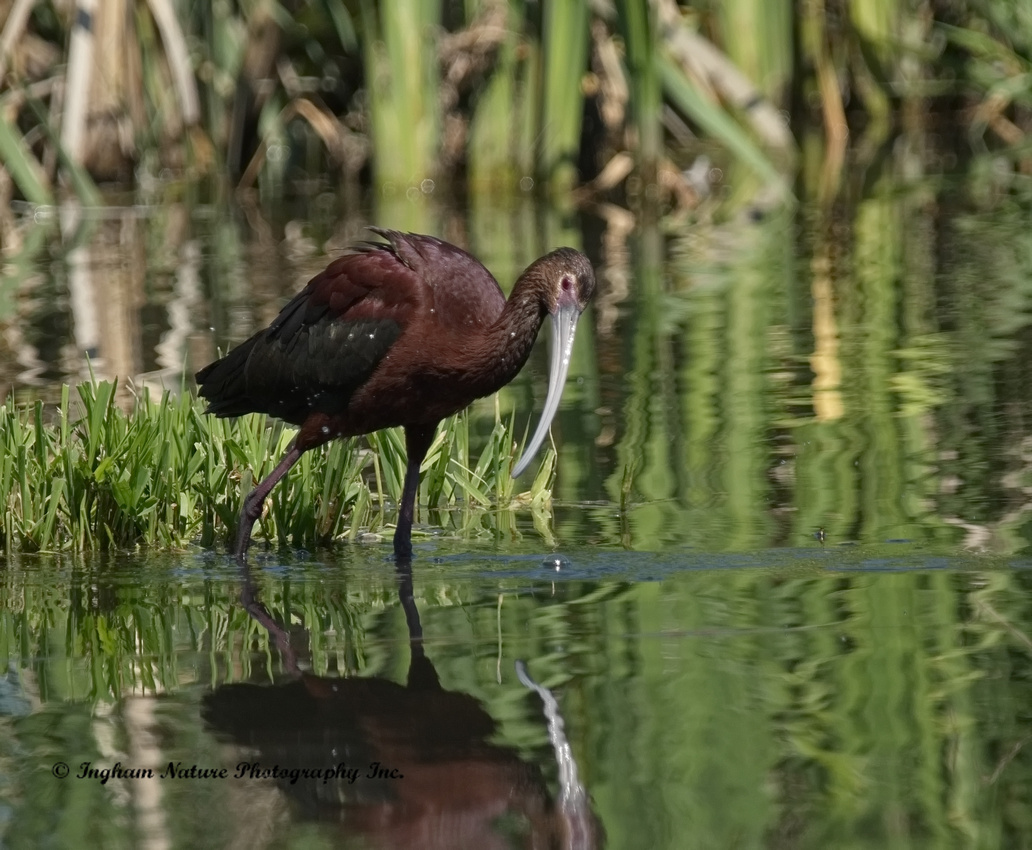 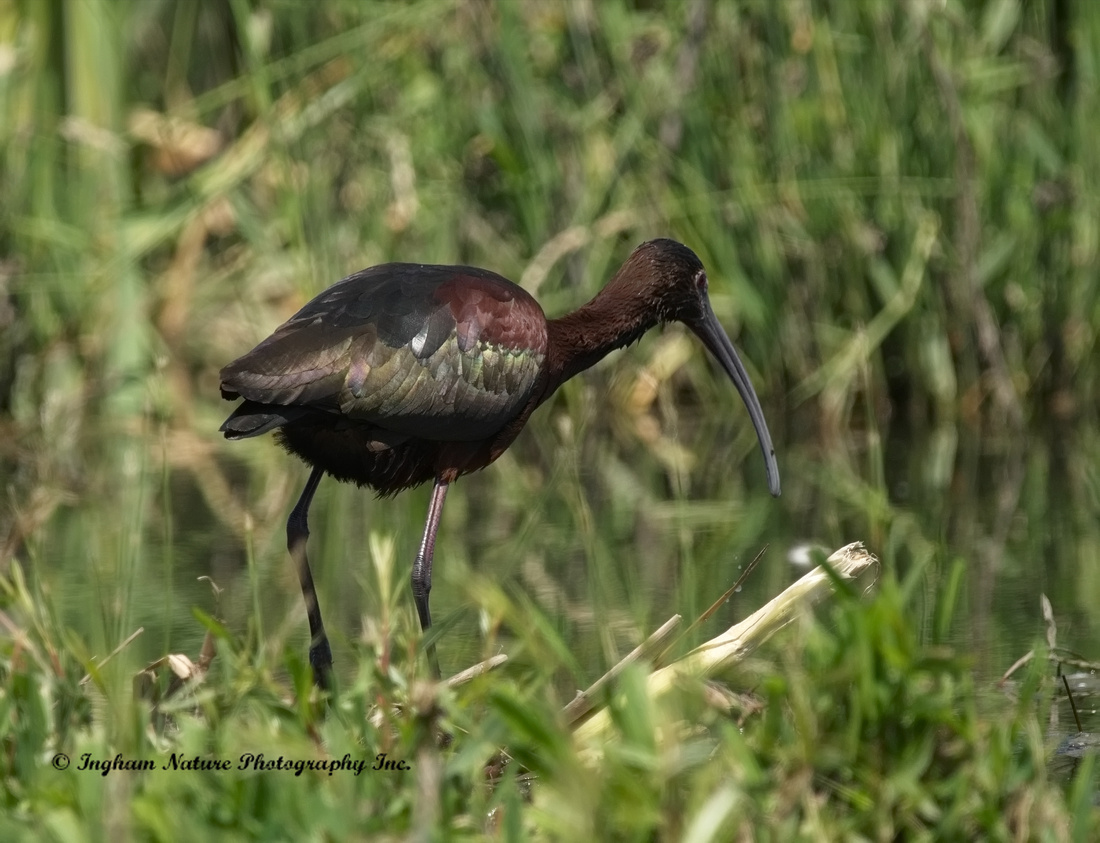 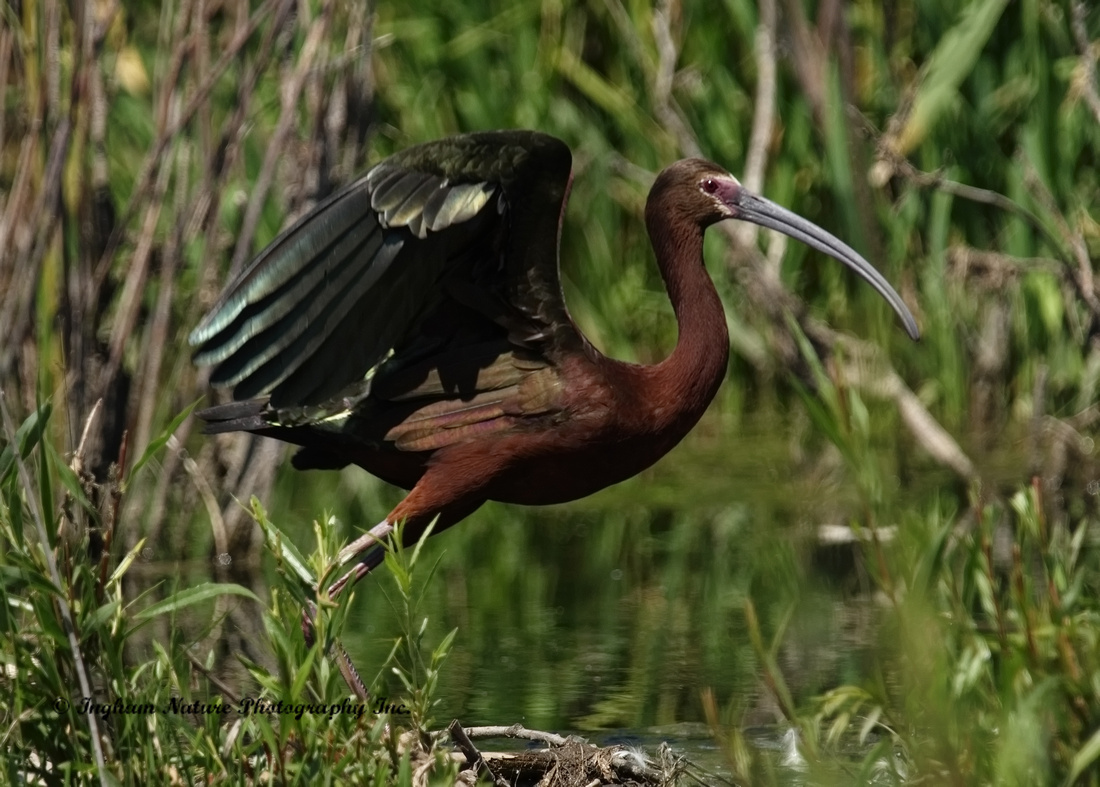 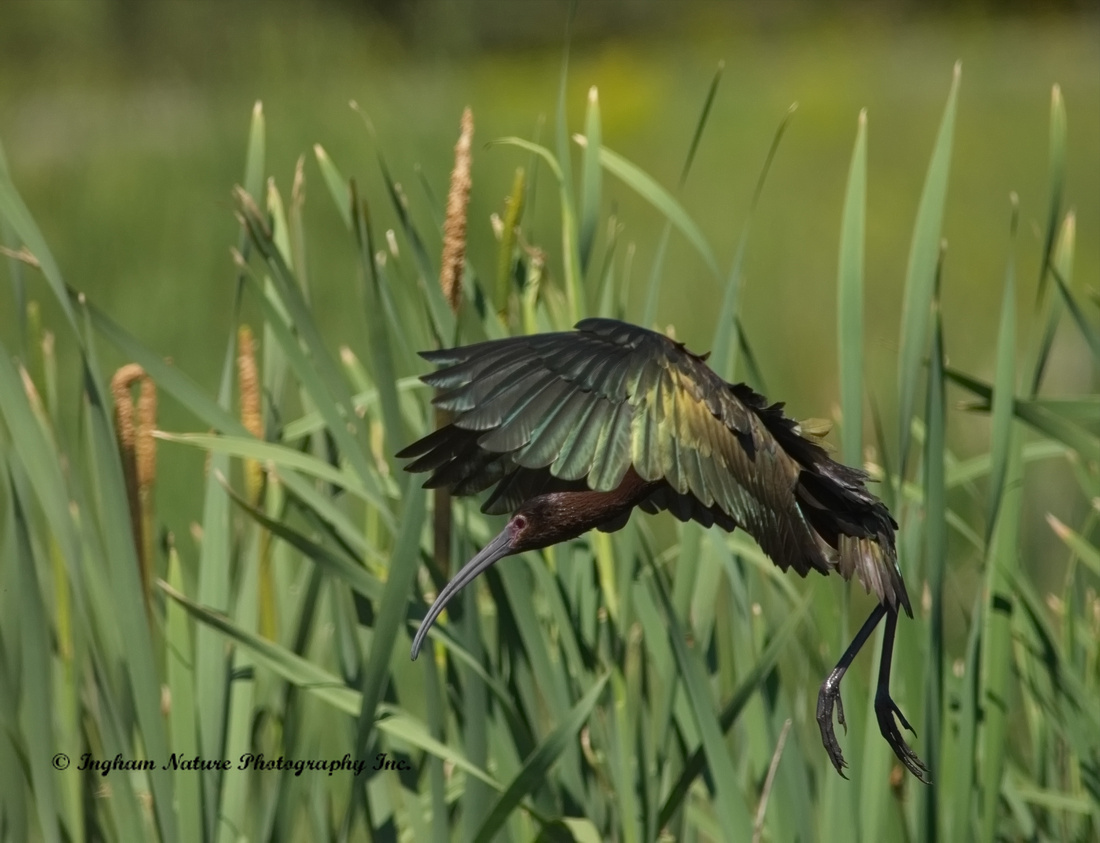 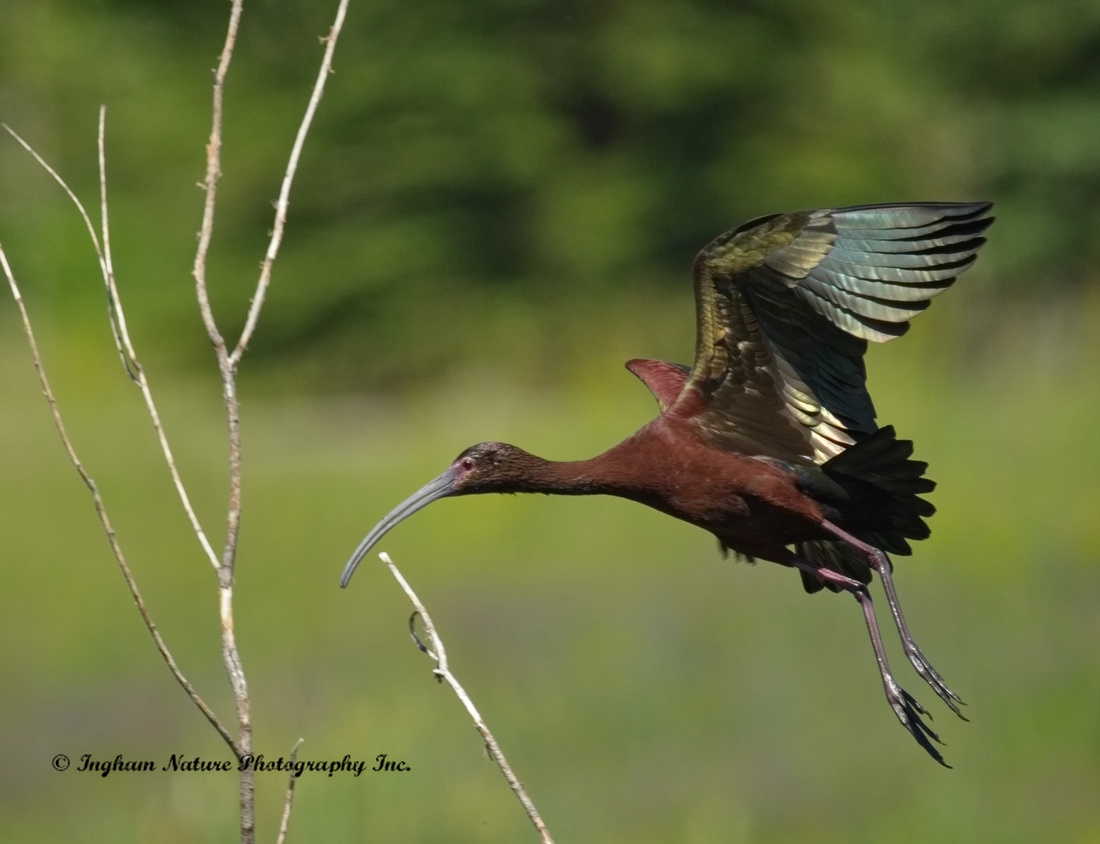