Having taken refuge in the car mid day, I waited out the 40 minute thundershower.

As soon as the rain stopped and the blue skies returned (with white puffy clouds), I headed out to see how the Great Horned Owl family had faired in the wet weather. The three were in close proximity to each other, with the owlet on a low branch, drying out.

Unlike the previous week when a brief shower had occurred and the little owlet had screeched at its mother until the light rain had stopped (it lasted only 10 minutes), this time the little one appeared to be comfortable with its lot in life. (Perhaps Mum had explained there are no umbrellas in Nature, except for the natural canopy of leaves.)

And then we had the owlet equivalent of the wet dog shake, attempting to remove as much of the water from its feathers as possible (Photos #1 through 5). Those little spots around the owl are the water droplets. Then it was a brief spell in the Spring sunshine to help in the process. You just have to admire those fluffy underpants! :)

And was the drying process successful? Well the little one managed a brief flight (Photo #6 and Photo #7). Owls fly, of course, in complete silence which makes their predatory skills even more acute. Unfortunately, there is a trade-off - water, the owls' kryptonite, which is why it was so important for this owlet to remove as much water from the feathers before attempting to leave the branch. 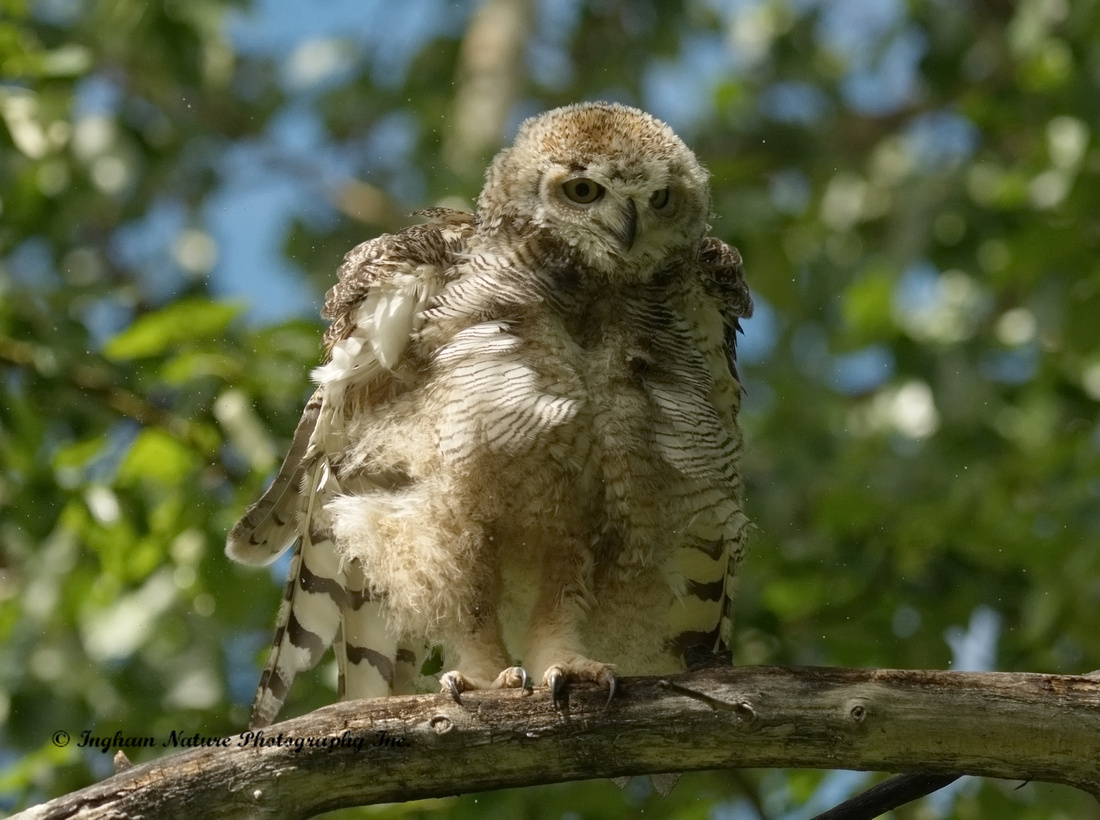 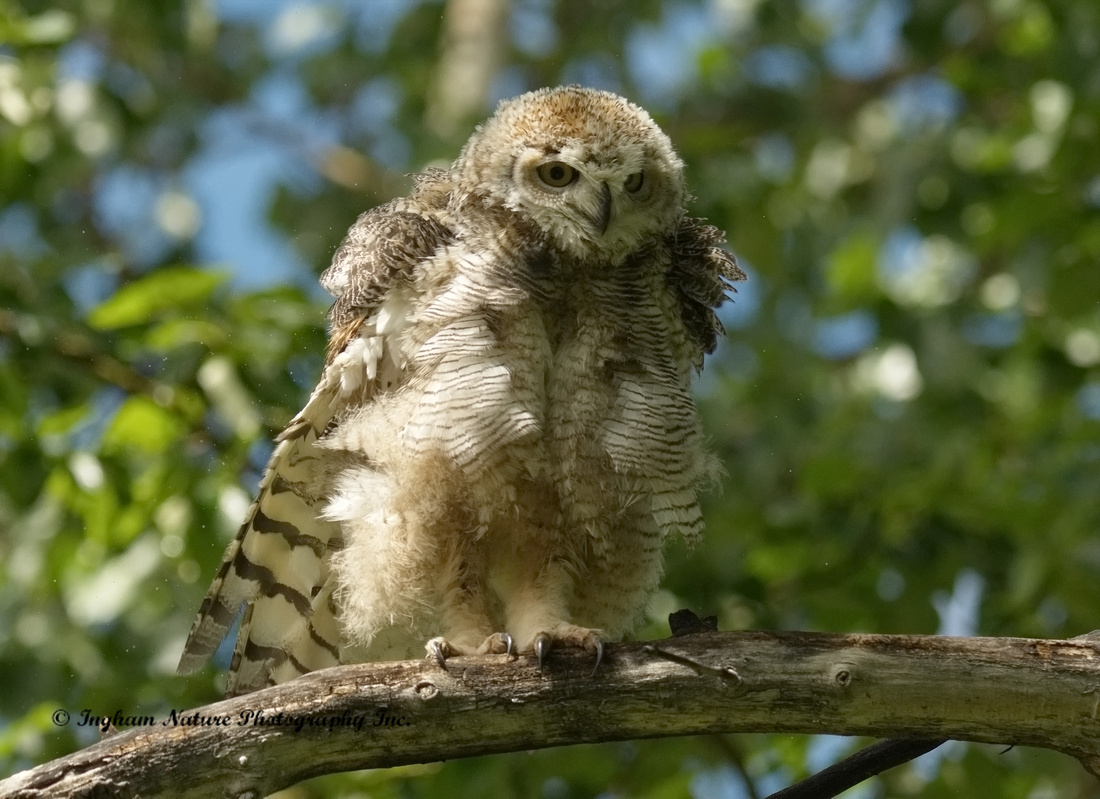 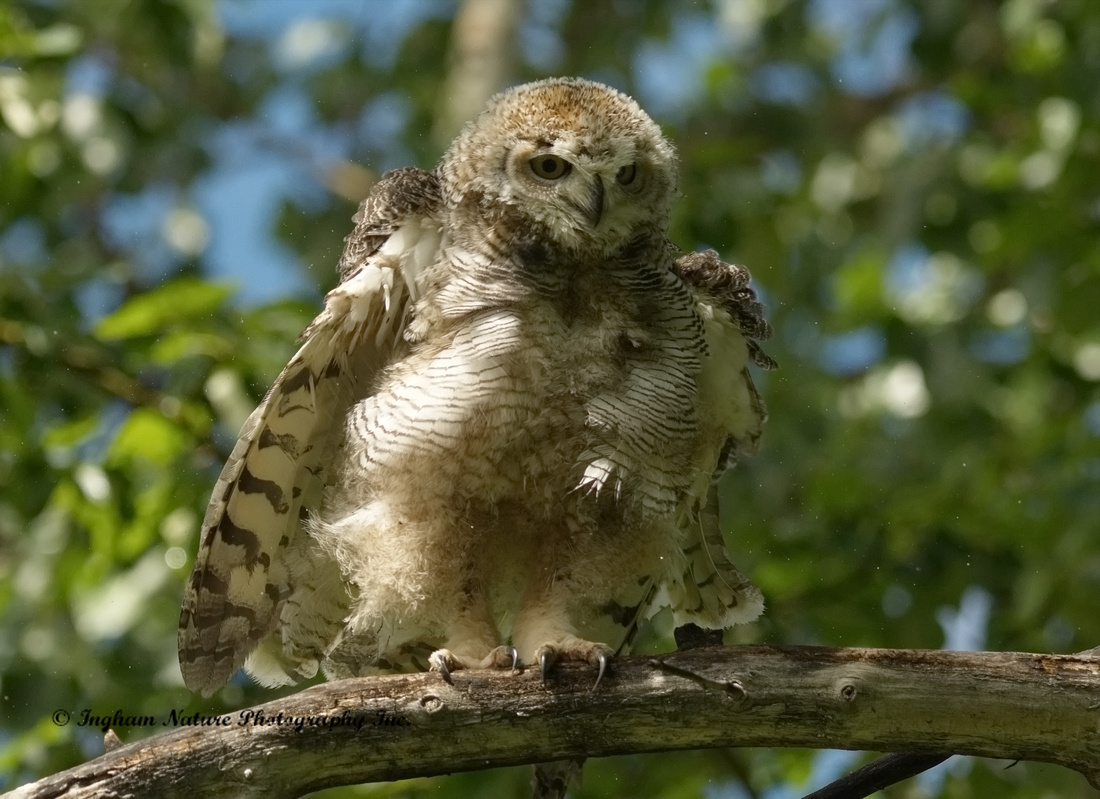 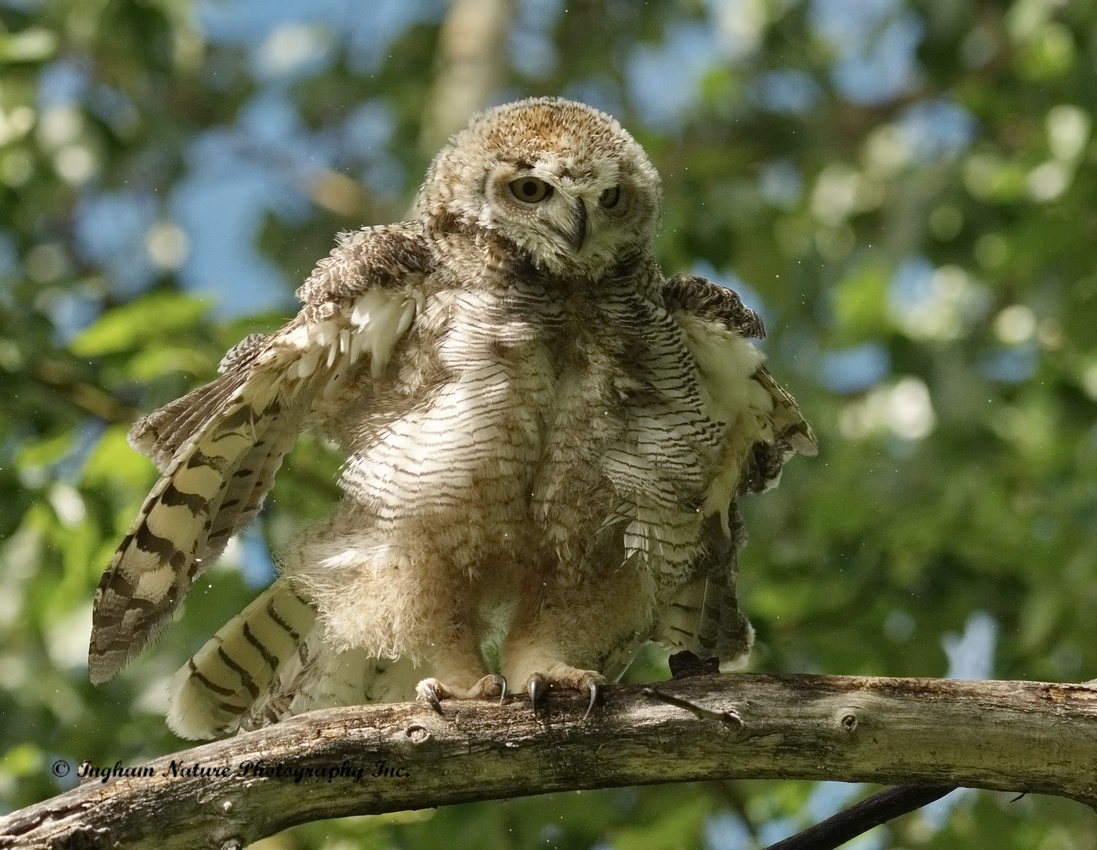 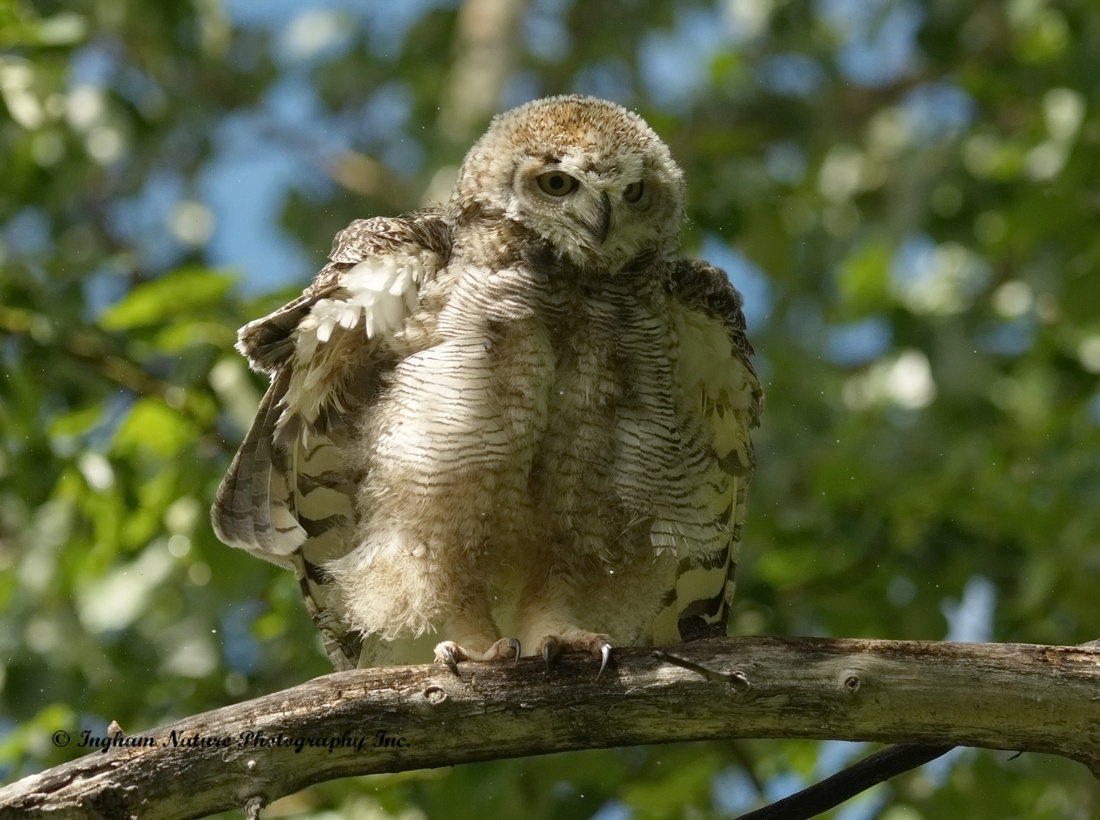 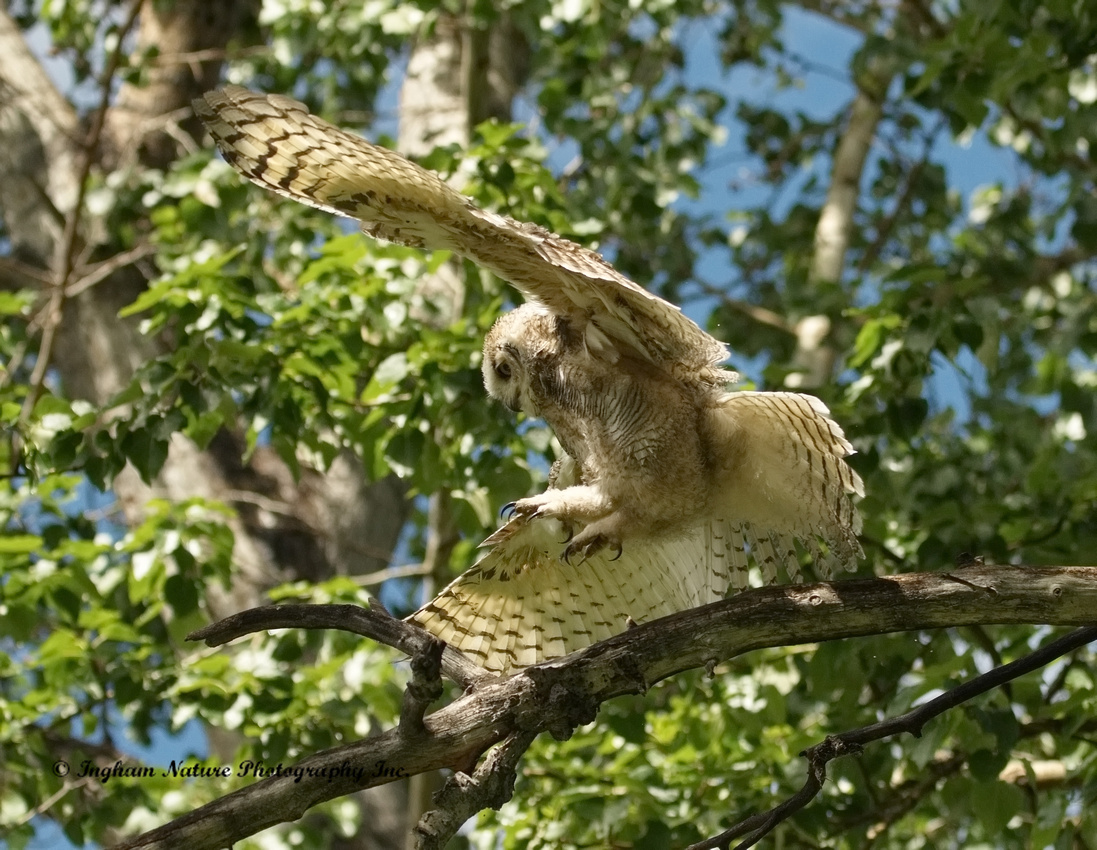 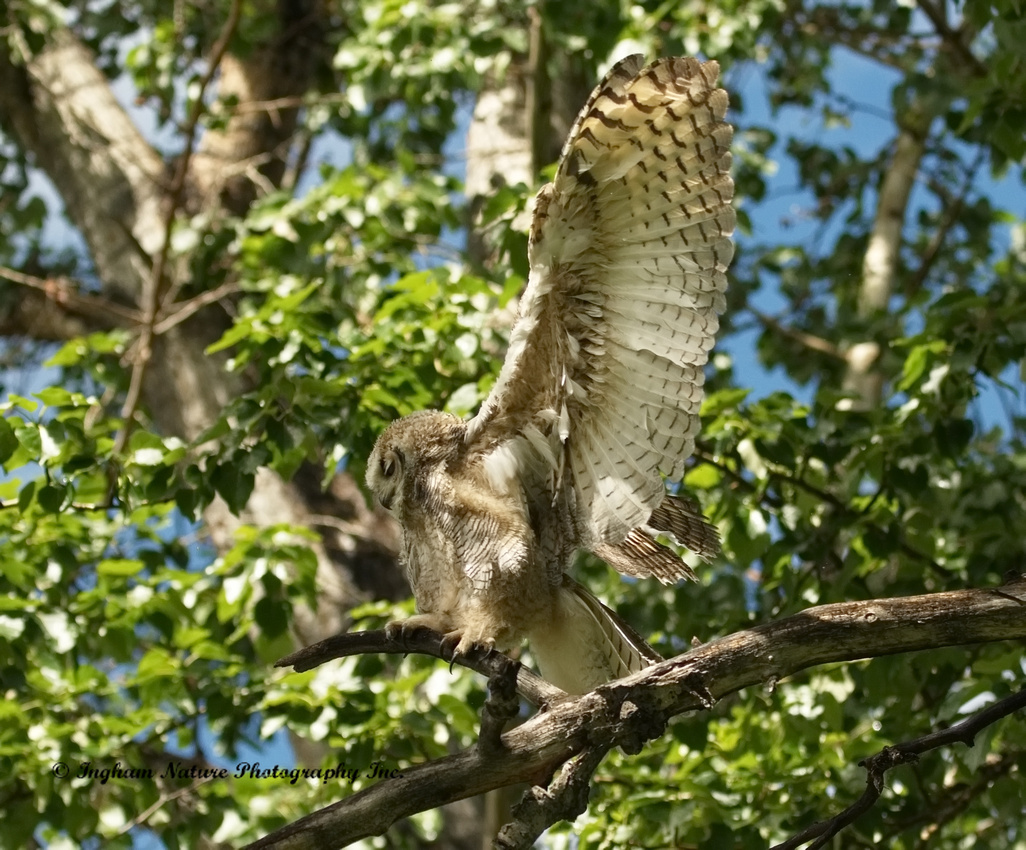