Most importantly, please keep reading right to the end of this rather lengthy blog. It is a good news story although it may not seem so at the start.

I came across an osprey on the ground, about 150 to 200 metres from the edge of the Bow River, in Calgary, Alberta, one morning towards the end of May 2022. It was situated in the grassy/rocky terrain down a small incline just past a grove of trees but not more than 10 metres from a well used gravel foot path in the park. This path is frequented by walkers, cyclists and dog walkers not all of whom keep their dogs leashed. (It is a rule in the park that all dogs must be kept on a leash.)

My first thought was avian flu but then watching it from a safe distance, it appeared very alert and one wing was slightly lower than the other. We had had extremely strong winds that morning. Perhaps it had made a dive into the water for a fish but got blown off course and had hit the water hard. Every 20 minutes or so, the osprey tried to move & try out its wings but with no success.

I sat down on a log alongside the far side of the path, where I could observe the osprey (or at least its white head from distance) and then called a Provincial authority to see if they would send someone down to check it out.

My first contact was an extremely helpful young gentleman who was genuinely concerned. He told me that there was someone down in that area but for some reason he/she wasn't picking up his/her phone. He then spoke to his supervisor and he transferred me to another individual. And that's when the nightmare began.

Having apprised the individual that there was an osprey on the ground, with a suspected wing injury, I was advised that the bird was most likely guarding its nest and eggs on the ground and that I was to leave the area immediately so as not to stress the bird. I repeated that it was an osprey (who only build their nests in very tall trees or other areas high up such as platforms) and could they please send someone to investigate. I know of two osprey nests in the area and they are no where even close.

I also advised that it was important that someone stay with the bird (albeit from a safe distance) to ensure that people/dogs, etc. did not interfere with it as it was extremely close to a very busy well used path. (Did I mention it was a lovely morning when everyone was out.) I was told once again, very rudely, to leave the area. She finally gave me a number of a wildlife rescue centre and it was at that point, I knew no one from the Provincial authority was going to come.

Thanked her, hung up and called that number and left a detailed message. Over the course of the next three hours, I left three messages. No one called me back. (I do appreciate these facilities are busy but at least a call back would have been nice.) I kept vigil on the osprey and directed some individuals (two of which who had off leash dogs) away from the downed bird. Again, every so often it attempted to stand and get lift but to no avail.

Then I tried calling 311 (who were extremely concerned and couldn't assist), the number on the website of the Park's Information Centre which actually is a general number of Alberta Parks and starts with the message, "If you wish to book a campsite", and friends who had no other suggestions. Four hours later and no assistance.

So I walked back to the car & drove the 5 minutes up the road to the Information Centre. There were two individuals coming out (who were part of a Fish Creek Park association). I advised them what the situation was & it involved an osprey and was told there was no one inside who could be of assistance. Then one suggested that perhaps the bird was feigning an injury to lure me away from its nest. I repeated again that it was an Osprey not a robin. And his reply, "Well that's just Nature." So I got back in the car & drove back to the parking lot and walked back in.

AND NOW FOR THE GOOD NEWS!

I arrived back to the osprey, completely downhearted but with the thought that I would at least take some photos to document this incident, (something I hate to do with an injured animal). The osprey was calm but became agitated when people & dogs went along the path.  The wind was out of the north and I had my back to the wind, facing the osprey. And then it began to flap its wings, took off towards me into the wind, banked west and landed a short distance on a four foot sand bar along the river.

I followed it to that area, took a few more photos, made sure it was okay, turned around for a brief moment and it took off and was gone into the air. I have never been so happy to see a bird take flight in my entire life. Perhaps, it had sustained an injury similar to our twisted ankle and it just needed some hours to recover.

I do not consider those five to six hours trying to find help, a waste or an infringement of my time. It all worked out for the best - a recovery with no real human interference. And I did leave with an extremely happy heart knowing that I had done everything possible to help that osprey on its way. The only question I have to ask is, "What if the injury had been more severe and wildlife really did need rescuing?"

FROM THE GRASSY TERRAIN 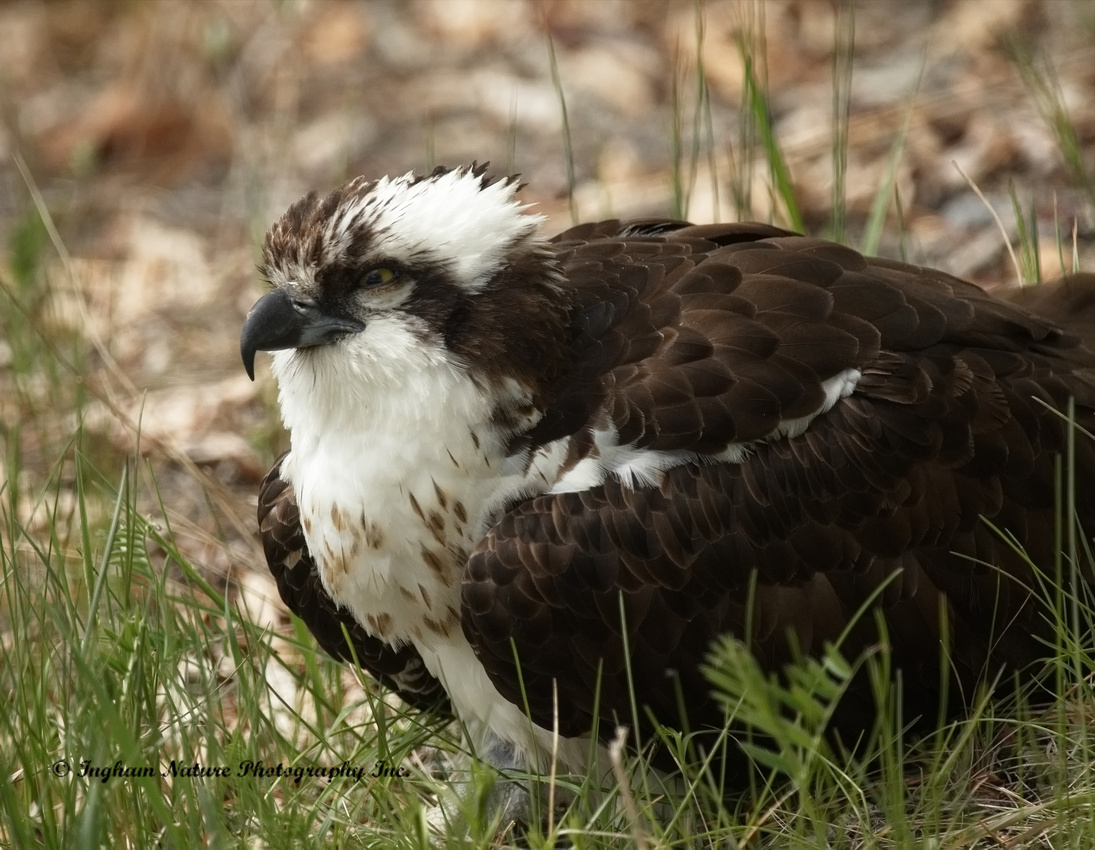 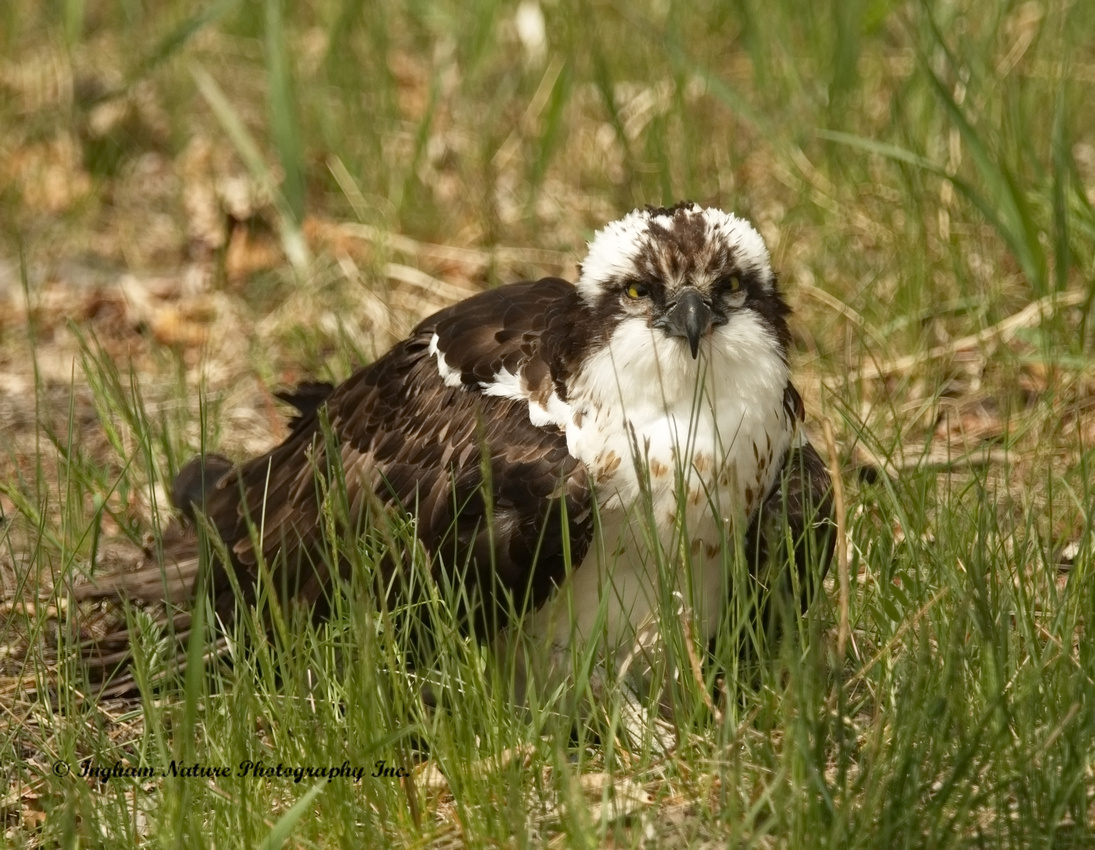 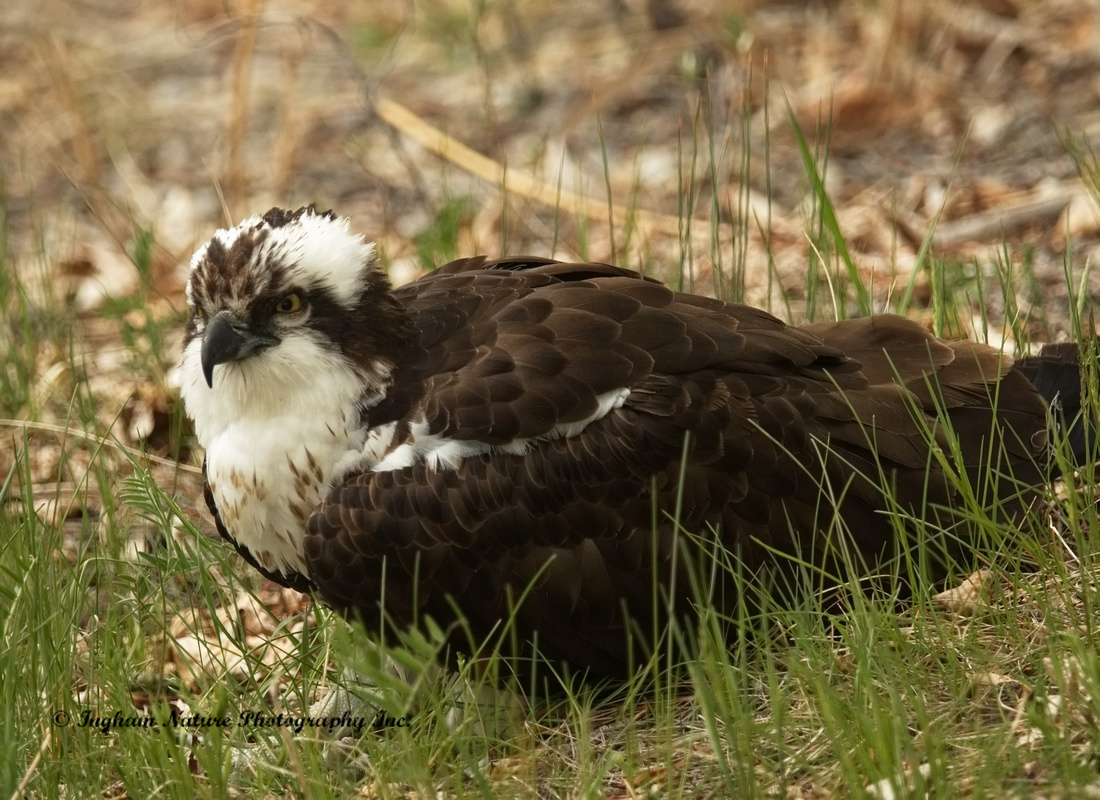 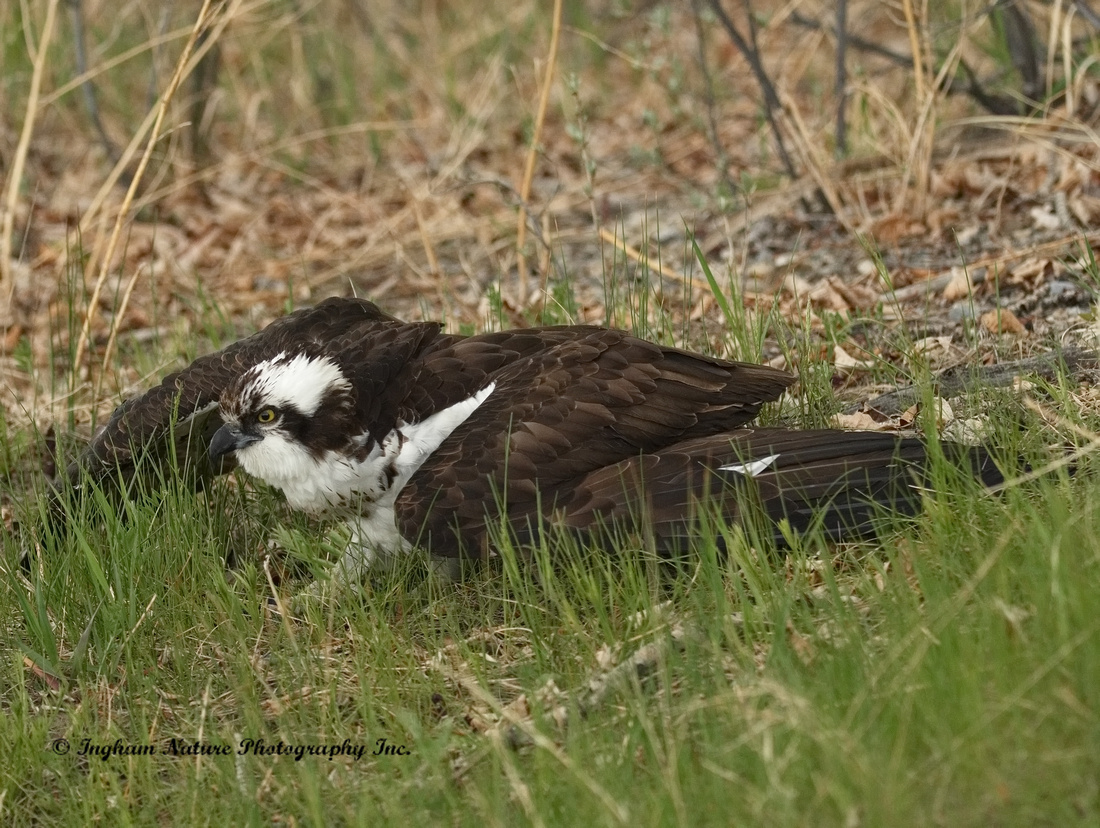 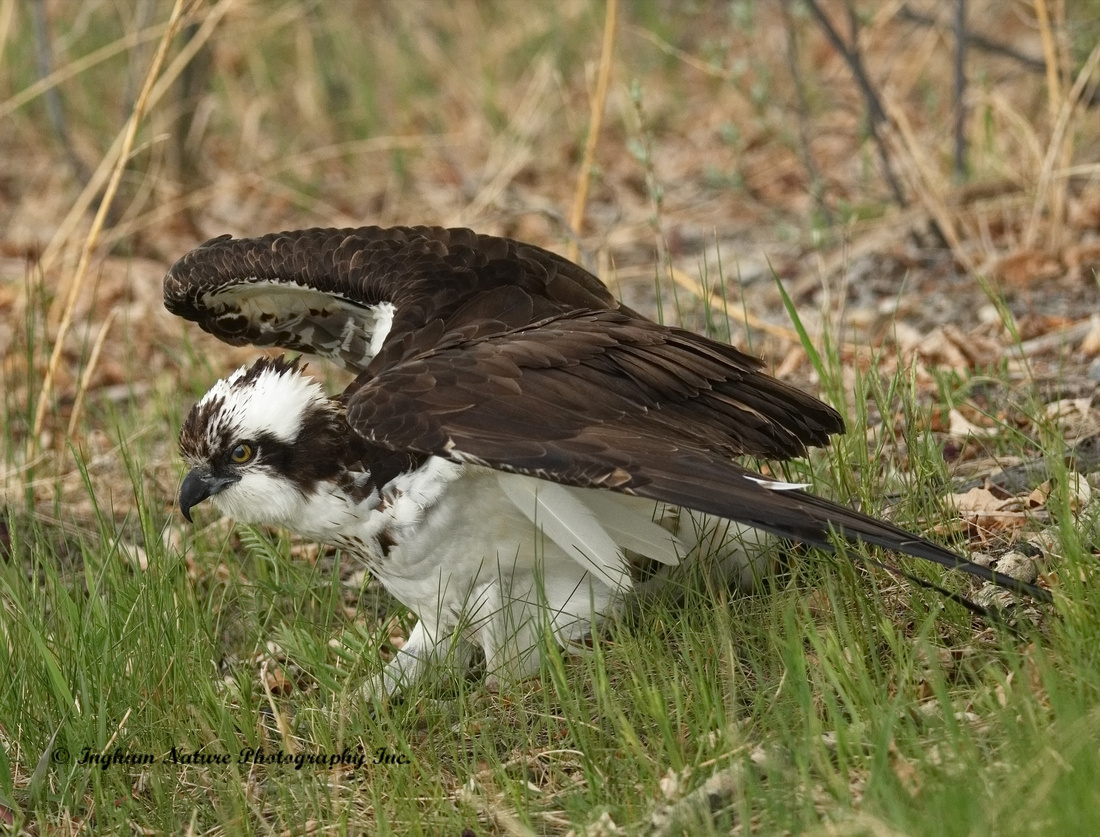 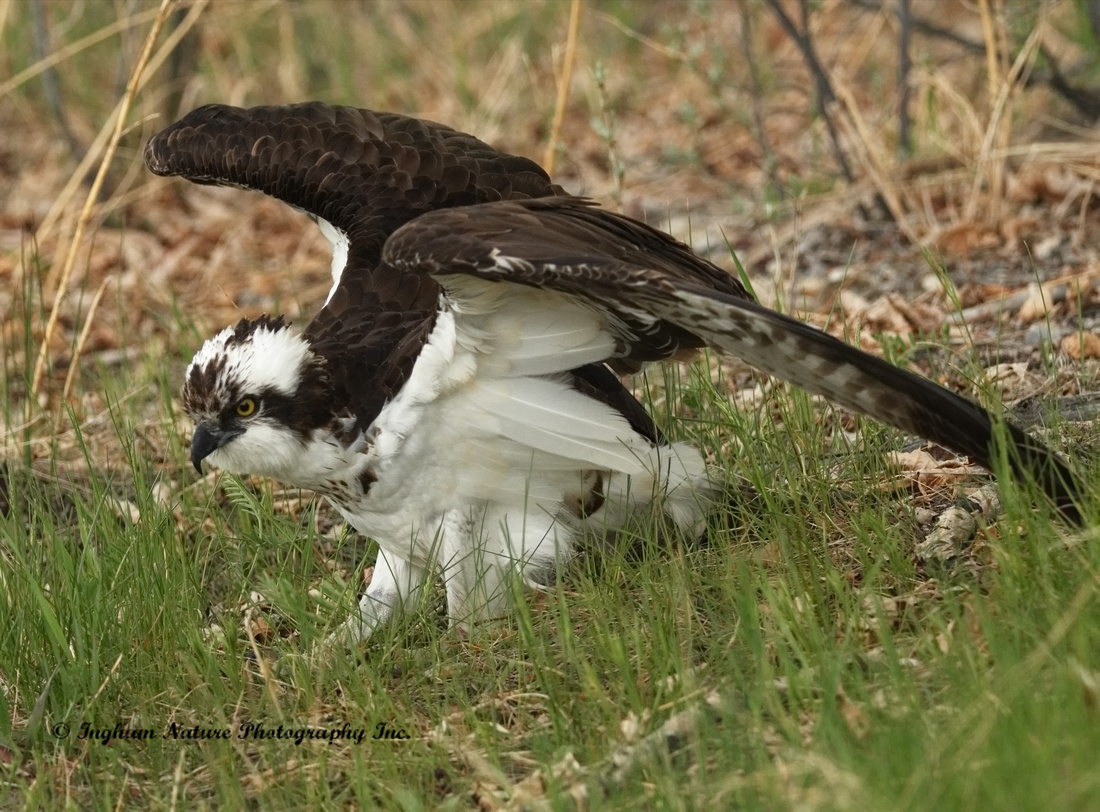 FROM THE ROCKY SAND BAR 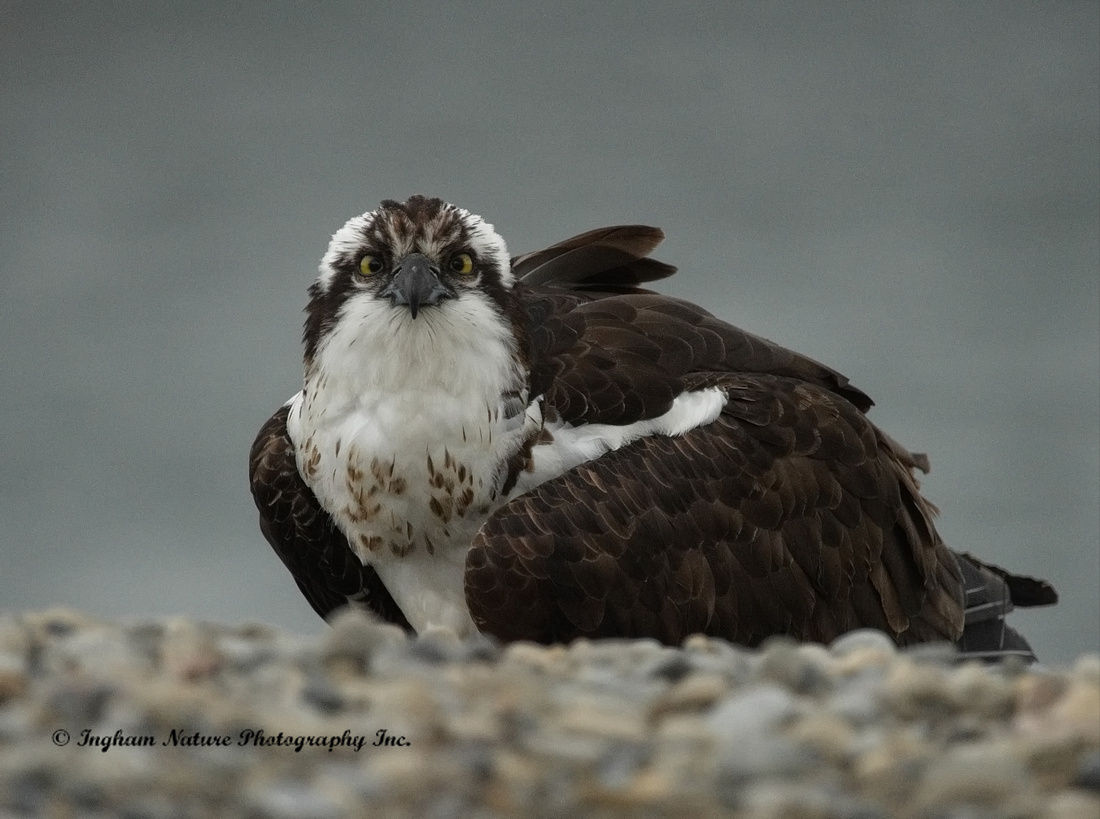 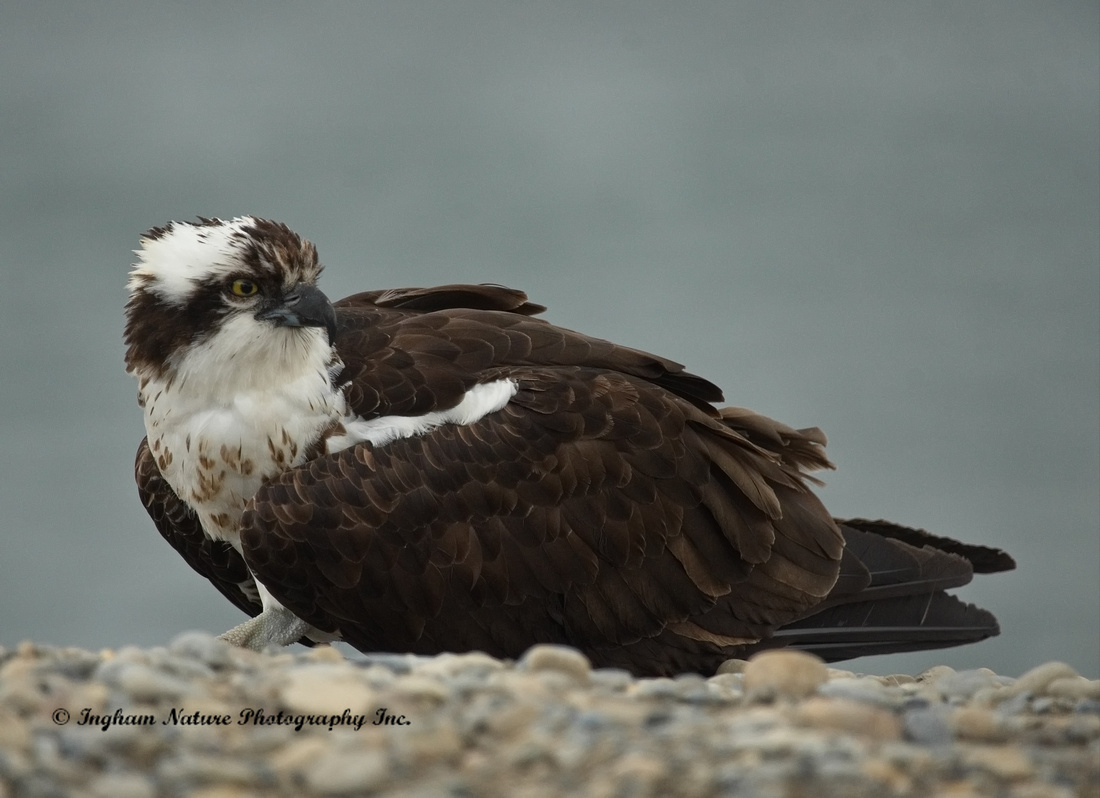 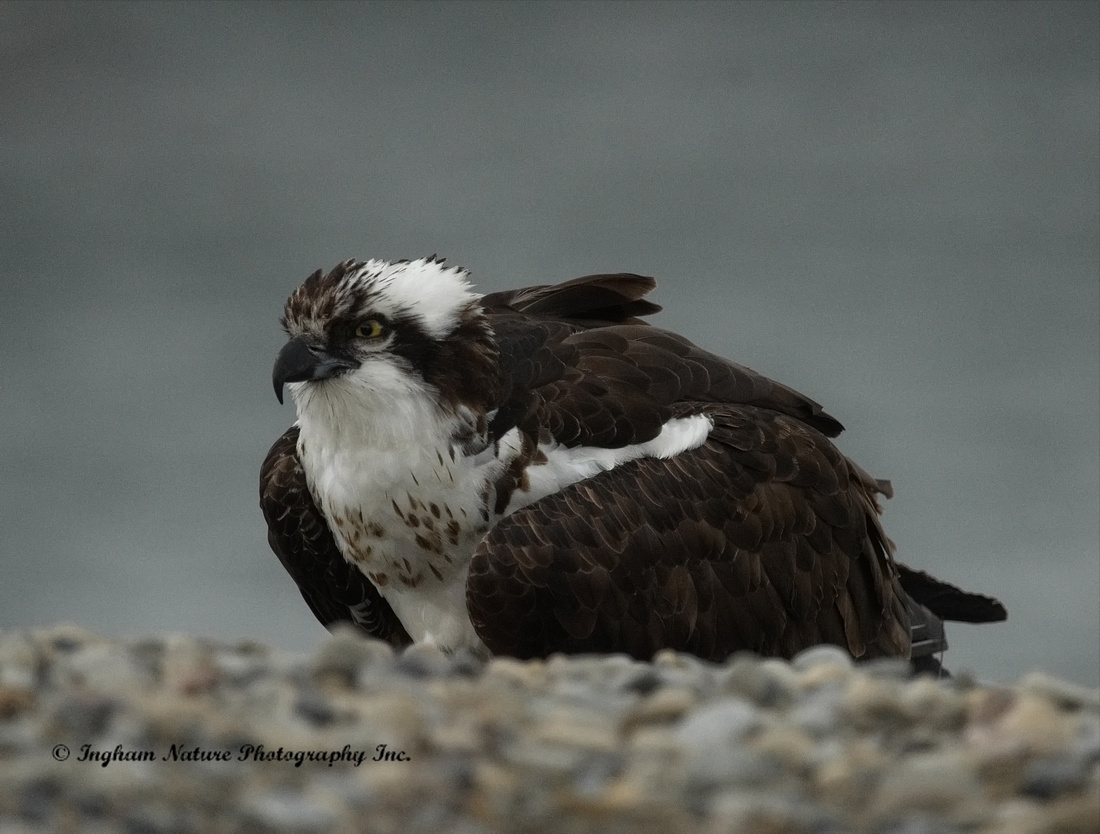 Urszula(non-registered)
It was great to read this story, I need good news :)
You were so right staying with the osprey. You might have saved him/her from a dog. And yes, I'm also super angry about people with dogs off leash.
This is an example why there is a rule to keep dogs on leash. But ignorant and selfish people don't really care about the wildlife.
The photos are fantastic!!! I loved seeing wings working so well.
No comments posted.
Loading...
Subscribe
RSS
Recent Posts
"FEELING A LITTLE SQUIRRELY COME FALL" - Red Squirrel (North American) "BIG BLUE" - Great Blue Heron "THE BOY IS BACK IN TOWN" - Mink (North American) "THE WHOLE IS GREATER THAN THE SUM OF ITS PARTS" - American Bald Eagle "NOT A KNOTHOLE" - Red Squirrel "THE COLOURS ARE APPEARING" - Wood Ducks "GREAT THINGS COME IN SMALL PACKAGES" - Great Blue Heron & Jumping Mouse "PARADE OF PIKAS - Pika "RAM TOUGH" - Rocky Mountain Sheep "ALL MOUTH NO TROUSERS" - Belted Kingfisher
Keywords
Archive
January February March April May June July August September October November December
© Ingham Nature Photography Inc.
Powered by ZENFOLIO User Agreement
Cancel
Continue