"LOVE AMONG THE RUINS"

Okay, so it's not exactly the ruins but an old building. And it's not really love but perhaps admiration but that weasel previously featured is back in the spotlight!

The photos that appeared in the May 14th, 2022 blog, were taken after the following set.

I had sat down in a grove of trees to finish my lunch, when I spotted a quick glimpse of the weasel making its way along a ridge. Grabbed my backpack & my camera and proceeded to see if I could locate where it had disappeared to. Weasels are so quick & nimble that I wasn't expecting to see it against the foundation of this older building, crouched down.

I do not believe in any form of baiting and that includes audible calls or sounds. In this case, that would include not making the sound of an injured mouse. So I just softly talked, hoping to reinsure it that there was no intention to chase or do harm. There was no doubt the weasel could see me. I was standing upright not that far away and facing into the sun and weasels have sharp eyesight.

Very soon it began to stretch, slowly move about and eventually took a minute or two to have a great scratching session (Photos #3 through 6). It was probably there about 10 minutes but it felt much longer, probably so in "weasel time". Then it slowly made its way along the building and off it went hunting. I sat down on the grass, finished my lunch and the weasel returned at least two more times from either side of the building, hunting in the area close to where I was sitting which is when the previous photos were taken.

The whole session probably lasted an hour (and that includes the weasel downtime, i.e. when the weasel wasn't there), the longest I have ever spent with a Long Tailed Weasel. It was quite the experience to watch this little predator hard at work, not oblivious to me but not caring. 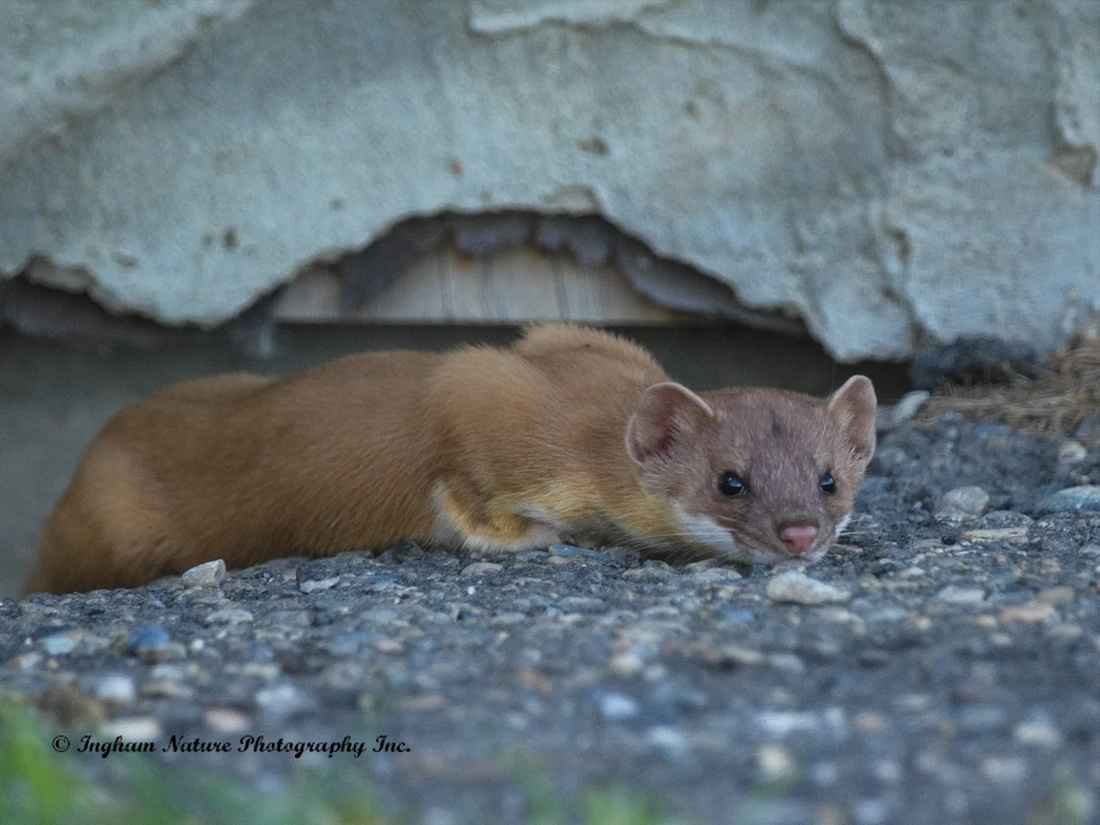 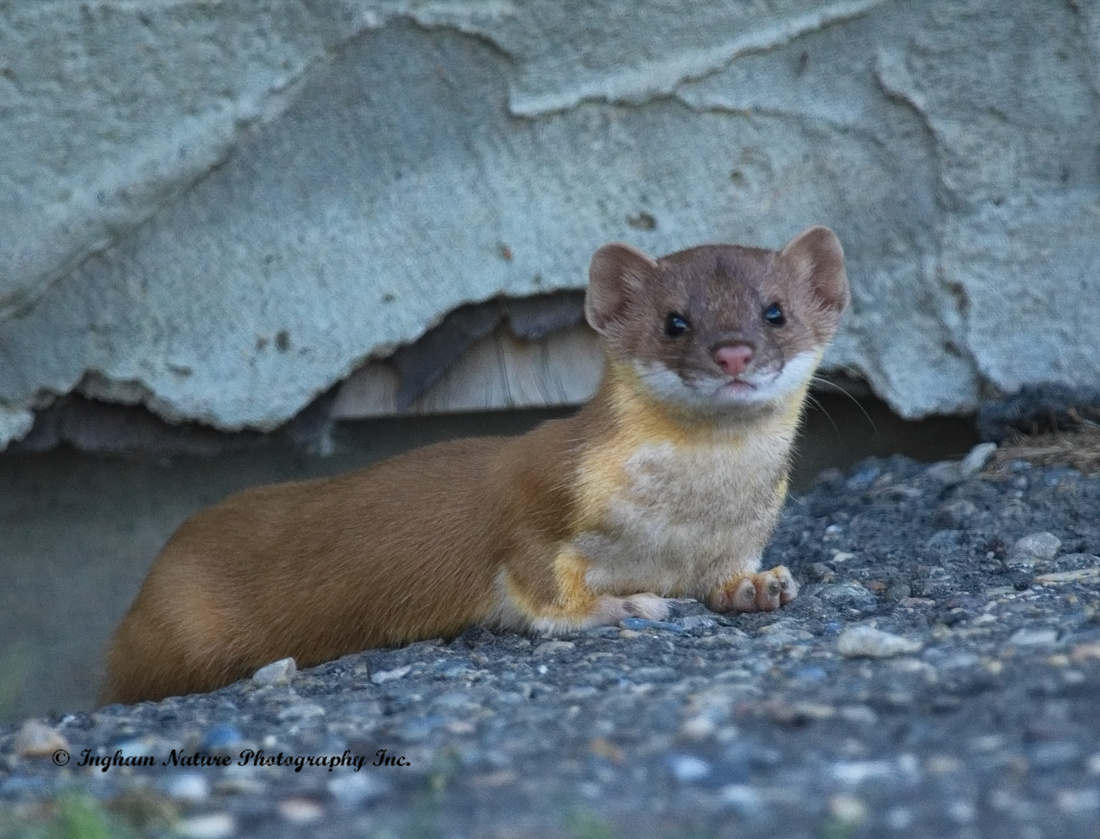 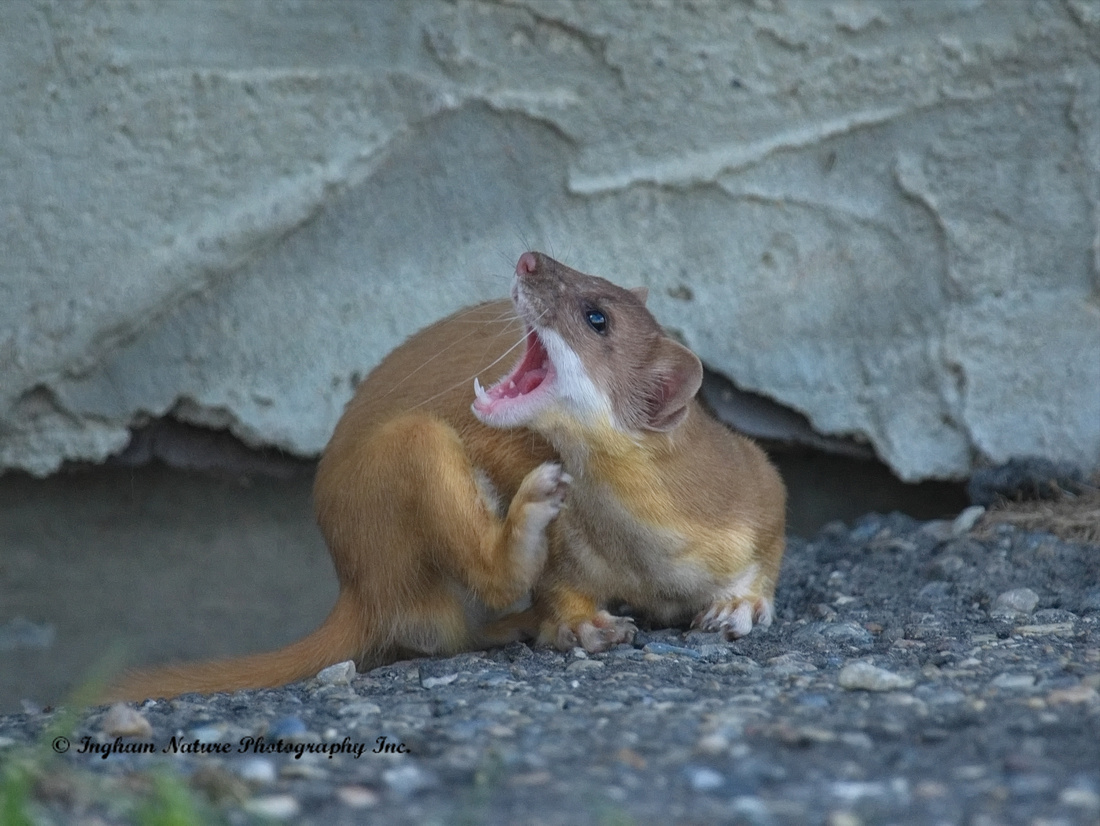 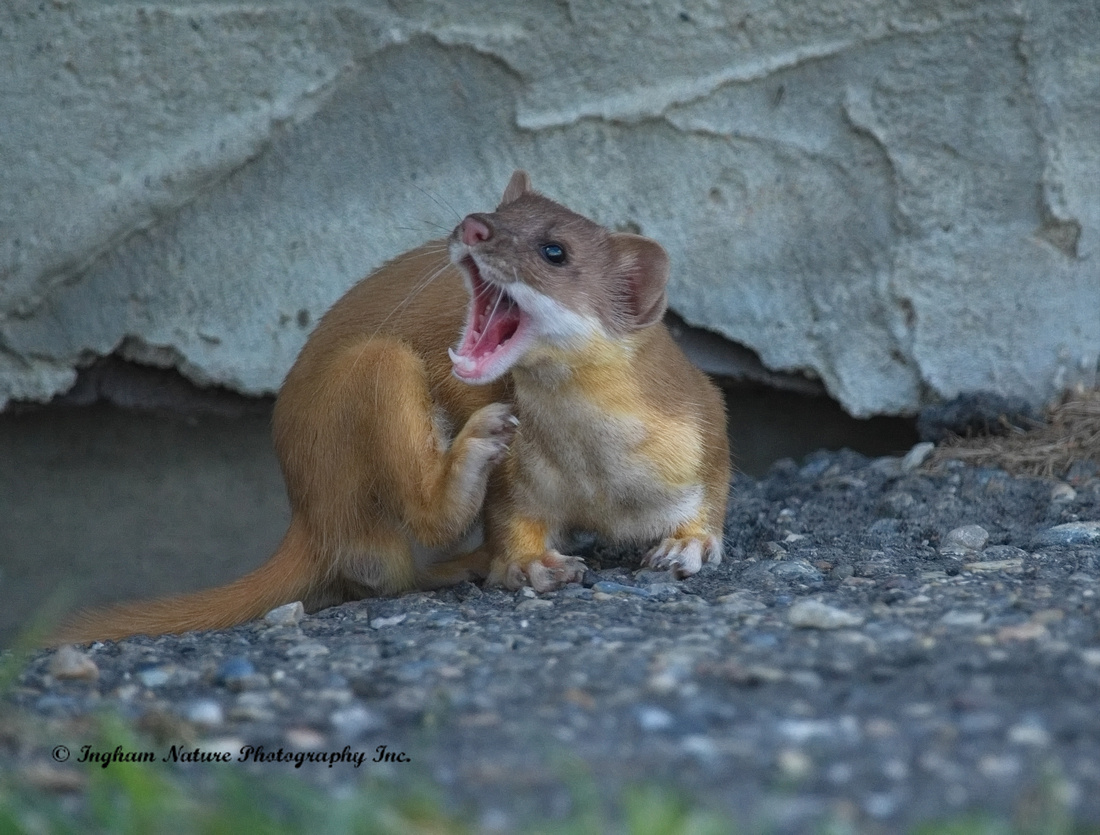 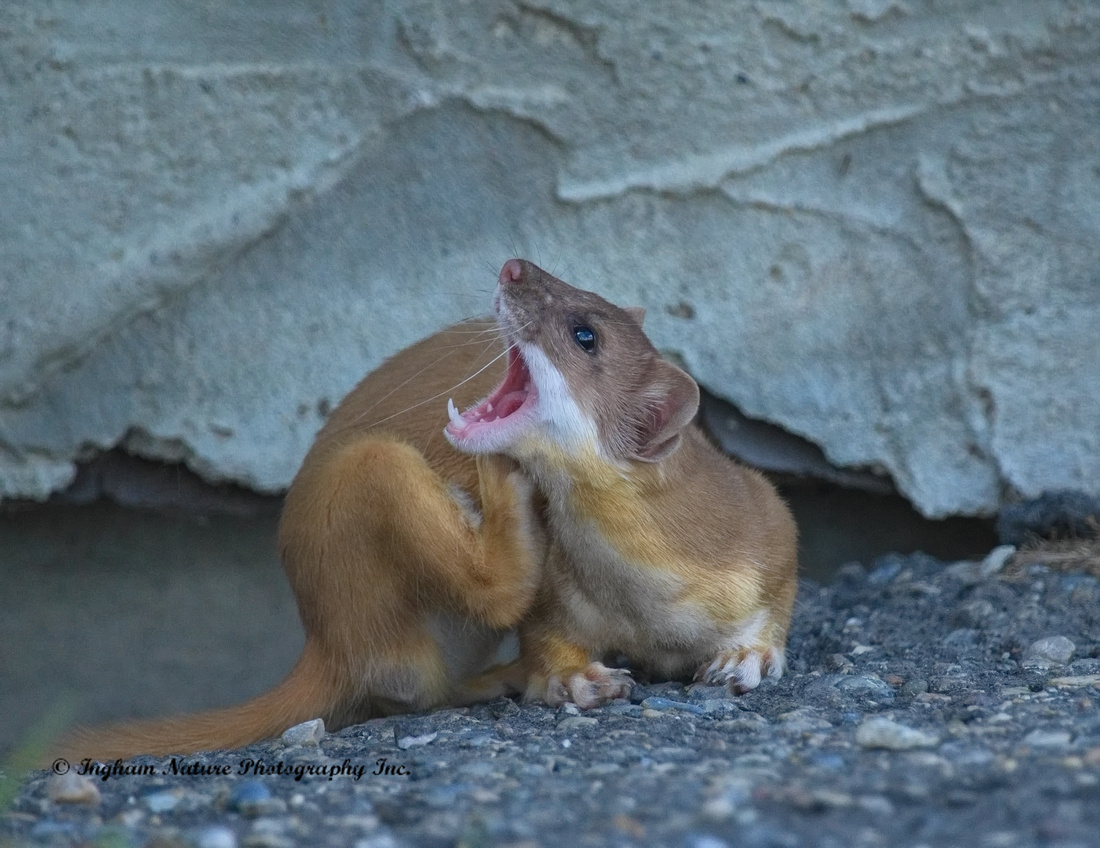 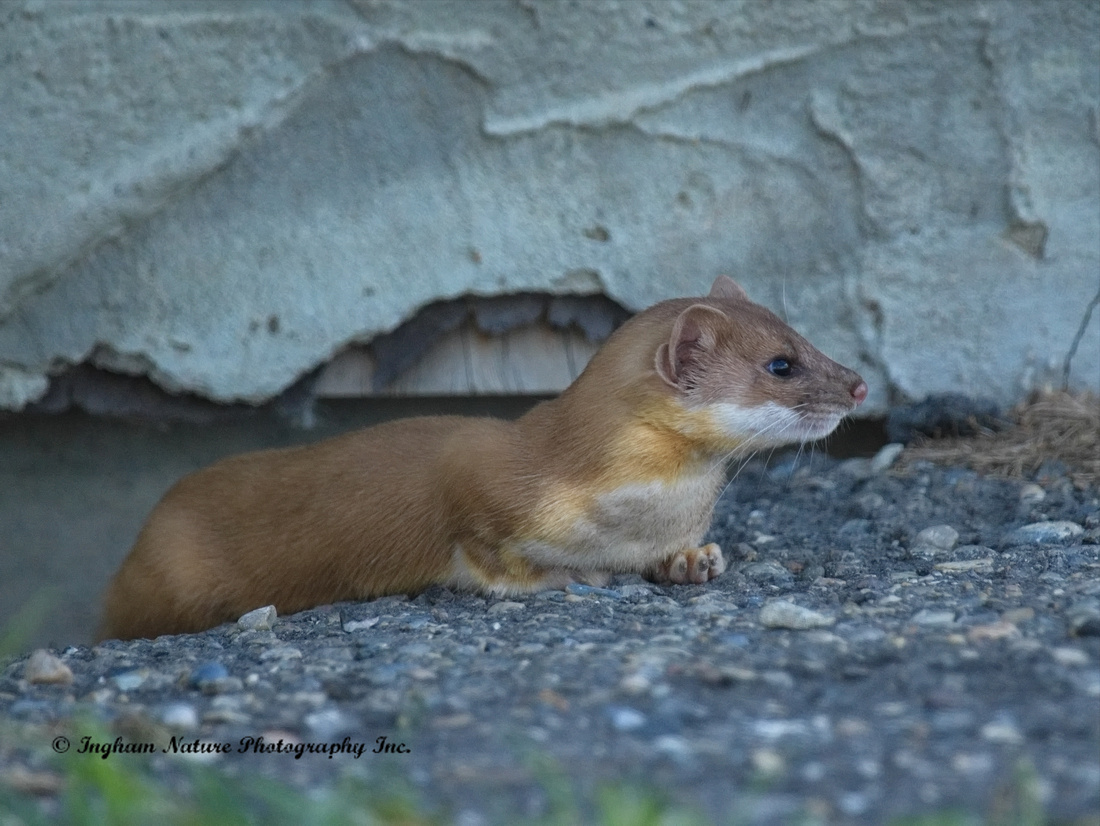 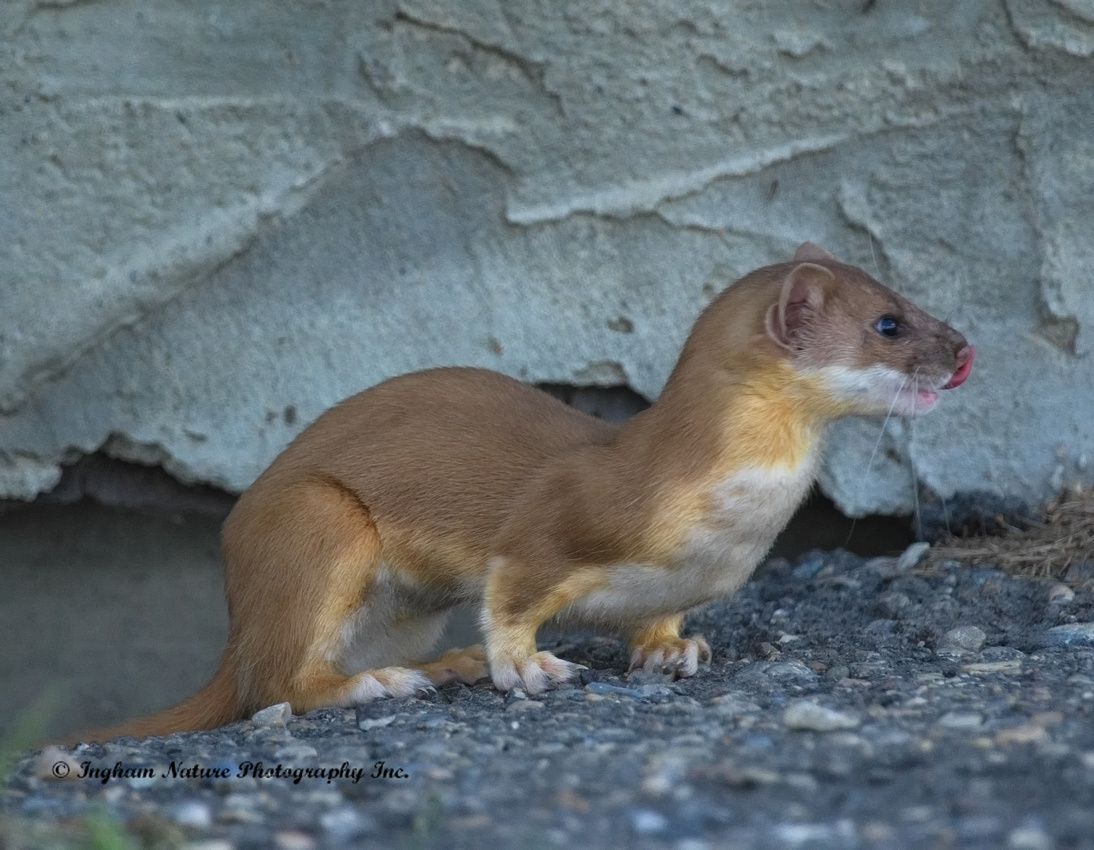 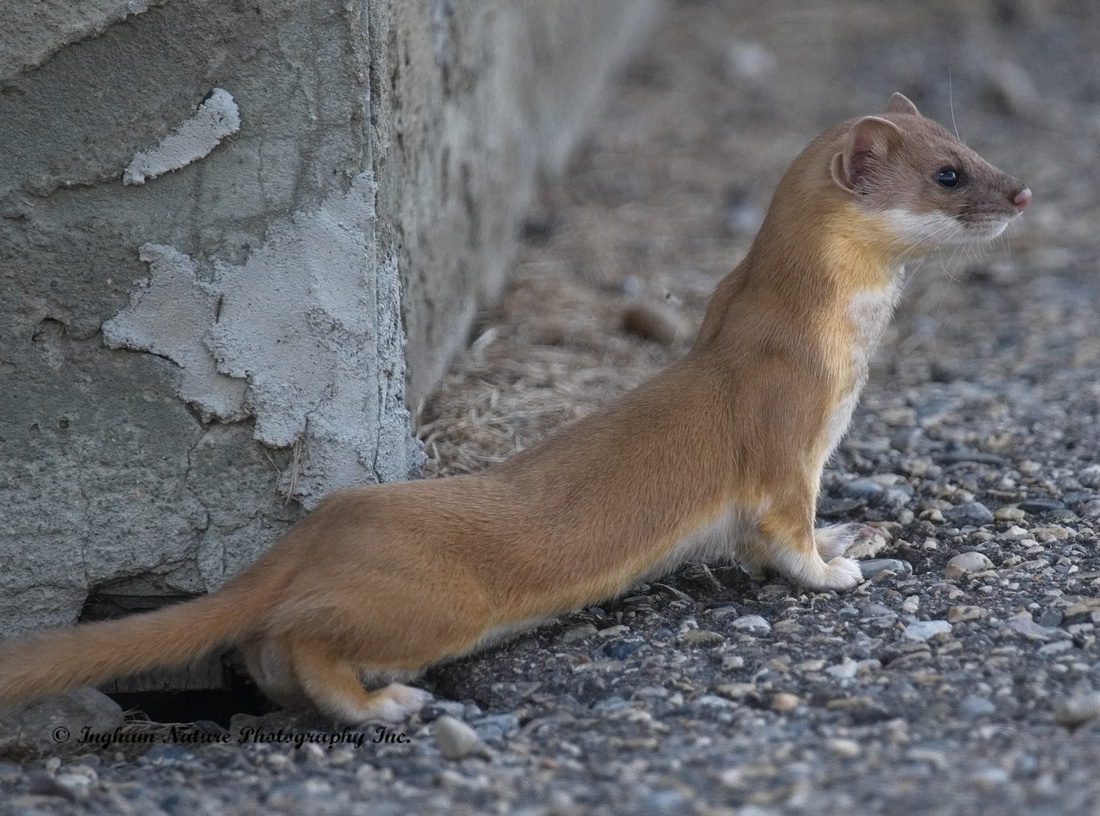