According to scientific intel, female porcupines are only fertile 8 to 12 hours a year and they mate (if the male manages to find a willing female) in the Autumn.

Initially the female (the smaller & lighter colour of the two porcupines) was on the higher branch, with the male on the lower branch. All nether region private parts had been identified. :)

It was now about half an hour to sunset. And that's when it all began. Once the two met up, it was a combination of sumo wrestling & Looney Tune Tasmanian Devils. Along with the rough & tumble physical side, was a mixture of squeaks, screams, humming & chatter. There was porcupine boxing, belly bumping (the one part of a porcupine's anatomy other than its face with no quills), and wrestling. They used the 1/2 square kilometre of woods as their "playpen".

Although much smaller than the male, the female gave as good as she got. The male (who I believe is younger), managed to get nailed by some small quills on his face and nose.

And the two no longer cared how close I was or how noisy. In fact, I had to quickly retreat several times  to avoid contact from these two rolling pincushions. I had the long lens retracted to its smaller limit in order to get in close enough to obtain as clean a shot as possible without too much of the shrubbery. The activity continued for approximately half an hour.

I never did see the actual "act" but it could have happened anytime undercover or when the two scampered off together, side by side, to retreat into the wooded area and quiet returned to the area.

So are porcupines keeping secrets? Perhaps they do like to meet up other than for actual mating purposes. The entire event although fairly rough and tumble, certainly appeared to be consensual for both parties. This species of porcupine is referred to as North American or New World Porcupine so perhaps they have new ideas :) !

Let's meet the cast of two. 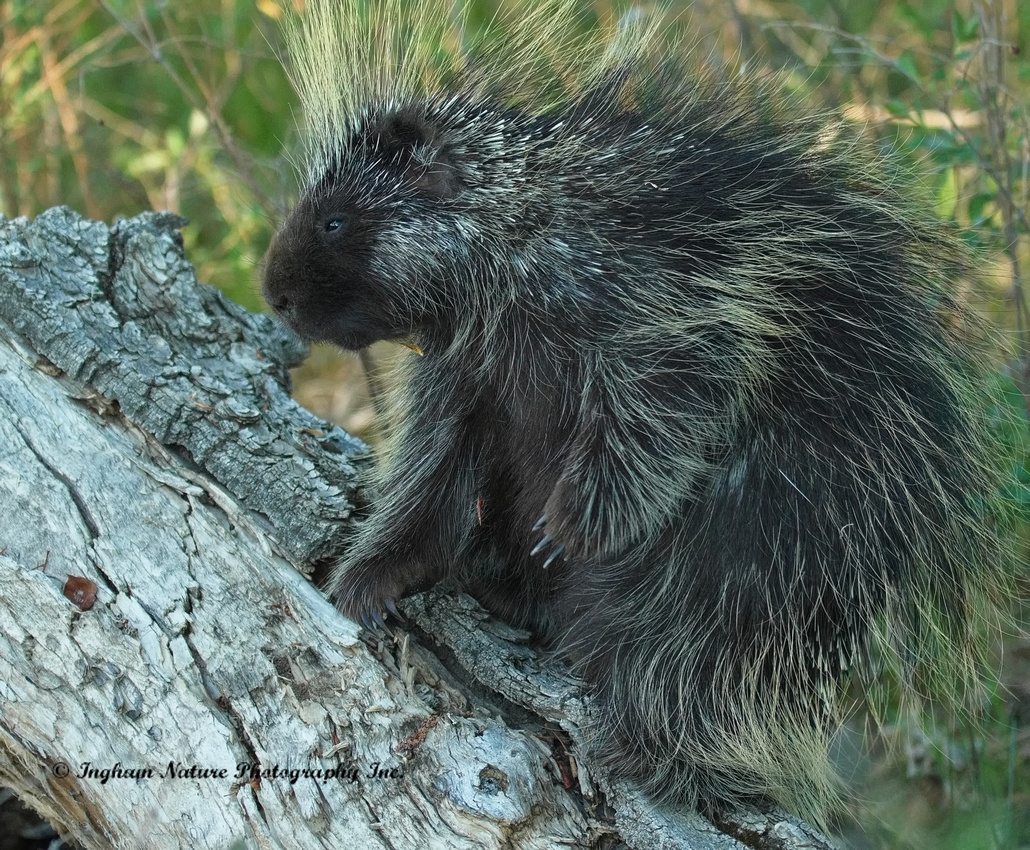 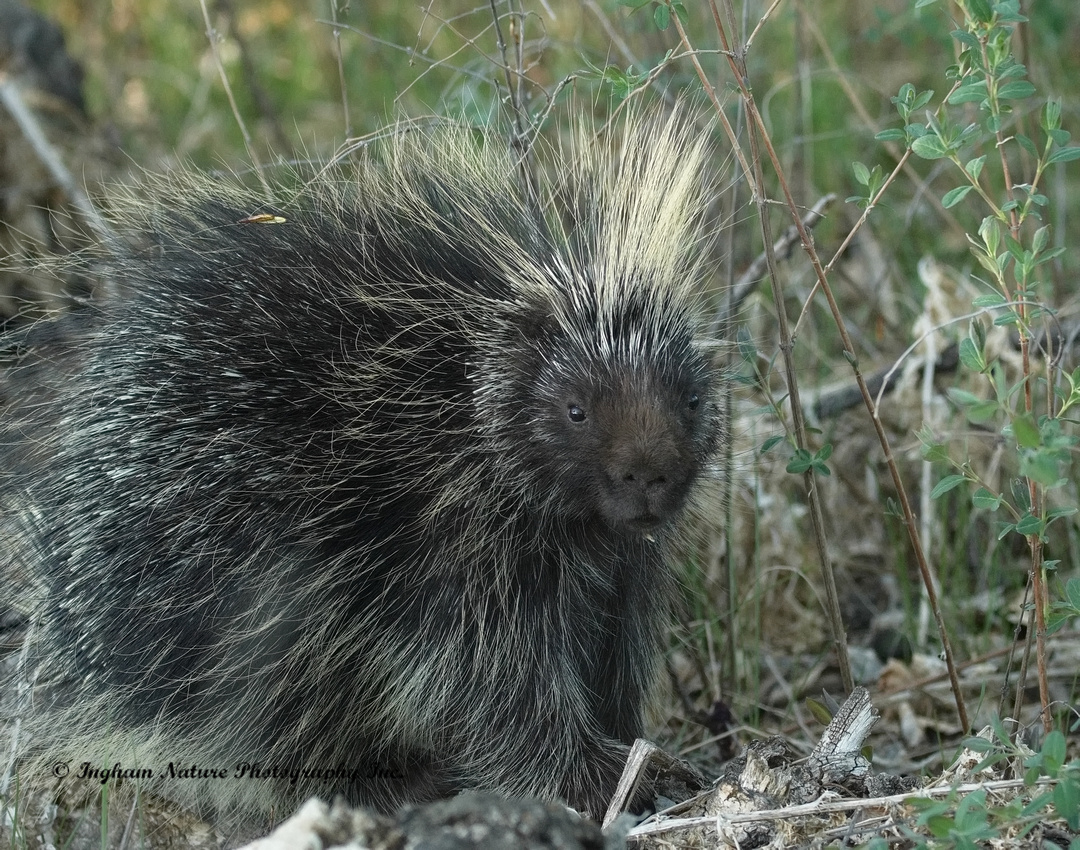 PHOTO #3 - The Older Female (climbing down the tree) 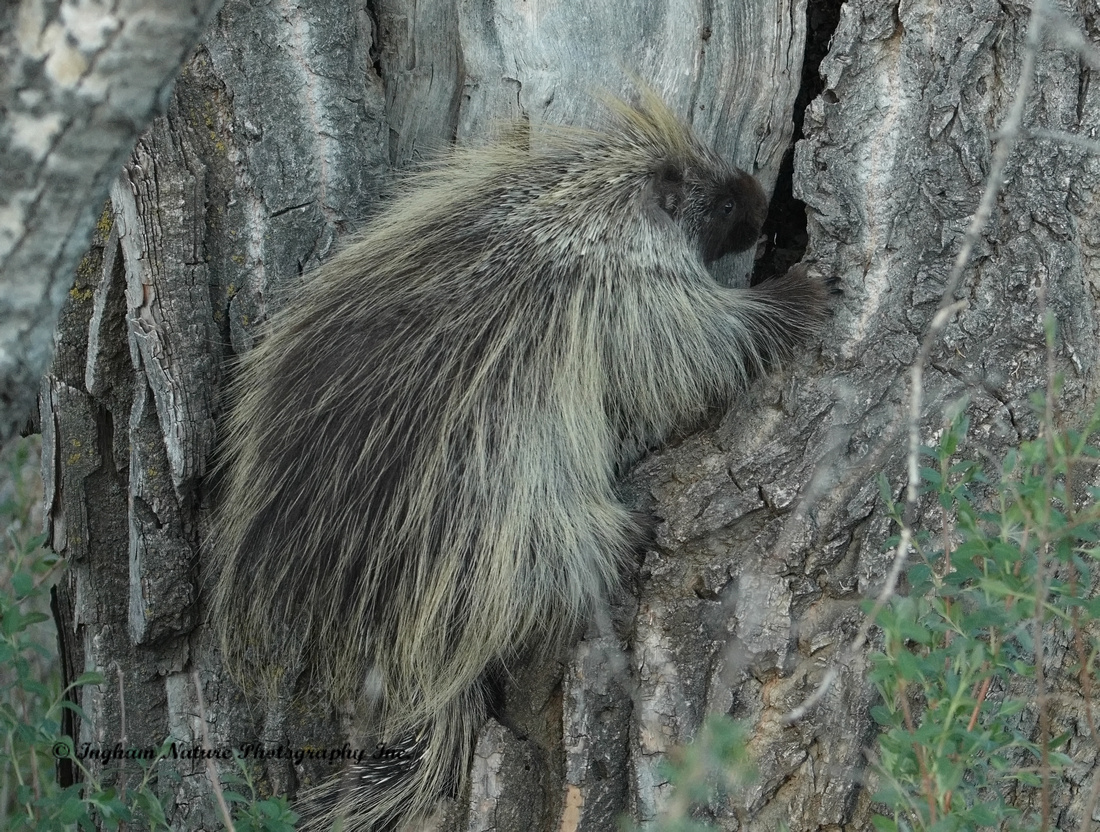 PHOTO #4 - The Older Female (in profile) 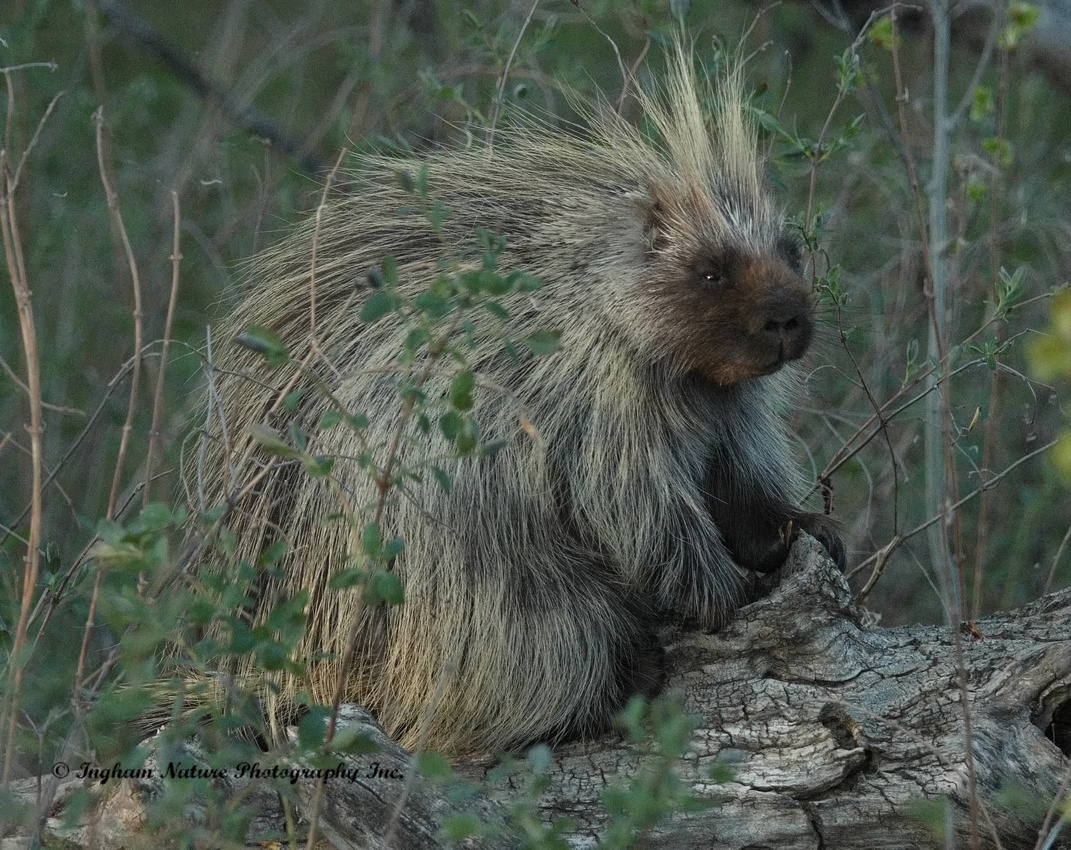 PHOTO #5 - The Pairing in the Tree 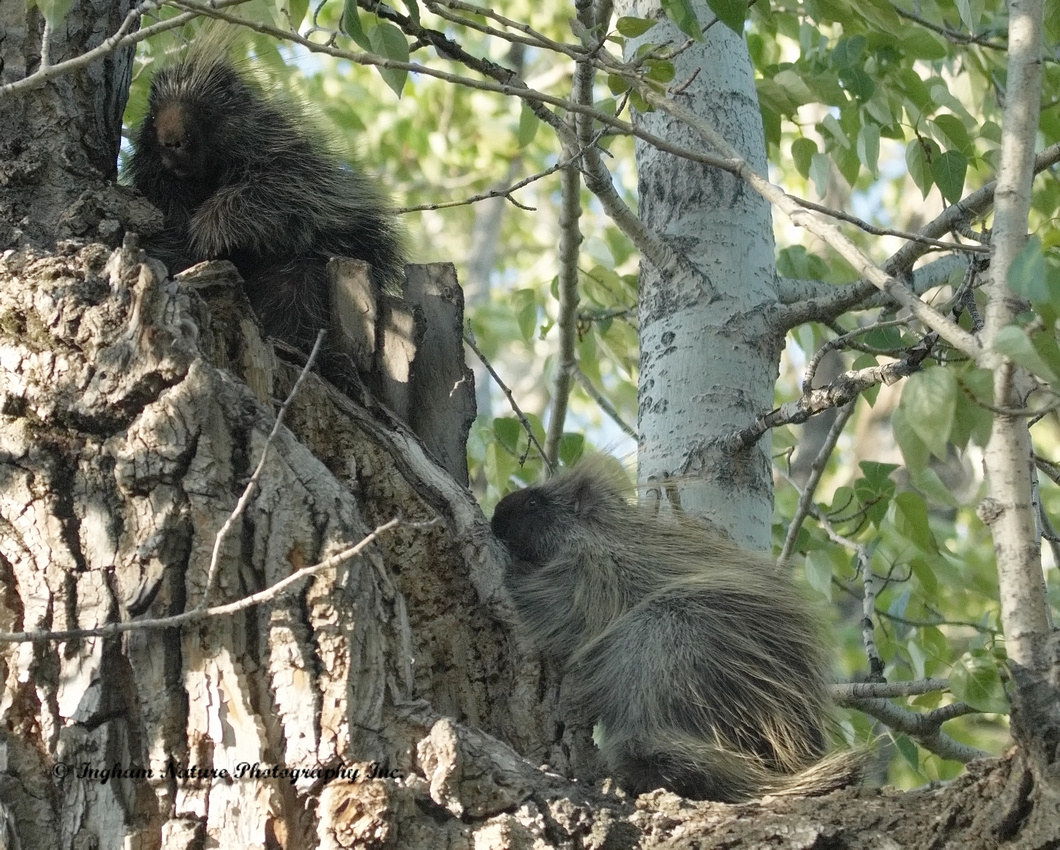 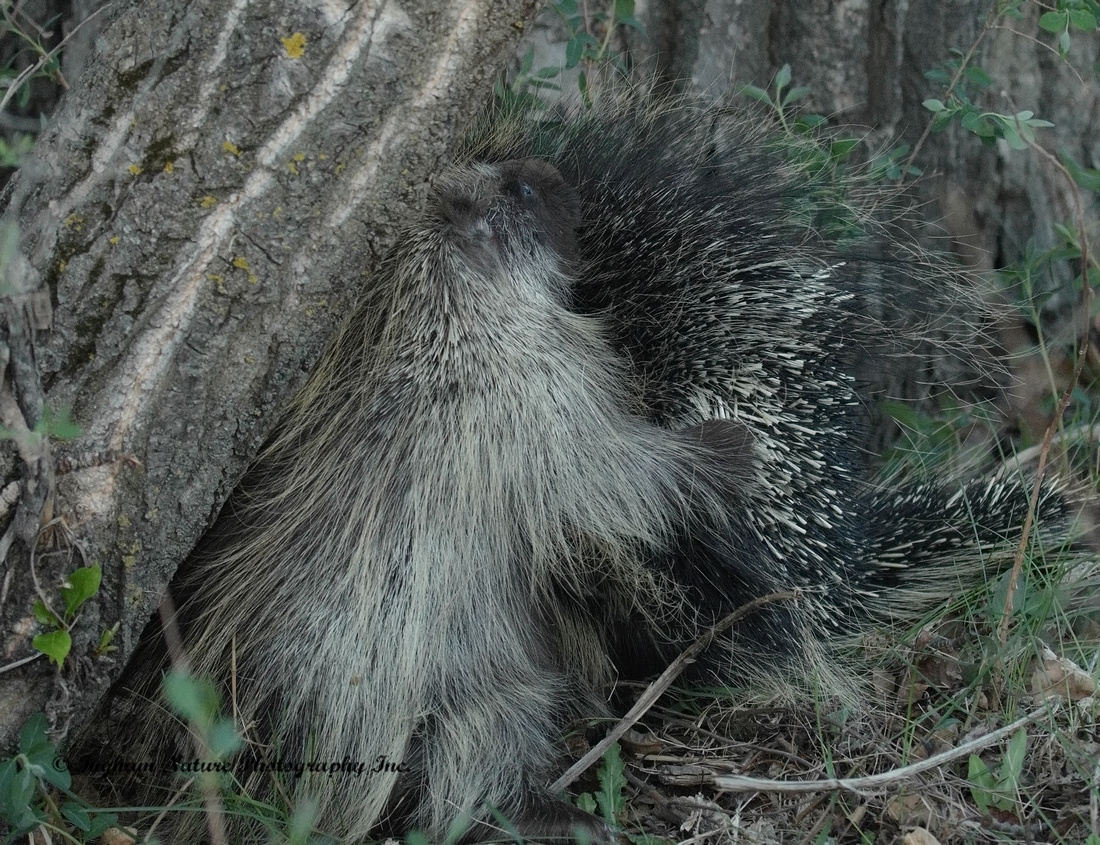 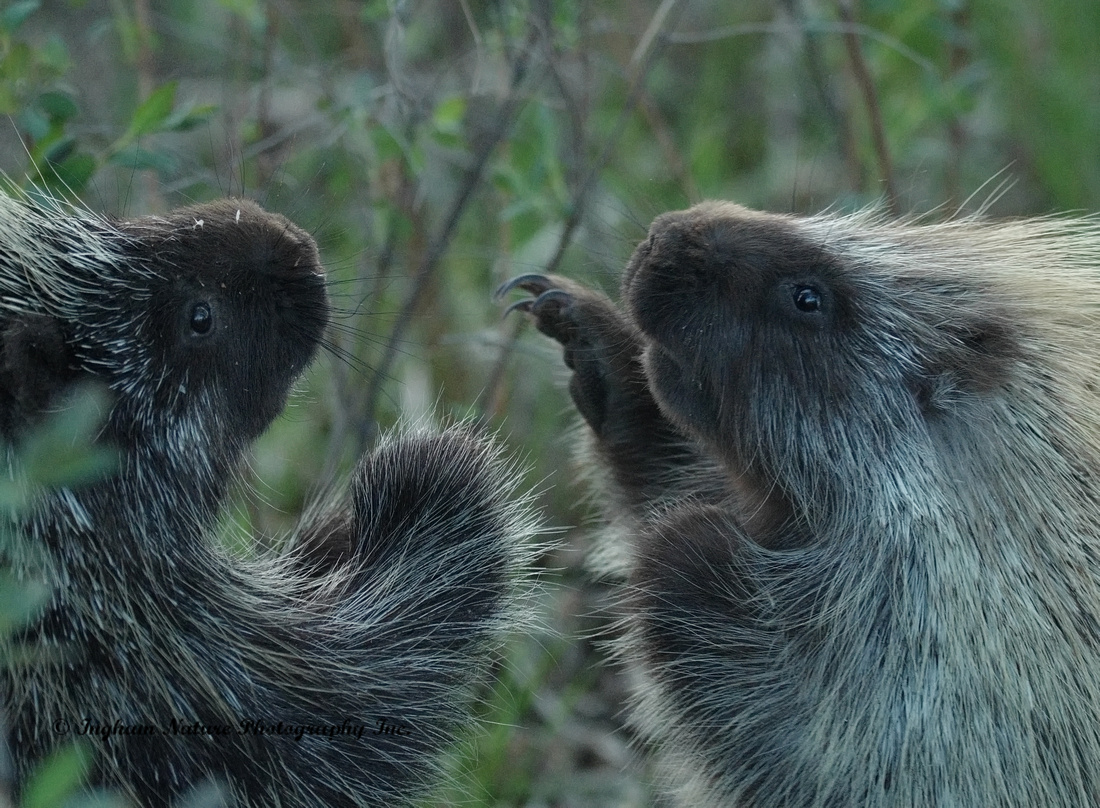 PHOTO #8 - "Porcupine Wrestling" (Female in the background, Male in the foreground) 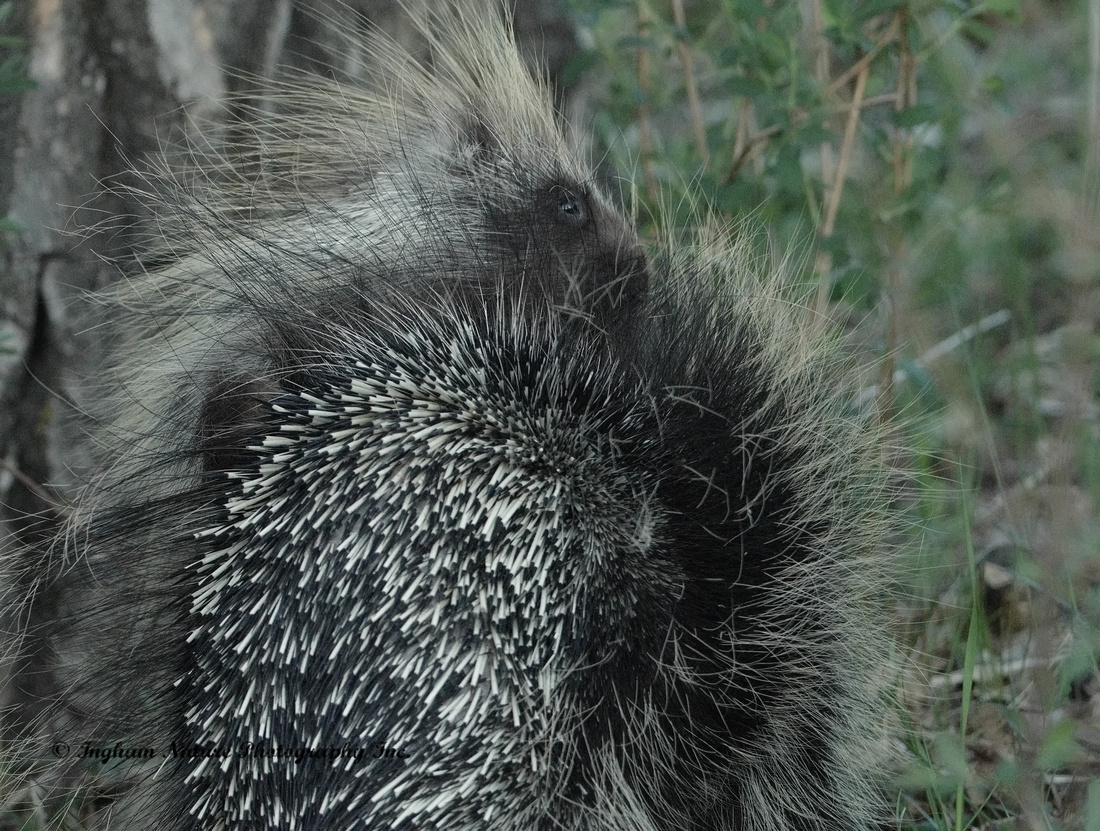 Porcupine - North American"LOOKING IN ALL THE WRONG PLACES"
(Young Male on log, Older Female underneath to the right) 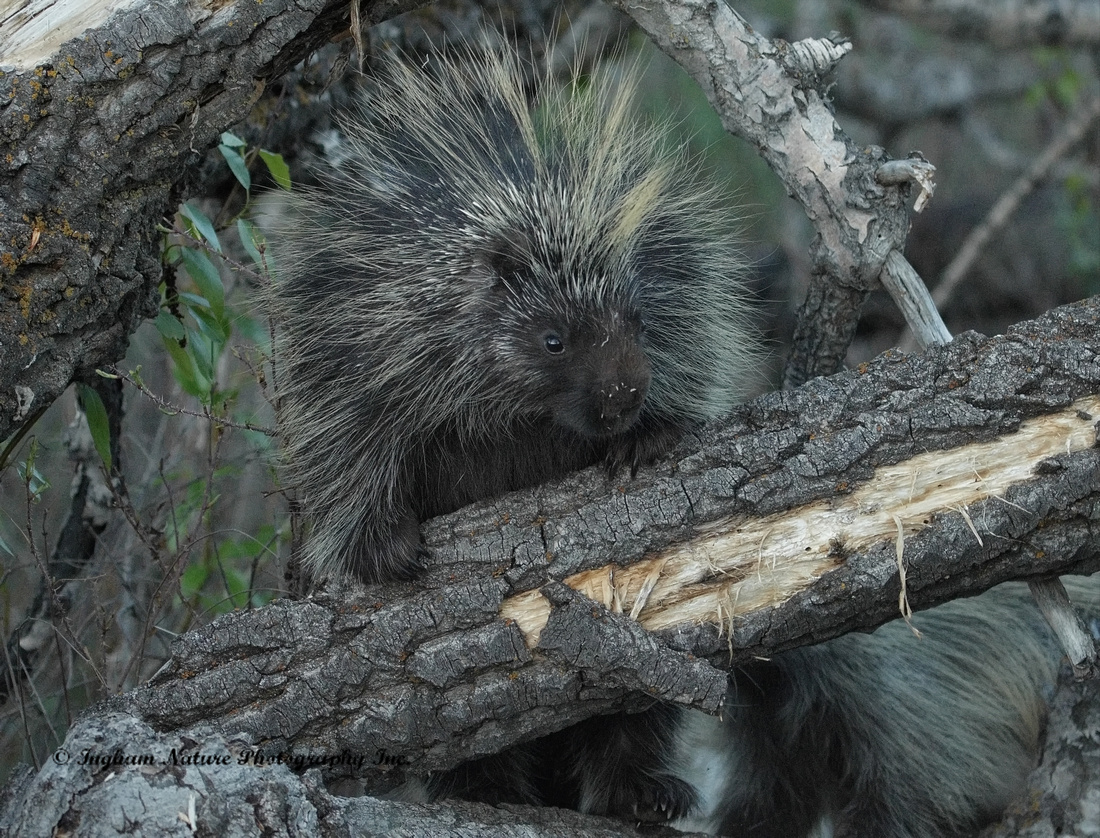 Porcupine - North American"LOOKING FOR LOVE"
(Younger Male on top of log, Older Female below at right) 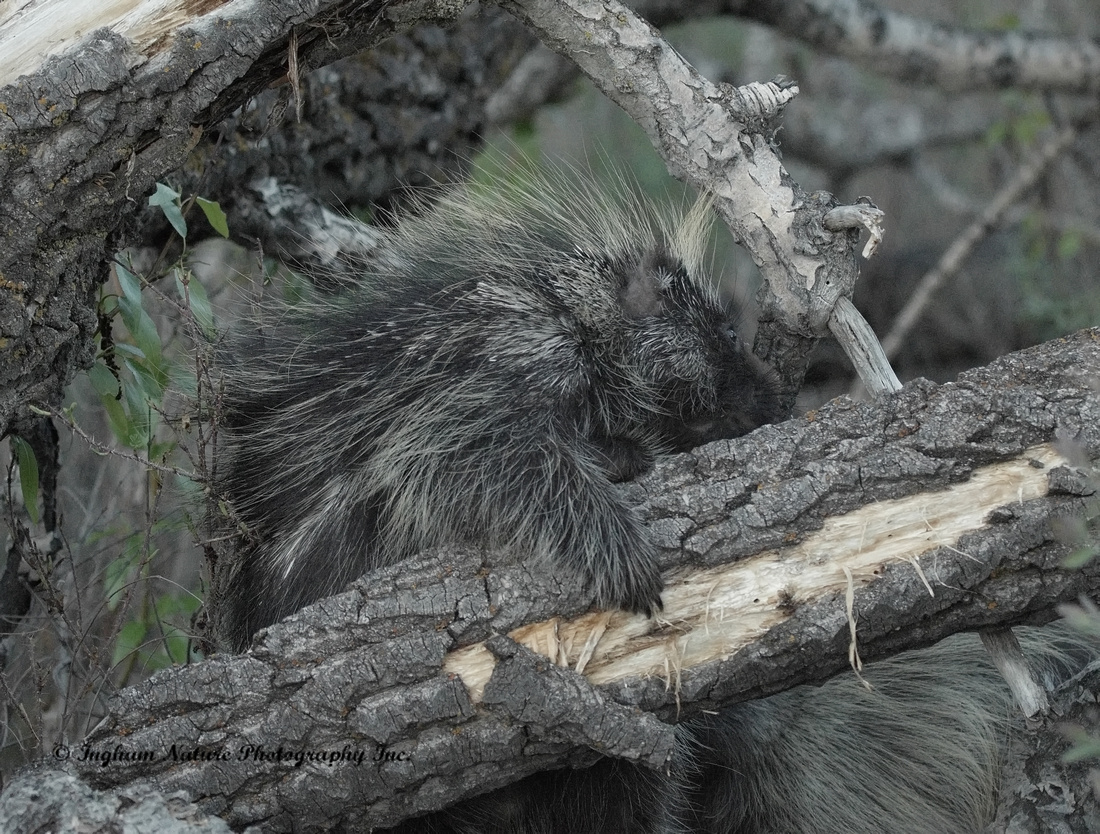 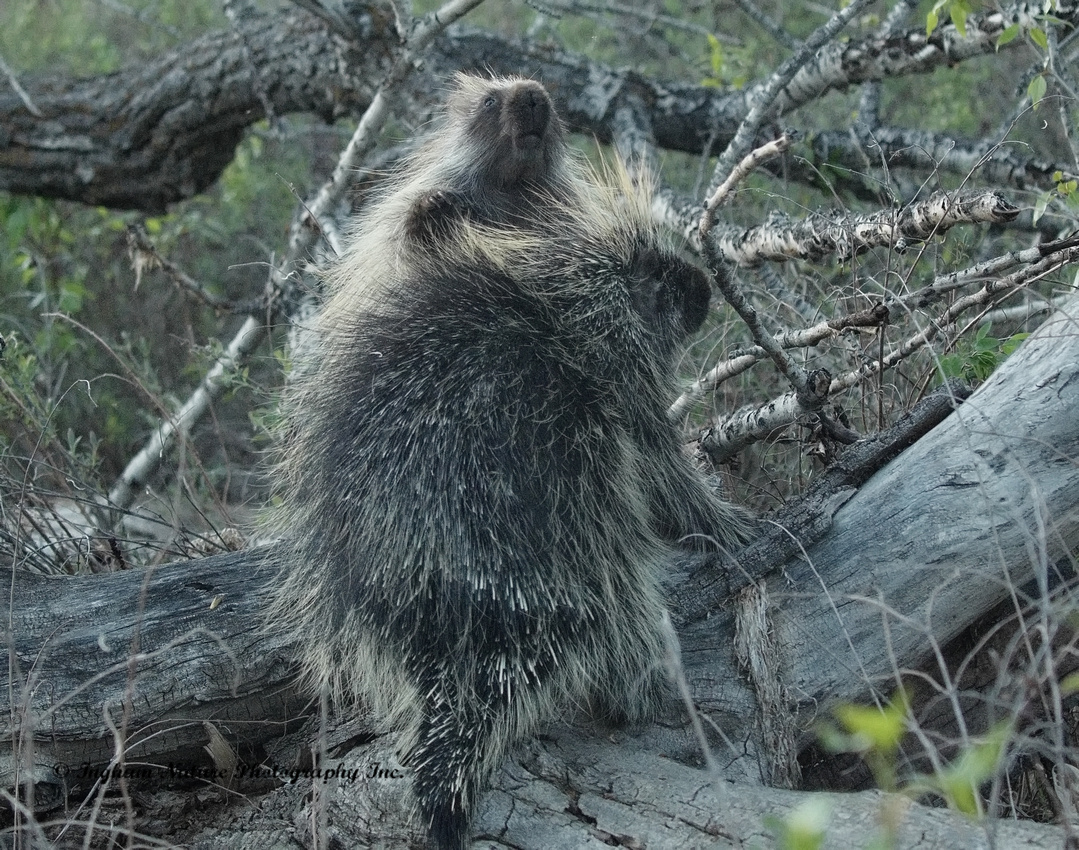 Urszula(non-registered)
You've outdone yourself!!!
These are by far the best photos in the quality and theme. Like I told you: National Geographic material...
I wish I was there to make a video. I feel slightly better when you told me it would have been difficult with the brush and these two moving quite fast :)
What a story and what an experience, congrats!
John Harper(non-registered)
such good coverage and description of what's going on! Great Series Susan!!
No comments posted.
Loading...
Subscribe
RSS
Recent Posts
"FEELING A LITTLE SQUIRRELY COME FALL" - Red Squirrel (North American) "BIG BLUE" - Great Blue Heron "THE BOY IS BACK IN TOWN" - Mink (North American) "THE WHOLE IS GREATER THAN THE SUM OF ITS PARTS" - American Bald Eagle "NOT A KNOTHOLE" - Red Squirrel "THE COLOURS ARE APPEARING" - Wood Ducks "GREAT THINGS COME IN SMALL PACKAGES" - Great Blue Heron & Jumping Mouse "PARADE OF PIKAS - Pika "RAM TOUGH" - Rocky Mountain Sheep "ALL MOUTH NO TROUSERS" - Belted Kingfisher
Keywords
Archive
January February March April May June July August September October November December
© Ingham Nature Photography Inc.
Powered by ZENFOLIO User Agreement
Cancel
Continue