Managed to get out early enough (with the time change) to catch a few Trumpeter Swans before they moved to a different location for the day.

Photo # 2 to Photo #4 are of the Trumpeters as they flew over the river later in the morning. They were in two groups and came in directly overhead. And no, they had no intention of landing. There wasn't the slightest indication of "landing gear" coming down even from viewing them from a distance. It did, however, provide a special opportunity to catch a couple close up in flight (Photo #5 & Photo #6).

The remaining four photos are of the female Tundra Swan & her youngster. They spent the entire morning feeding in the river non-stop. I assume they are now feeding up even more for the long migration north, which should be very shortly. The morning was particularly quiet and because of the stillness, I could frequently hear a very faint "hoo-hoo". At first I thought it might be a Great Horned Owl close by but then when I looked at the two Tundra Swans eating side by side, I realized it was them, softly talking to each other, particularly the young one. I have heard the sounds of Trumpeters & Tundras before, particularly as they are in flight but this was a first for me. And it genuinely touched my heart.  The things you hear in Nature when the air is still & no one is near. :)

Later in the afternoon, they moved upriver to a shoal where they spent some quality time together grooming those all important feathers. (Photo #7 to Photo #10)

If the youngster decides to return to his mother's wintering ground at the end of this year, its feathers will be completely white but most likely it will follow the rest of its species and proceed further south. 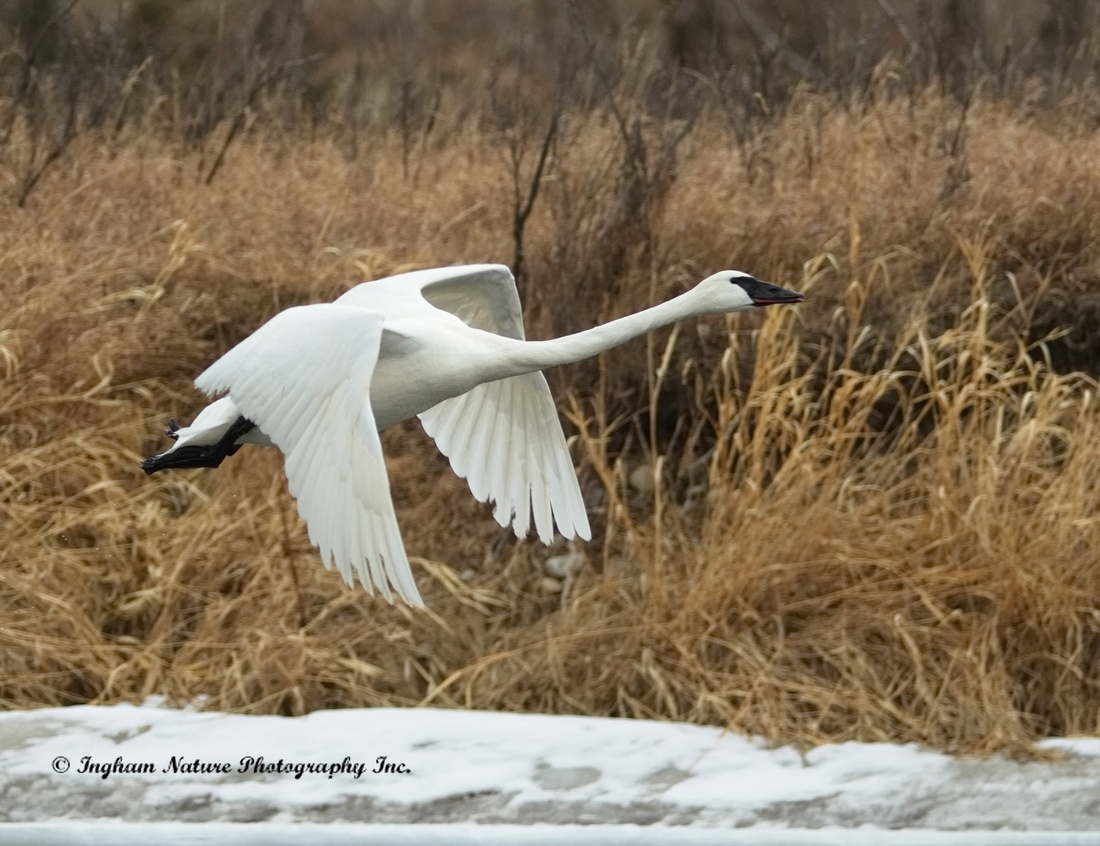 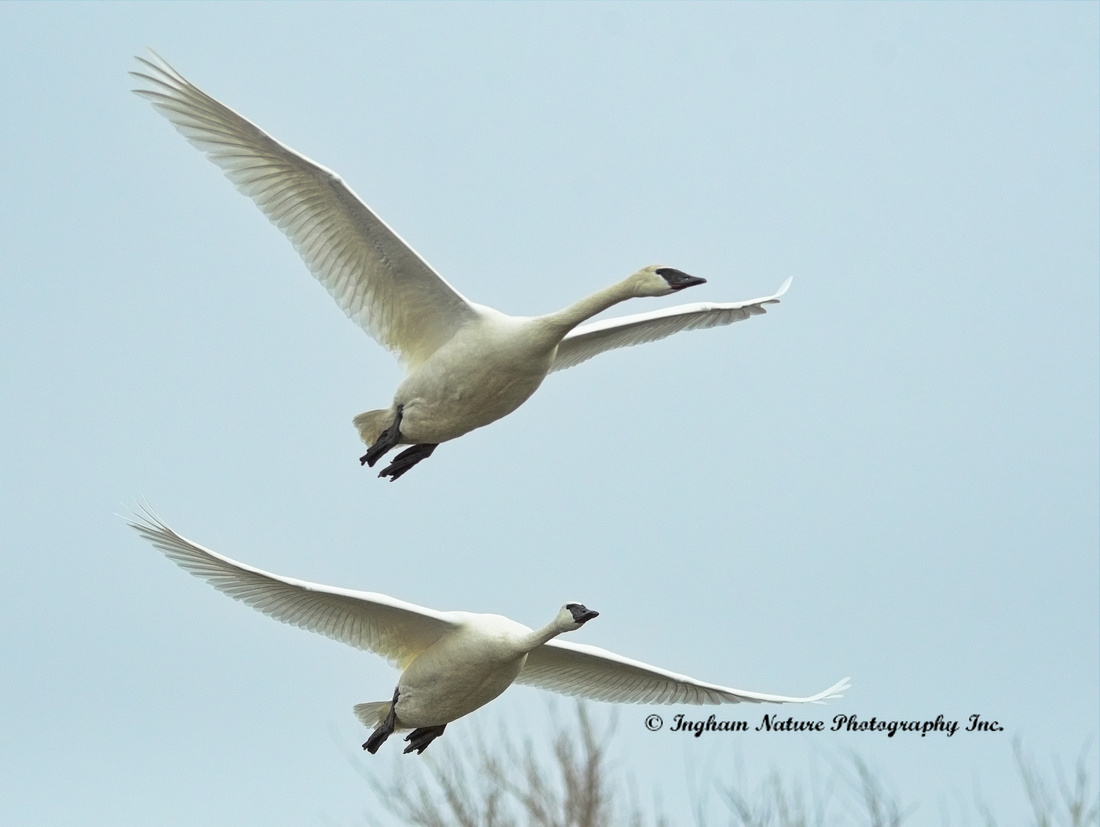 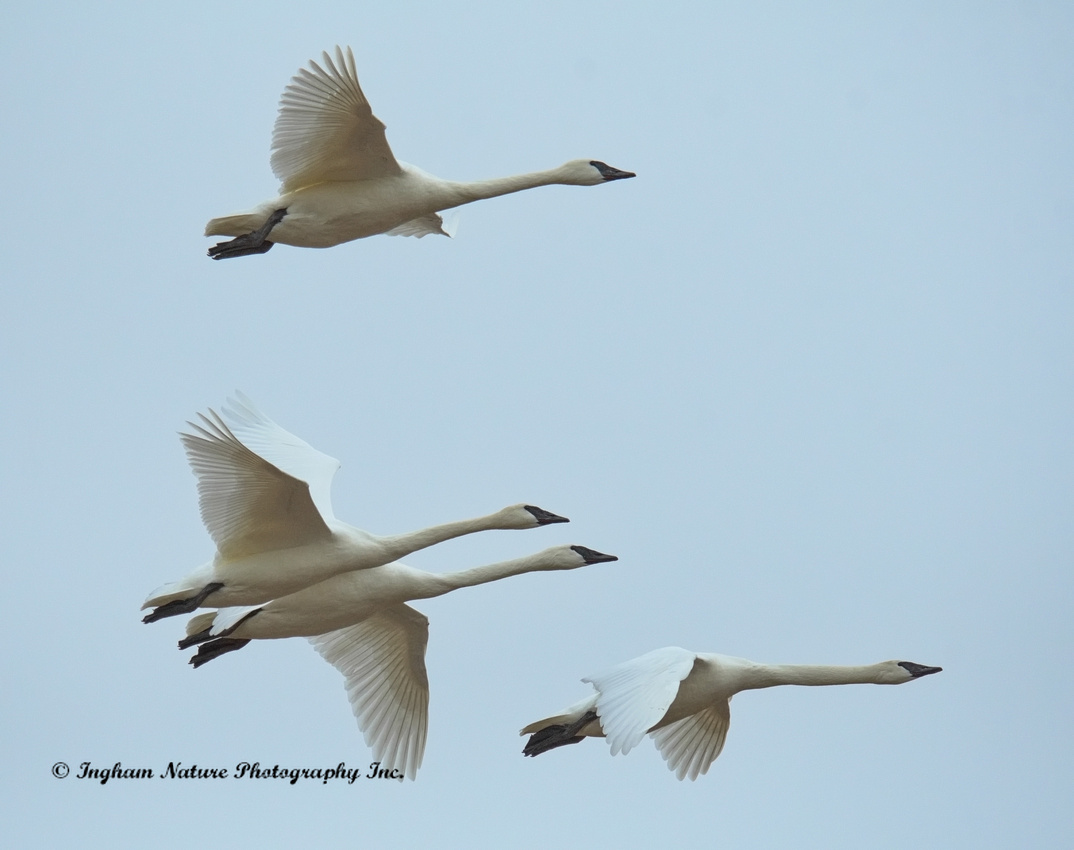 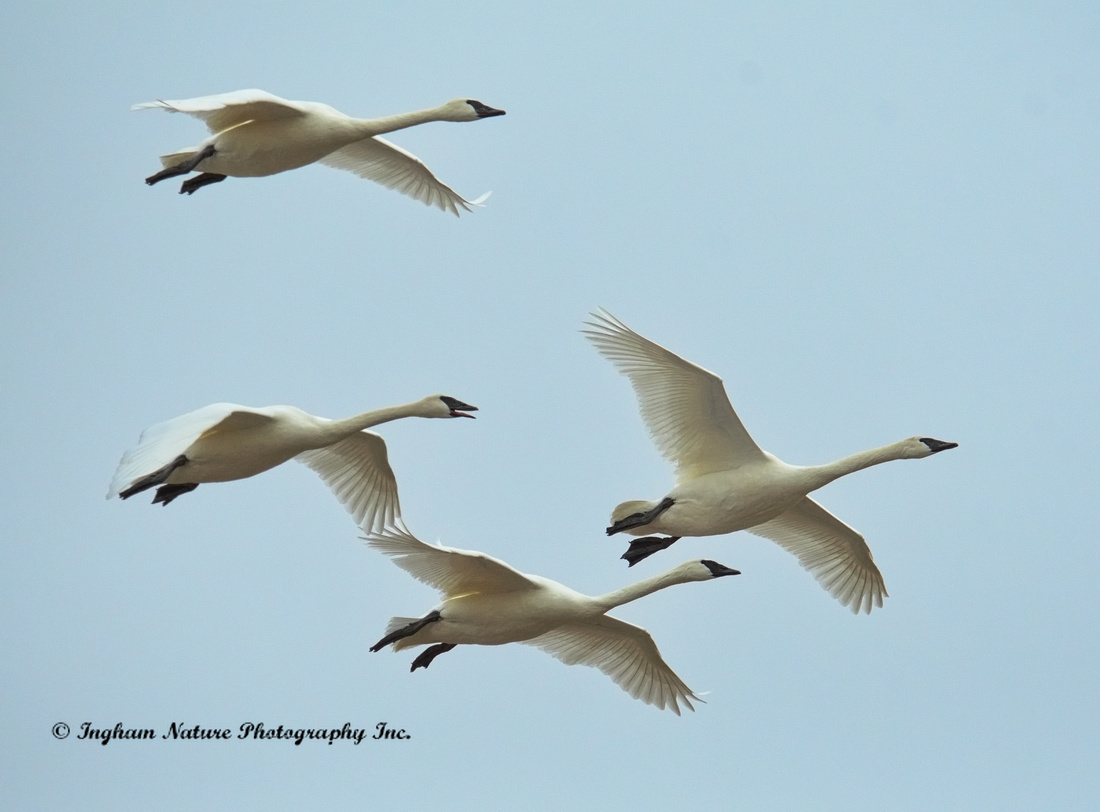 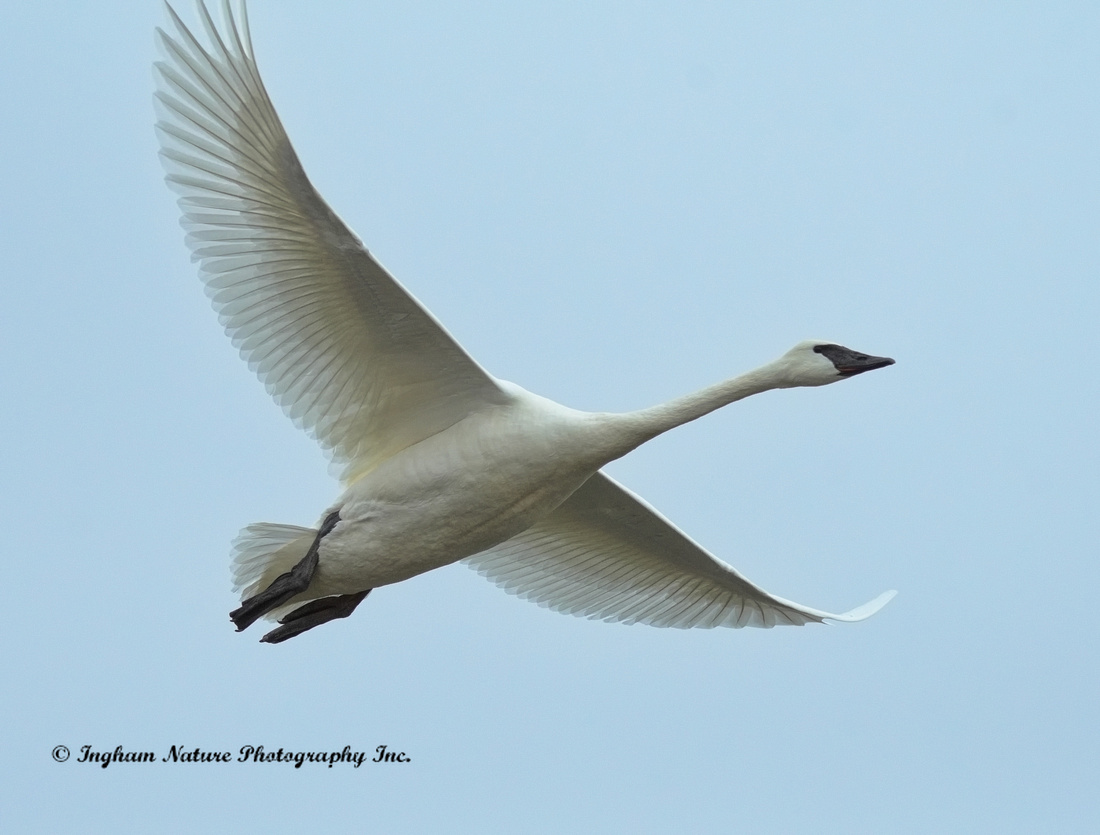 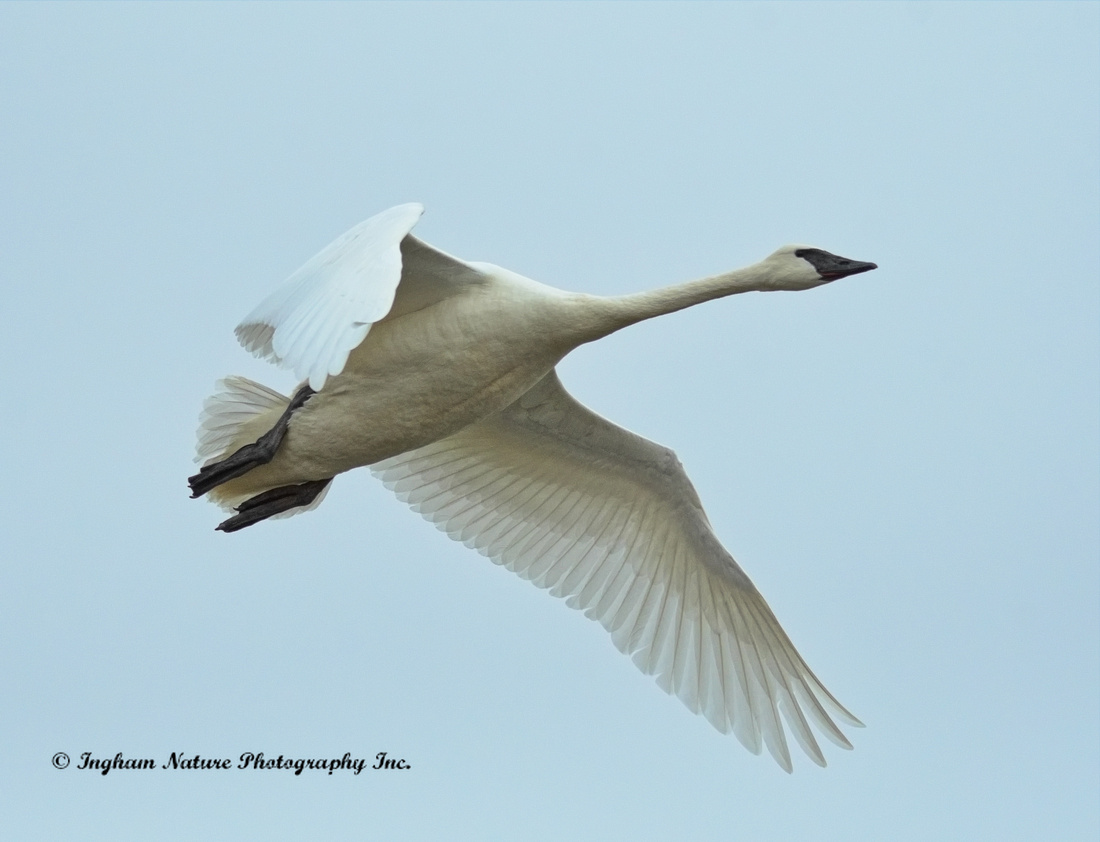 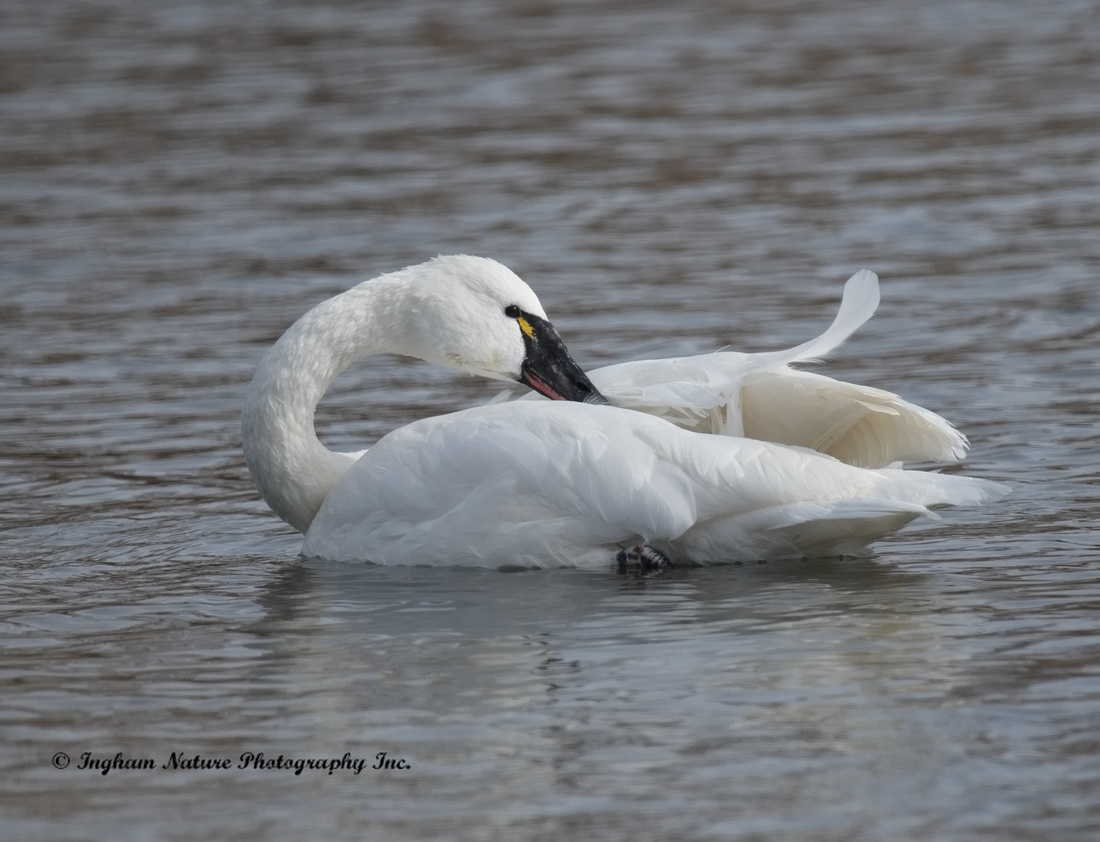 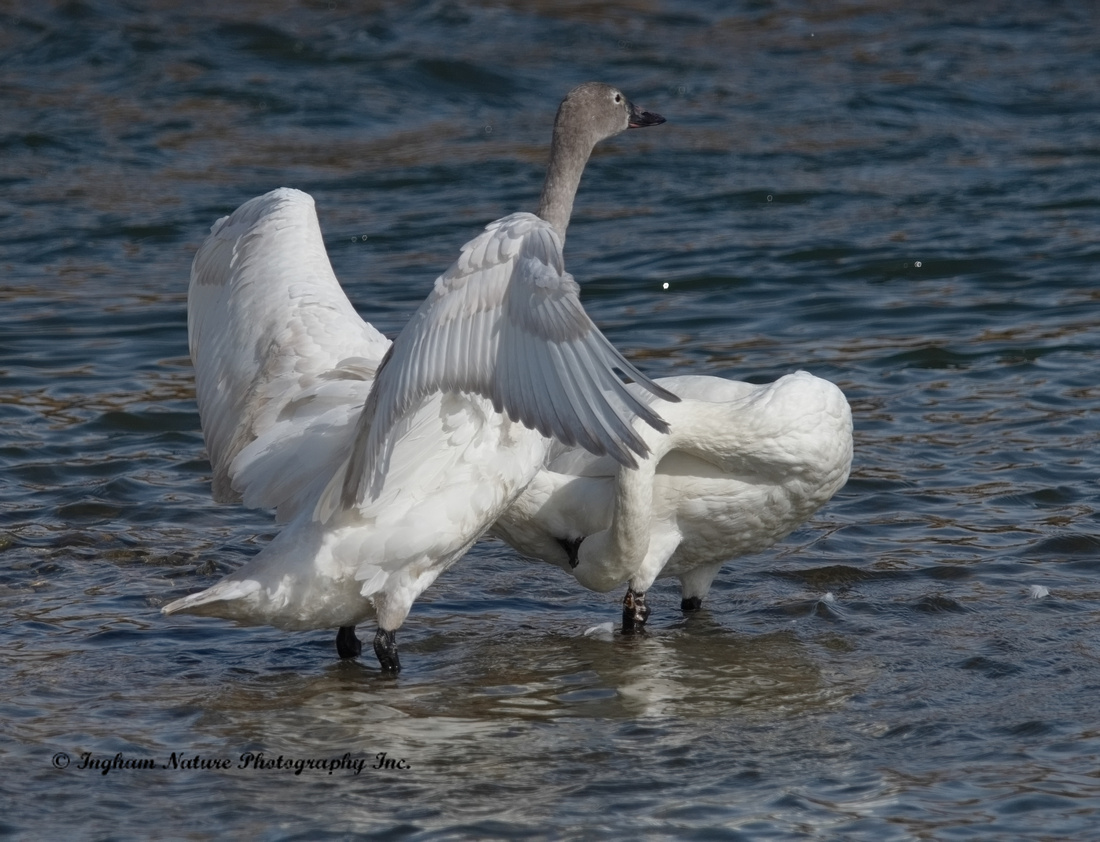 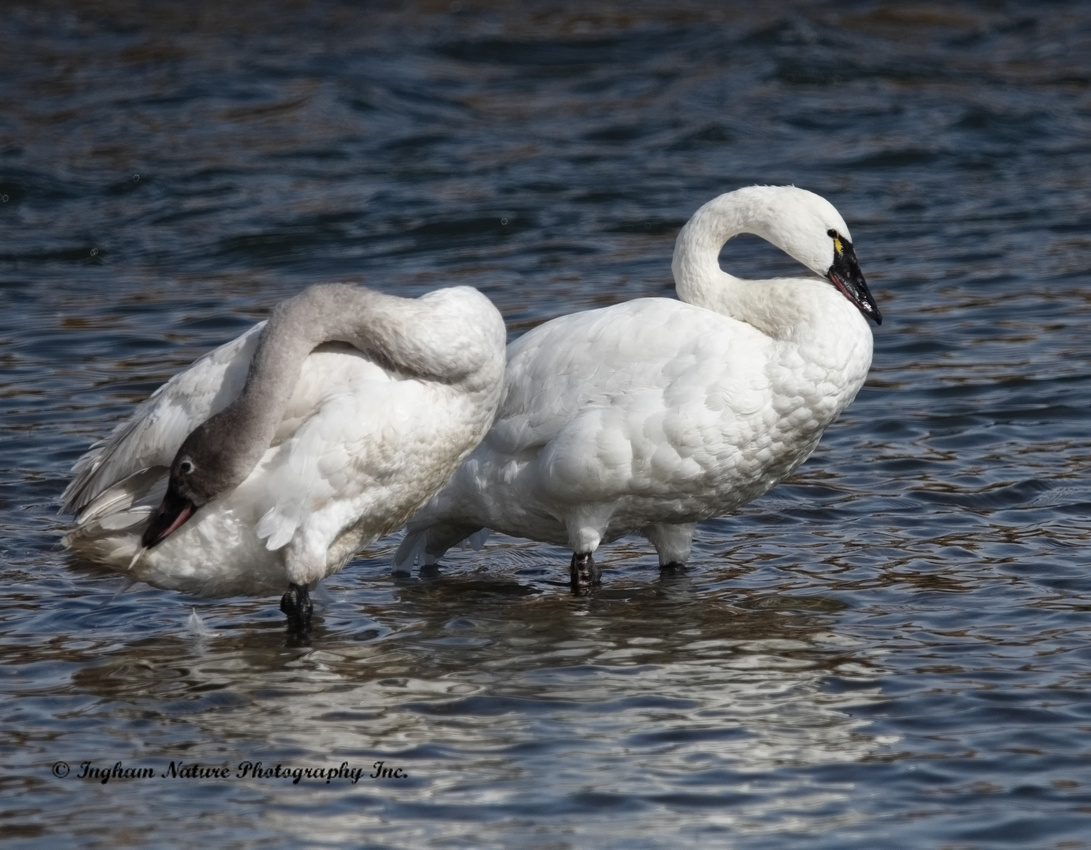