So I drove by the beaver pond early in the morning and it was almost clear of ice, the middle still being frozen. Might be a good time in the evening to see if there is any beaver activity.

When I arrived early evening, the ice because of the warmer temperatures, had completely melted and the beavers were already out.

I believe I saw three different ones, probably two adults and one youngster (probably just over a year old). They were, of course, busy doing their busy beaver activities, collecting branches and muddy grasses for their lodge, with some time out for munching on some beaver snacks.

Having reviewed the photos, I could identify the two adults because one has particularly clear & prominent eyes, perhaps female? (Photo #6 & Photo #7) The other large beaver had to be "Dad".

There was one brief moment when the youngster approached an adult with that soft "mewing" sound and they circled each other and then touched noses (Photo #9). I say mewing. It's the sound I have heard before when beavers audibly communicate with each other. It's almost a cross between a mew and a whimper and ever so sweet.

The other sweet sound was the chewing of twigs, etc. of the beavers, as they munched close to shore. It's one of those times, where there was just too much grass in the way to achieve a clear shot so the best option is to sit back and listen to some contented rodents. 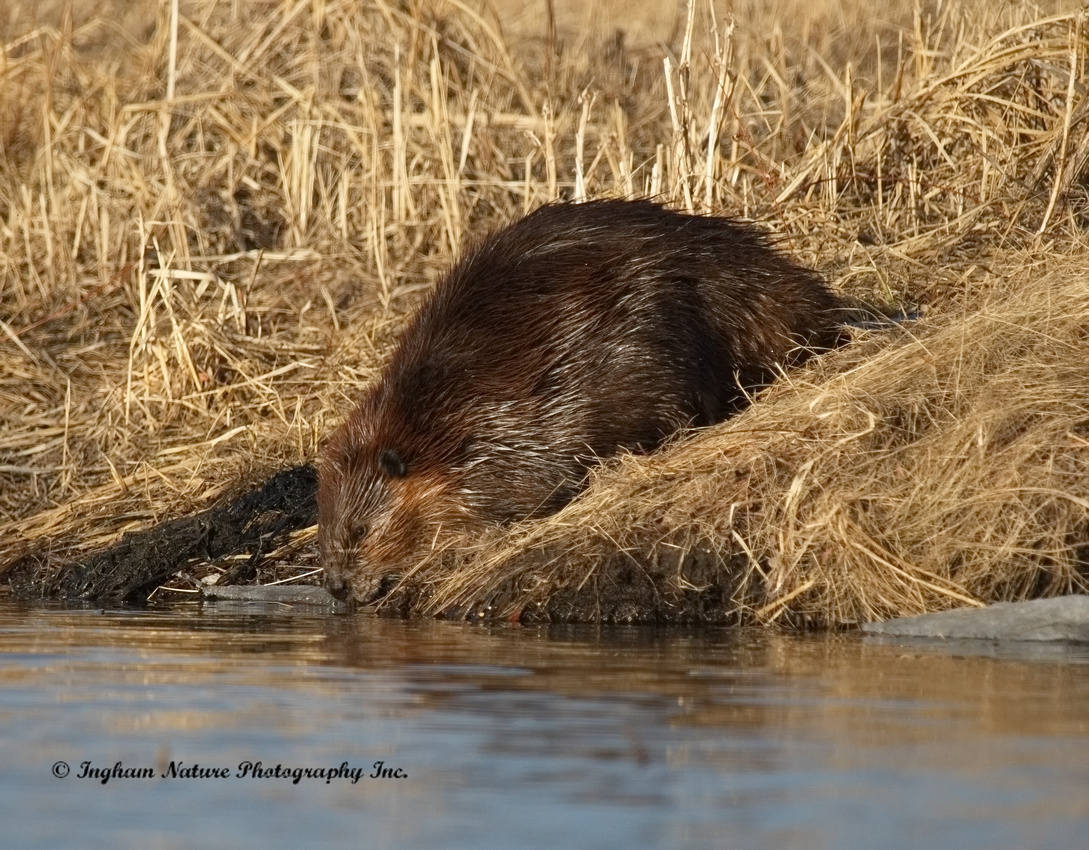 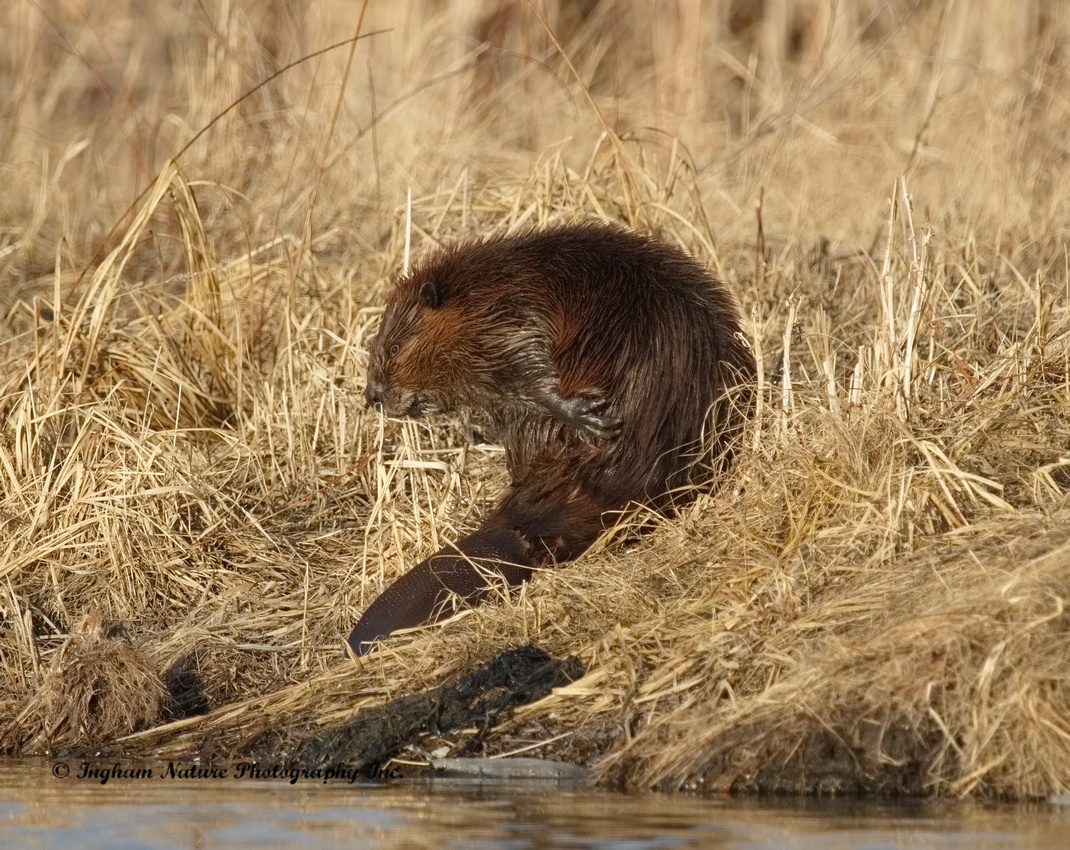 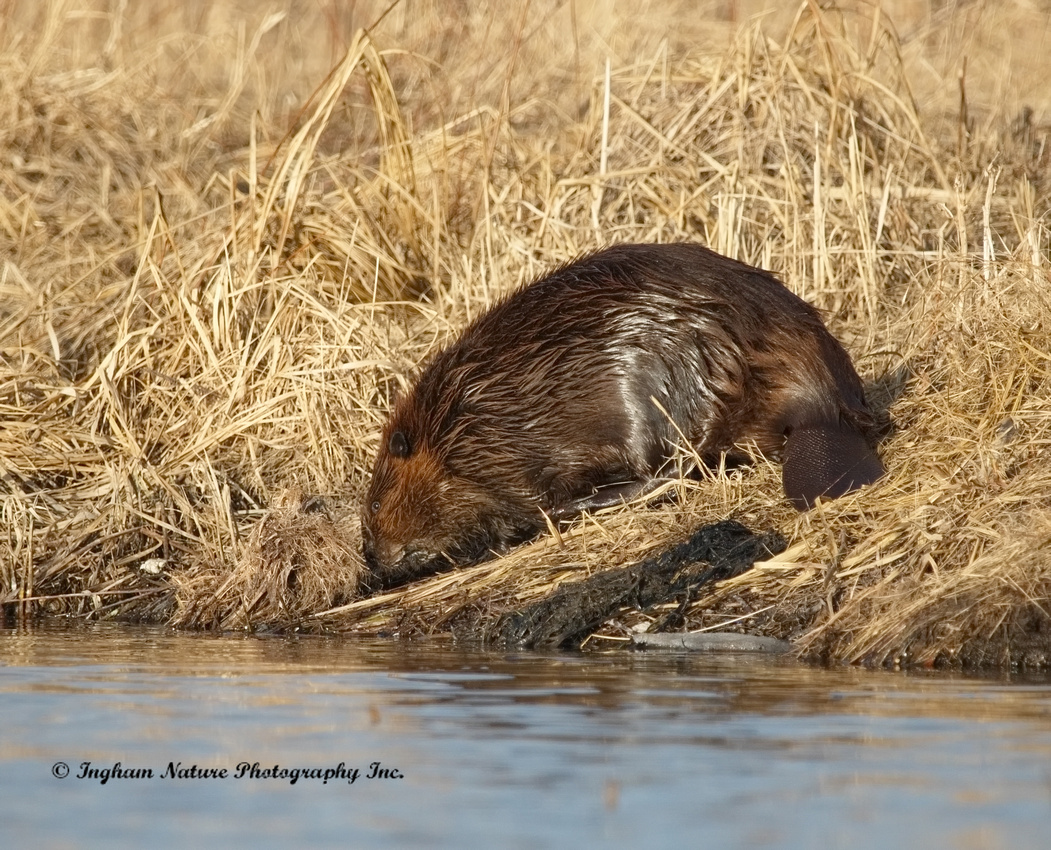 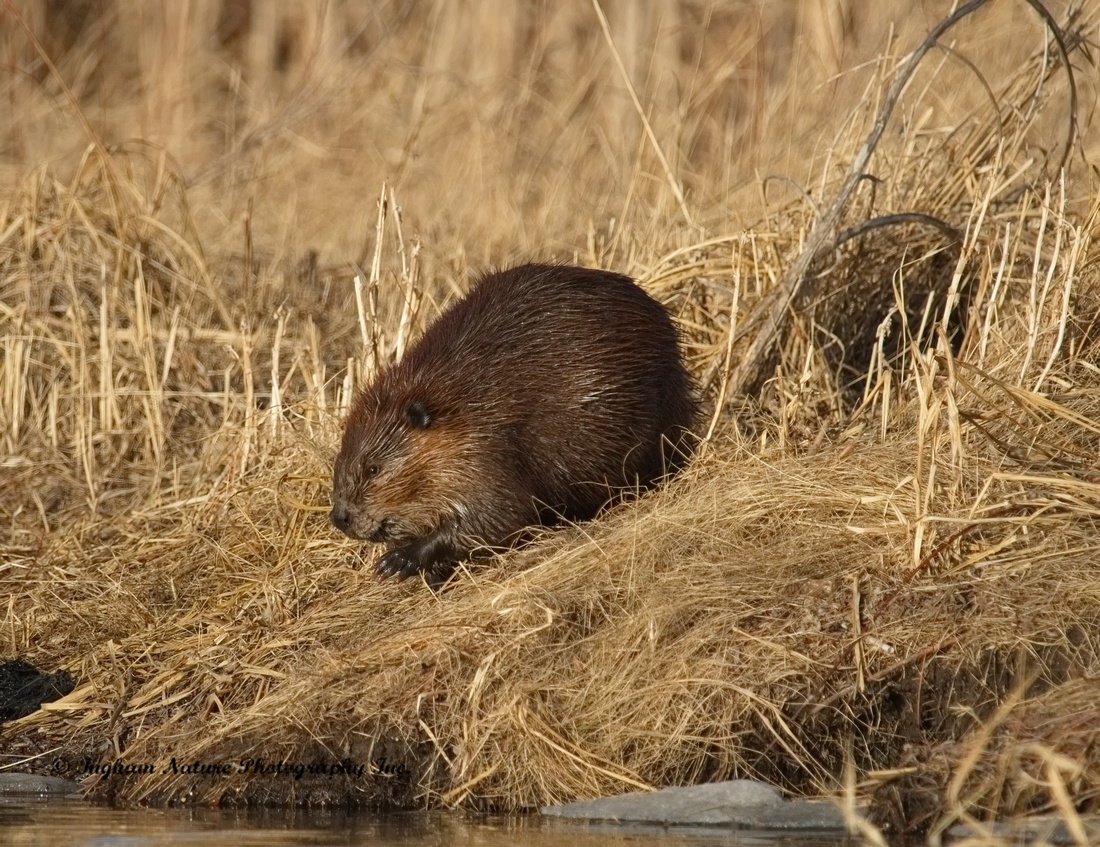 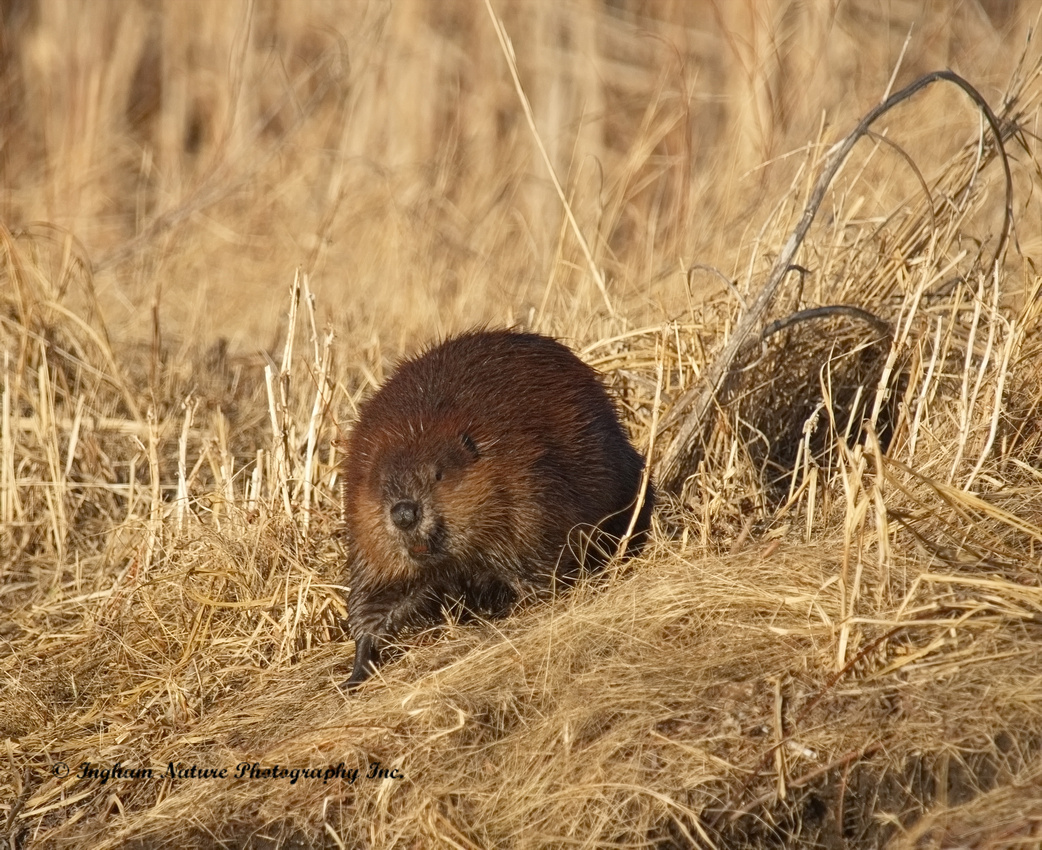 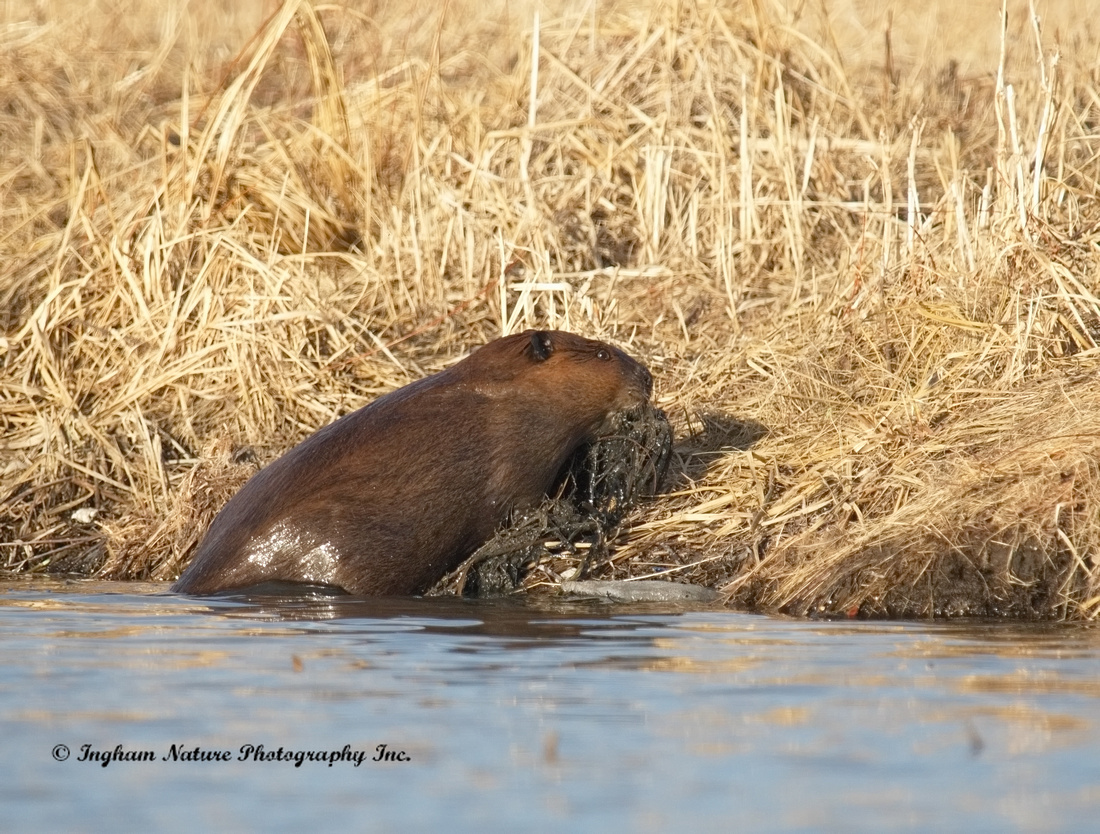 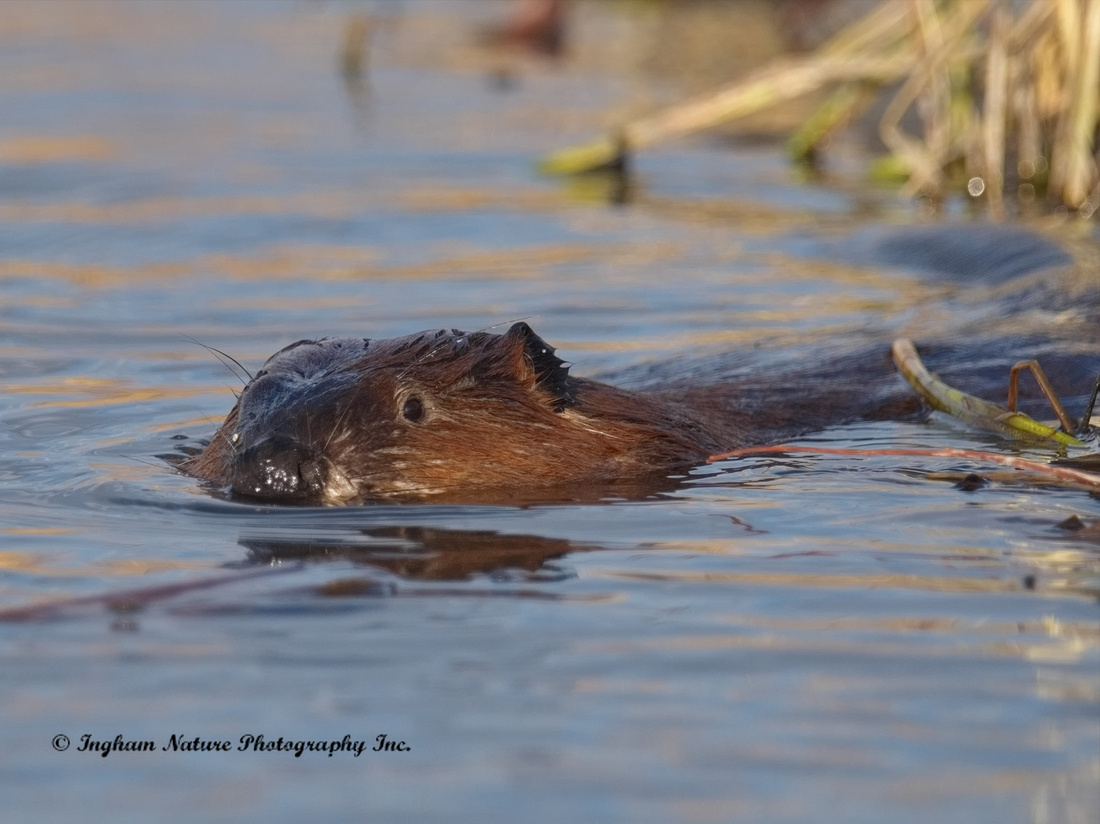 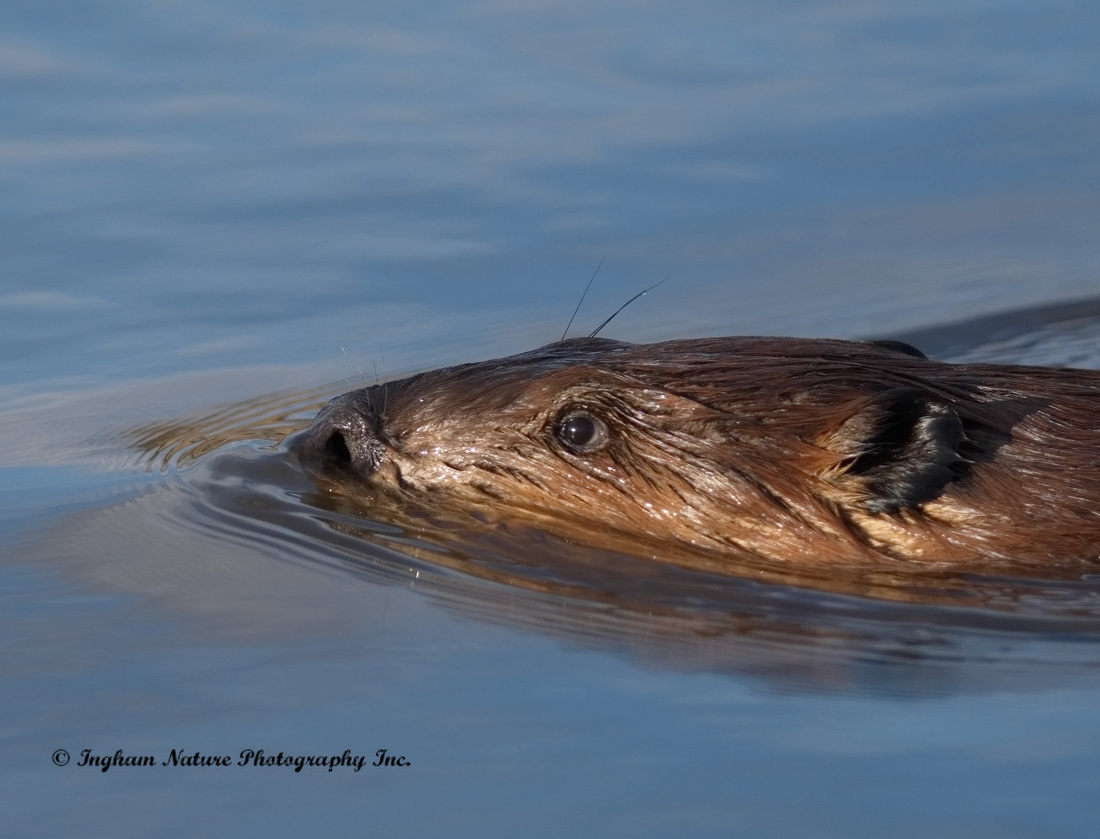 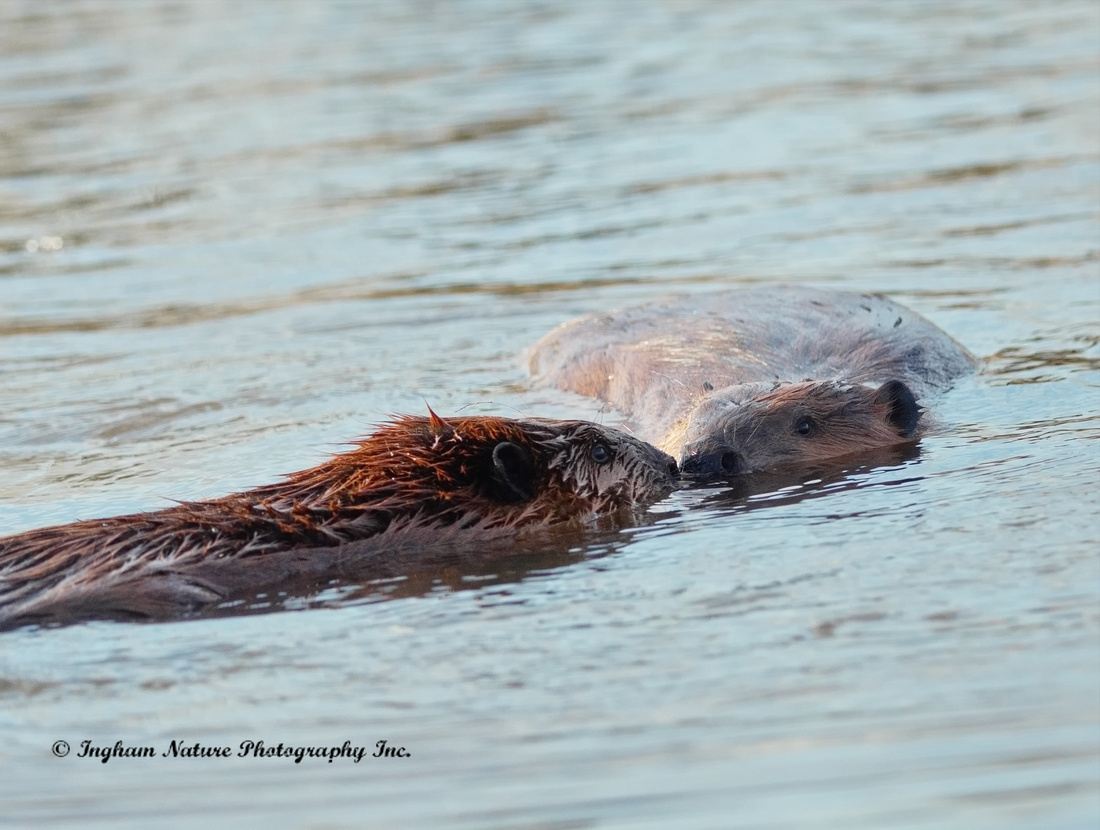