"WHAT GOES ON BEHIND THE SCENES" - Porcupine (North American)

"WHAT GOES ON BEHIND THE SCENES"

So it's back to one of my favourite rodents, again, the North American porcupine (also known as the Canadian porcupine?). It is a member of the New World porcupine family.

Now if you haven't seen the 1987 old classic advert for Kit Kat chocolate bars, starring two pandas (actors dressed in costumes), search it out. I believe it to be every wildlife photographer's nightmare. But again what you don't see, you don't miss.

I had that particular moment (thank goodness as a viewer) a week or so ago while watching a porcupine sleeping in a tree, close to a walking path. It was asleep with its back towards me and its furry brown face looking into the branches on the other side.

I hadn't been there long when a young couple approached, out for their afternoon walk and came across me. Anytime someone sees you with a camera, looking up, there is the inevitable question, "What are you looking at?". "Look behind you and up", I replied. They looked and were surprised & thrilled to see a porcupine in the wild. Unfortunately, at first glance, its backend was all you could see. Then after a few minutes, the porcupine turned sideways and they could see its face in profile.

After a few questions and thank you's, they continued on walking.

It couldn't have been more than 10 minutes, when "P" (let's call him that for now), woke up and moved from one side of the trunk to the other side via the limb network. He then proceeded to climb down the tree and into the surrounding shrubbery & log pile. You couldn't see much of P, what with the tall grass and logs but you could hear him munching away on some dead leaves. Occasionally you could see a few quills moving & the top of his head. So I just stood there taking it all in and watching his back (literally and figuratively) so that no harm would come to him. And no one came.

Then only minutes later, P climbed back up the tree to his original position and fell asleep. And that's when I left him.

I looked back as I proceeded down the path and if porcupines snore, P certainly would be. And yes, seconds later I met someone coming the other way. We exchanged "hello's" and then I watched as the individual passed by the sleeping porcupine, totally unaware of all the activity that had occurred over the duration of the past 5 to 10 minutes.

As porcupines go, even though I think they are all so sweet, this one has so much expression in its face, you would love to give him a "virtual" hug. 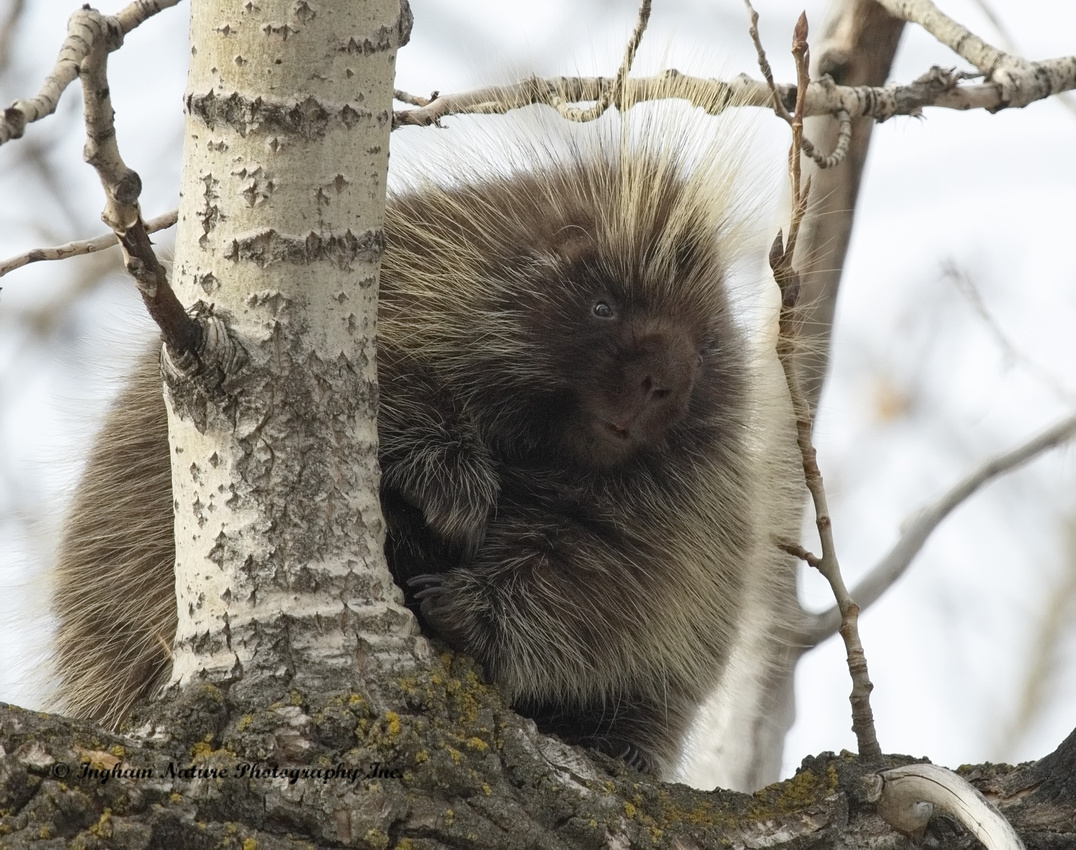 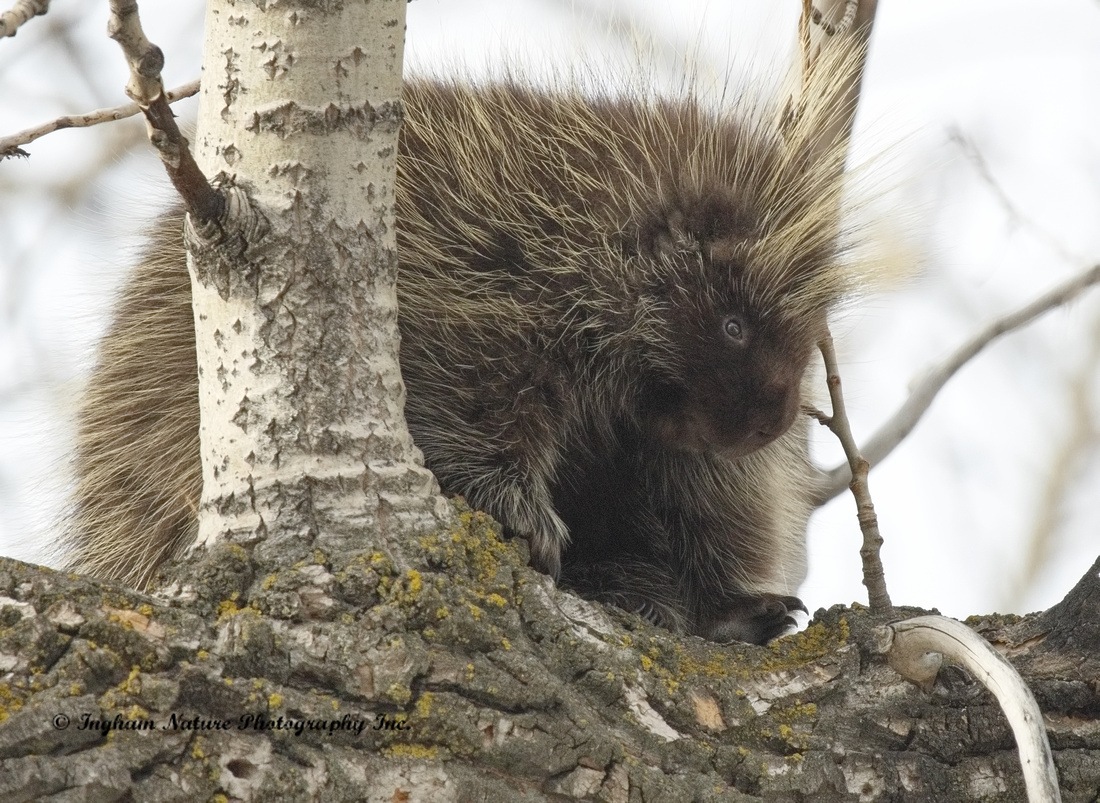 Porcupine - North American"MAKING OUR WAY ACROSS" Porcupine - North American"RUN FOR IT" 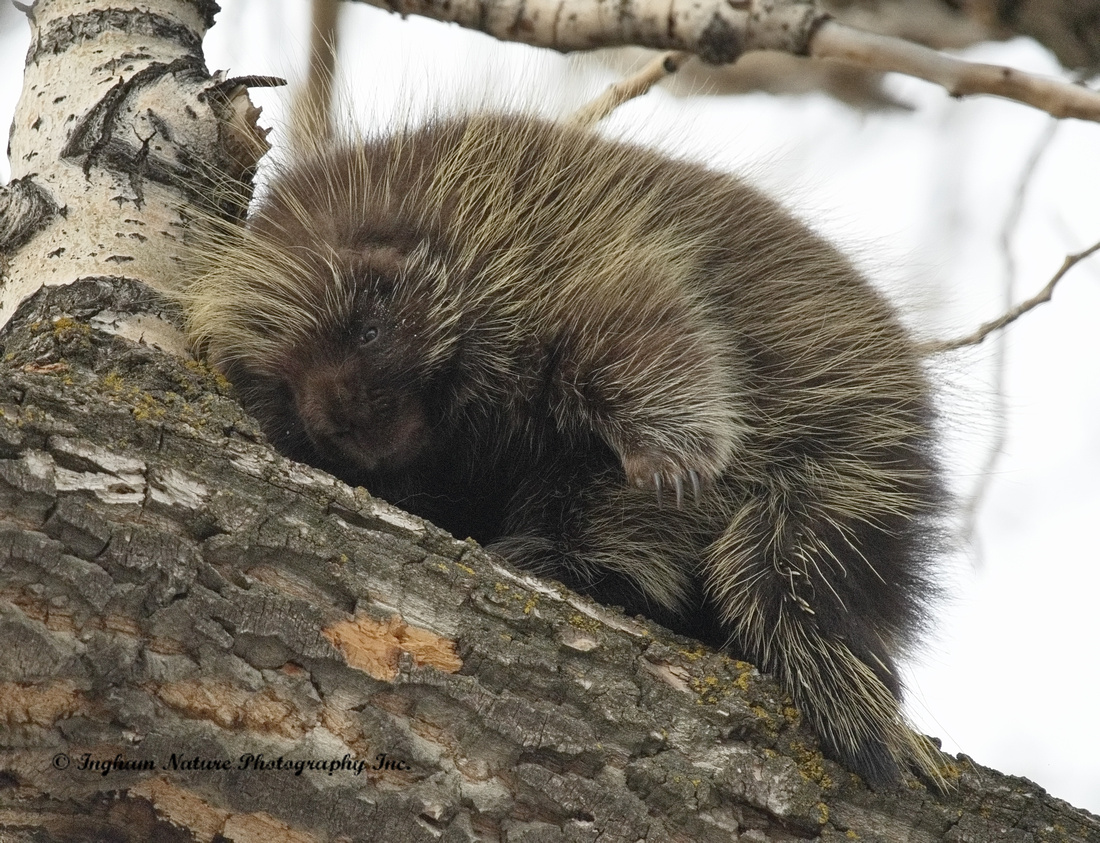 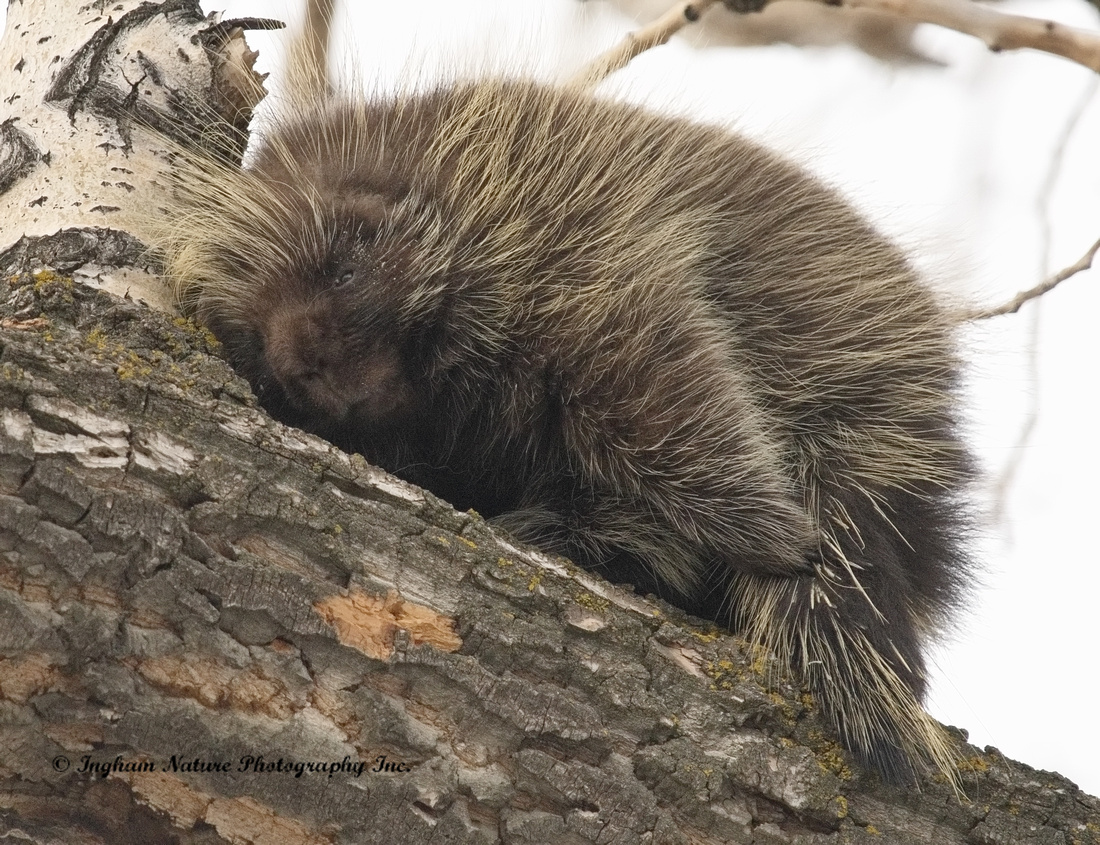 Porcupine - North American"NOW ON TO THE TAIL"

Porcupine - North American"AND IT'S DOWN WE GO!" Porcupine - North American'TAIL UP GOING DOWN" 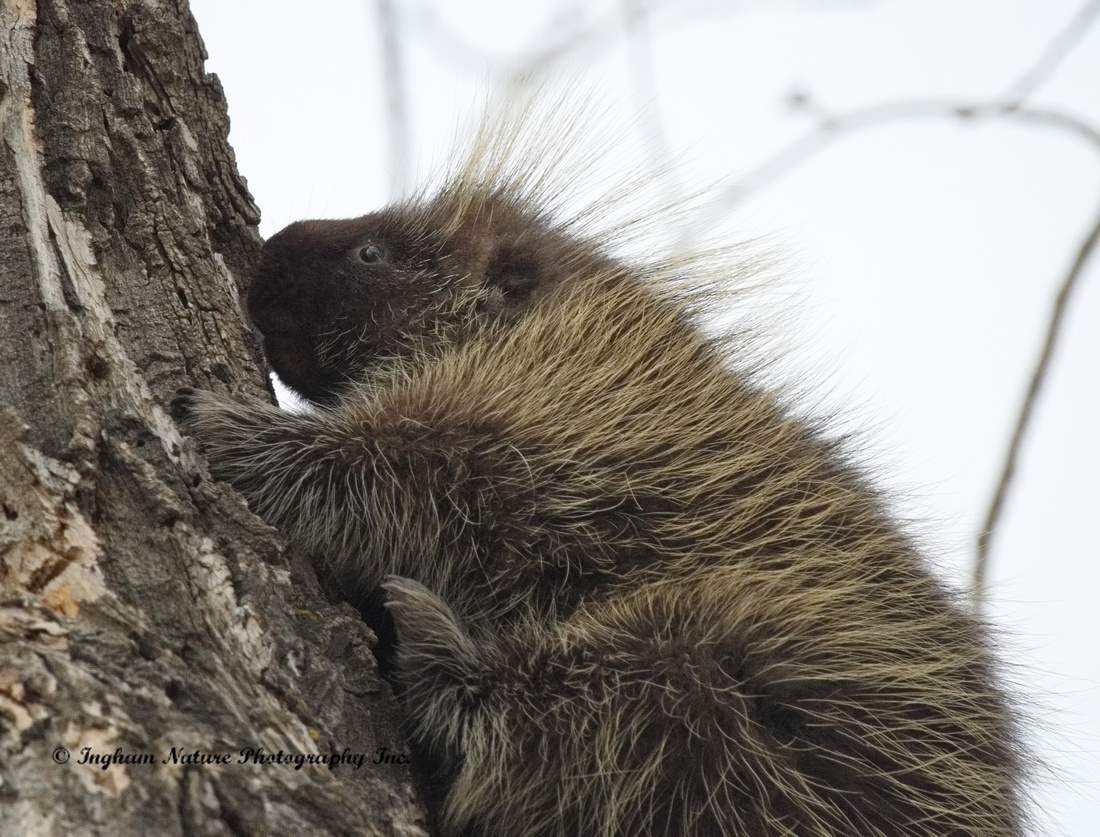 Nigel Currah(non-registered)
All wonderful but I like No3 as it looks like he has suddenly spotted you.
Urszula(non-registered)
Absolutely marvellous photos!
I just love all of them, but as usual I have my favourite. It is the one with the visible pad of his/her foot.
You managed to get all the features beautifully. Our P looks quite young, don't you think?
And I'm envious of all the activities you've witnessed, but you deserve it with all the patience :)
No comments posted.
Loading...
Subscribe
RSS
Recent Posts
"EACH ONE DESERVES RESPECT & PROTECTION" - Great Horned Owls "LATE TO THE PARTY - PARTY ANIMAL" - Weasel (Long Tailed) "WHAT ARE THOSE OSPREYS DOING NOW?" - Ospreys "LATE TO THE PARTY" - Weasel (Long Tailed) "BLACKBIRD SINGING ..... " - Blackbirds (Red Winged & Yellow Headed) "SPIDERMAN, SPIDERMAN - DOES WHATEVER A ..." - Porcupine (North American) "THE AW FACTOR" - Porcupine (North American) "THE DEMONIC MINK" - Mink (North American) "A WINDOW INTO A PORCUPINE'S WORLD" - Porcupine (North American) "A PREDATOR'S LIFE IS NOT AN EASY ONE" - Coyote
Keywords
Archive
January February March April May June July August September October November December
© Ingham Nature Photography Inc.
Powered by ZENFOLIO User Agreement
Cancel
Continue