I first saw this coyote on the edge of a walking path. At first, I thought it was a dog that had gotten loose from a dog walker I had just passed. It had quickly looked at me, looked at the dogs and their owner and had gone in the complete opposite direction from us.

As all her three dogs were very small terriers (all on leads), I took a second look and the coyote had disappeared into the underbrush like a ghost. I met her again on the way back. She, too, had spotted the coyote and had decided to change the direction of her walk to move away from it just in case.

By following along a parallel path, I managed to catch up to the coyote from a distance. Again a gentleman walking his Great Pyrenees on leash had spotted it in the meadow. He took a few minutes to wait for the coyote to go in deeper and then walked on. Although his dog repeatedly pulled him over to the edge of the path, the coyote continued to go deeper into the grasses. At one point, it actually sat among some shrubbery, keeping a low profile (Photo #4). It stayed there for some time until both man and dog had gone some distance before coming out and going on its way, looking for prey in the meadow.

As you will see from the photos, this is one beautiful example of "Canis latrans", which translates to "barking dog". He/she demonstrated how we can all live in harmony with wildlife providing we, as humans, follow the following rules:

1. Do not feed wildlife. It may be hard for us to understand but they do very well on their own, keeping to their natural diet.

2. When in areas where signage indicates "All dogs must be on leash", please adhere to that rule. We may not see wildlife such as coyotes but they certainly see us. Coyotes can have dens and/or pups in an area and like all parents, are very protective of their young.

3. If the area is an off leash area, please ensure your dog has excellent recall and returns to you immediately you call. And always keep an eye on your pet so that it doesn't go too deep into an area where there are not only coyotes but deer and other wildlife such as porcupines. Off leash doesn't guarantee without hazards.

This canid certainly showed how respectful it was of humans. We should always try to reciprocate just like the two individuals above walking their dogs. 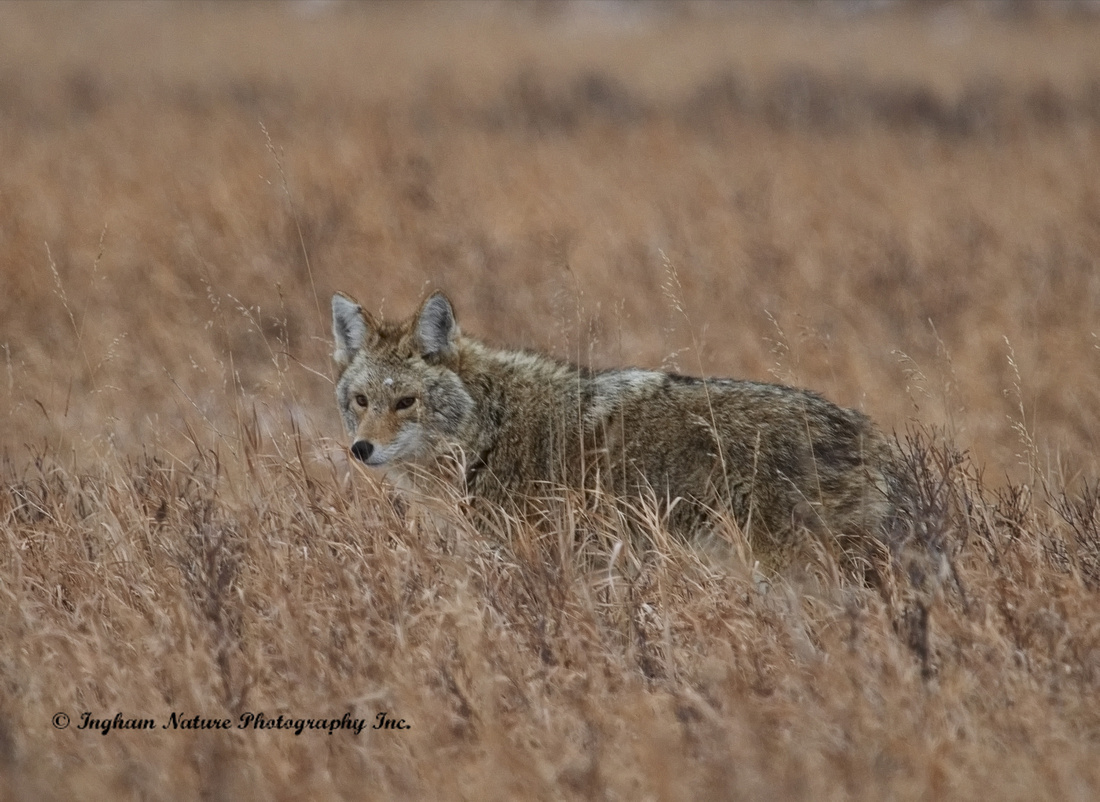 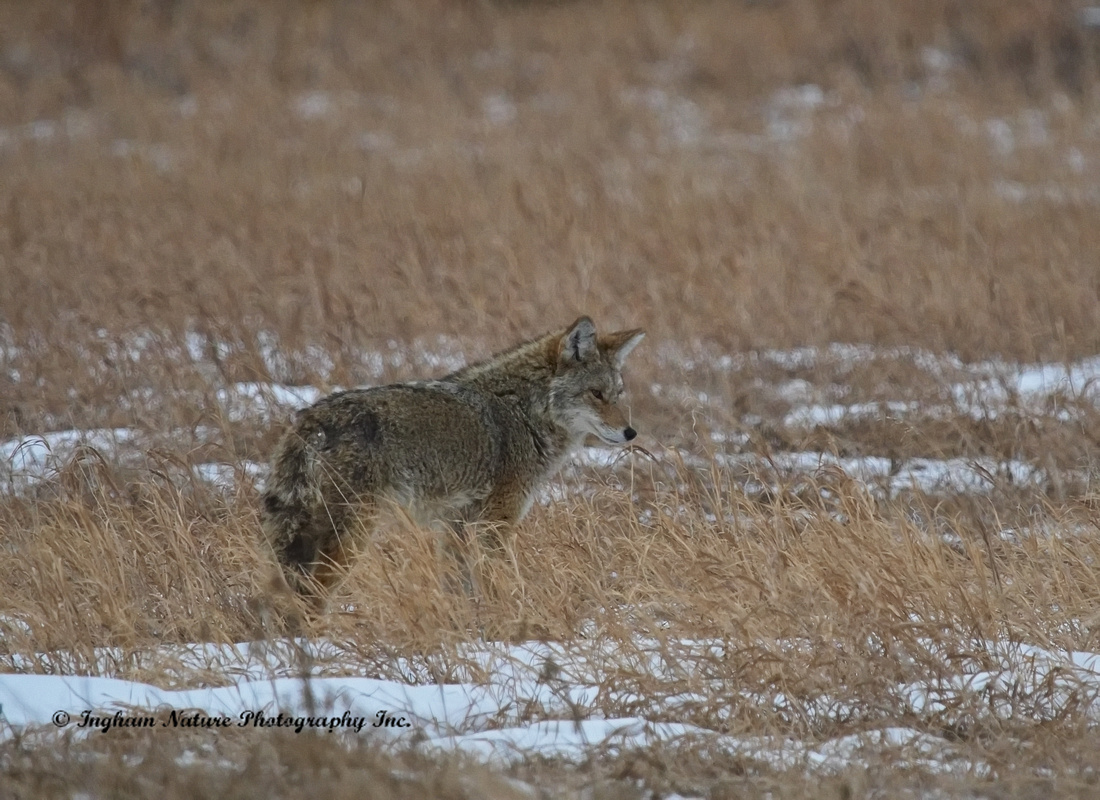 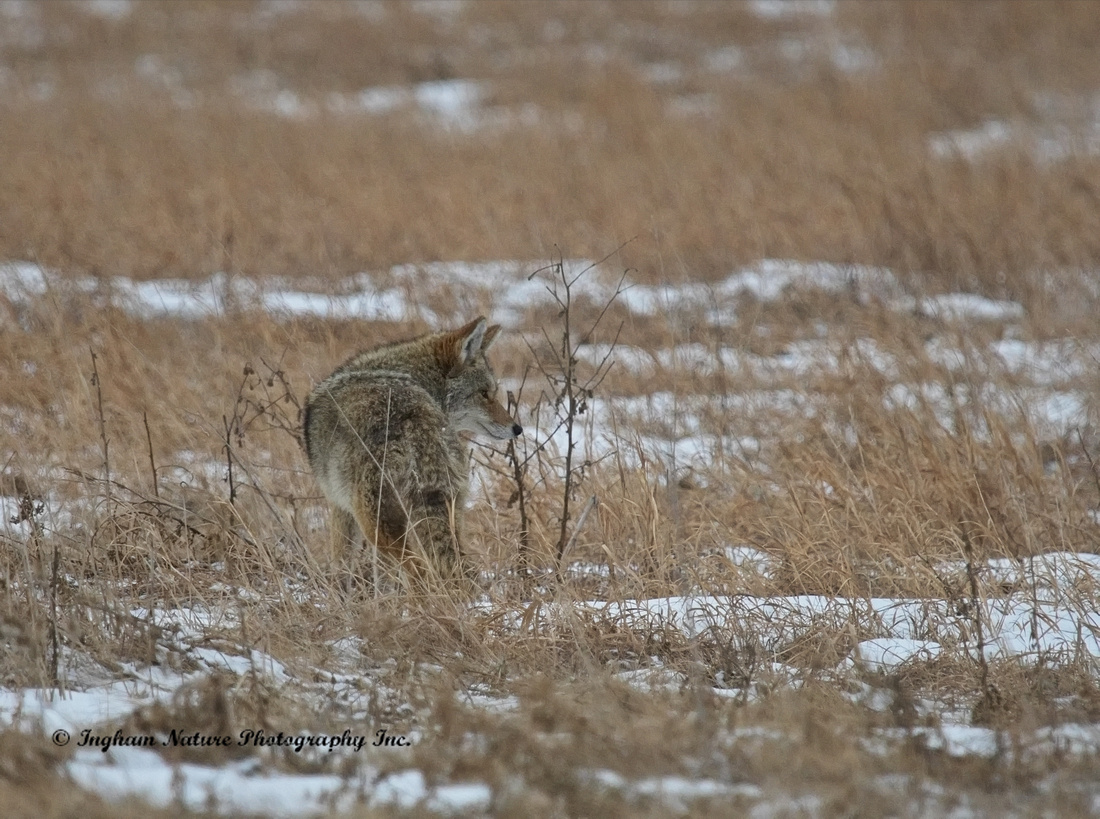 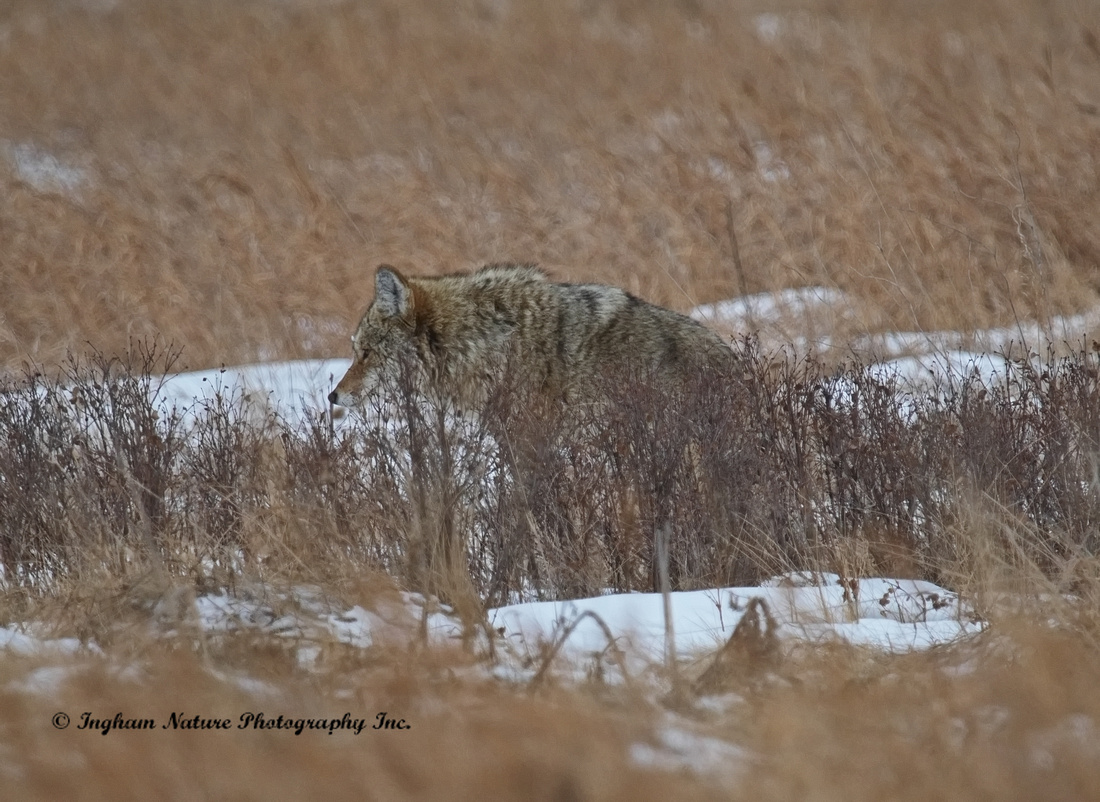