"THANKS FOR THE CONVERSATION" - Coyote

"THANKS FOR THE CONVERSATION"

This conversation was between a pair of coyotes and from their sizes & demeanors, I would say a partnership of male & female.

I was actually in the area scouting for coyotes when I heard the coyote cries/howls coming from very close-by. It was a conversation between these two and I was the eavesdropper, (although I don't believe they cared). And thanks to that vocal exchange, I knew that coyotes were in the near vicinity.

Now I knew where the sound was coming from. It was now a matter of trying to locate movement within the shrubbery & snowy surrounding and flat light. I spotted the larger one first, who I assume was the male, tracking every so often, with his nose to the snow, sniffing & listening for mice/voles (Photo #5). As he headed toward the bottom of a small uprising, I spotted the second coyote, smaller (but fully sized) and appearing to be a little more timid. Believe this must have been his mate.

She quickly trotted across the meadow and up the small hill, where she paused for a few seconds (Photo #7), then turned south along the small ridge and back down into the treed area and her mate quickly followed her.

Although never venturing too close, they both came in my direction to where I was standing & then leisurely trotted on looking for small rodents, etc. for their morning meal. Both were extremely relaxed & appeared content in their own environment, minding their own business of finding small prey (perhaps, even a pheasant if they were lucky).

Not more than 15 minutes later, a couple of dog walkers arrived into the area, with dogs off leash (a prohibited practice in the Provincial Park), probably none the wiser. The coyotes had long moved on, most likely into the more thickly forested areas where people do not travel or cannot access and I had lost sight of them. 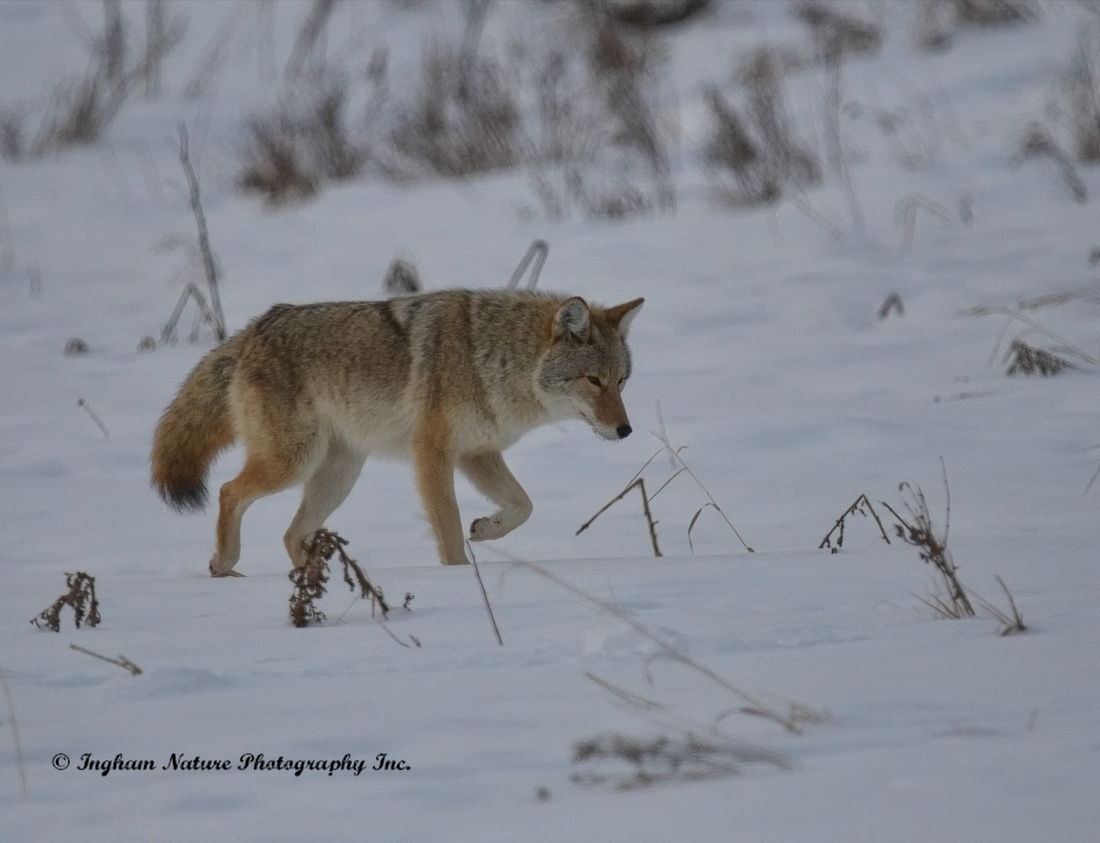 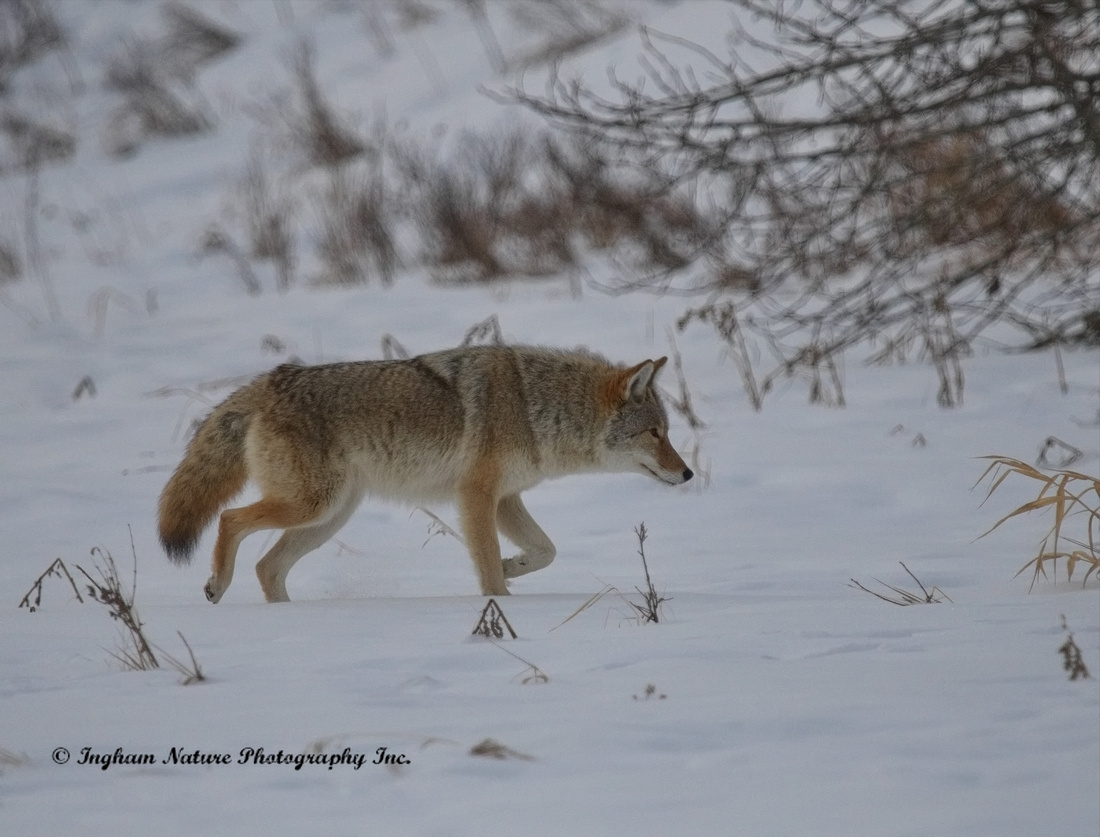 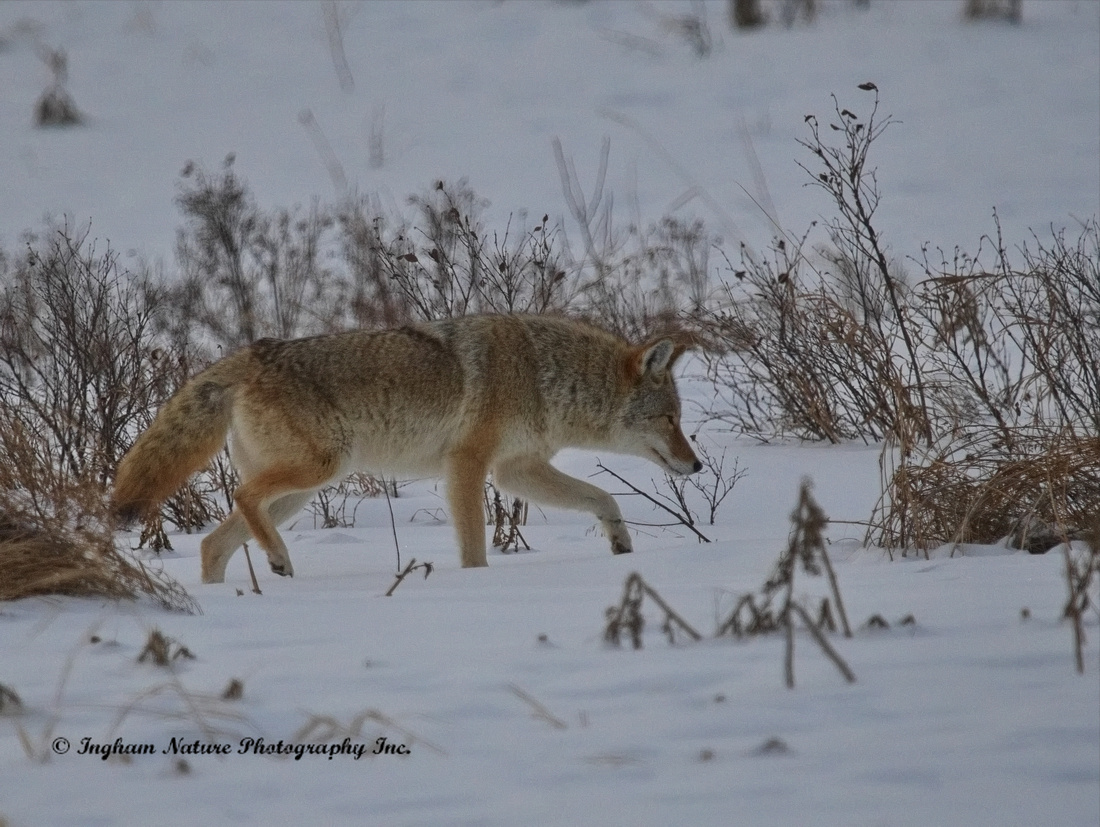 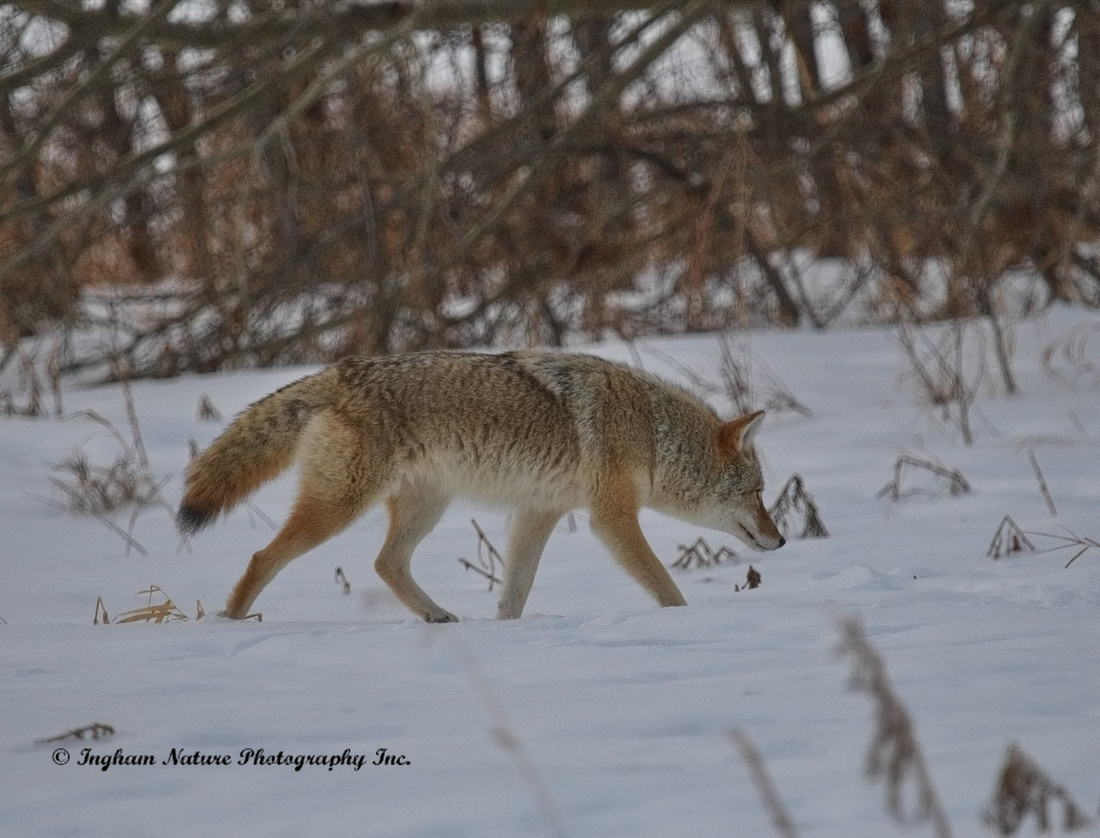 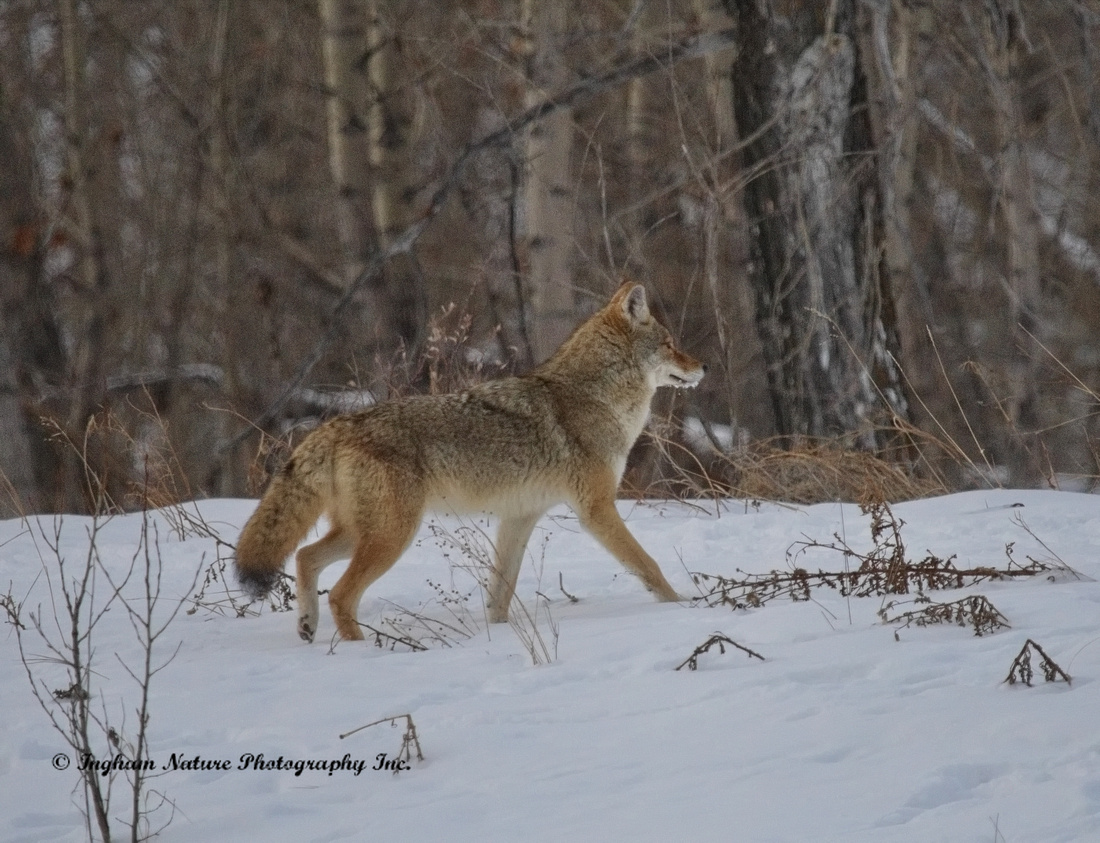 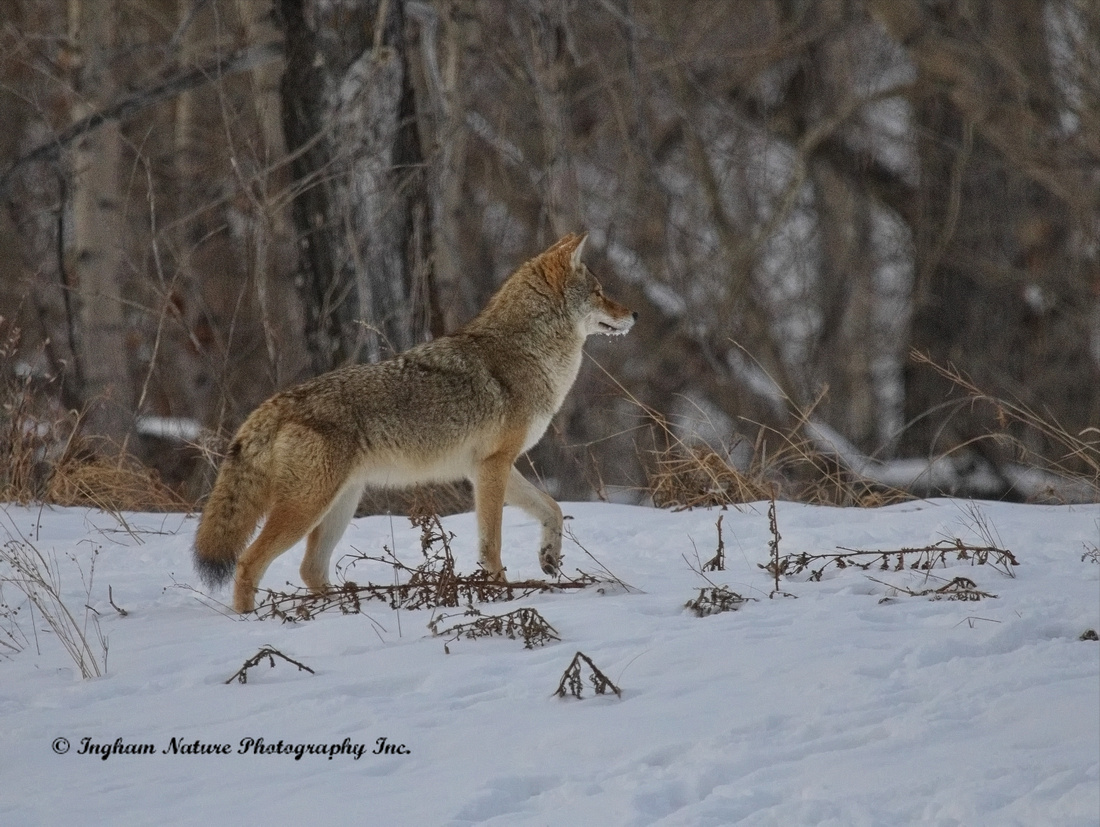