Alberta, CA certainly has its share of extremely blue skies. One reason behind their vibrancy could be is that higher altitudes have less atmosphere to scatter light hence it appears lighter & brighter.

The following photos of two different Bald Eagles were taken on two different days. The first set (Photo #1 through Photo #8) was on a day in the early afternoon where the north wind was blowing in fluffy white clouds; hence the dramatic contrast in some of the photos. I don't add blue skies to my photography. The change in the lighting is due to the tracking of the flying bird. This mature eagle was literally just chilling out by the Bow River, Calgary, AB and appeared quite happy to perch and watch any people traffic passing under its tree and any incoming waterfowl.

The second set (Photo #9 & Photo #10) were taken on a completely blue sky day in the late afternoon. I had had a bit of a quiet day for photography so when this eagle did a wonderful fly by and angled just at the right moment, it made it all worthwhile. And because the tracking was minimal, the lighting basically remained constant. 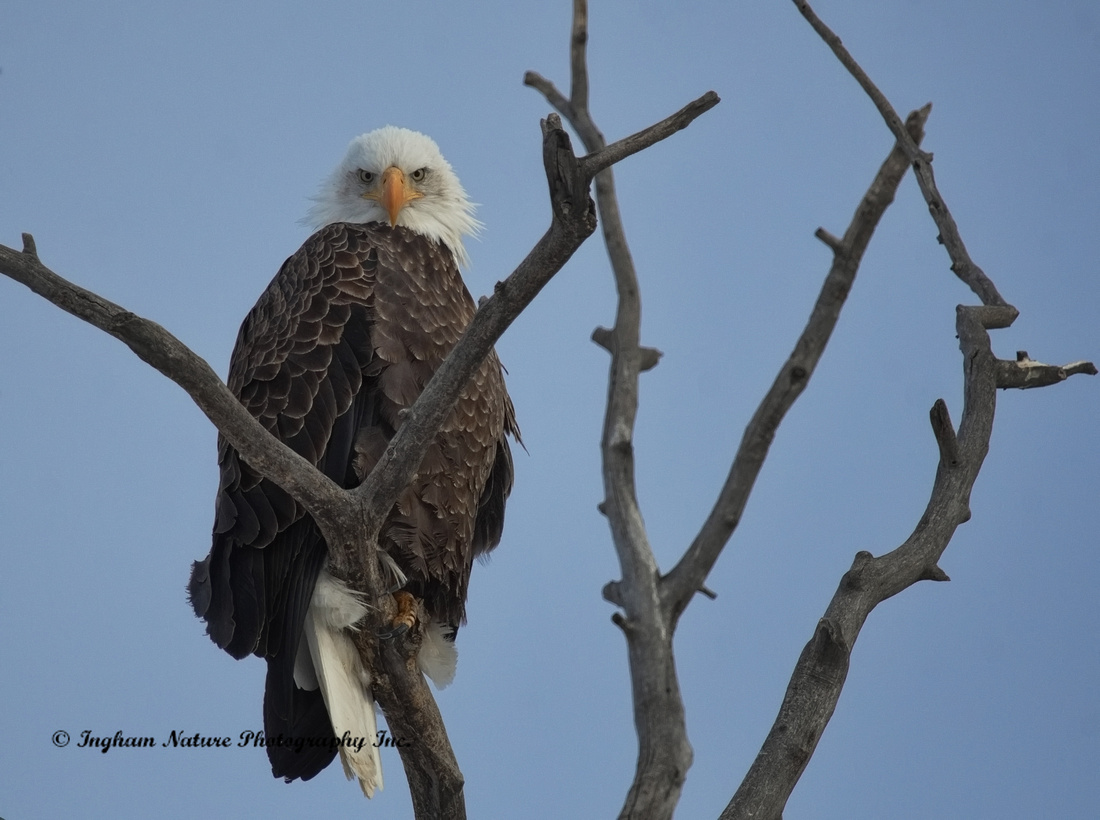 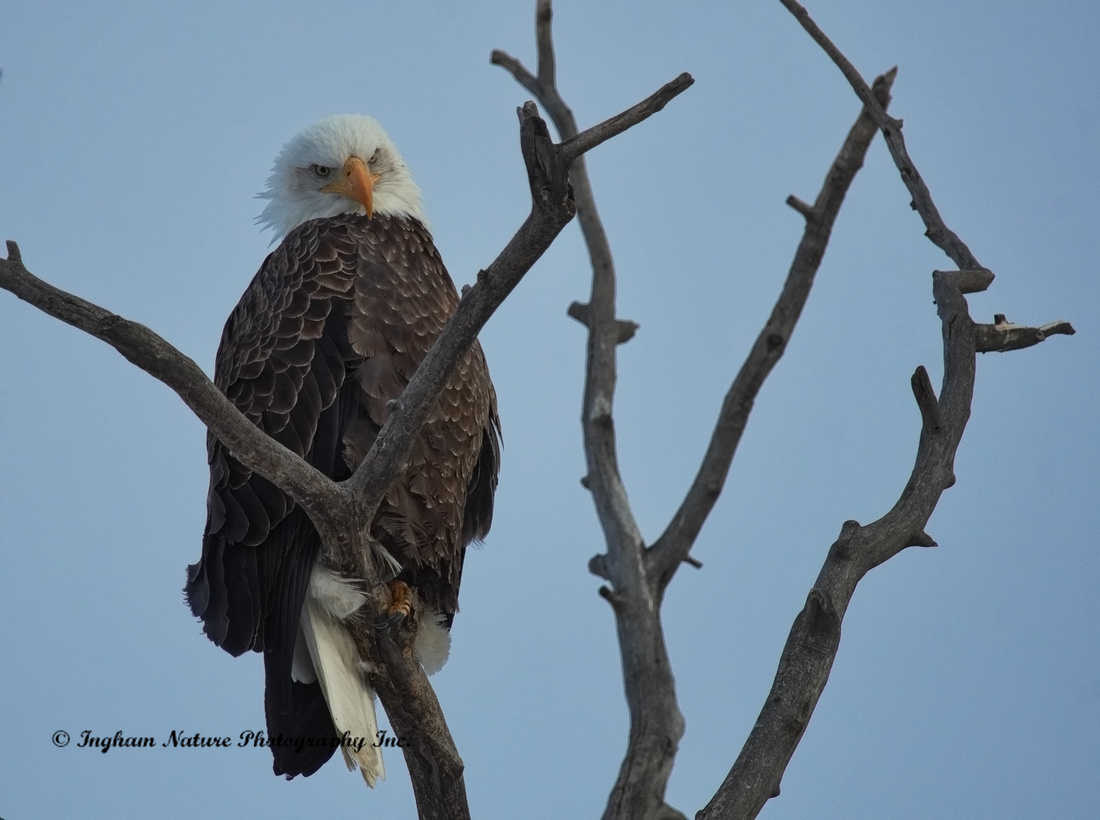 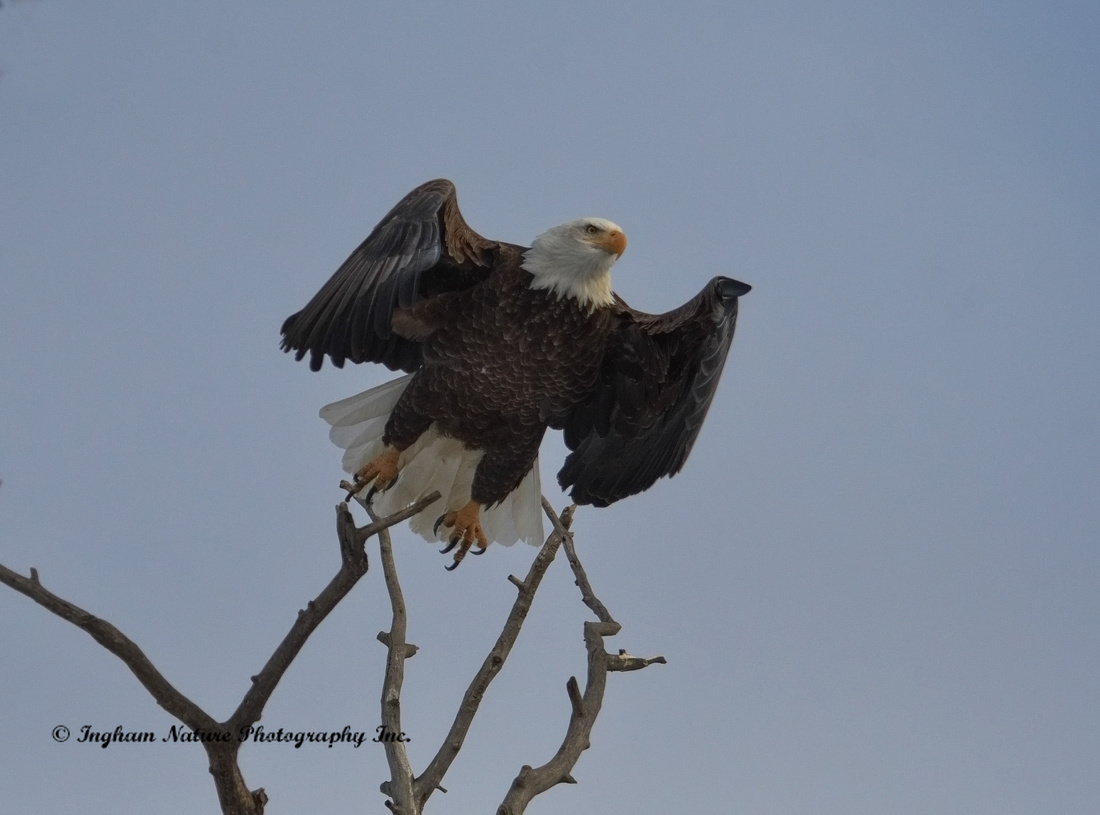 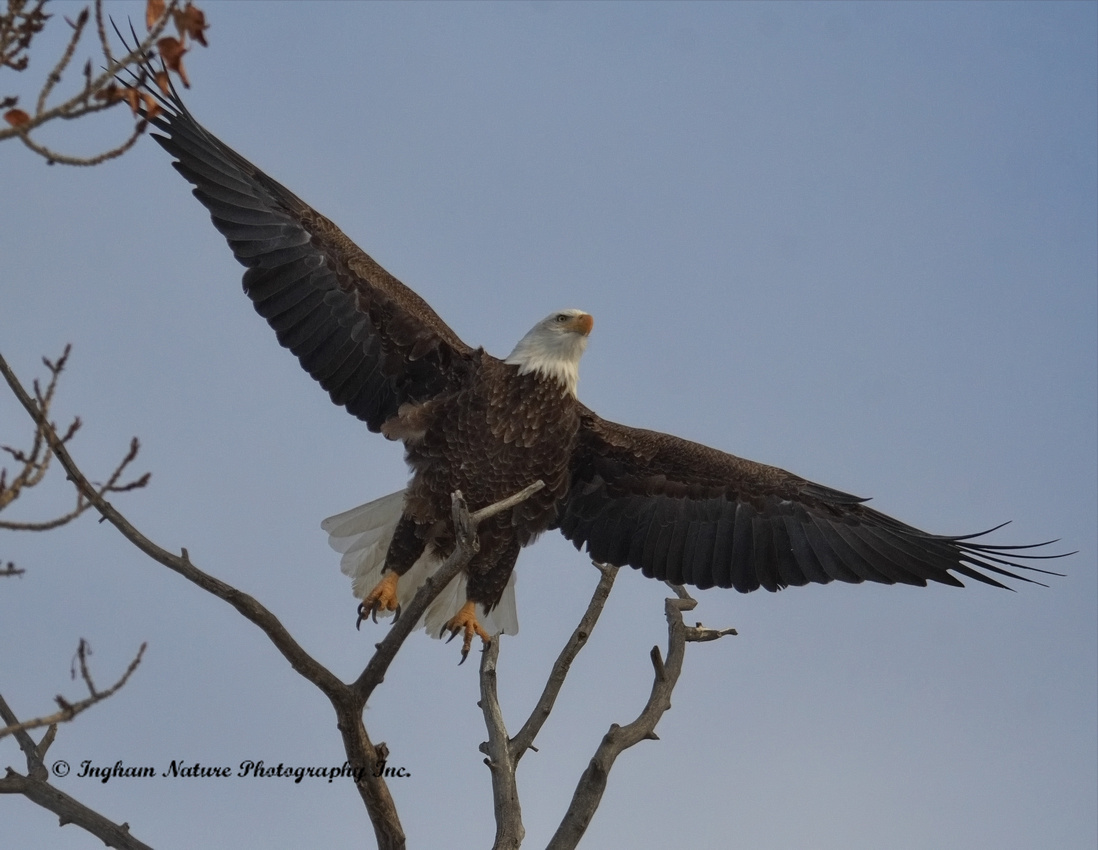 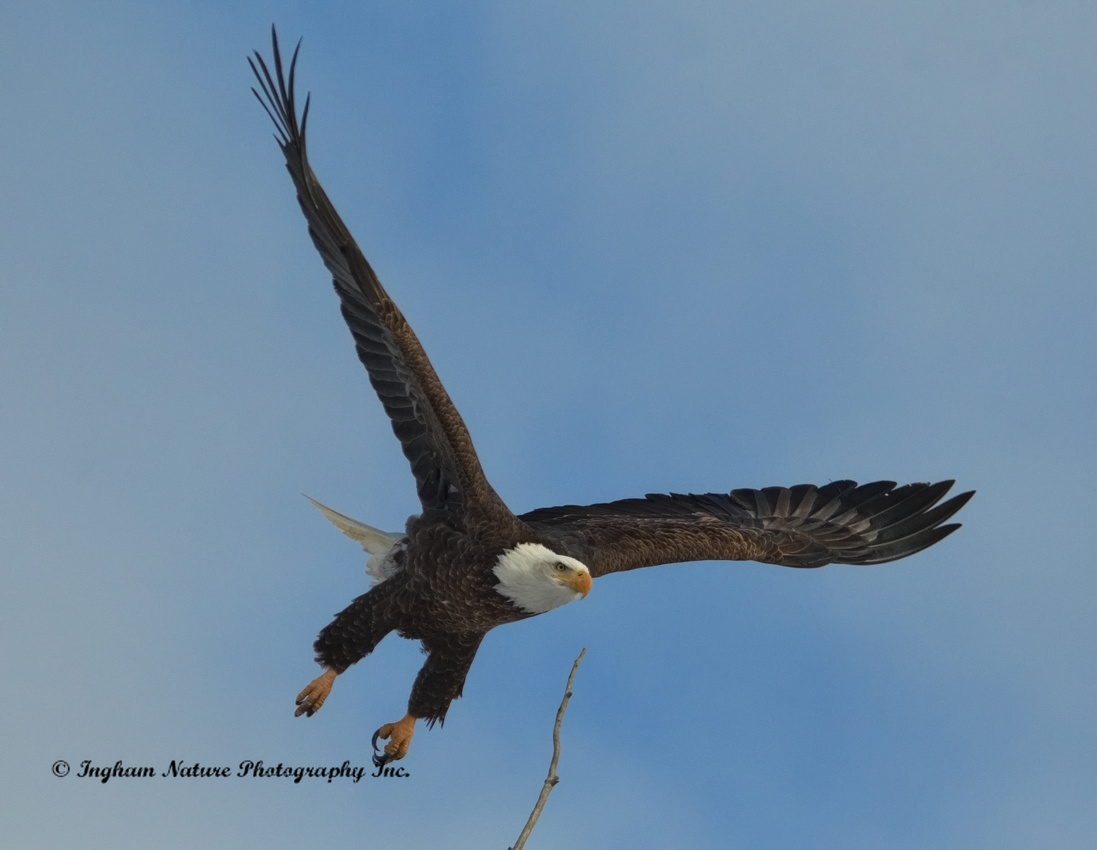 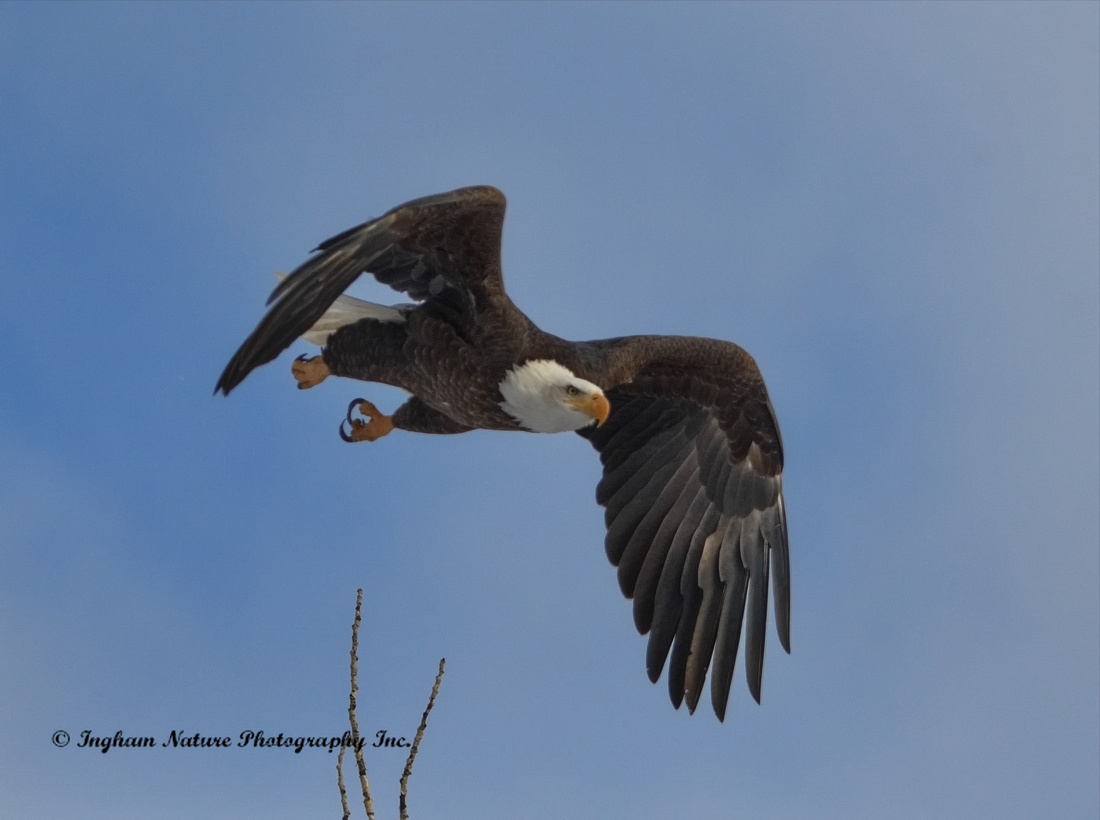 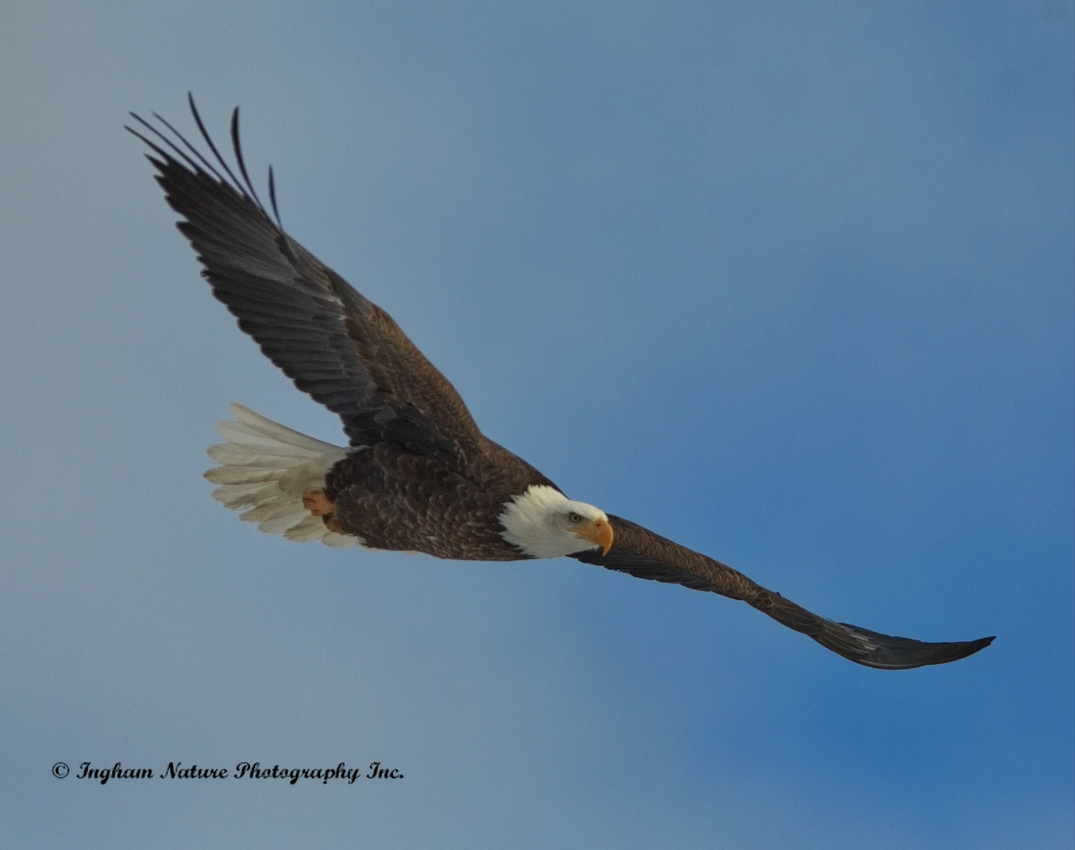 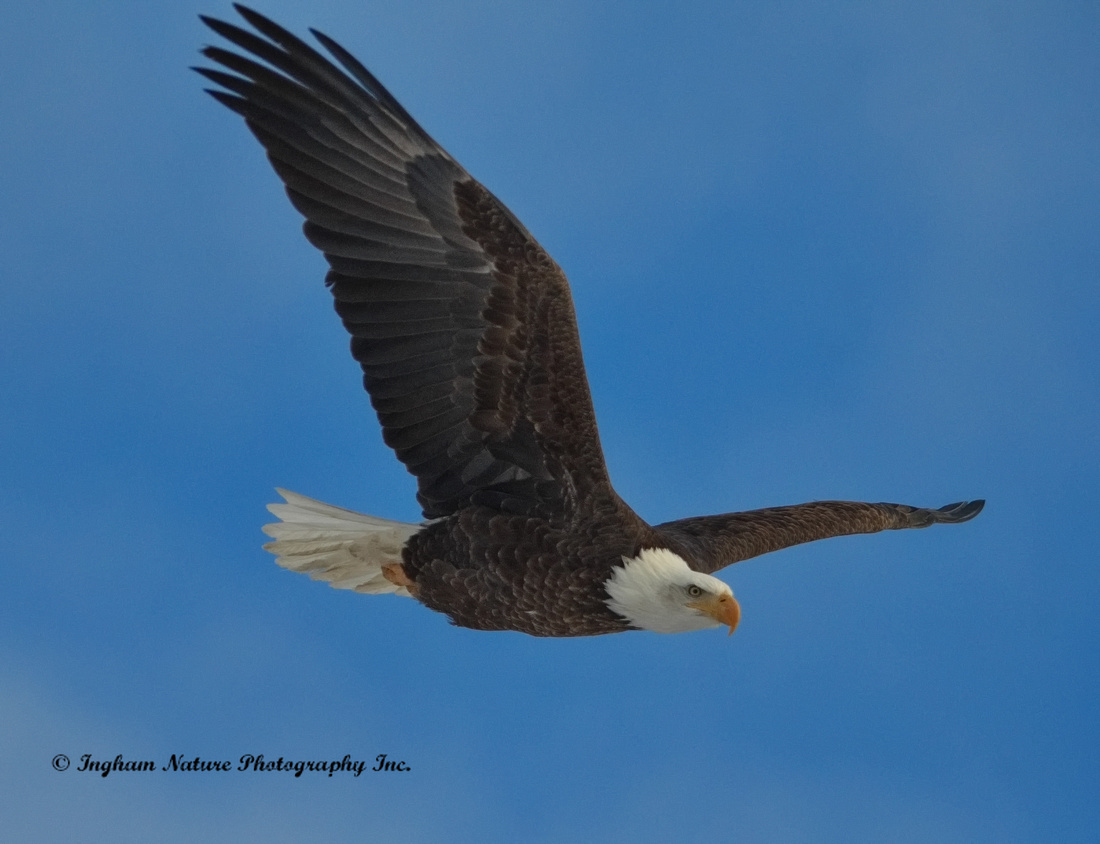 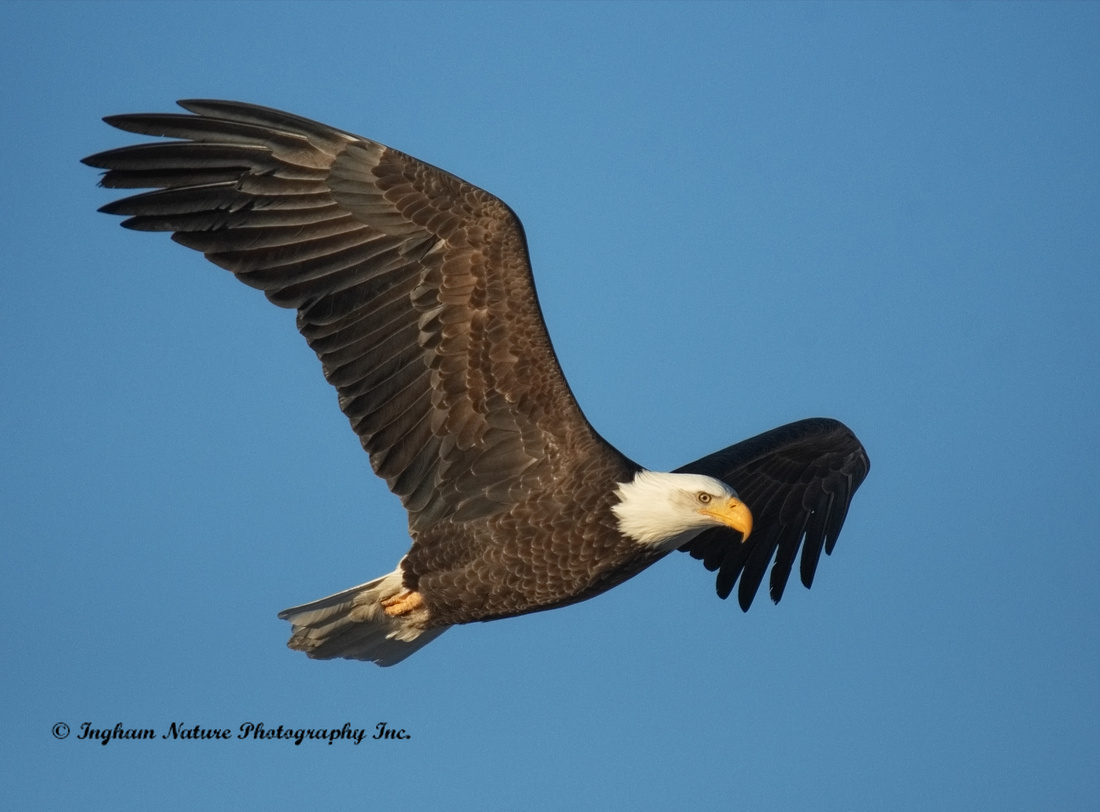 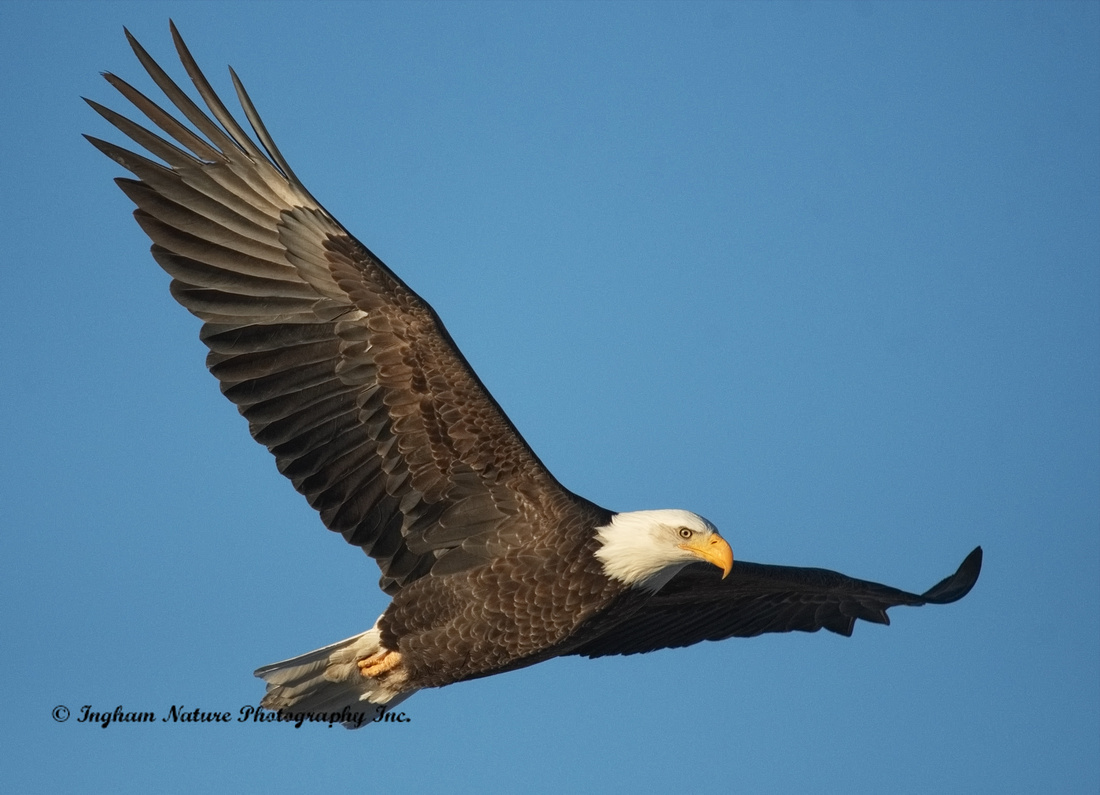