It's not often you get front row tickets to one of Nature's Fight Nights/Days. These two male deer were almost evenly matched with regard to their racks but in the end, perhaps bulk and endurance won over antlers.

The match was the most serious I have ever witnessed lasting almost 20 minutes, with one deer, at one point, actually pinning the other to the ground (Photo #8 & Photo #9 ). This was a serious contention over who had rights to the doe, who was lingering in the nearby woods. And before proceeding further, I would advise that both the victor & the challenger trotted off completely sound, with perhaps some minor scrapes. The victor scoped out the near vicinity after catching his breath, to ensure there were no more skirmishes to be had.

In the end, it was endurance and probably conditioning that won out and the challenger gave in from exhaustion.

And that haze that appears in Photo #2 is in fact, the heavy breaths expelled by both bucks in their battling. 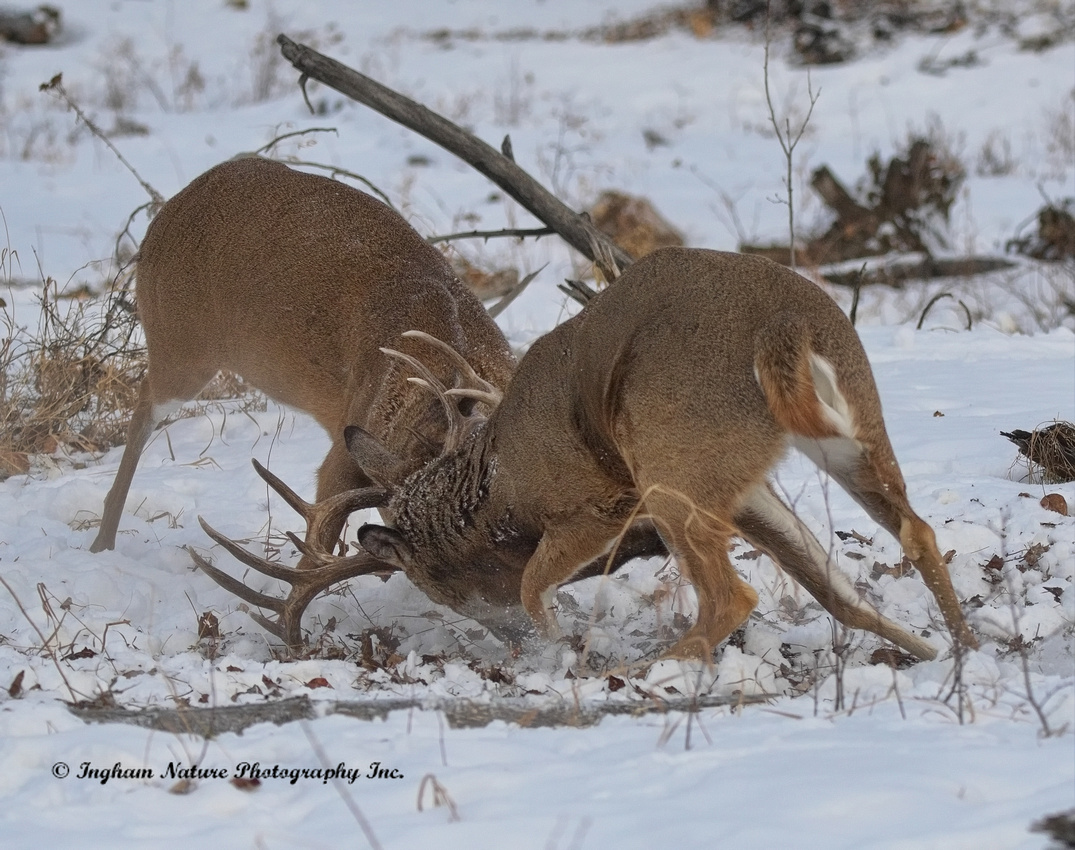 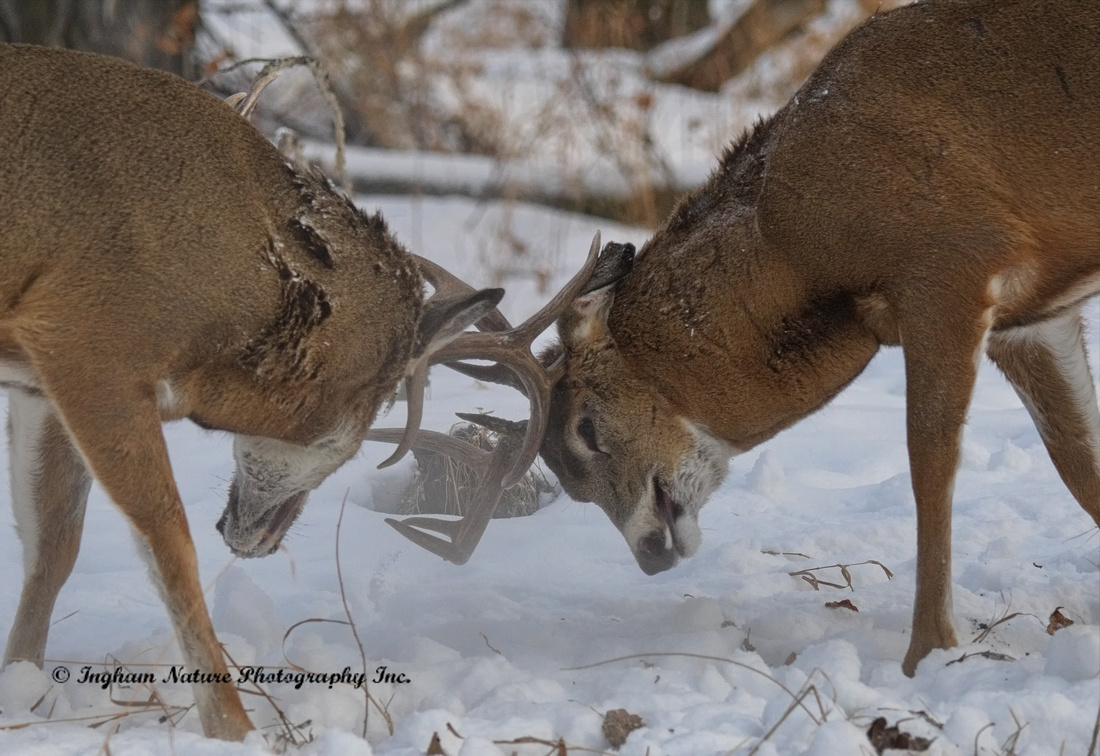 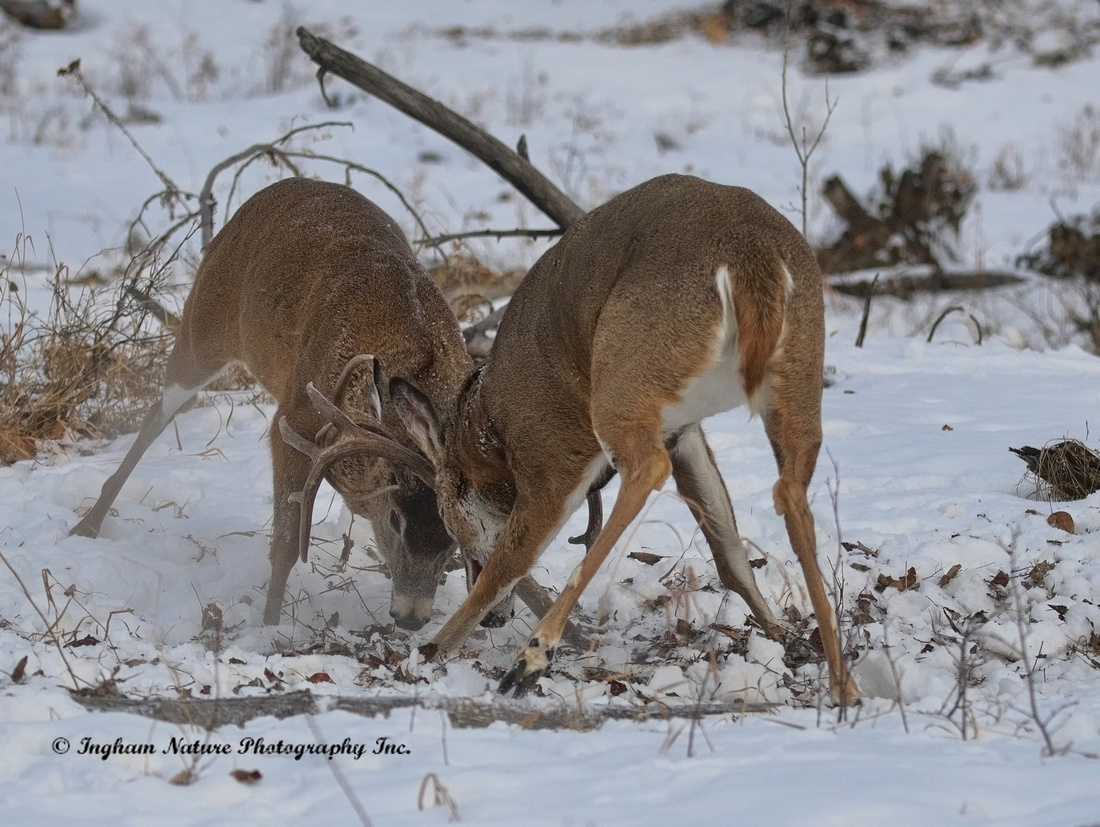 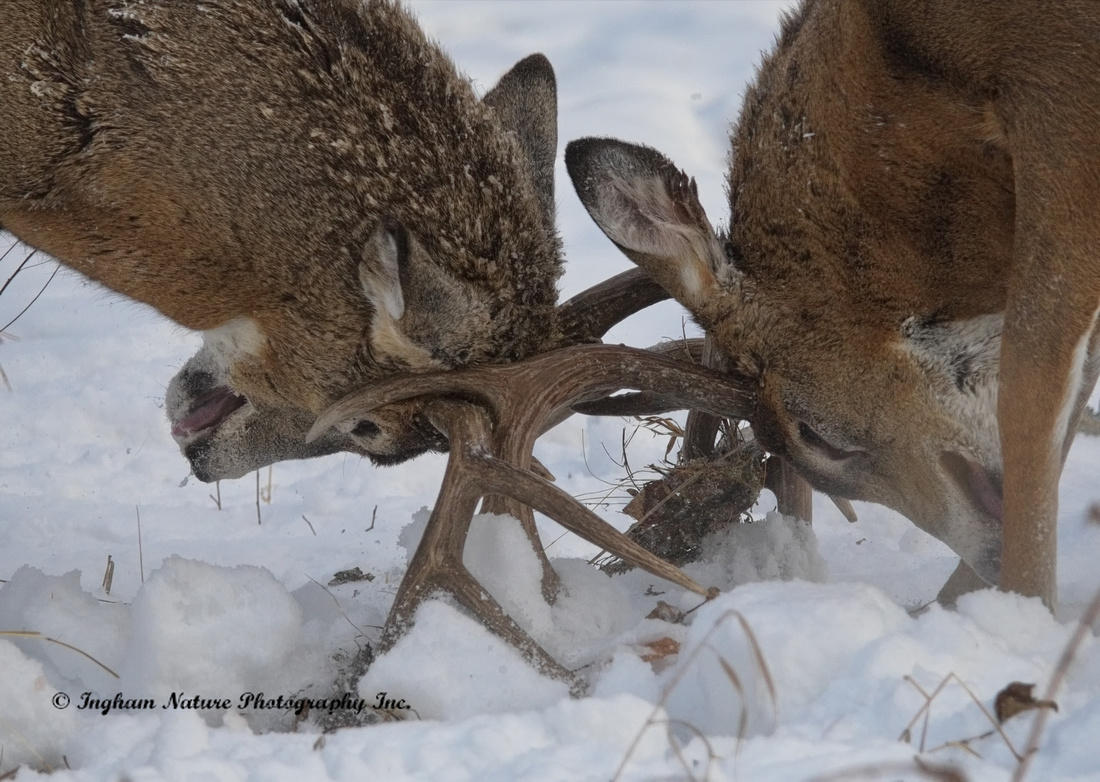 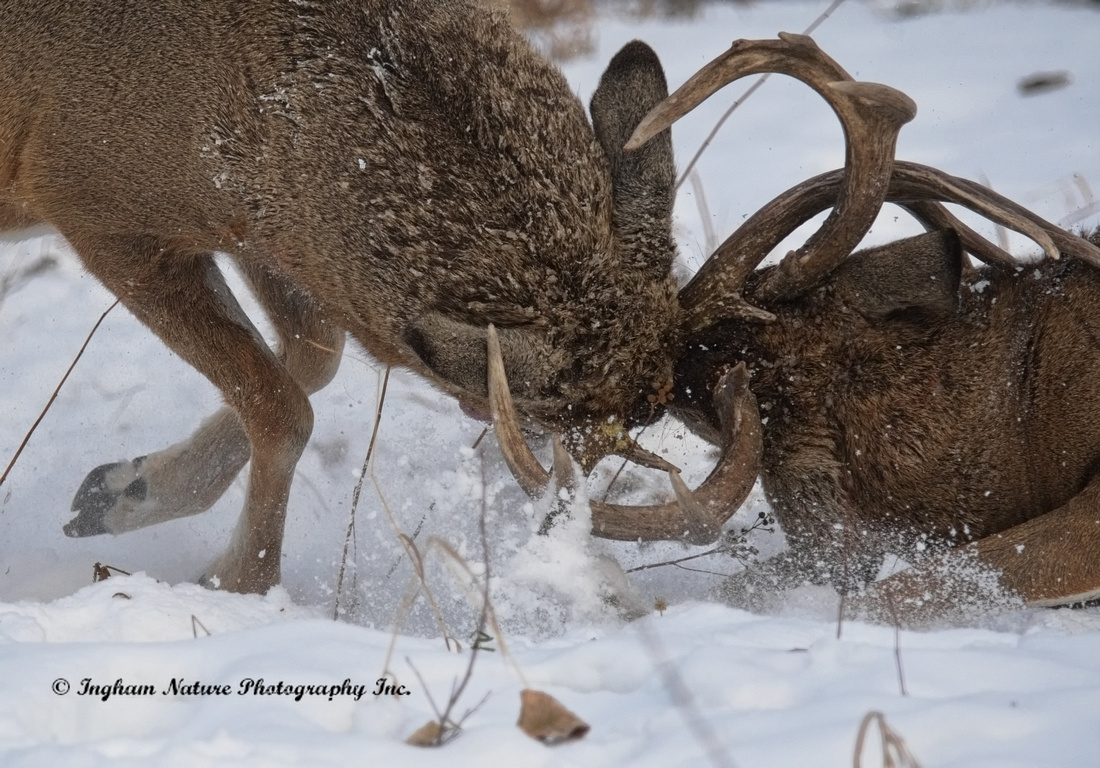 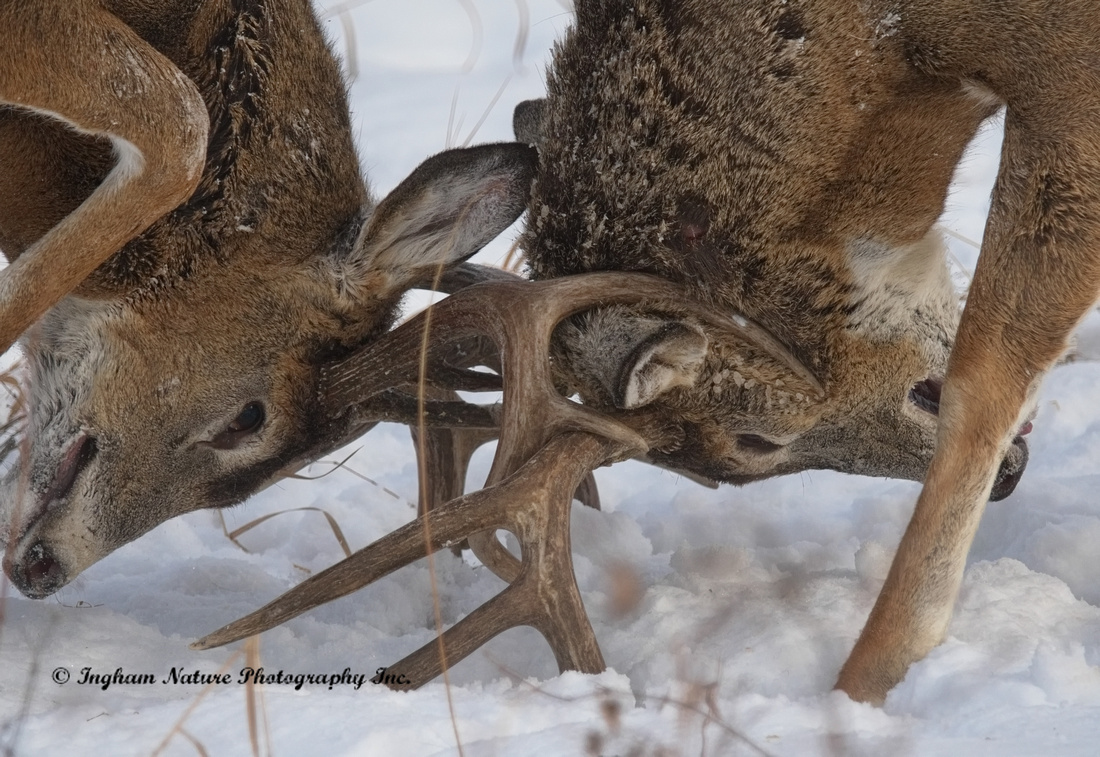 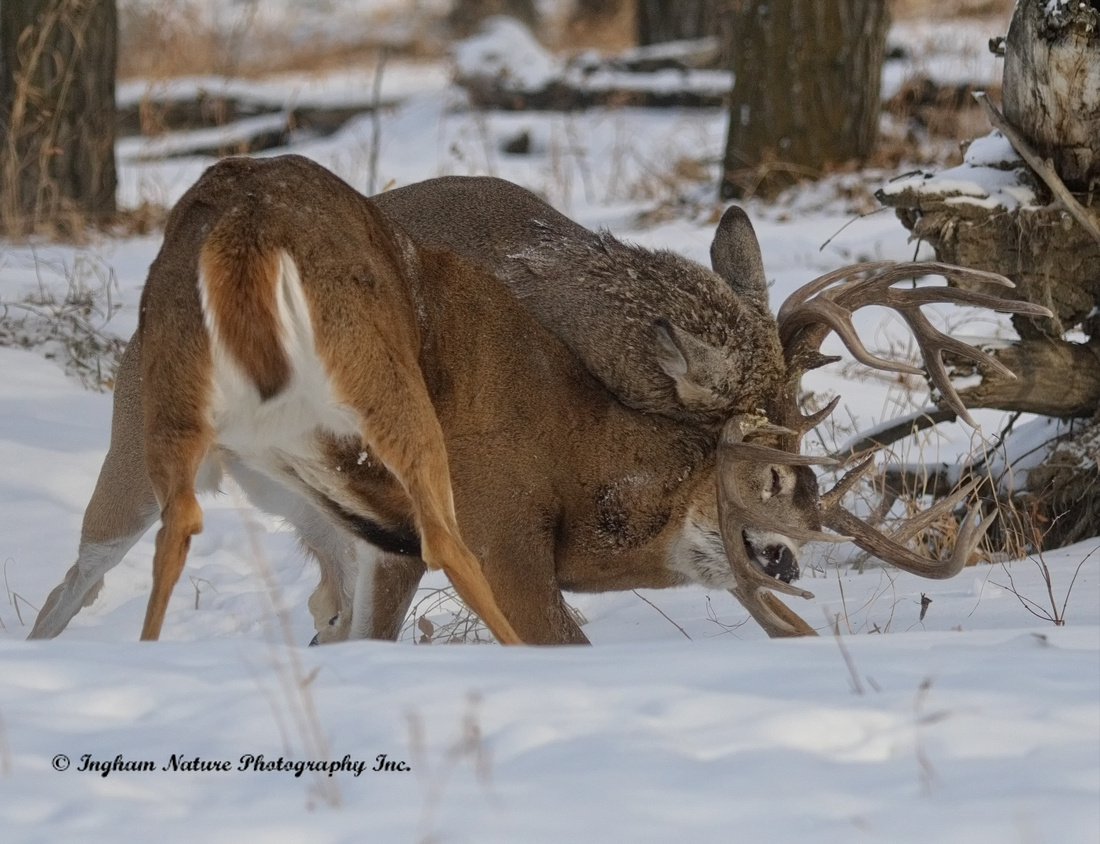 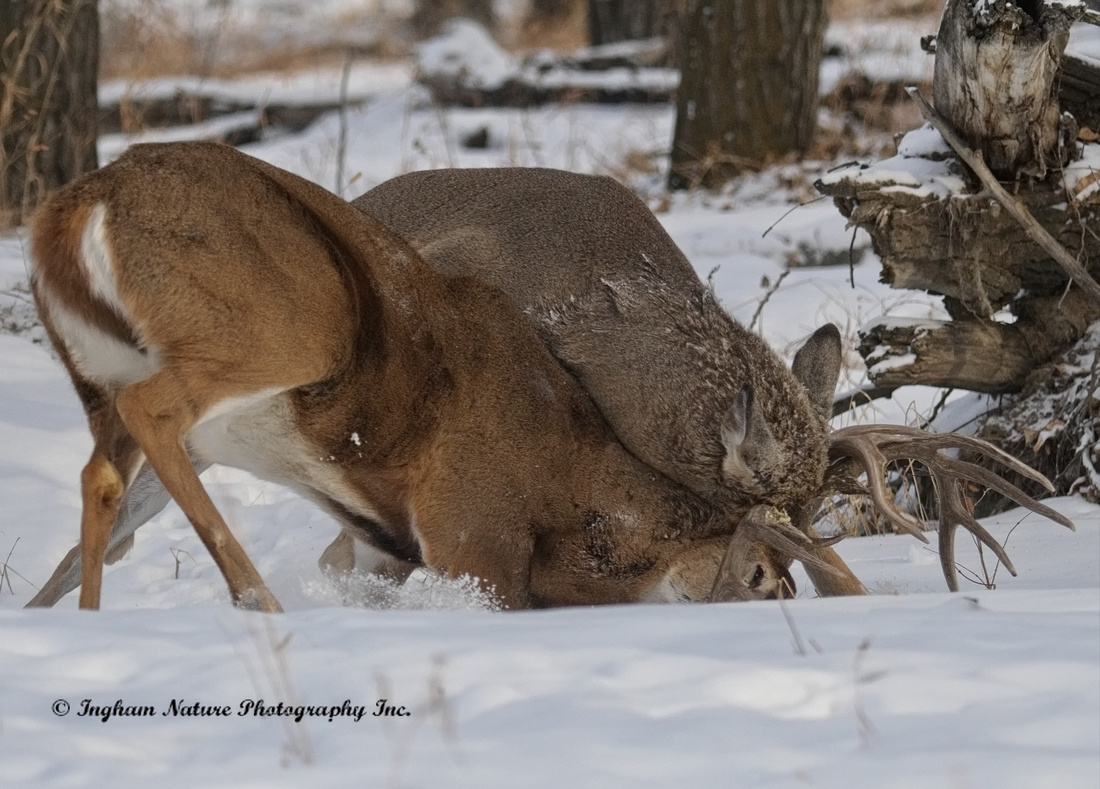 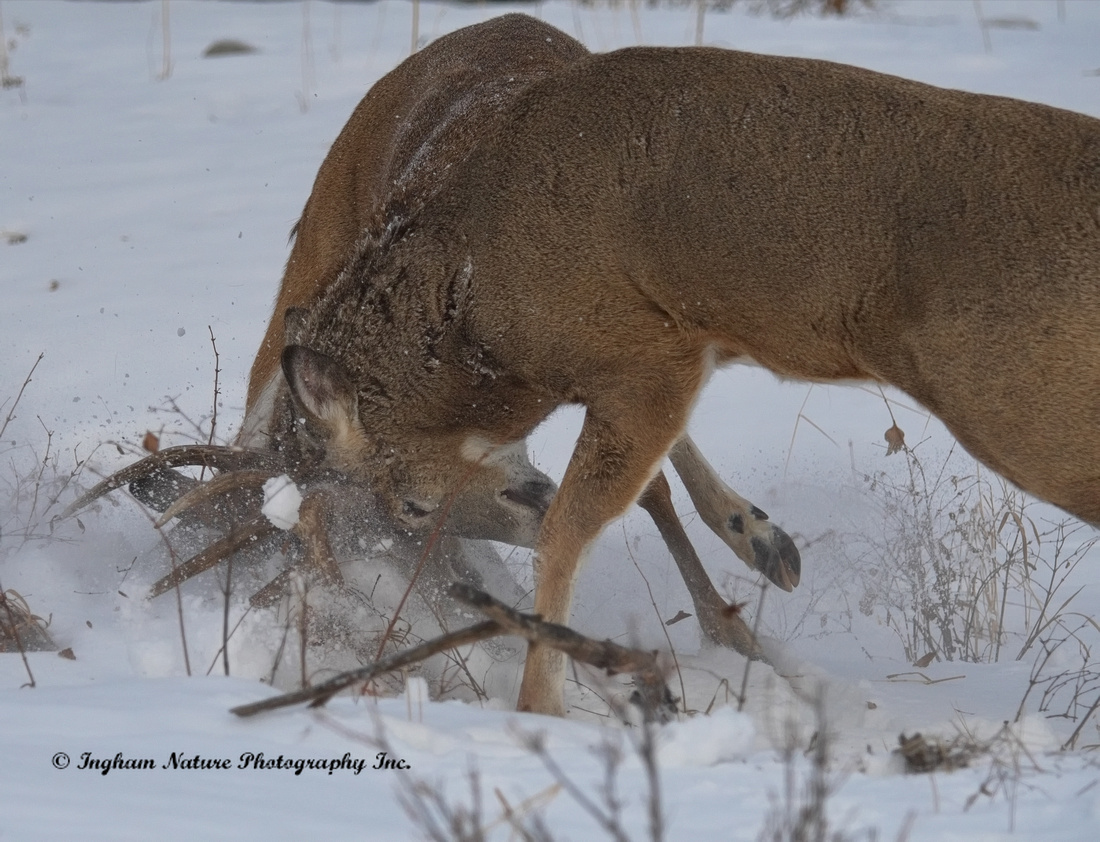 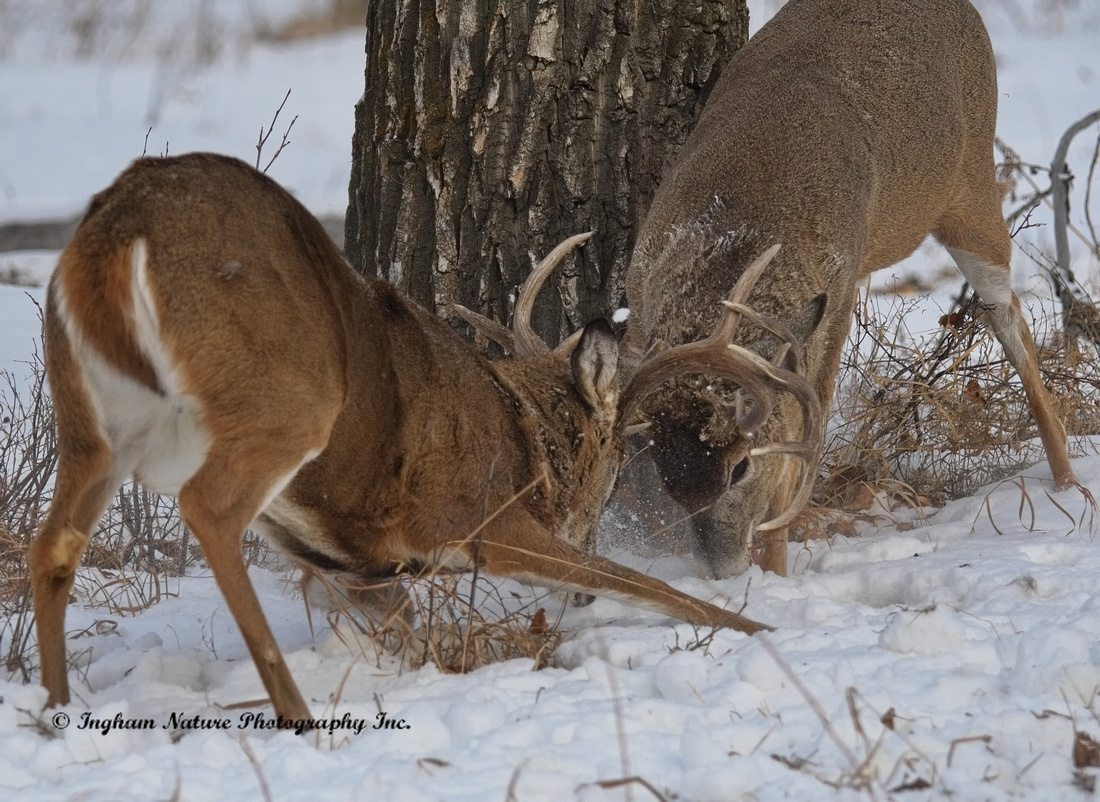