"LOVE IS IN THE AIR" - Porcupine (North American)

"LOVE IS IN THE AIR"

I have been seeing this porcupine over the past three years and have managed to capture him in various trees and when extremely fortunate, on the ground.

It is definitely a male and a large one at that.

There is a female porcupine who resides in a neighbouring wood. Two years ago, she had a "porcupette" (yep that's what they call a baby porcupine), who was also a male. And trust me, I know he is a male because he has been known to display his nether parts! He left his home woods last Spring and I think he now resides in his own territory much further south.

Male porcupines, in particular, can be very possessive of their territories and ladies. You wouldn't think so by seeing them asleep in trees but they will put up quite the defense. Late last Spring when the youngster mentioned above moved down into another male's territory, two photography friends actually witnessed the young porcupine having his butt kicked (literally) out of the tree by the much larger incumbent male. He did land safely on the leafy bed below and went quickly on his way, hopefully to greener pastures. :)

So I assume that the porcupine who appears in the photos below, being that it is mating season, is looking for love from the female close-by. He has been spotted in this tree at least two times now and the tree is at the very end of the woods where he resides and closest to the patch of woods across from the female's home base.

I have not spotted the female since this past Spring so hopefully all is well but as porcupines in the wild generally get up to their mating practices under the cover of darkness, so we won't know any results until next Spring! :) 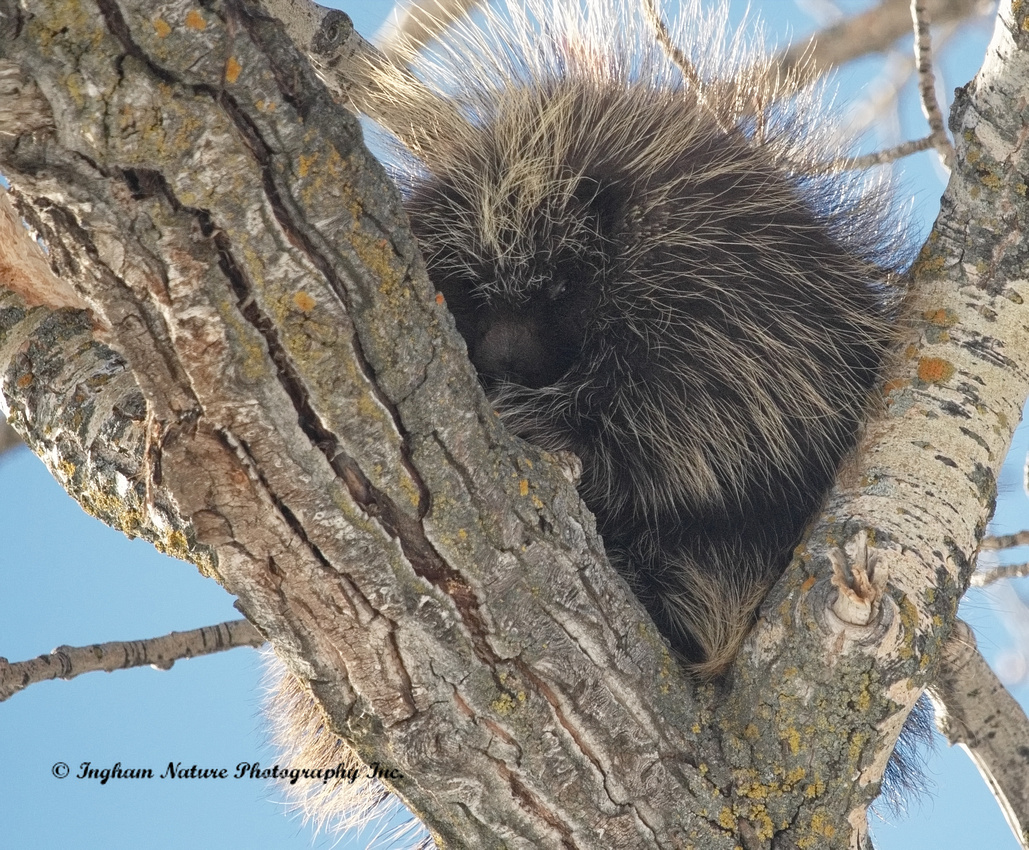 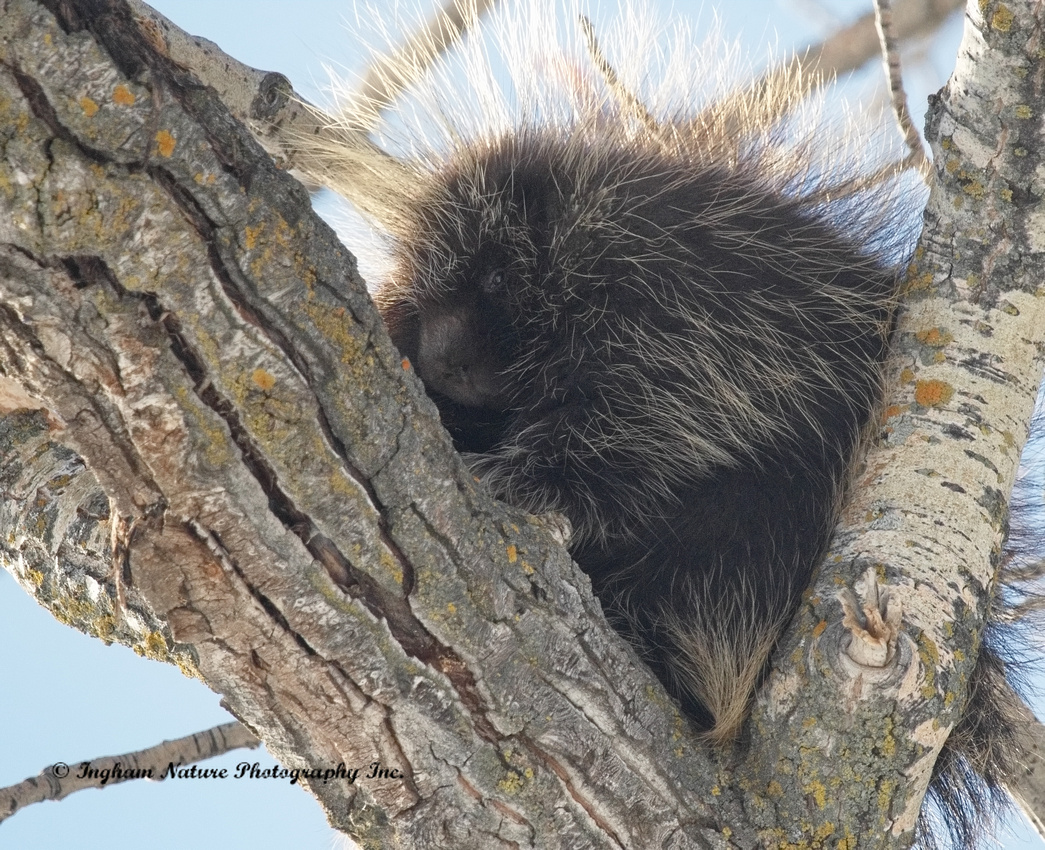 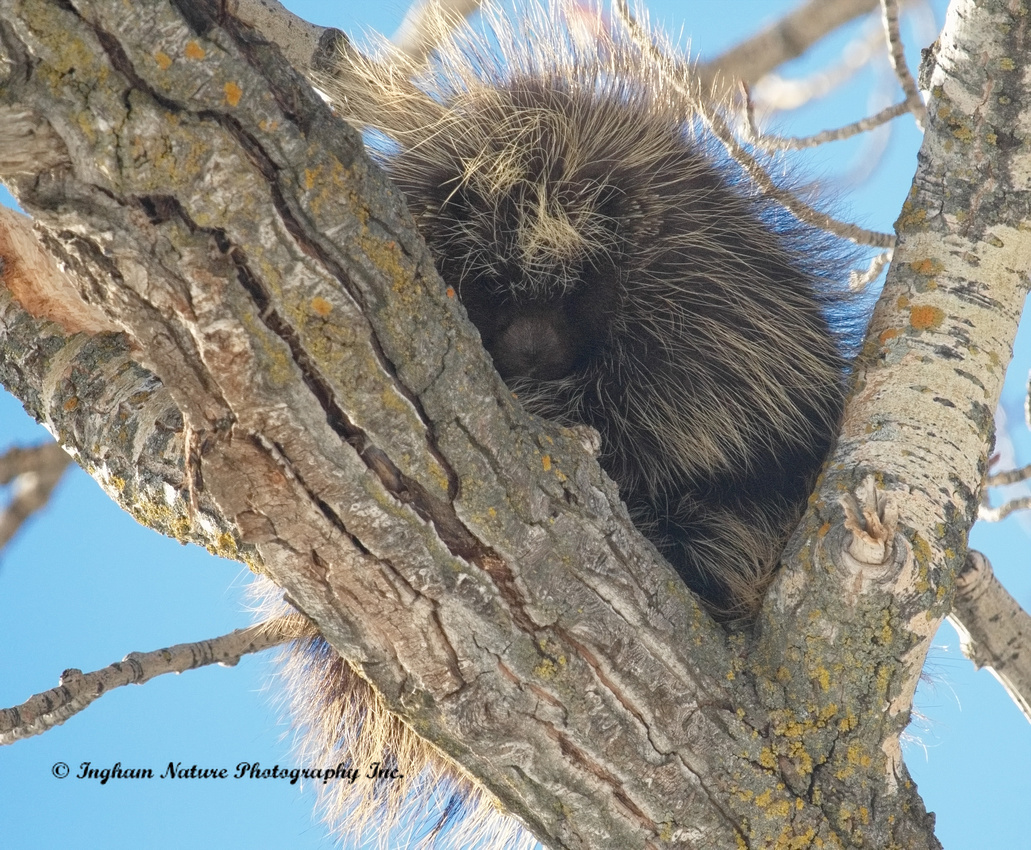 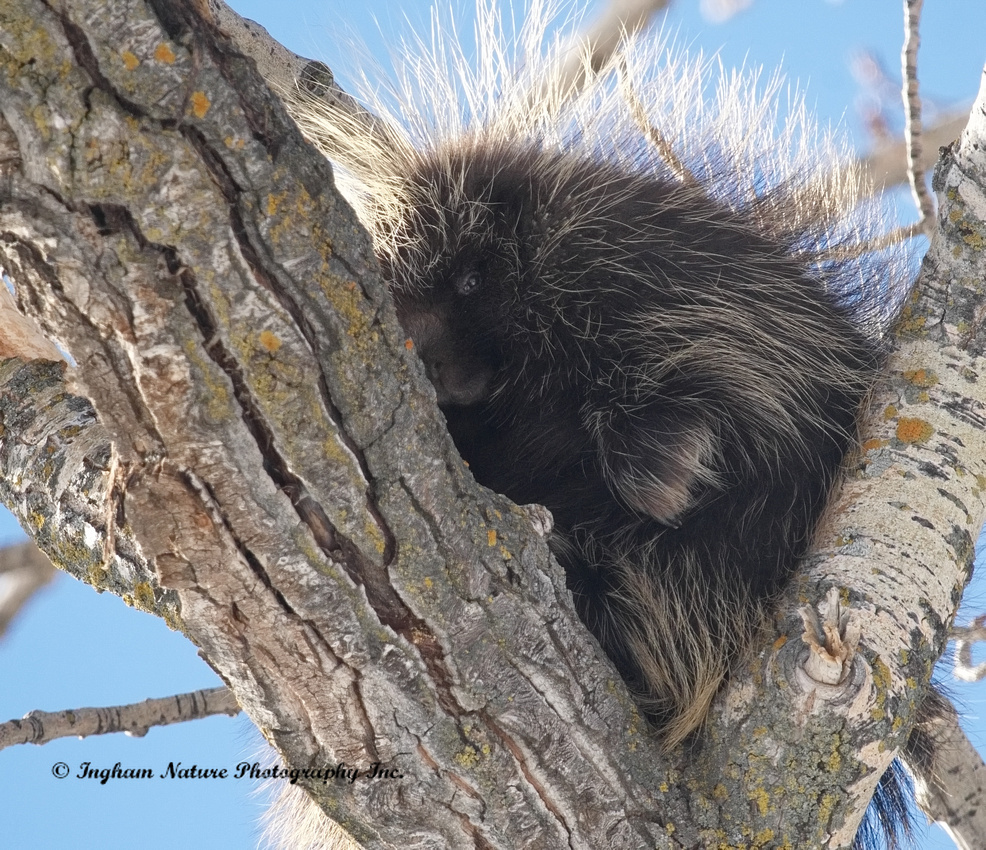