American Bald Eagles generally do not achieve their full white head feathers, etc. and maturity until 5 years of age. This particular eagle appears to be a year or so shy of attaining that status.

However, the remaining immature head feathers make for some striking and interesting looks. For example, although it doesn't appear to have reached the "bald" status yet, we appear to have a comb over happening. :) See Photo #1 & Photo #2 .

Then there is Photo #3 for which the darker feathers almost appear to be either age or worry lines. :)

Am certain within the next 12 months, this eagle will possess its full adult feathering and it will be that much more difficult to identify among the other adults. 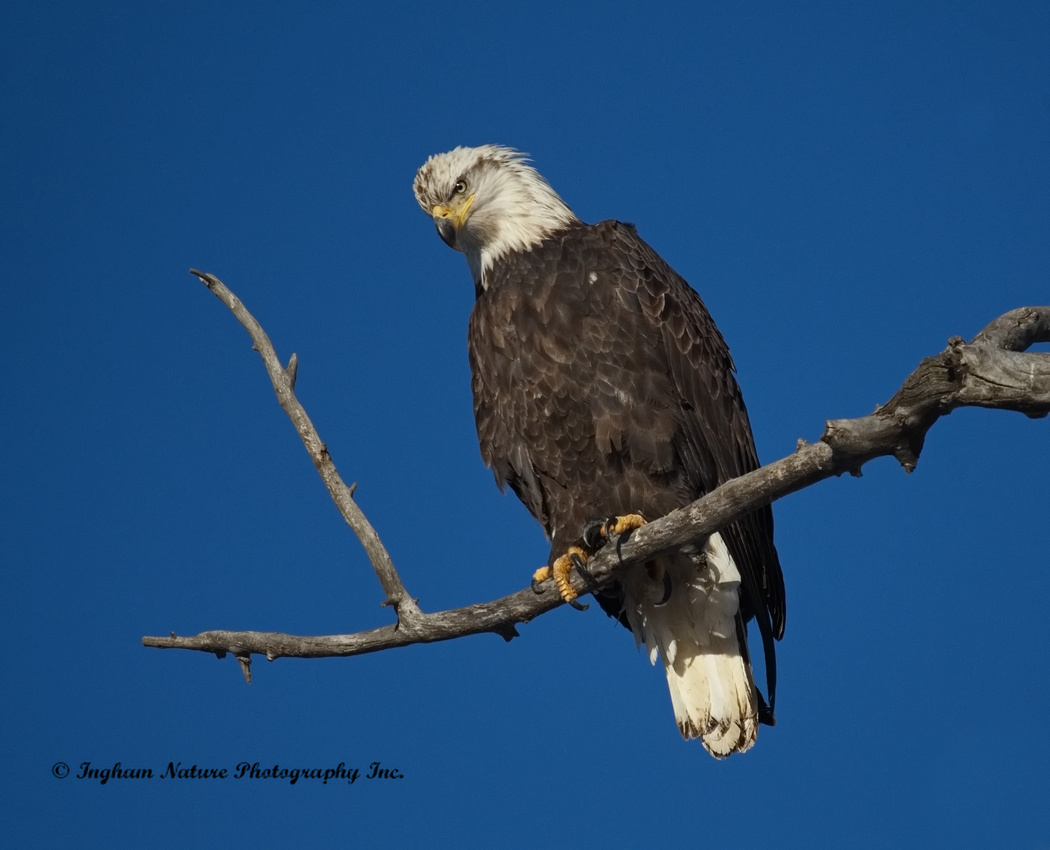 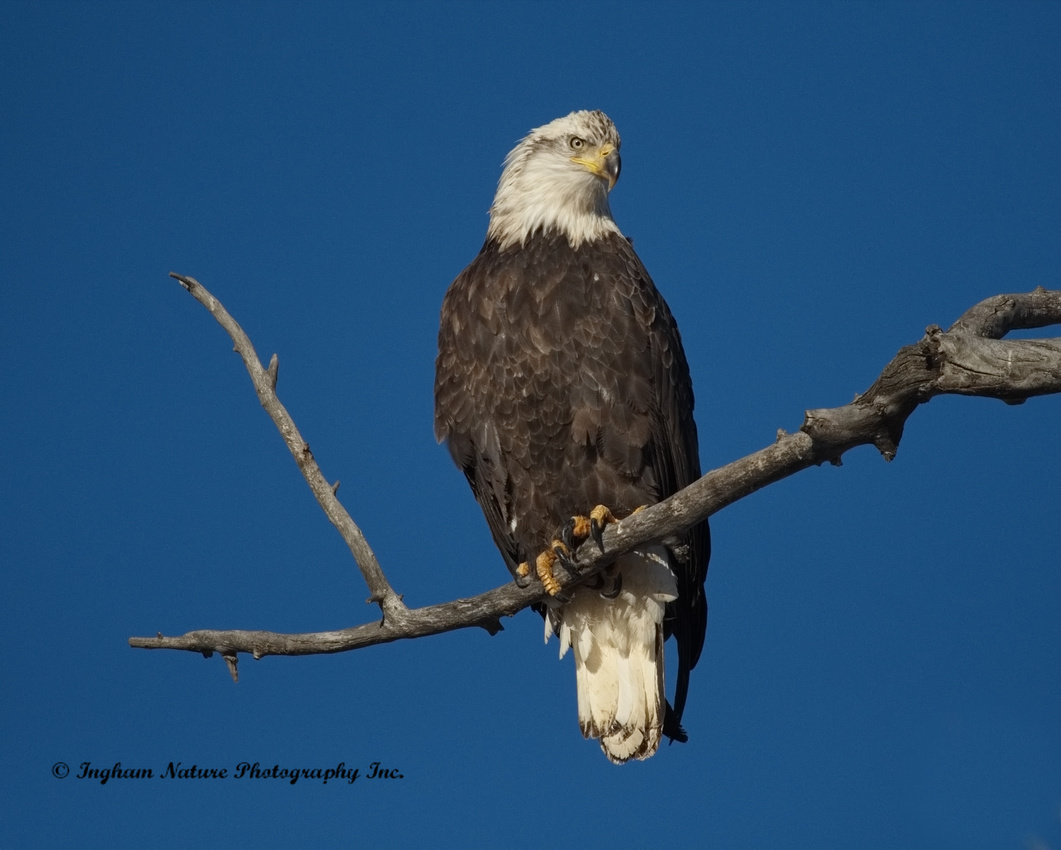 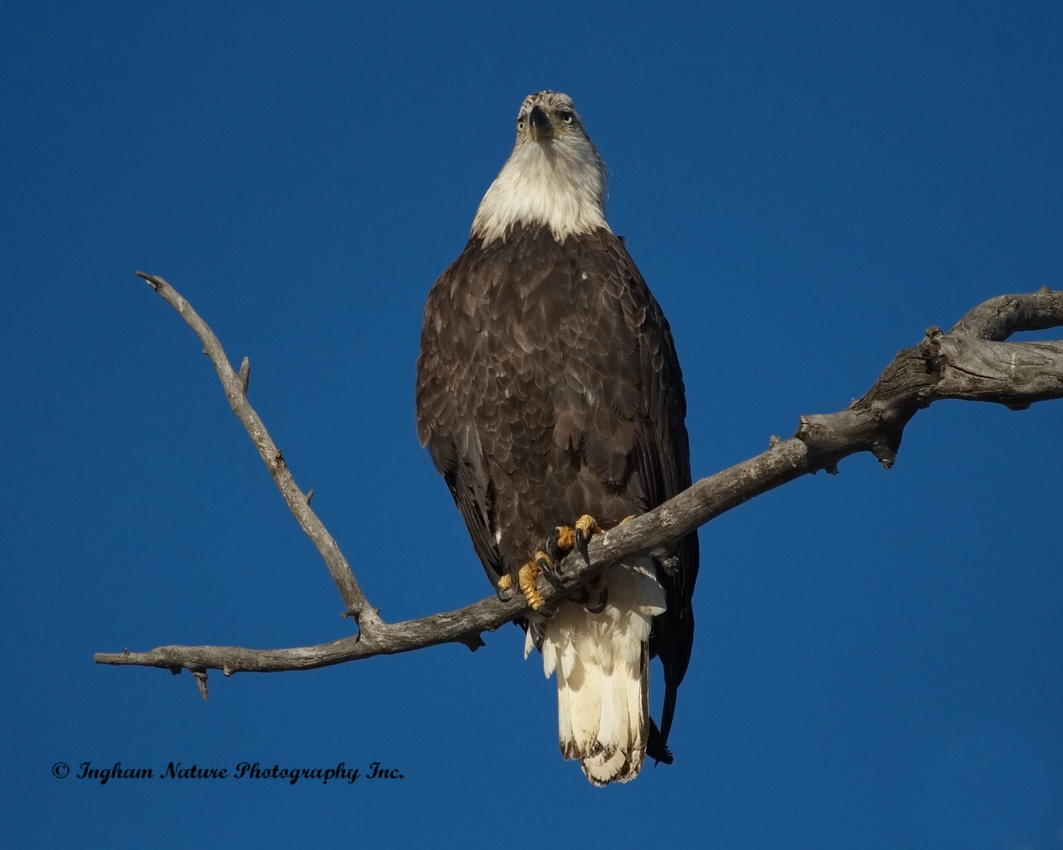 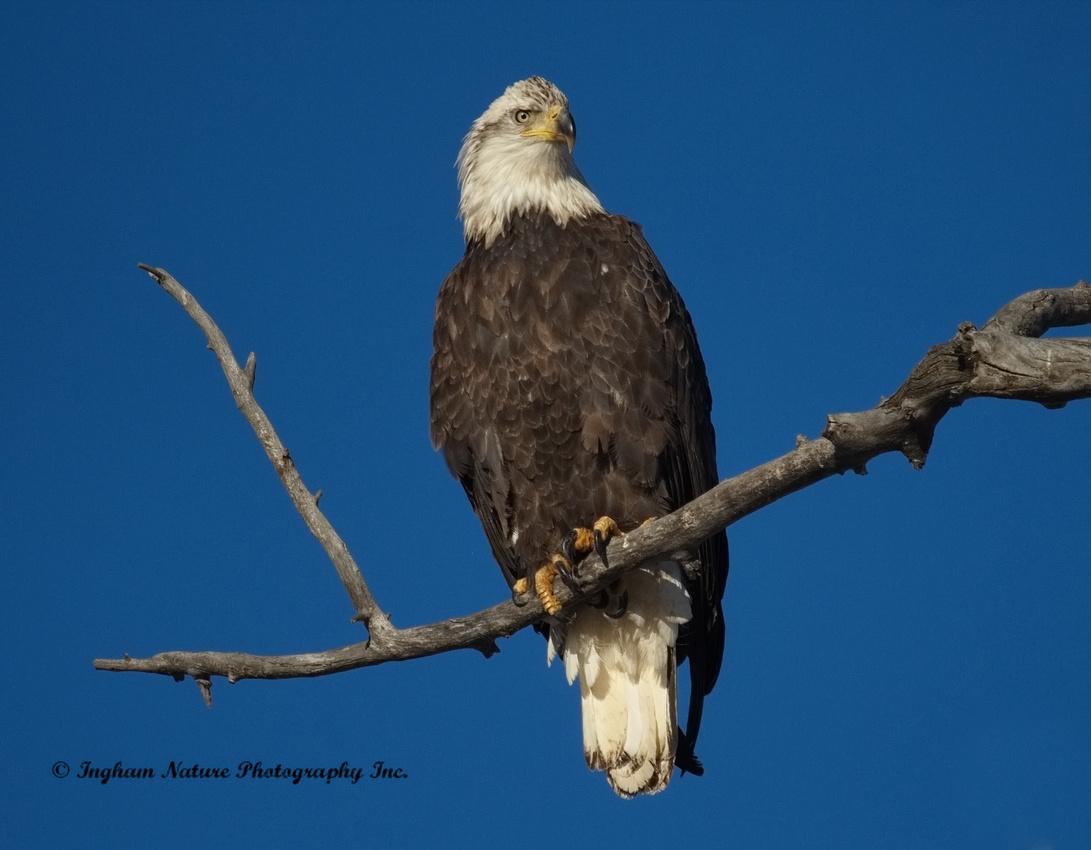 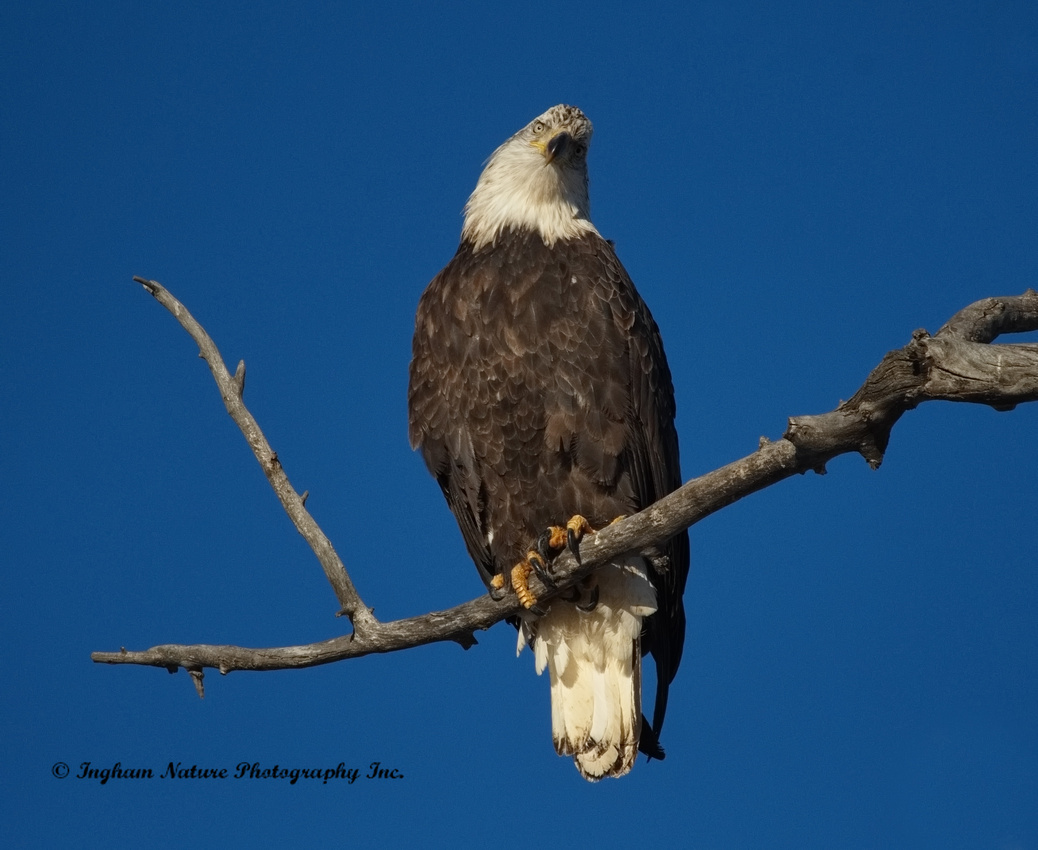