"BATTLE OF THE BIRDS" - Belted Kingfisher

"BATTLE OF THE BIRDS"

So the day before the October 3rd blog "Sky Kingfisher", the kingfisher who I assume occupies this particular territory was sitting in a tree directly across the creek and from my standing position. Not particularly the best location for me, as my shot was slightly obscured by some small tree branches. But I thought, "What the heck, I'll just take what I can get and maybe the bird will move to a better photographic position.

So there I was aiming when two shakes of a kingfisher's tail, a second kingfisher flew in & that's when the fight started. And yes, it was fast with a lot of noise but having had the camera already aimed on the original bird, I managed to capture that first "not in my territory, you don't" shot. (Photo #1)

And then the chasing ensued. Some aerial fighting took place (Photo #2), followed by a low fly by with the intruder being driven out of the creek (Photo #3).

An amusing subplot subsequently took place. After I thought the second bird had left, I saw two birds coming towards me, which I thought from the size and the flight pattern, were the two kingfishers. Well, the second one was the victorious kingfisher chasing the first but as the first one landed in the tree, I realized this was a rather wet Northern Flicker. The kingfisher then chose a branch directly above the flicker.

As the flicker shook out the excess water from its wings and began to groom, I guess the kingfisher had an opportunity to count to ten and calm down and realize that this poor bird was not a rival but a mere woodpecker so it flew back to its favourite tree. Perhaps, in the heat of the moment following the original territorial dispute, this poor Northern Flicker had happened along at exactly the wrong place & time, got attacked by the kingfisher, ended up in the drink and hastened its escape to the nearest tree, where cooler heads prevailed.

Photo #4 through to Photo #10 are of our kingfisher at various times of the day in a more subdued frame of mind. Photo #6 & Photo #7 are of our little warrior performing that doggie shake to shed itself of excess water. Kingfishers are certainly flexible little birds. :)

I have included one additional photo of another kingfisher (Photo #9) taken in the late afternoon at a different location. The lighting and surroundings were so serene, I thought it would make a great ending to a rather exciting day. (But in true kingfisher form, I still had to work for the shot, as the bird flew from tree to tree before settling long enough to capture the moment.) 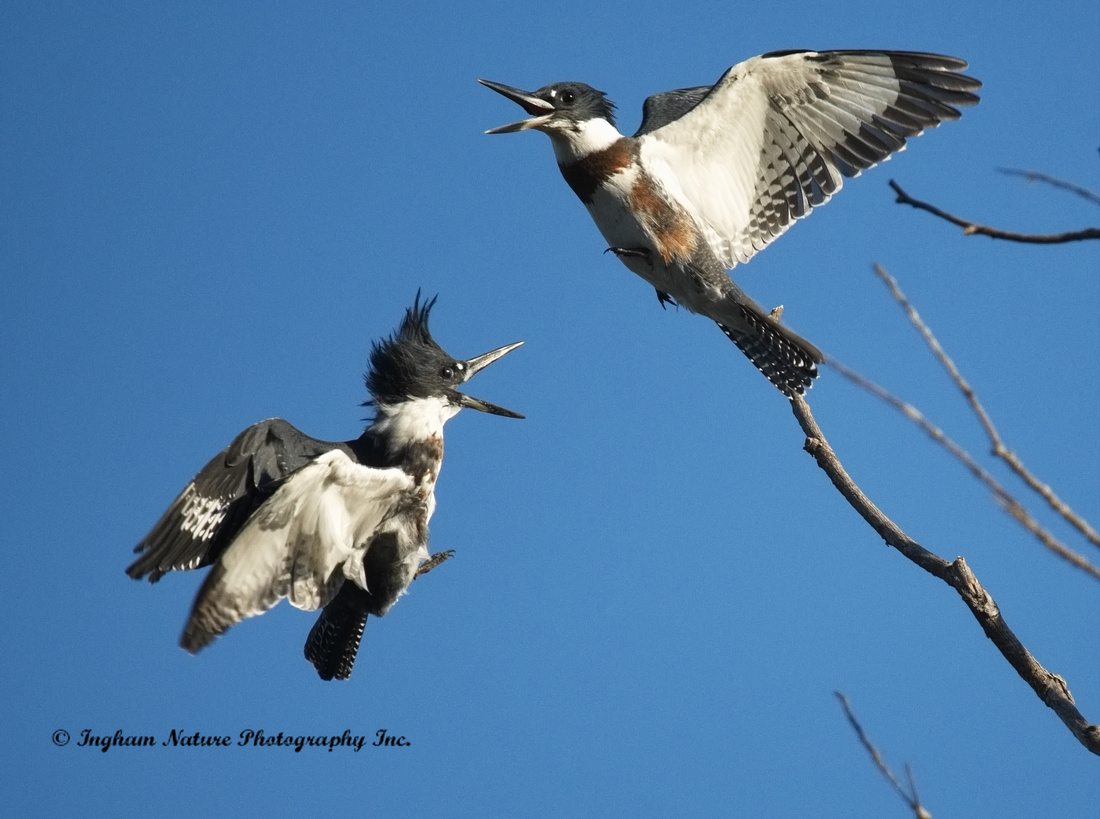 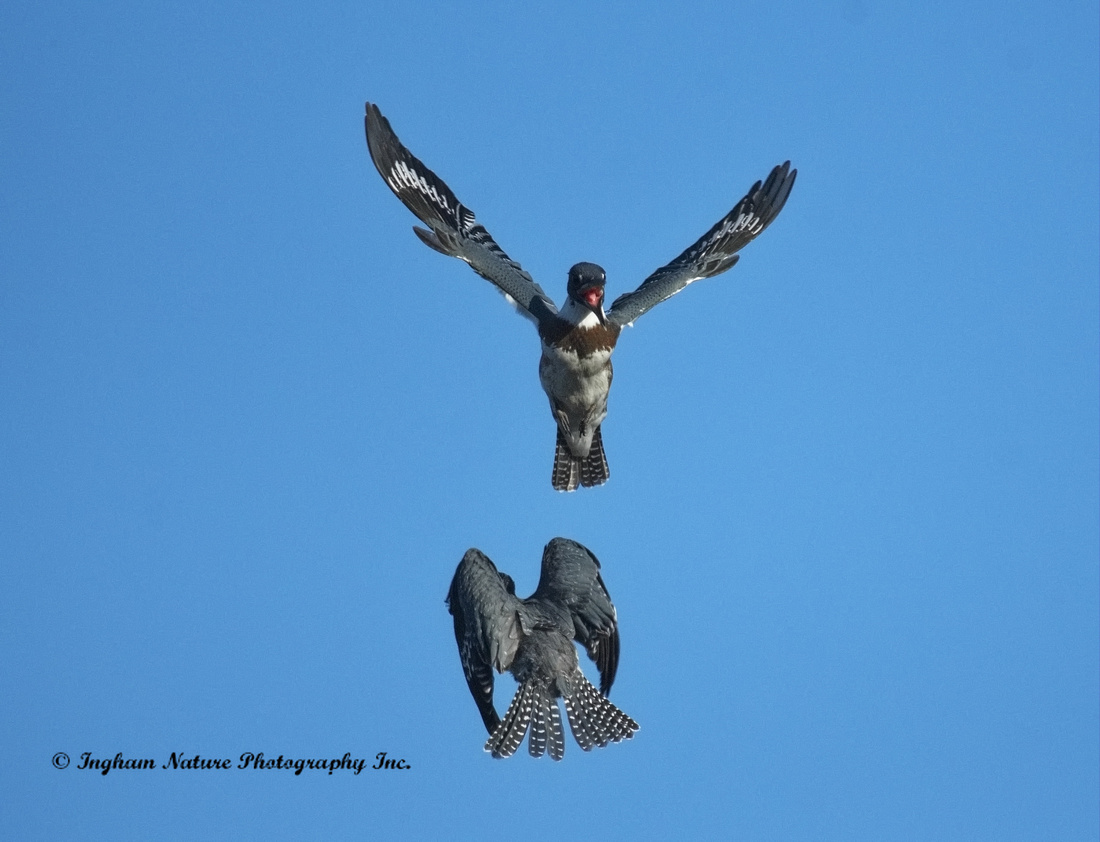 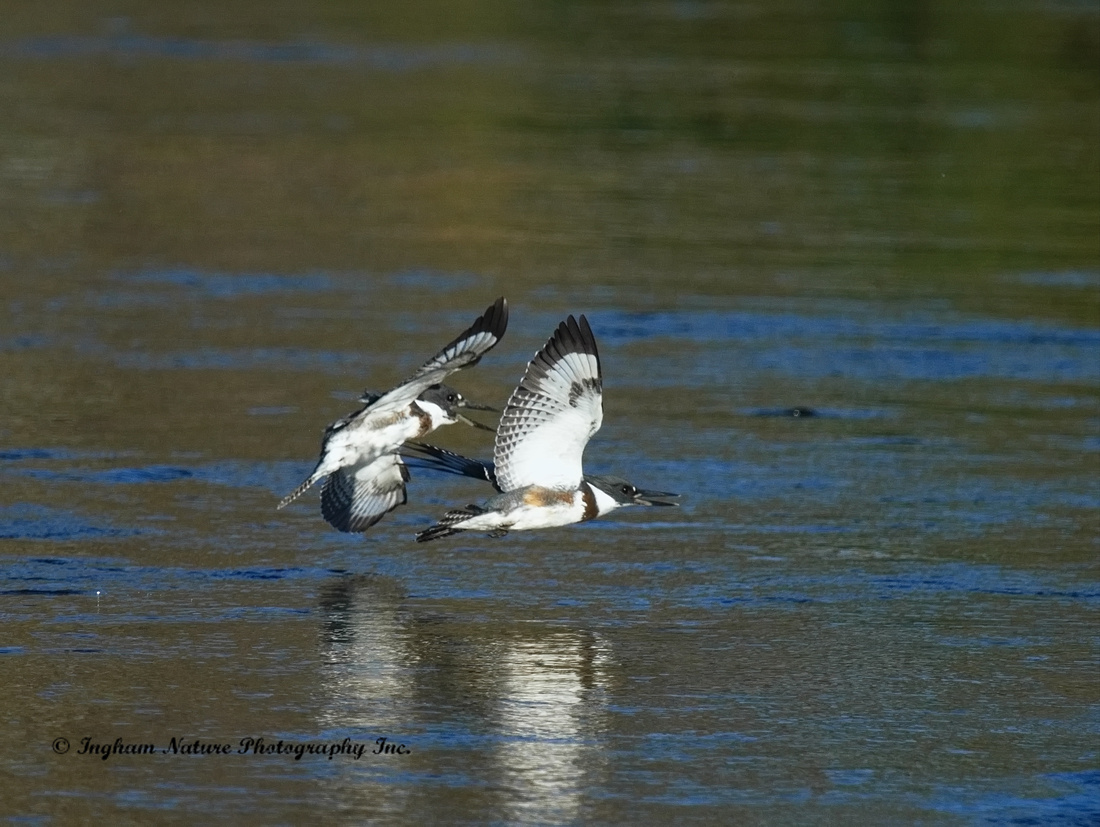 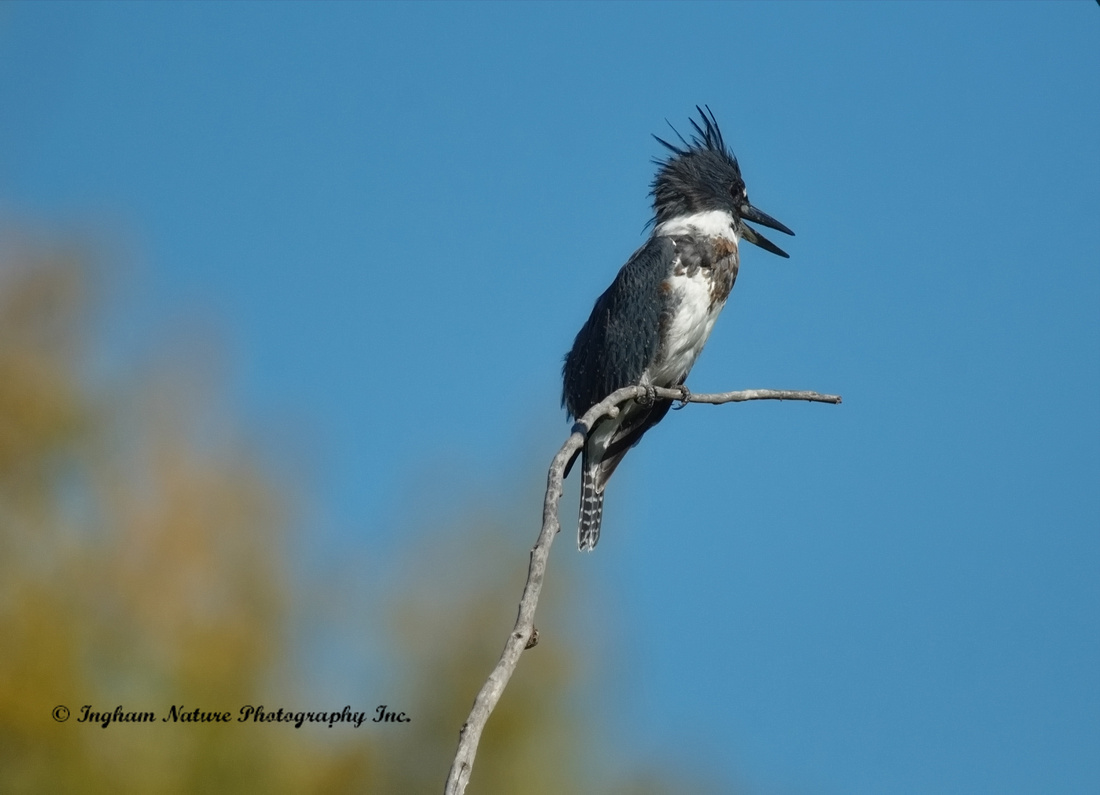 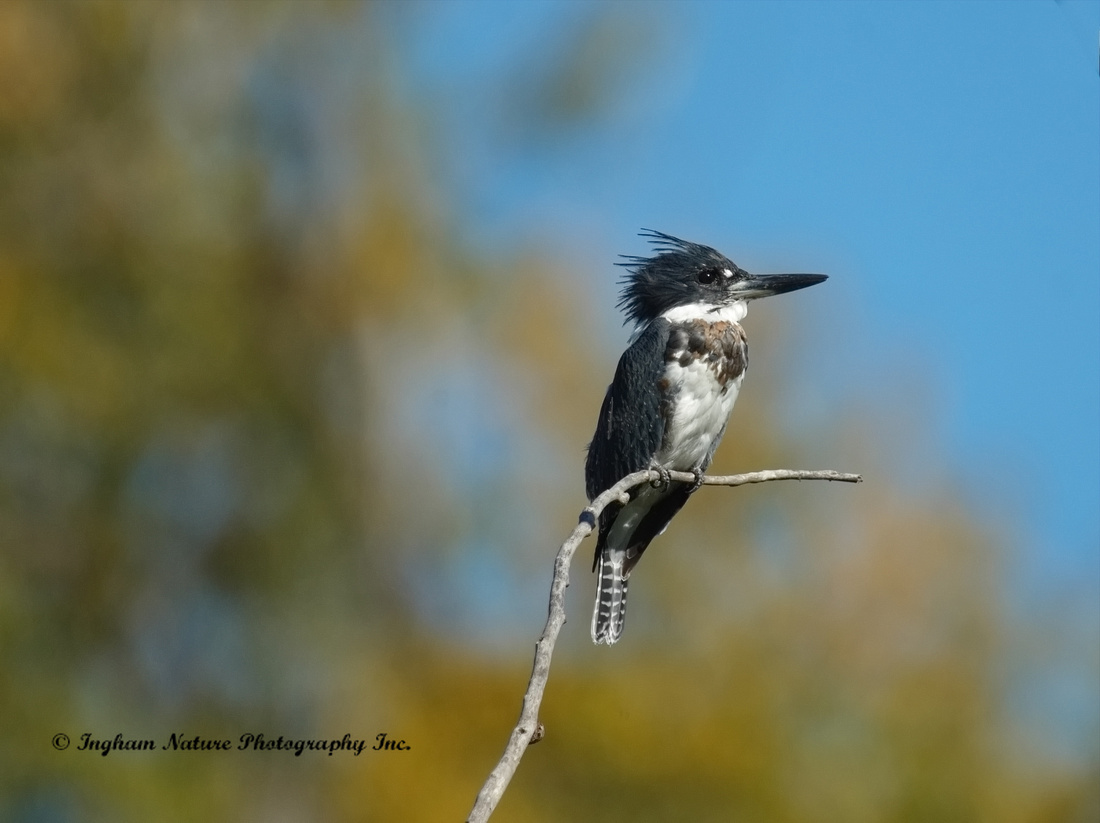 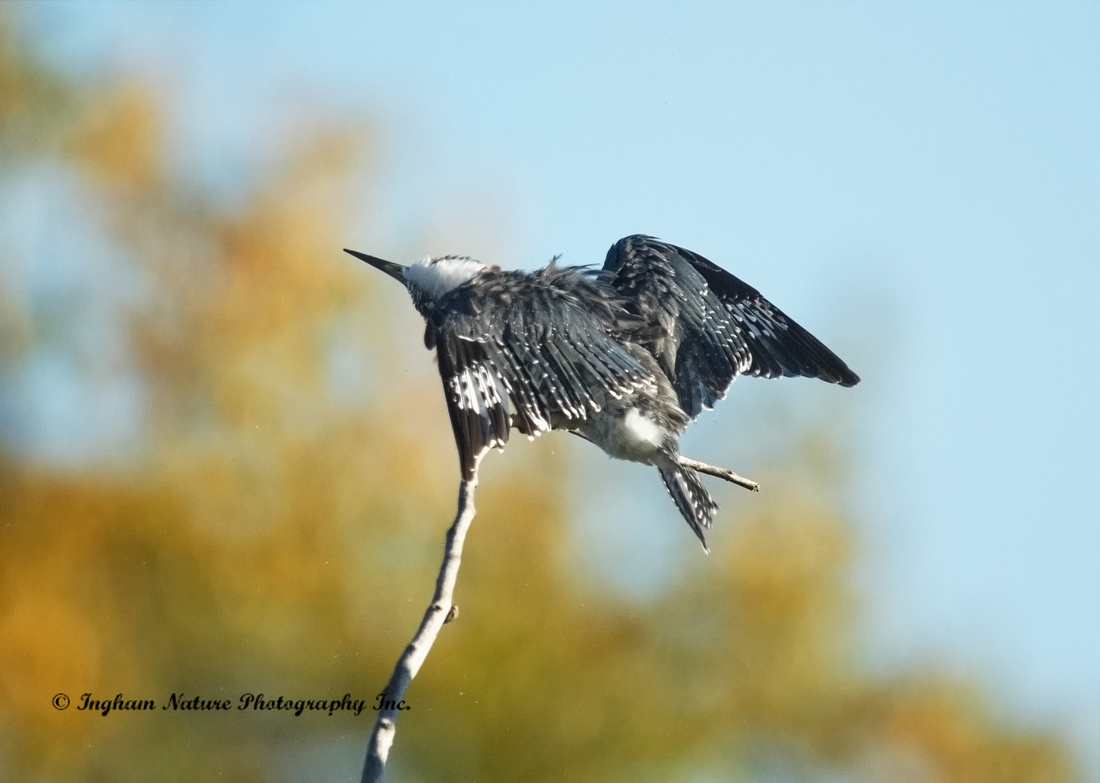 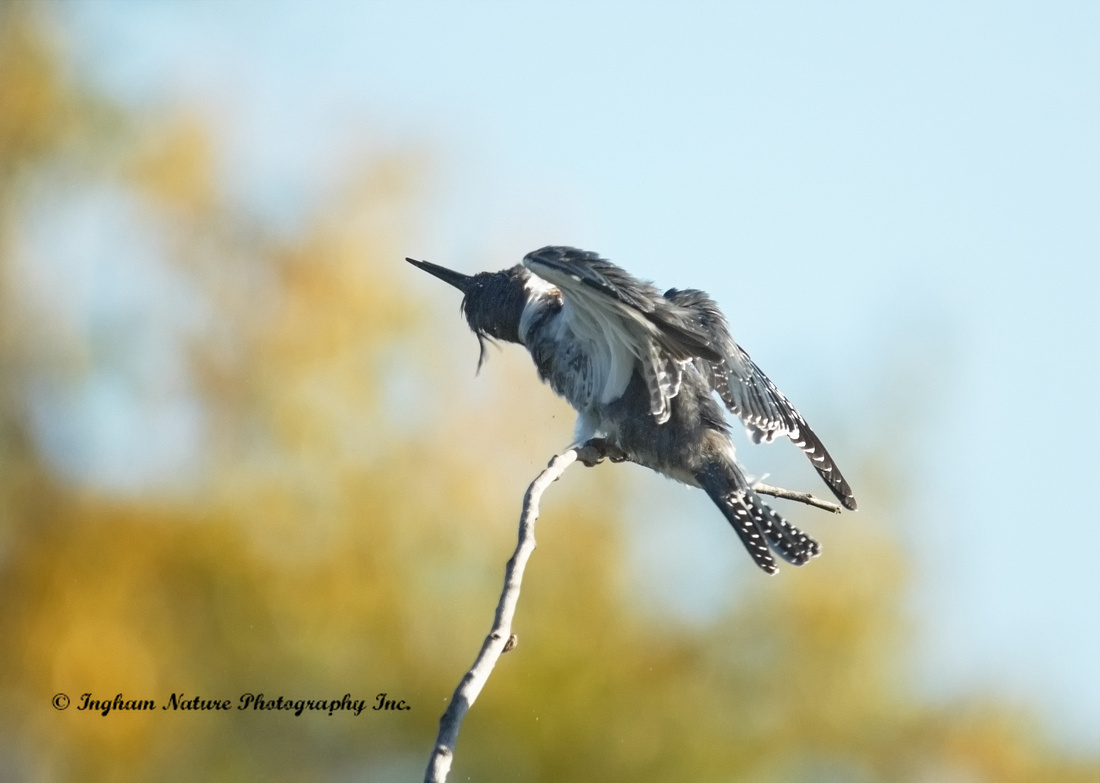 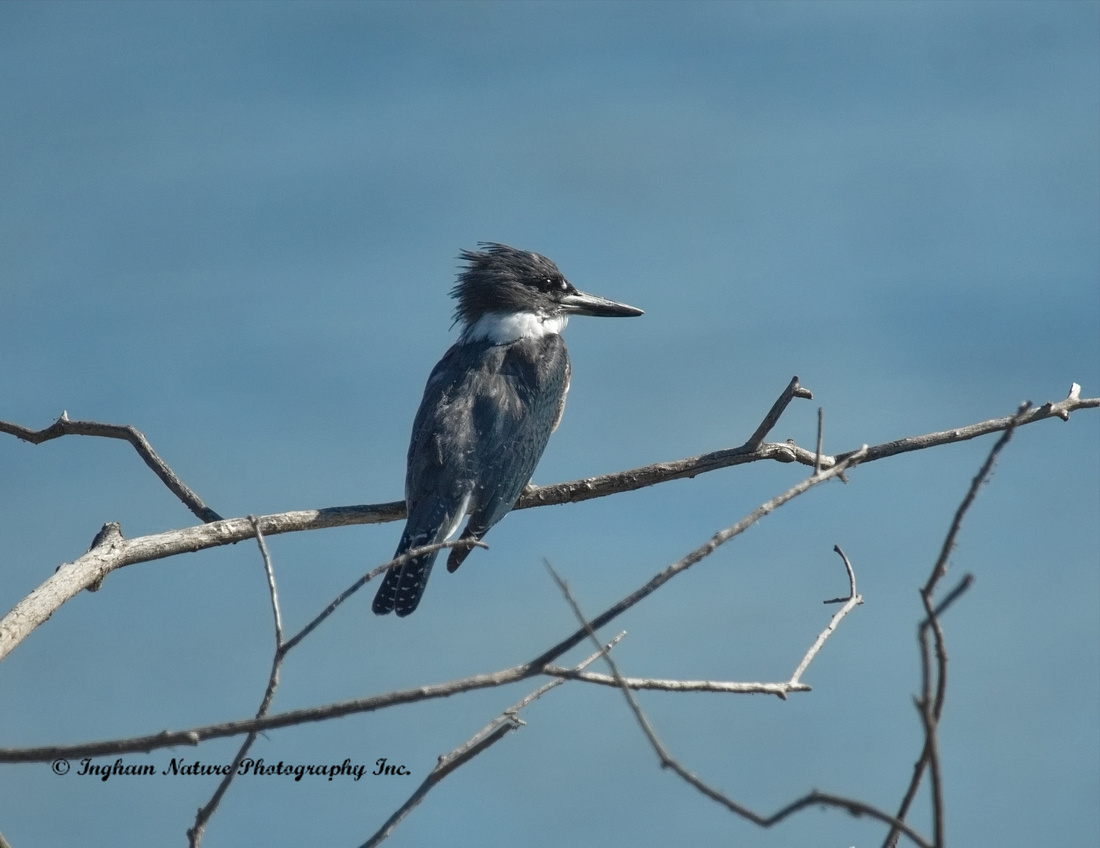 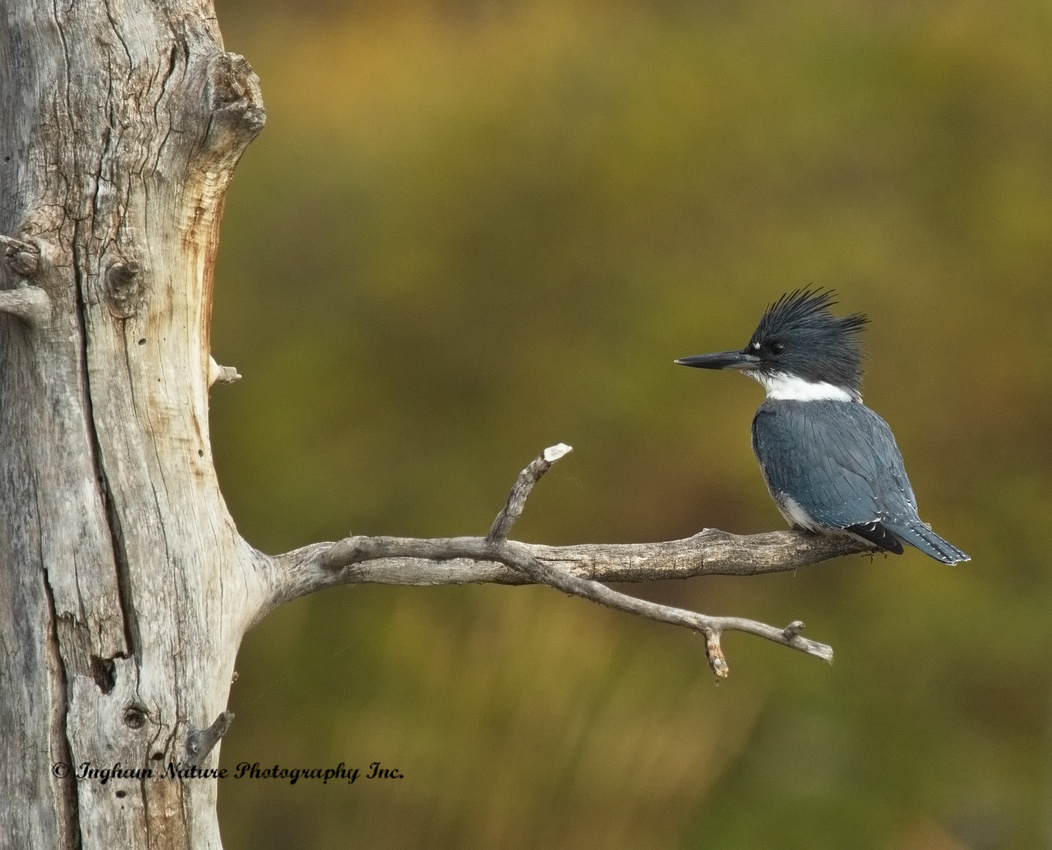