"ON THE WINGS OF ANGELS" - Trumpeter Swans

"ON THE WINGS OF ANGELS"

From a species that was almost driven to extinction early in the 20th century to a species whose numbers are increasing, seeing these magnificent birds, once again, overwintering in Calgary, Alberta, CA is truly an amazing sight.

This pair flew in to join an adult Tundra Swan & juvenile (another blog to come) already settled on an ice shelf along the river's edge. Interestingly, the two Tundra Swans moved further in on the shelf to allow the Trumpeters sufficient room to manoeuvre. There appears to be a quiet politeness among the swans. :) 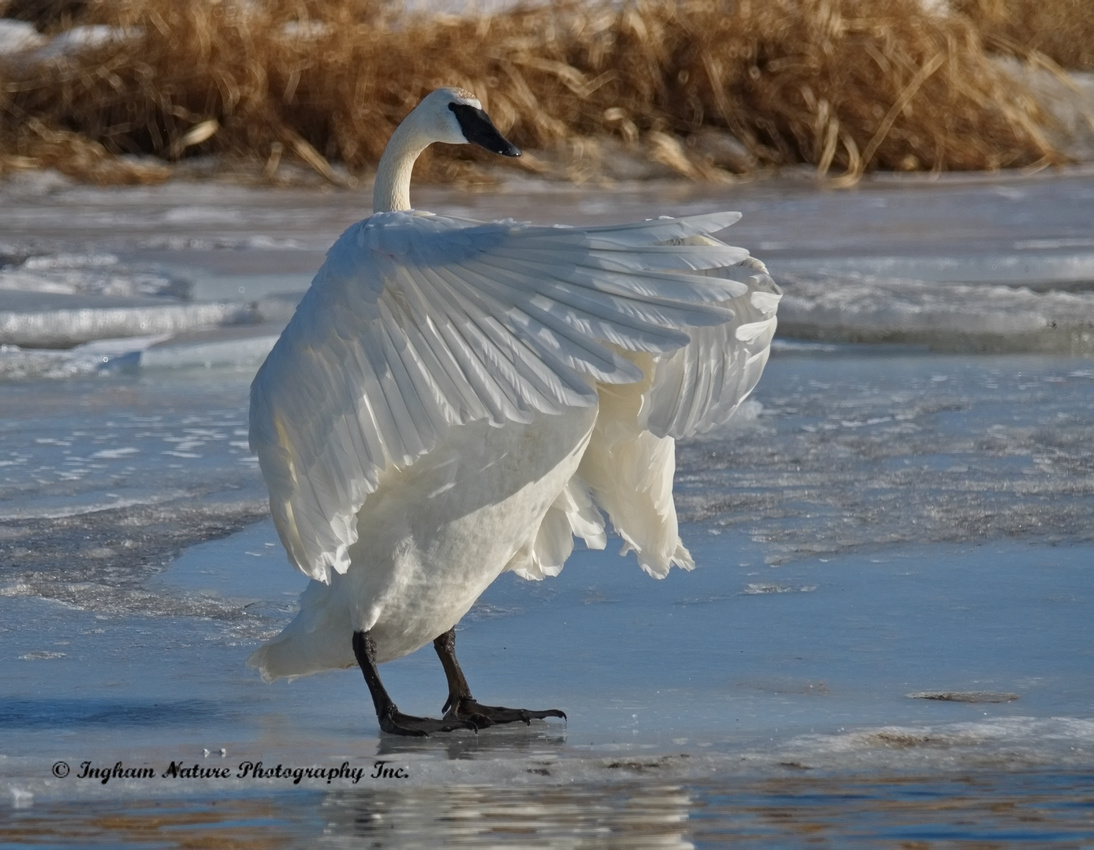 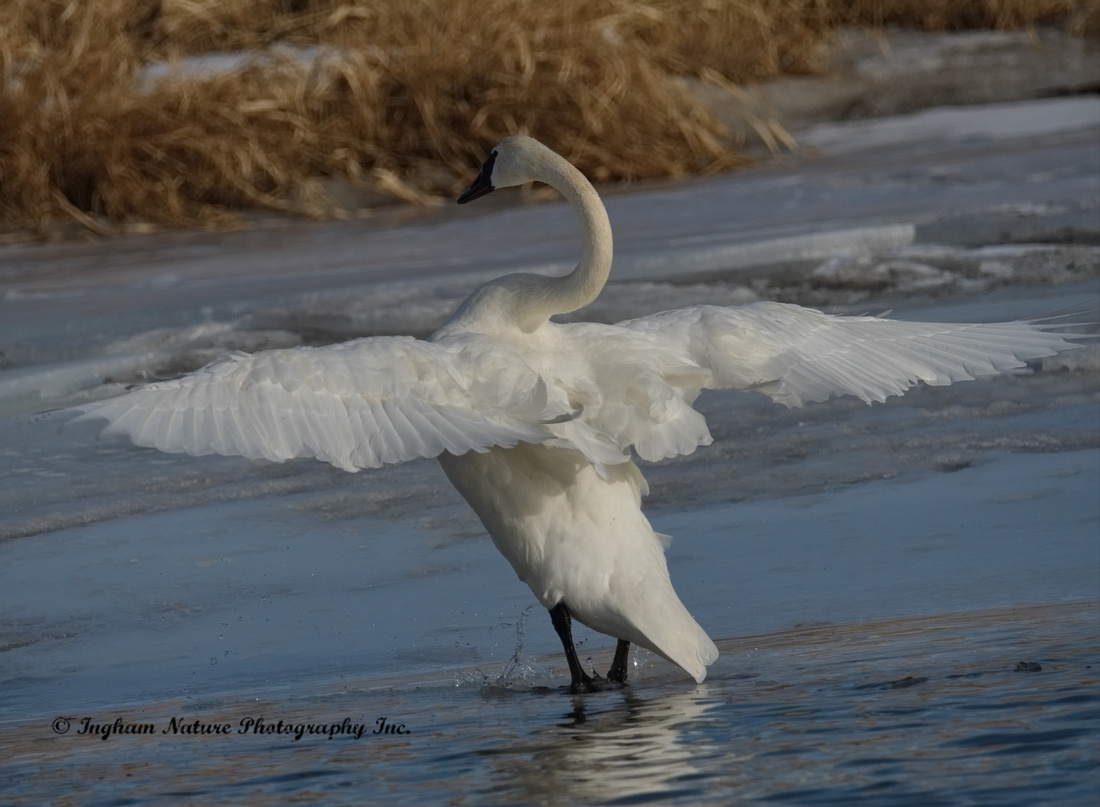 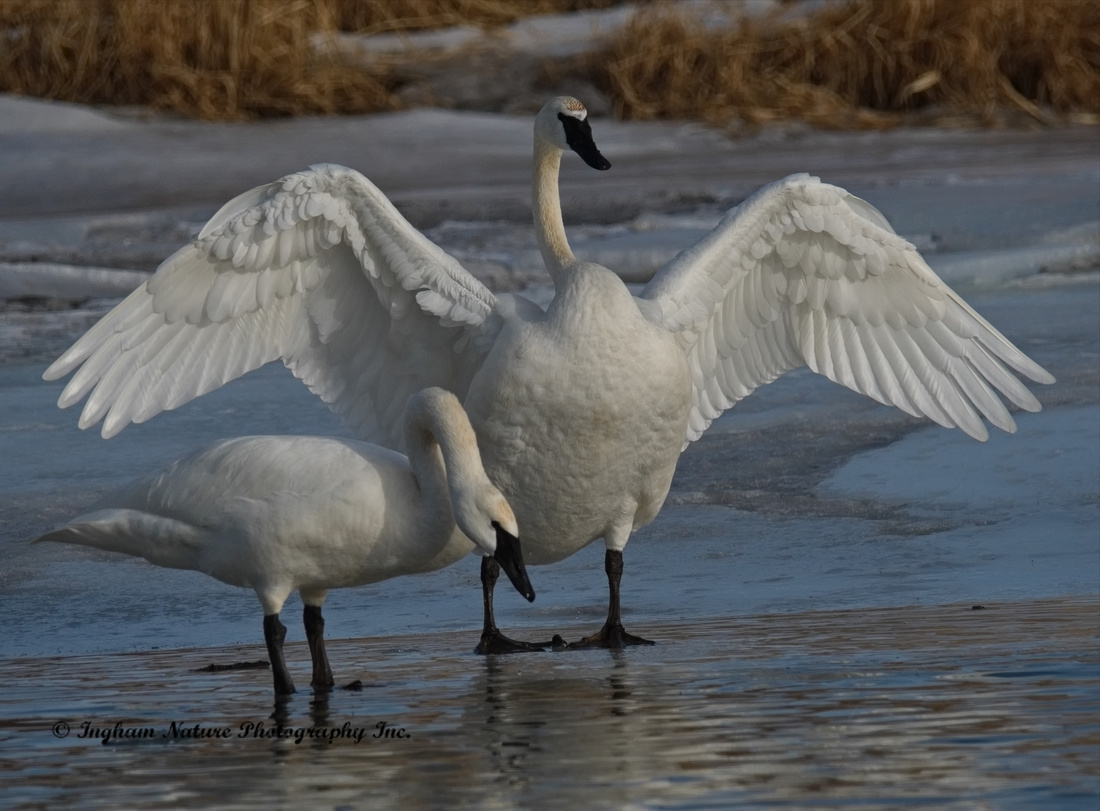 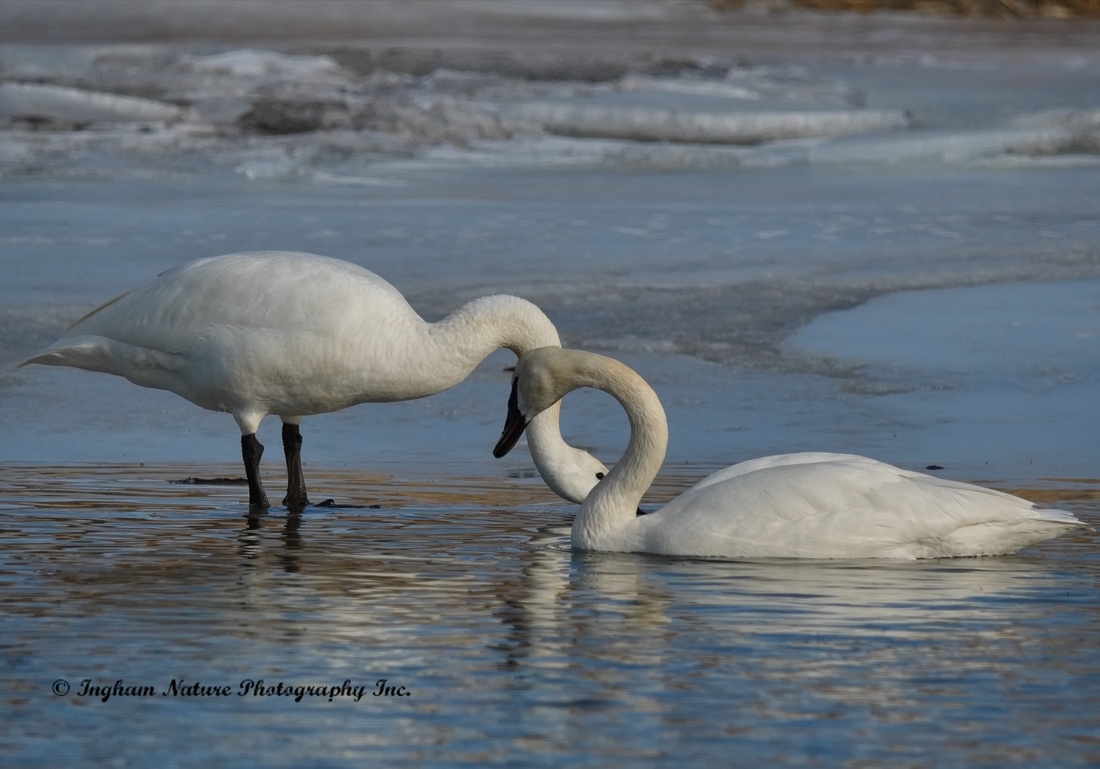 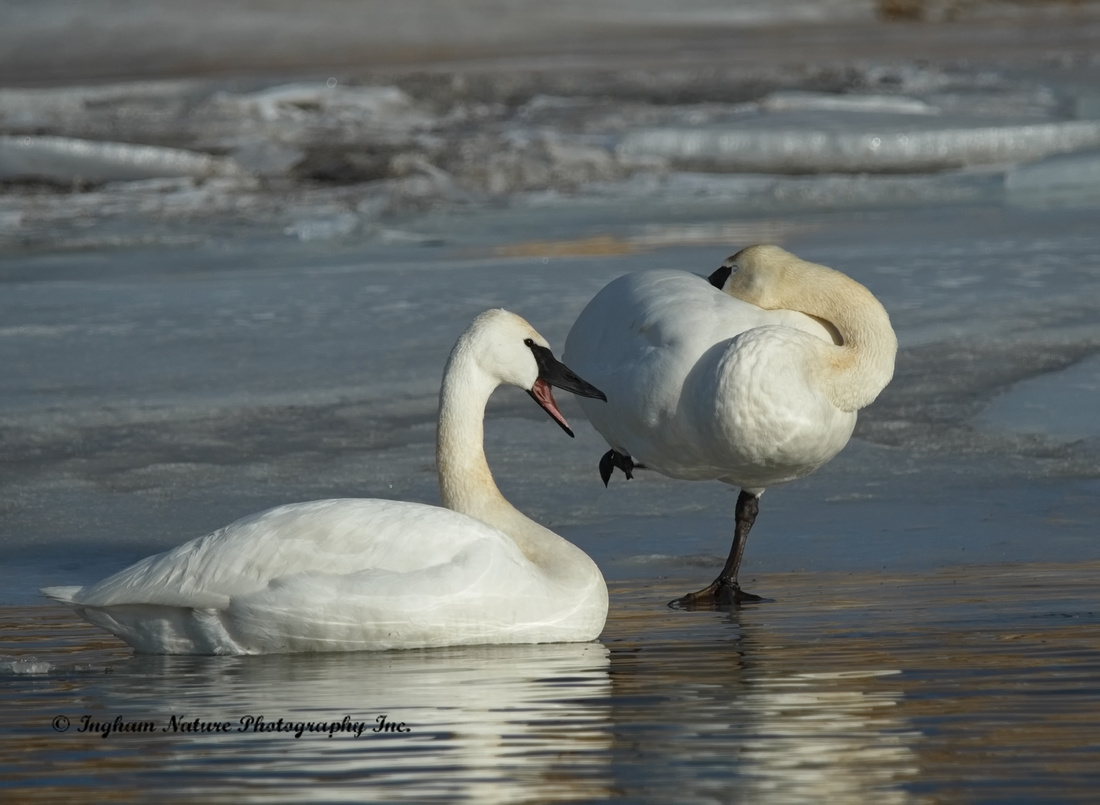 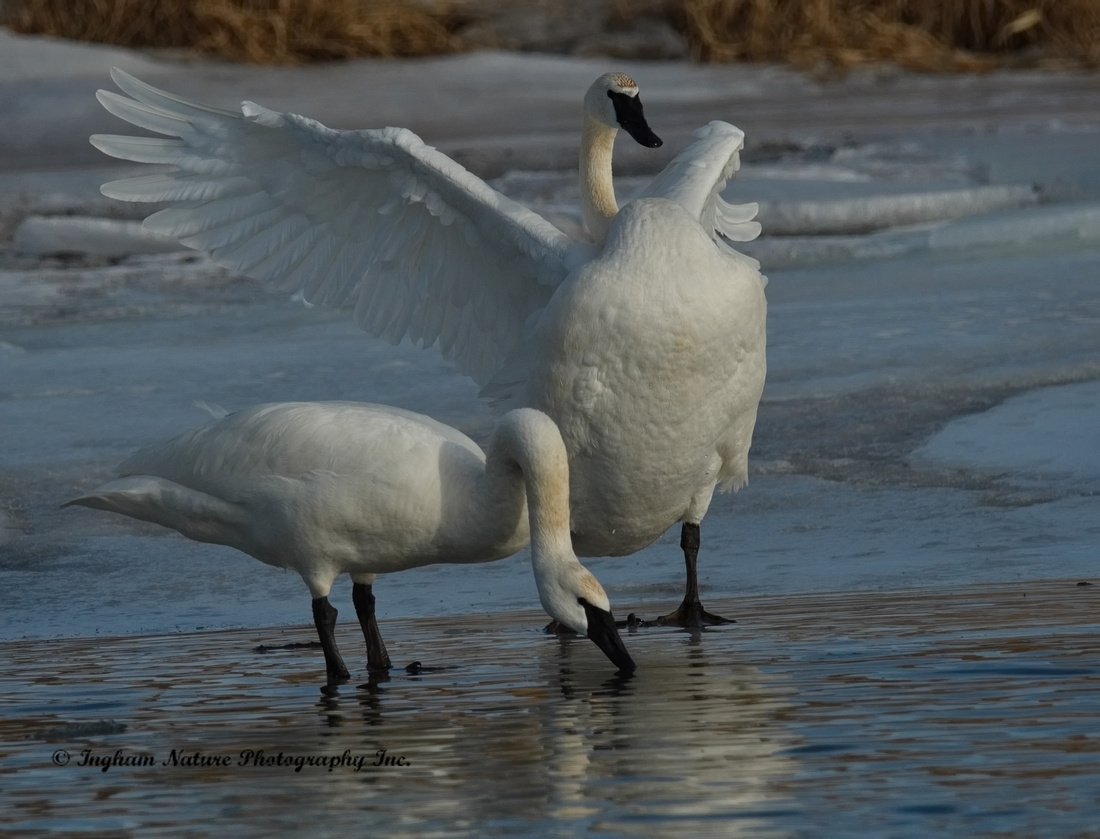 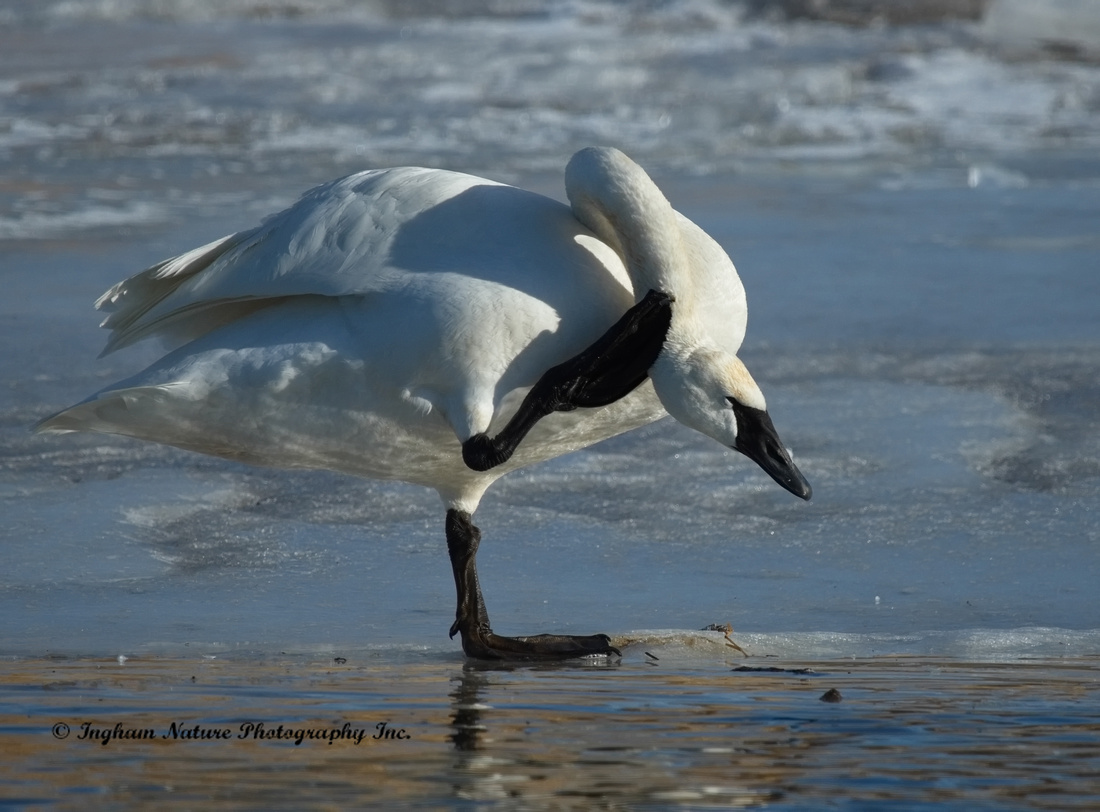 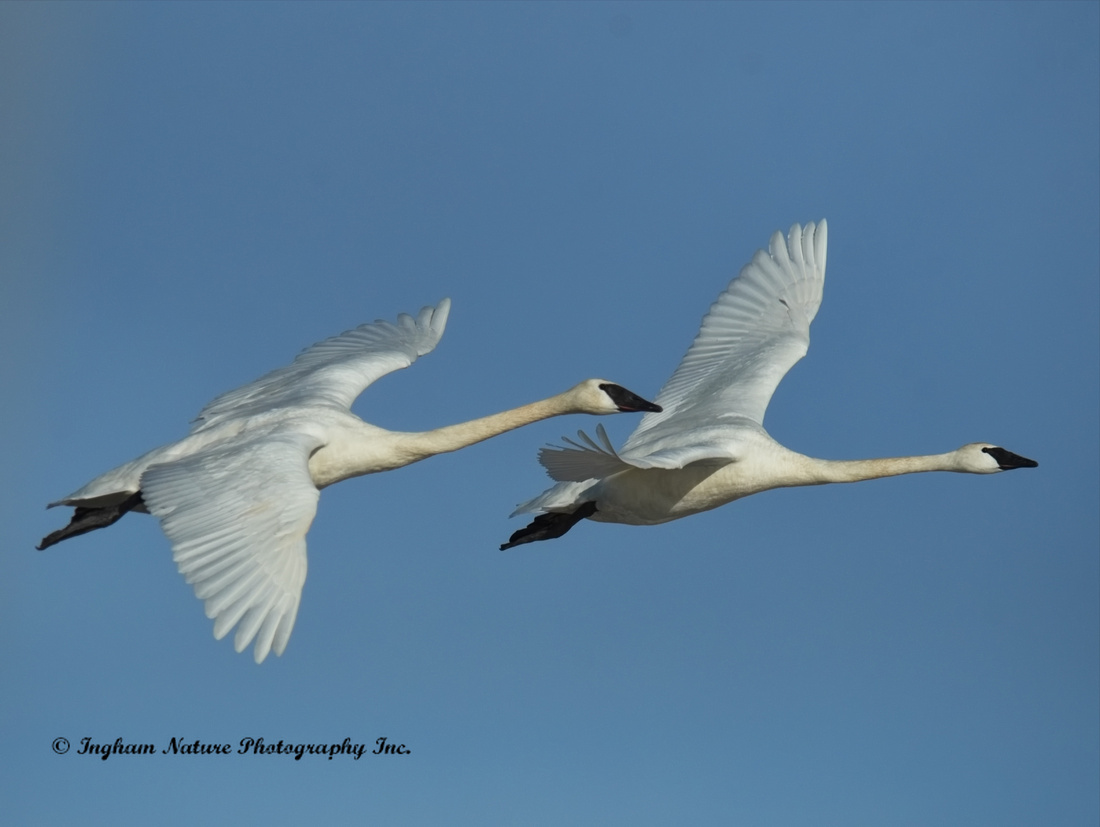