Am certain almost everyone has heard of "The Loch Ness Monster" or Nessie for short.

Well I know this Great Blue Heron's catch isn't really "Nessie" although its head bears a strong resemblance but the fish's size is enormous even for a Great Blue Heron. The heron caught the fish in a shallow part of a pond and having successfully pulled it from the water, the heron walked over to a large rock where it whacked it several times against the hard surface, much like what a kingfisher does with its catch.

I believe the fish is a Northern Pike, quite the predator amongst other fish and in this case, though, the predator became the prey.

And then after a bit of repositioning, down the heron's throat it went, head first and in one long swallow. A little sip of water and believe it or not, the heron went back to fishing. Shortly thereafter, it flew into a tree to groom and probably digest. 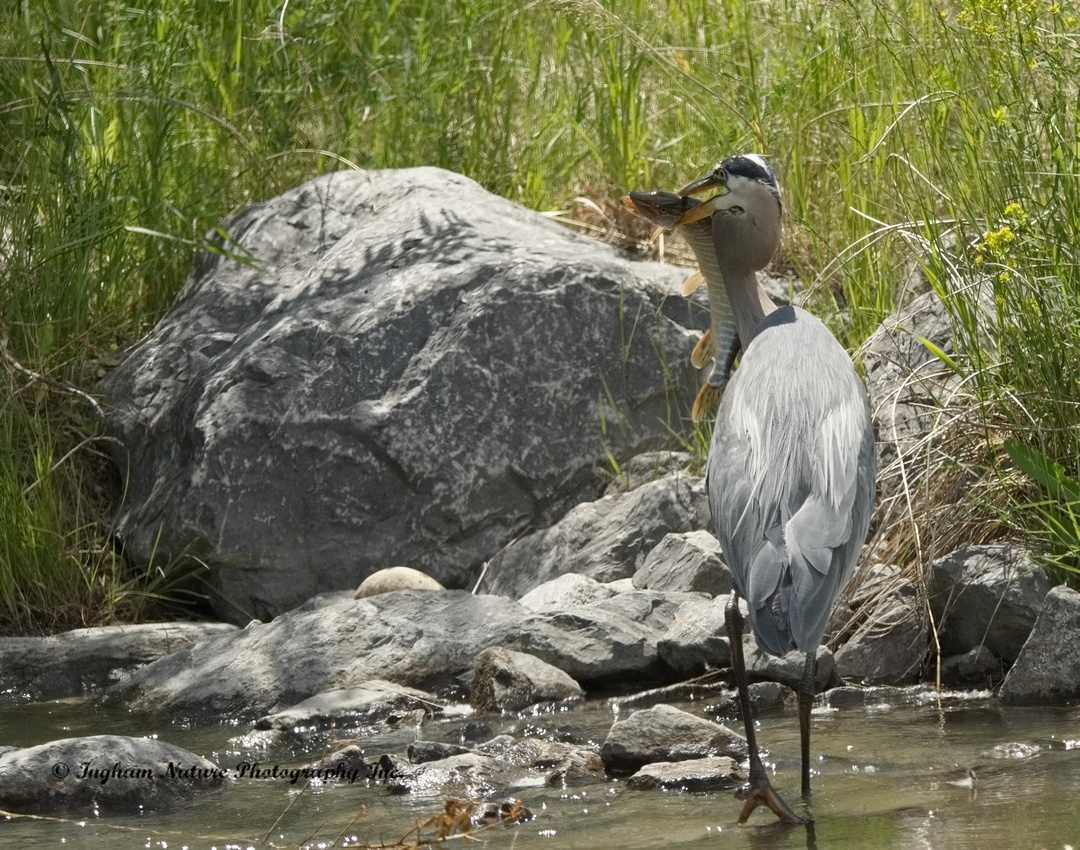 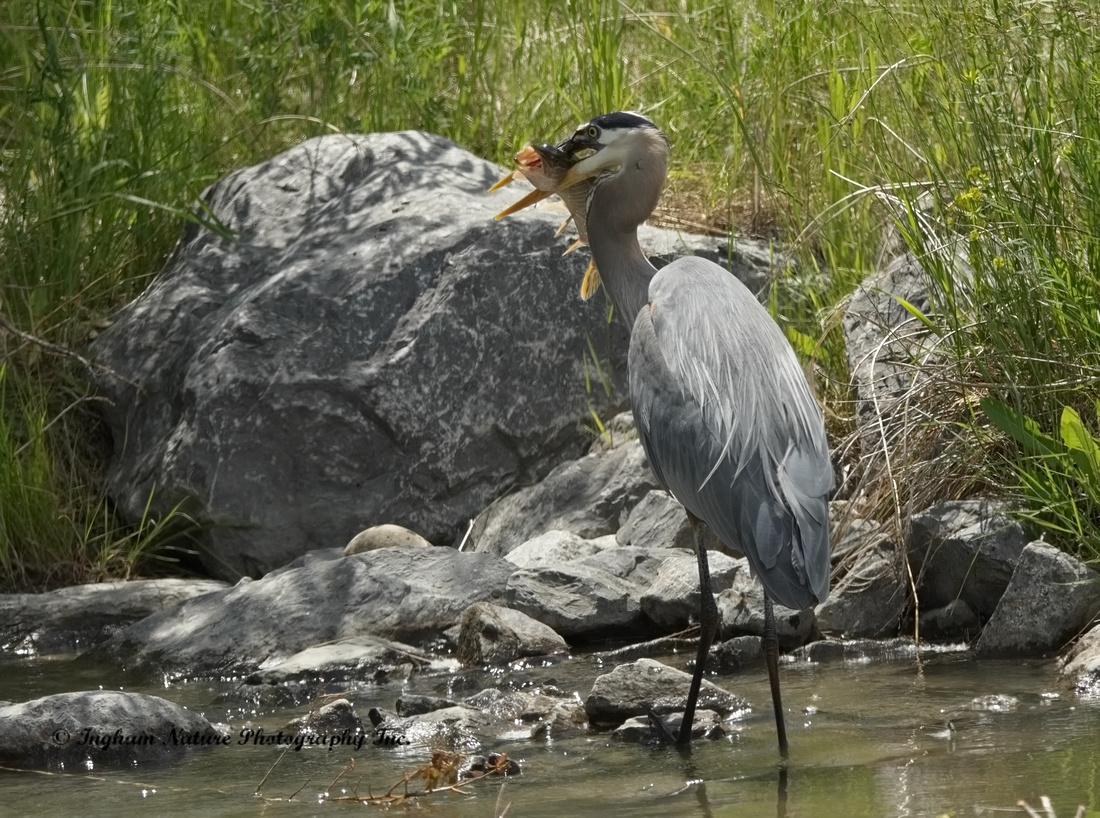 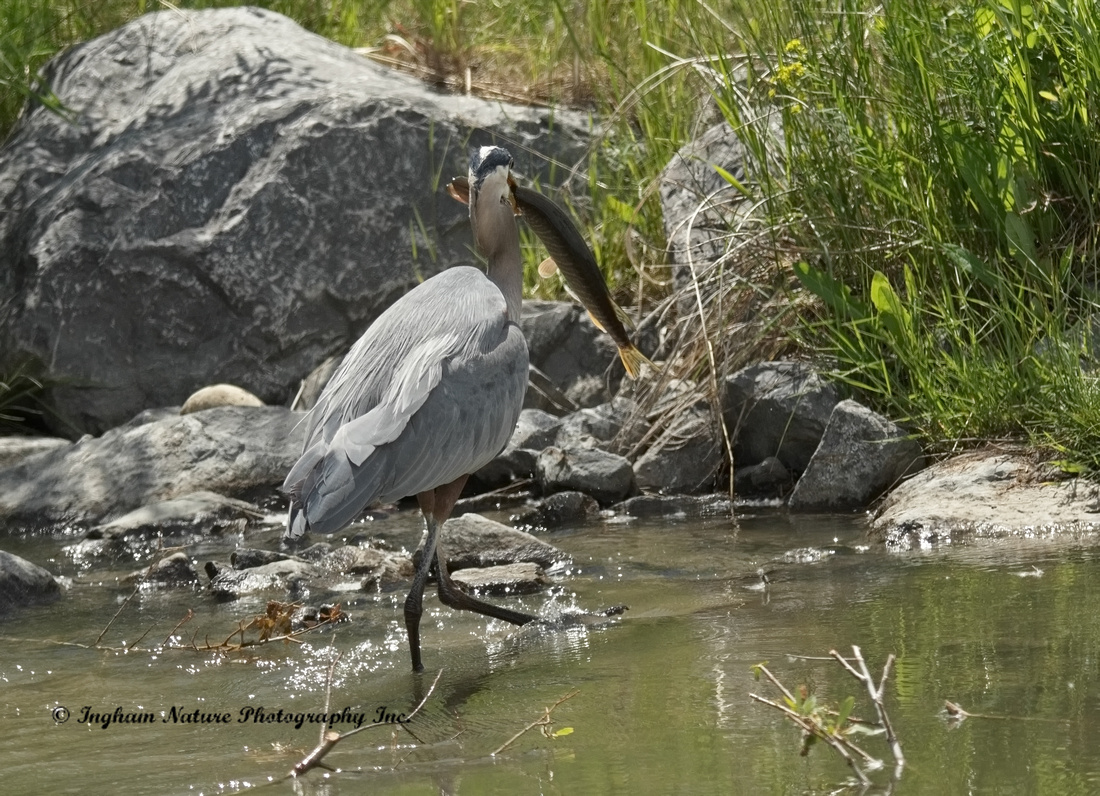 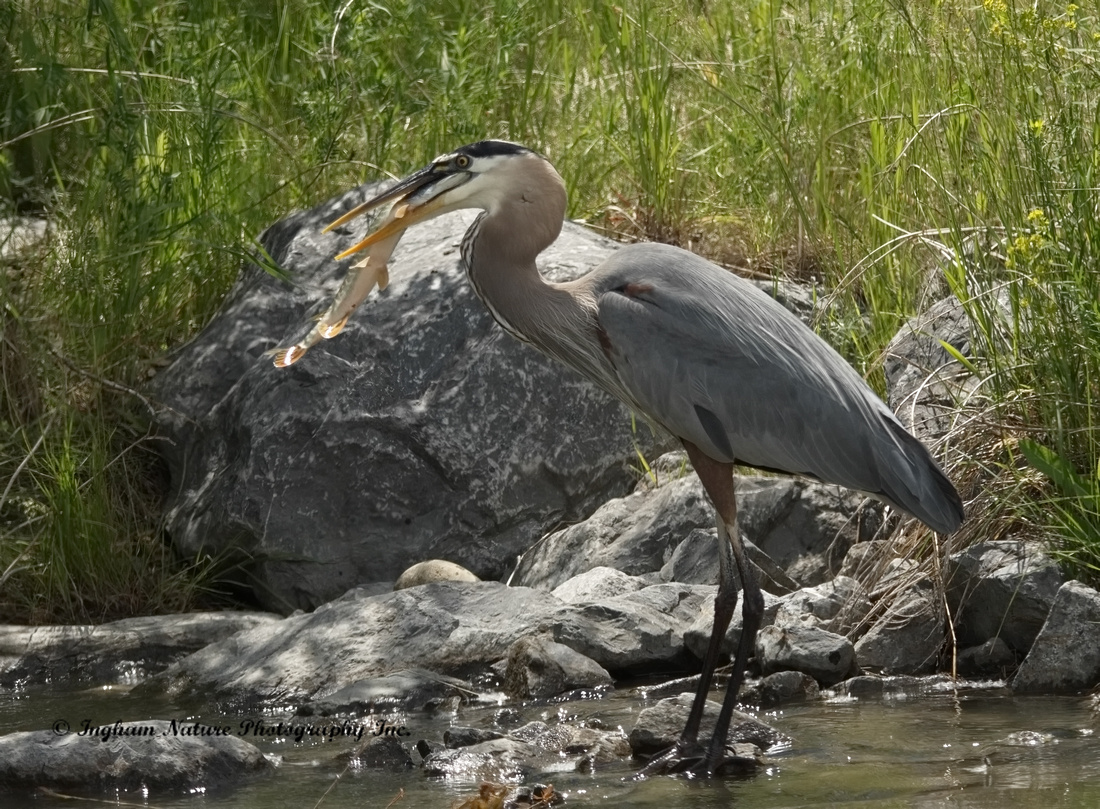 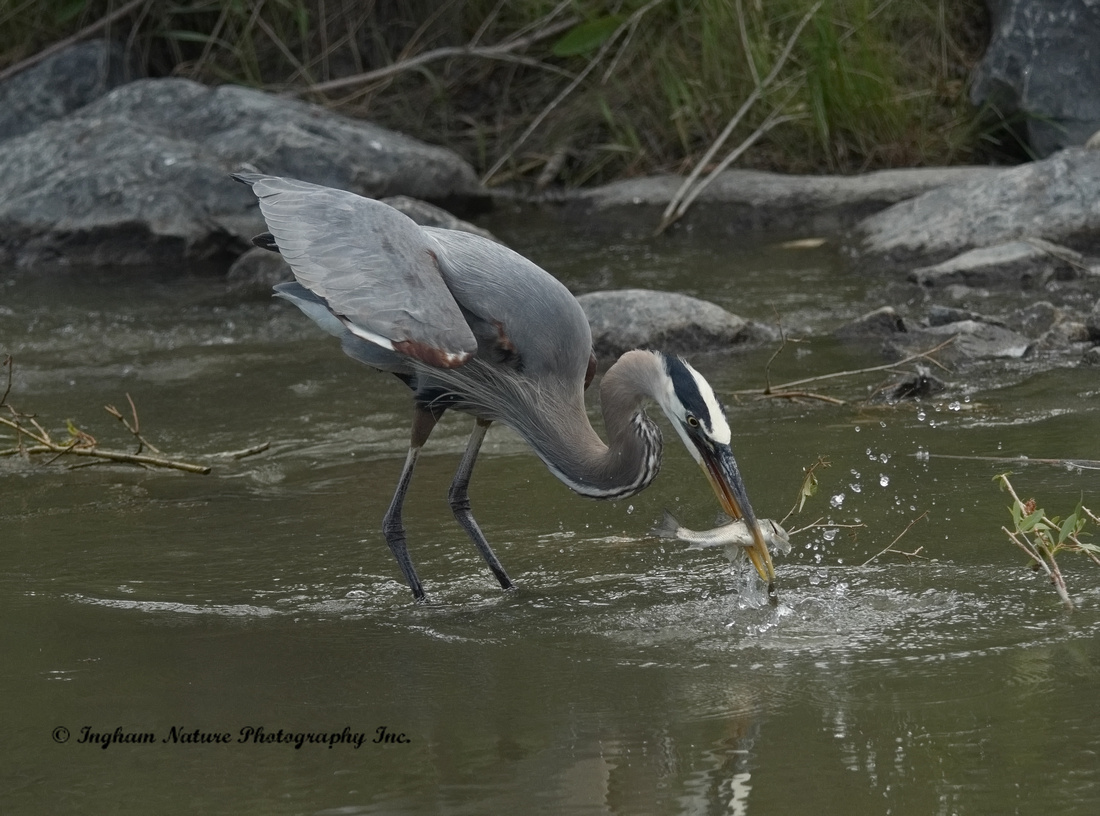 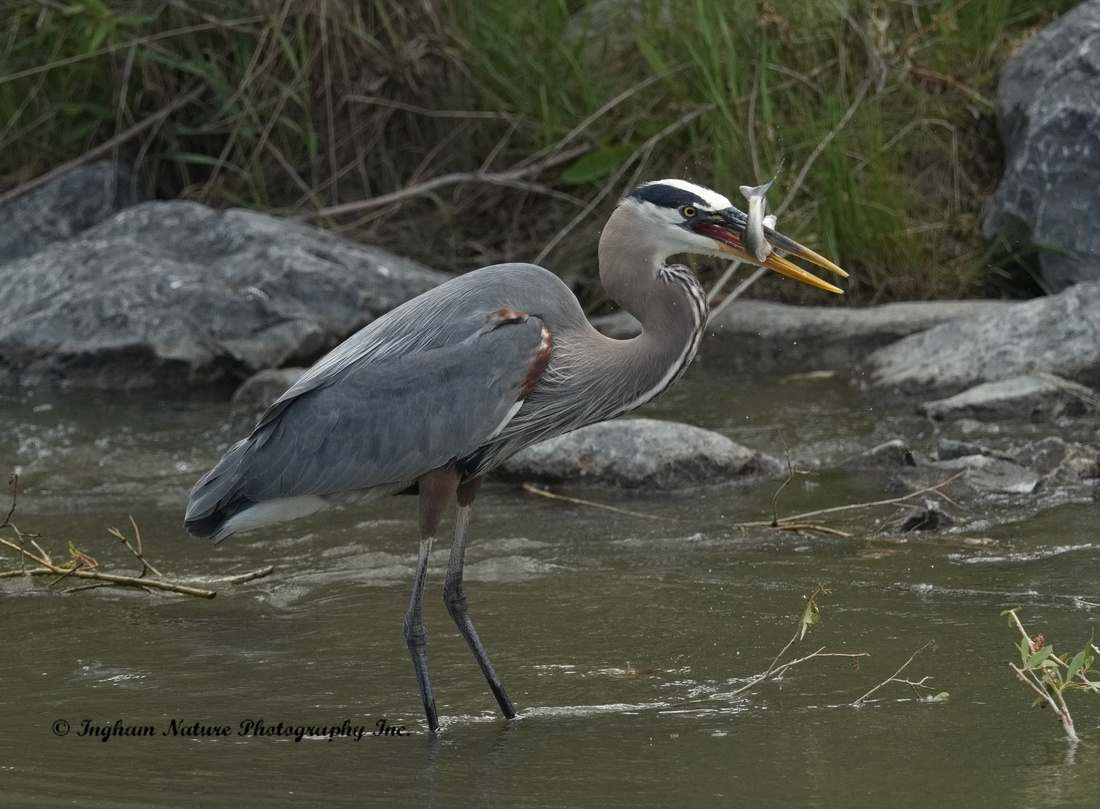 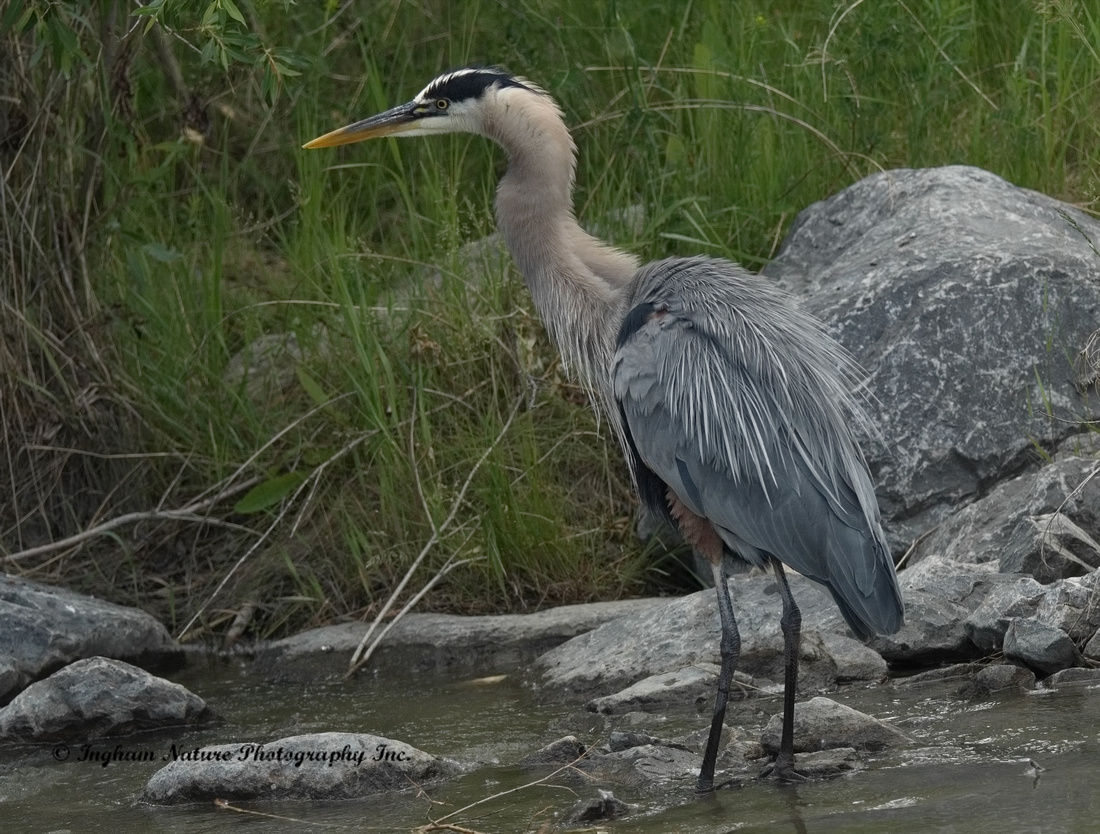