"I'M ON THE TOP OF THE WORLD LOOKING DOWN ON CREATION"

To quote that line from "The Carpenters' Song" - "I'm On The Top of the World Looking Down on Creation".

This photo shoot took place late one afternoon, drifting into early evening. And it is a continuation of the photo that appeared in the April 13th blog.

When I first arrived, although the porcupine was low down on the tree, it wasn't in the most conducive spot for a clean shot. Then the porcupine took its two front paws and placed them on a higher branch and the rest was well magic for me. The soft light was perfect and it brought out all the definition of the porcupine while minimizing any shadowing. And the subject was, of course in my opinion, a 10 out of 10! 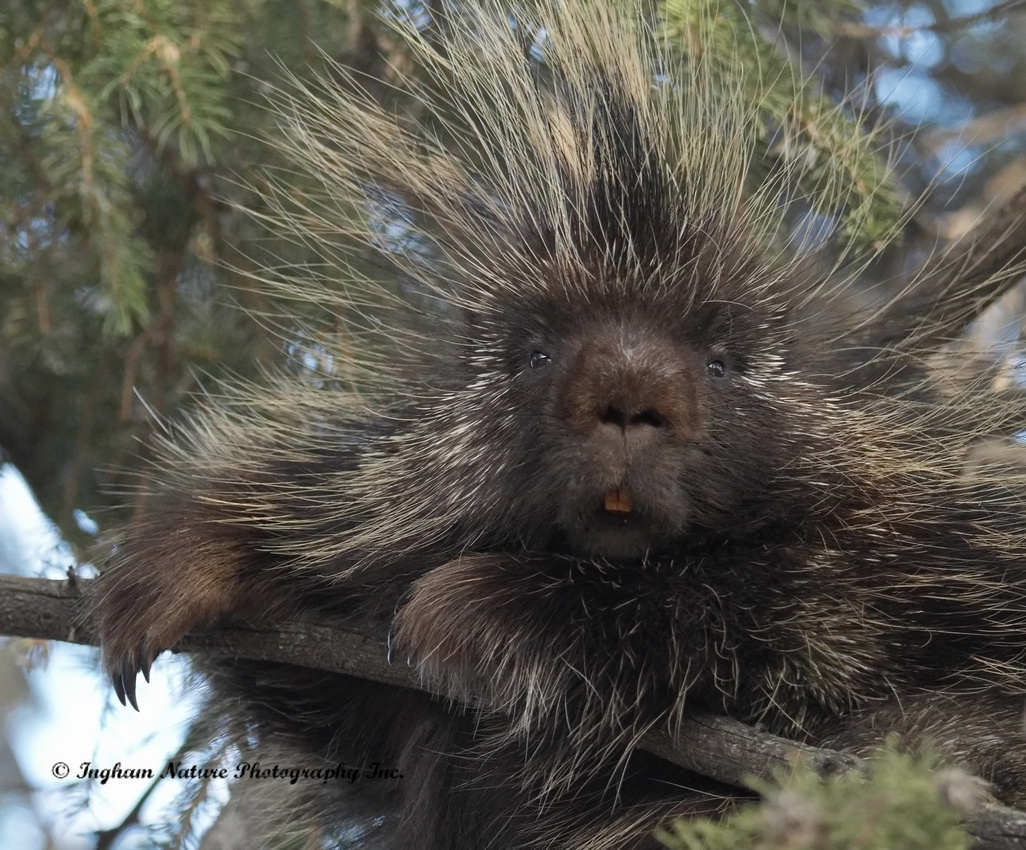 Porcupine - North American"WILDLIFE AT ITS BEST" 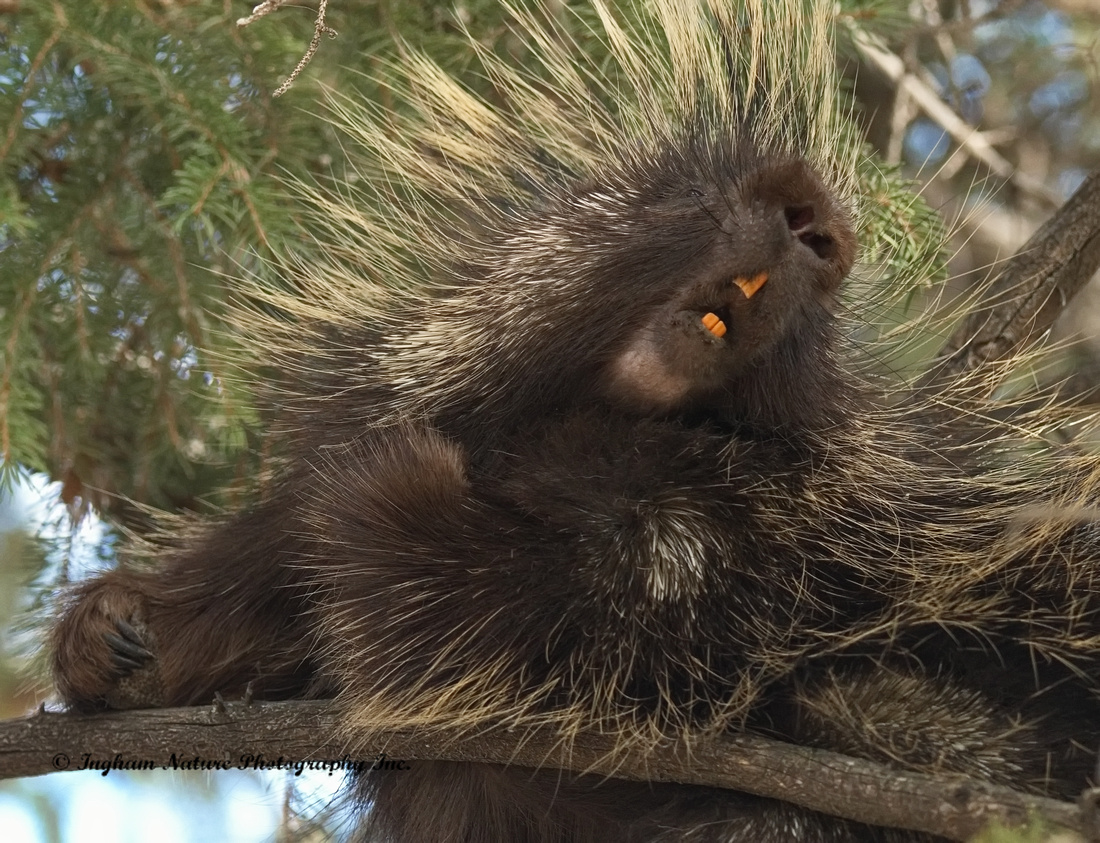 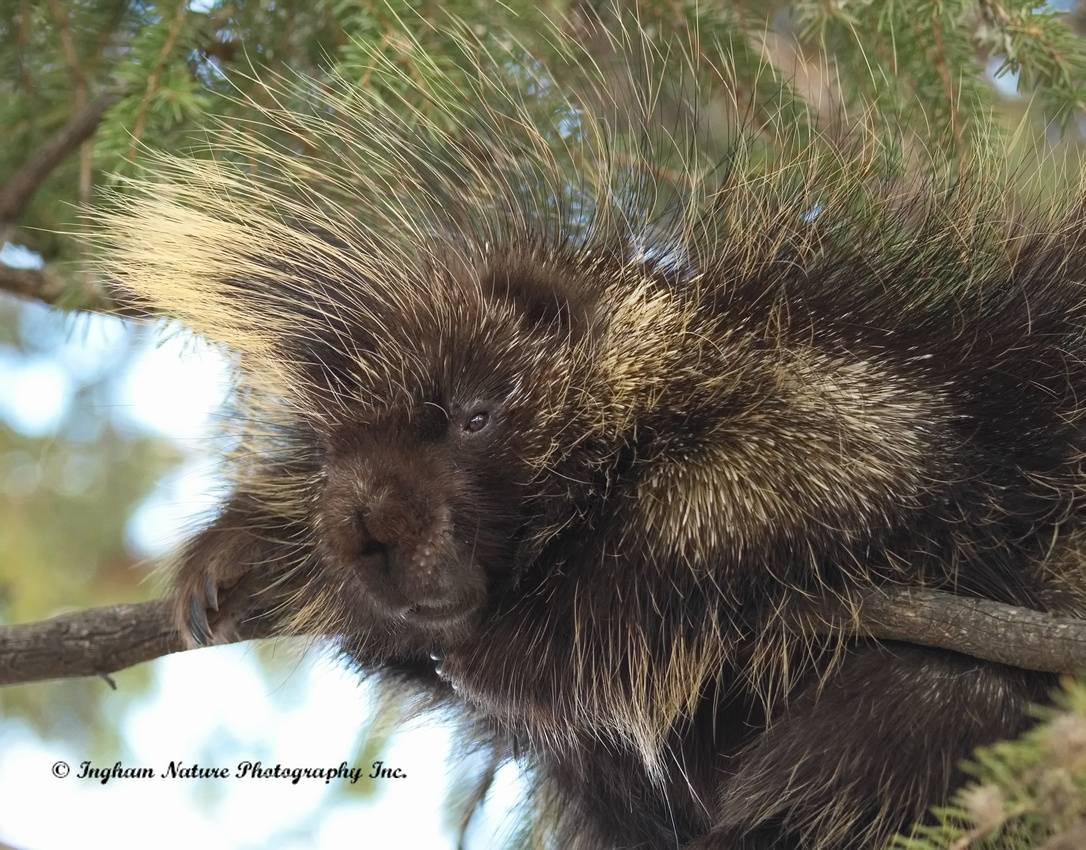 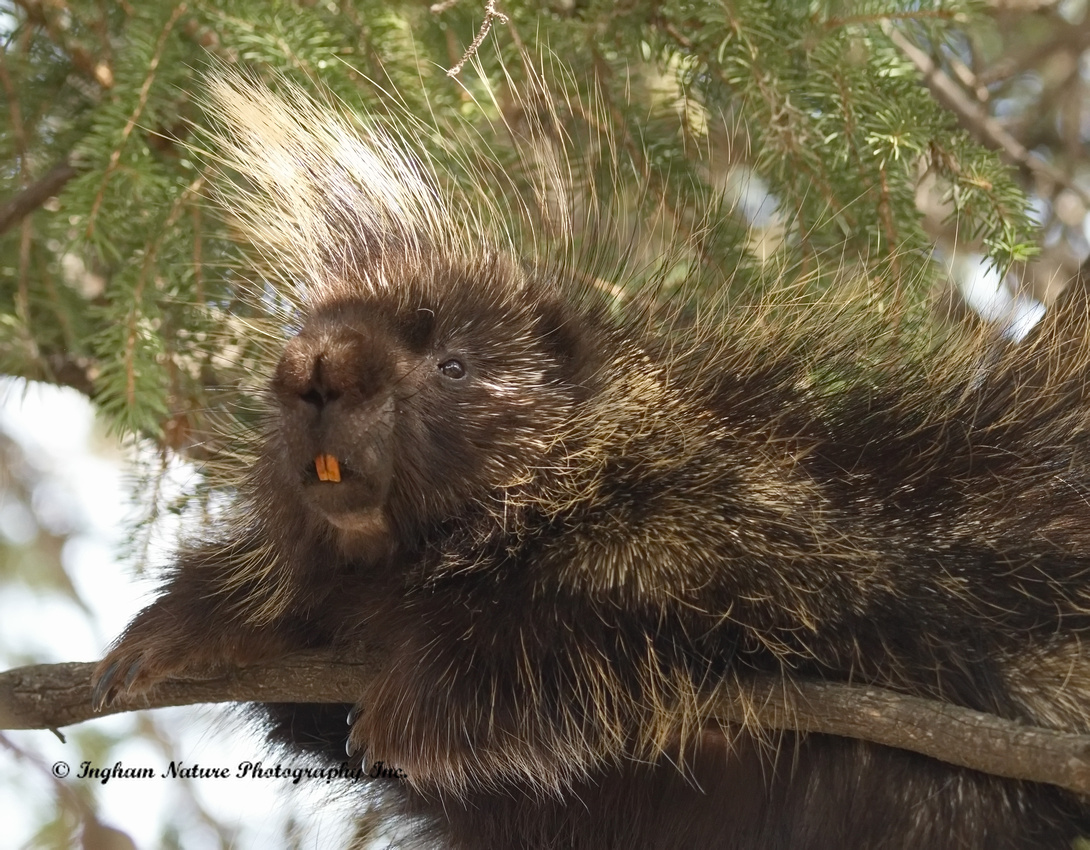 Porcupine - North American"USING THAT NOSE TO SNIFF OUT INTRUDERS" 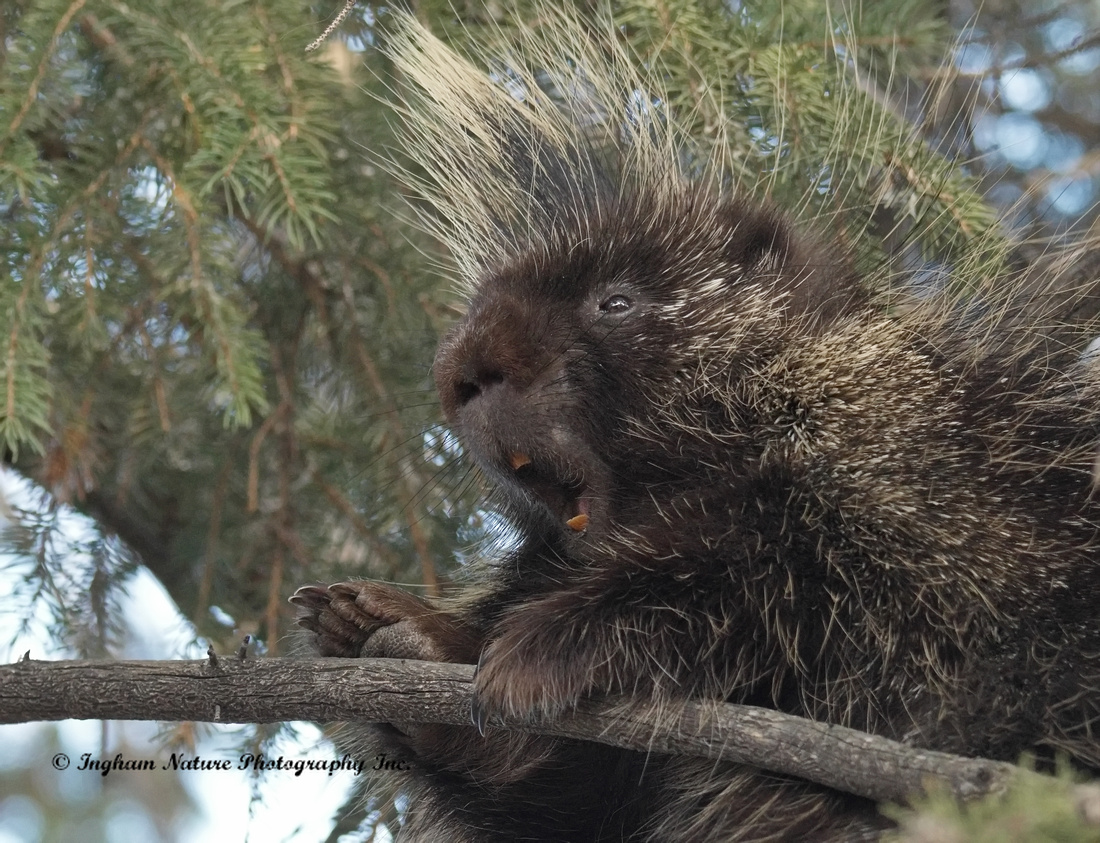 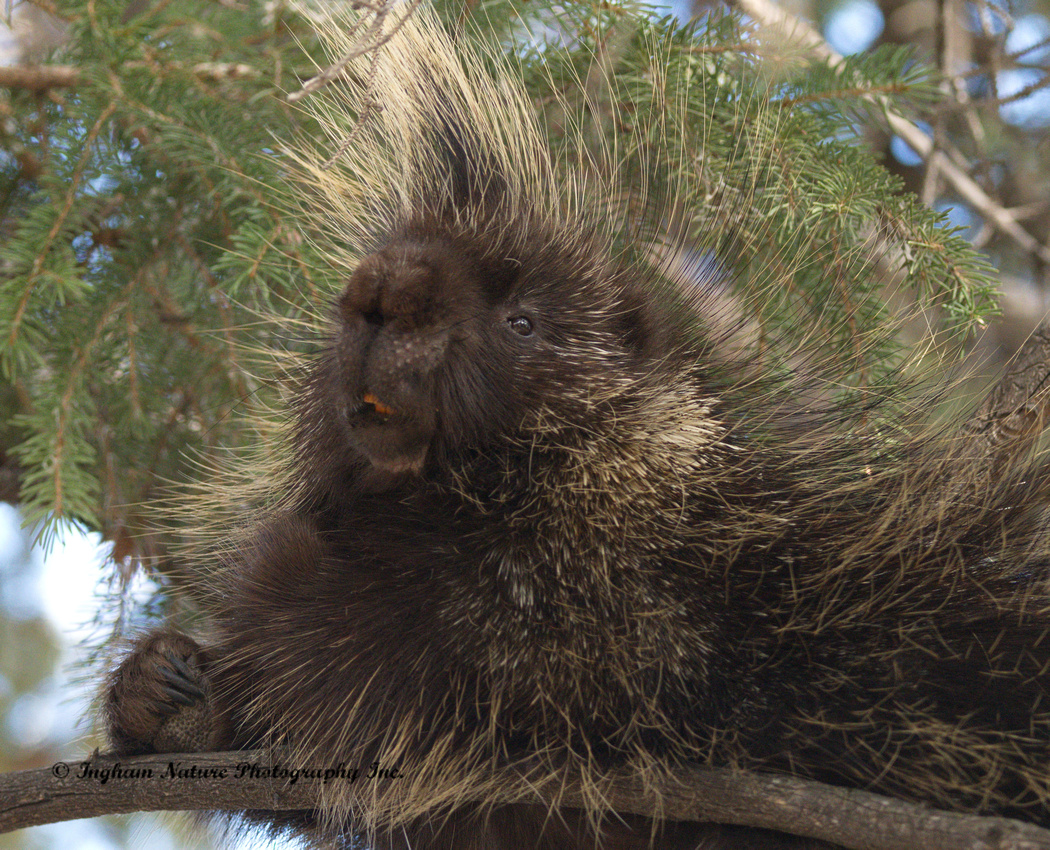 Porcupine - North AmericanHOW'S THIS FOR A PORCUPINE POSE?" 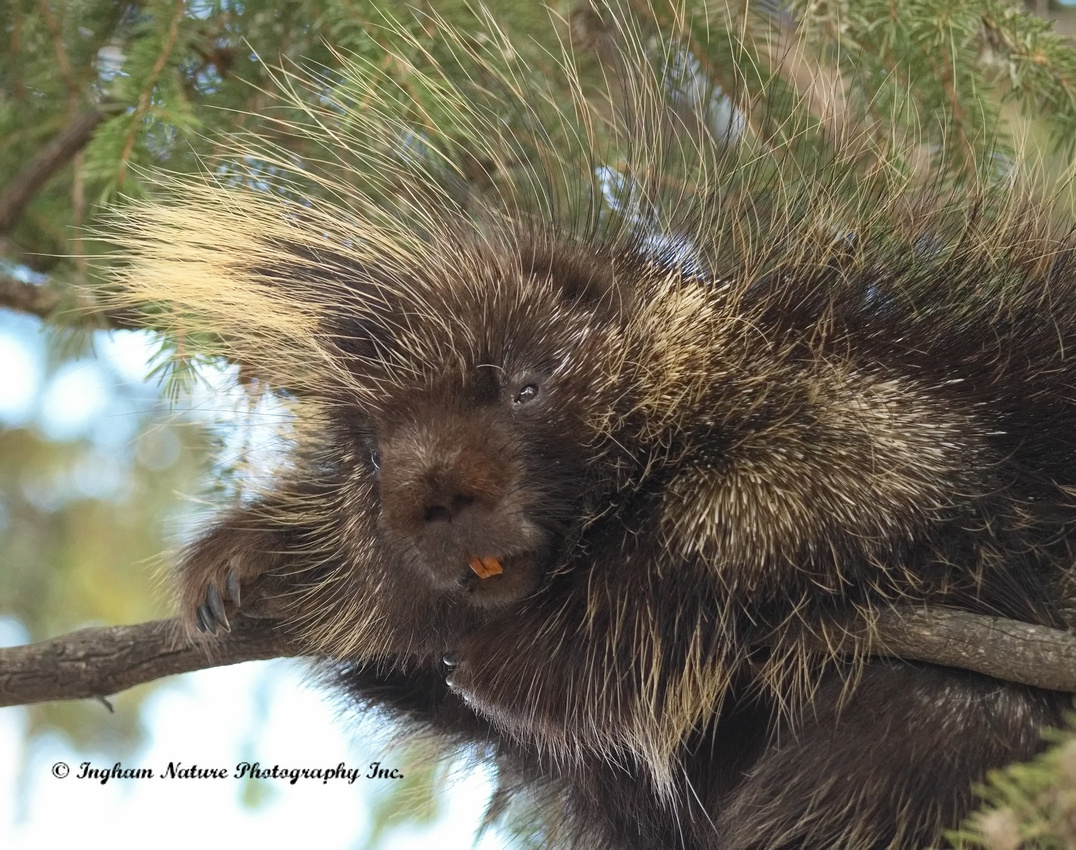