"THE ONE THAT GOT AWAY" - American Bald Eagle (Adult)

"THE ONE THAT GOT AWAY"

I first spotted this Bald Eagle sitting on the rocks in the water, across the river. Shortly thereafter, it flew into a tree on the far side where it remained perched and vigilant looking down at the river.

And then faster than you could say American Bald Eagle, it was off and down.

I have seen eagles hunt duck on the river before but this was my first experience watching one fish. And what a fish!

Unfortunately it only managed to catch the fish with one talon. Probably due to the fish's size and squirming, the fish dropped back into the river much to my dismay (and much more the eagle's as well).

After a few flying tours, the eagle landed back on the tree. And then some time after, it flew back upstream hopefully to have better fortune with another fish. 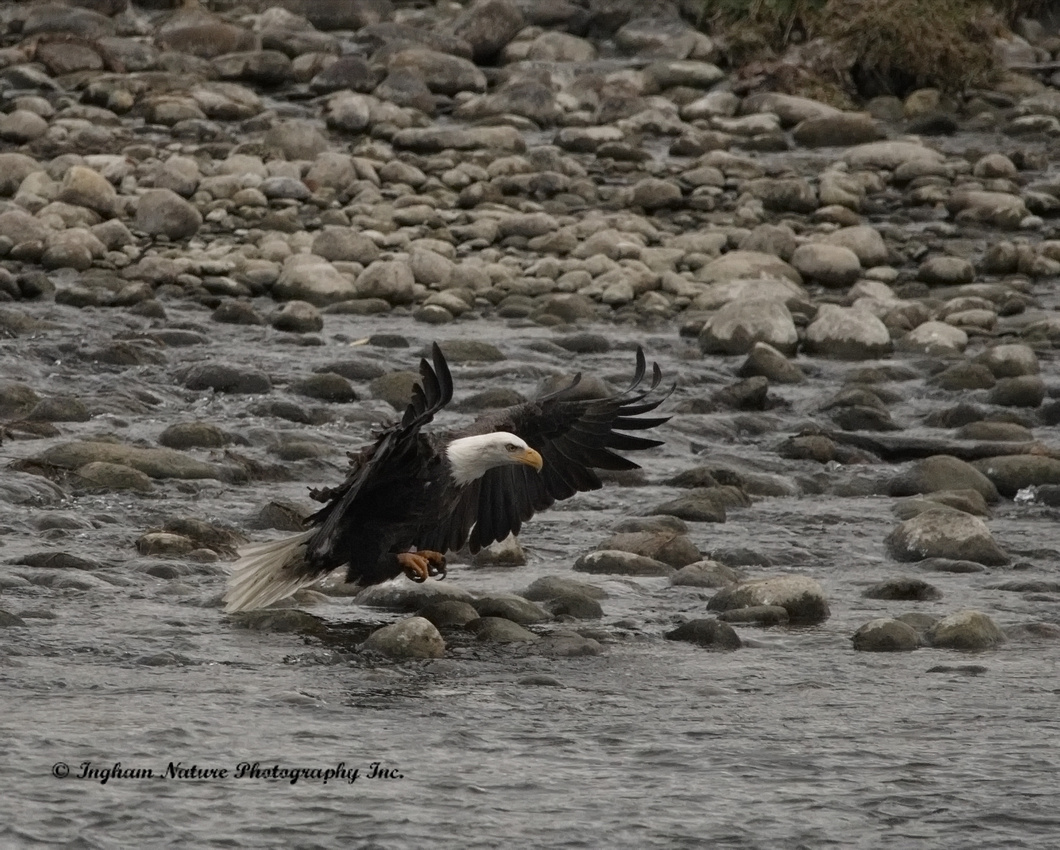 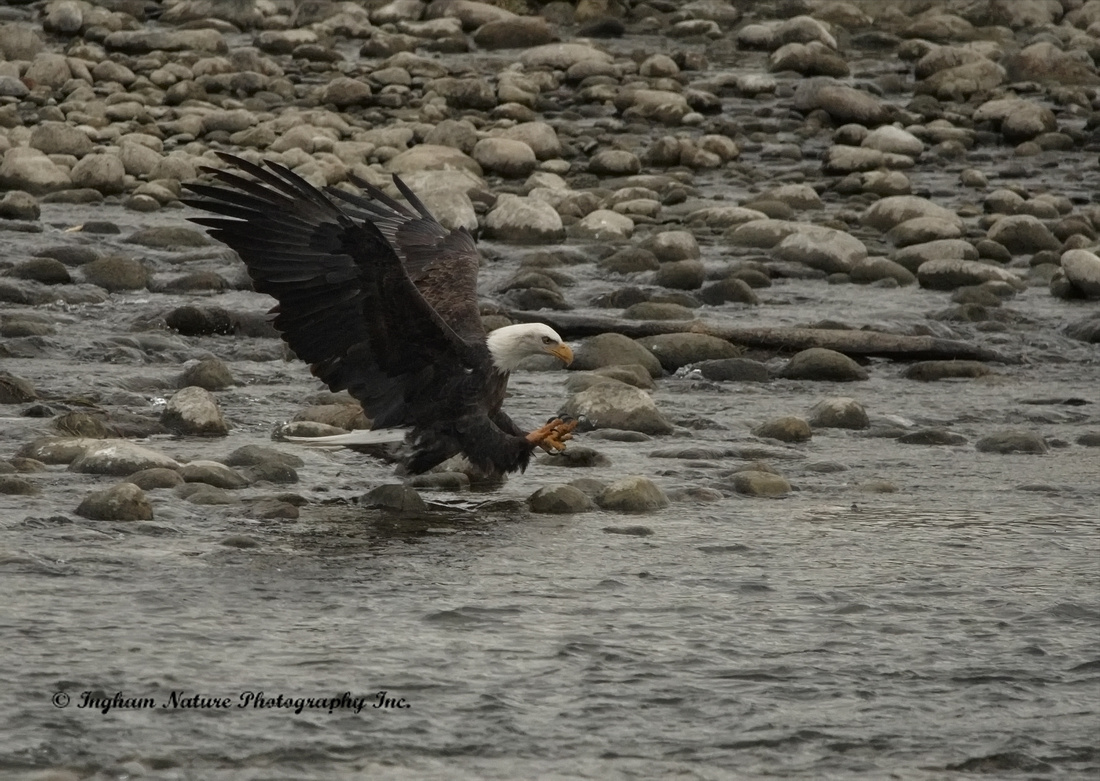 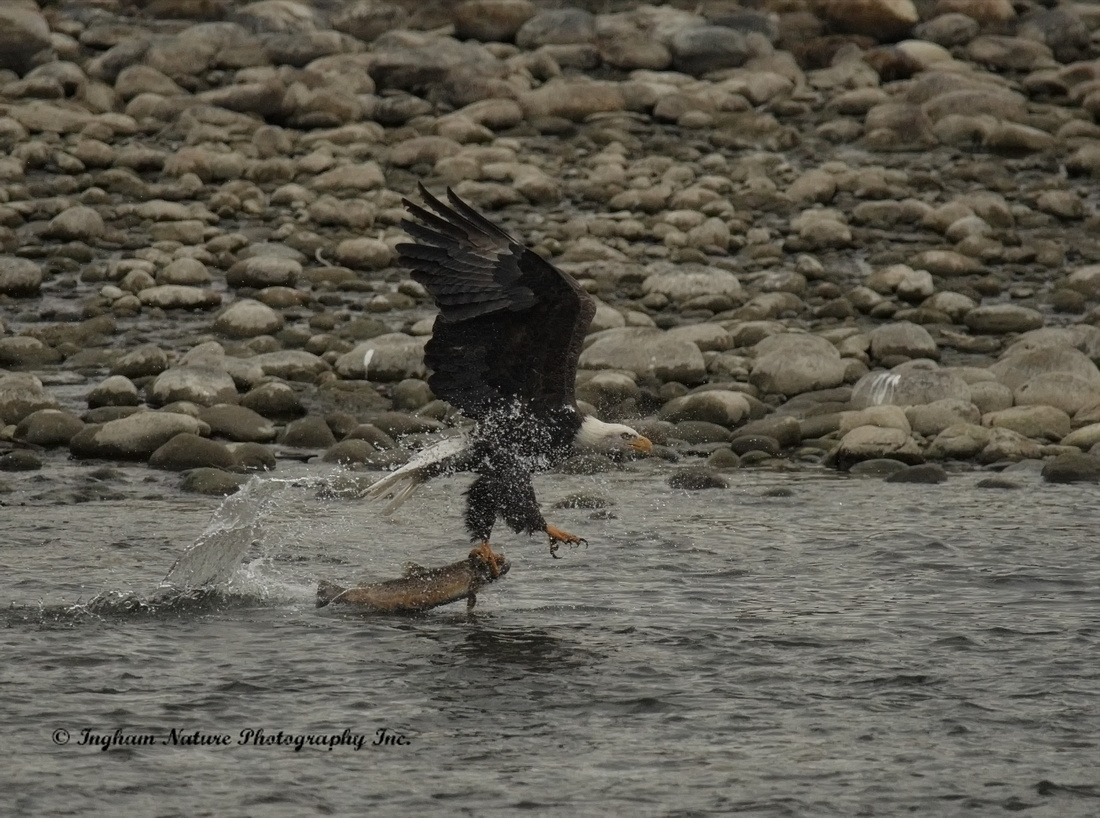 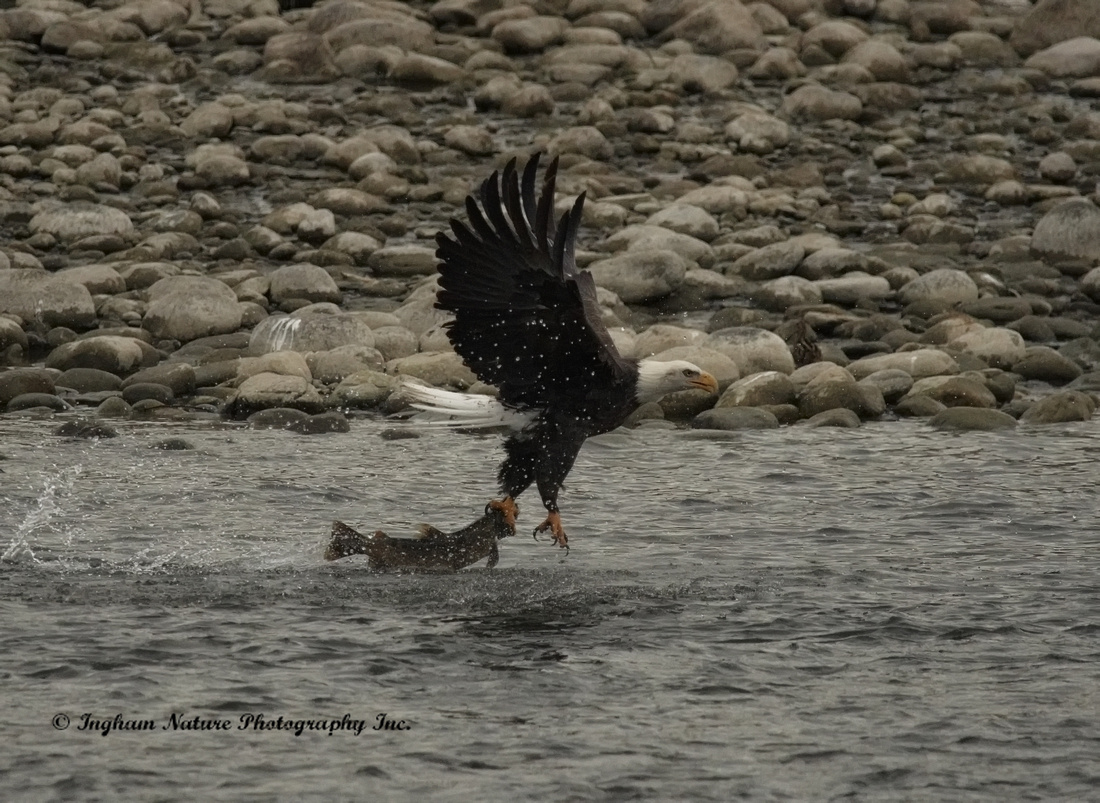 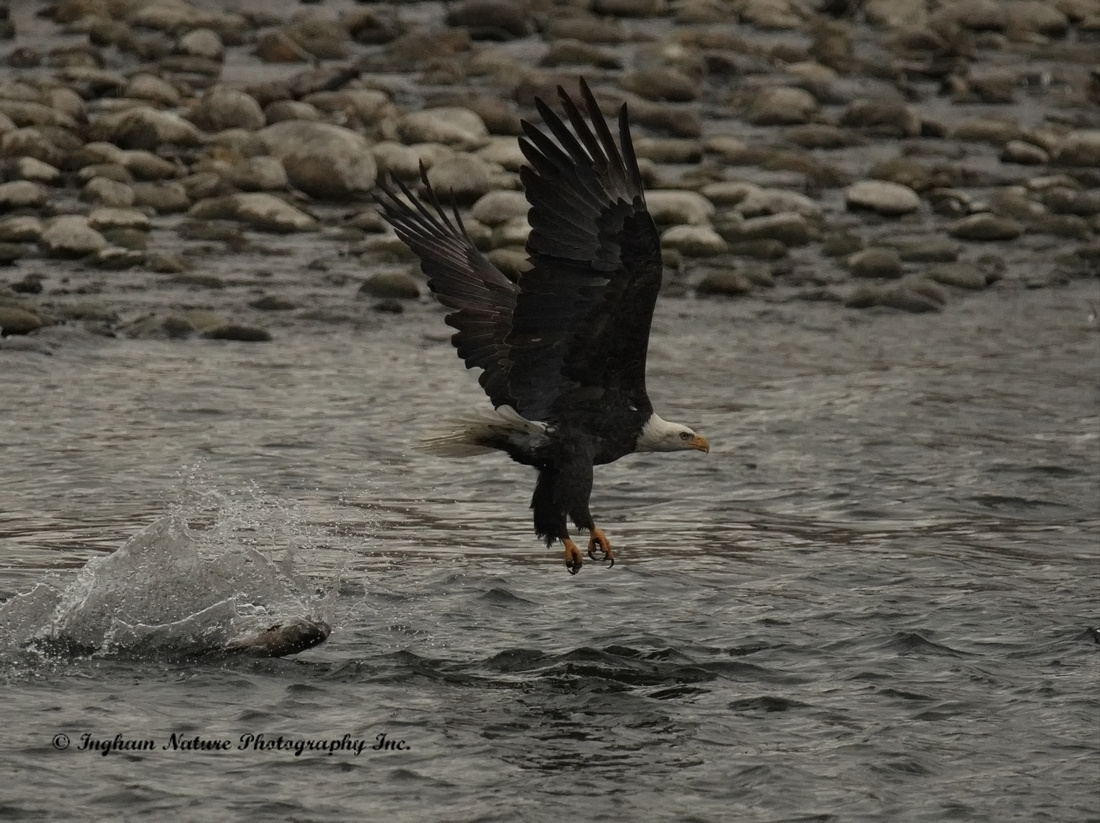 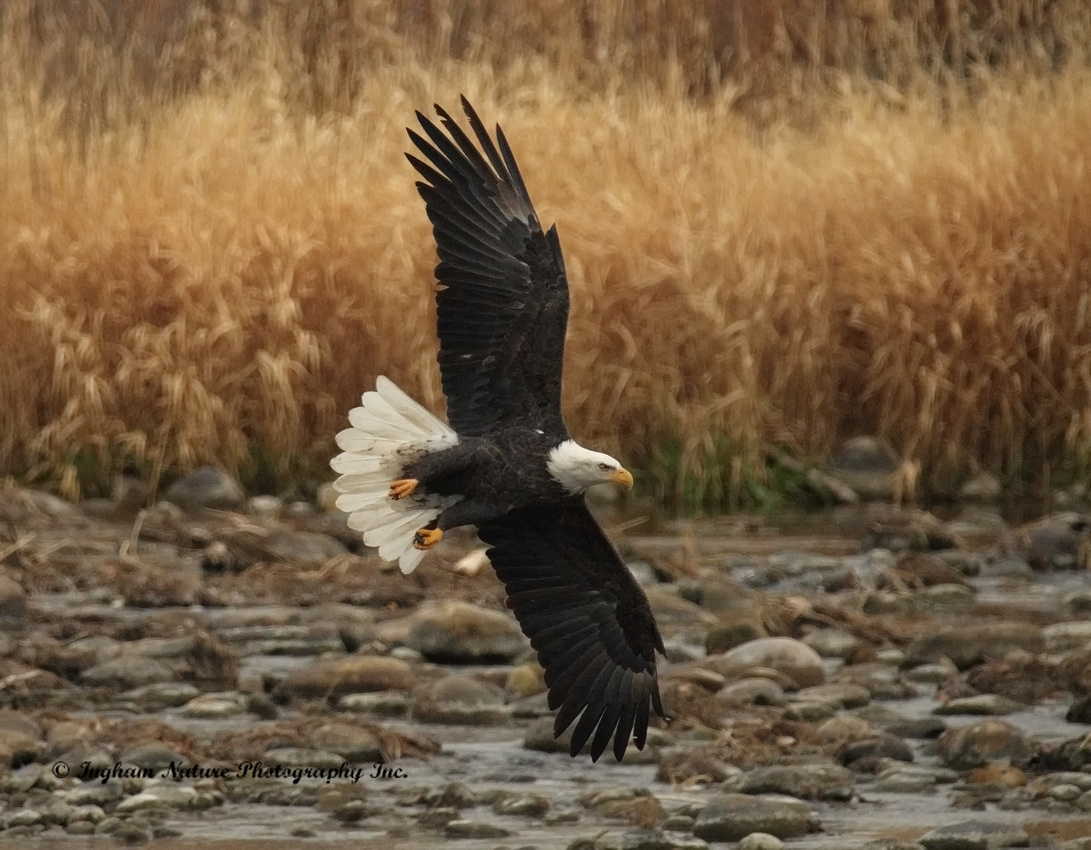 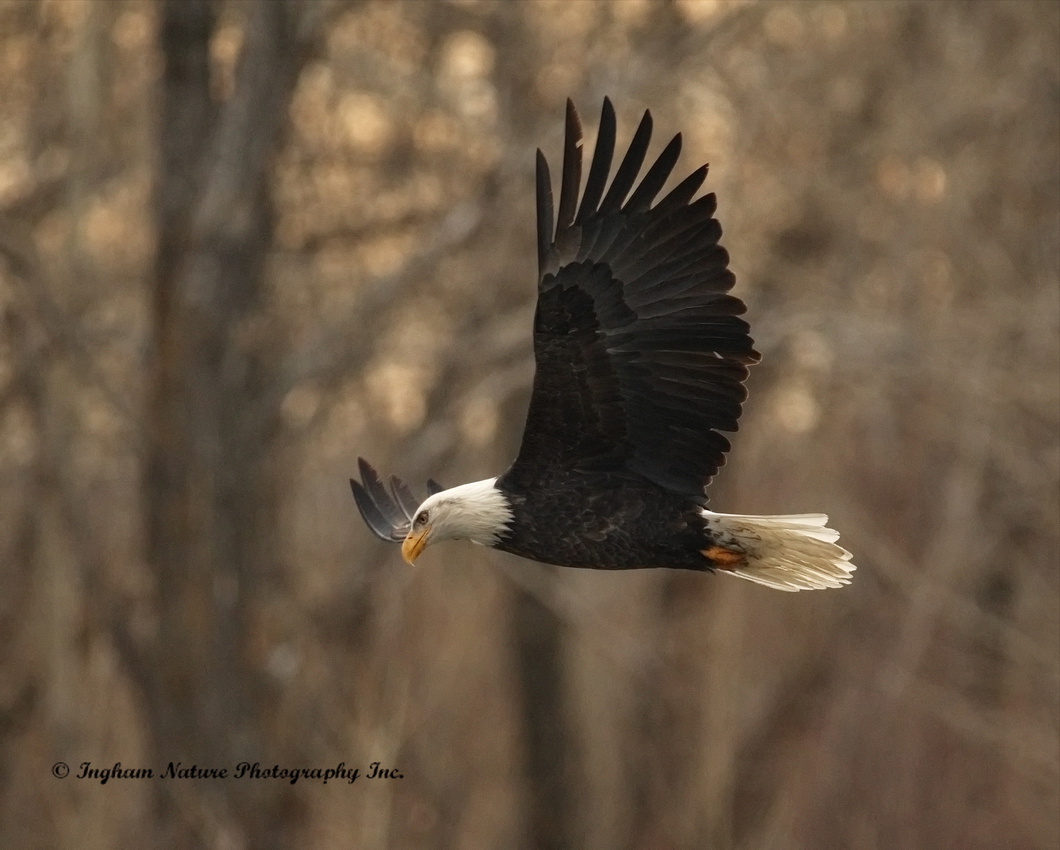 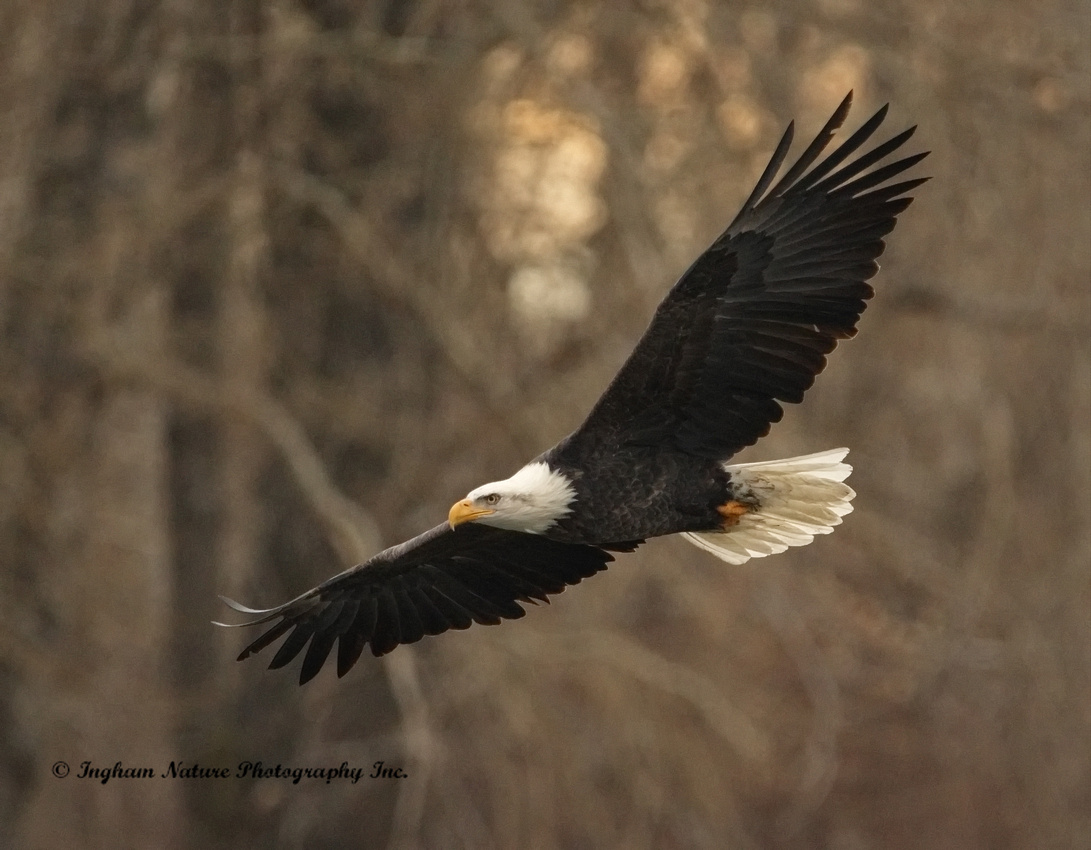 John Harper(non-registered)
Great catch! Loved the eagles efforts as well. Another great window into nature.
Garnet Verhoog(non-registered)
Wow great pictures as always
Urszula(non-registered)
Fantastic story photos!!!
What beautiful images, what a quality of these action shots, what a catch!
OK, enough with exclamation marks :)
I guess from your series that the eagle doesn't dive completely under the water like an osprey.
Once I saw an osprey trying to lift off a large fish, but he/she couldn't get out of the water.
The osprey looked like he/she was swimming, and eventually got out of the water without fish.
I'm at my sister's bored and praying for a nice weather. But I've seen the forecast...
No comments posted.
Loading...
Subscribe
RSS
Recent Posts
"WEASEL TREE GYM" - Weasel (Long Tailed) "THE EAGLE & THE LION" - American Bald Eagle_Porcupine "BE CAREFUL WHAT YOU WISH FOR" - American Bald Eagle "THE ONE THAT GOT AWAY" - American Bald Eagle (Adult) "WE ARE ALL SENTIENT" - Porcupine (North American) "ROCKPORT" - Mink (North American) "HOW NOW BROWN OWL?" - Great Horned Owl "PERCEPTION IS NOT ALWAYS REALITY" - Coyote "THERE'S STILL SOME GROWING TO DO" - Weasel (Long Tailed) "MINK ON THE ROCKS" - Mink (North American)
Keywords
Archive
January February March April May June July August September October November December
© Ingham Nature Photography Inc.
Powered by ZENFOLIO User Agreement
Cancel
Continue