Caught the pikas with their little rabbit like faces on a warm sunny evening. They seemed to be extremely relaxed (for pikas, that is) and if one was indulging in a little daydreaming, almost teasing in their antics.

At one time, two in particular, who were at opposite sides of the scree, took turns at whistling. When I switched my attention to "the whistler", it would pop down and the other would pop up and whistle. And so it went on for a few goes until I caught on. :) It is probably normal practice for pikas or perhaps they just like having some fun with a slightly slow two-legged. Those adorable furry faces can be deceiving.

Upon downloading the photos from the camera, I noticed one larger pika appears to have an injury to its left eye. I believe the eye is still intact but the pika has a definite squint and there seems to be some irregularity around the eye (Photo #8 through Photo #10) Although they are quite territorial and will steal from each other's hay stashes, the pikas do live in colonies and look out for one another with their alarm system, ergo the paragraph above.

So here are some pika antics, funny faces and all. 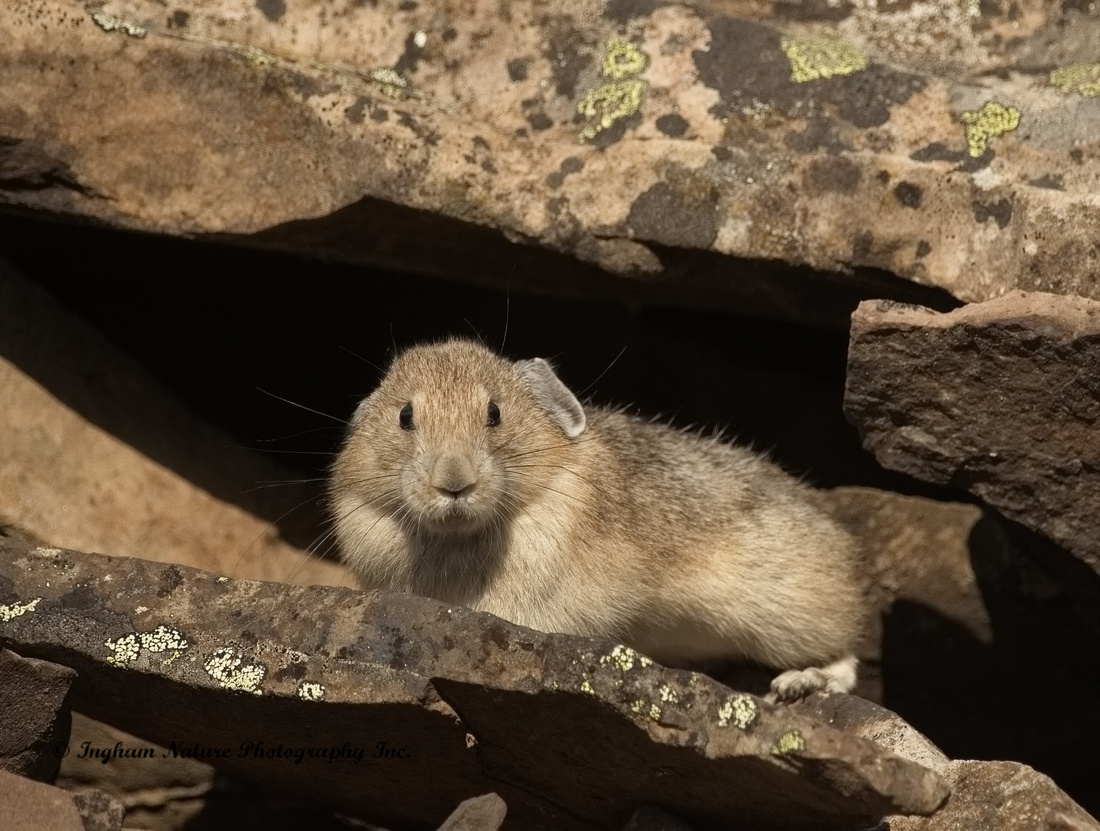 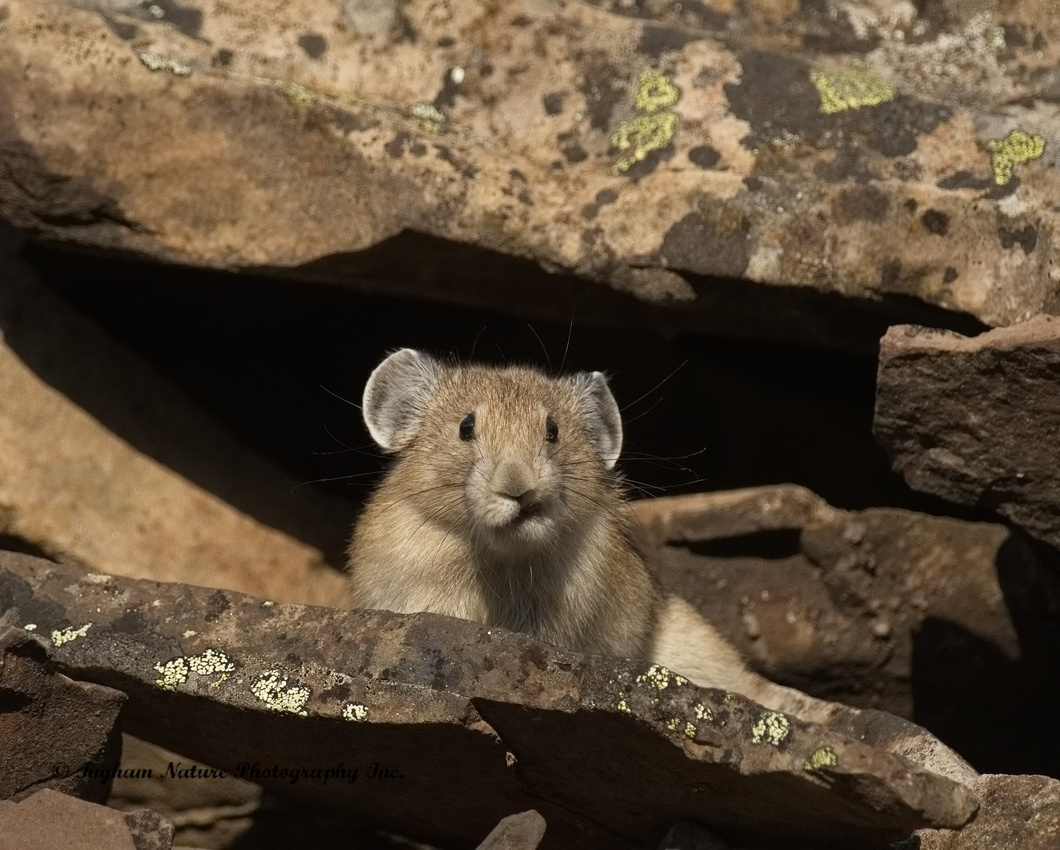 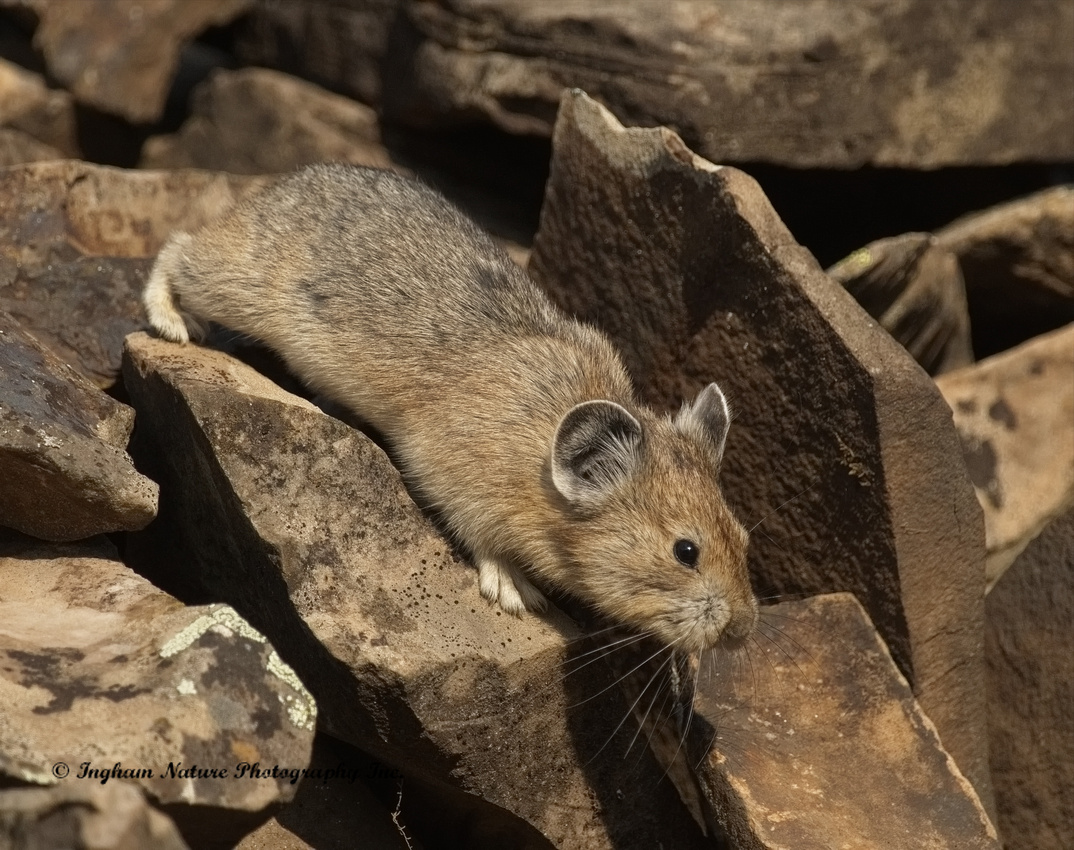 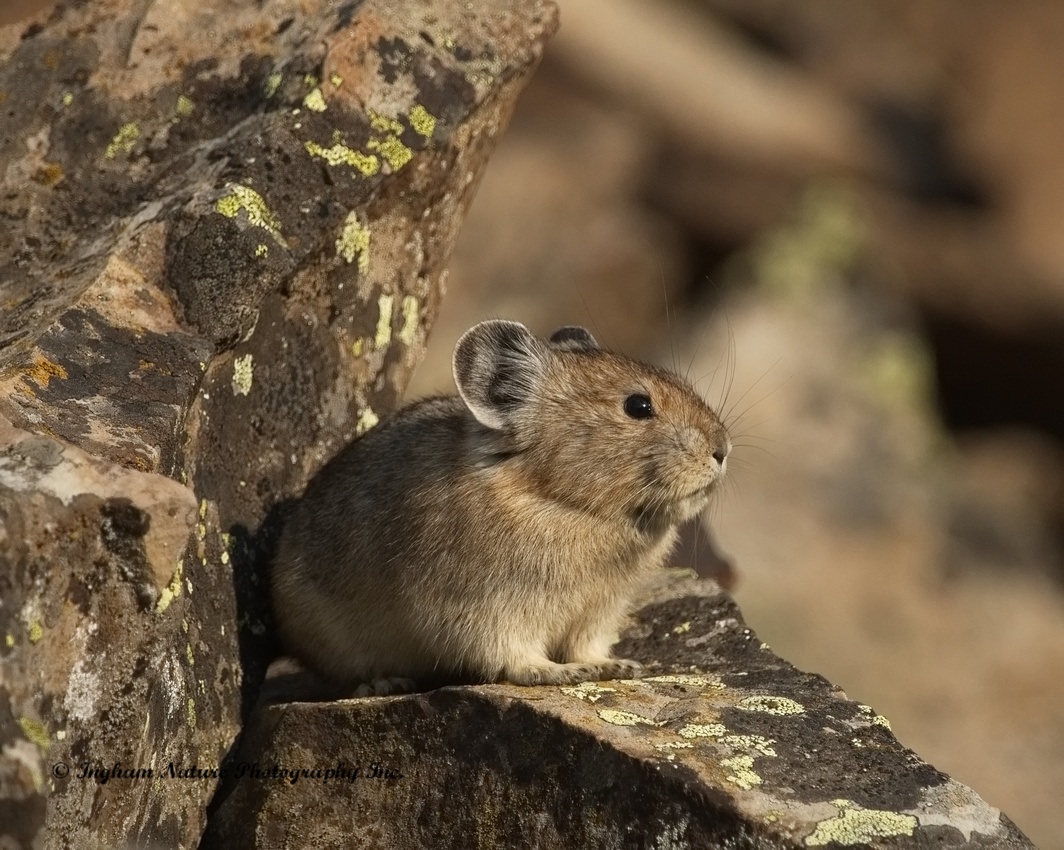 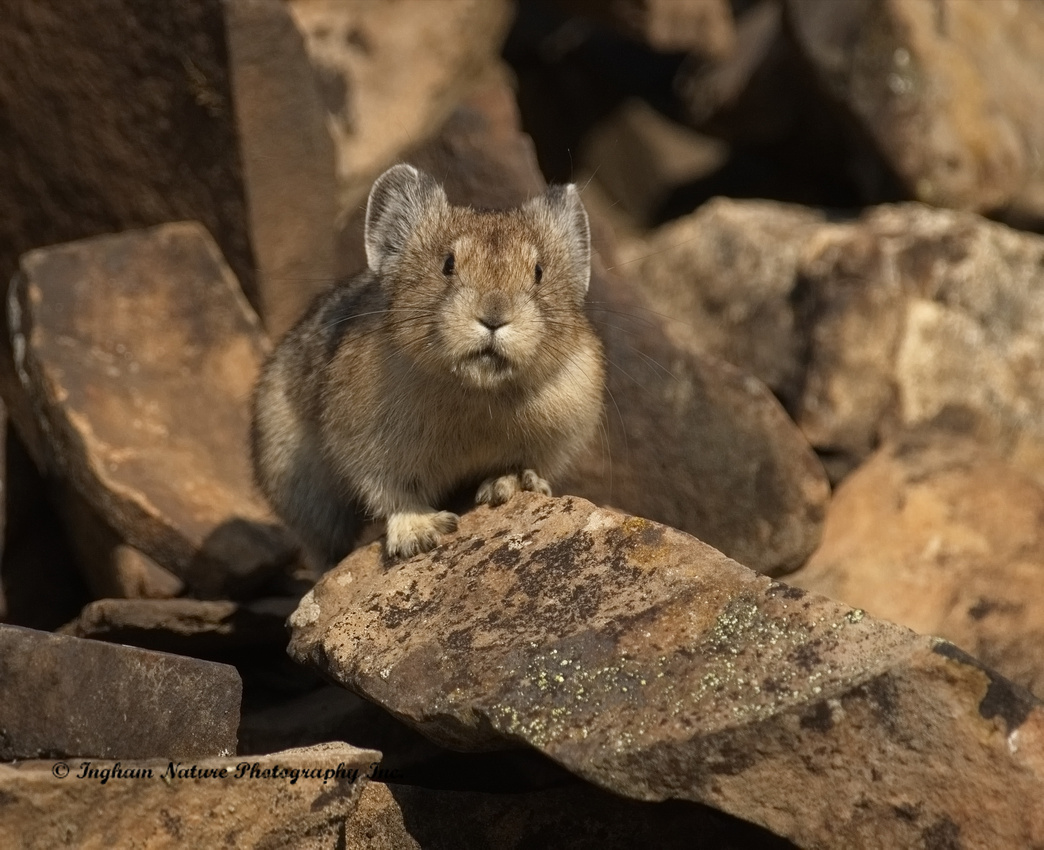 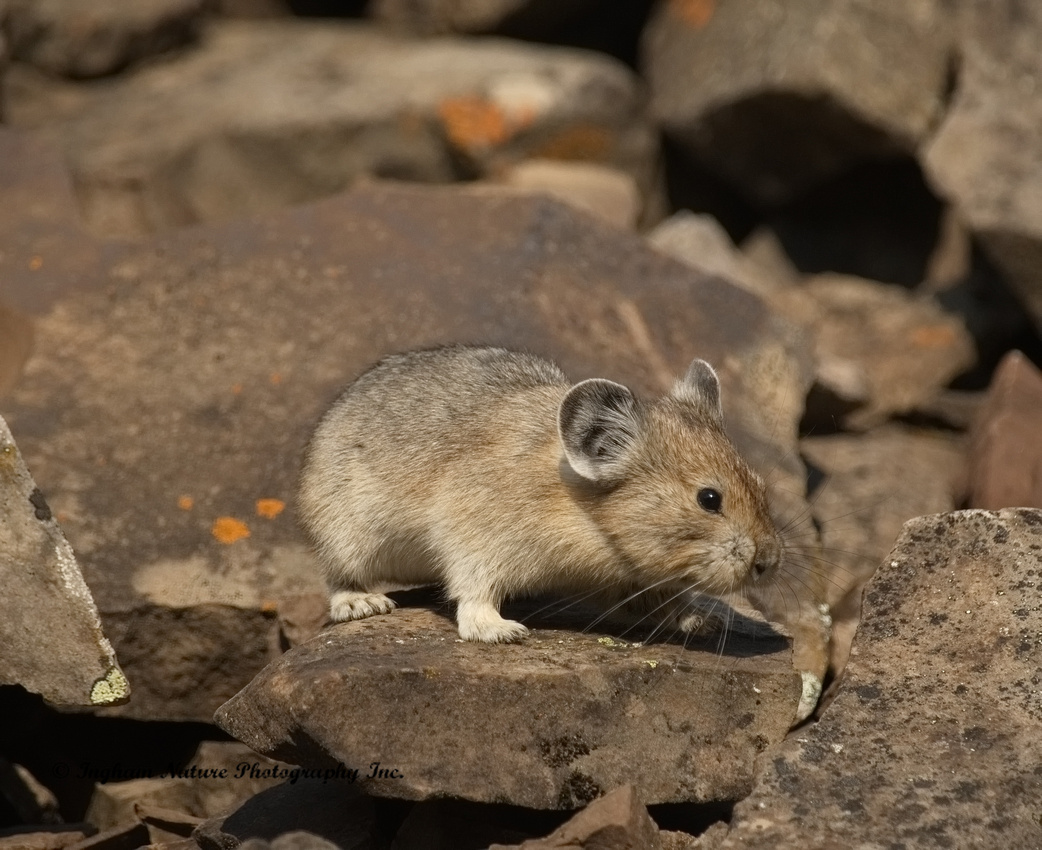 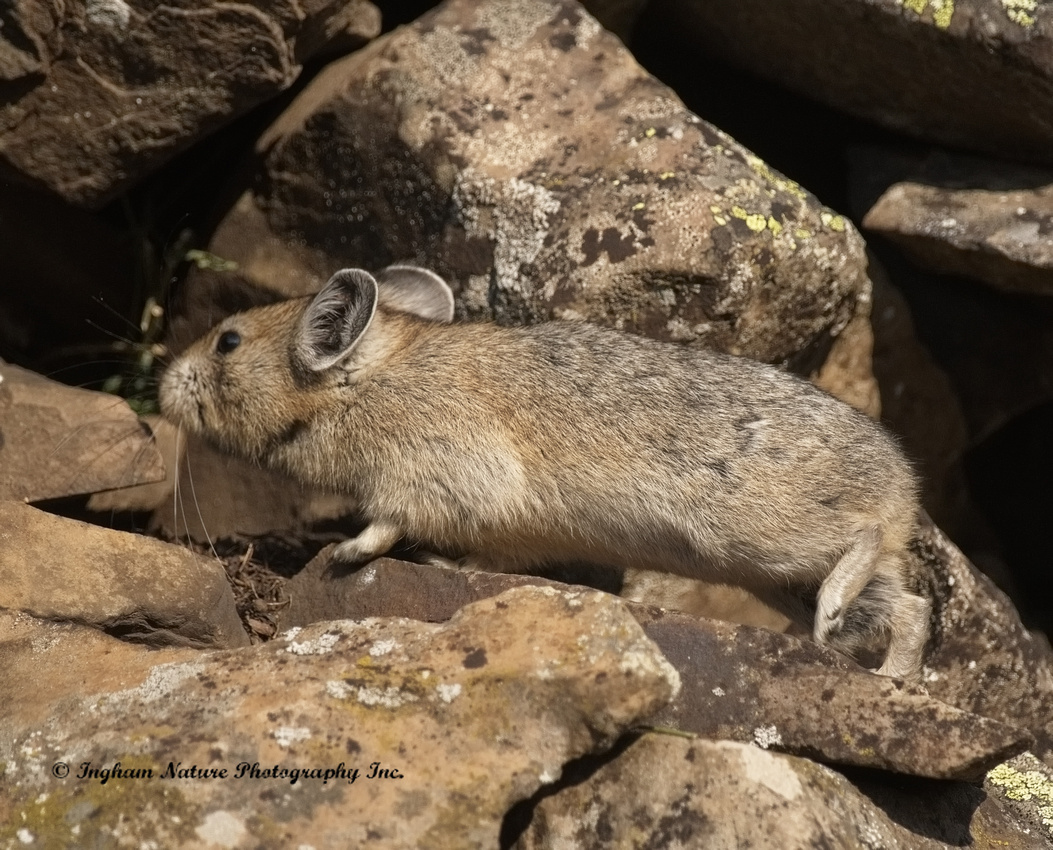 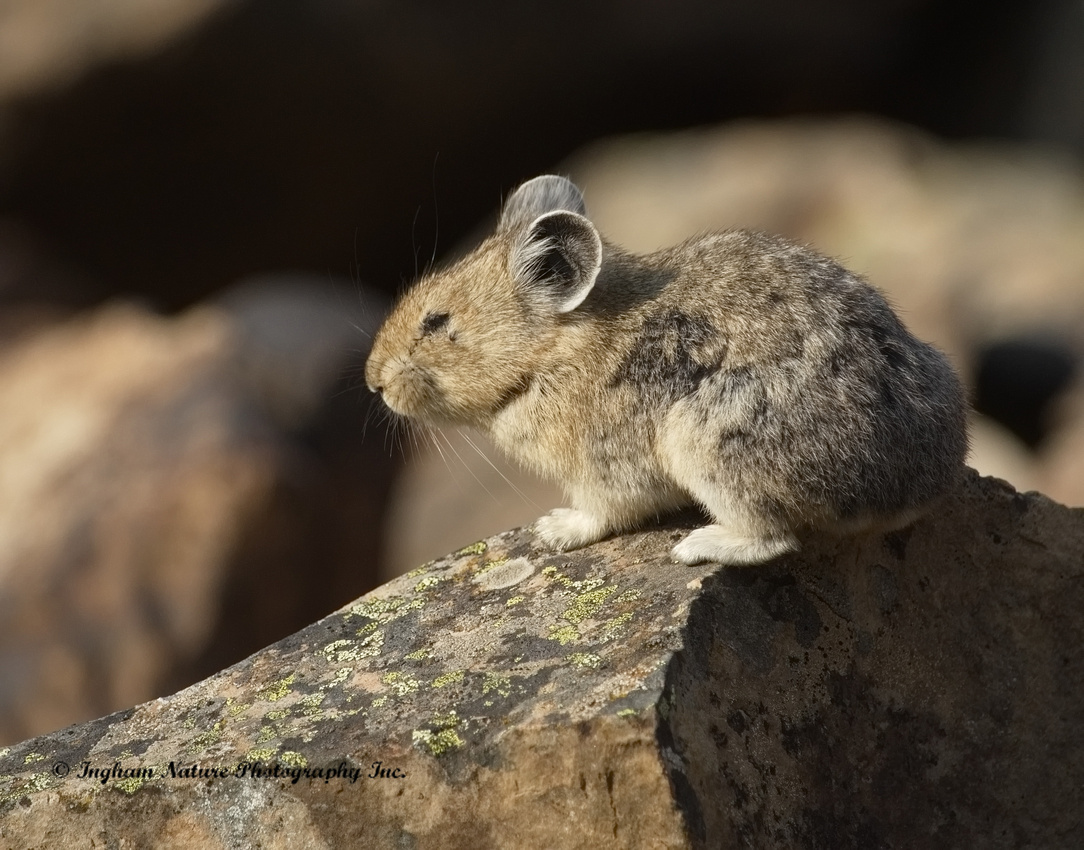 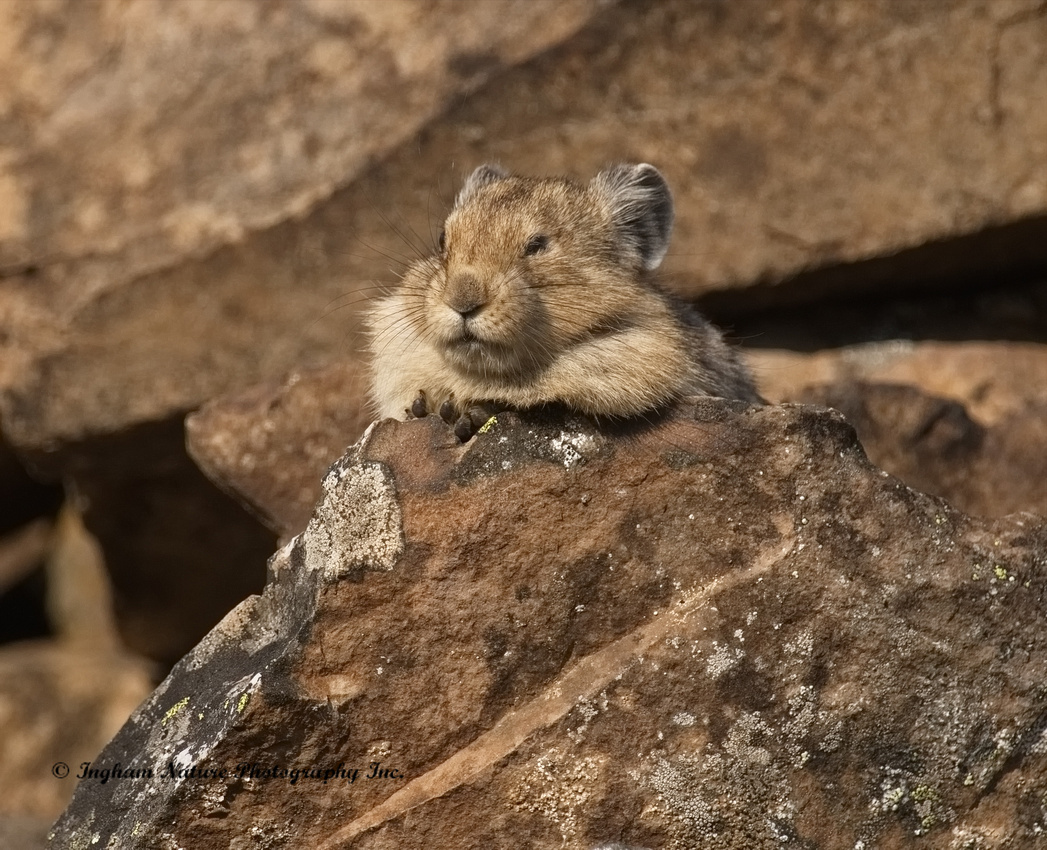 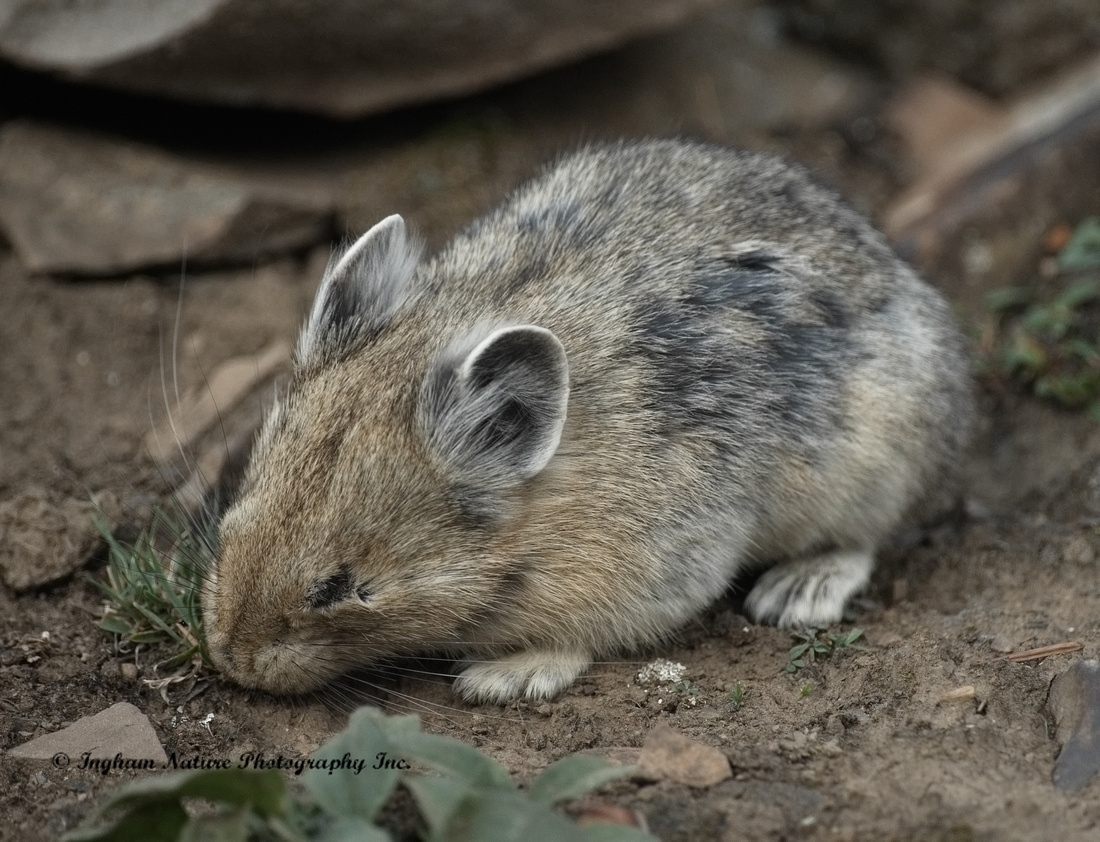 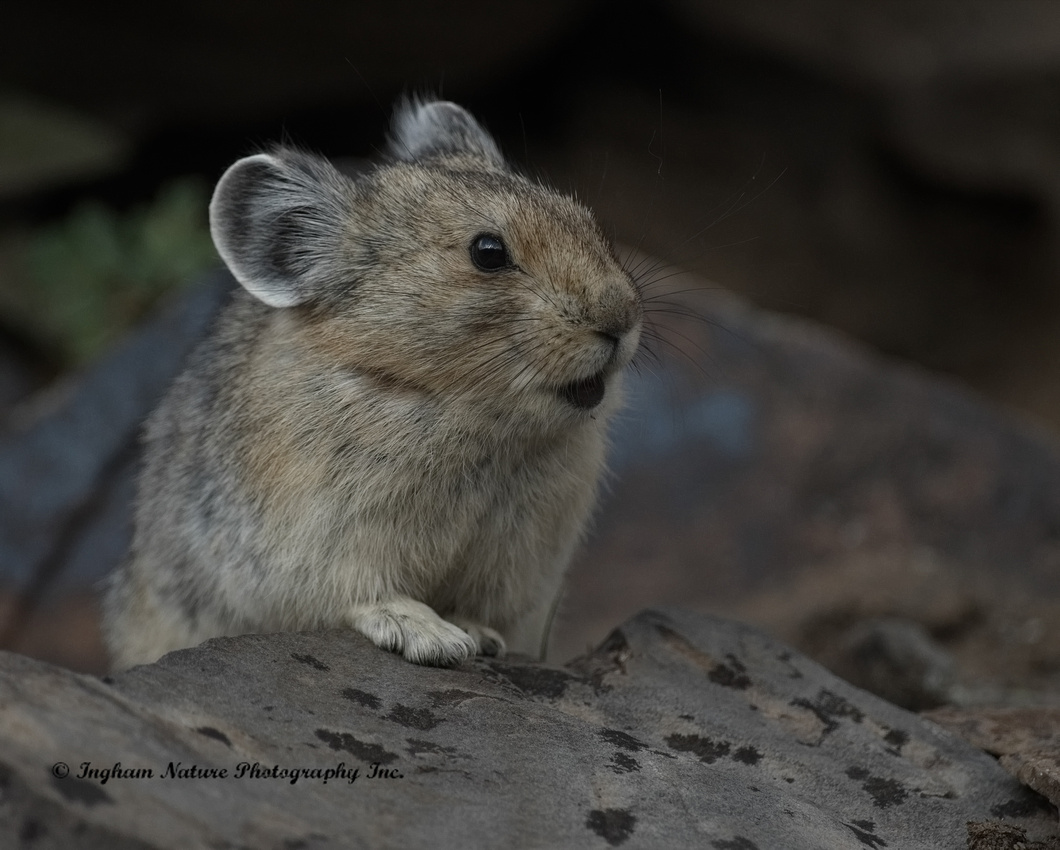