The ibis can be seen as symbolic of balance, adaptability, purity, mystery and unity. Because it raises its young in colonies, the ibis is also associated with socialization & cooperation.

The White Faced Ibis, particularly in flight can appear pure black but if you have the right lighting and angle, the mystery of this bird is revealed in its iridescent colours, almost metallic in nature.

It appears this species of ibis is venturing further north and is now seen regularly during the warmer months in marshes and ponds in the Calgary, Alberta, area. In the past, I have been fortunate to see the ibis on several occasions 75 kilometres southeast of Calgary but this is the first year I have had the opportunity to photograph one in flight in my own "backyard". Thanks for making the trip northwest! 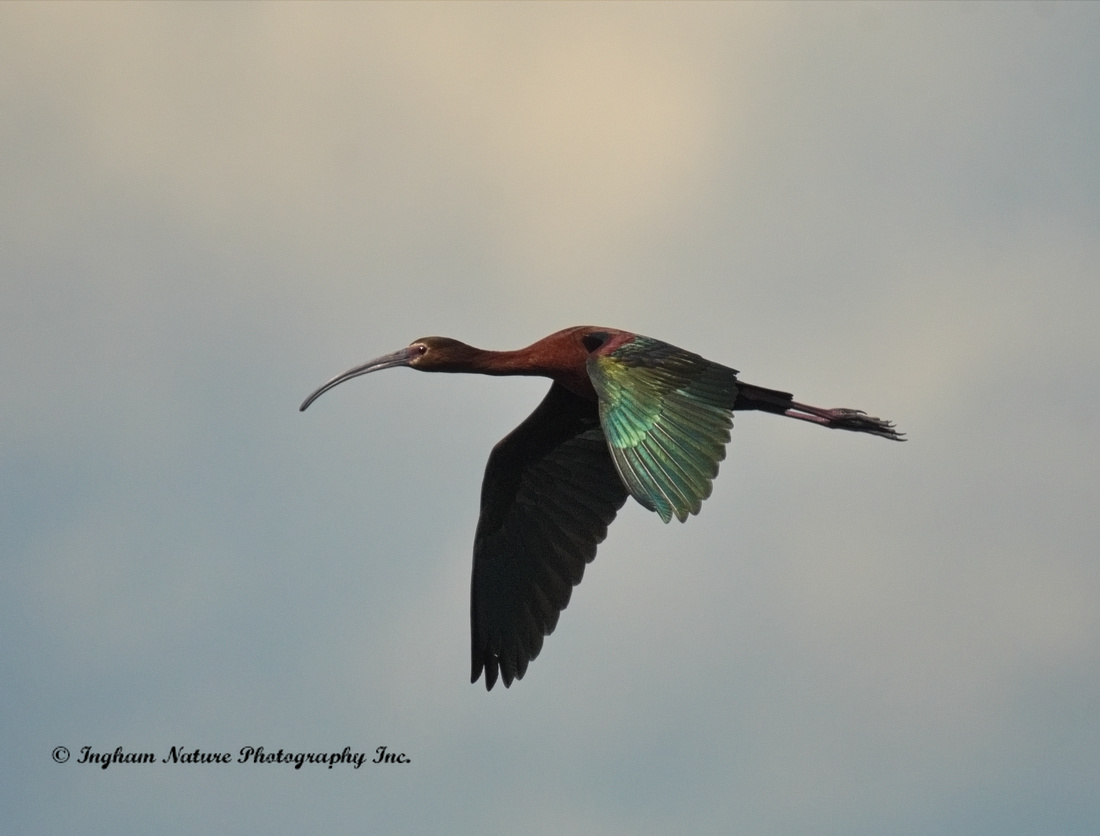 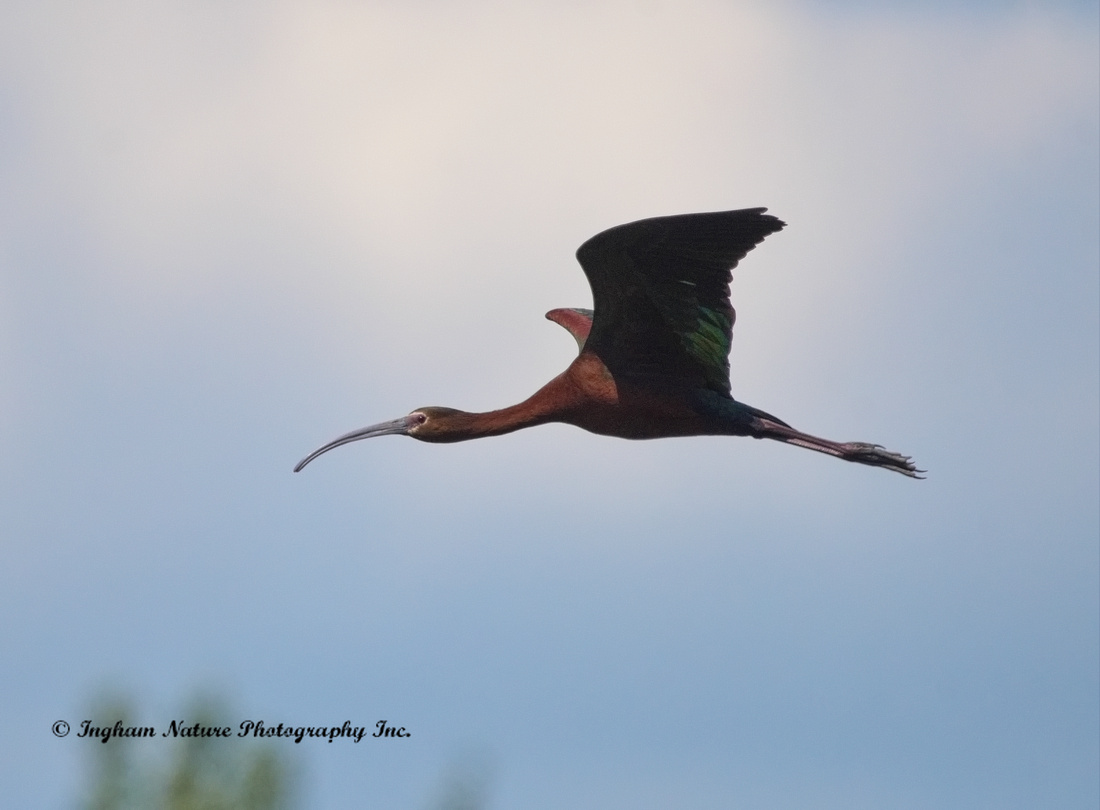 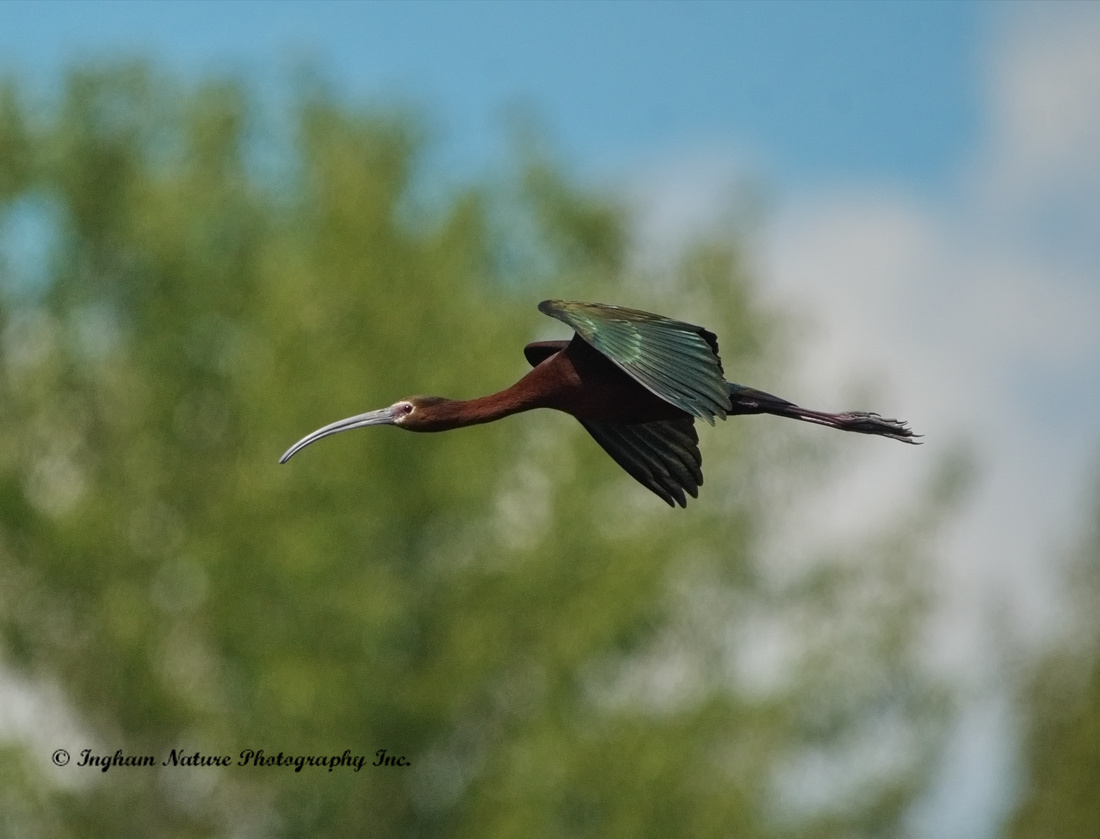 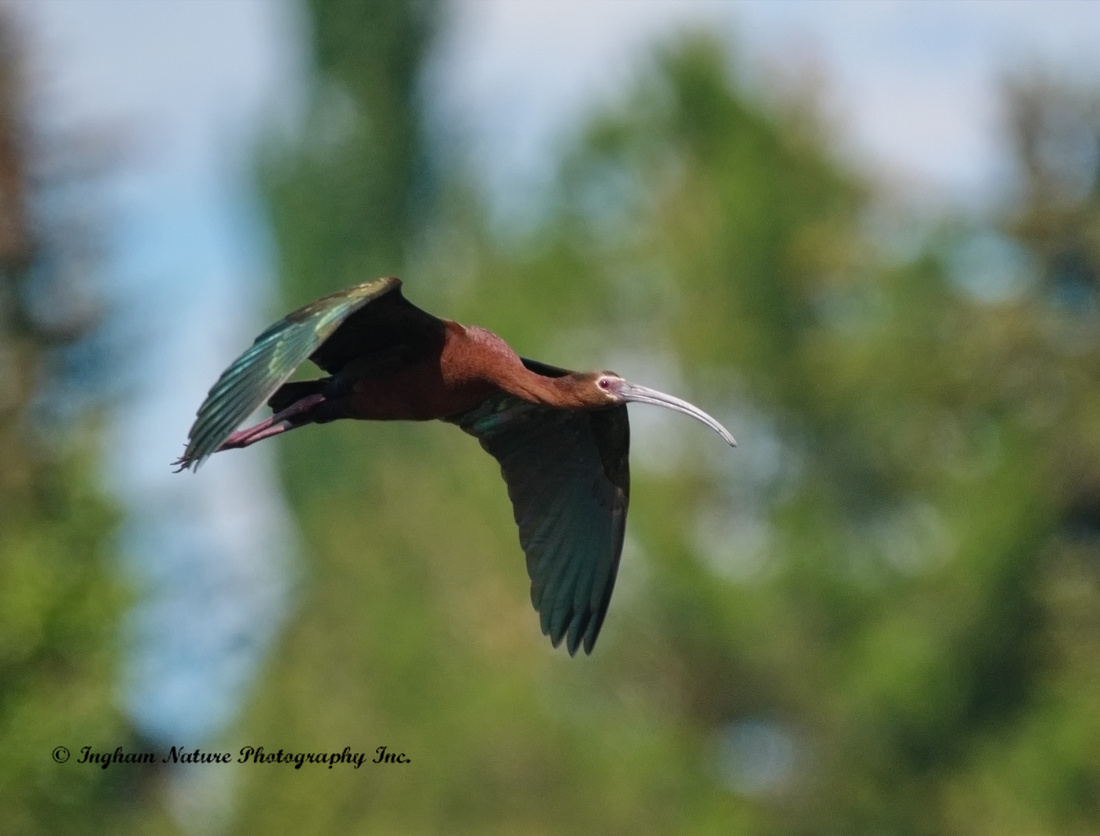