Whatever it is, this is a young bull moose, enjoying the lush meadows of the woods & the occasional drink of water from a cold river (Photos #7 through 9)

Like the porcupines, I love trees. Just as they do for the porcupines, they provide protection and shade from the sun. Unlike the porcupines, however, the type of protection does differ. When first encountering this moose, my first thought was that until I could determine its state of mind and demeanor, I would put at least one, if not two, trees between us. With a long lens, one definitely does not need to get close, but moose can cover distances quickly. Within less than a minute, he went back to grazing & wandering through the trees, munching on new green leaves from the trees. His ears were relaxed and he went back to normal moose business.

Sauntering through the tall grasses & wildflowers, he eventually made his way down to the river bank where he took a 15 minute break to take in some probably much needed refreshment. He then moved back up the bank where he disappeared into a small grove of trees. I could see the branches moving as he pulled off some leaves but that was the only sign a moose was there. How does a mammal over 6 feet tall and over 1,200 pounds disappear? So I left making my way loudly back up the trail.

Now let's discuss some of those moose attributes. One outdoorsman, I met last year, described the moose as a "peanut head". Perhaps not the most complimentary but it certainly fits. Then there is the tail, if you can call it that. I sometimes think the moose came late to the party when Nature was handing out body attributes and ended up with what was left over. The tail is merely a flap, not even useful for swishing flies. Perhaps that's why it ended up compensated with the "bell" or dewlap, the appendage that hangs down from the moose's throat. :)

The moose may appear ungainly but there is a certain majesty and grace to this large mammal. And with all those unique attributes, who can't recognize a moose. 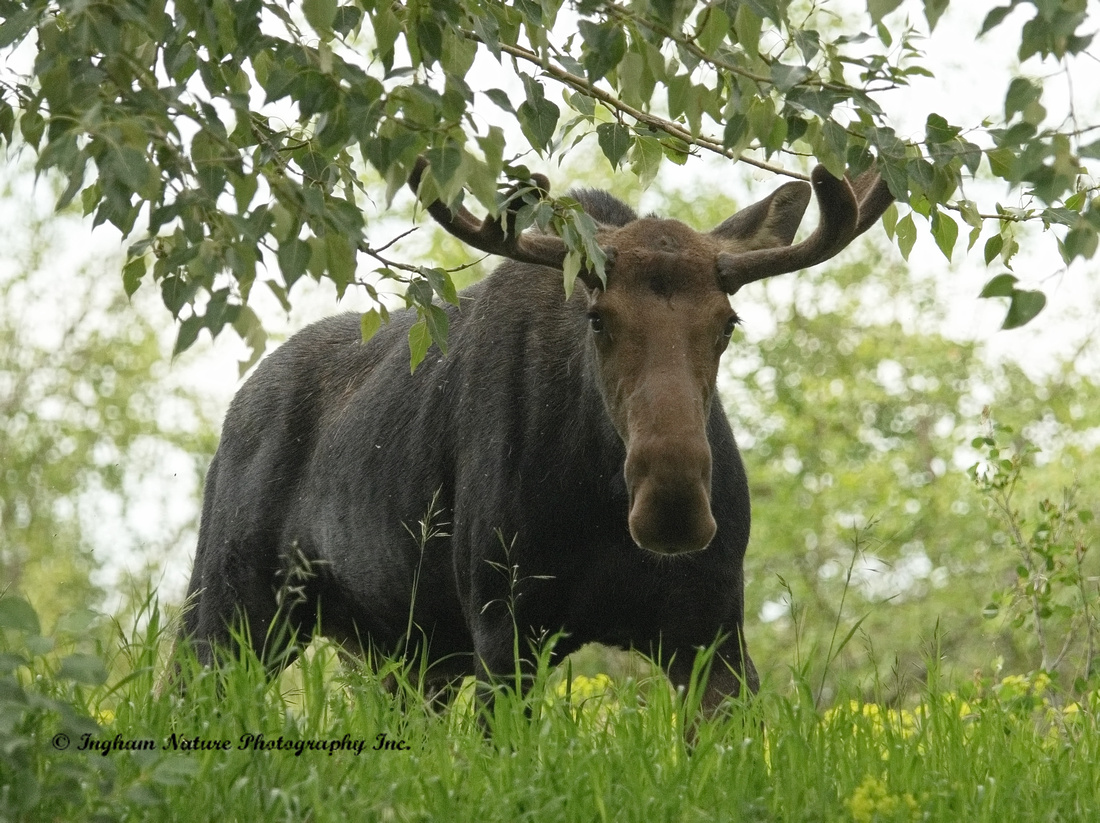 Moose - Male"MOOSE IN THE WOODS" Moose - Male"GRAZIING IN THE GRASS" Moose - Male"MOOSING IN THE GRASS" 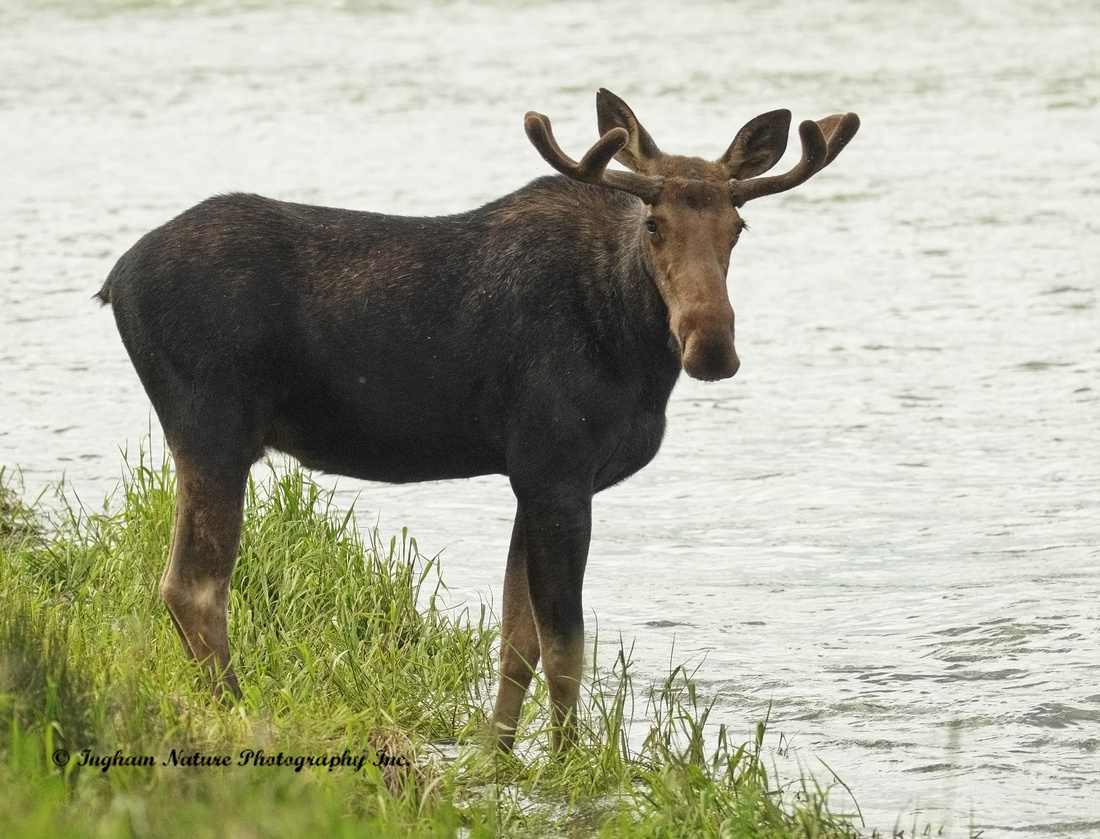 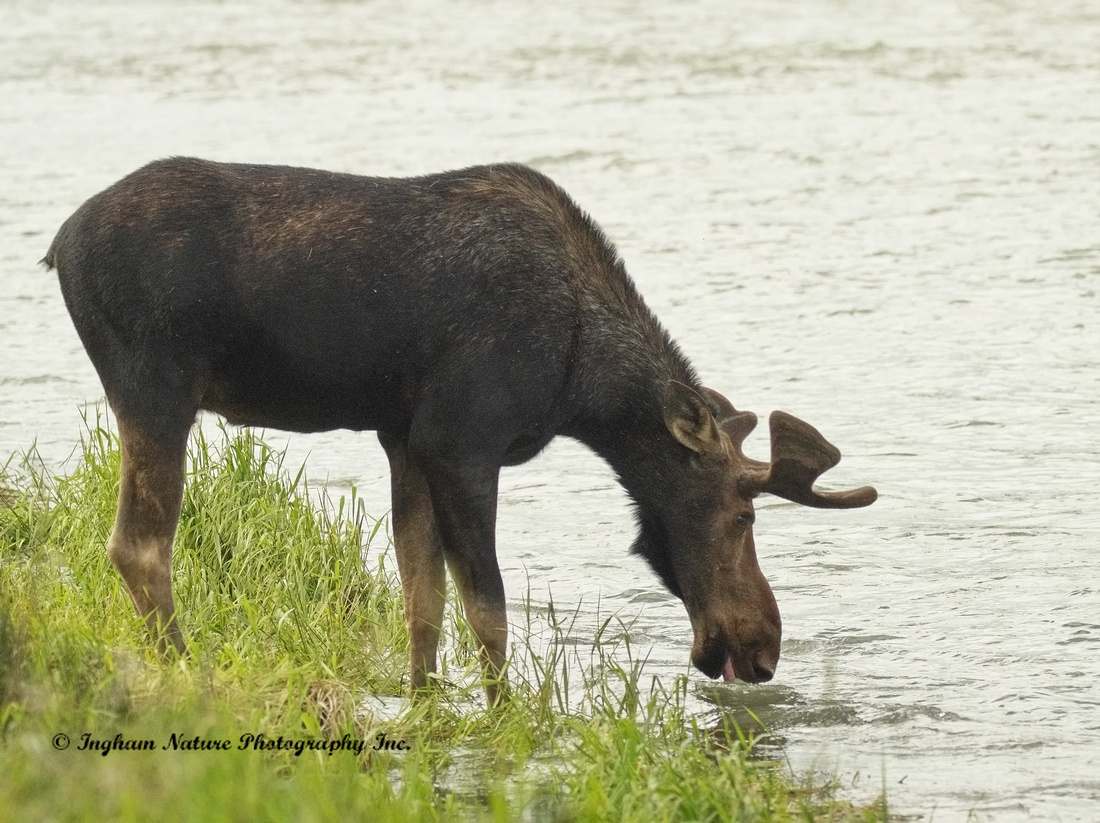 Moose - Male"TAKING IN SOME REFRESHMENT"