"AFTER A HARD DAY'S NIGHT"

WARNING - These photos may induce sleepiness & a yearning to yawn!

The following photos were taken a couple of days after the May 25th, 2022 pairing of the young male porcupine & the older female porcupine. (See Blog of May 29th, 2022.) They are all of the female.

From the time I arrived (shortly after 10:00 a.m.) until I left at approximately 8:00 p.m., sleep & yawning were this porcupine's primary activities, with the occasional interlude of a shuffle up and down the branch. I generally shoot sitting down on the ground among the grasses, shrubbery & fallen trees so as not to disturb or bring attention to the wildlife I am photographing. And there is the temptation to fall off to sleep myself in such a relaxed atmosphere. :)

I can only assume this was a recovery period for this porcupine from the excitement of earlier that week, with the porcupine pair frolicking (there is no other word for it) through the woods. I thought that very old Beatle's tune, "A Hard Day's Night" was very appropriate for its state of affairs.

You will see from Photo #8 and Photo #10  from the close up of the stomach, that this is indeed the female. She did give birth last year and successfully raised the little one, who now resides in a nearby area. However, this year she did not appear to have a baby.

And how do you keep track of "who's who" in the porcupine world? Well, they have a specific but large area where they reside, solitary for most of the year. And according to general knowledge, it is the male porcupine who comes a calling on the female for mating, if he can locate her. Porcupines can be very territorial, particularly the males. Females appear to tolerate their male offspring nearby but female offspring generally are pushed out.

The photos are of a horizontal & vertical nature. Because of the location on the porcupine & the "V" in the tree branches, we took on the roles of fashion photographer & super model (or wildlife photographer & charming porcupine). And close-ups of yawns, provide an opportunity to see inside a porcupine's mouth, teeth, tongue and palate! 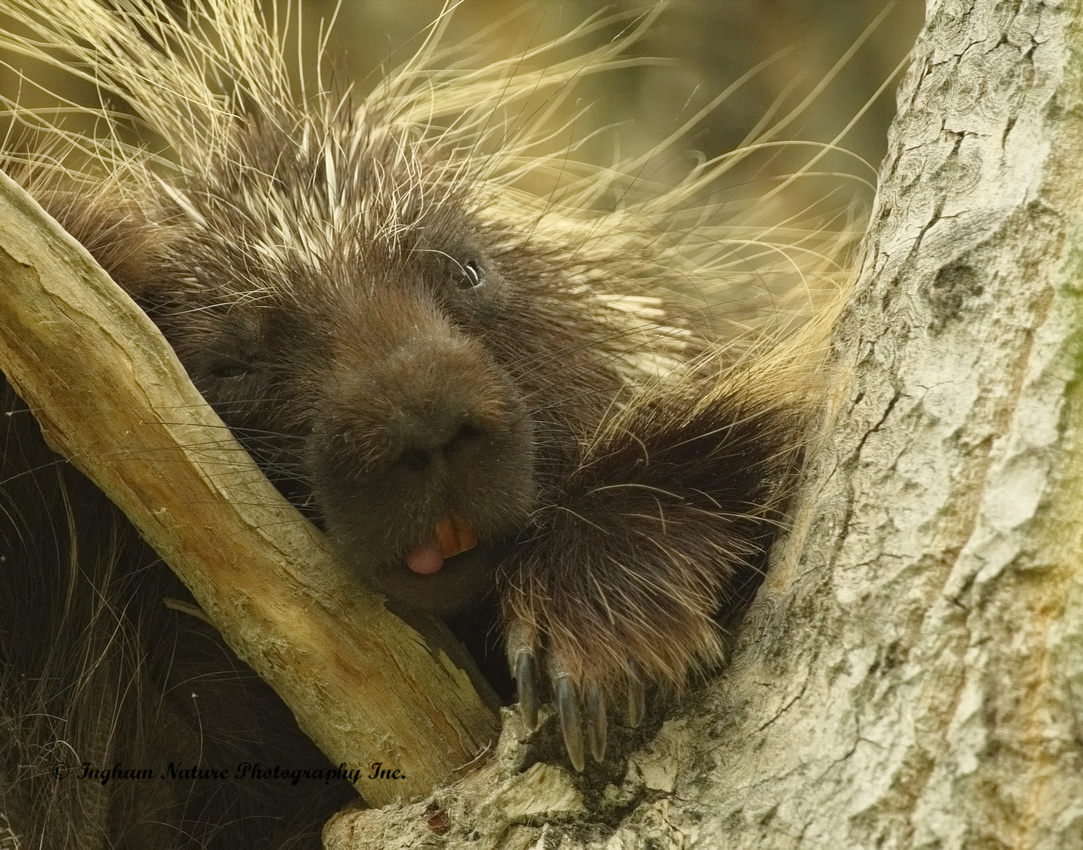 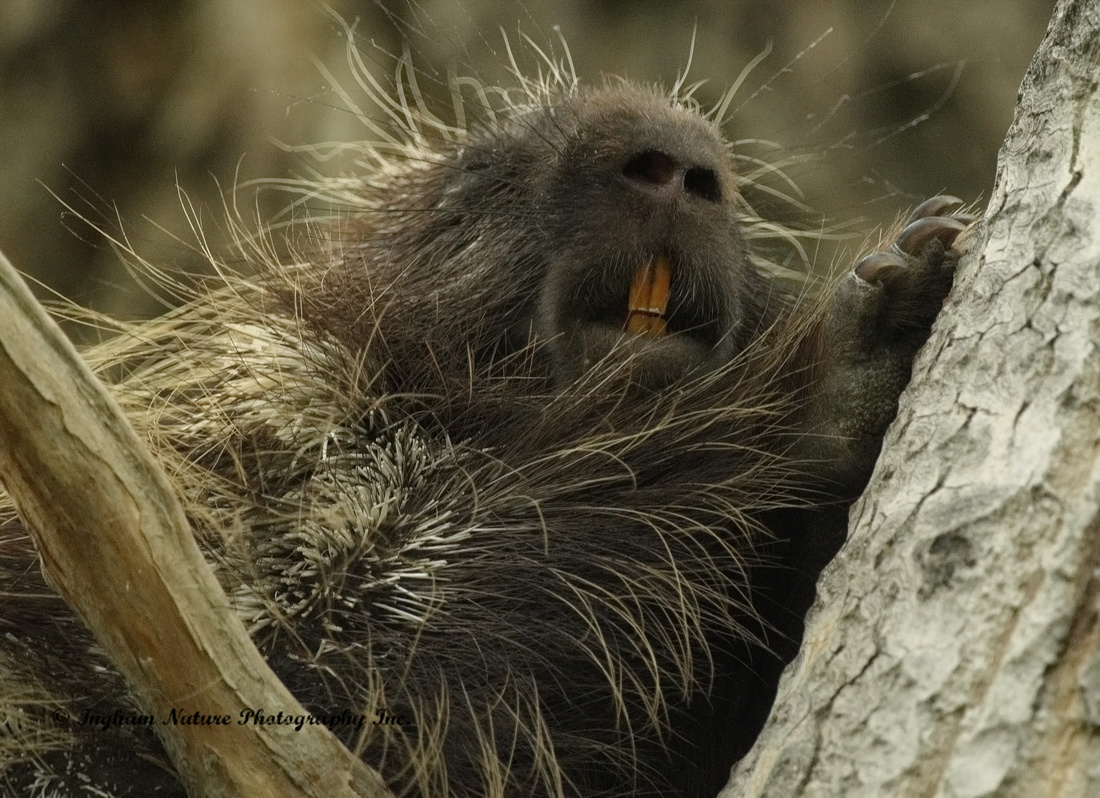 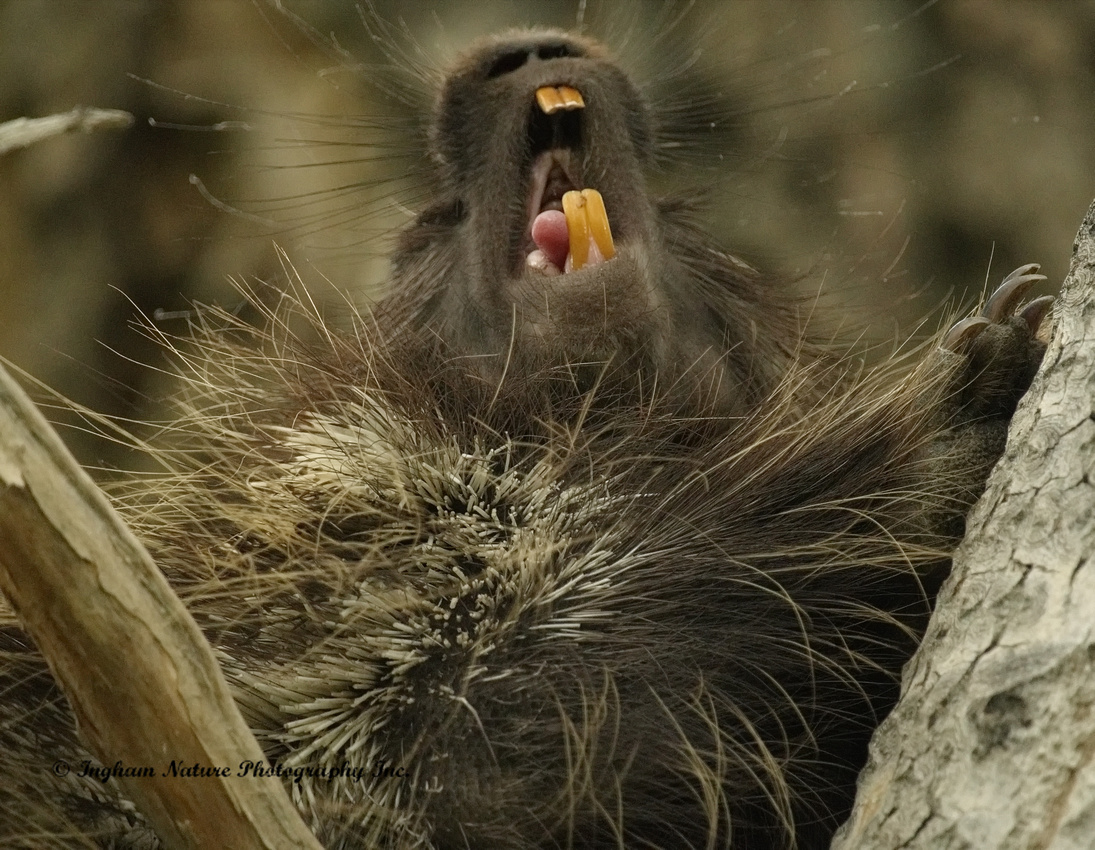 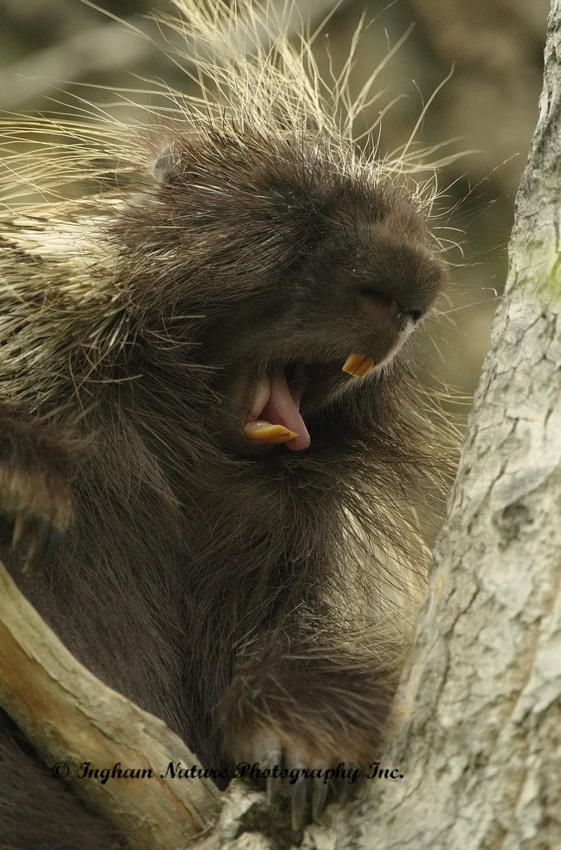 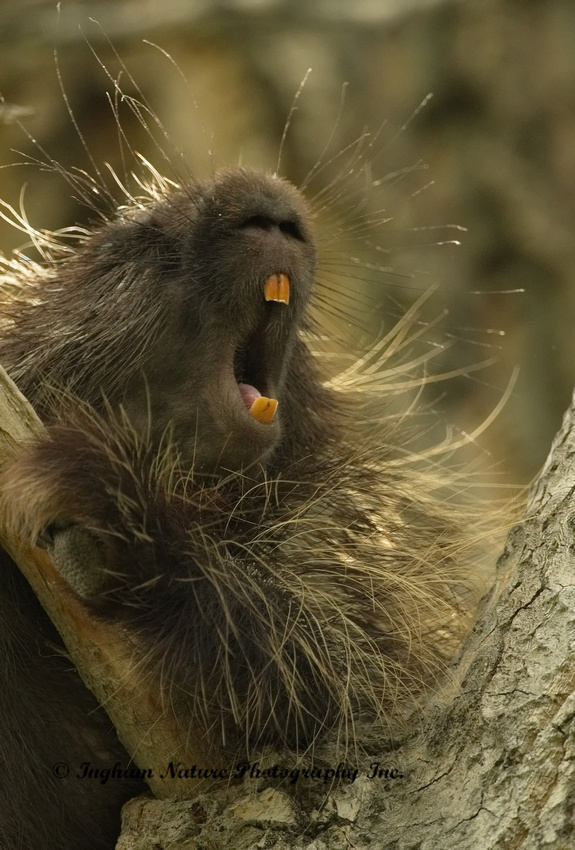 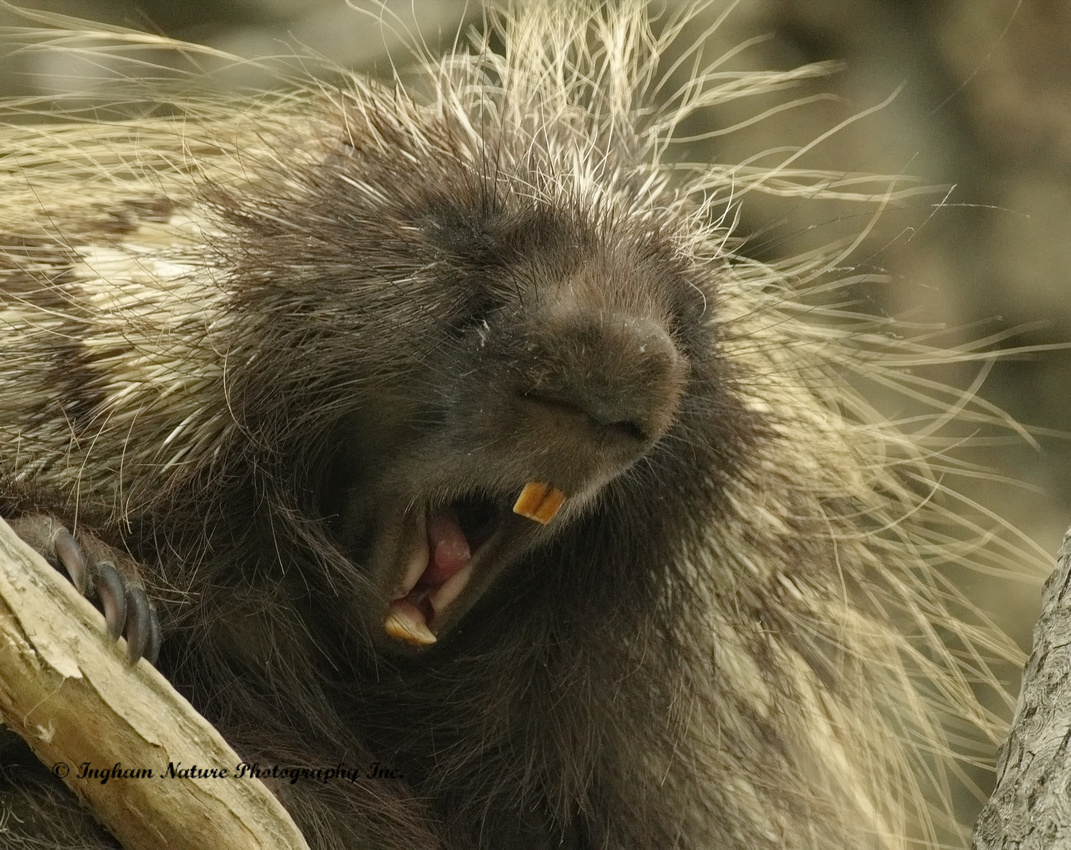 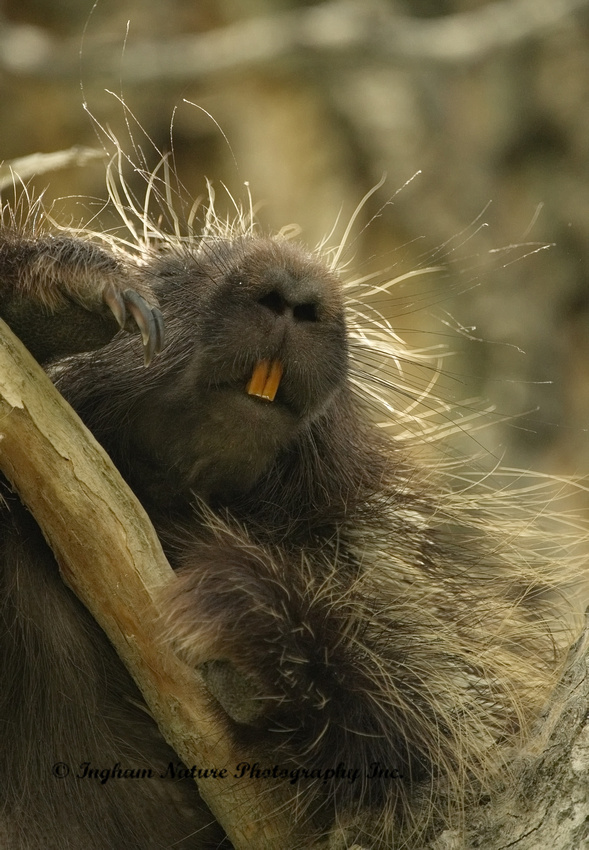 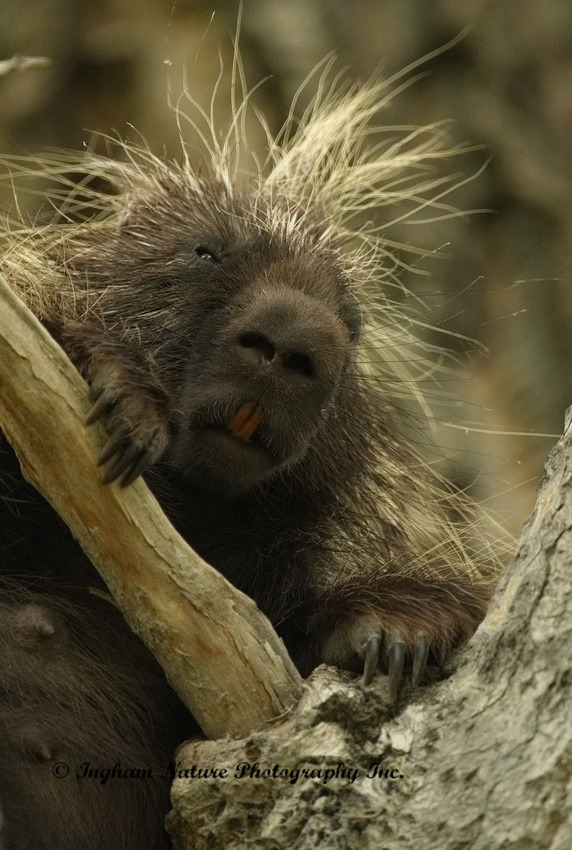 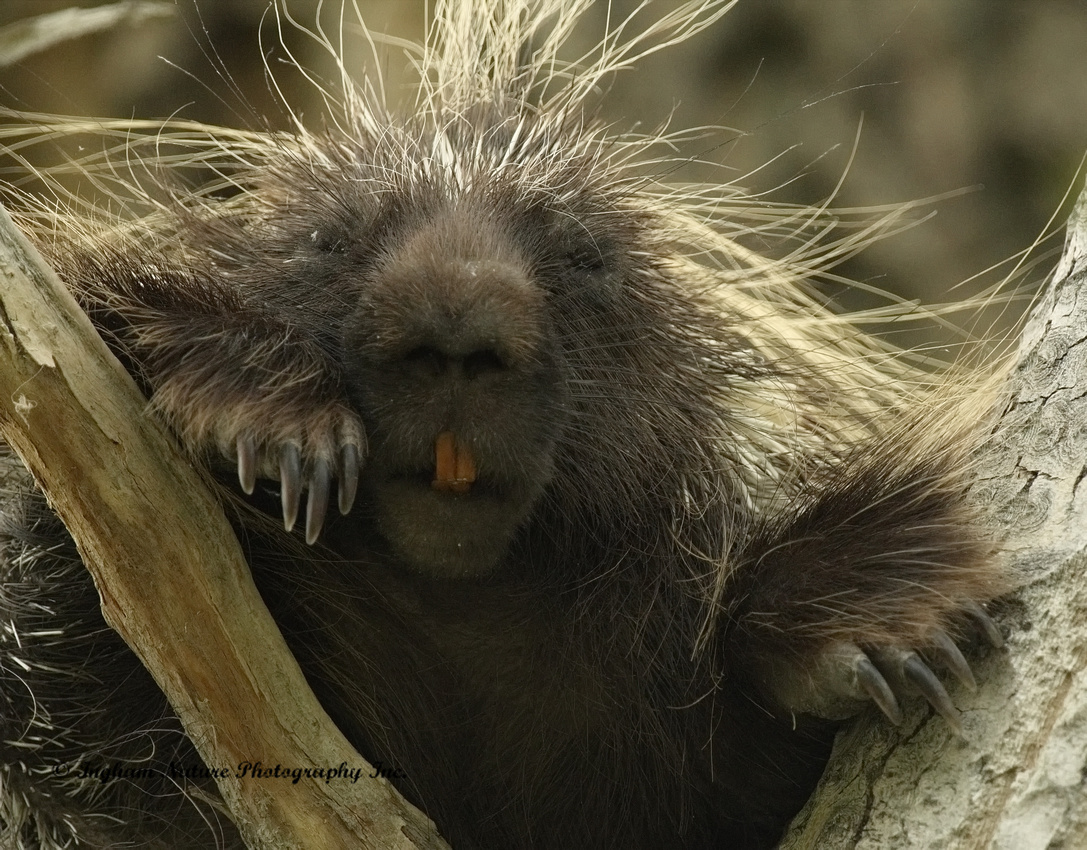 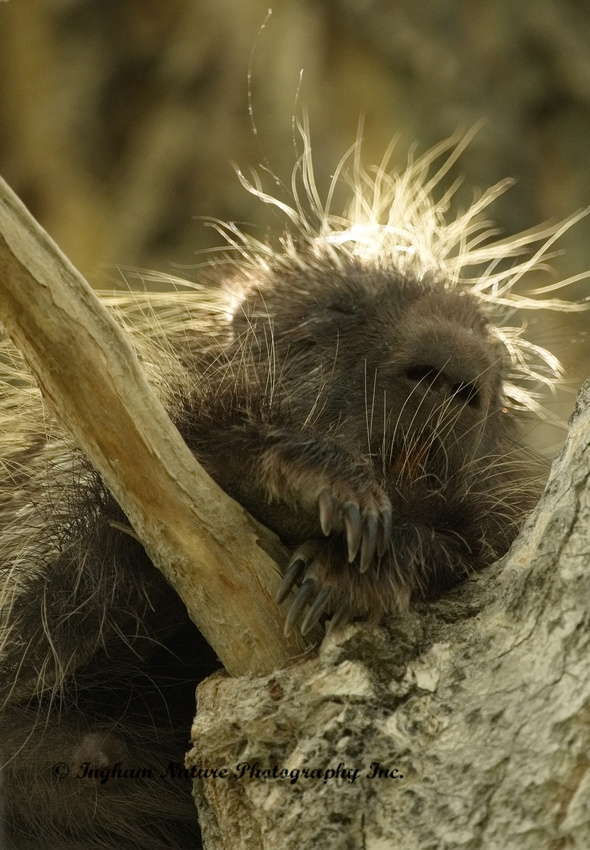 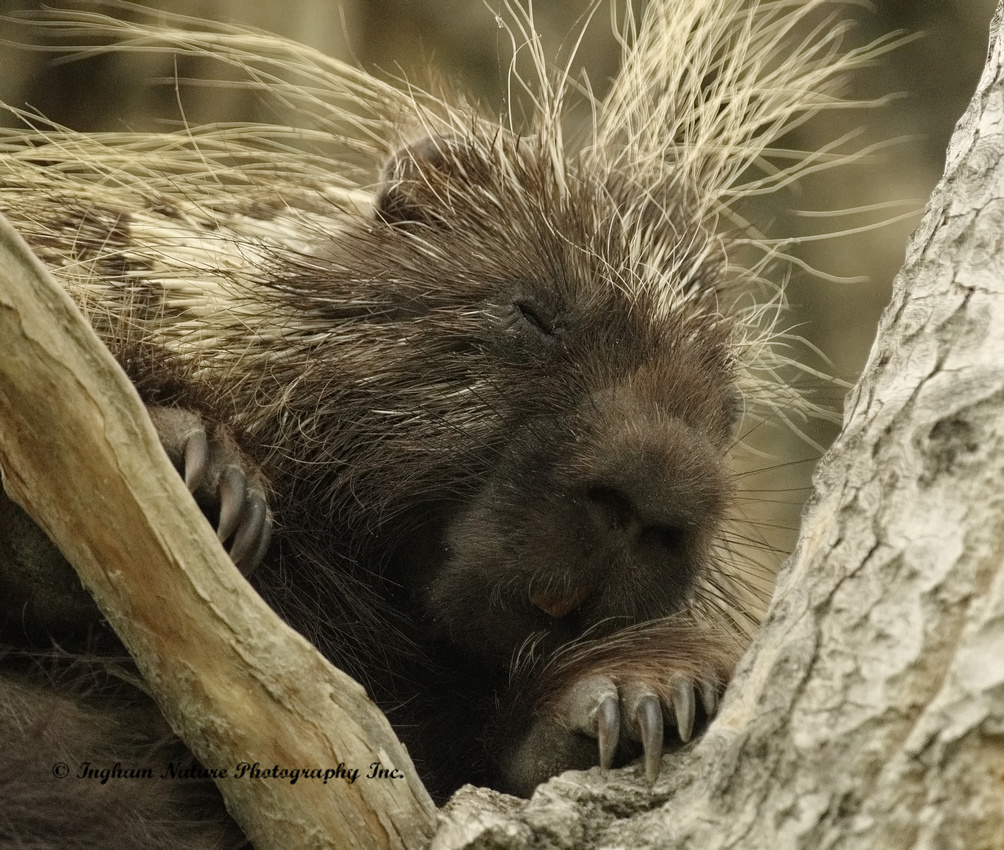