"THE NOT SO HUMBLE MUSKRAT" - Muskrat

"THE NOT SO HUMBLE MUSKRAT"

I do have some sympathy for the little muskrat. He/she is at the top of what seems to be, everyone's menu. That list includes but is not limited to coyotes, foxes, wolverines, raccoons and yes, herons (both Great Blue & Night Heron).

Always thought of this rodent as prey and like its bigger cousin, the beaver, eater of plants, grasses.

That was until the other day. I saw this muskrat exiting the water and sitting on an ice shelf close to the shore. Set the camera settings and off I went. Who doesn't like a good muskrat on ice! Caught some shots while it scratched (Photo #1) and then it dived into the water.

It swam under a sheet of ice and when it emerged, well at first I thought it was a mouthful of vegetation. Not!! (Photo #3 & Photo #4)

The muskrat had caught a sizeable fish. Our little rodent hauled it onto another ice shelf (luckily facing me), took a few minutes to admire its catch and then prepared to dine. It took about 15 to 20 minutes to finish off the well deserved meal, starting at the head and finishing off with the fins (bones & all). (Photo #5 to Photo #11) The muskrat then licked its paws and off it popped back into the water, swimming downstream, probably to have a nap. :)

Those white spots in Photo #11 are from a snow squall that descended upon the area. Pellets of snow and sunshine at the same time. Lasted about 10 minutes.

I checked out some general knowledge and unlike beavers who eat aquatic plants, woody material, grasses, etc., the muskrat eats aquatic plants as well as fish, frogs, crayfish and other small animals. So the "not so humble" muskrat can be a predator.

An osprey, eagle or mink would have thought this to be a sizeable meal. Well done, little muskrat. You certainly have shown you are not at the bottom of the food chain but keep watching over your shoulder. You never know who might be in the neighbourhood! :) 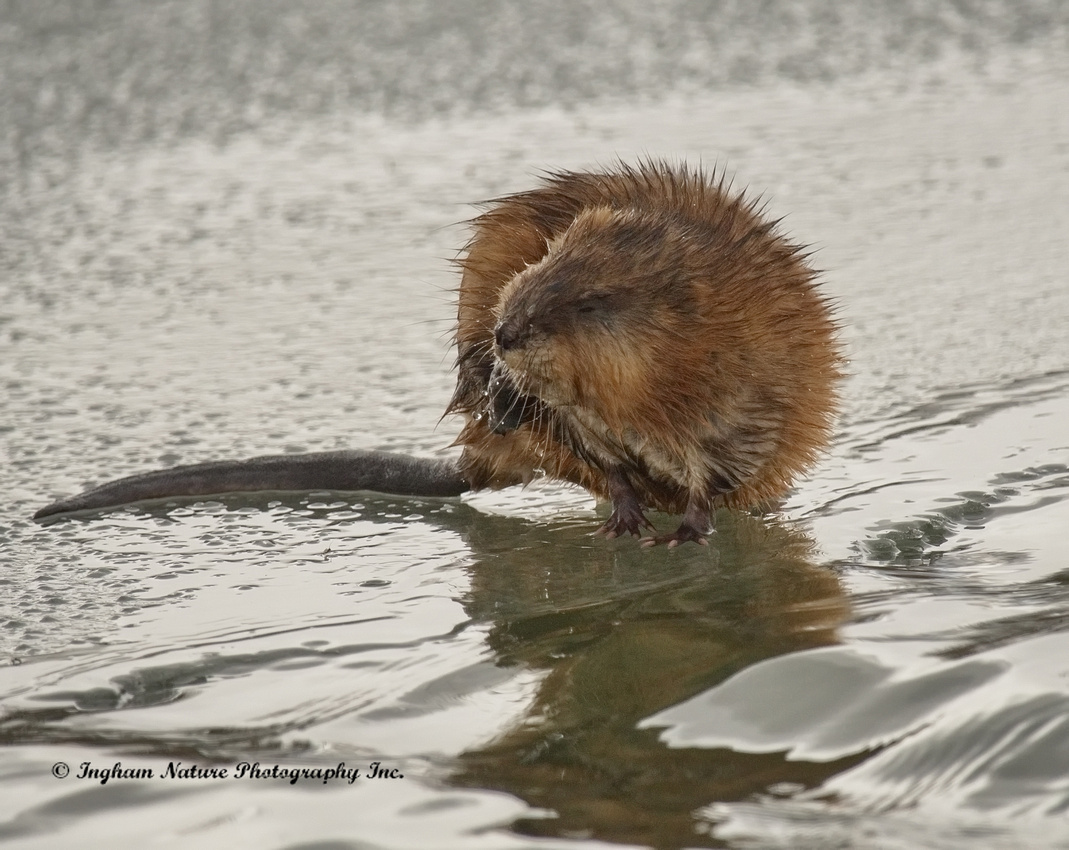 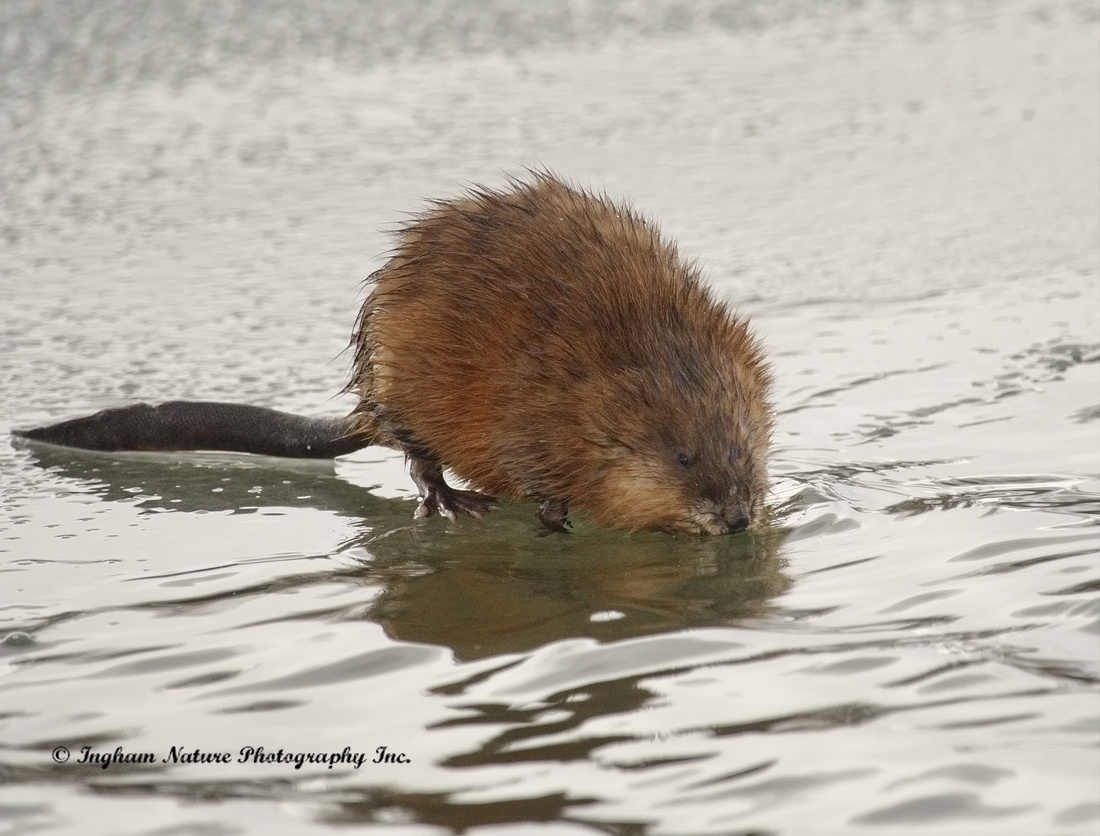 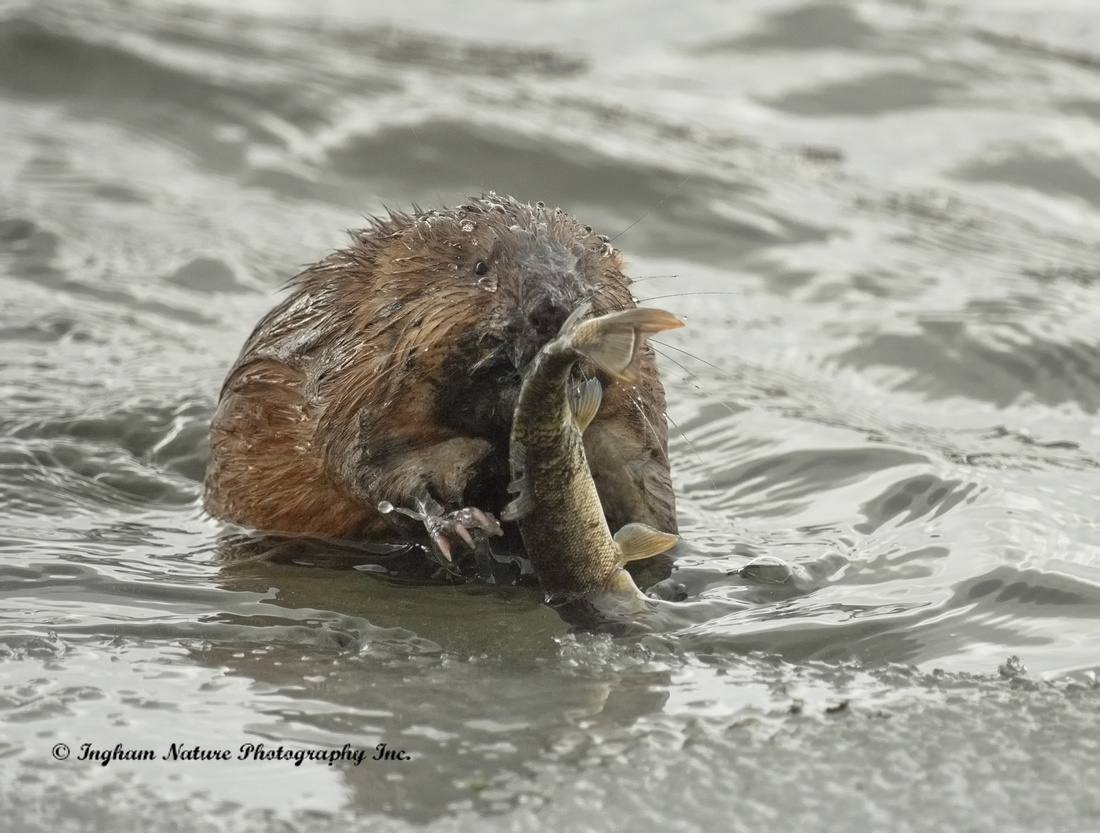 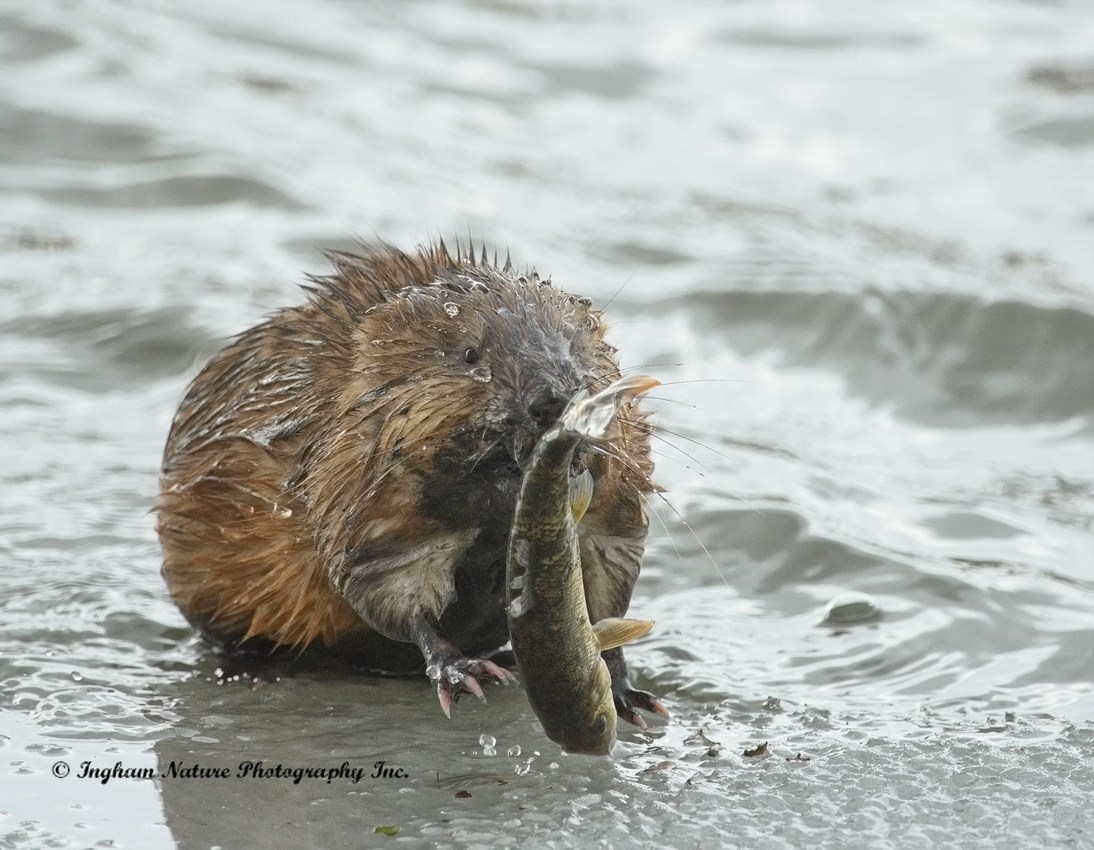 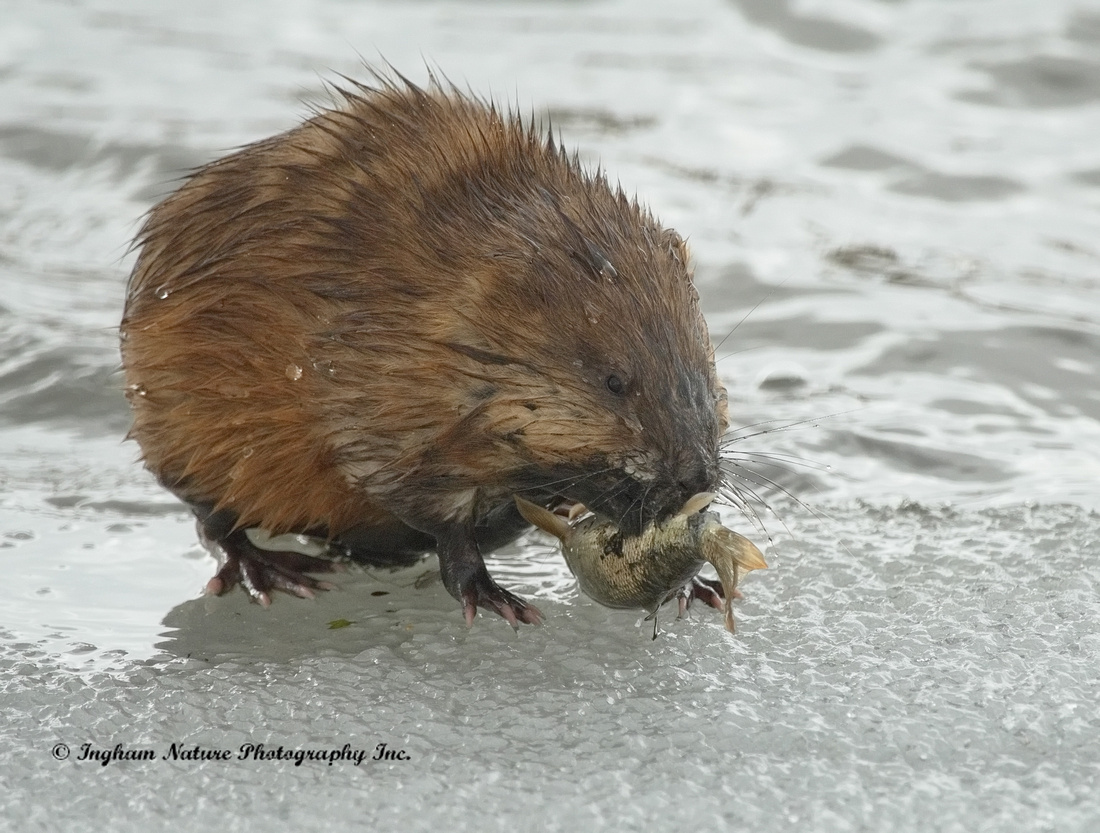 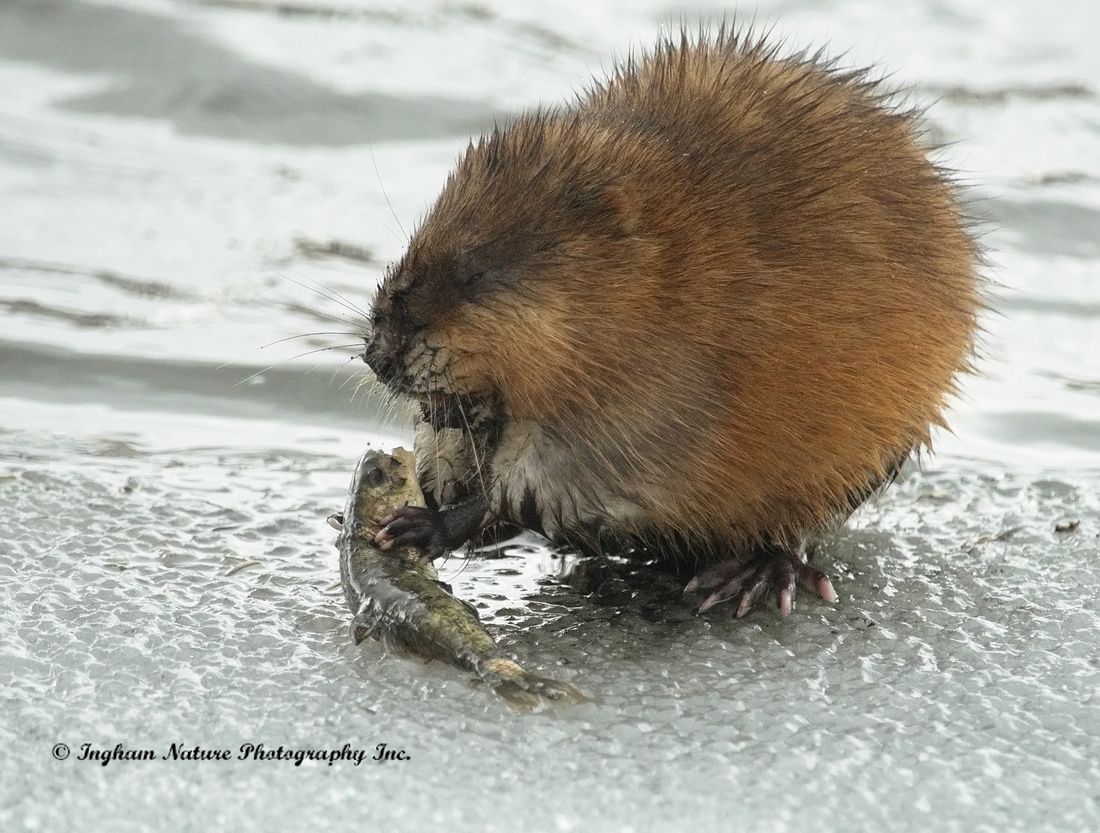 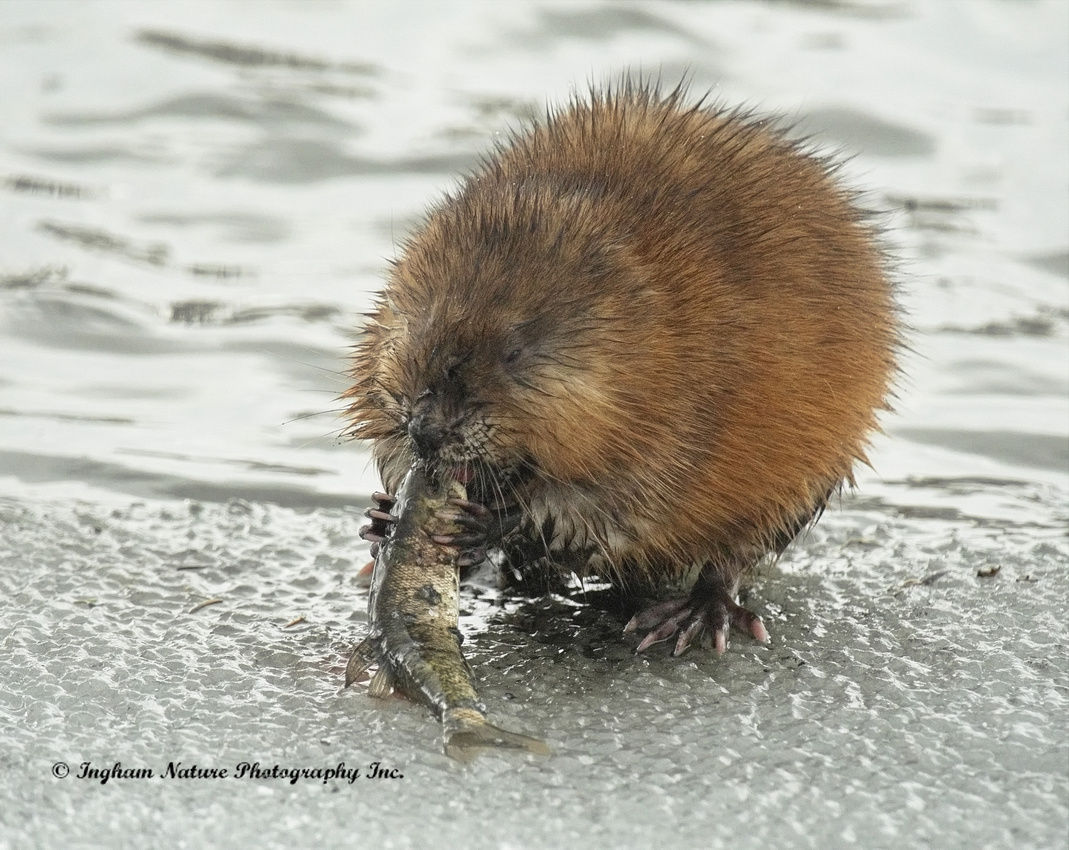 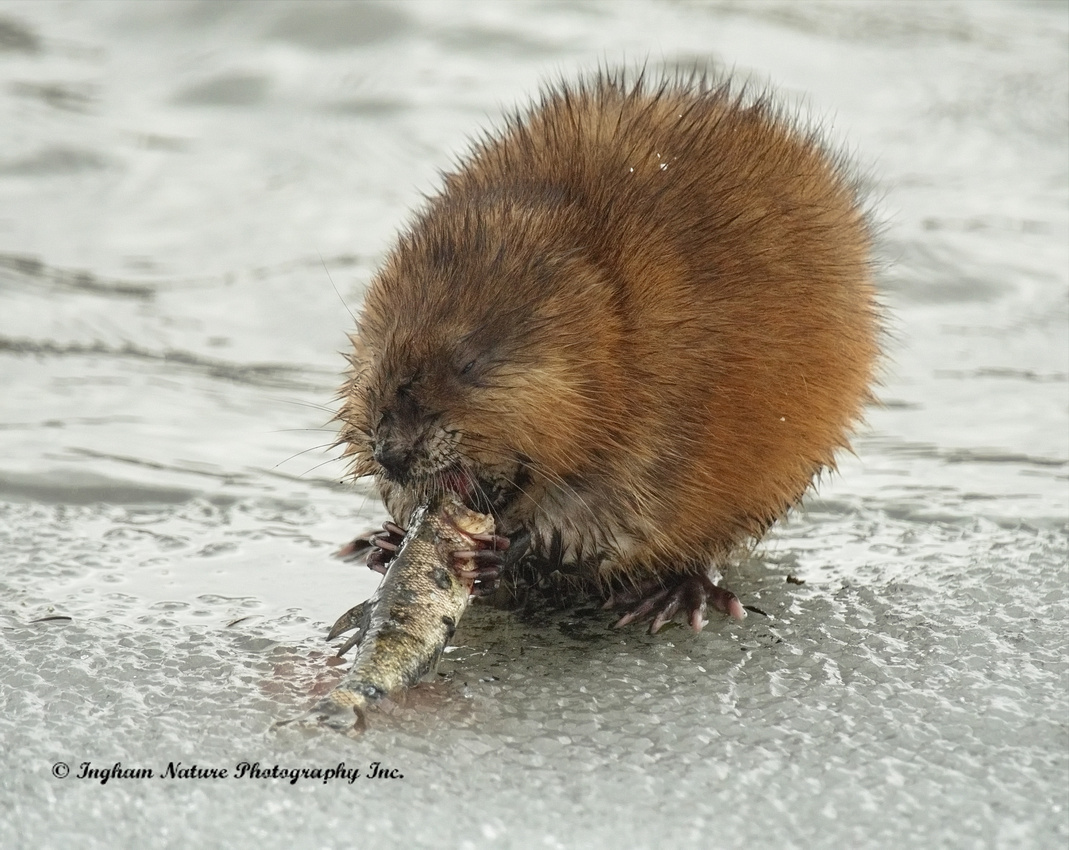 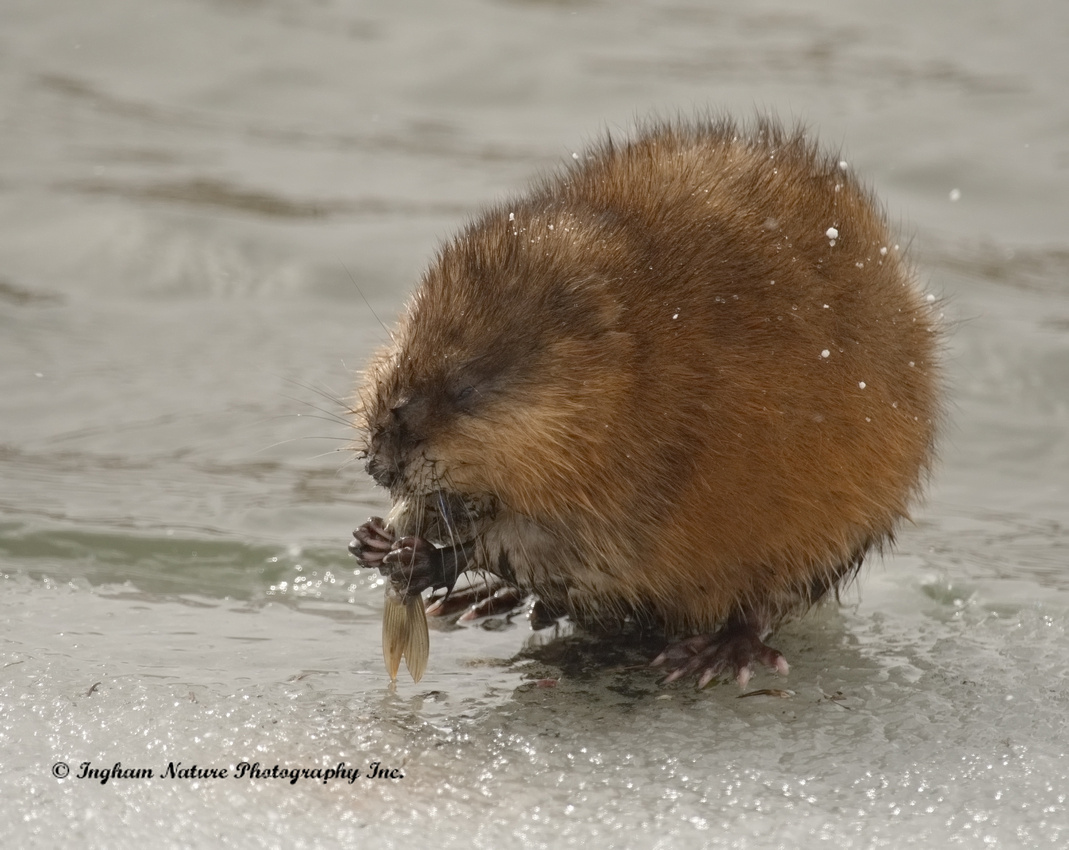 Urszula(non-registered)
Oh no, I loved muskrats for being vegetarian, gentle natured...
And now I saw how this guy polished off the whole fish :)
Beautiful series, couldn't be better even if you took a video.
Well done, congrats.
John Harper(non-registered)
Wow! What an incredible series of action photos. It must have been such fun to watch that unfold. Really great to see, thanks
No comments posted.
Loading...
Subscribe
RSS
Recent Posts
"EACH ONE DESERVES RESPECT & PROTECTION" - Great Horned Owls "LATE TO THE PARTY - PARTY ANIMAL" - Weasel (Long Tailed) "WHAT ARE THOSE OSPREYS DOING NOW?" - Ospreys "LATE TO THE PARTY" - Weasel (Long Tailed) "BLACKBIRD SINGING ..... " - Blackbirds (Red Winged & Yellow Headed) "SPIDERMAN, SPIDERMAN - DOES WHATEVER A ..." - Porcupine (North American) "THE AW FACTOR" - Porcupine (North American) "THE DEMONIC MINK" - Mink (North American) "A WINDOW INTO A PORCUPINE'S WORLD" - Porcupine (North American) "A PREDATOR'S LIFE IS NOT AN EASY ONE" - Coyote
Keywords
Archive
January February March April May June July August September October November December
© Ingham Nature Photography Inc.
Powered by ZENFOLIO User Agreement
Cancel
Continue