This sequence of photos was taken on a rather dismal snowy cold day between Christmas & New Year's Eve 2021.

Was just completing a walk in the frigid temperatures, when I looked up into a tall fir tree and saw something definitely moving across the branches. Yes, it was a large porcupine in its full winter coat, all fluffed up against the Winter weather.

I have never seen a porcupine dining on fir needles and cones before, but along with a diet of seeds, buds & bark - why not? And he was certainly chowing down, seemingly oblivious to the snowy weather.

After an hour or so,  I left" Mr. Fluffy" and headed back to the car. The porcupine & my camera battery both had outlasted me in the cold. 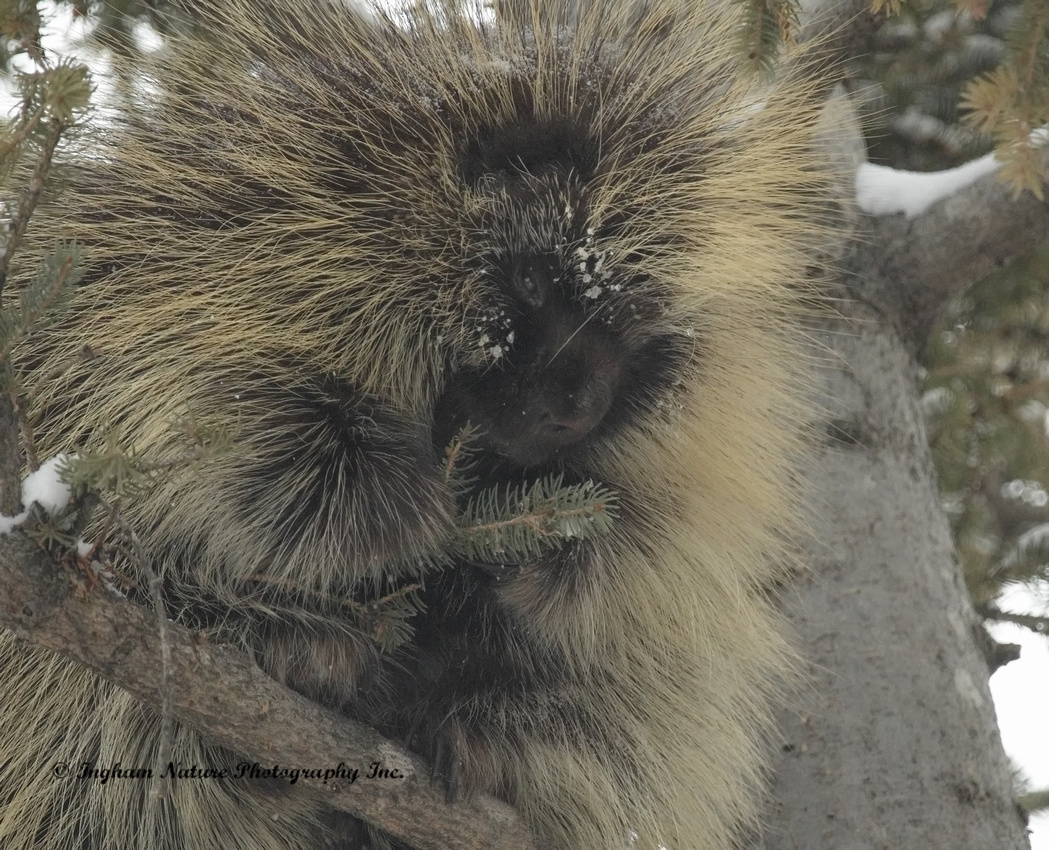 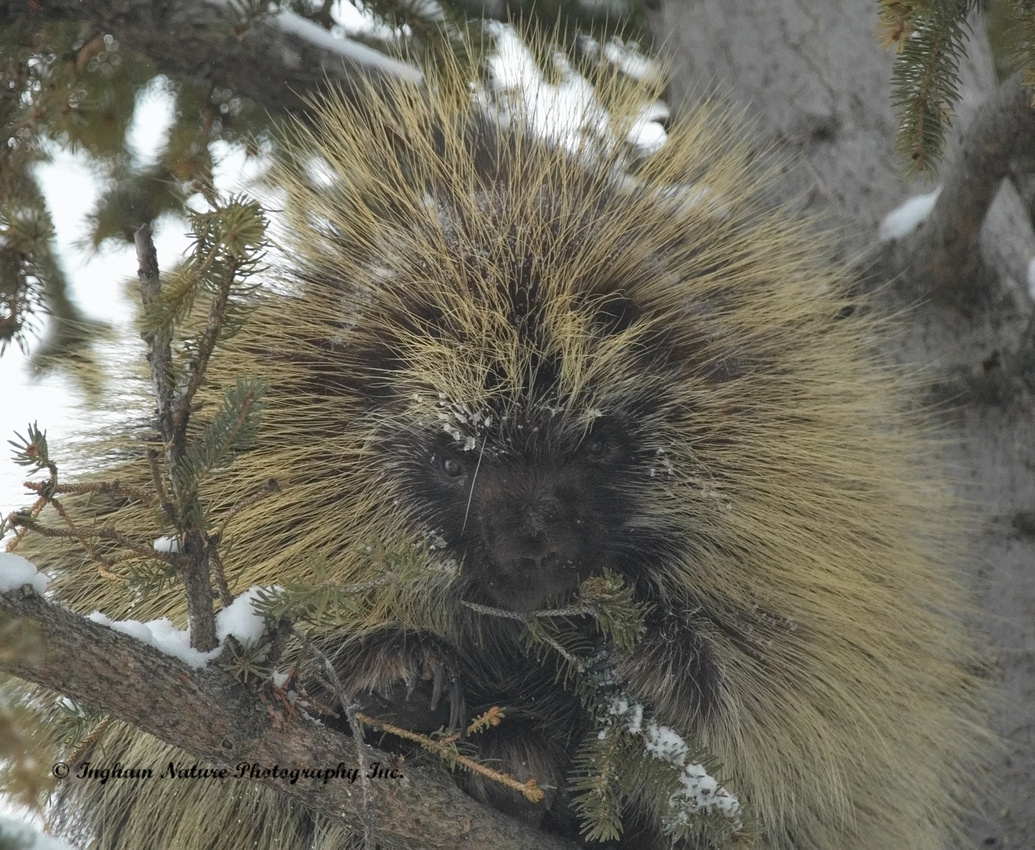 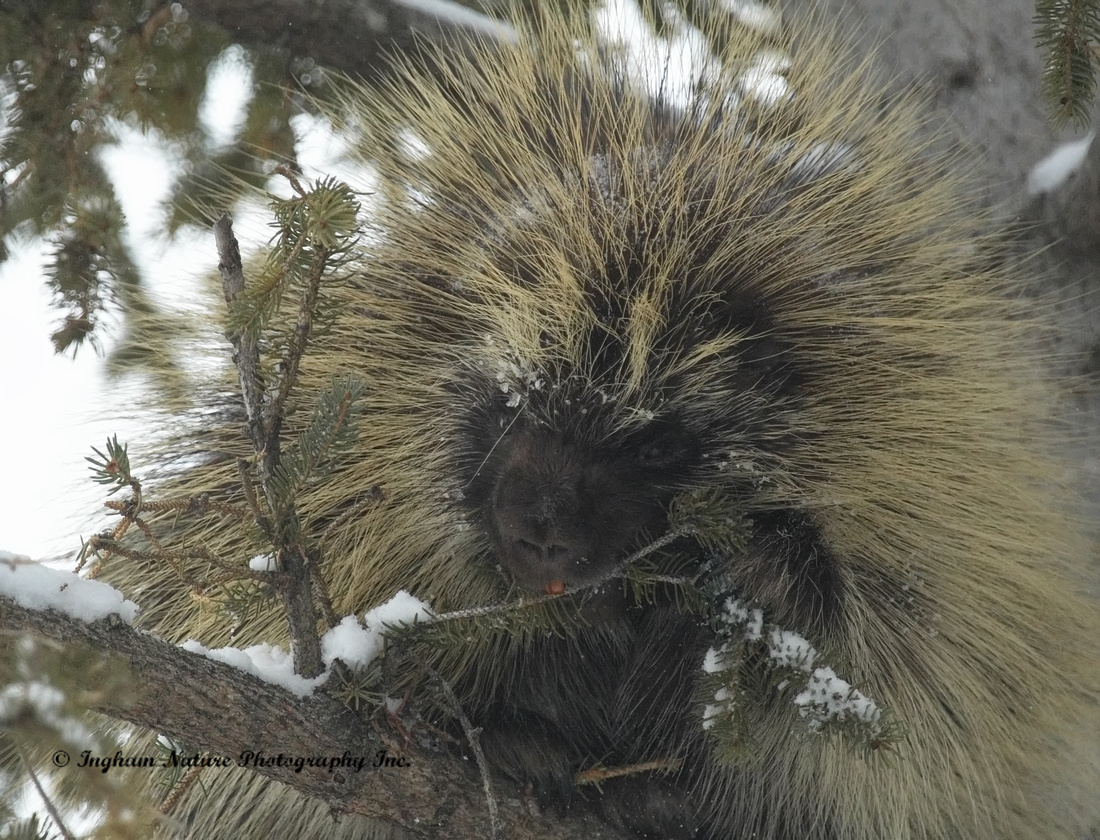 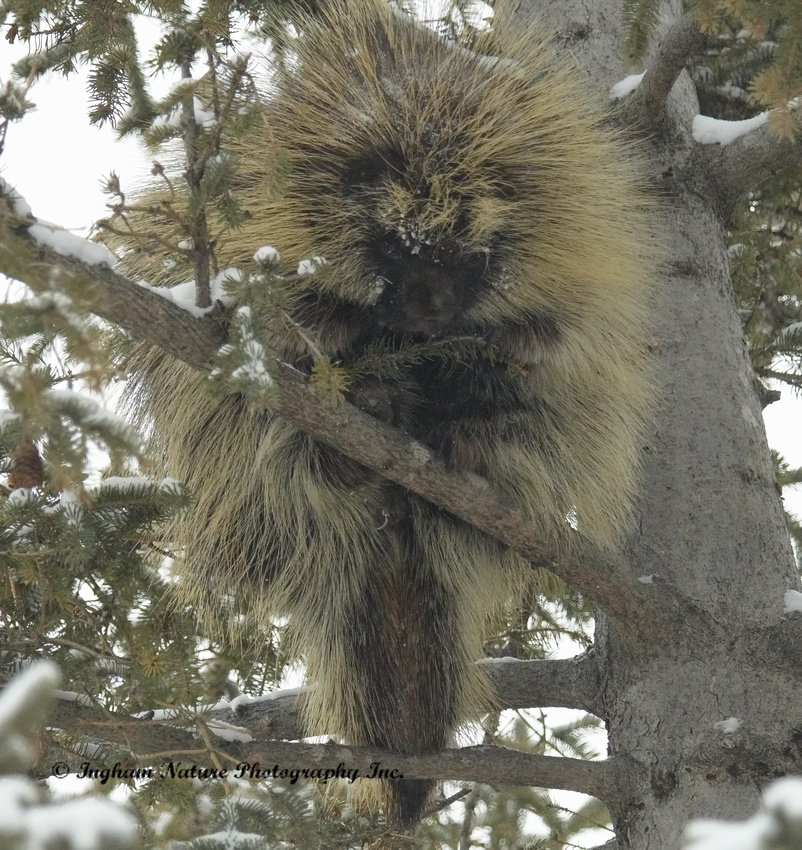 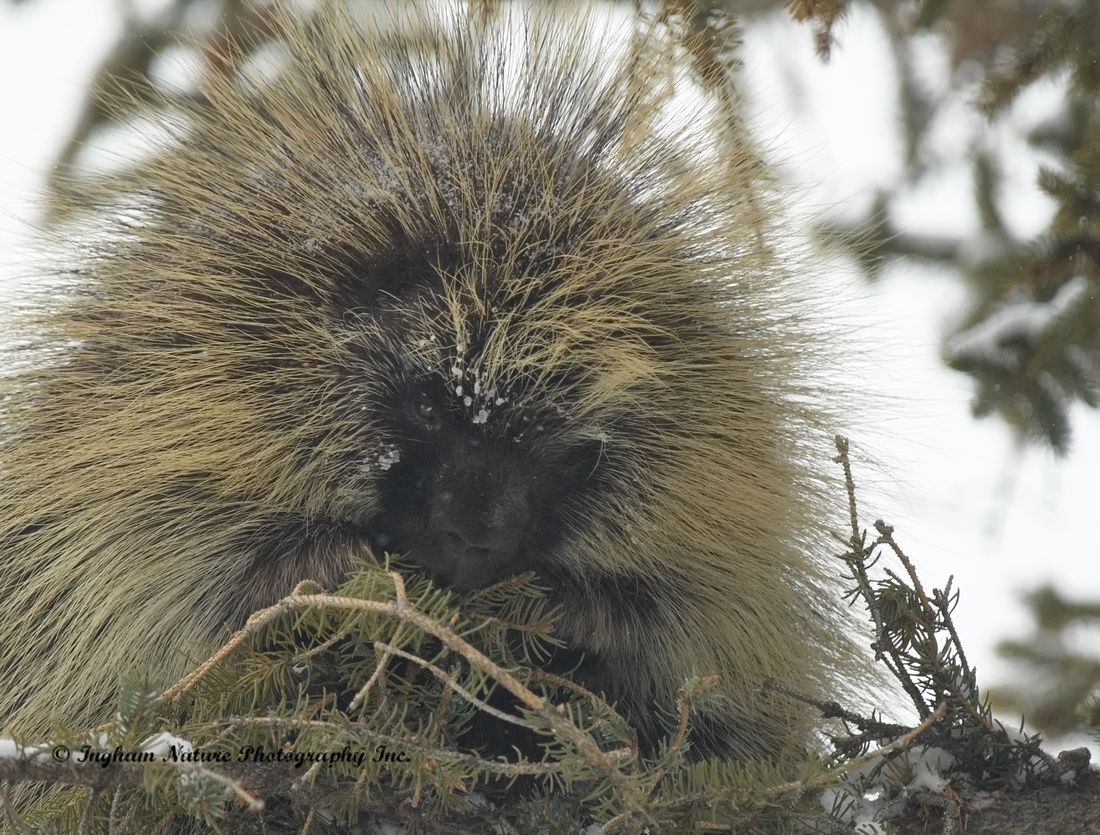