It's hard to believe the photos that follow this commentary were taken only two weeks ago.

A porcupine had decided to come out of its den and warm itself. It was extremely low on this broken tree trunk although as the sun moved around, it climbed higher where it could shade its face from the light.

But it did present some great opportunities without hindrance of branches. Those photos where you can see the porcupine with its head pointed upwards were the moments where it was sniffing the air. With the aid of the camera, you could actually see its nostrils moving in and out. This is the time of the year when porcupines are "looking for love" and as the sniffing was not in my direction, perhaps it was checking out a potential hook-up. :) 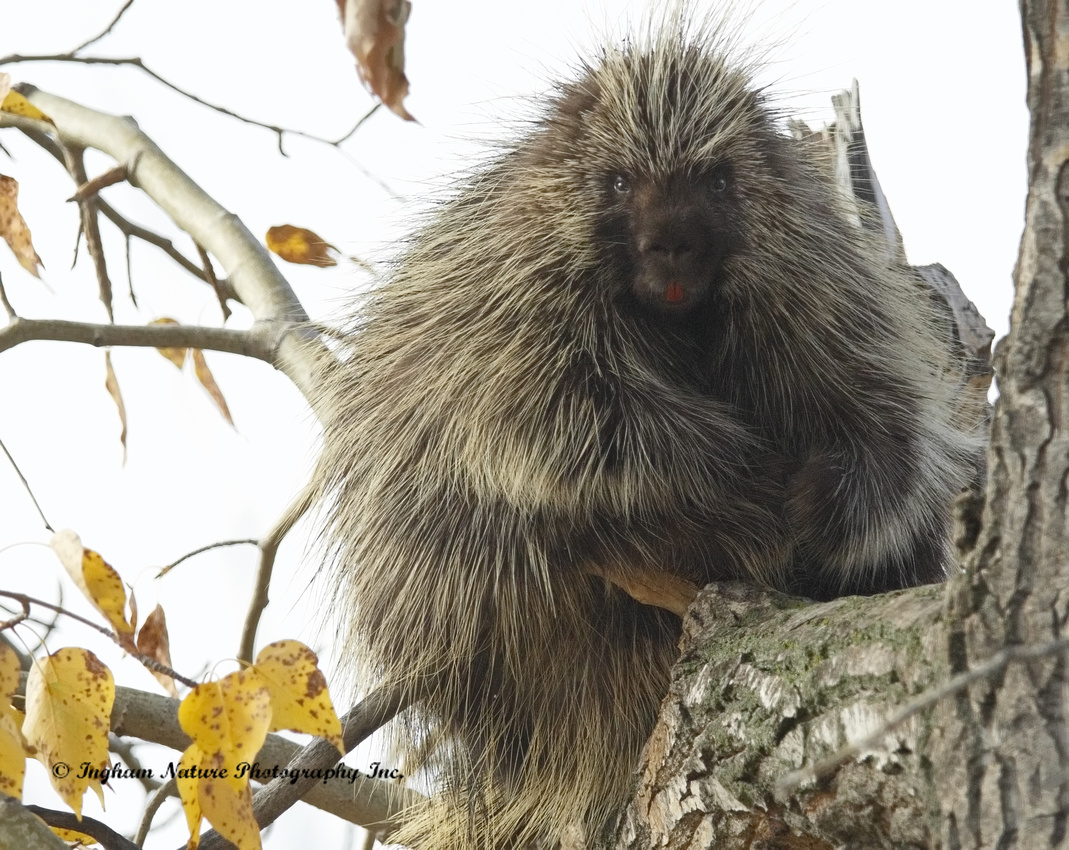 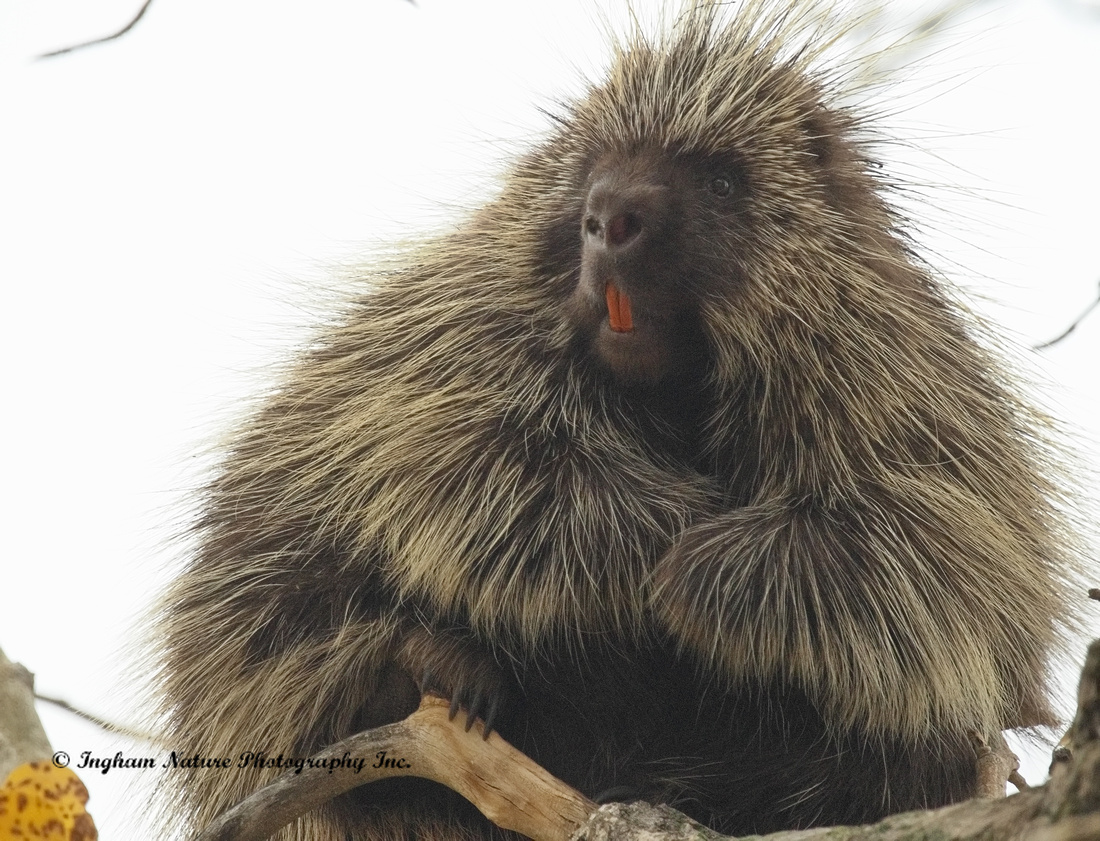 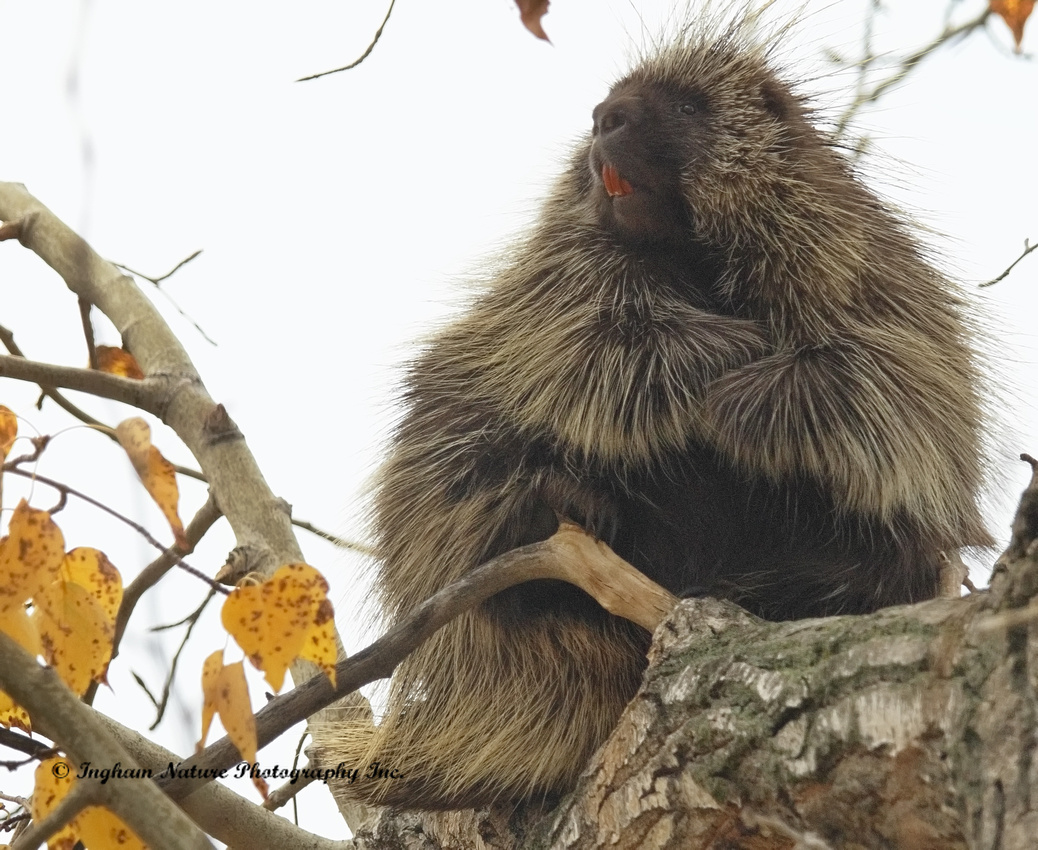 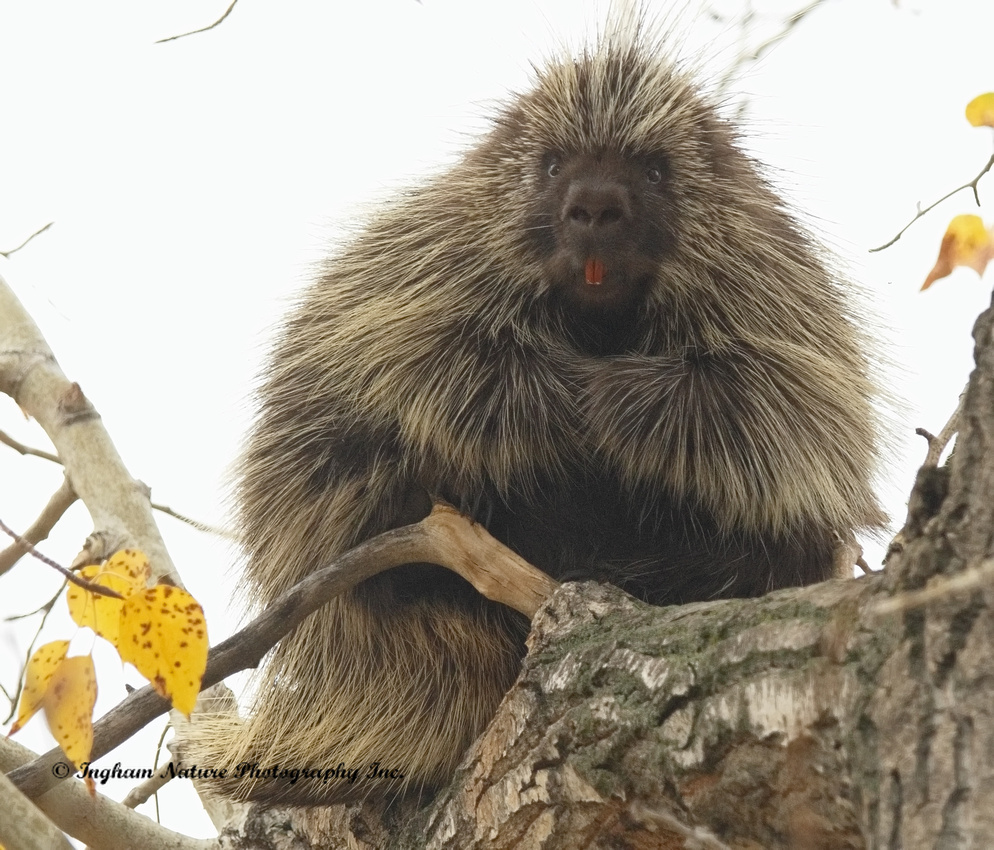 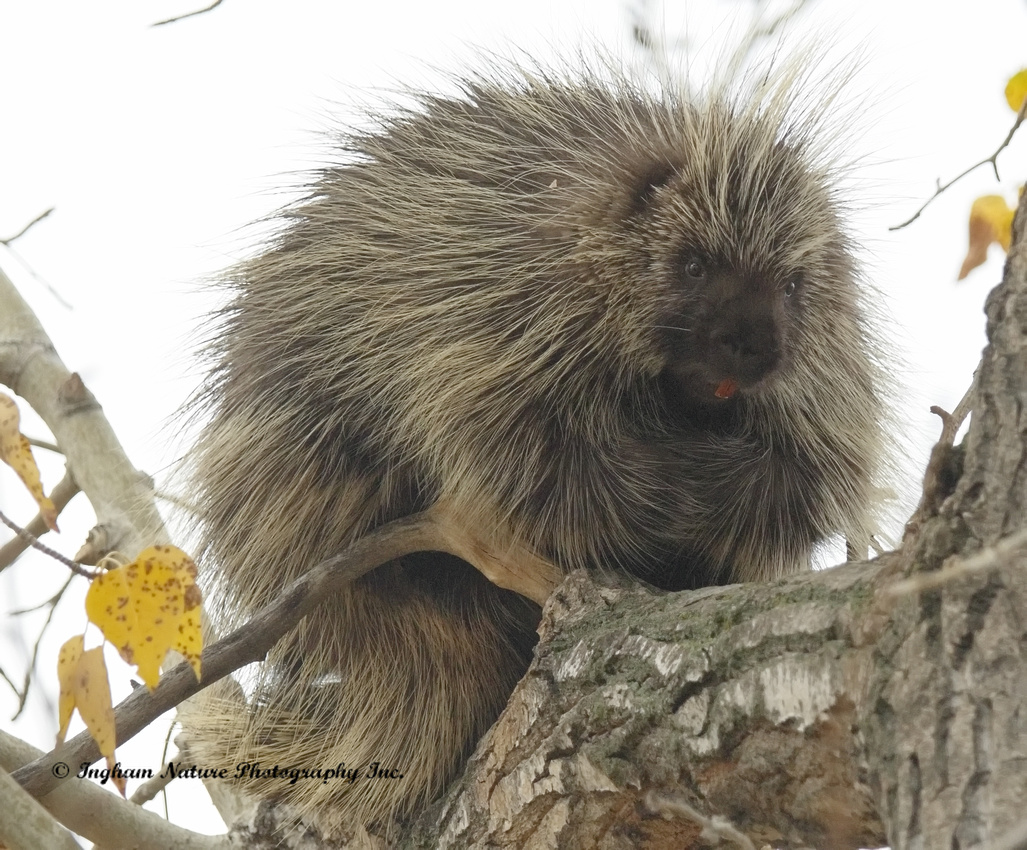 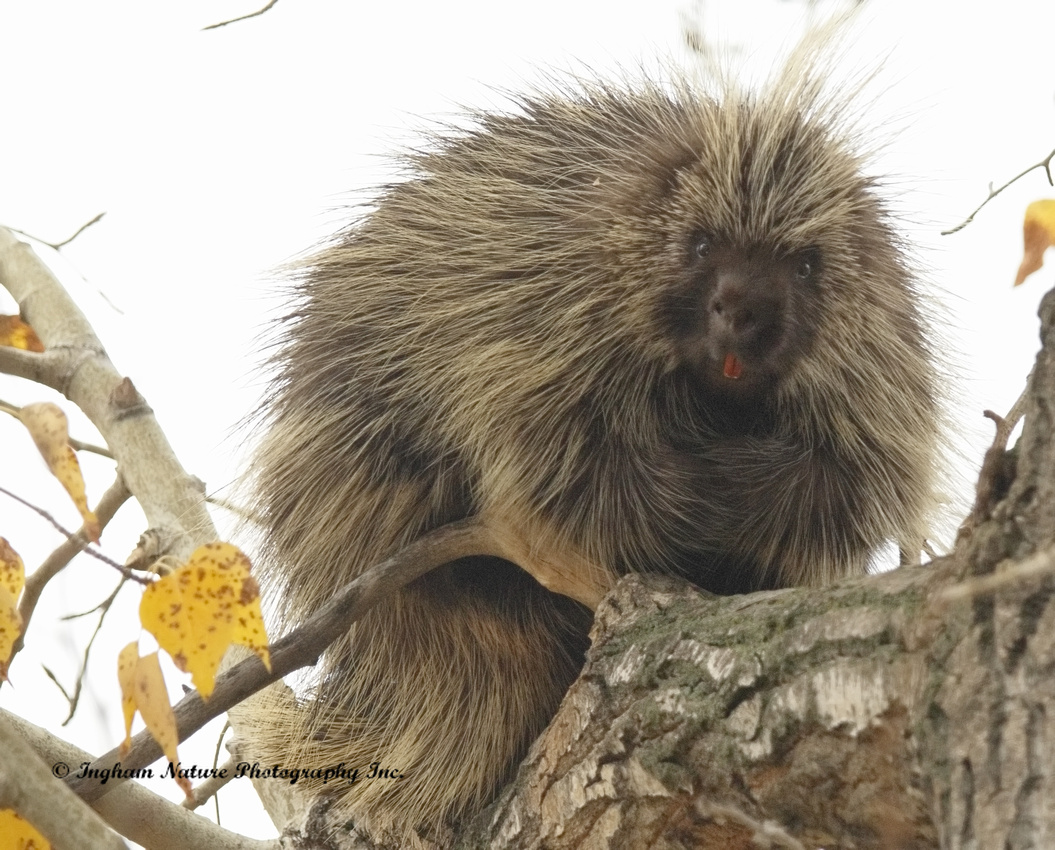 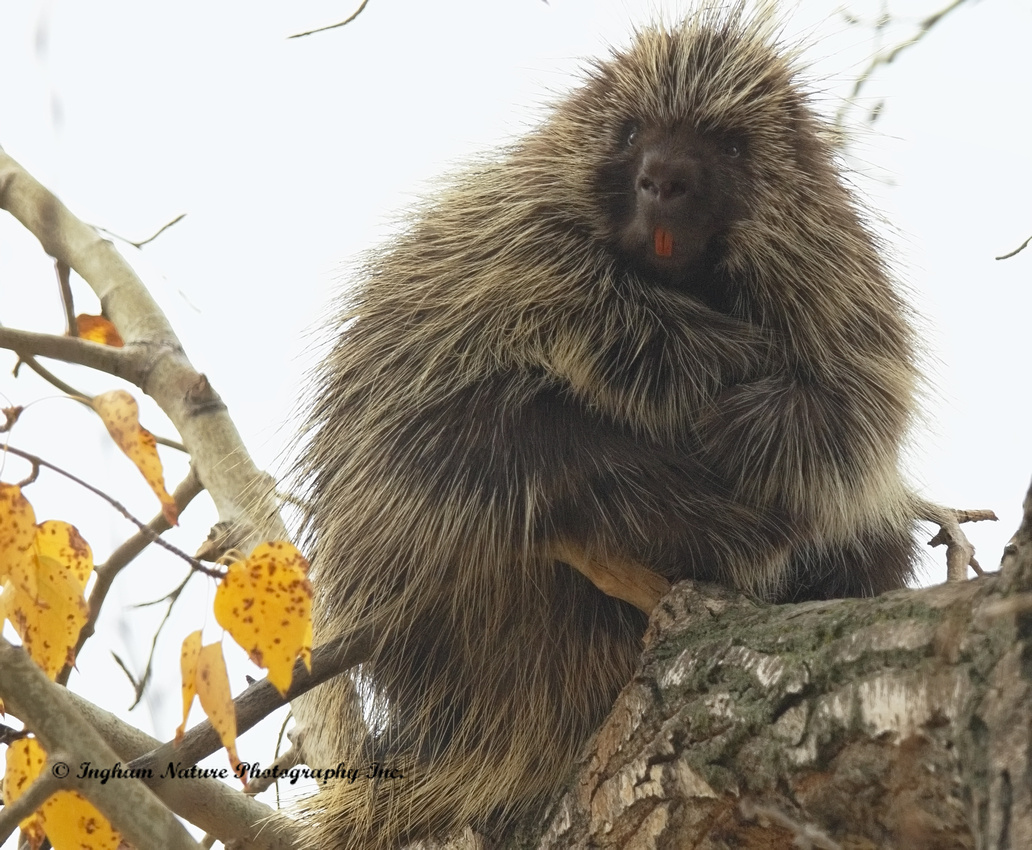 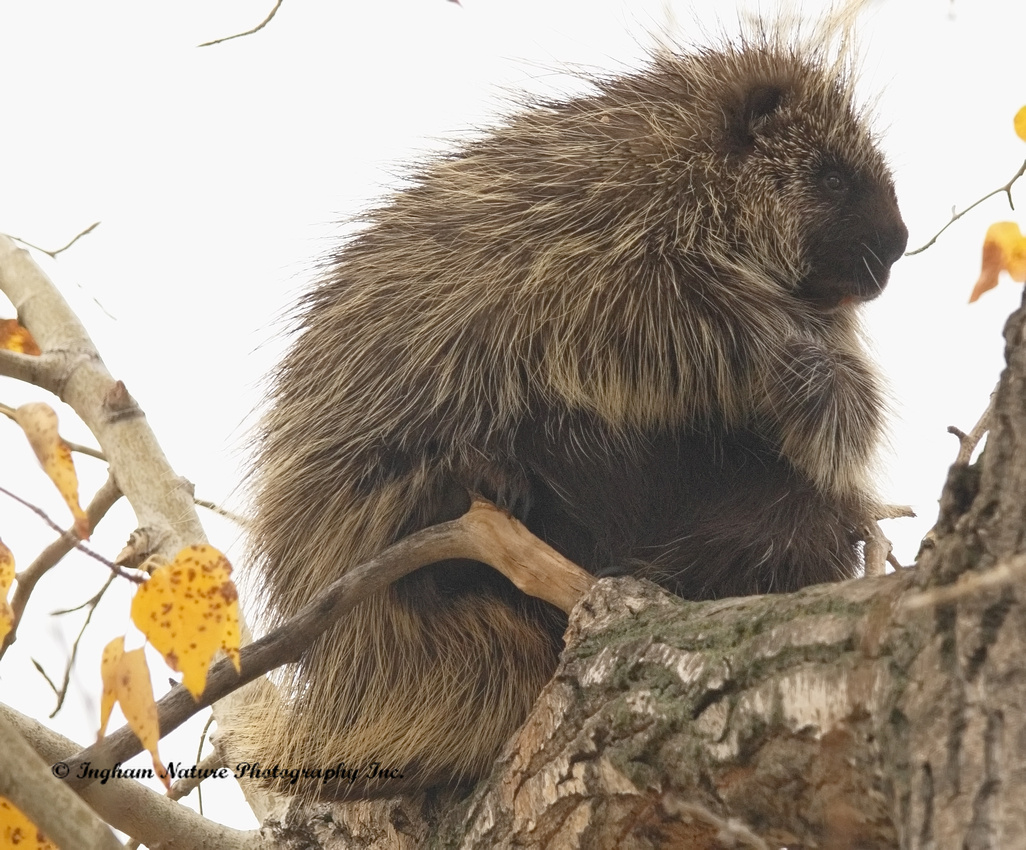