This set of photos were taken over a period of two days. I am not certain if it is the same Great Blue Heron or two different ones, as there have been two spotted flying together.

The creek had been full with water rushing over a beaver dam. The heron had discovered just by standing on the dam over which the water flowed, fish literally came to him. And what whoppers were caught. (See Photos #1 and #2.) In this instance, I don't think its eyes were larger than its stomach.

Photos #6 through #9 are from the second day when the heron moved further down the creek and did short flights, probably the most expeditious and safe method of travel.

It is believed this to be a young heron(s). Feathering does not appear to be as mature and the demeanor is certainly a little naive, i.e. they are not as wary of humans as they normally are. Or perhaps, it's just a food/fish frenzy of stocking up the calories before the migration south as the colder weather sets in. 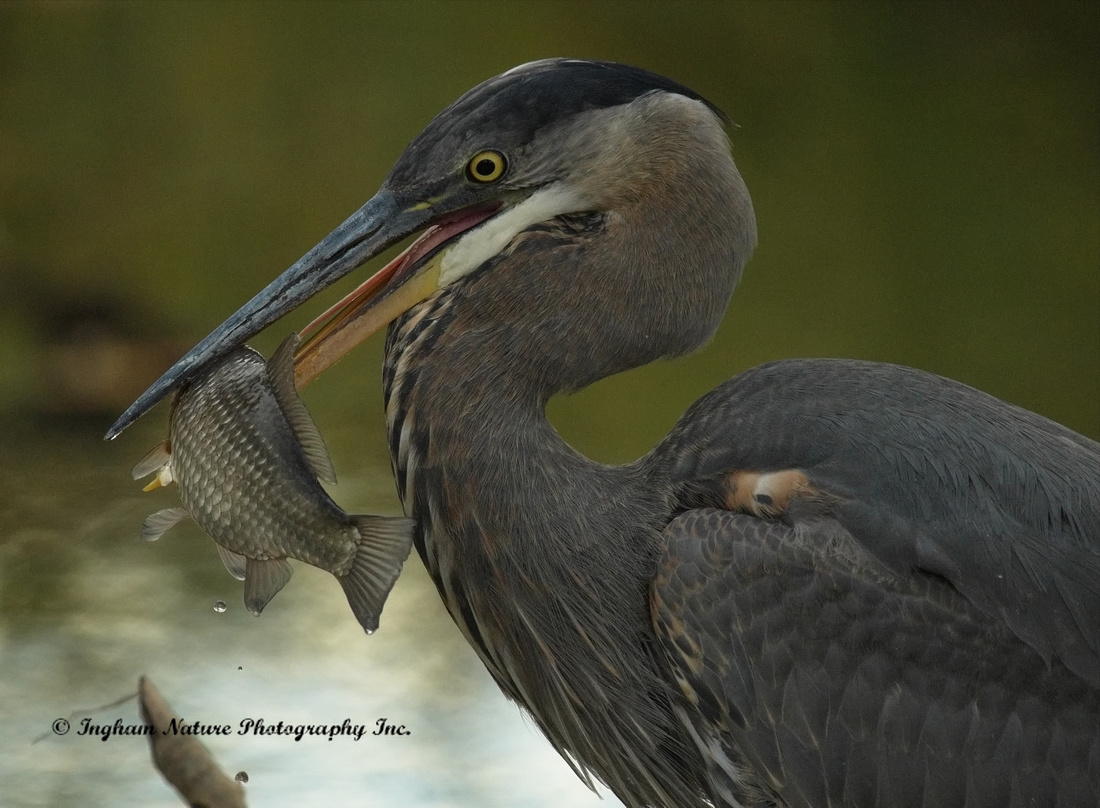 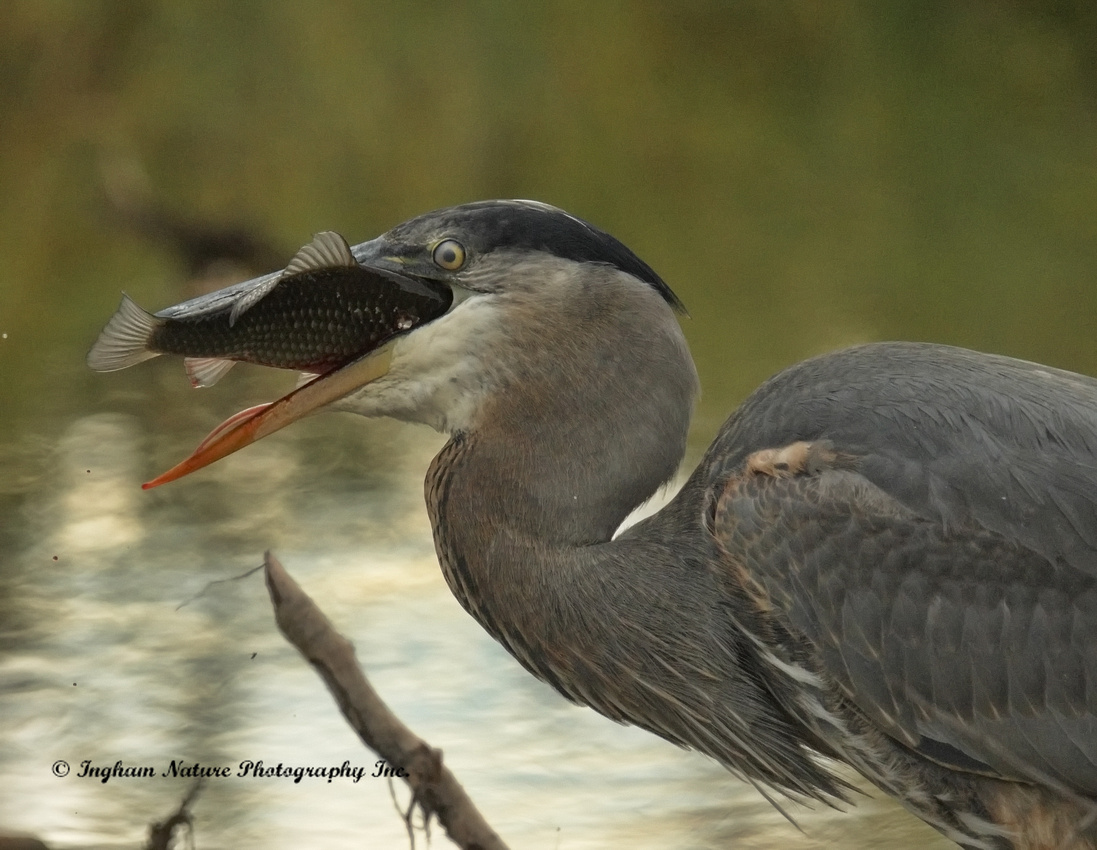 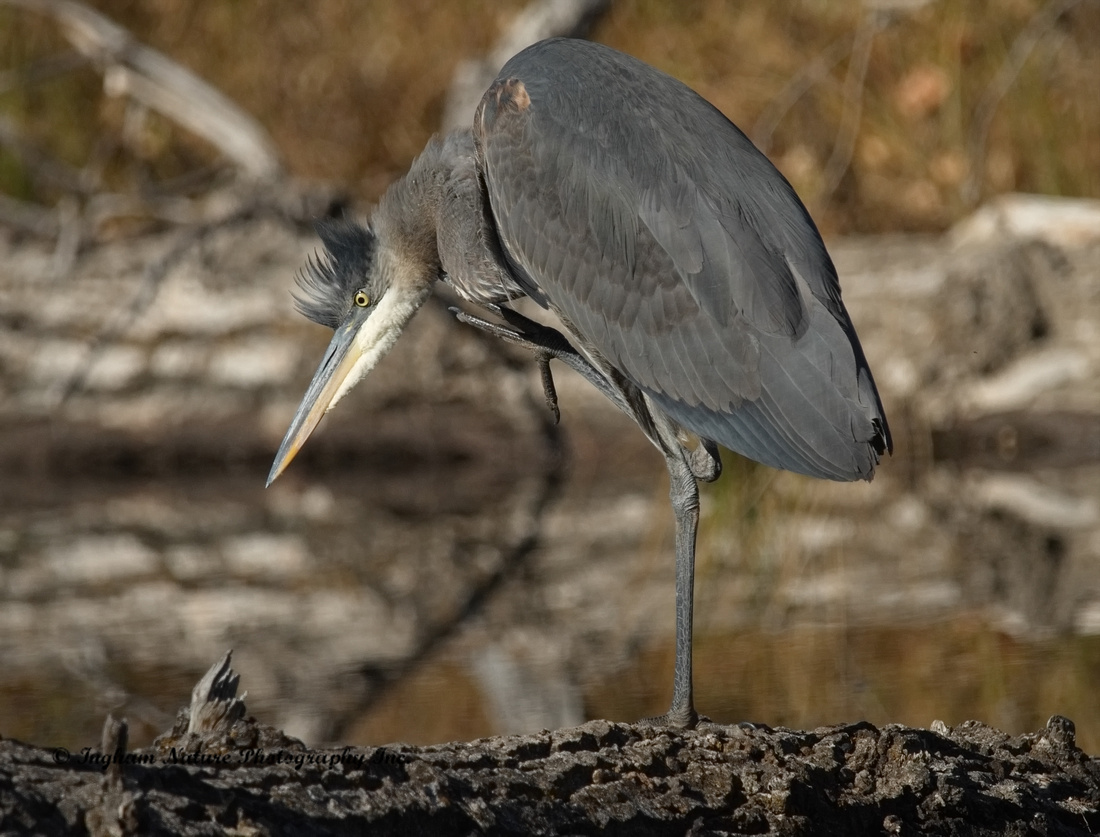 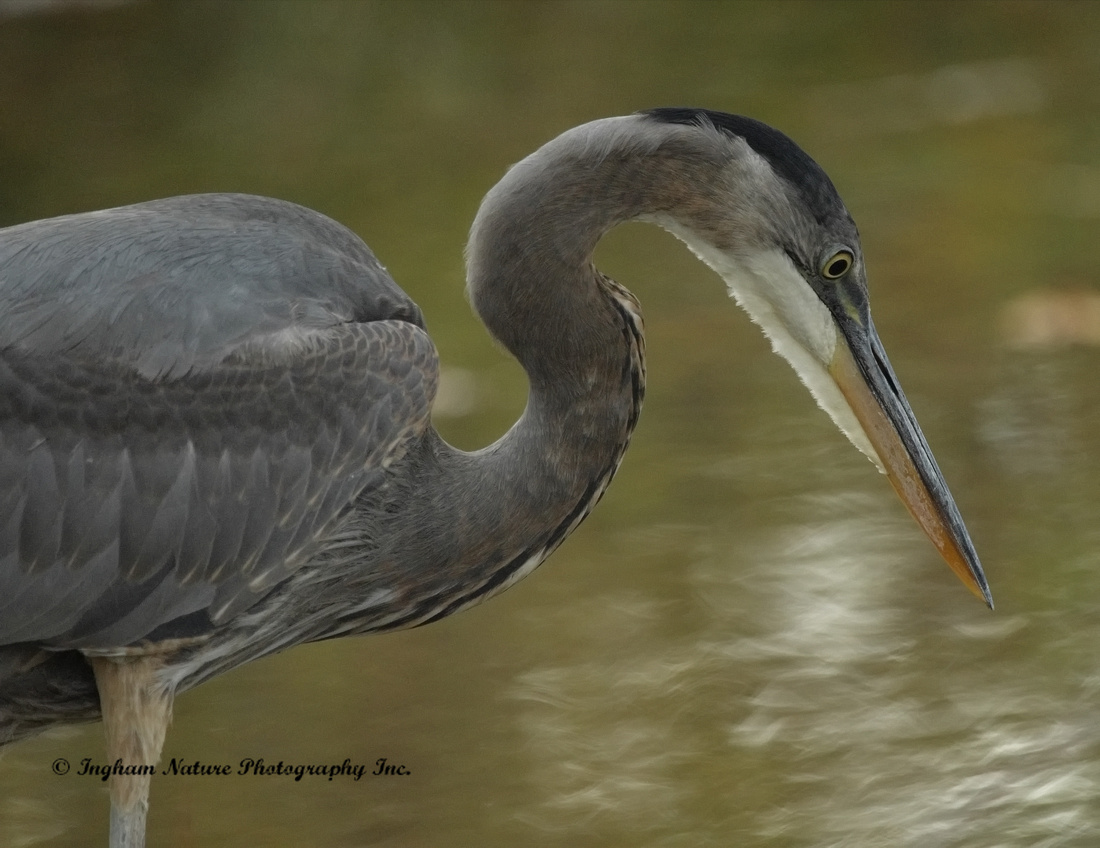 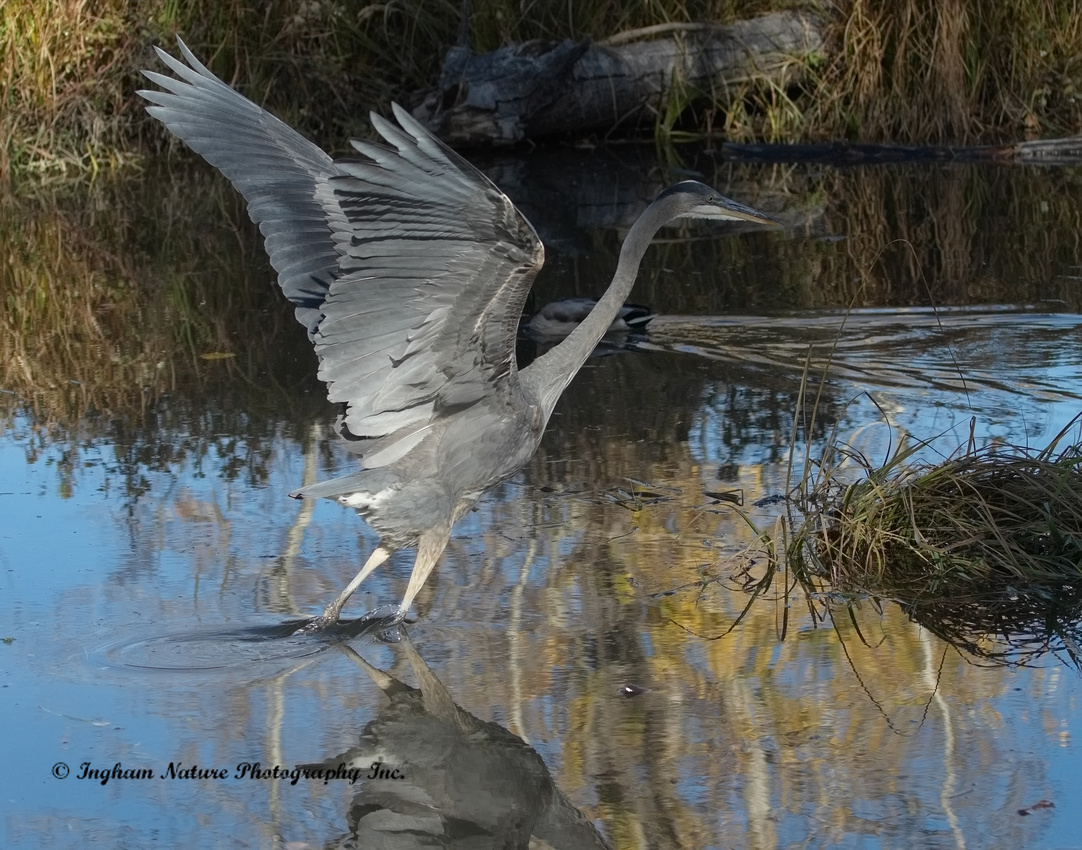 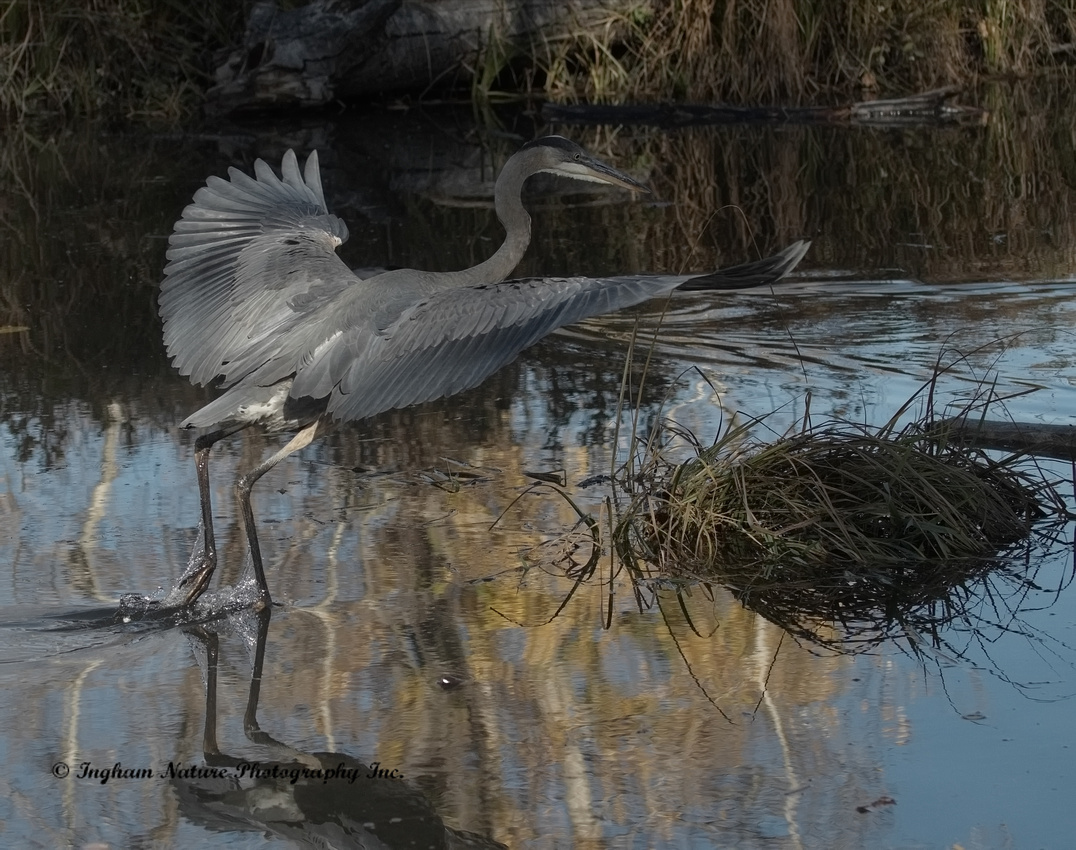 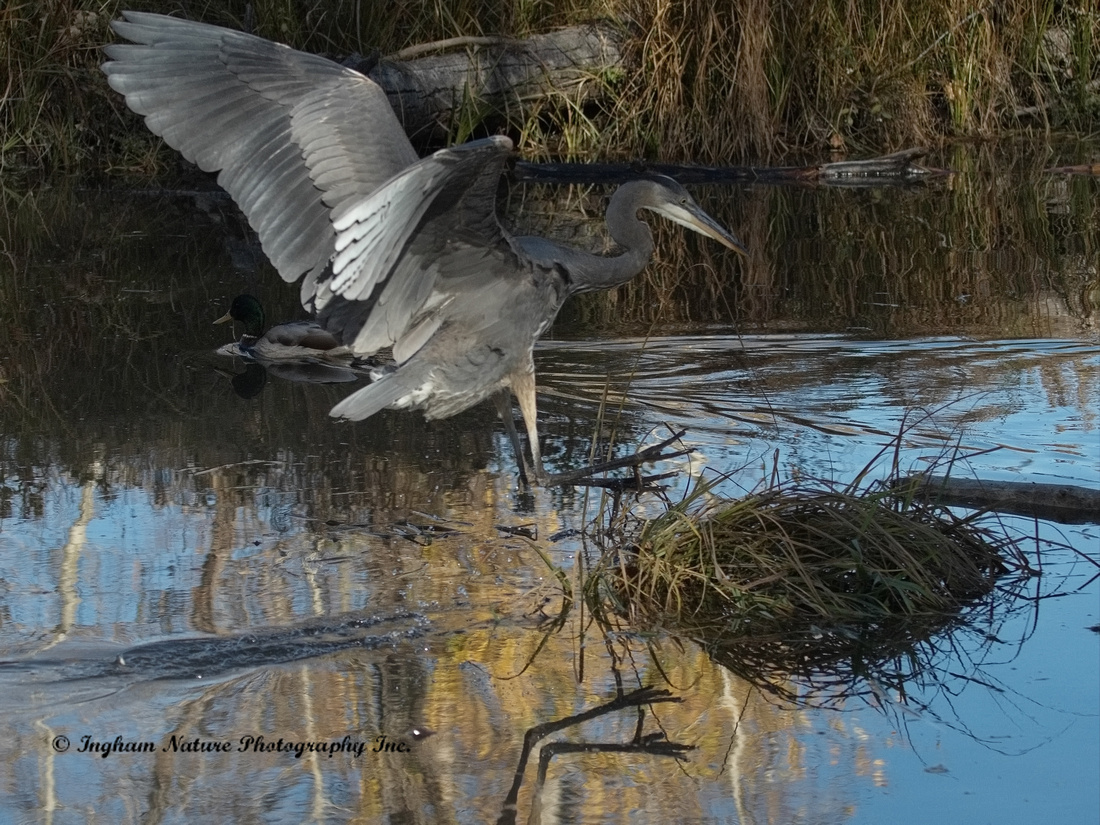 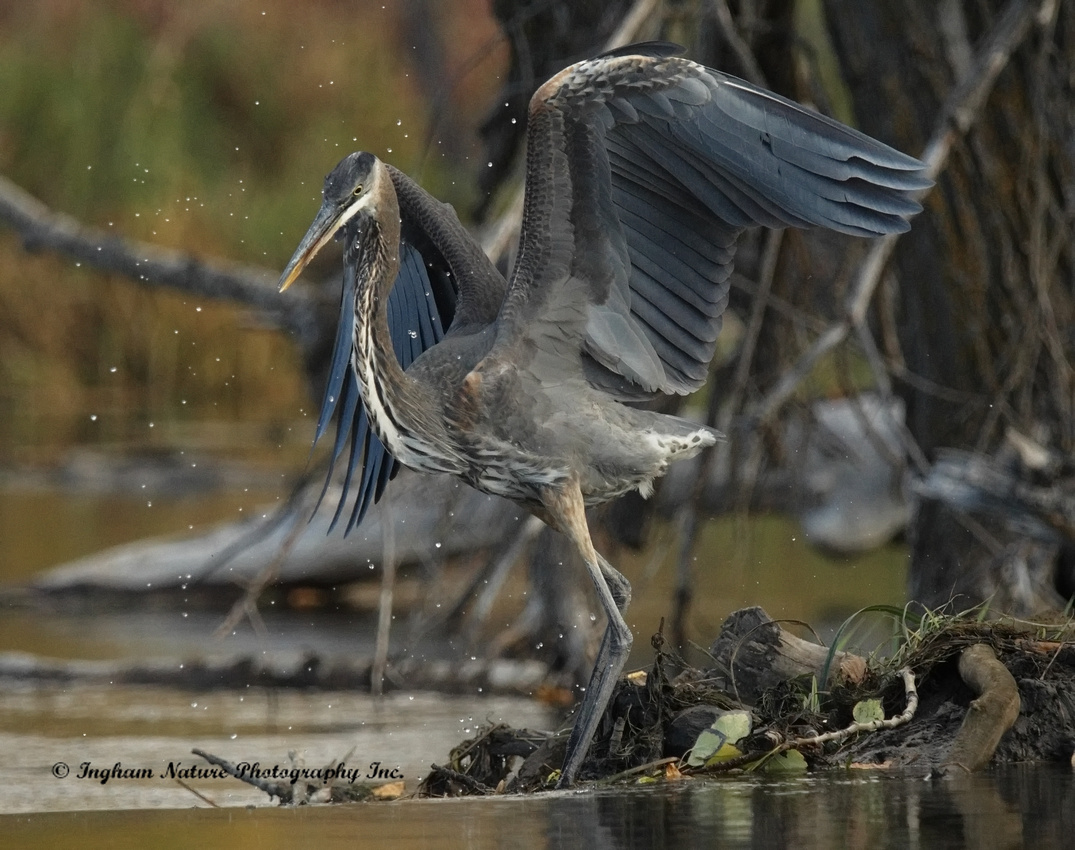 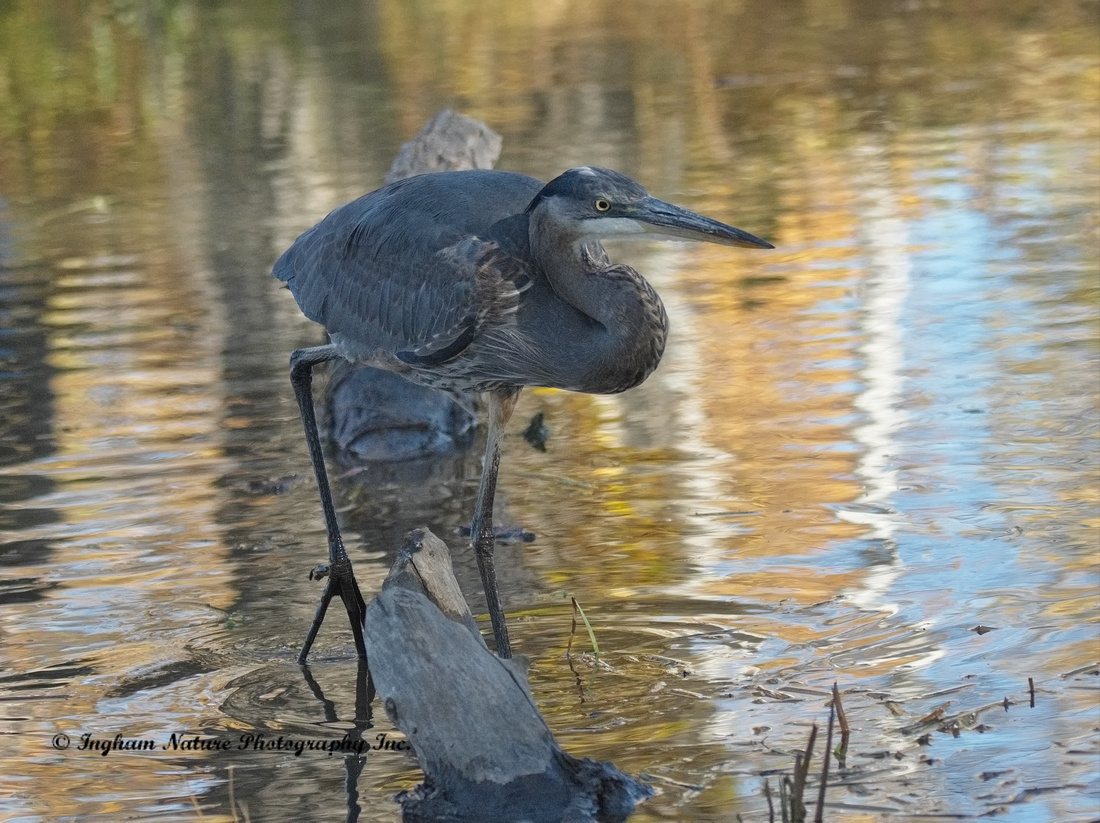