"IT'S NOT THE SIZE OF THE MUSKRAT IN THE FIGHT" - Muskrat

"IT'S NOT THE SIZE OF THE MUSKRAT IN THE FIGHT"

To paraphrase Mark Twain's quote regarding the size of the dog in the fight:

As mentioned in the October 10th blog, "It's Time to Introduce Sidney", this adult muskrat was taking no prisoners when it came to a mink (no matter what size) who came prowling around its beaver lodge home. There was another smaller muskrat swimming in the vicinity, that I assume was an offspring.

There had been a lot of in water splashing & chasing, after which the mink left for another fishing area with less confrontation. It may seem a little strange that a fierce predator such as a mink would give in to a muskrat but in the wild, expending calories without reward can be paramount. That combined with the potential for injury would probably make this mink move along. And there are certainly more lucrative fishing areas in the vicinity and well within its territory.

So here is our little champion. If you have taken on a mighty mustelid, taking time out for some grooming & relaxing is a just reward. And, of course, you can always keep a watchful eye on the creek for a certain mink's return. 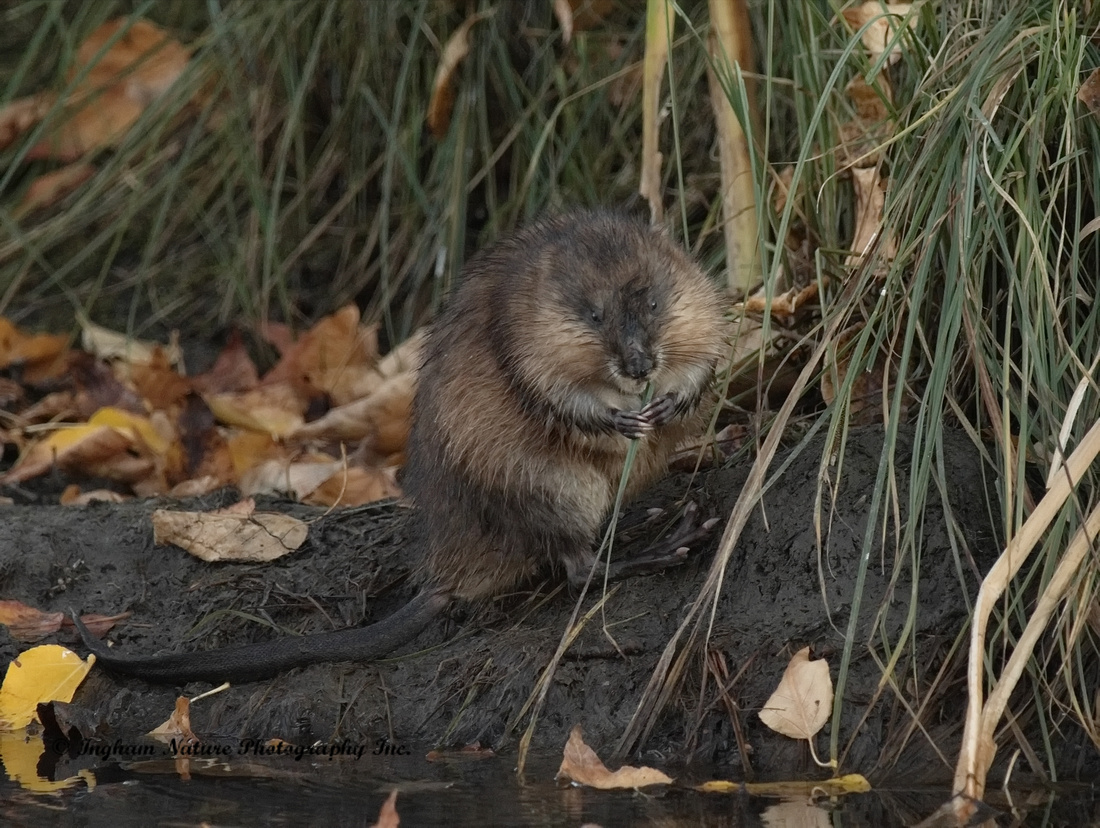 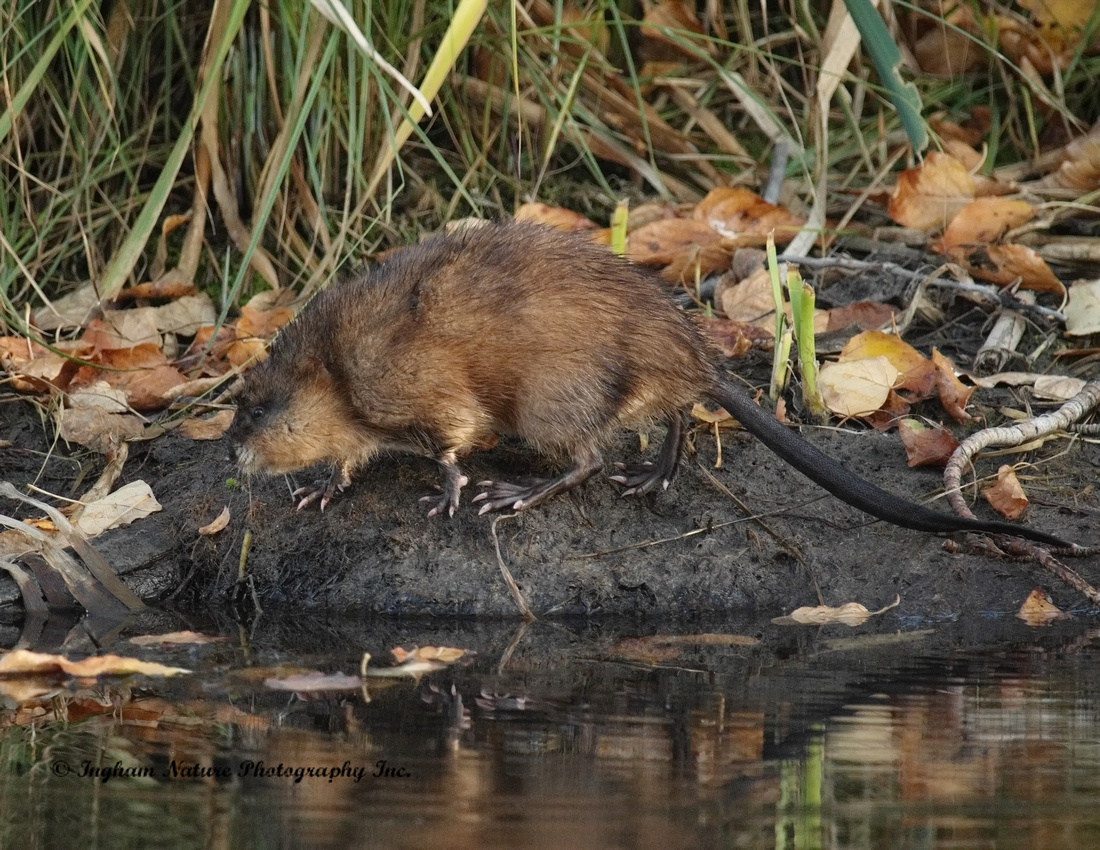 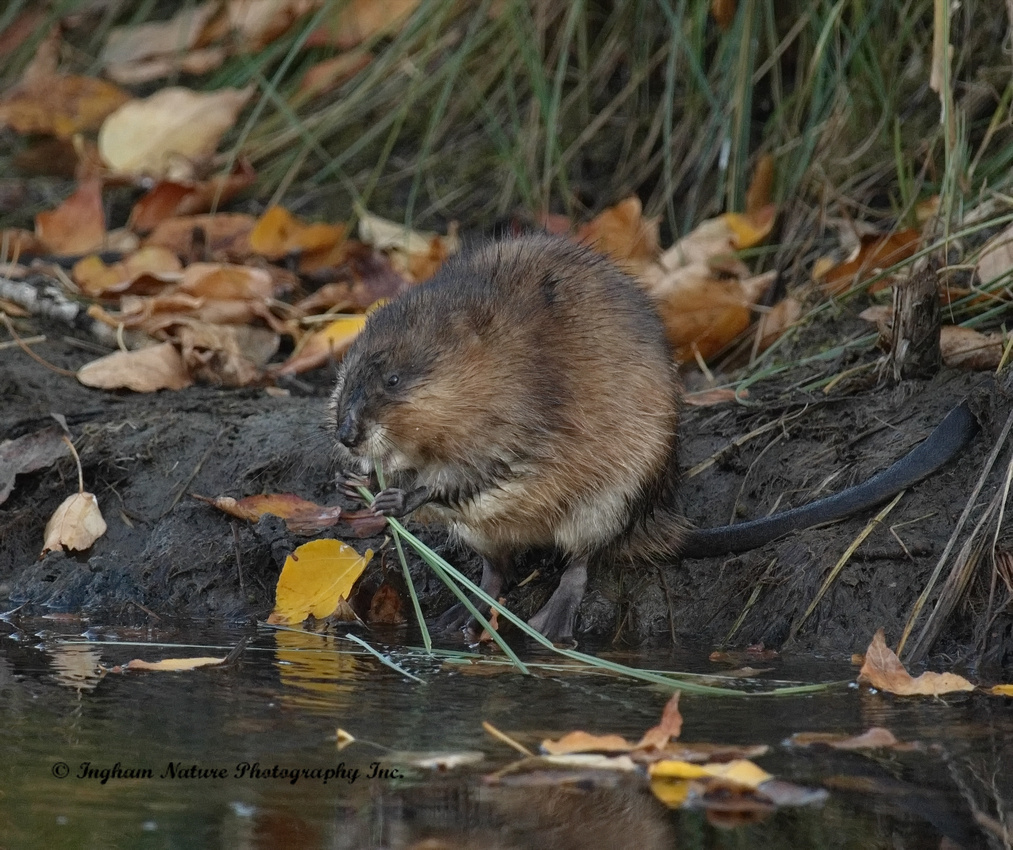 PHOTO #4 - Autumn does provide some great contrast for a little fuzzy brown rodent! 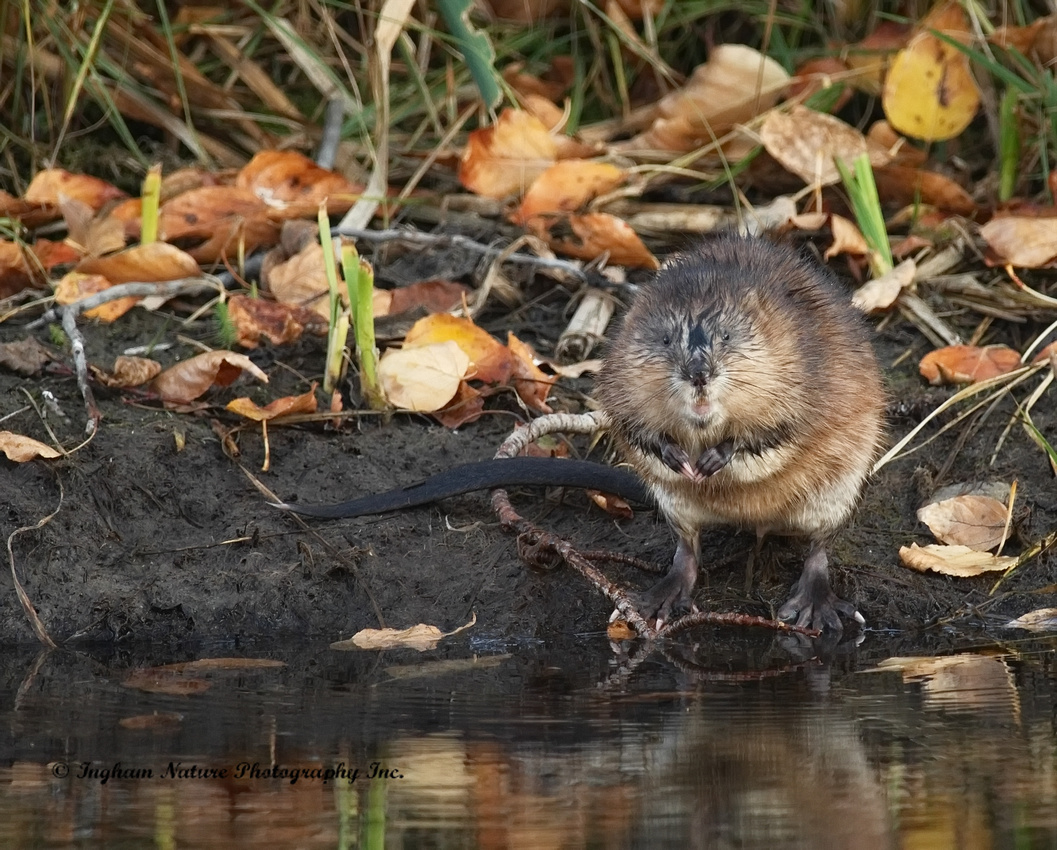 PHOTO #6 - You (other than a certain mink) just have to love those feet and claws. 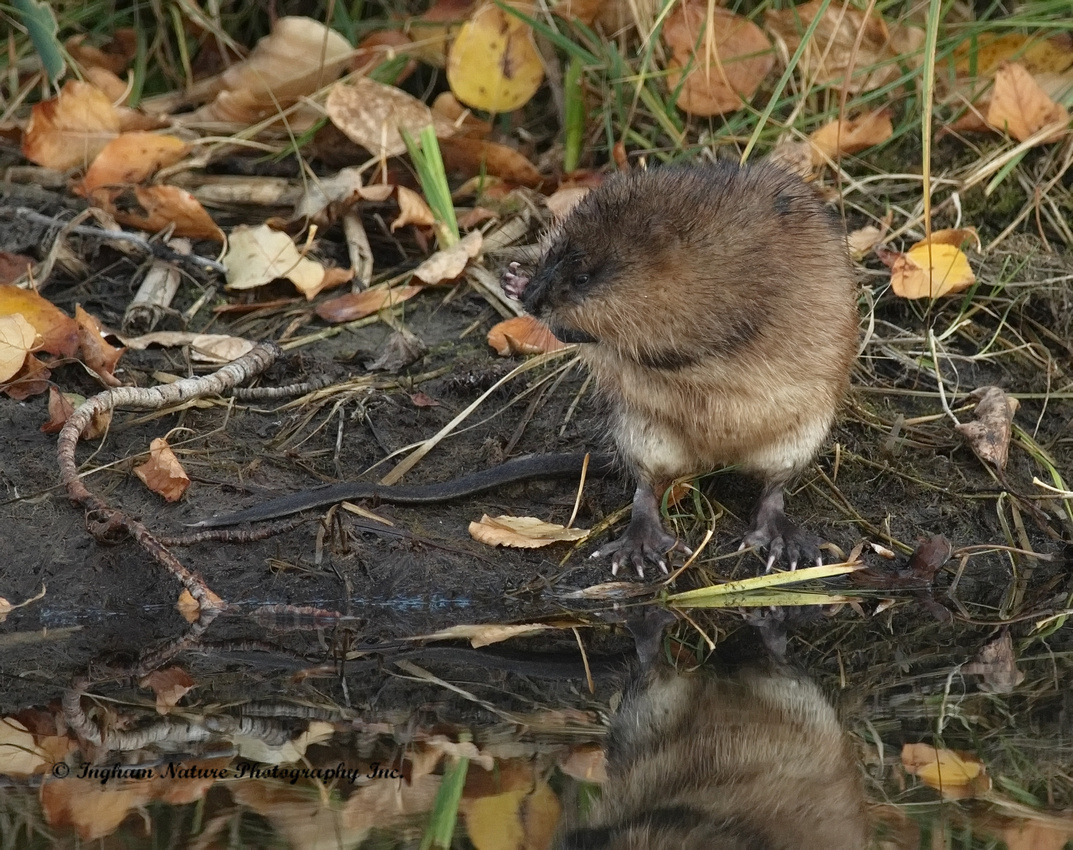 PHOTO #7 - No this isn't a muskrat in distress, just a muskrat having a good old scratch!